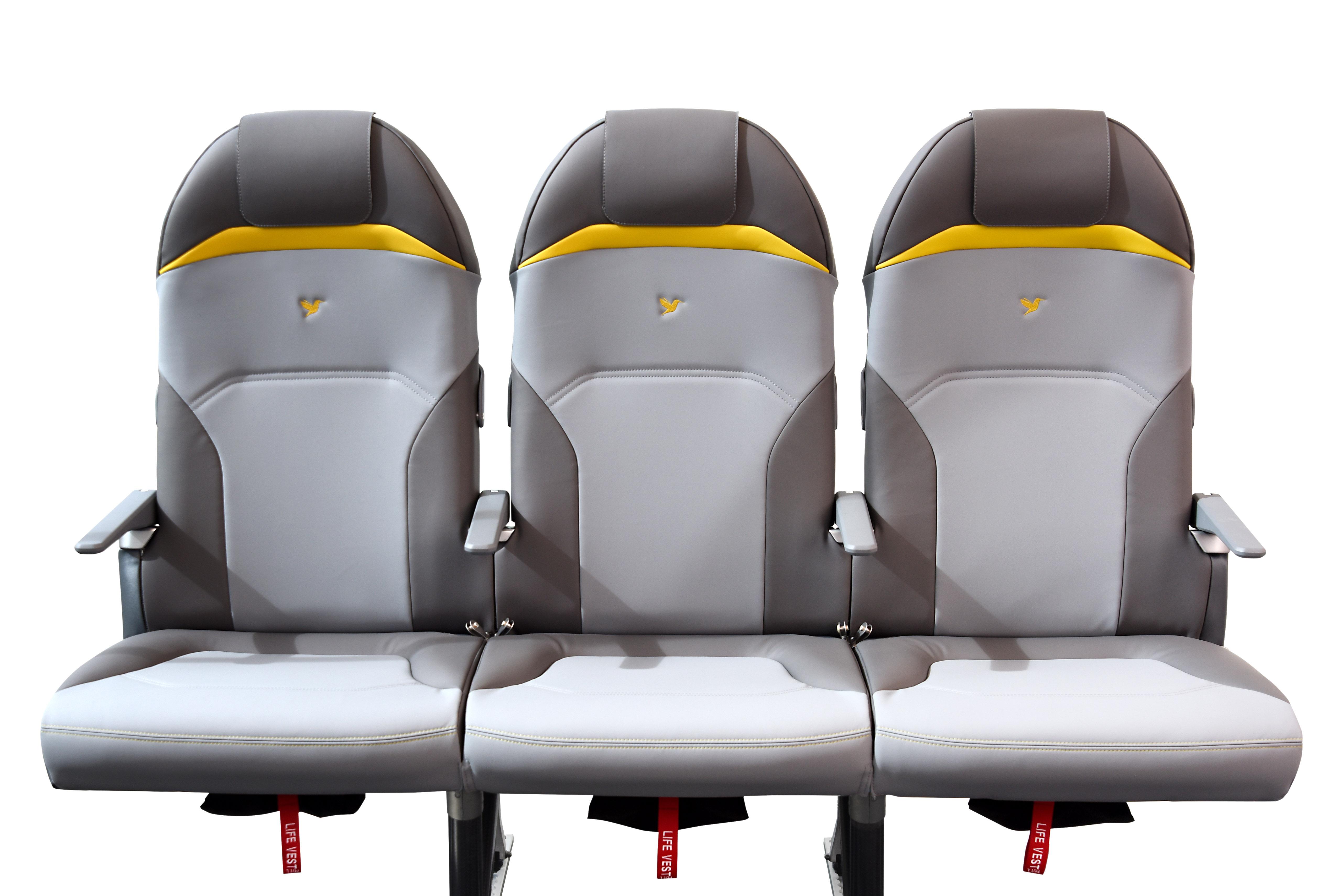 Expliseat, founded in 2011 in Paris, created the Titanium Seat. Weighing 9-11 lb., the seat is comprised of less than 40 pieces. Reducing the weight of the seat can make a big impact for airlines by reducing fuel costs and possibly meaning fewer components to maintain. This seat can remove up to 2 tons of weight from an aircraft. The Titanium Seat NEO was created with Peugeot Design Lab to offer an updated design and technology. 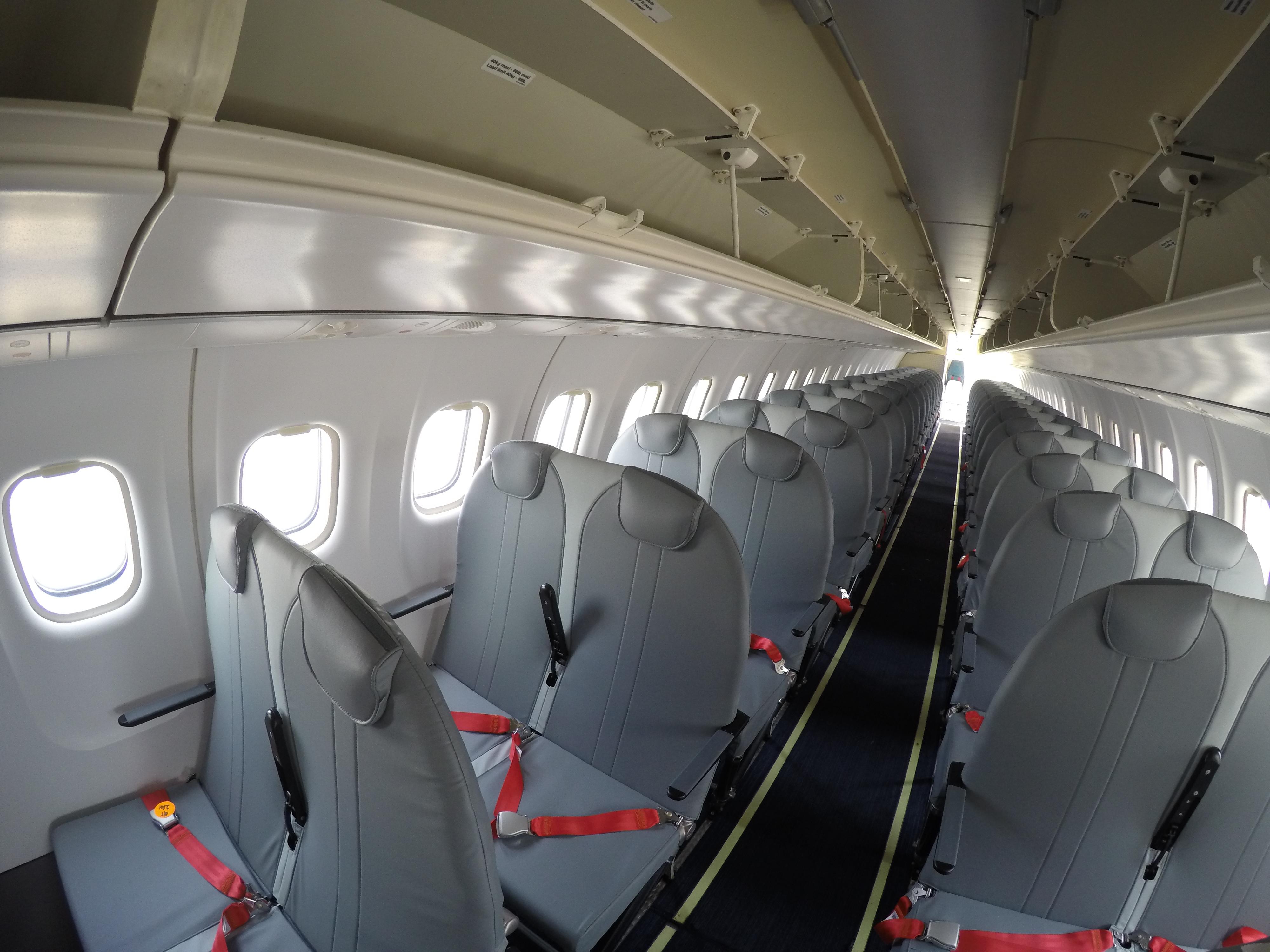 Air Tahiti Gets On Board With Expliseat

In June 2016, Air Tahiti became the launch customer for the Titanium Seats to be on regional aircraft. Air Tahiti’s eight ATR 72s and two ATR 42s will be equipped with the seats by September 2017. Initially, the Titanium Seat as developed for medium-haul Airbus A320s and Boeing 737s.  Air Tahiti hopes to carry two, three or four more passengers with the installation of the Titanium Seats. As for comfort, the manufacturer recommends that the seat is best for up to 7-hr. flights. 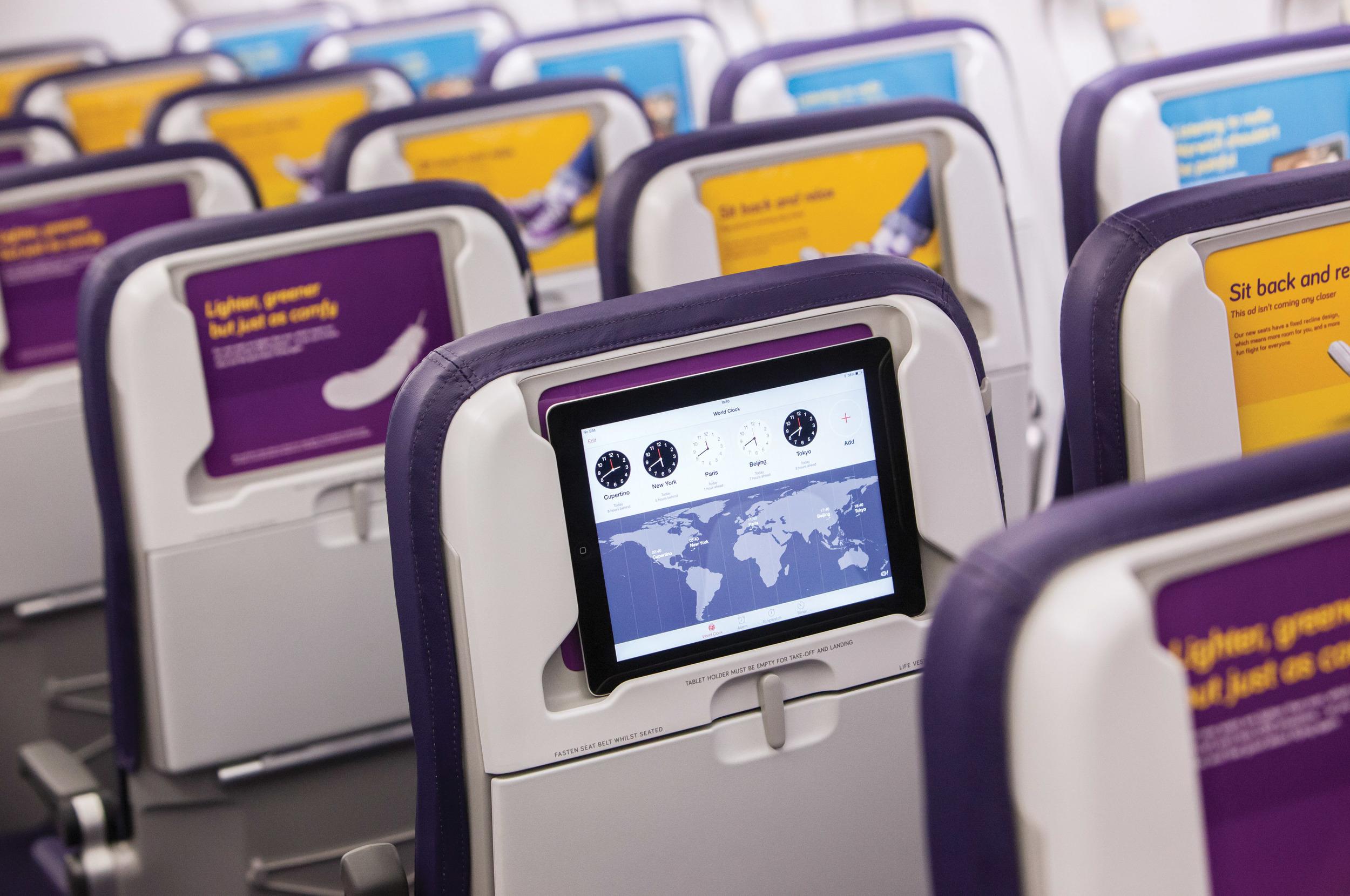 In June 2014, Pitch Aircraft Seating launched the PF2000 economy seat with Monarch Airlines. The seat is designed with a dress cover system to reduce dirt traps, making cleaning easier and quicker between flights. The seat weighs 55 lb. per triple-seat system, adds 2.5 in. of leg room compared to standard economy seats and is best for short-haul flights. 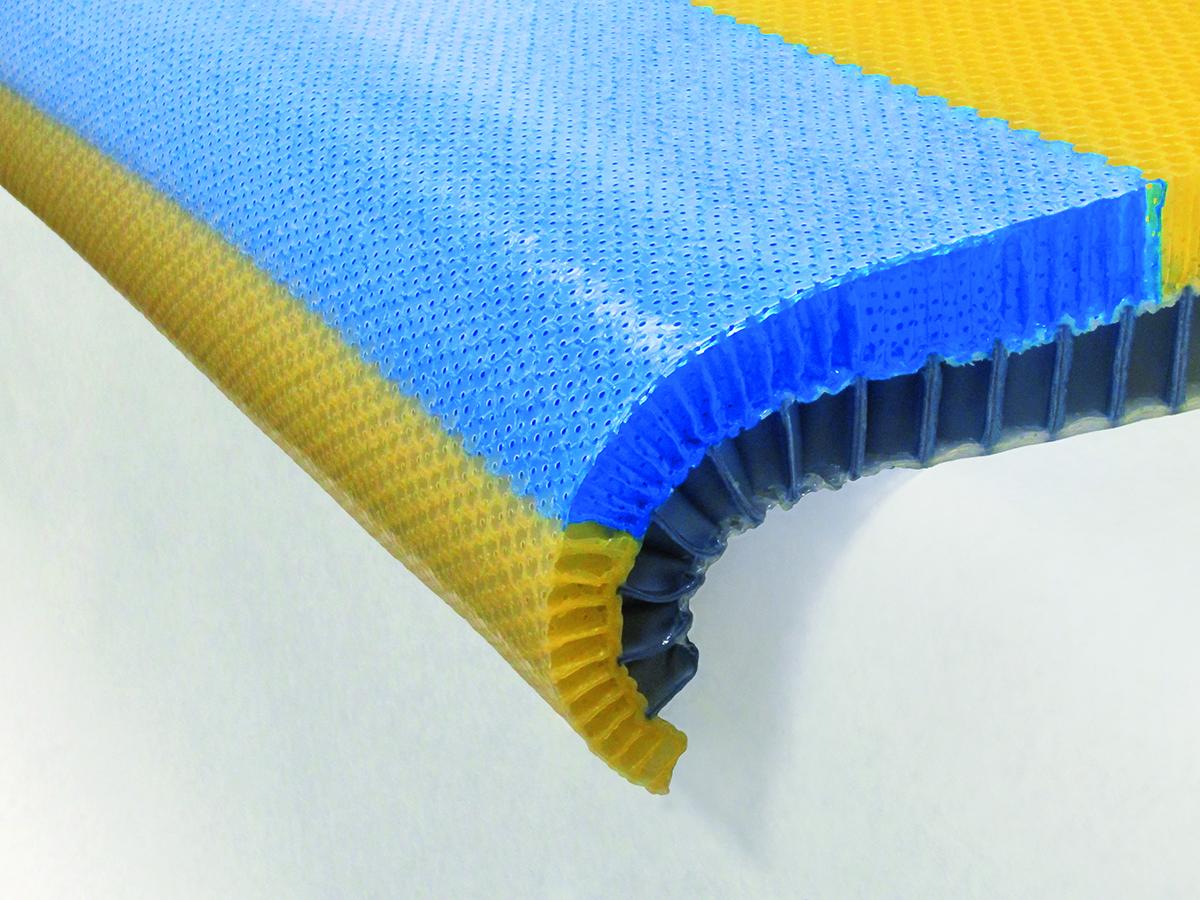 Stimulite by Supracor is a seating material made out of thermoplastic urethane (TPU). The design mimics honeycombs, leaving 90% of the cellular matrix open. The material is different than memory foam in that it absorbis energy and impact at different angles.

The seat material is featured in crew rests on Boeing 787s and 747-8 long-range aircraft.

By adding perforations in the cell walls of the Stimulite seat, air circulates and moisture evaporates, which optimizes long-term sitting. The material is also compliant with fire, smoke and toxicity requirements for 14 CFR Part 25 and corresponding OEM specifications. Non-halogenated flame-retardant technology is one benefit of the TPU material. 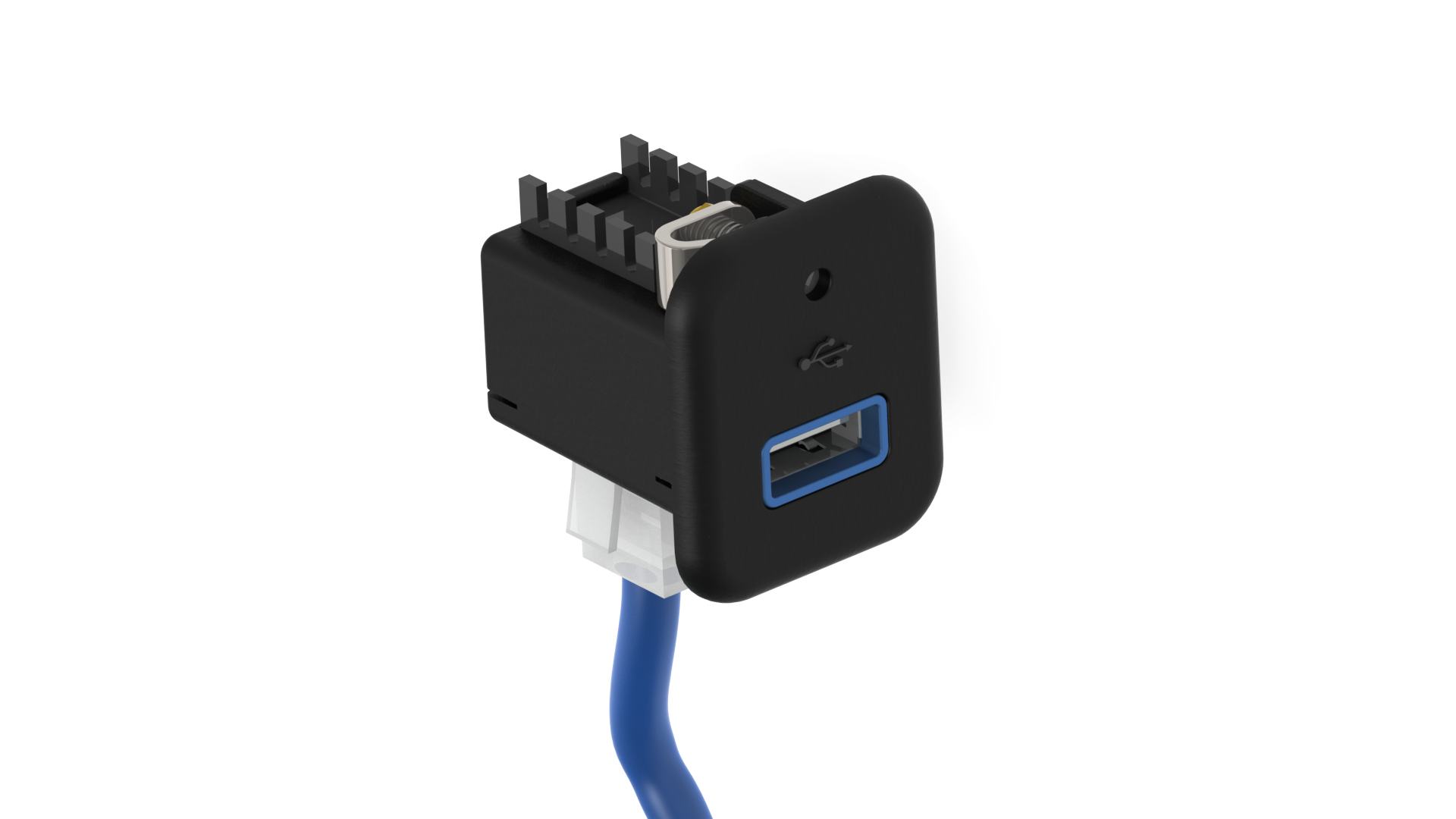 Power To The Seat

The in-seat power by DigEcor can be installed as a stand-alone product or embedded in a seat-back system including DigEcor’s GLIDE system. This includes 5-volt, 10-watt (2.1-amp) USB charging and 110 volts for charging personal devices.

To install, there are three LRUs (line replaceable units) options, including a USB seat box, remote USB power outlet on the seat or a power supply unit that can be monument or mounted on the ceiling. 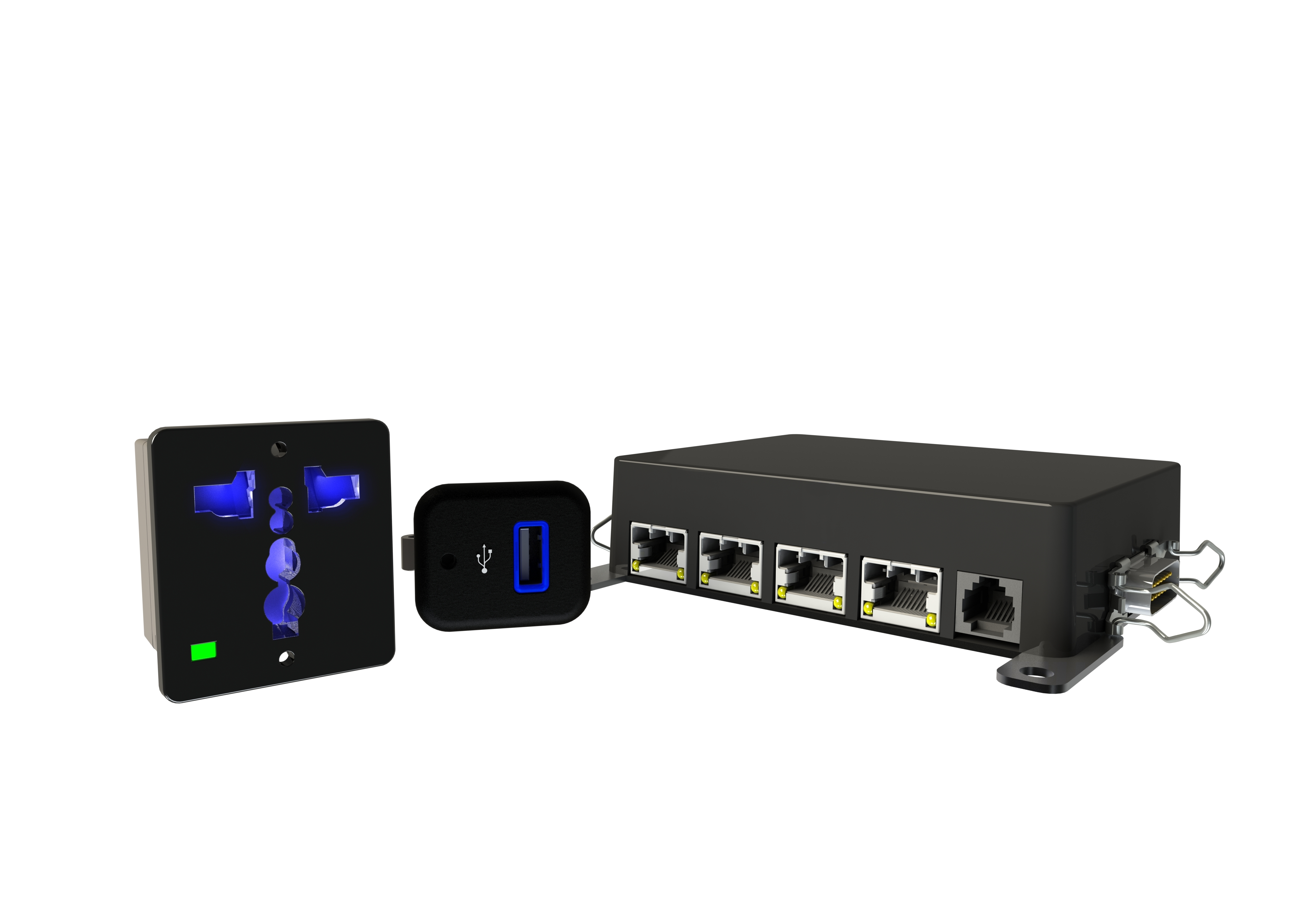 One power supply unit powers up to 100 seats and the weight per passenger is 0.7 lb. If the seat boxes or power supplies fail, passengers can still access USB power through redundancy architecture. There is a cabin management terminal option that interfaces with the major aircraft systems, allowing for maintenance data to offload and content to upload through a cellular network and allowing for control over the power availability to passengers for potential revenue. 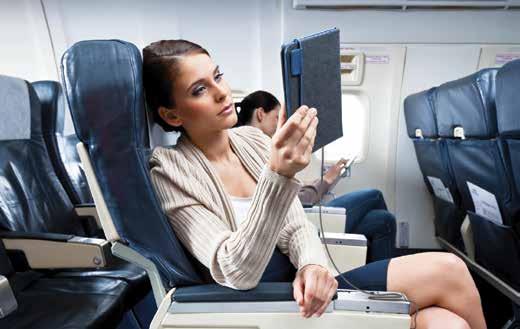 Recently, Eirtech Aviation announced that Spanish operator Privilege Style has selected its in-seat passenger power system for the fleet’s Boeing 757 and 767 aircraft. The charging system weights 0.7 lb. per three-seat configuration. They system is also available for Airbus A320 aircraft. 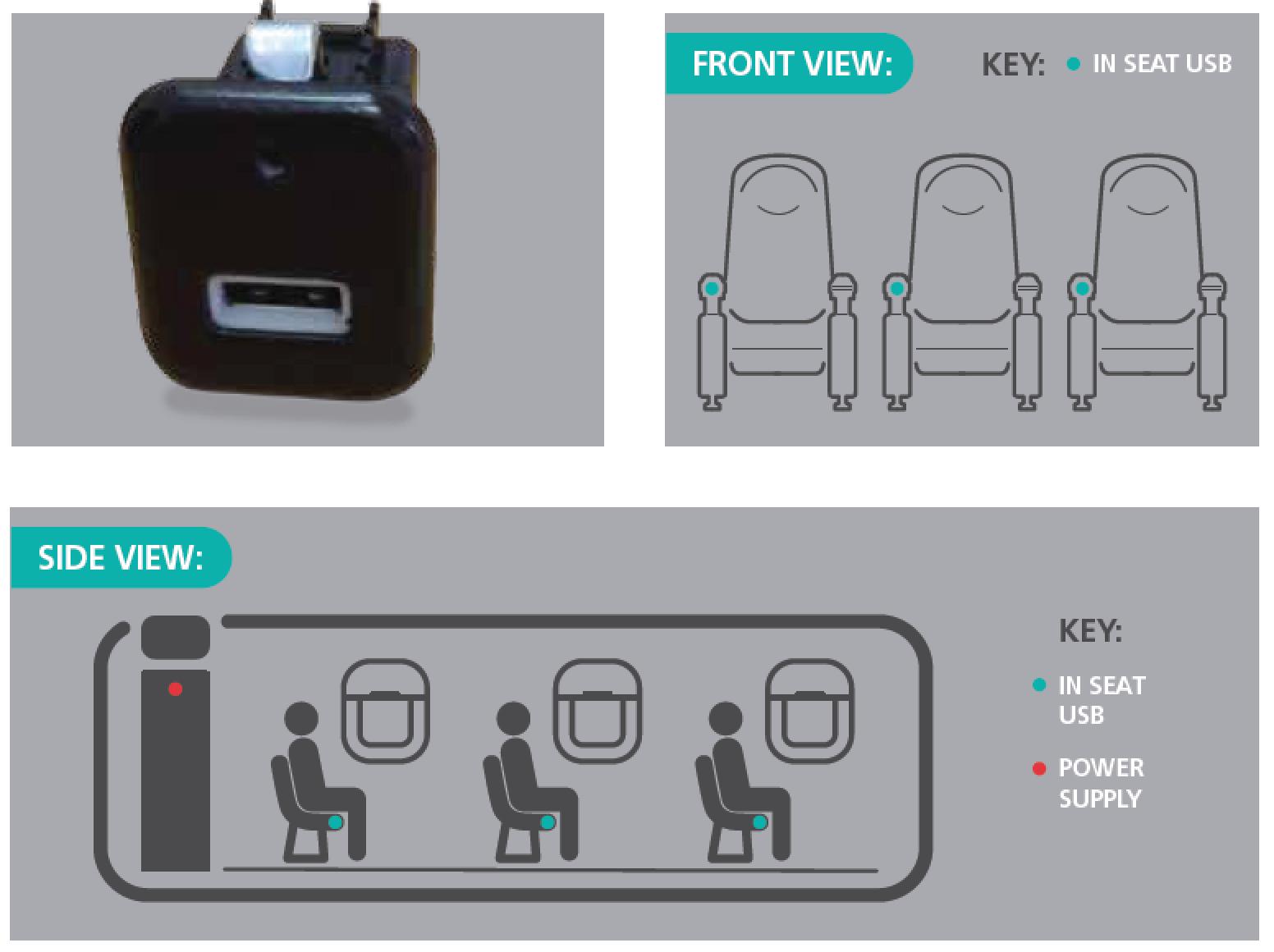 Eirtech Aviation's USB system does not require modification of the seat to be installed, making the system easy to remove or transfer. The product also offers an independent flight crew and cabin crew isolation switch to control the entire system, if required.

A small but extremely convenient feature includes a reversible USB outlet, allowing the USB to be inserted both ways.

Even short flights can seem long if your seat is uncomfortable or your phone unexpectedly runs out of power. See the materials, structures and power options that make for a smoother flight.