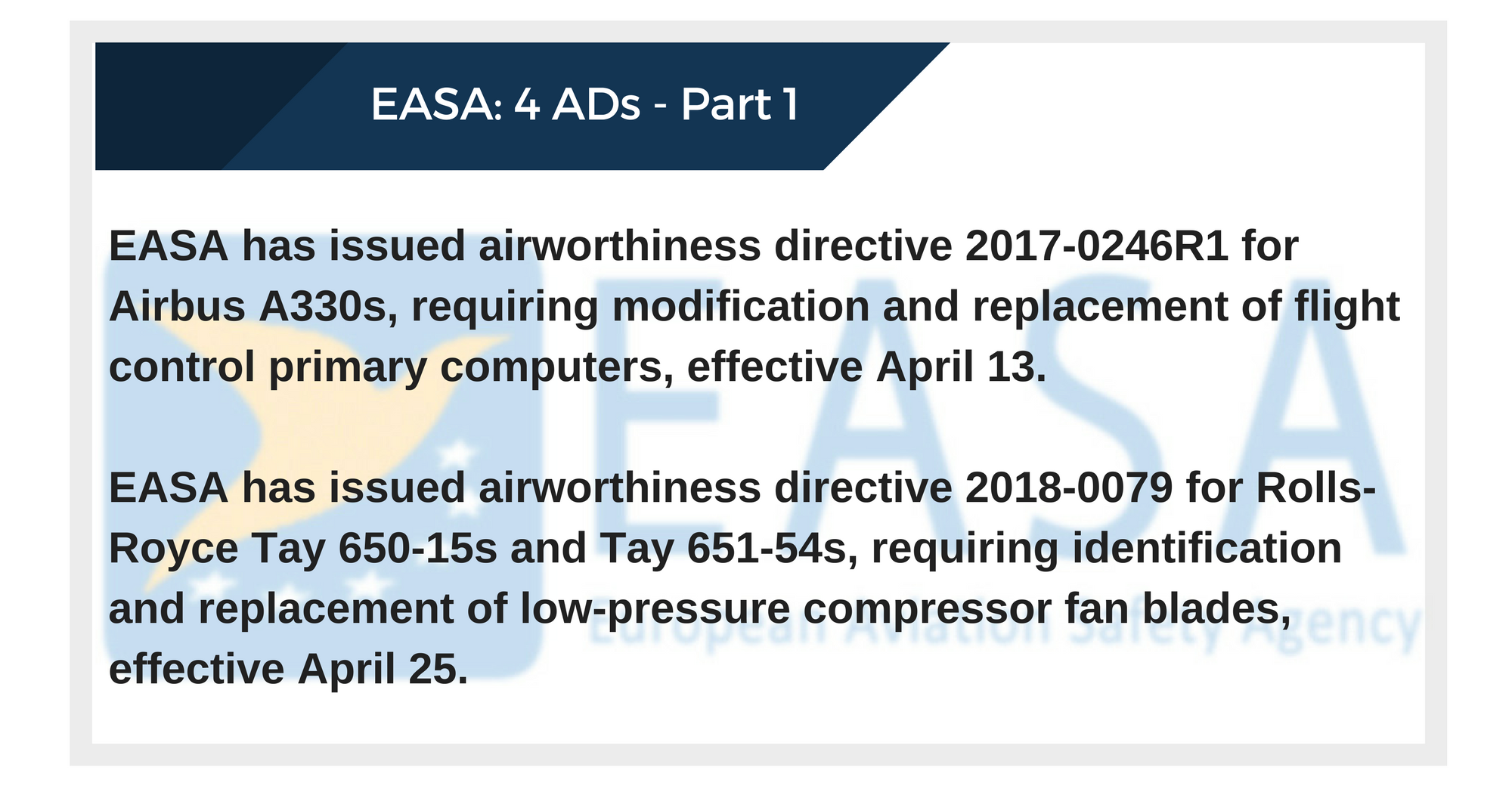 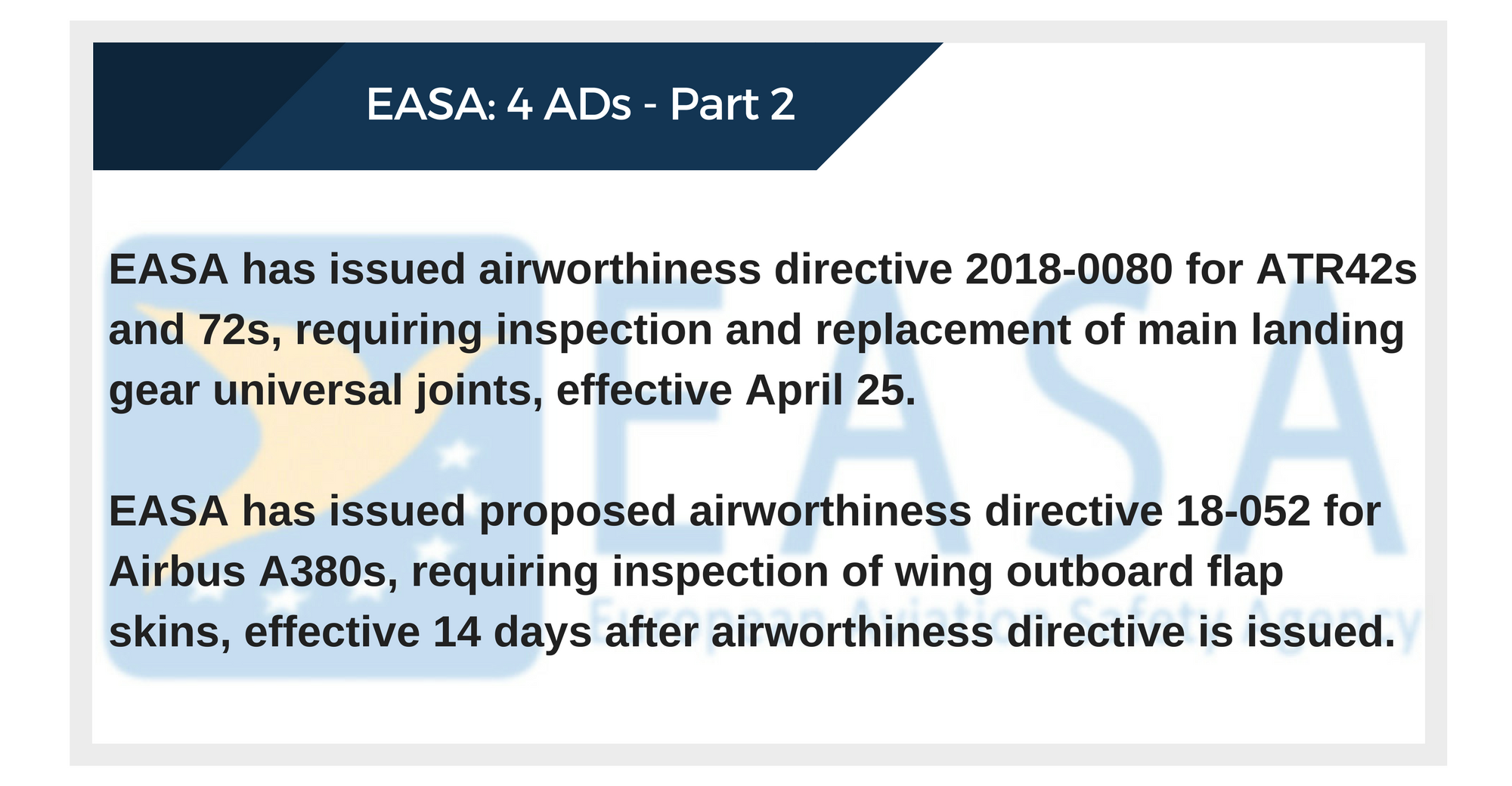 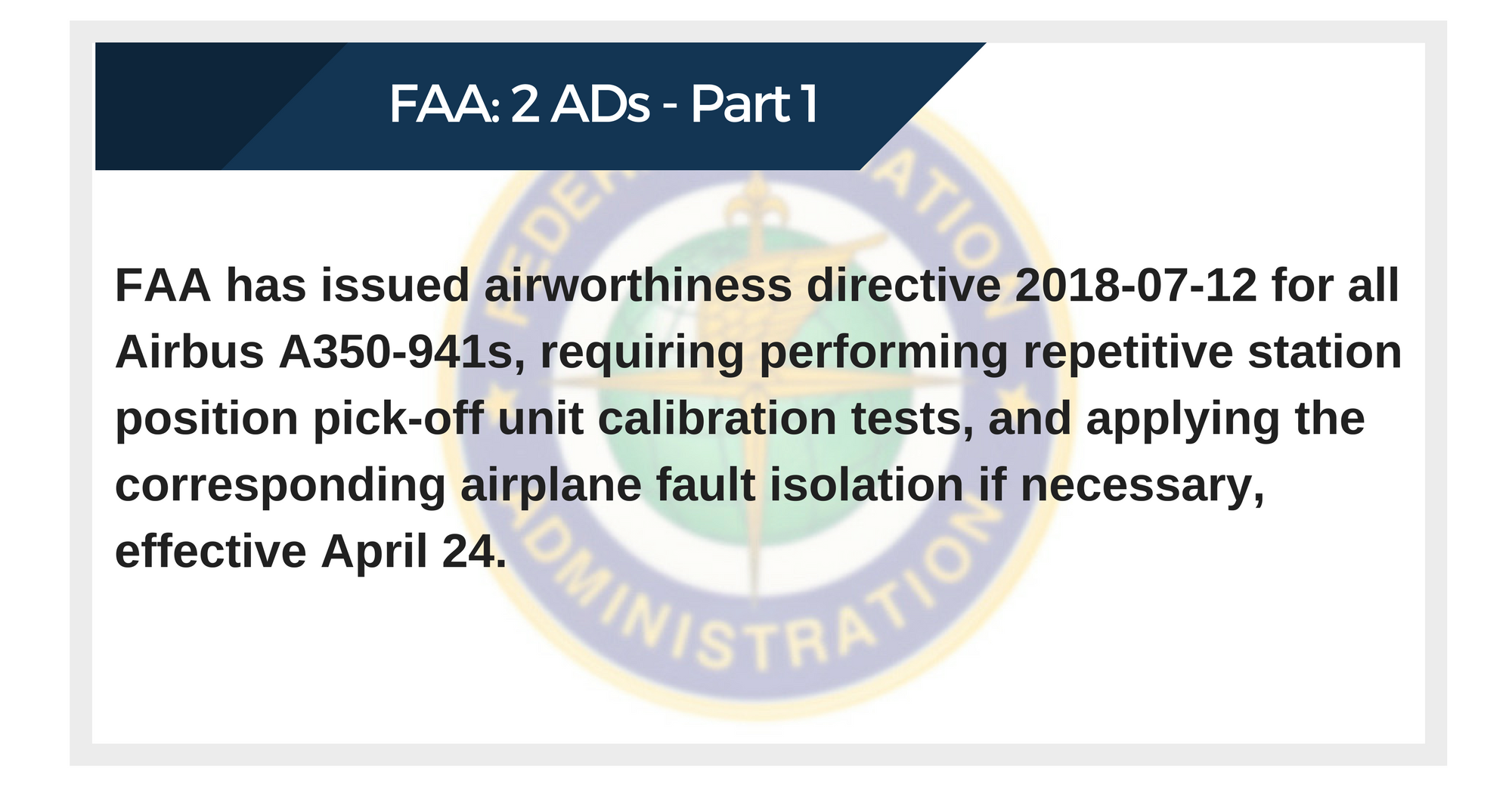 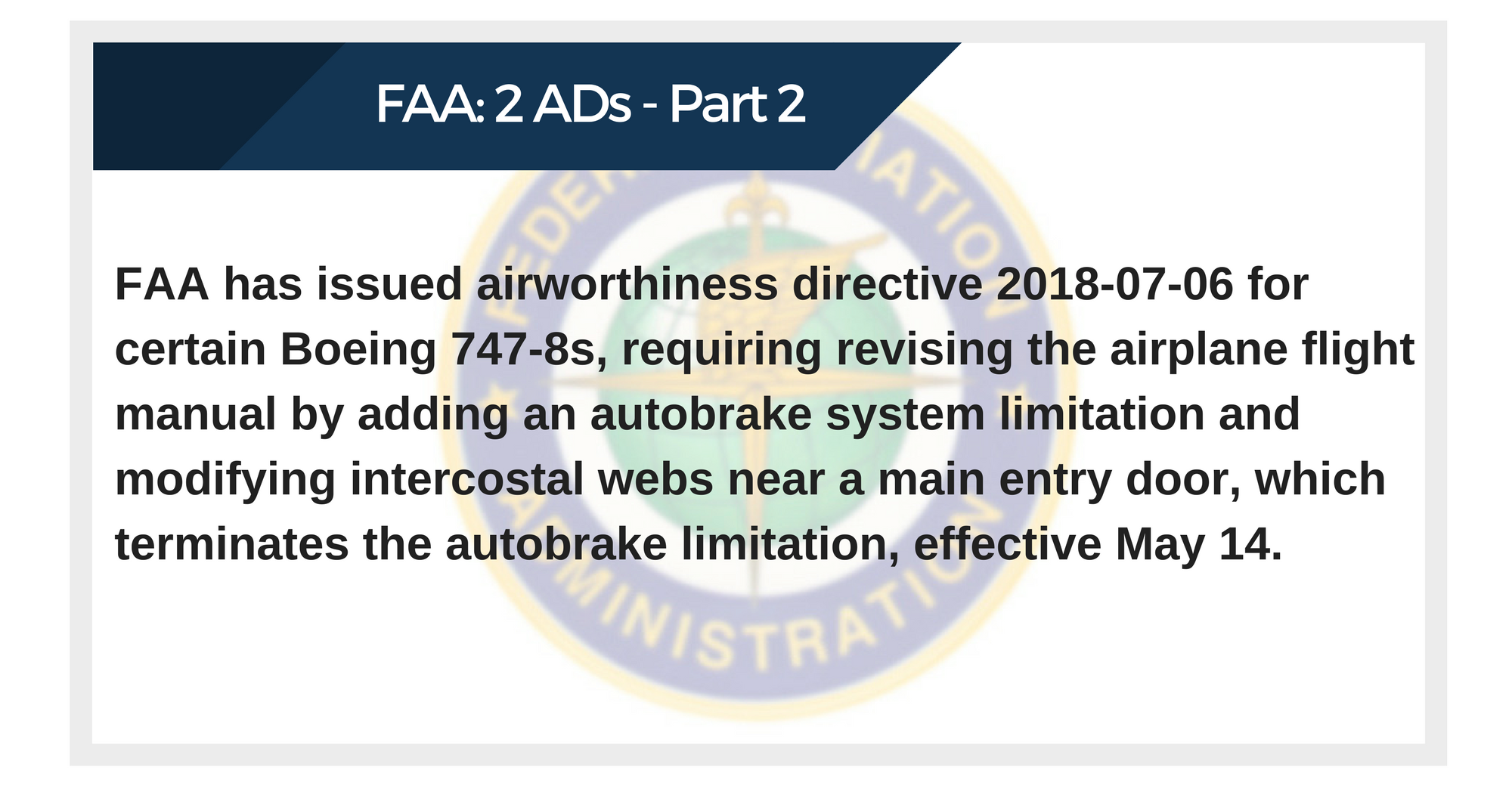 A listing of airworthiness directive and bulletins from EASA and FAA.