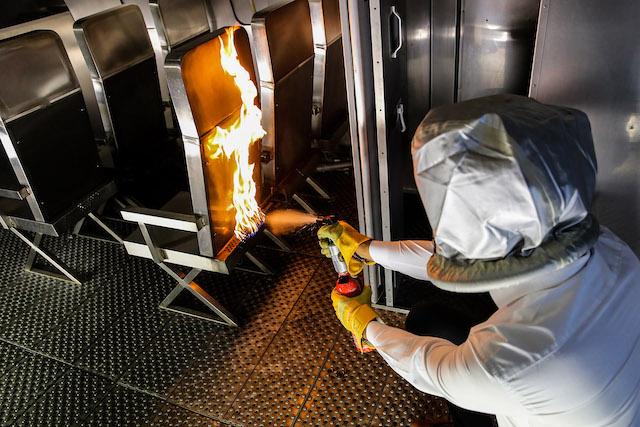 Fires—in cabins, cockpits, cargo holds, on engines and APUs or in other spots such as wheel wells and electronic bays—have long been a prominent danger to aviation. Fatal crashes due to several fires and a fiery explosion in the 1990s intensified concern about onboard fires. But in 1993, the Montreal Protocol banned new production of halons, popular and widely used extinguishing agents for fire suppression on aircraft, thus escalating halon costs. Halon use is supposed to end entirely by 2040. 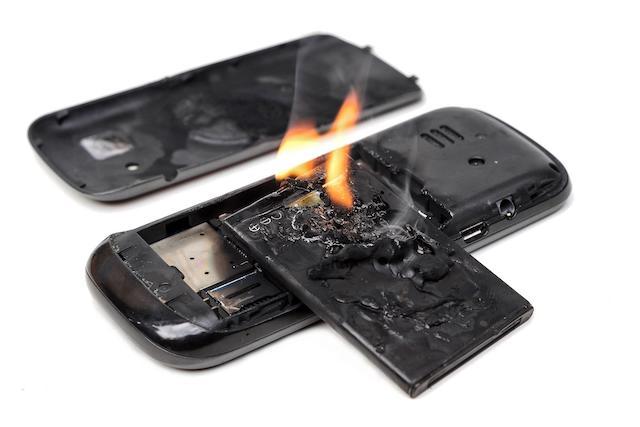 The new millennium brought greater challenges: lithium batteries in the rapidly expanding consumer electronics market are potentially dangerous, and halon was not very effective in suppressing battery fires. Passengers can carry battery-powered devices in cabins or check them with hold luggage. And electronics manufacturers are shipping bigger volumes of battery-powered devices in bellies or freighters. 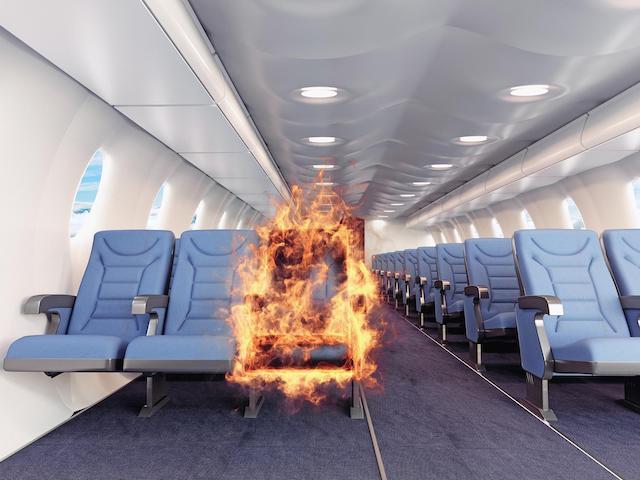 In 2018 the European Union Aviation Safety Agency (EASA), under Cargo Compartment Fire Detection Instrument standards, began seeking fire-detection systems that are less prone to false alarms and more alert to actual fires. Finally, the International Civil Aviation Organization recently banned halon use in new aircraft, and the European Union has or will soon set end-use dates for halons on aircraft registered in the EU. Thus, facing challenges on several fronts, fire-suppression OEMs are innovating in their suppression equipment, extinguishing agents and detection devices. 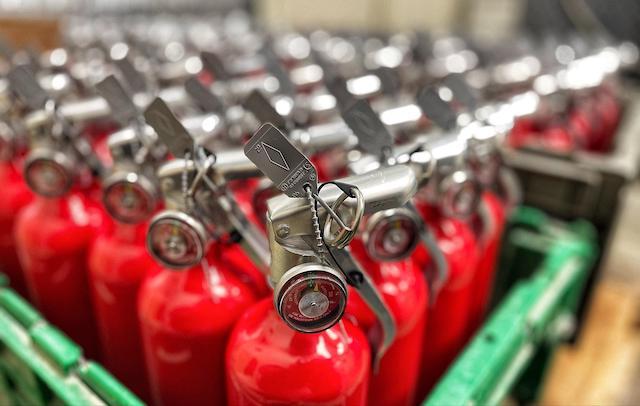 In June 2021, Amerex released its new line of portable fire extinguishers designed for mid-air onboard applications. Replacing Halon 1211, the new extinguishers use Halotron BrX clean agent, a high-performance clean extinguishing agent which is volatile and electrically non-conductive, and which is designed for efficient firefighting. It contains bromine, a chain breaker that interferes with chemical transitions necessary for combustion. 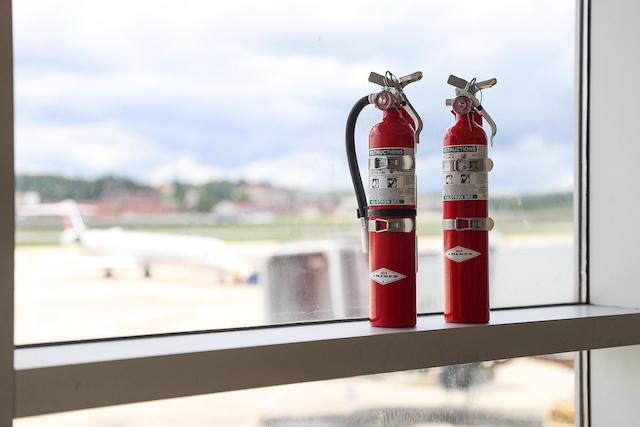 Other common clean agents, including hydrofluorocarbons and fluoroketones, extinguish fires primarily by removing heat. The bromine in Halotron BrX enables lower weight compared with other halocarbon clean agents that do not break combustion chains. And as a clean agent, Halotron BrX does not leave potentially harmful residues, in contrast with conventional dry chemical agents such as mono-ammonium phosphate and potassium bicarbonate, which both leave fine particle dust. The Amerex BrX formula also meets strict environmental guidelines set by the U.S. Environmental Protection Agency and EASA. 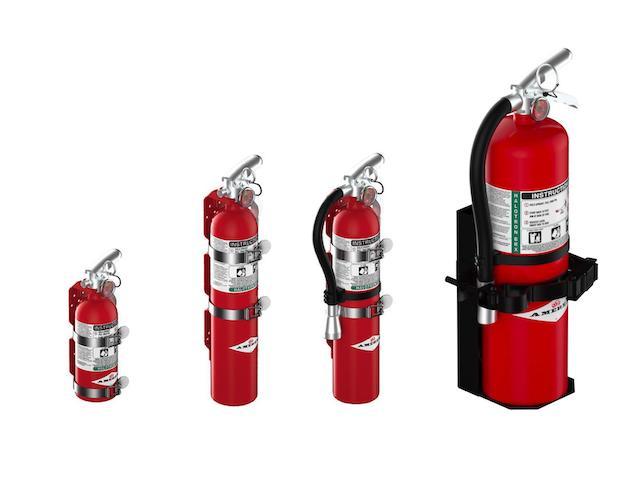 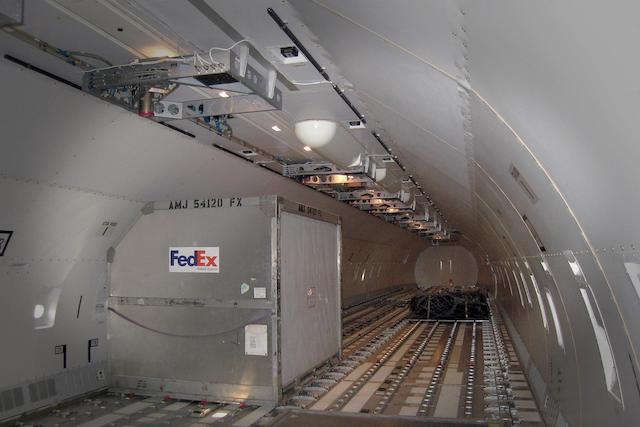 Ventura Aerospace makes a fire-suppression system for the main deck of freighters, where the major new suppression challenge is increasing shipments of undeclared potentially hazardous materials, chiefly batteries. Ventura developed these fire-suppression systems in 2008 and they are now used by FedEx on the main-deck cargo compartments of Boeing MD-11Fs and 777Fs. Ventura is currently developing a similar system for the 767-300F. Regulations do not require fire suppression on main decks of freighters because there are no passengers at risk, so the benefits of this system include a reduction in insurance rates and reduced risks of hull (and cockpit crew) loss. 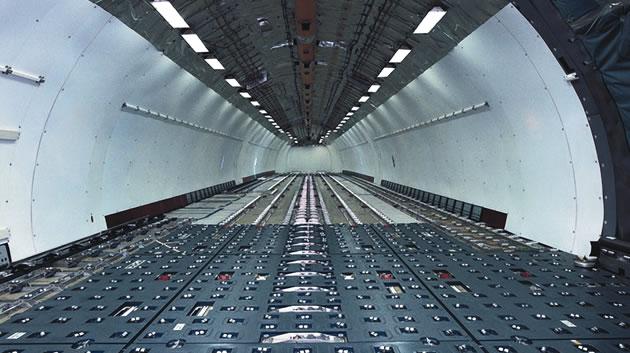 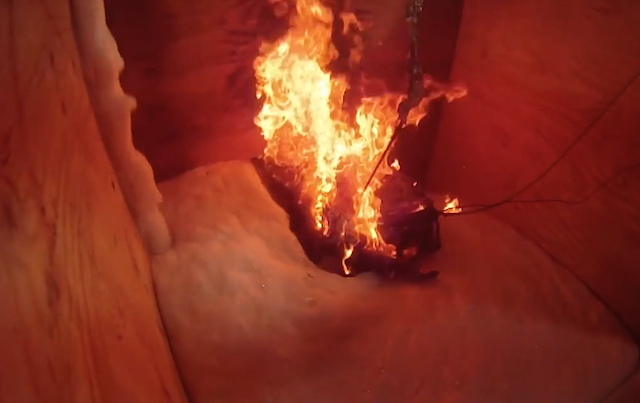 The technique works in two ways. The foam exerts a cooling effect as it soaks through cardboard packaging and the argon inerts the air in the compartment for four hours, giving the crew plenty of time to reach an airport. The Ventura system is automatically triggered by detecting increases in temperature any place in the main deck cargo compartment. The crew is also alerted while the system immediately trains its argon foam on the specific location where heat is increasing. 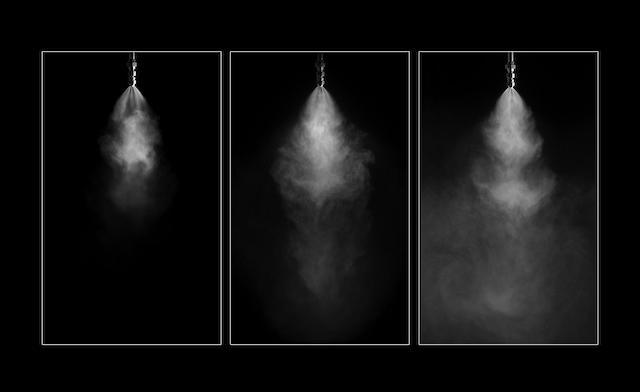 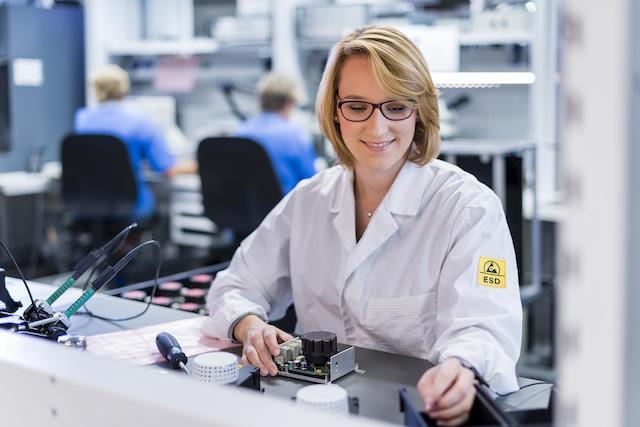 The Diehl system has passed FAA’s stringent minimum performance standard tests for fire suppression. Diehl’s fire suppression system is initially intended for cargo compartments below deck, but its smoke detectors can be installed in all areas of an aircraft where fast, reliable smoke detection is required—for example, in cargo compartments, electronics bays or lavatories of both cargo and passenger aircraft. In order to detect fires and smoke emissions as quickly as possible, Diehl used both optical and flow simulations to optimize its smoke detectors. 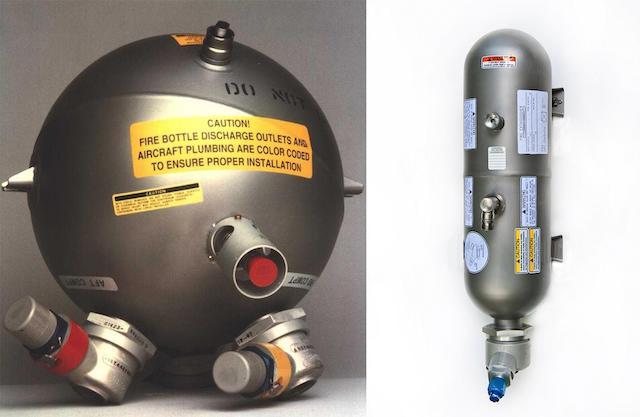 Collins Innovates Across the Board In Fire Suppression

Collins Aerospace developed a drop-in replacement for halon that has used a non-ozone depleting agent in lavatories for more than ten years. Collins also offers a drop-in replacement, using the same aircraft interface, for its halon portable extinguishers in cabins and cockpits that also uses a new, environmentally-friendly extinguishing agent.

For suppressing engine and APU fires, Collins’ Kidde Technologies subsidiary has developed KSA, a non-toxic, environmentally-friendly extinguishing agent whose weight and volume matches current halon systems and uses existing mechanical and electrical interfaces in aircraft. Collins is also developing a cargo bay fire suppression system that is weight- and volume-equivalent to existing halon systems. Both engine and cargo bay systems should be fielded under new type certification programs in the near future. Collins will then offer drop-in replacements for fire suppression in cabins, cockpits, lavatories, engines, APUs and cargo bays. 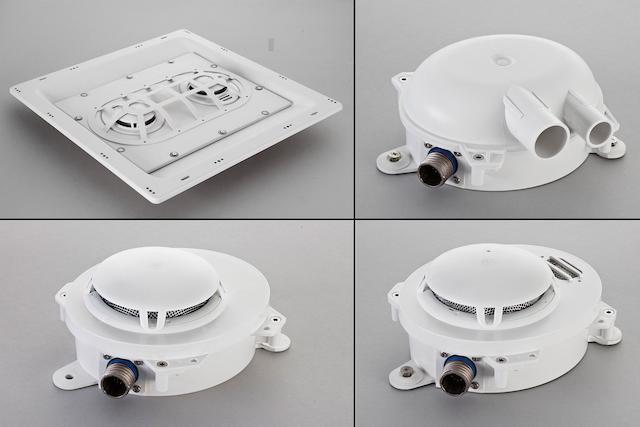 Siemens has more than 150,000 fire detectors installed in more than 10,000 aircraft globally. Its smoke detectors are installed in cabin, cargo and avionics compartments. These detectors were developed for harsh environments, detect the broadest types of fire and ignore nuisances such as dust, aerosols, mist and condensation. The company uses paraffin wax smoke generators to create realistic fire conditions and test its detectors. Its smoke detectors combine temperature measurement, humidity sensing and dual-optical technology for what it says is superior detection and avoidance of nuisances or false alarms. By analyzing data received from its detectors, Siemens continuously fine tunes the reliability and performance of these devices. 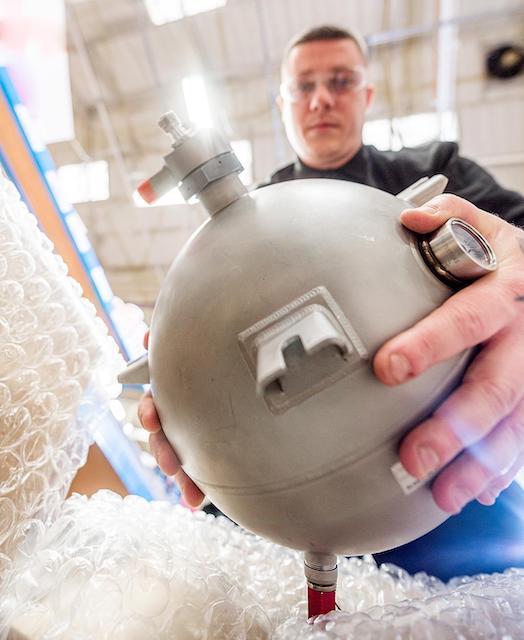 Meggitt has mainly been working on fixed fire-suppression systems for engines, APUs and cargo compartments. The company’s latest research is aimed at developing as close to a drop-in alternative to halon extinguishing agents as possible, minimizing any changes to aircraft architecture. It is currently demonstrating the effectiveness of its latest agent, Verdagent, which behaves in a manner similar to Halon 1301. This agent has already passed FAA’s minimum performance standard for cargo applications and has moved into higher-fidelity testing phases to mature the technology-readiness level. It is very close to a Halon 1301 system in terms of operation, performance installation and maintainability. Meggitt says other solutions may require aircraft changes, can have significant weight impacts and may not be as clean as Halon 1301 or Verdagent.

A look at how OEMs are innovating aircraft fire suppression systems as regulators move the industry away from halons.