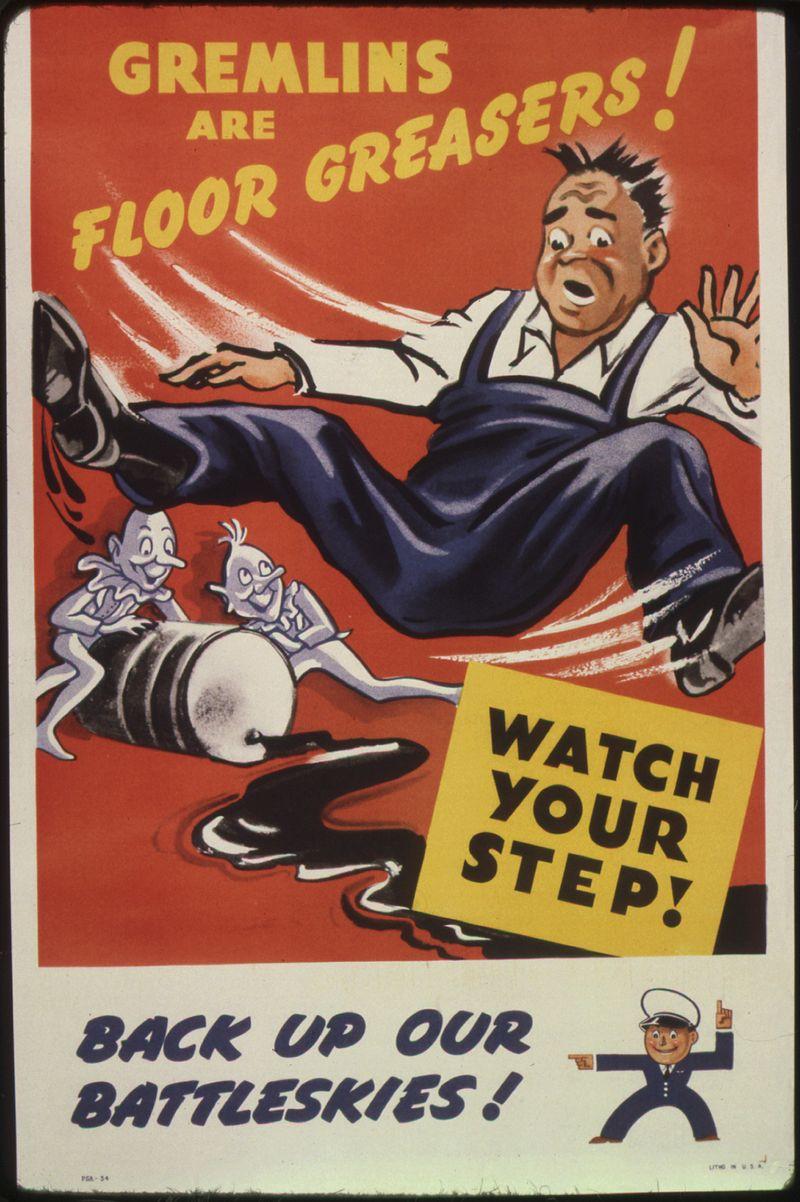 Origins of the term “gremlin” came from airmen in World War II claiming that these creatures were responsible for sabotaging aircraft. Some claim "gremlin" derives from the Old English word “germian” meaning “to vex.” This term originates from Royal Air Force slang in the 1920s among pilots stationed in Malta, the Middle East and India. 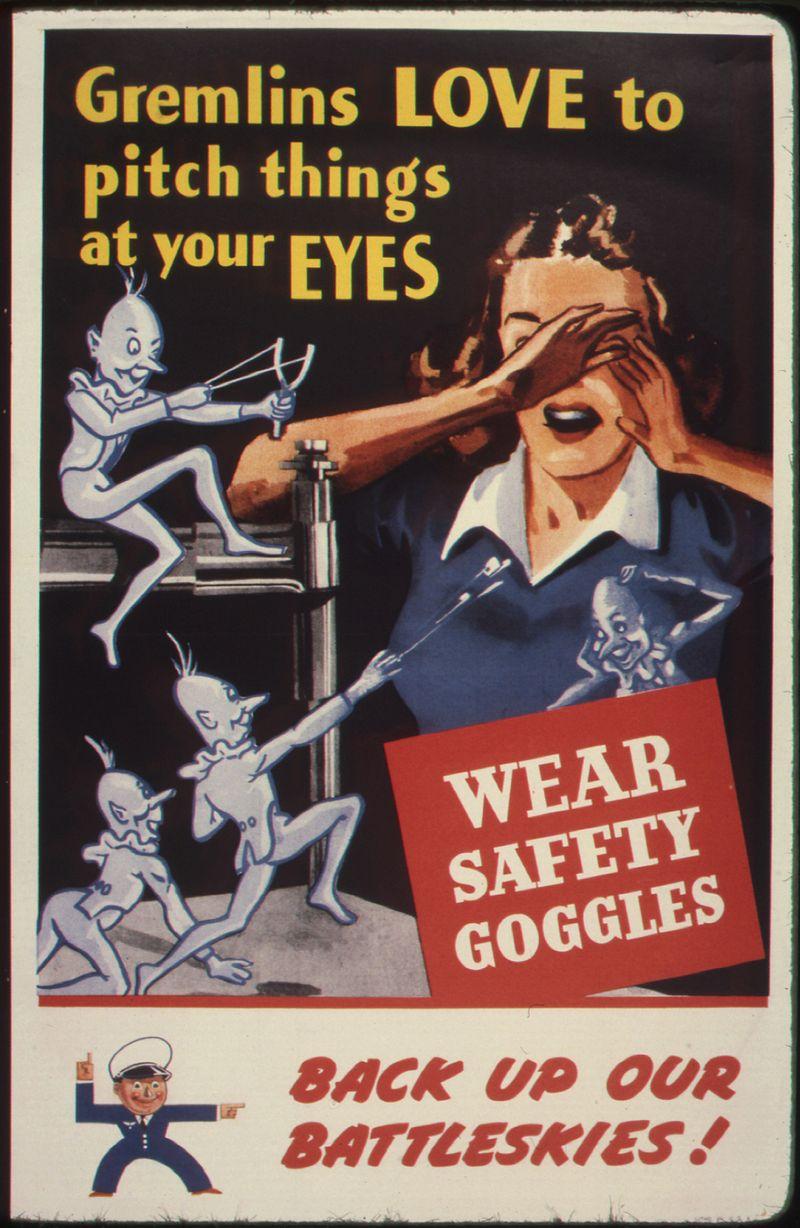 Scotland was described as “gremlin country” in an early reference to gremlins in Pauline Gower’s The ATA: Women with Wings (1938) where the mystical creatures are accused of cutting the wires of biplanes. 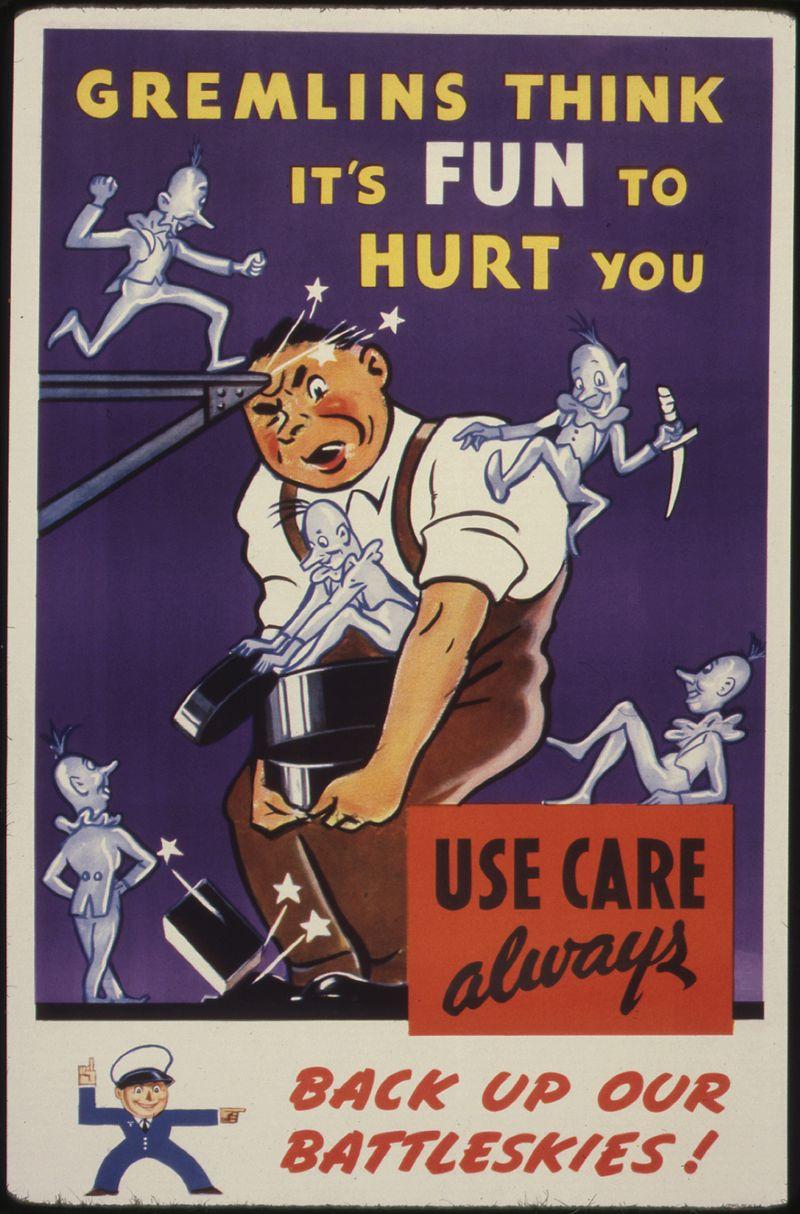 Popularized in World War II among airmen of the U.K.’s RAF units, gremlins were blamed by flight crews for unexplained complications that occurred during flights. 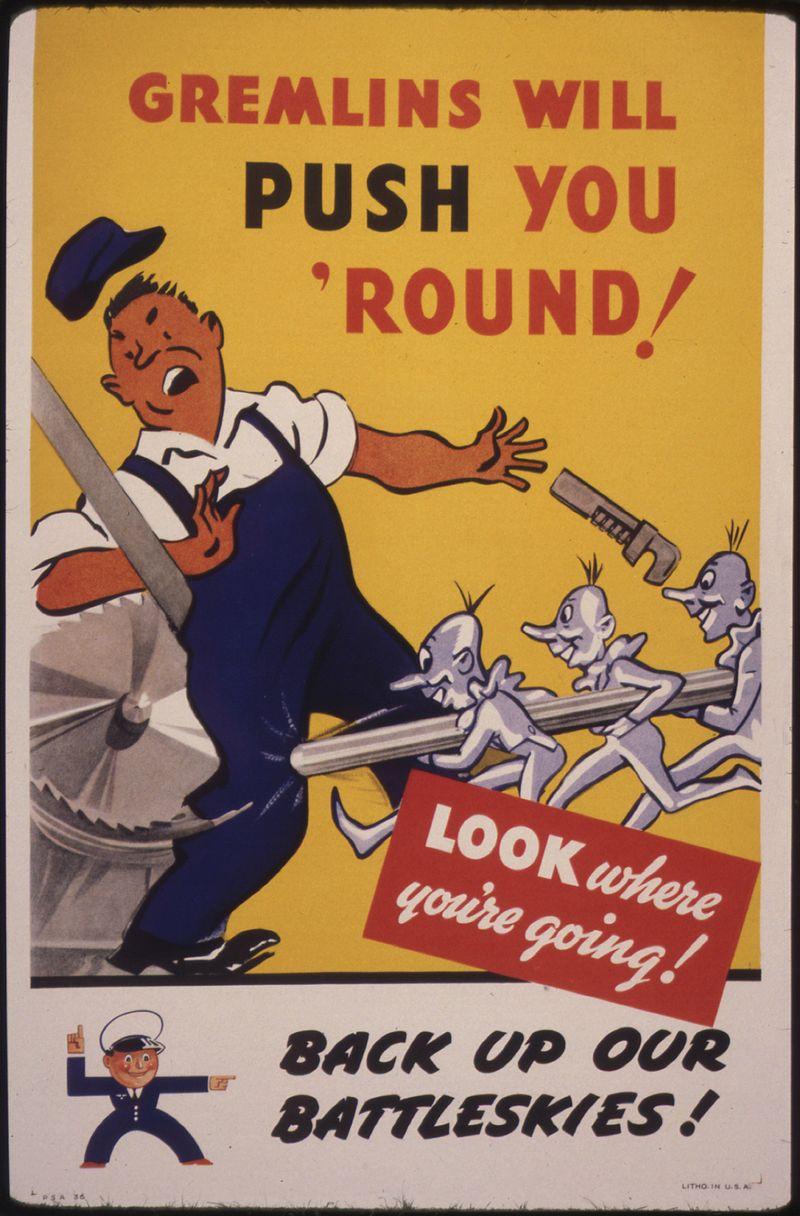 These critters were considered equal-opportunity tricksters as the complications of aircraft seemed to be on both sides of the war. They were used as the scapegoat when technology failed, as John Hazen, folklorist, said: “The gremlin has been looked on as a new phenomenon, a product of the machine age—the age of air.”

Mythical creatures aren’t just for fairy tale books. The MRO industry has its own supernatural creature that has vexed aircraft maintenance workers since World War II.

Song of the Gremlins

As sung by the RAF Photographic Reconnaissance Unit during the Second World War.

When you're seven miles up in the heavens,
And that's a heck of a lonely spot,
And it's fifty degrees below zero,
Which isn't exactly hot,
When you're frozen blue like your Spitfire,
And you're scared a Mosquito pink,
When you're thousands of miles from nowhere,
And there's nothing below but the drink -

It's then you will see the gremlins,
Green and gamboge and gold,
Male and female and neuter,
Gremlins both young and old.

White ones'll wiggle your wingtips,
Male ones'll muddle your maps,
Green ones'll guzzle your glycol,
Females will flutter your flaps,
Pink ones will perch on your perspex,
And dance pirouettes on your prop,
There's one spherical middle-aged gremlin
Who spins on your stick like a top.

They'll freeze up your camera shutters,
They'll bite through your aileron wires,
They'll cause your whole tail to flutter,
They'll insert toasting forks in your tyres.

This is the song of the gremlins
As sung by the P R U,
Pretty Ruddy Unlikely to many,
But fact nonetheless to the few.

Source: Online Entomology Dictionary, Word Histories and Mysteries: From Abracadabra to Zeus and The Gremlins Reform: An R.A.F. Fable