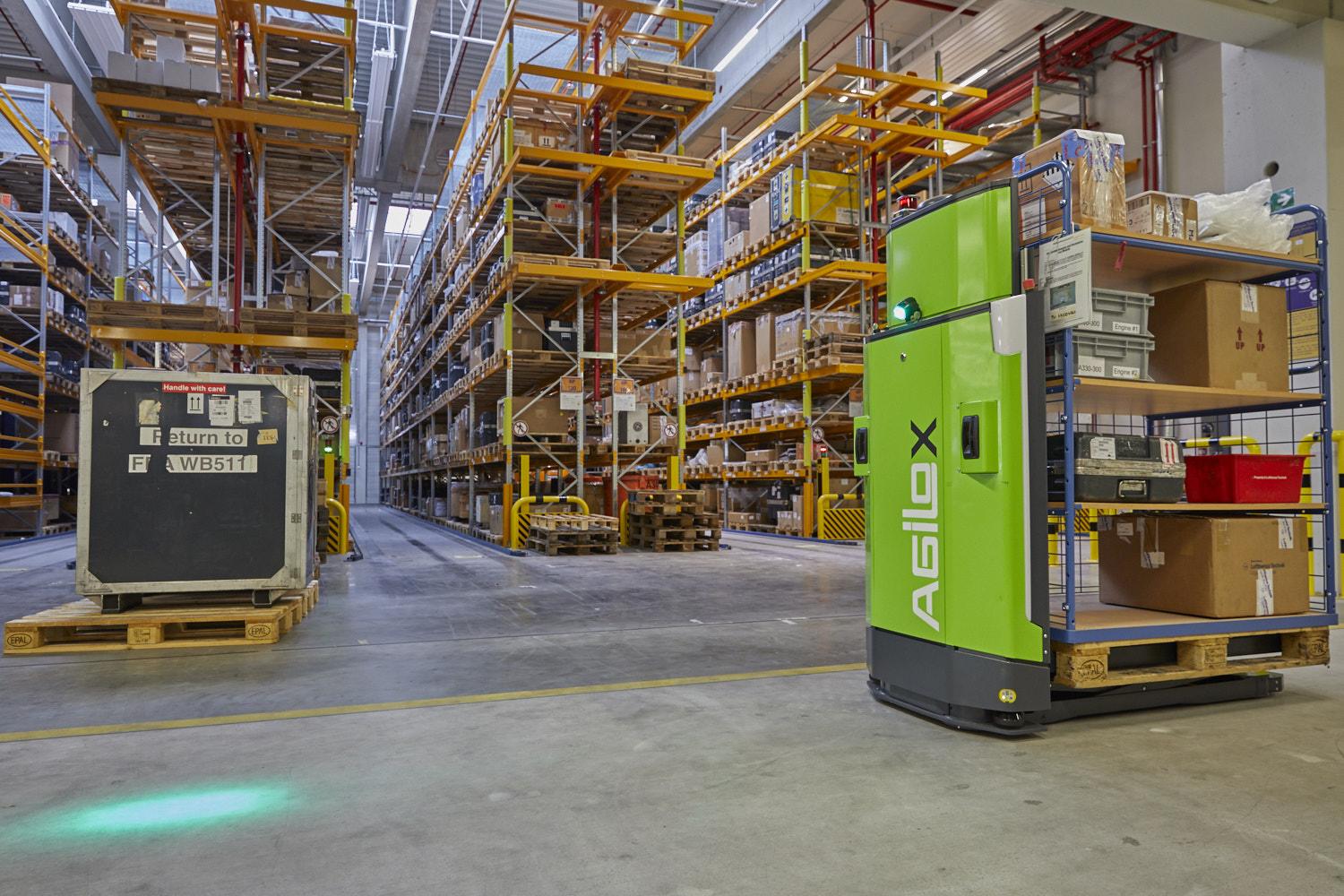 Long walking distances to retrieve parts at LTLS warehouses slows down efficiency of employees, so LTLS has been using an automated storage rack system called AutoShore since 2015. LTLS says AutoShore has allowed the company to increase the number of warehouse admissions and retrievals while reducing necessary warehouse space by more than 50%. With the new digital warehouse program, LTLS is looking to take it a step further by adding a system called Agilox. 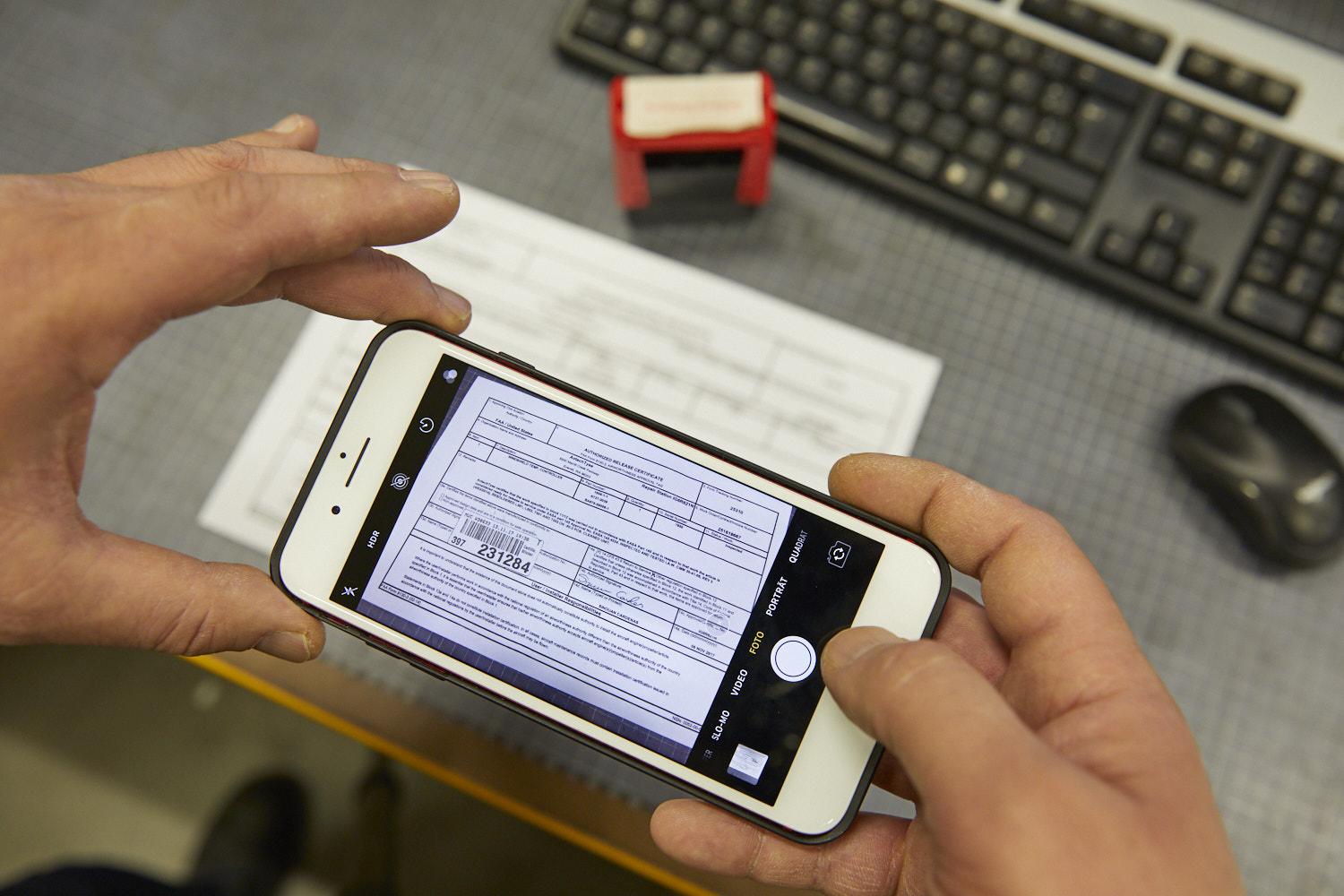 LTLS’ incoming goods department inputs data from more than 10,000 documents each day, which is both time consuming and prone to errors. To combat this inefficiency, LTLS is implementing document analysis with optical character recognition (OCR) and an intelligent content analysis through the IBM Watson system. Through these systems, data input will happen automatically instead of manually. LTLS says the technical evaluation has already taken place and OCR will be implemented by mid-2018. 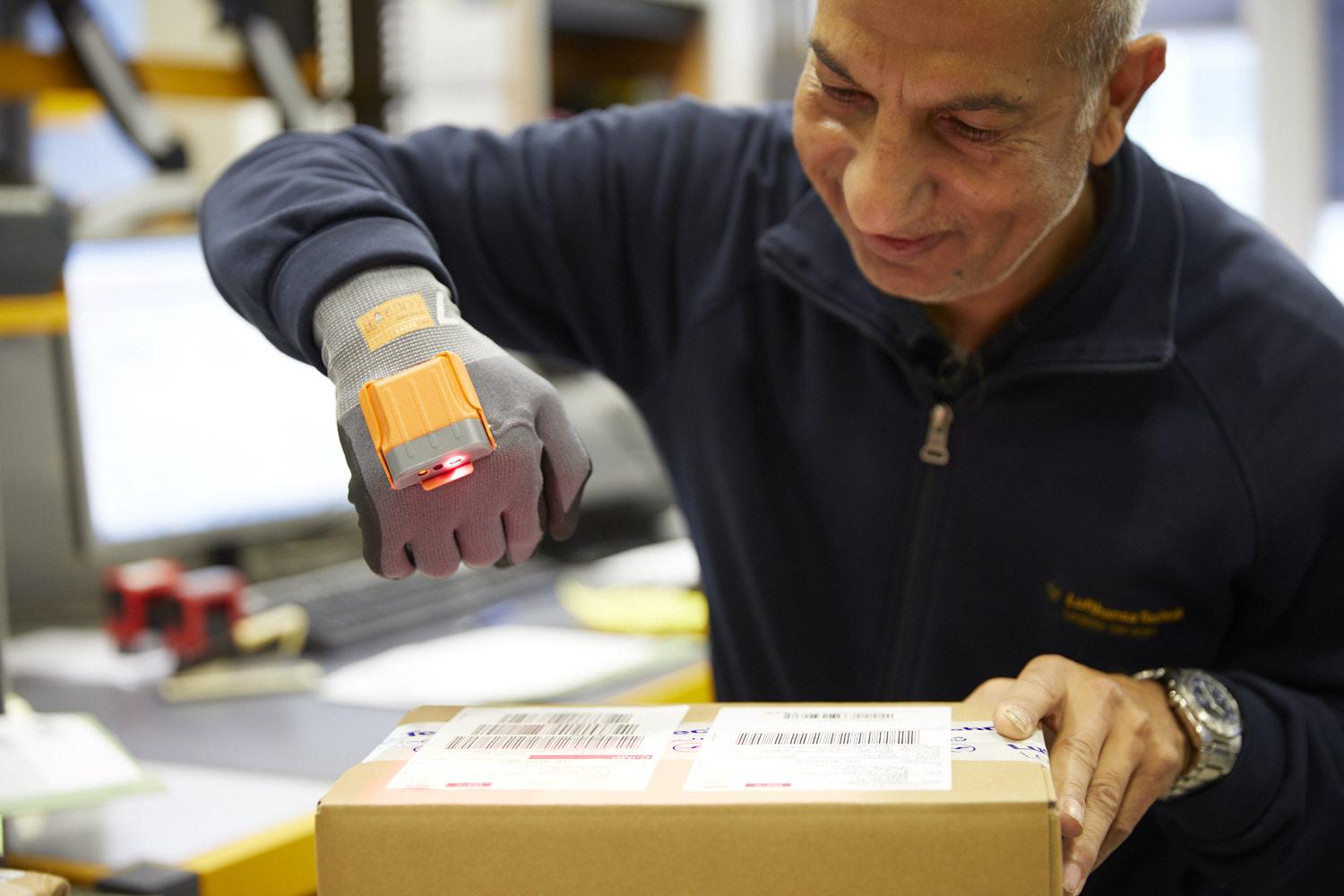 The digital warehouse program includes use of the Proglove smart data glove, which will eliminate the need for employees to carry around a mobile scanner. The Proglove features an integrated 2D scanner, enabling hands-free, automated data entry. LTLS says the Proglove increases efficiency during check-in and follow-up processes. An enhanced glove featuring an integrated display is currently being developed. LTLS says pilot applications for the enhanced glove are scheduled for the first half of 2018. 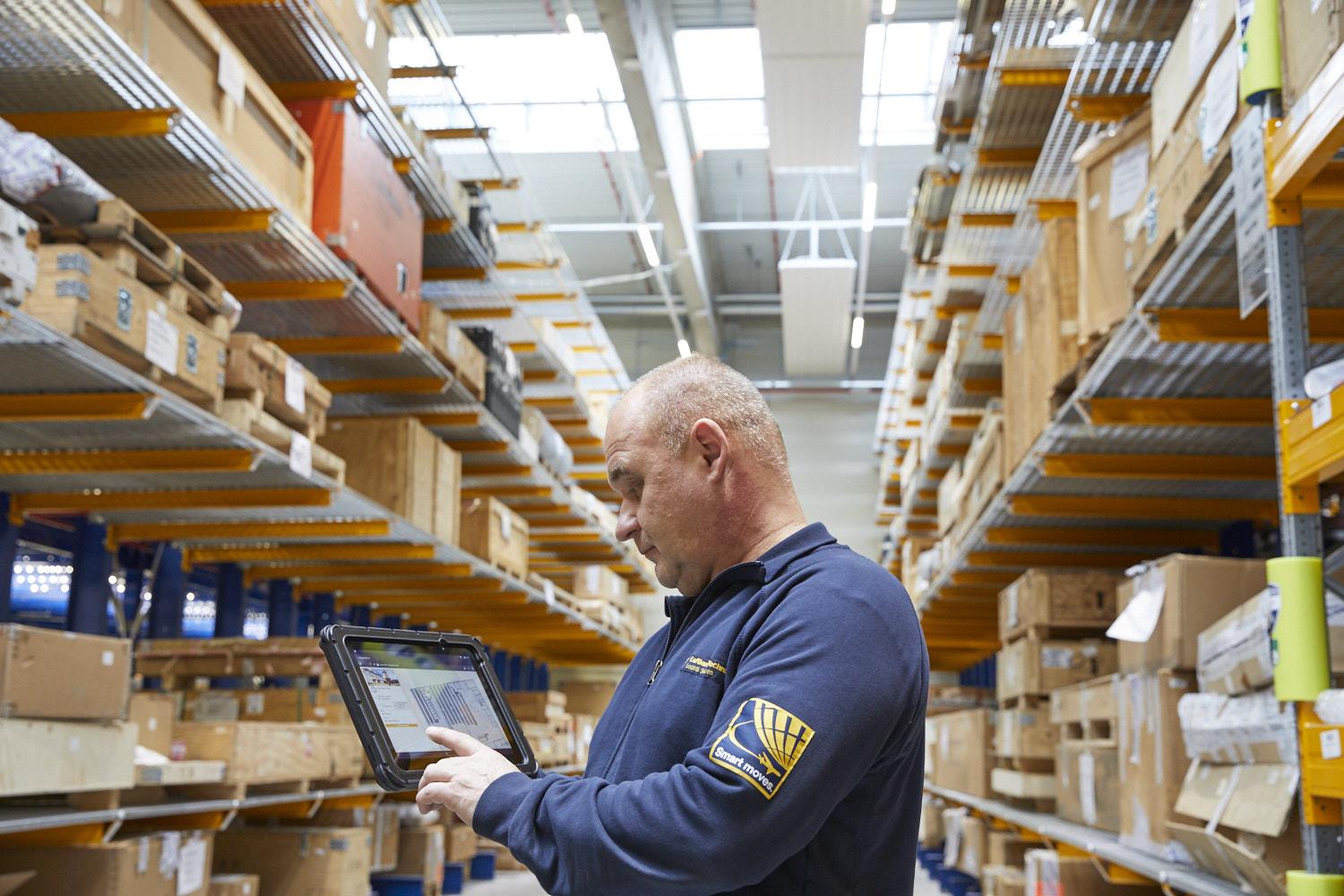 Large aircraft parts can be tricky from a logistics standpoint since they take up so much room. For LTLS, bulky parts often have to be moved, with storage re-bookings entered manually in the administrative system. To combat this, LTLS is implementing location-tracking software within the digital warehouse program.

GSE 4.0 was developed in-house by LHT to track ground support equipment through a pilot project in VIP Maintenance in Hamburg. Parts are equipped with trackers, so workers can locate them automatically through the software on mobile devices such as a smartphone or tablet. This eliminates the need to re-enter a part’s location in the system when it is moved. LTLS says GSE 4.0 reduces administrative effort while increasing transparency. 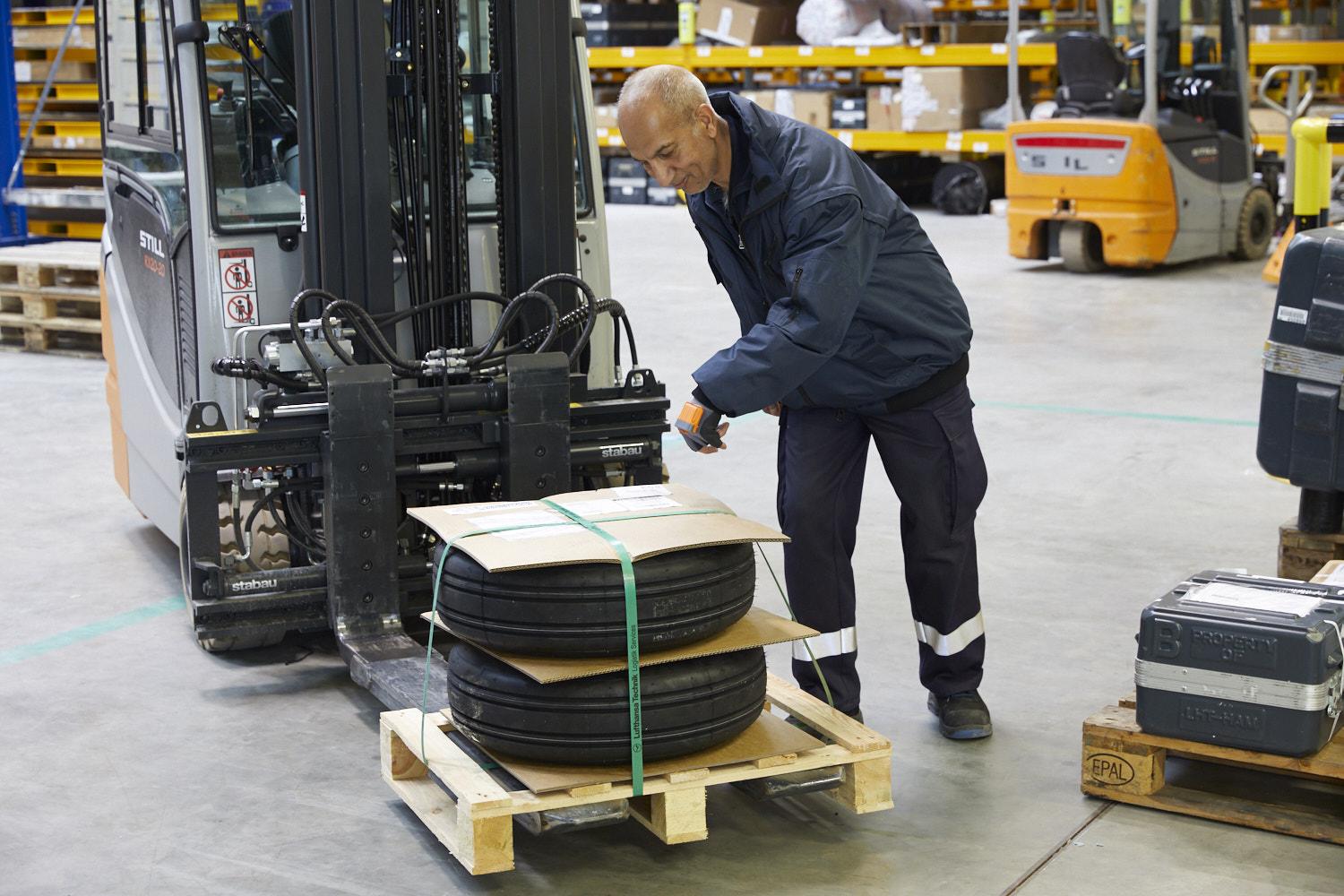 The pilot location for the LTLS digital warehouse is Munich Airport, which LHT says is an ideal starting point thanks to the newer aircraft stationed there and the location’s strong growth and modern infrastructure. Digitalization is being implemented within core logistics processes at additional locations, such as Frankfurt and Hamburg, with the ultimate goal being implementation at all locations. LHT says they will begin more use-cases at other LTLS locations once they are able to see the results of how everything is working in Munich. The company says it will consider implementing similar digitalization processes for MRO at LHT if it makes sense.

Lufthansa Technik Logistik Services (LTLS) has launched a program targeted at creating a digital warehouse through the implementation of Internet of Things (IoT) technologies. With the goal of improving operational efficiency and reducing employee workload, the program is innovating processes in all areas of the business through automation, digitalization and connectivity. The program is part of Lufthansa Technik’s (LHT) 200 million Euro investment program for innovative projects. Here is a look at the new technologies LHT is implementing.