How can wearable technologies help the MRO workforce? 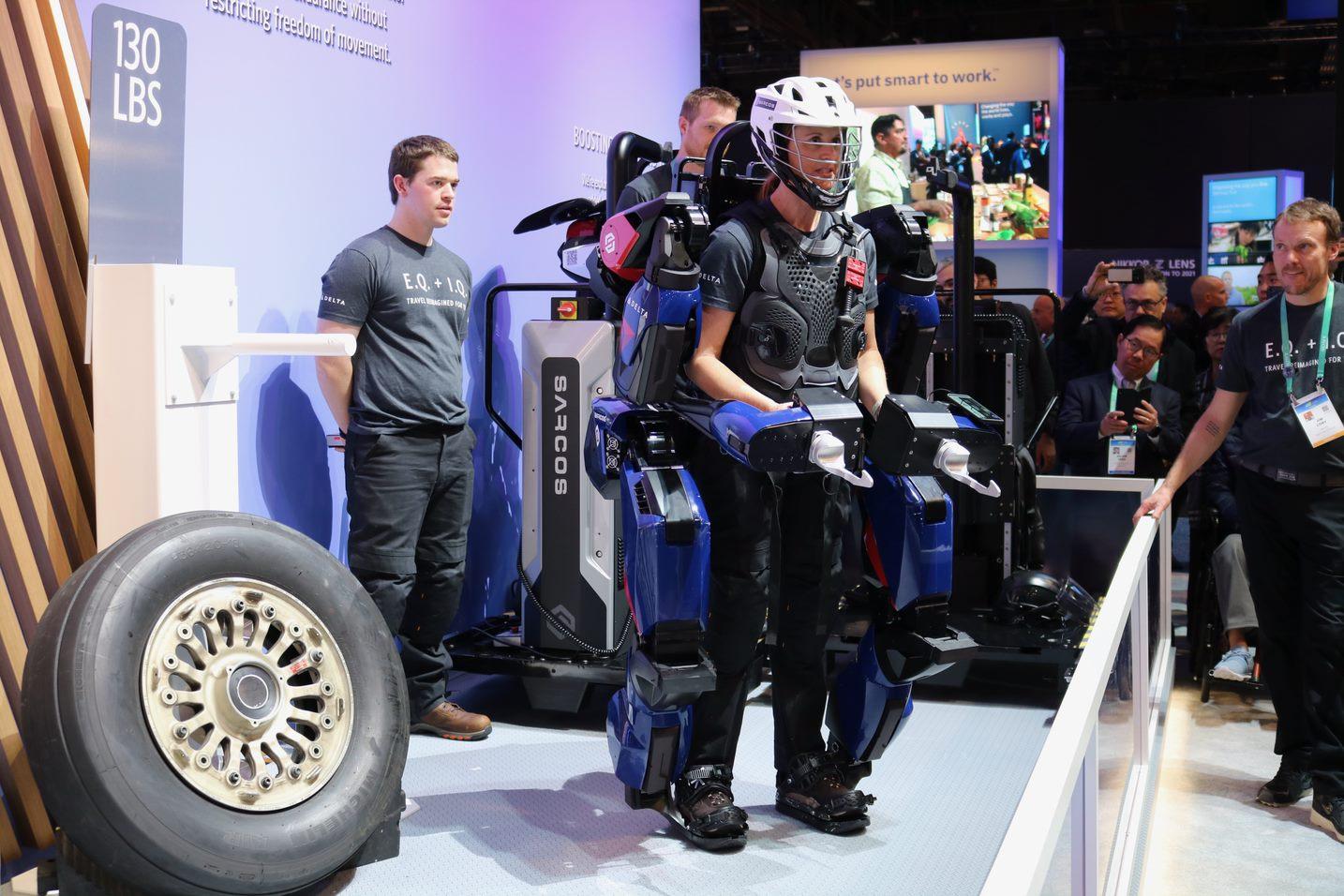 Delta Air Lines made waves at CES 2020 by demonstrating how it was using a robotic exoskeleton from Sarcos Robotics to give its aircraft maintenance and ground operations staff superhuman strength. Kristi Martindale, chief product and marketing officer at Sarcos Robotics, says the Guardian XO can be used to equalize the workforce, enabling smaller people or those with less physical strength to do the same jobs as larger, stronger workers. 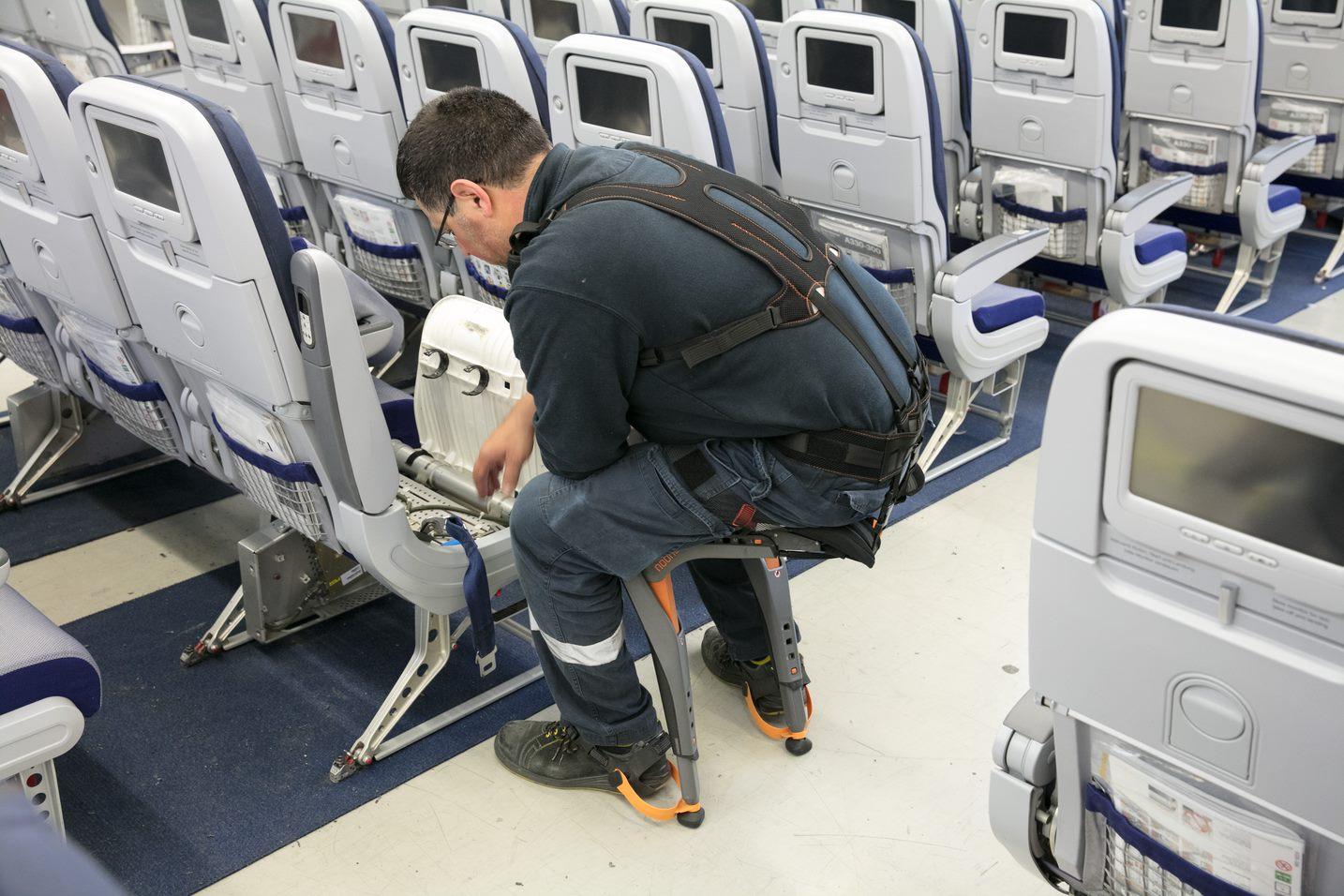 Lufthansa Technik Malta tested exoskeletons at its Innovation Bay for a variety of use cases, such as the installation and removal of structural parts and for aircraft wing inspections. Rather than testing potential “superhuman-strength” applications, Lufthansa Technik (LHT) focused on how exoskeletons could reduce stress and muscular tension while increasing process efficiency. Michael Lagemann, a spokesman for LHT, says technicians praised the support and ergonomics provided by the exoskeletons, but the technology ended up being difficult to integrate into its established maintenance processes. 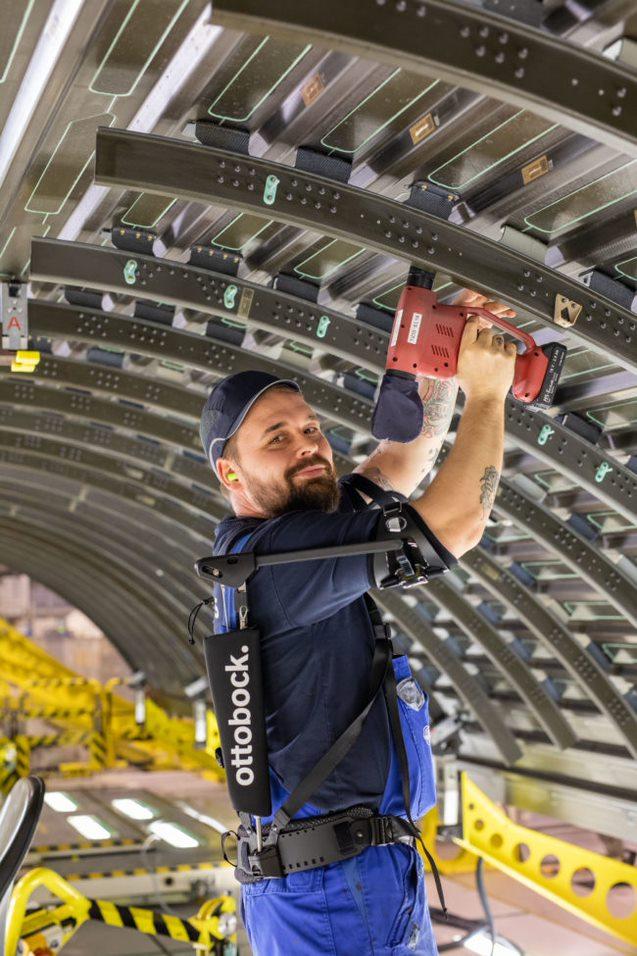 While other, nonrobotic versions of exoskeletons may not be as flashy, they have gained some traction in the aviation industry as a way to reduce physical strain on workers. Prosthetics specialist Ottobock offers a line of exoskeleton products called Paexo (short for personal-assistive exoskeleton) that are used to support various parts of the body through hidden bungee-cord technology that assists movement and reduces joint pressure. 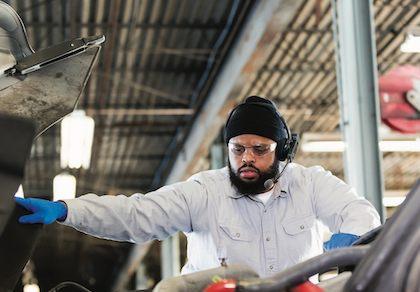 While many tasks an AMT performs could lead to physical strain or injury, one particularly perilous procedure is confined-space work, where there is danger of asphyxiation if oxygen dips to an unsafe level. Usually requiring a one-on-one safety attendant monitoring, Honeywell and others now offer sensor-based wearable technologies to detect toxic and combustible gases and check the atmosphere of confined spaces before entry. Sentinel Occupational Safety is developing this type of sensor technology for the U.S. Air Force and taking sensor-based wearables even further. 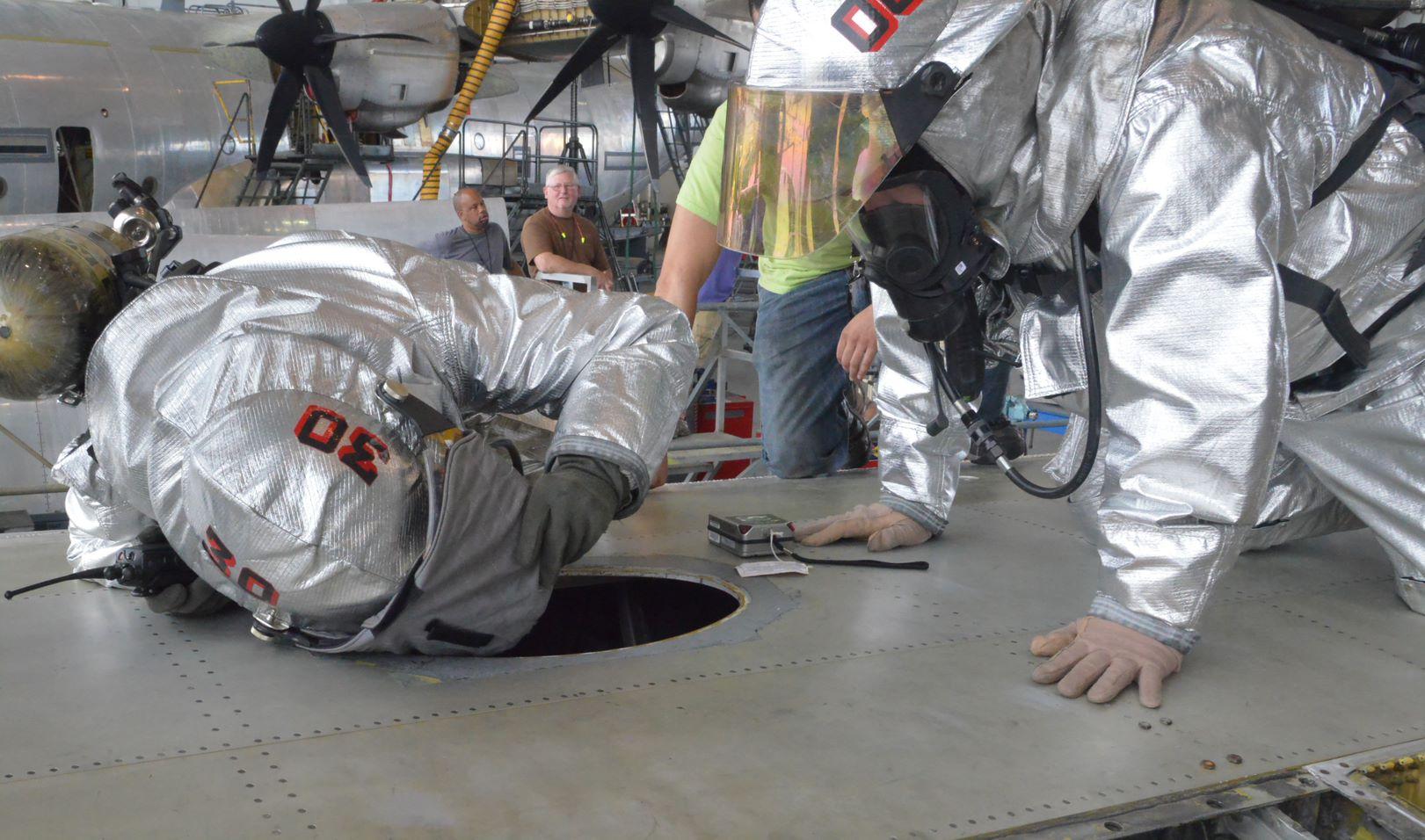 “In general, I think the industrial market—including MRO—is pretty underserved by extant technology solutions,” says Zachary Kiehl, CEO of Sentinel Occupational Safety. “You see a lot of devices that are mostly focused on athletics or consumer use, but there are not a lot of wearable solutions specifically developed for these difficult work environments, and that’s something that we’re looking to change.” 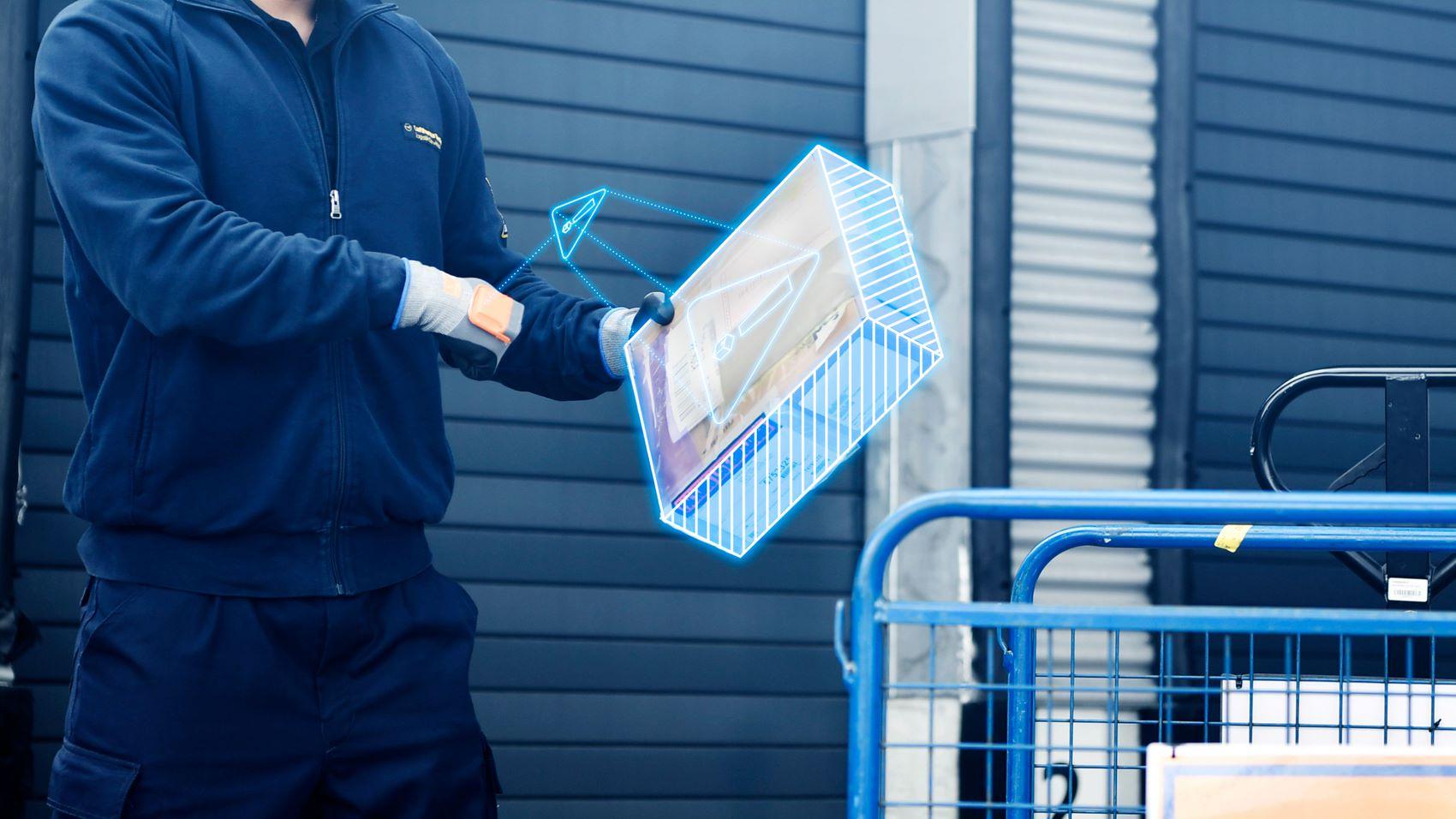 Within the supply chain, wearables could create efficiencies in the processing of parts and materials. LHT is testing smart gloves to process spare parts through its Lufthansa Technik Logistik Services (LTLS) subsidiary. Using wearable barcode scanners from ProGlove, LTLS employees can capture data through natural hand movements by triggering the scanning process via thumb pressure. 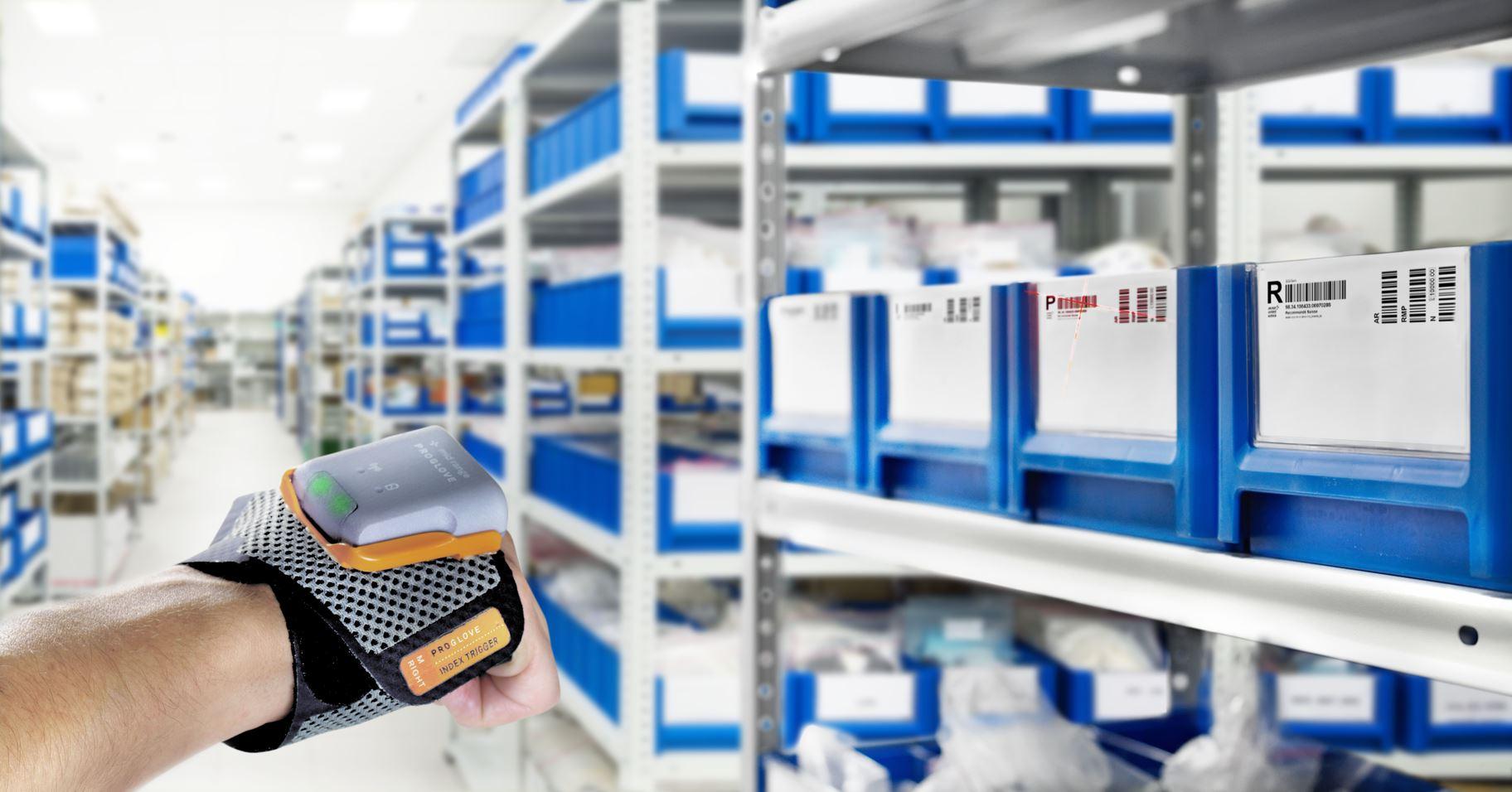 The scanners can collect metadata such as time stamps, locations, number of scans, step counts and temperature readings, and ProGlove’s analytics platform can be used to contextualize this data. ProGlove says the scanners can provide efficiency gains of 20% or more due to reduced errors and improved ergonomics. 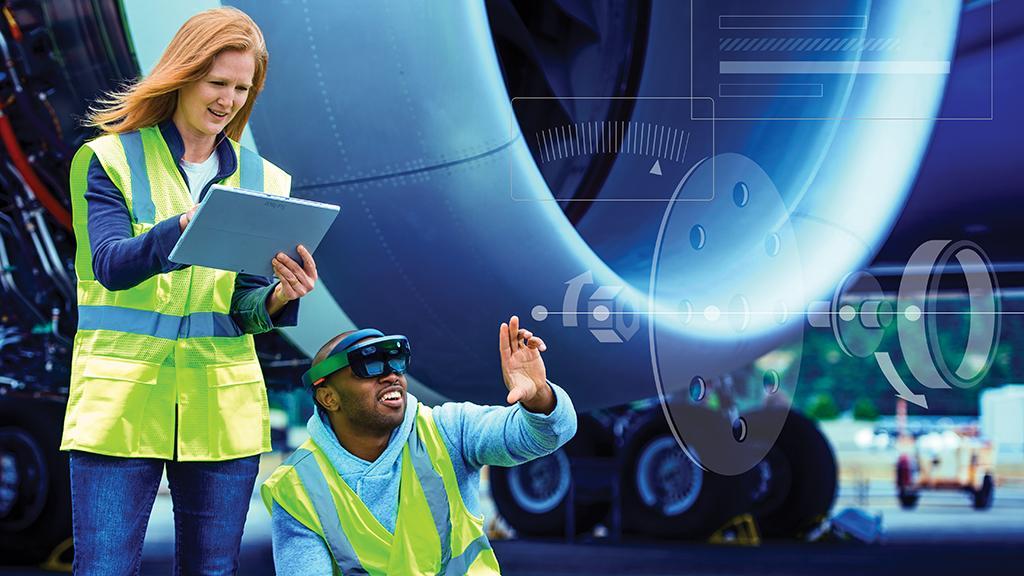 Headsets have become one of the most widespread wearable technologies for MRO applications. A host of startups are now offering augmented reality (AR) or virtual reality (VR) platforms for maintenance instructions and training, many of which are deployed on wearable glasses or headsets at companies including AAR, Airbus, Magnetic MRO, Safran and Boeing. 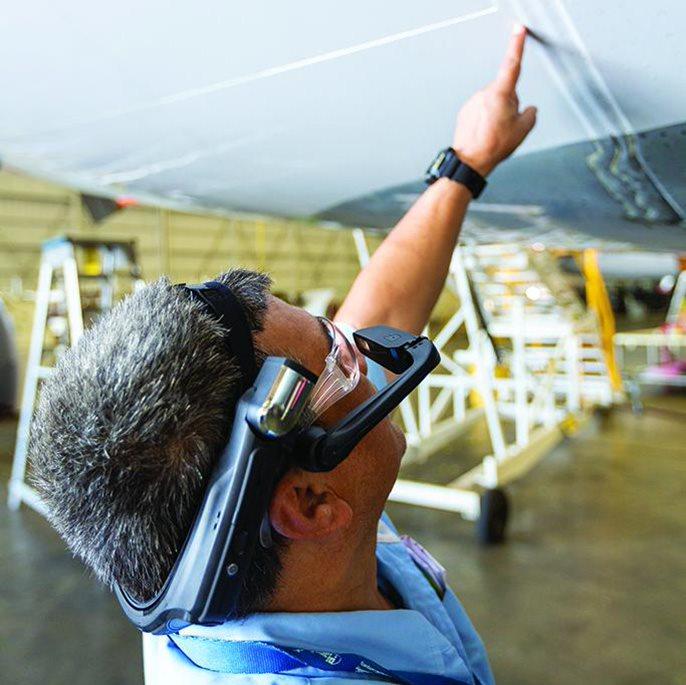 RealWear, a provider of wearable headsets being used at companies such as AAR, Airbus and Iberia, says headsets like its HMT-1 platform allow AMTs to access work instructions, collaborate with remote experts and capture photos and videos hands-free. “In comparison to using a phone or tablet, you can be performing a task that needs tools and not have to be continually putting down and picking up the device—meaning a remote expert can get a continuous view,” says Sanjay Jhawar, president and cofounder of RealWear.

Aviation maintenance technicians (AMT) encounter a host of physical challenges and hazards on the job. In addition to the need to access instructions from maintenance manuals while completing hands-on tasks, an AMT regularly has to lift and move heavy aircraft parts, perform strenuous overhead work and face exposure to potential toxins in aircraft paint and fuel. Some of this work has been simplified through the adoption of paperless workflows or the assistance of robotics and drones, but could new innovations that an AMT wears on their body take things a step further?

This gallery is an abbreviated version of an Inside MRO article. Read How Wearable Technologies Could Help The MRO Workforce by Lindsay Bjerregaard in full