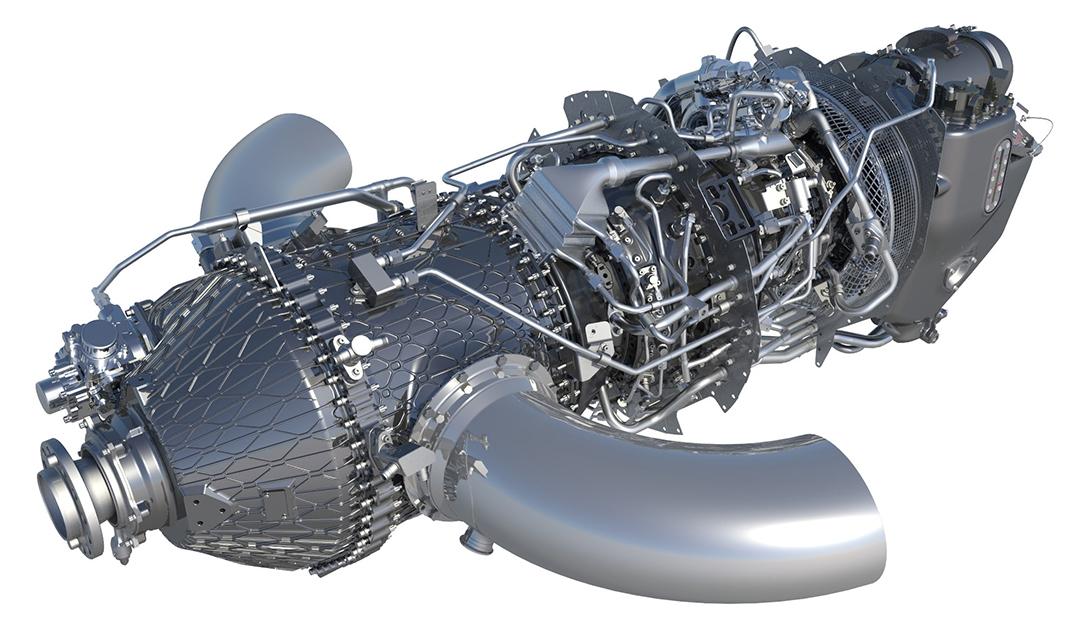 GE Aviation’s Catalyst is the first clean-sheet turboprop engine in 30 years. It will enable the design and manufacture of superior airplanes, the manufacturer says.

Built by GE’s Avio Aero in the Czech Republic, the 1,300-shp Catalyst is to be flown by GE on a King Air testbed in Europe while Textron Aviation is planning the first flight of its Catalyst-powered Beechcraft Denali single-engine turboprop later this year. 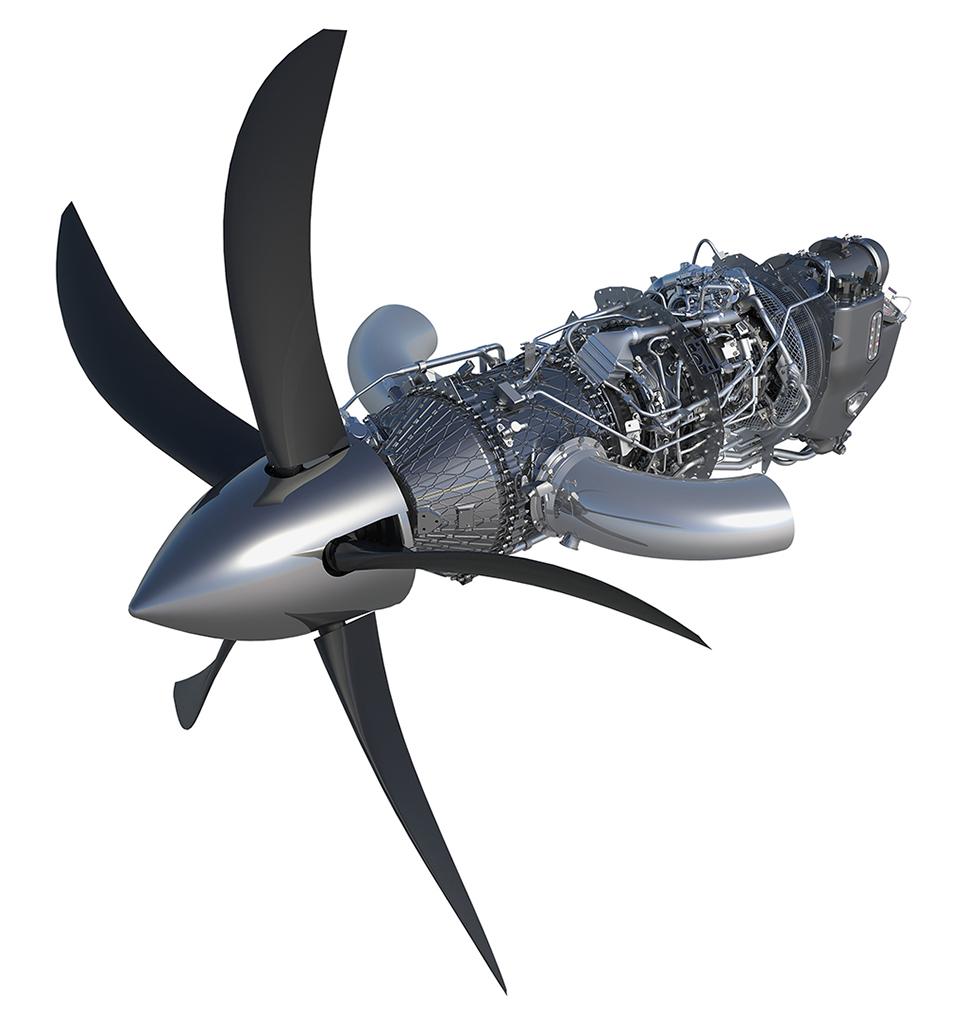 A Catalyst engine with a 105-in. composite McCauley propeller ran at full power and max RPM at the Czech Technical University’s test cell in Prague in April 2019. Full-range pitch testing included beta, fine pitch, course pitch and feather – all integrated and controlled by the FADEC–full authority digital engine control.

“This engine is modernizing the cockpit and flight controls like no other engine has done in this marketplace,” said Brad Mottier, GE Aviation vice president for business and general aviation. “The FADEC with integrated propeller control dramatically simplifies the workload in the cockpit,” he said, “offering a single-control, jet-like experience.” 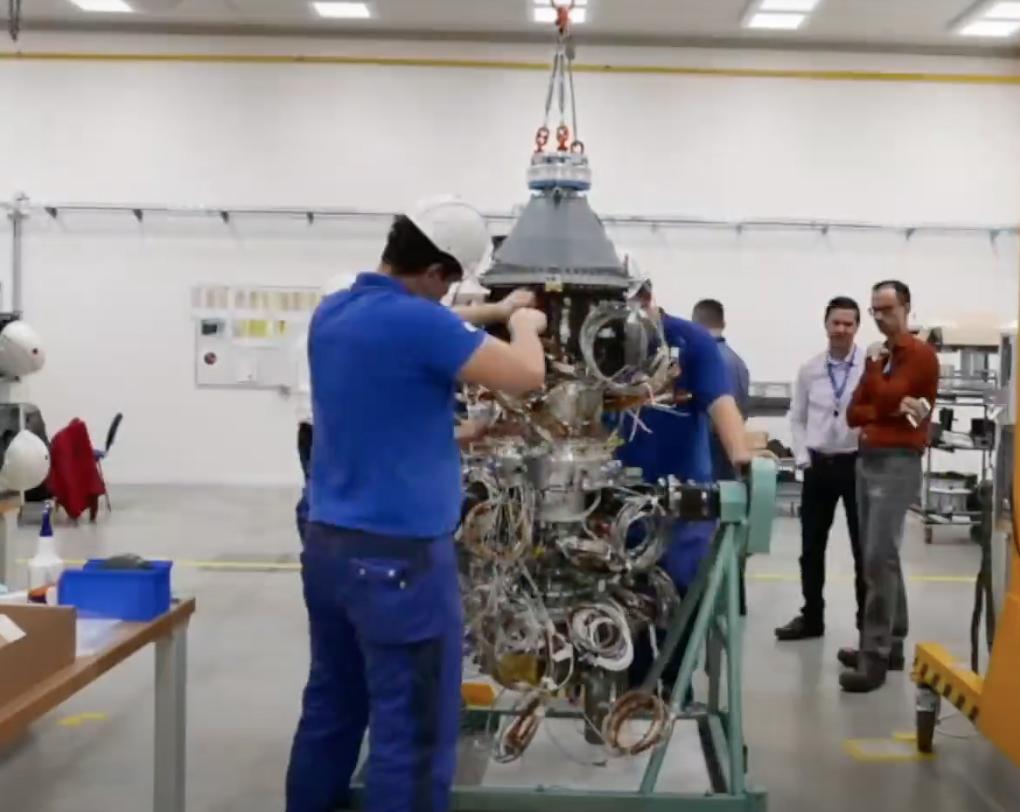 Technicians at GE Aviation’s Avio Aero facility in Prague assemble the Catalyst engine–with upwards of 3,000 parts. Some 400 engineers around the world contributed to the Catalyst design, the manufacturer says, bringing no fewer than 79 new technologies to the business and general aviation sector. 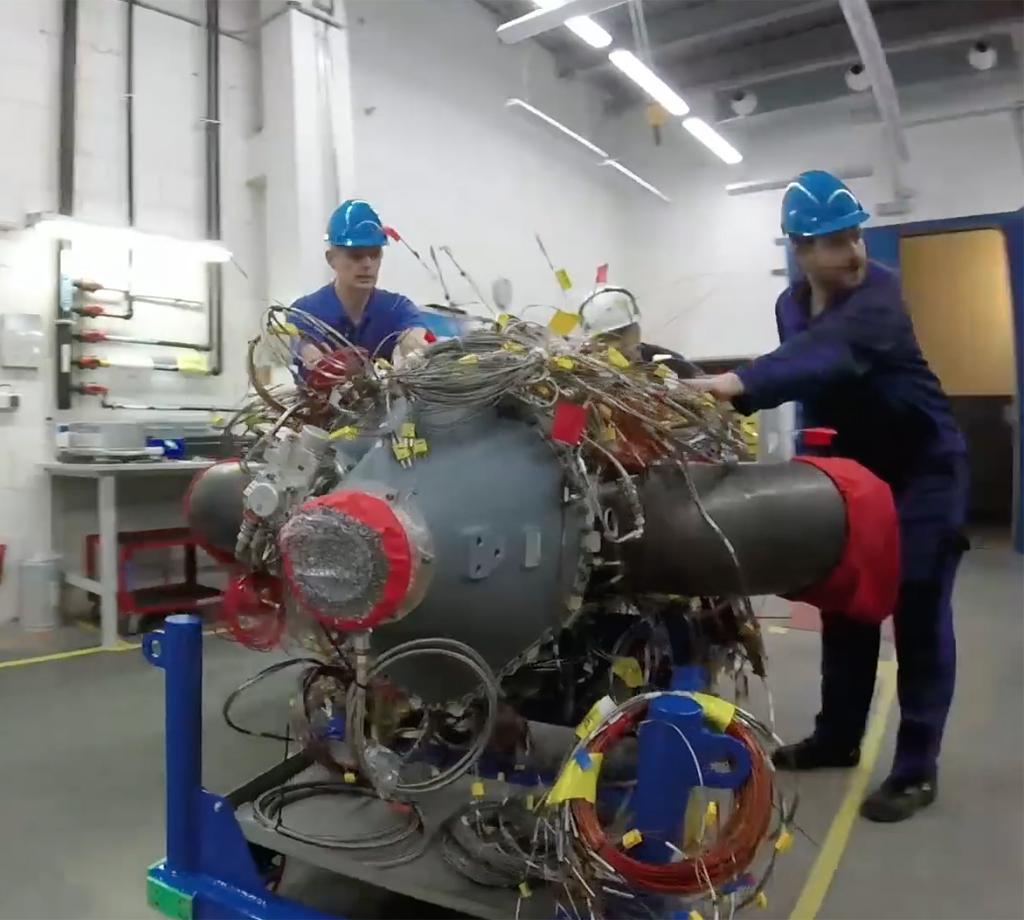 Technicians at GE Aviation’s Avio Aero facility in Prague prepare the Catalyst engine for its first run in late 2017. 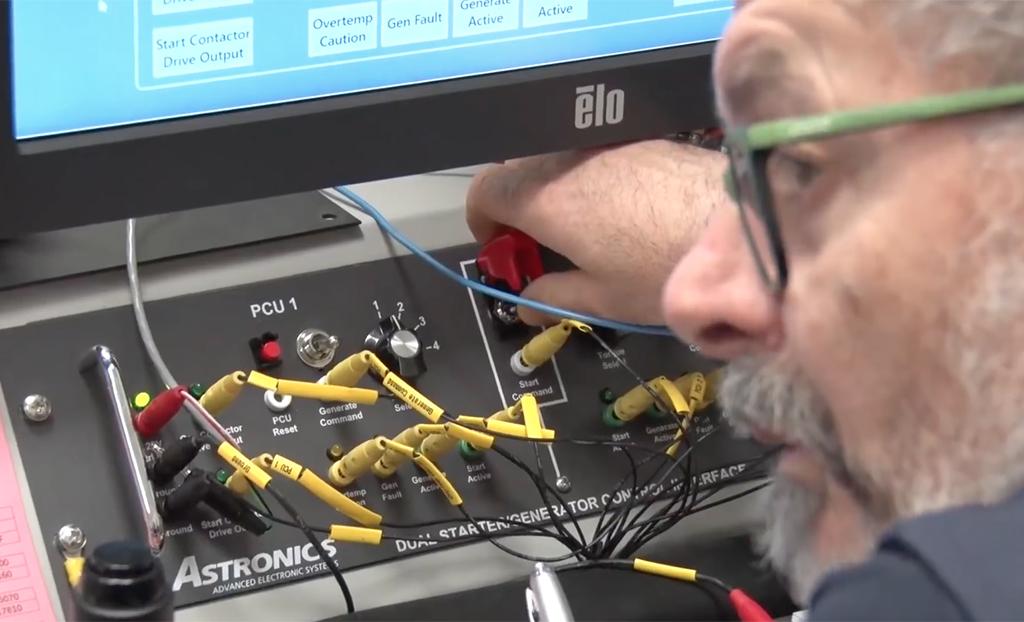 Catalyst was powered on for the first time in November 2017. 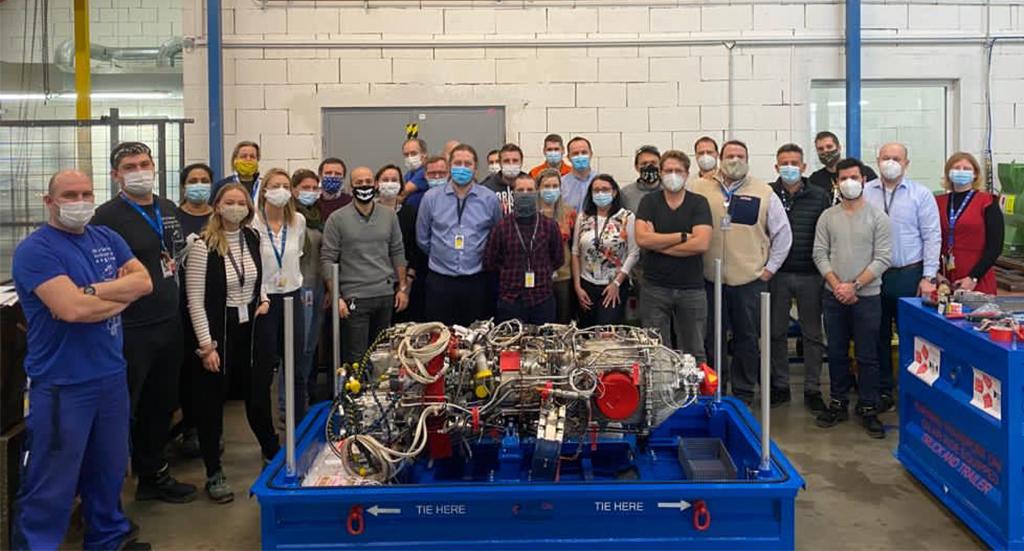 GE’s Catalyst engine is prepared for shipping to Textron Aviation from GE Aviation’s Aero Avio factory in the Czech Republic in December 2020.

GE Aviation’s King Air twin-engine aircraft with the Catalyst engine on the port side will be test-flown from Berlin Schönefeld in Germany and the Hradec Kralove airport east of Prague in the Czech Republic.

The Catalyst engine was installed on GE’s King Air in Berlin on December 18. “The engine started flawlessly on the first attempt,” says Catalyst product line leader David Kimball. “It reached ground idle in a stable and predictable manner without any intervention,” he said. “The fully integrated engine and prop control system worked seamlessly.” 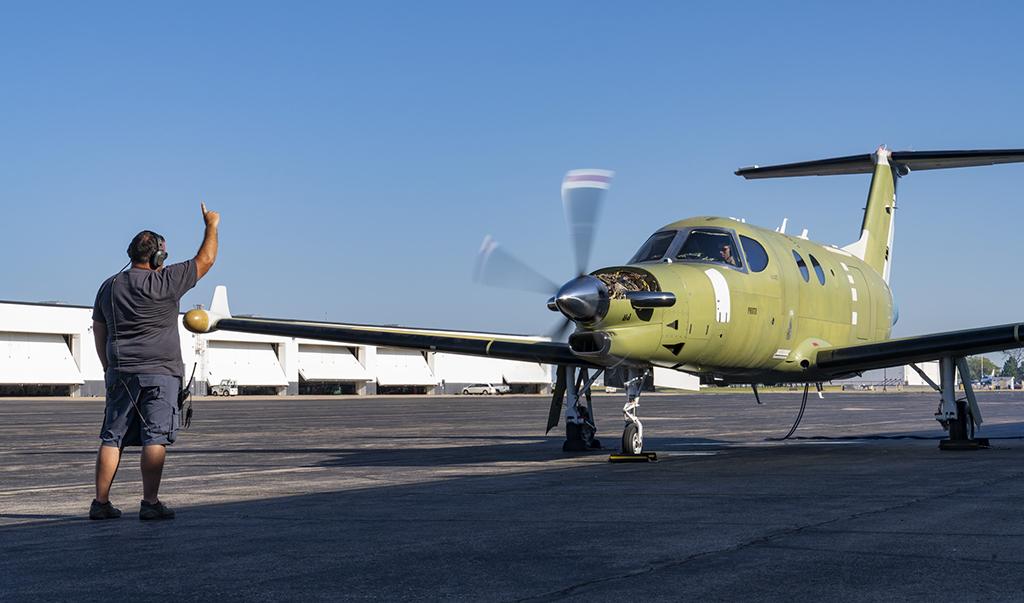 Fired Up In Wichita

Textron Aviation said August 26 that it’s completed ground test runs of the Catalyst-powered Beechcraft Delani at its west campus in Wichita, verifying the functionality of the fuel system and engine, as well as the interface with the avionics and electrical systems.

The testing moves the clean-sheet design aircraft closer to its milestone first flight, which is anticipated by the end of the year. 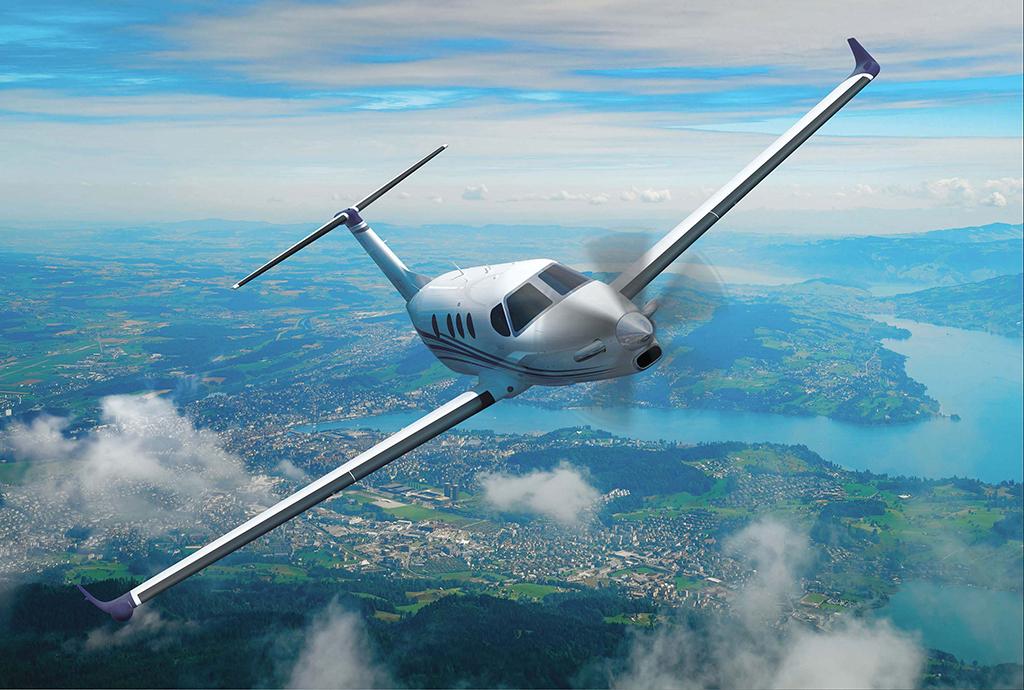 A series of successful engine runs “are a significant step toward the upcoming inaugural flight for the Beechcraft Denali, and they are a testament to the determination and collaboration from both the Textron Aviation and GE Aviation teams,” says Chris Hearne, Textron Aviation senior vice president of engineering.

“Denali features a technologically advanced engine that burns less fuel,” he said. “It has an intuitive avionics suite that eases pilot workload and boasts the most spacious cabin in its segment.

“We are excited to get this aircraft into the hands of our eager customers.”

GE’s Catalyst engine is the first clean-sheet turboprop in 30 years, GE says, adding that the new engine will enable the design and manufacture of superior airplanes.