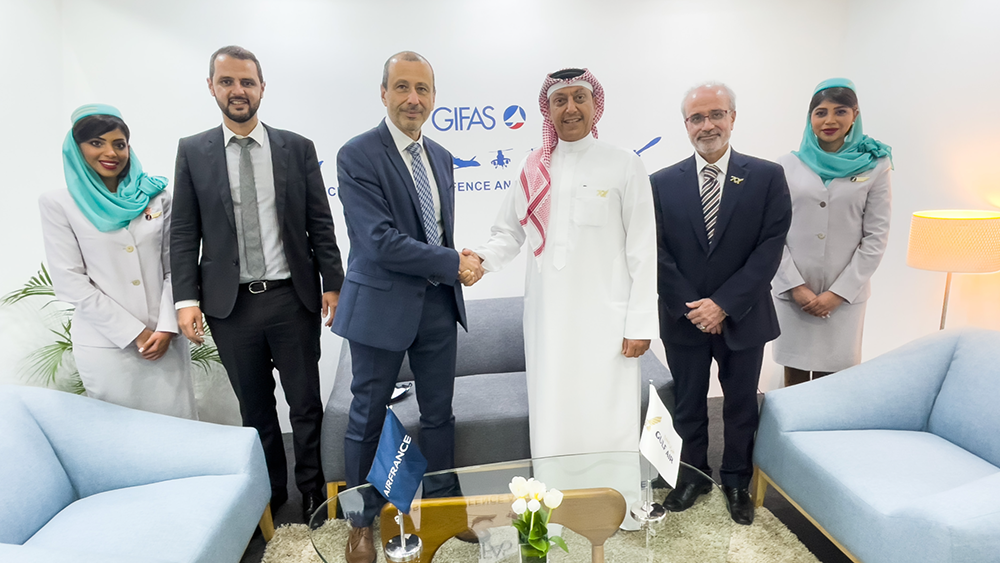 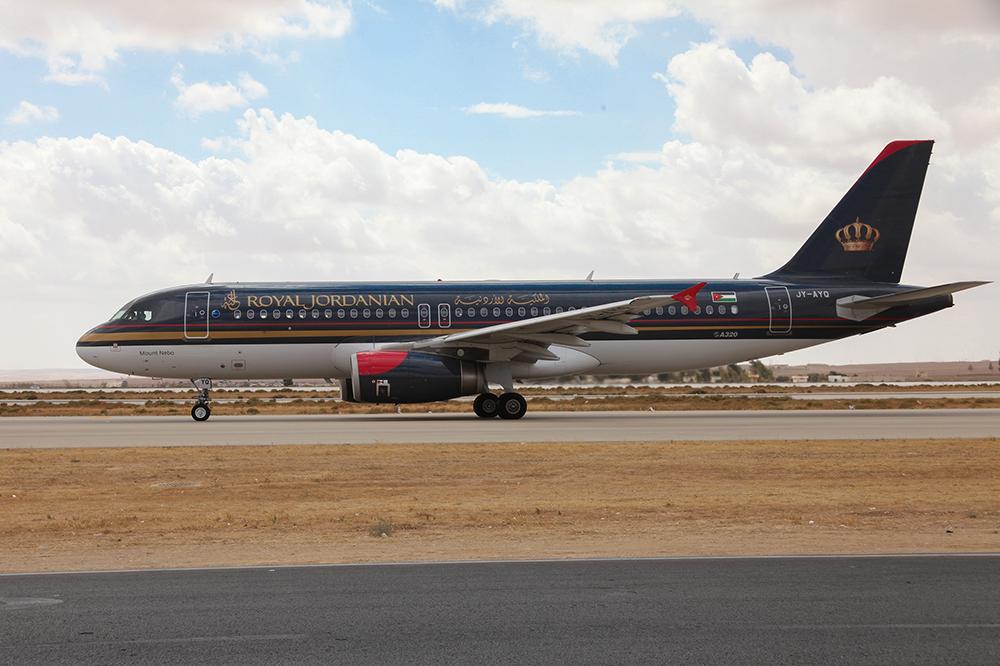 Lufthansa Technik (LHT) has signed a five-year Total Component Support agreement with Royal Jordanian. Under the agreement, LHT will provide services including spares support, parts pooling and homebase support services for Royal Jordanian’s Airbus A320 family fleet, including five A319s, six A320s and two A321s. LHT says it will handle all aspects of supplying the airline’s fleet with components, from initial provisioning studies and home base allocation at Amman’s Queen Alia International Airport to repair and overhaul, troubleshooting, documentation and engineering services.

It also signed a memorandum of understanding with Etihad Airways to explore the use of digital solutions from its Aviatar suite, including its solutions for fuel analytics, condition monitoring and automated line maintenance planning. Etihad says it is hoping to use the solutions to improve efficiency of its operation and reduce fuel burn, carbon dioxide emissions and maintenance effort. 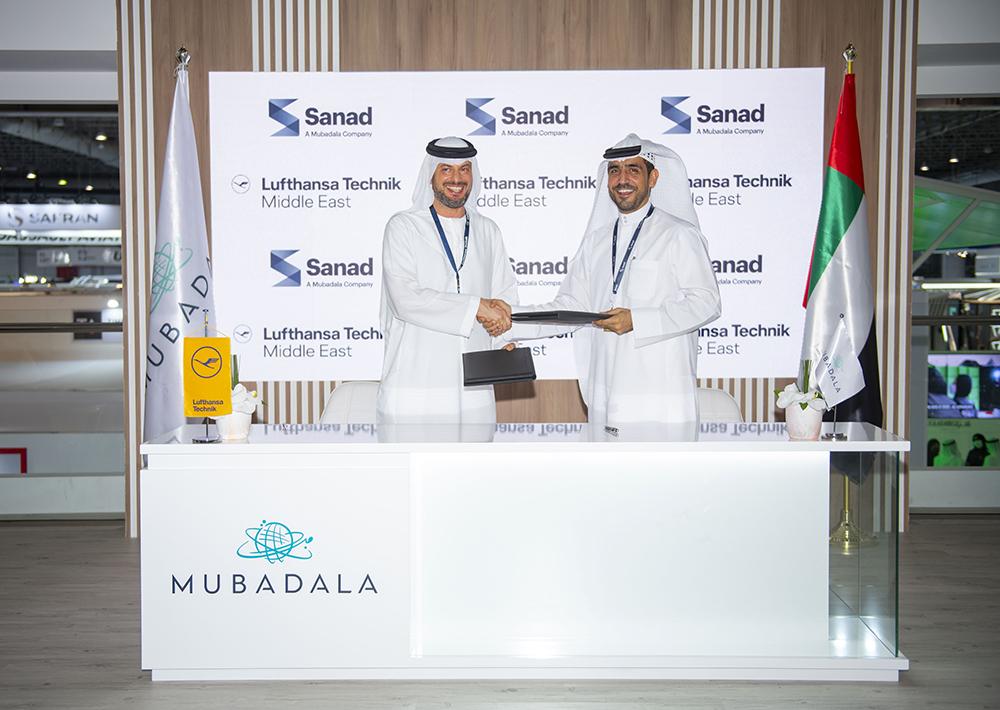 Lufthansa Technik Middle East also signed a technology collaboration agreement with Sanad to develop innovation and technology solutions to digitalize MRO operations. The companies intend to use tools such as artificial intelligence and virtual reality to streamline their maintenance processes, which they will work together to jointly develop and implement. 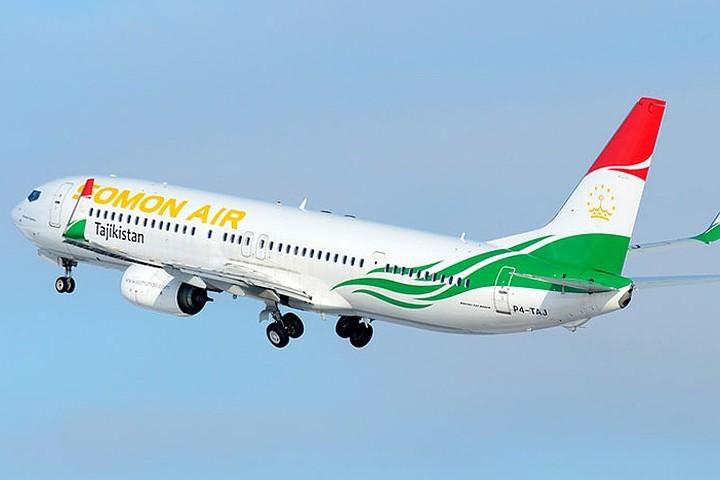 It also renewed its agreement with MNG Airlines for PW4000 engine MRO and extended its CFM56-7B MRO contract with RoyalJet by another four years. 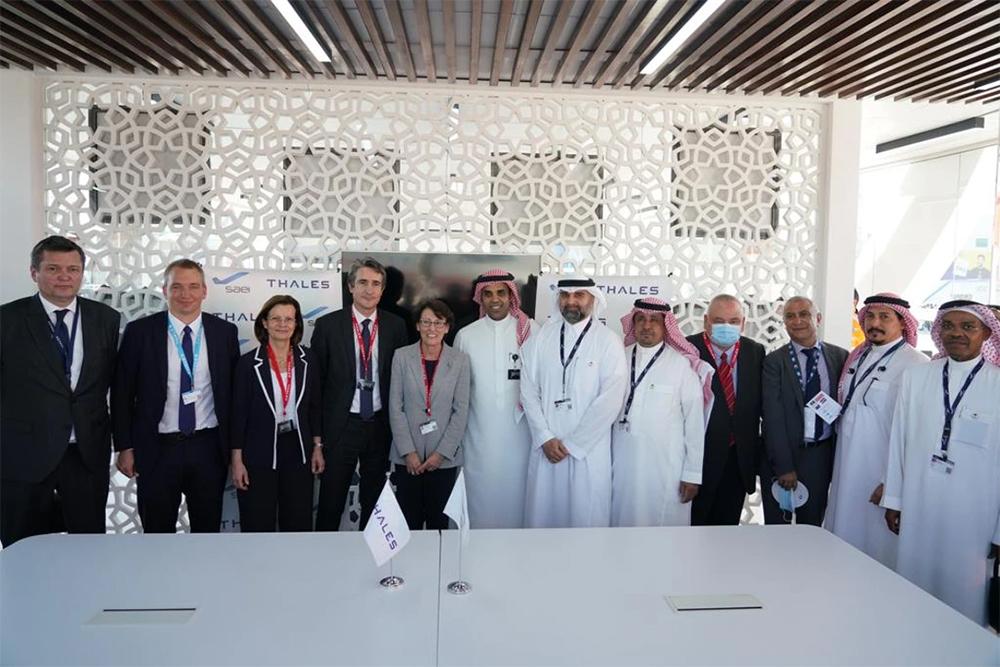 Saudia Aerospace Engineering Industries (SAEI) signed several new MRO agreements. It signed a memorandum of agreement with Thales, under which the companies will partner on line maintenance activities and repairs of aircraft parts.

SAEI also signed an agreement to become the first authorized Honeywell service center in the Middle East region with a global license for the 131-9 auxiliary power units models installed on Boeing 737NG and Airbus A320 series aircraft. Under the 10-year agreement, SAEI will provide inspection, repair, overhaul and upgrades for the APUs from its facility in Jeddah. 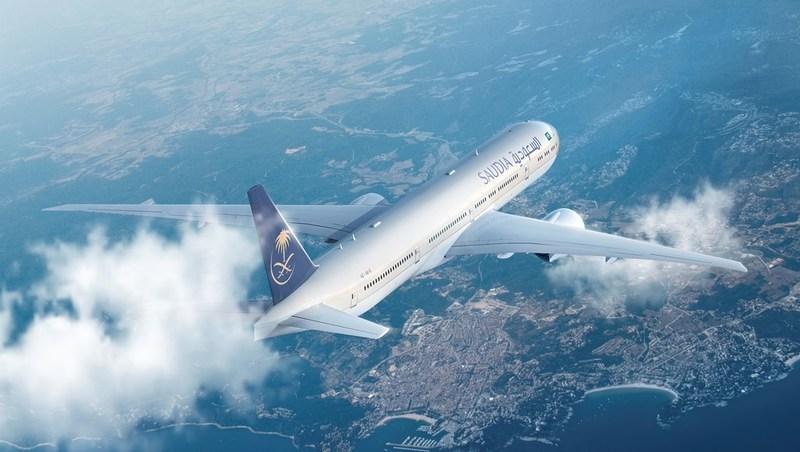 Saudi Arabian Airlines (Saudia) chose Boeing for a suite of services to improve its 787 and 777 fleets through digital analytics and cabin modifications. The airline plans to use Boeing’s Optimized Maintenance Program to access advanced data analytics for improved maintenance operations, as well as its Airplane Health Management solution that applies predictive maintenance analytics and diagnostic tools to improve quality and speed of maintenance decisions.

It is also partnering with Boeing’s interior modification team to modify its 777 cabin interiors. Boeing will provide services including design, certification and parts supply. 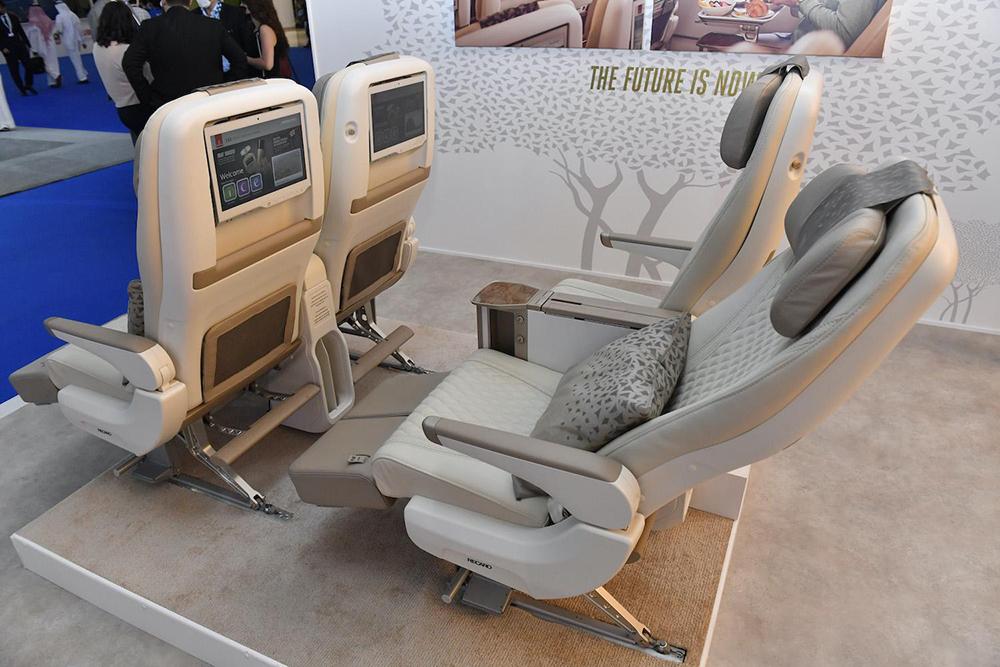 Emirates has announced plans to retrofit 105 of its widebodies, including 52 Airbus A380s and 53 Boeing 777s, with premium-economy cabins. The 18-month retrofit program will take place at Emirates’ Dubai engineering center starting in late 2022.

The airline selected Panasonic Avionics to deliver a suite of in-flight entertainment systems in its premium-economy cabin. 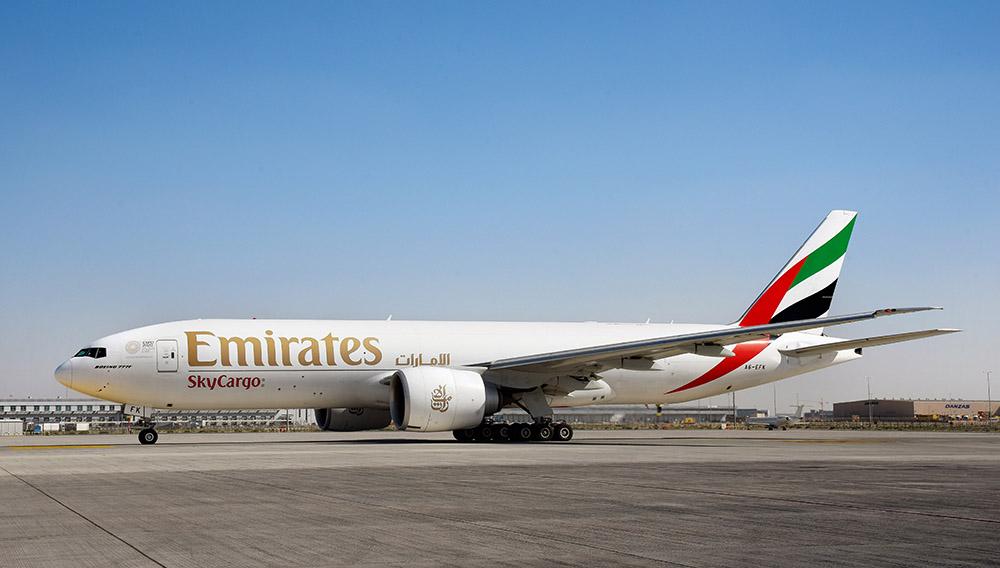 Israel Aerospace Industries (IAI) has signed an agreement with Emirates to convert four Boeing 777-300ER aircraft into cargo configuration. The aircraft will be converted at Etihad Engineering’s MRO center in Abu Dhabi and the first Emirates aircraft is expected to begin conversion in early 2023. According to IAI, the agreement has the potential for more P2F conversions in the future.

IAI has also signed a memorandum of agreement with Challenge Group, under which it will convert eight Boeing passenger aircraft to full cargo freighters. IAI will convert four 767-300BDSF aircraft starting in 2022 and begin conversions of four 777-300ERSF aircraft in a second phase during 2025-26. 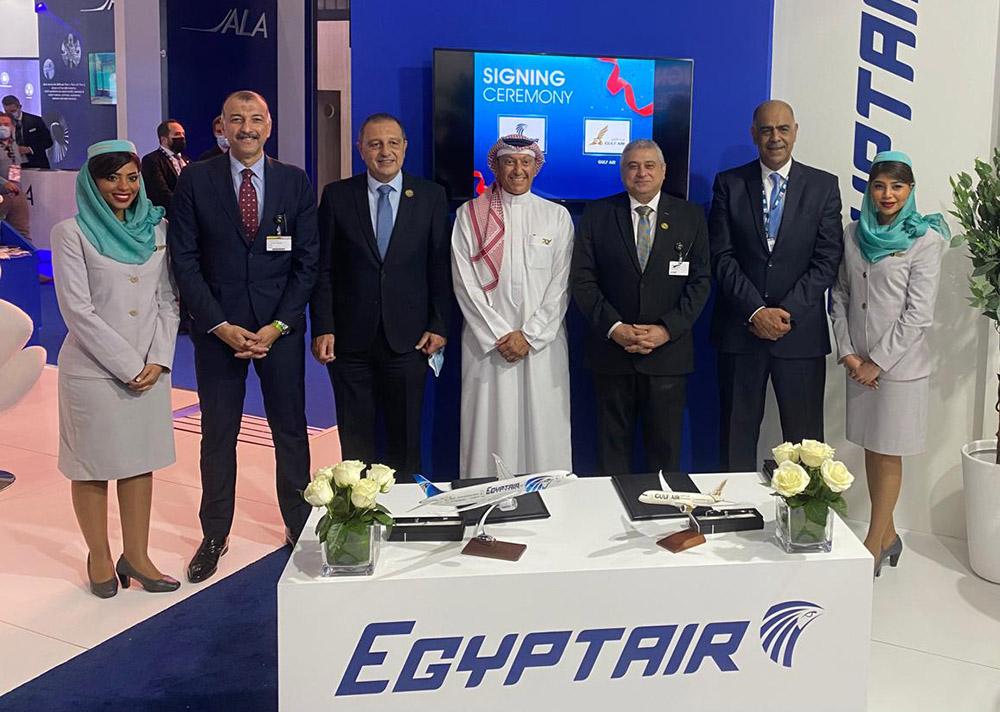 EgyptAir has awarded OEMServices a contract to provide various spare parts for its fleet in coordination with EgyptAir Maintenance & Engineering.

It also signed a memorandum of understanding with Gulf Air to explore cooperation expansion in areas such as air freight, maintenance and training. 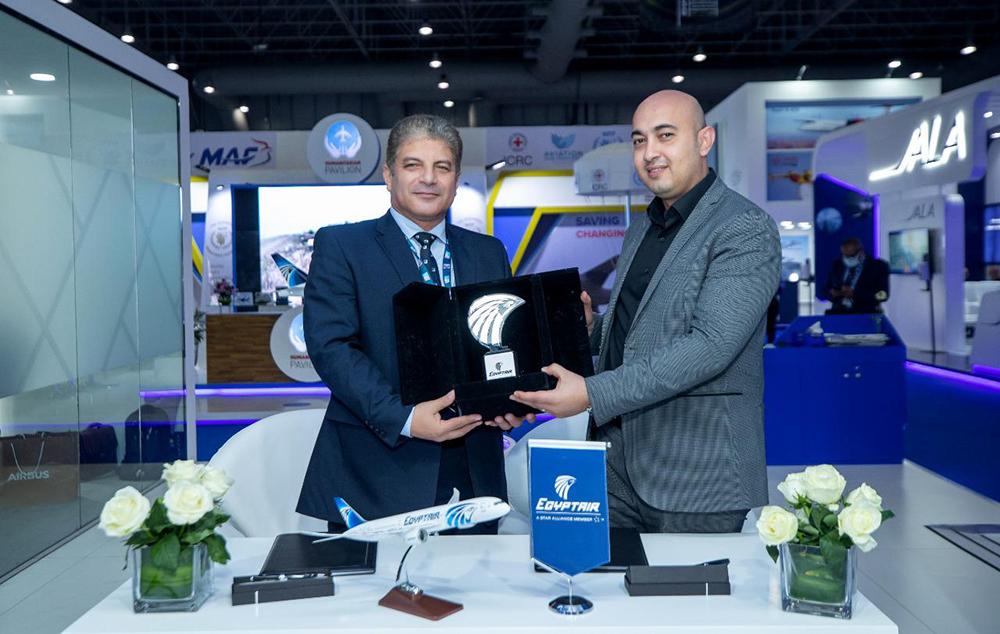 EgyptAir’s maintenance arm, EgyptAir Maintenance & Engineering, signed an agreement to provide technical services to Fly Jordan in Egypt and Saudi Arabia. The agreement includes line and base maintenance services, as well as repair and overhaul services for Fly Jordan’s aircraft components and engines. 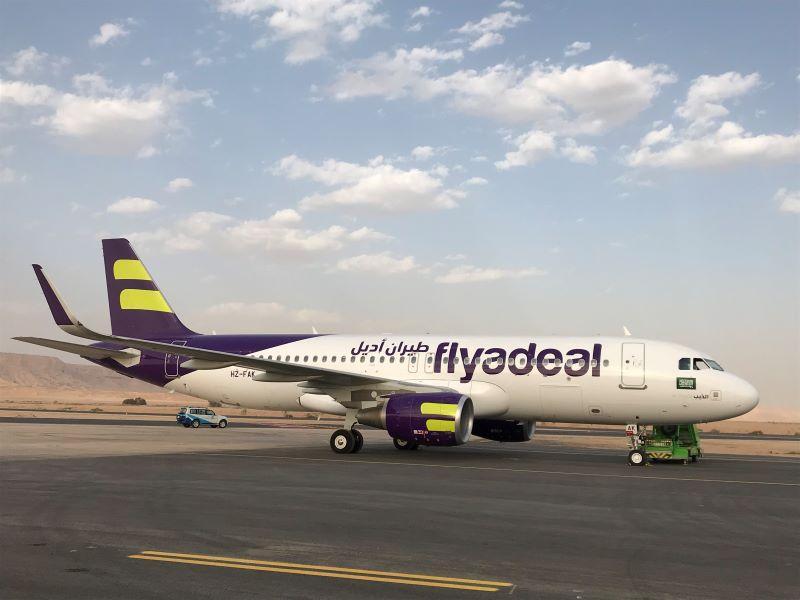 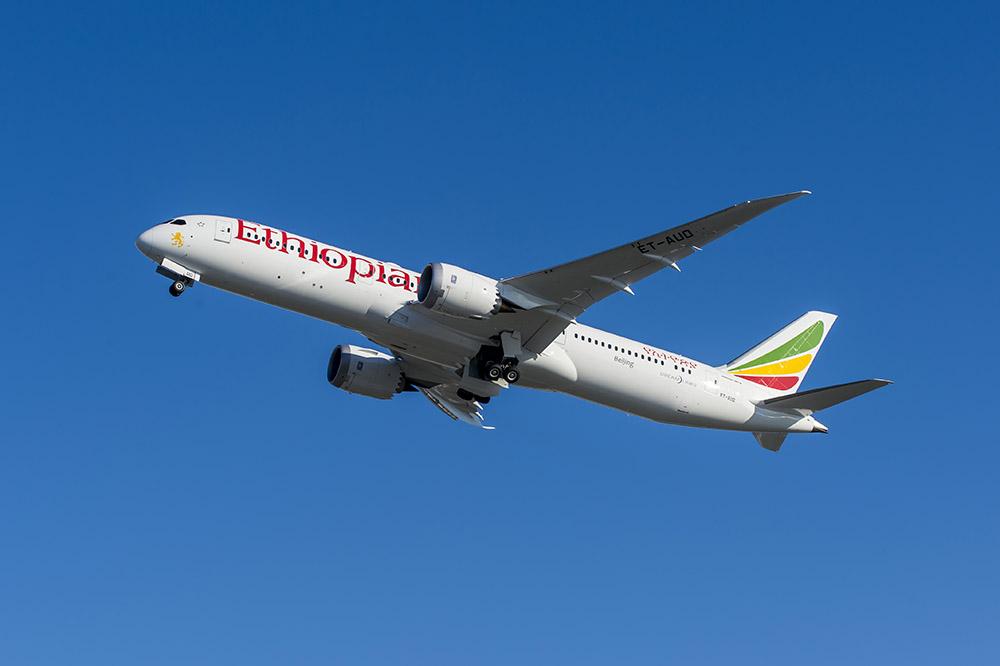 Ethiopian Airlines signed a memorandum of understanding with Boeing to be part of its 787 landing gear exchange program. Through the program, Boeing will guarantee availability of 29 landing gear shipsets where and when needed to support Ethiopian’s 787 fleet, which it says will allow the airline to quickly exchange landing gears that need to be repaired or overhauled. Boeing will also provide access to loaner landing gear shipsets and parts during unexpected AOG situations. 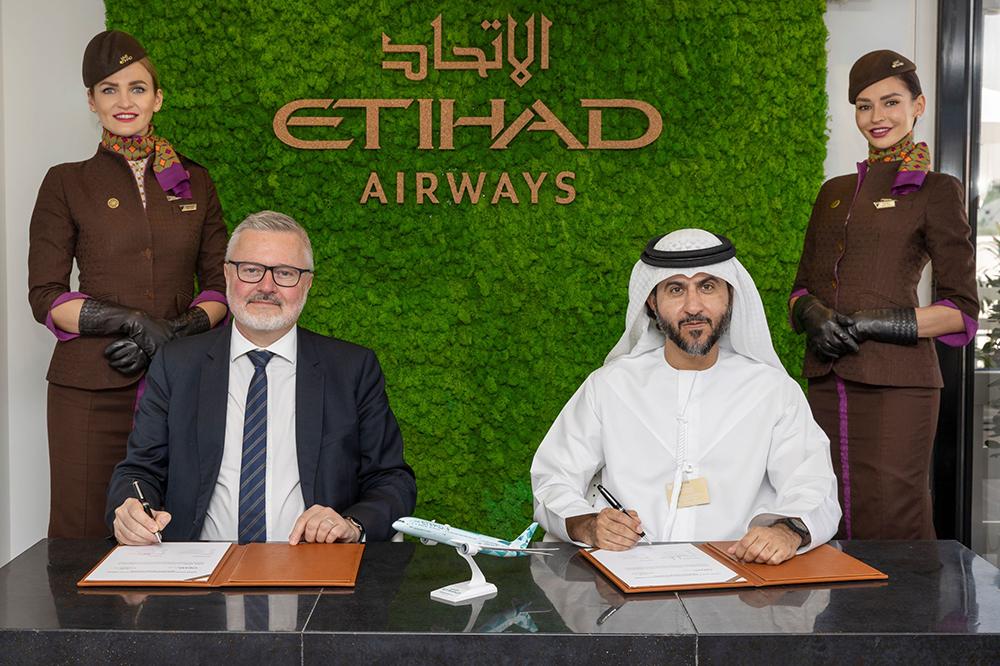 OEMServices signed a multi-year agreement with Etihad Airways to provide comprehensive component support for the airline’s fleet of Airbus A320/A321 family aircraft. Under the agreement, it will provide 24/7 component support with spare parts available locally in the UAE. It will also provide transport and repair services for the aircraft. 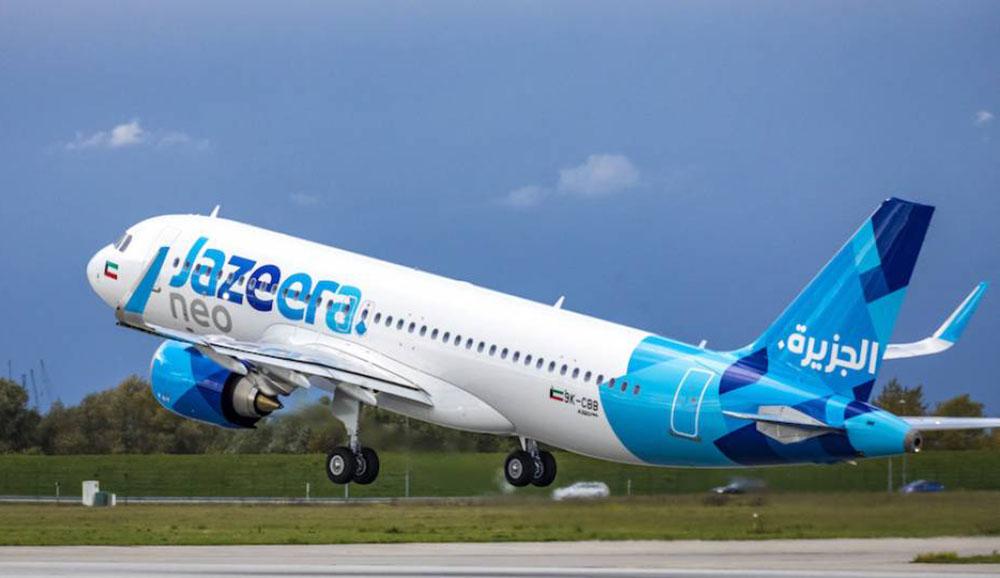 Jazeera Airways has awarded aircraft material solutions provider AMP Aero Services a three-year aircraft engine material parts consignment contract. The agreement covers CFM56-5B and -7B material, which AMP Aero will receive from engine shop removals during the period of the contract. AMP Aero says the expanded material agreement will help it better serve Jazeera and give it access to high demand material to fulfill additional orders. 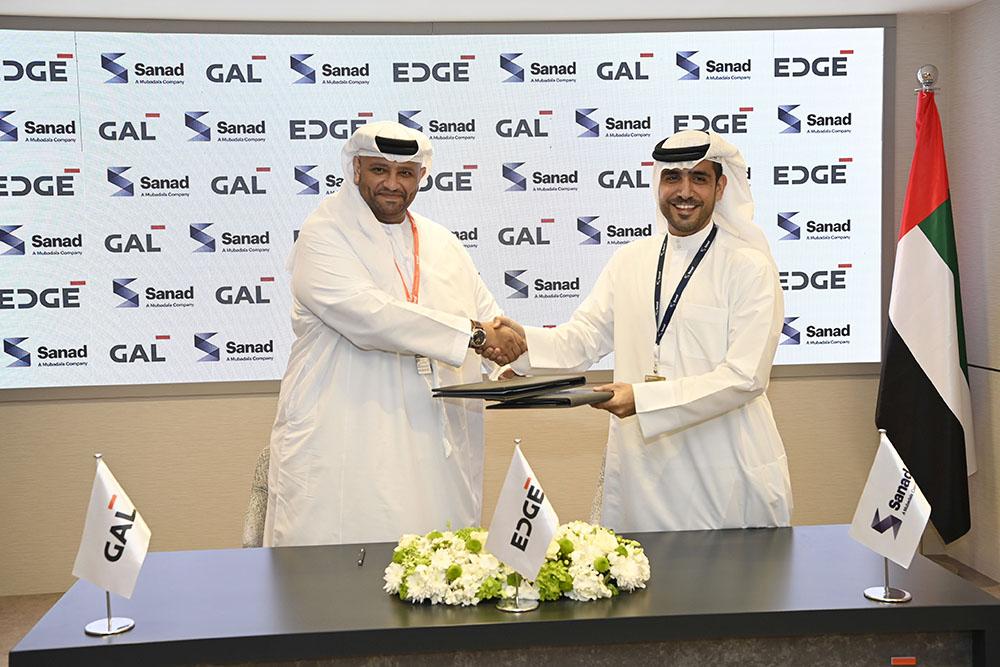 A roundup of MRO news and contracts from the 2021 Dubai Air Show.