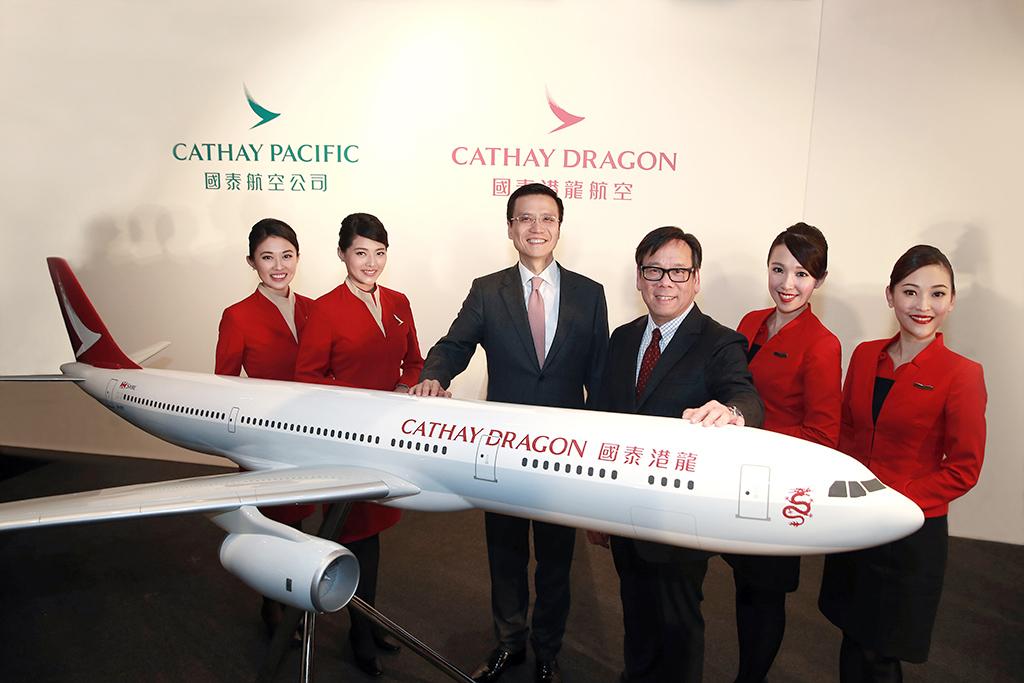 Dragonair is changing its name to Cathay Dragon, to associate itself more closely with the parent carrier’s brand. Pictured are Cathay Pacific CEO Ivan Chu (third from left) and Dragonair CEO Algernon Yau at the unveiling of the new livery. 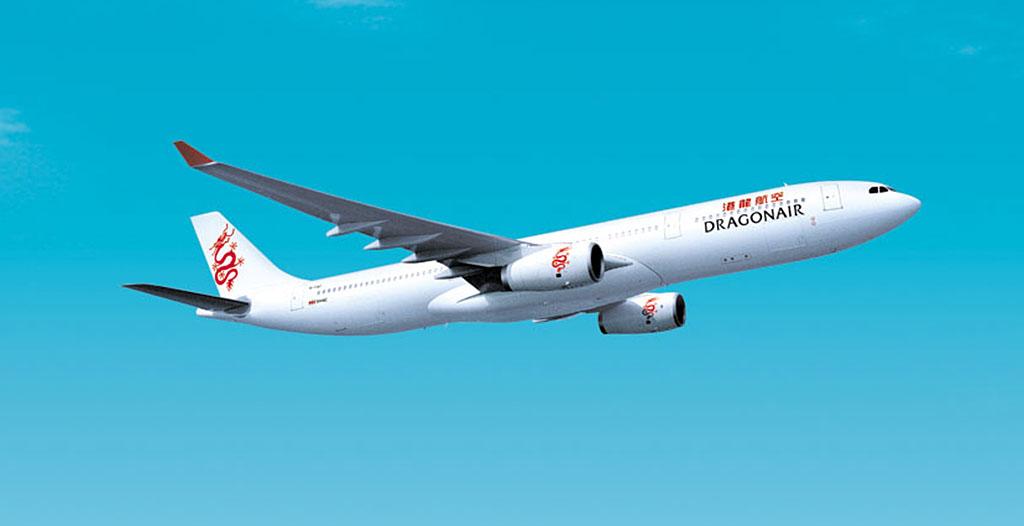 The current livery on Dragonair’s A320s and A330s features a distinctive dragon logo on the tail. 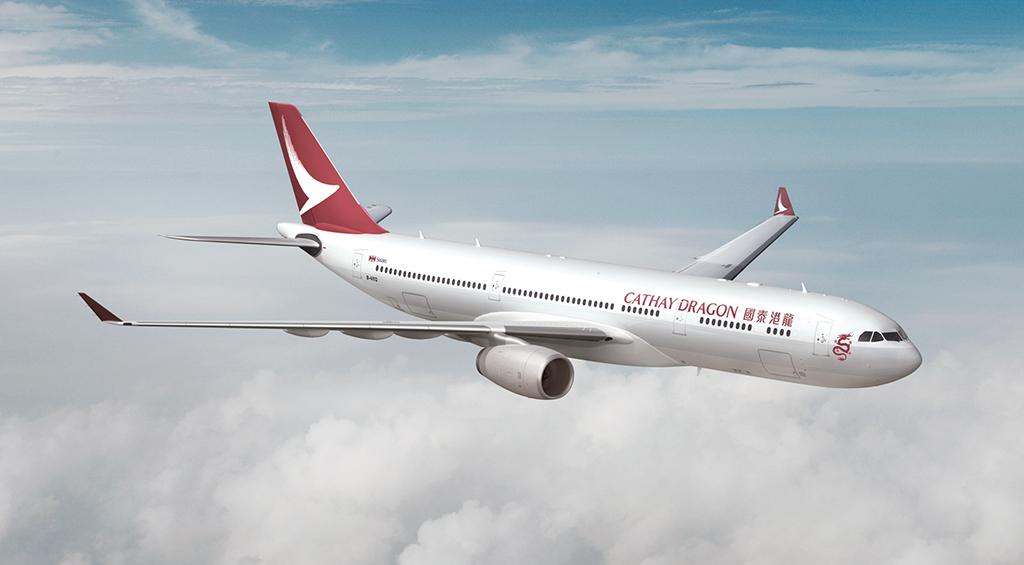 The new livery has the same style as Cathay Pacific’s, with the “brushwing” to be used on the tail. Dragonair aircraft will be distinguished by the deep red color palette, however. The current dragon logo will still be seen on the nose. 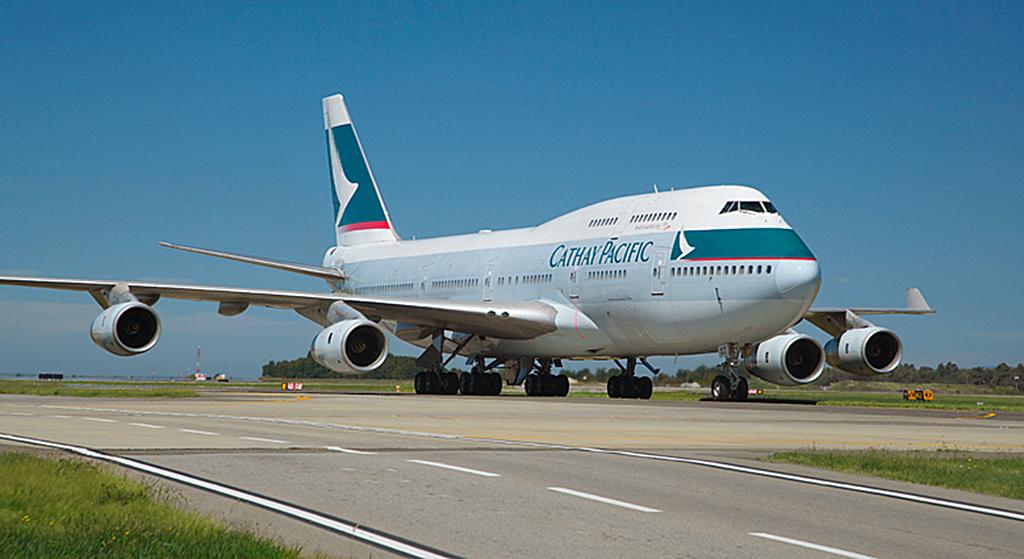 Cathay Pacific announced a rebranding of its own in November. Pictured is the current Cathay livery on a Boeing 747-400.

The new Cathay Pacific livery—seen in this artist’s concept—features an updated “brushwing” on the tail, a simplified color palette of green, gray, and white, and a more prominent display of the airline name. It debuted on a Boeing 777-300ER in November. 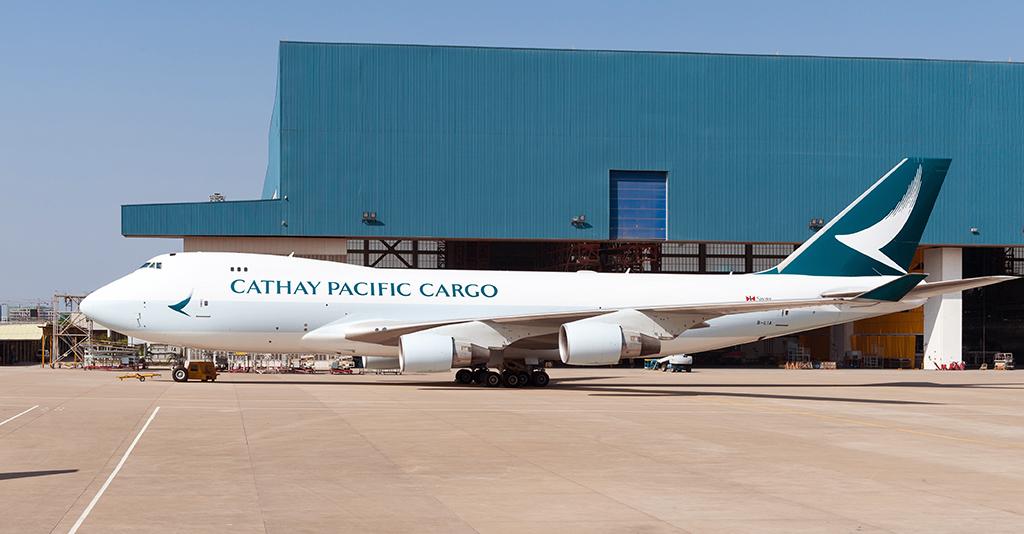 The first freighter—and second aircraft overall—to wear the new Cathay livery was this Boeing 747-400ERF, pictured at the HAECO facility in Xiamen, China, in January.

The carrier is being rebranded Cathay Dragon, and its aircraft will be repainted with a livery design similar to Cathay Pacific’s. The two airlines will continue to be operated separately under their own licenses, however.

Dragonair has been a wholly owned subsidiary of Cathay since 2006 and operates a fleet of 42 Airbus A330 and A320-family aircraft. The first aircraft to be rebranded will be an A330, which will be unveiled in April. Hong Kong-based HAECO is doing the repainting.

The new design will be introduced to the rest of the fleet progressively “in accordance with the regular painting schedule,” Cathay says. Nine aircraft are expected to receive the livery this year, and the whole fleet is to be finished by 2022. Cathay is not revealing the cost of the rebranding exercise.

Cathay Pacific revealed an updated livery of its own in November. A Boeing 777-300ER is the first aircraft to feature the new look. These changes include modification to the brushwing, and a simplified color range of green, gray and white.