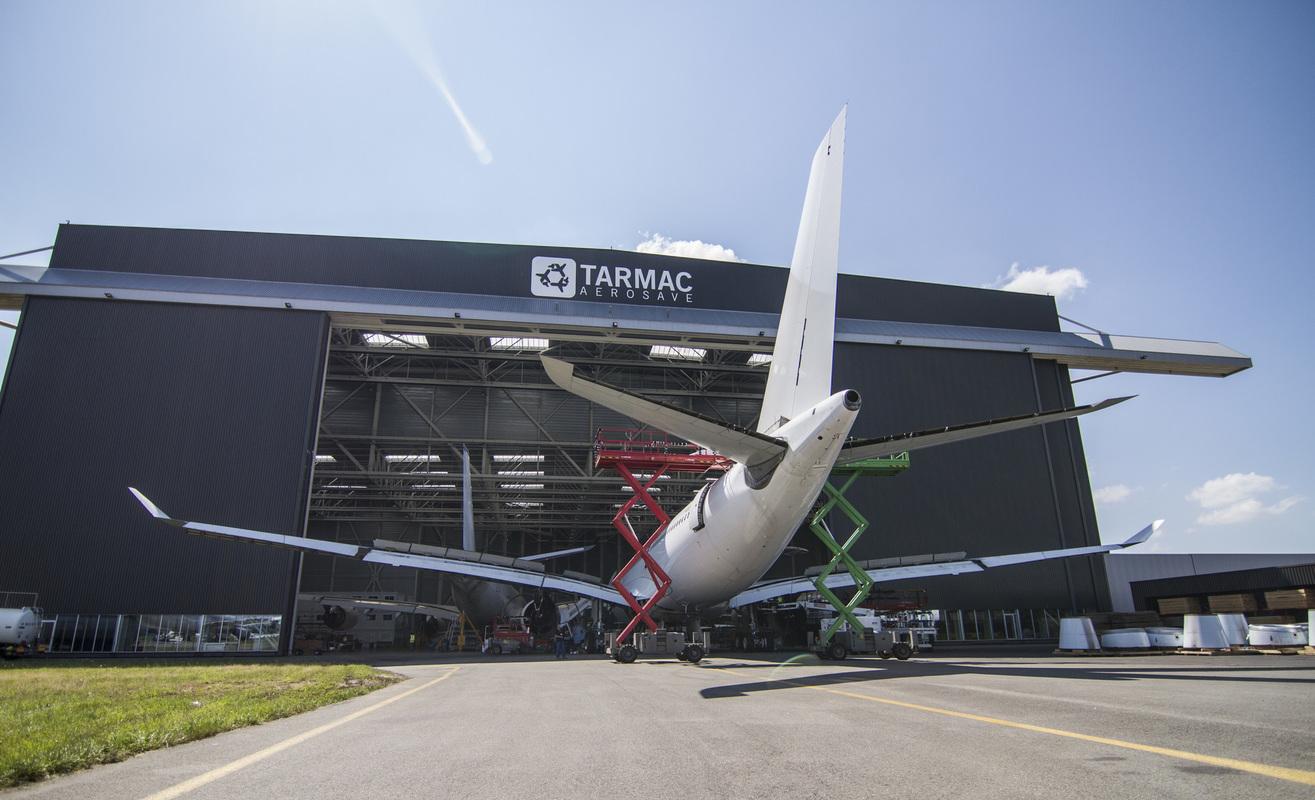 Aircraft recycling, storage and maintenance provider Tarmac Aerosave is rethinking approaches for non-recyclable aircraft components such as seat cushions or aircraft insulation mattresses. According to Pierre Bonnichon, Tarmac Aerosave’s sales director, engines, the roughly 20 aircraft the company dismantles annually result in thousands of non-recyclable seat cushions. Instead of letting the cushions go to waste, Tarmac Aerosave has started reusing them for packaging purposes, wedging them into component crates. It has also delivered aircraft insulation mattresses to a local company, which is using them to insulate their offices. 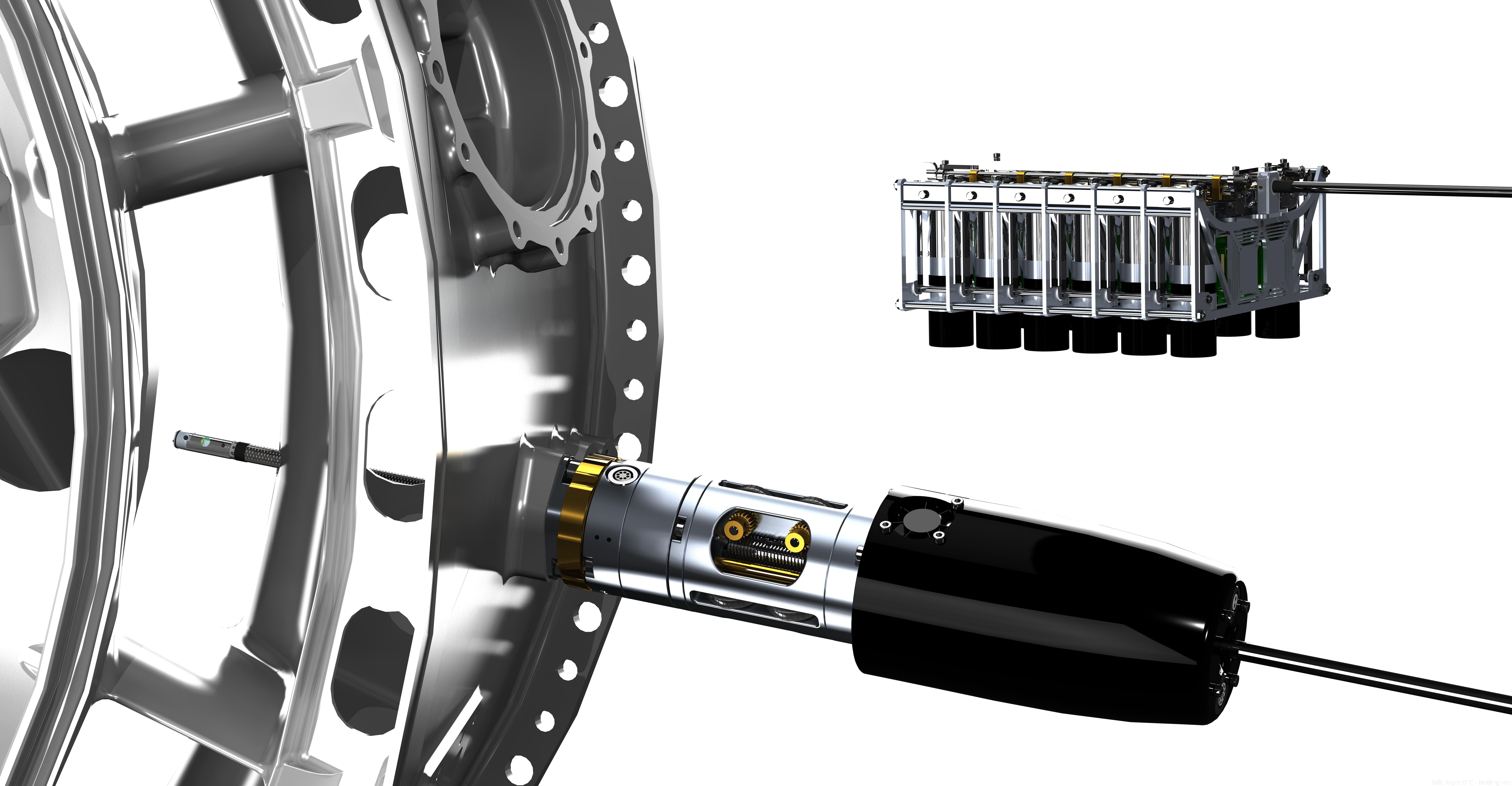 Rolls-Royce launched project REINSTATE in late 2020 to develop emerging technologies for improving engine maintenance, which it says will reduce airline disruptions and environmental impacts. In addition to exploring the use of technologies such as robotics, data analytics and additive repair methods for engine maintenance, it is exploring how to repair and maintain materials and components for future low-carbon engines, including electric technology. The project, which is being conducted in partnership with the UK’s ATI Programme, is set to last through March 2024. 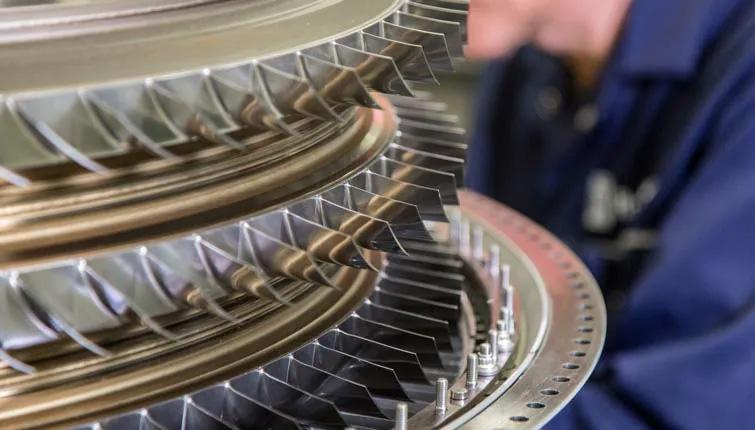 Rolls-Royce is also engaged in significant engine recycling efforts through its Revert program, which it says helps it to recycle up to 98% of its gas turbine engines and return the material to a high enough standard for reuse in aerospace or other sectors. The program is in place at more than 100 Rolls-Royce manufacturing and repair facilities worldwide, where Rolls-Royce uses processes to remove coatings, separate alloys and clean up waste metals before being returning them to material suppliers for re-melting and reuse. 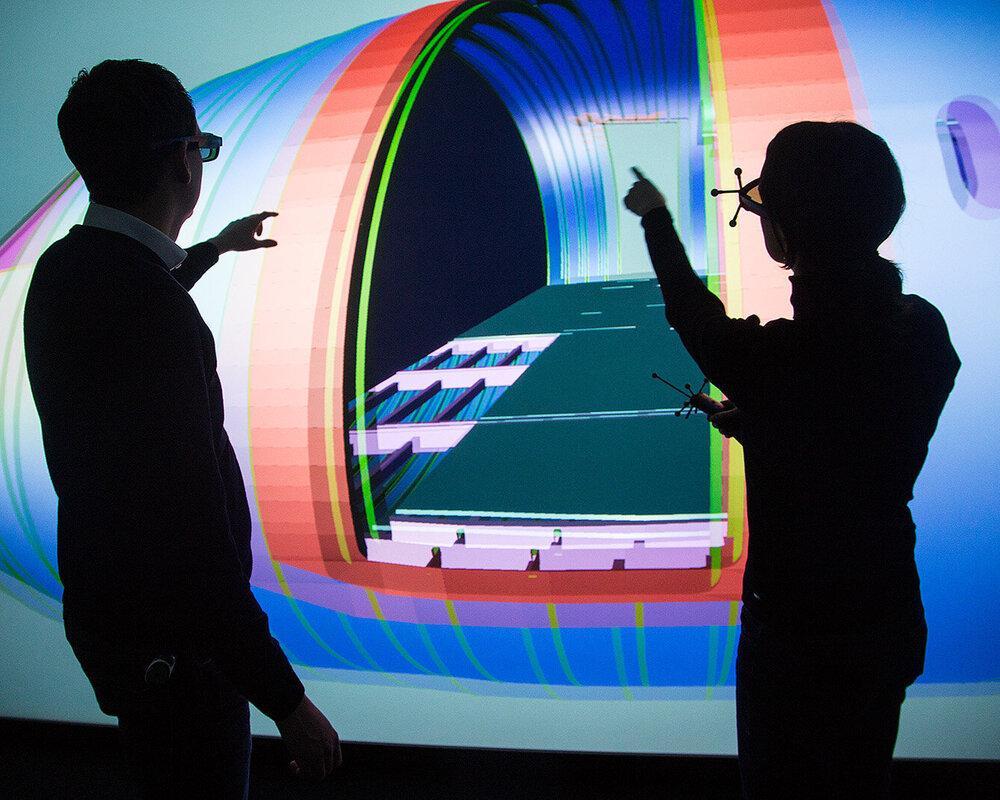 A new startup accelerator has launched in Germany which is looking to develop technologies to reduce the aviation industry’s impact on climate change. Hamburg-based Sustainable Aero Lab will bring together startups focused on various areas related to sustainability, including reducing emissions and other potential areas such as greener aircraft and component maintenance, low noise solutions or additive manufacturing. Its first cohort of startups is set to begin this year. 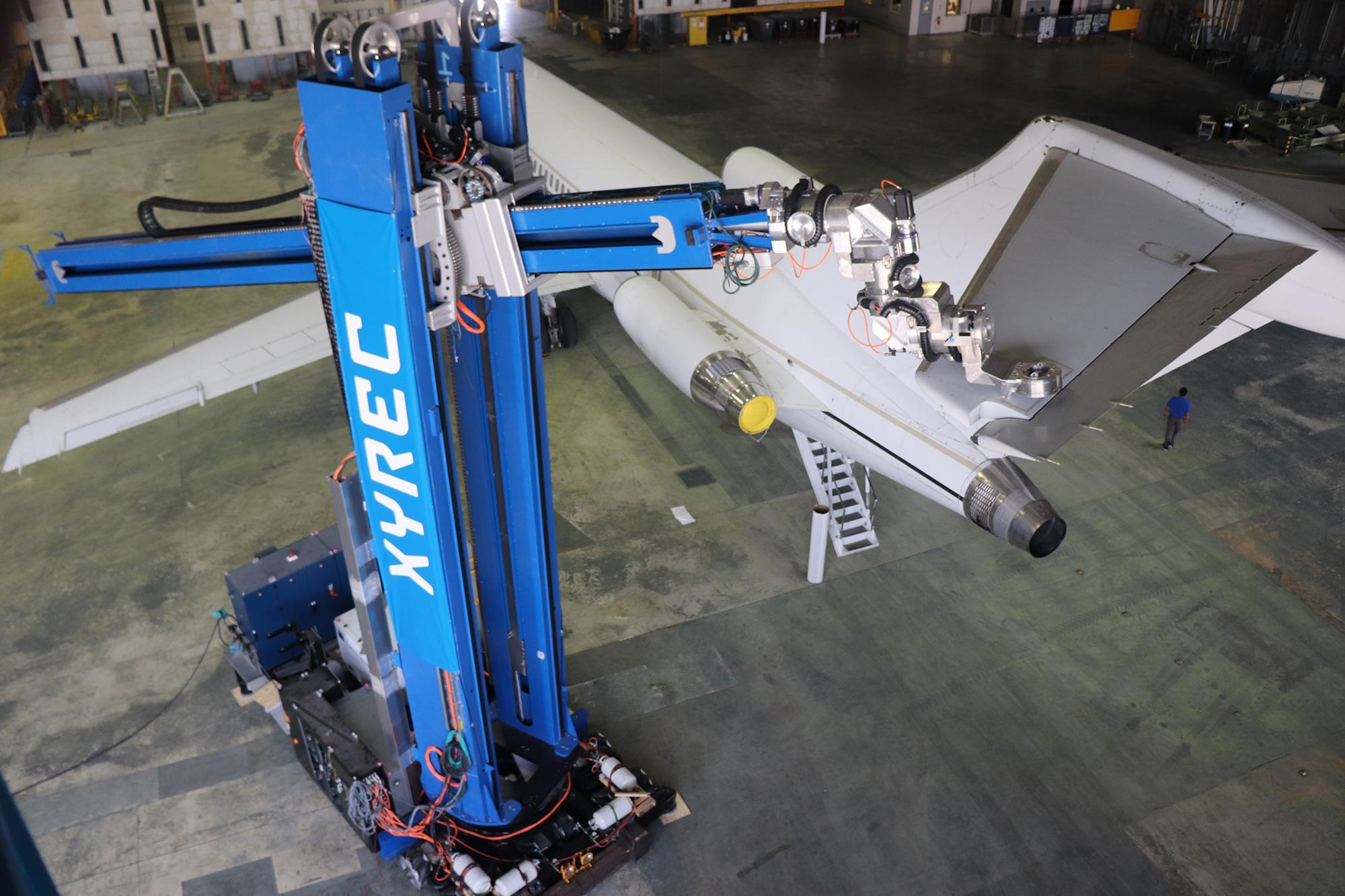 Dutch robotics specialist Xyrec has developed two solutions to reduce environmental hazards and waste within aircraft stripping and painting processes. Xyrec says its Laser Coating Removal robot can reduce turnaround time by up to 60% and reduce or entirely eliminate environmental and health hazards involved in traditional aircraft de-painting processes. It says the robot’s laser processes results in only around two lb. of waste in powder form for de-painting of a widebody aircraft, compared to approximately 475 gallons of chemicals and 3,700 gallons of water generated by traditional de-painting methods. 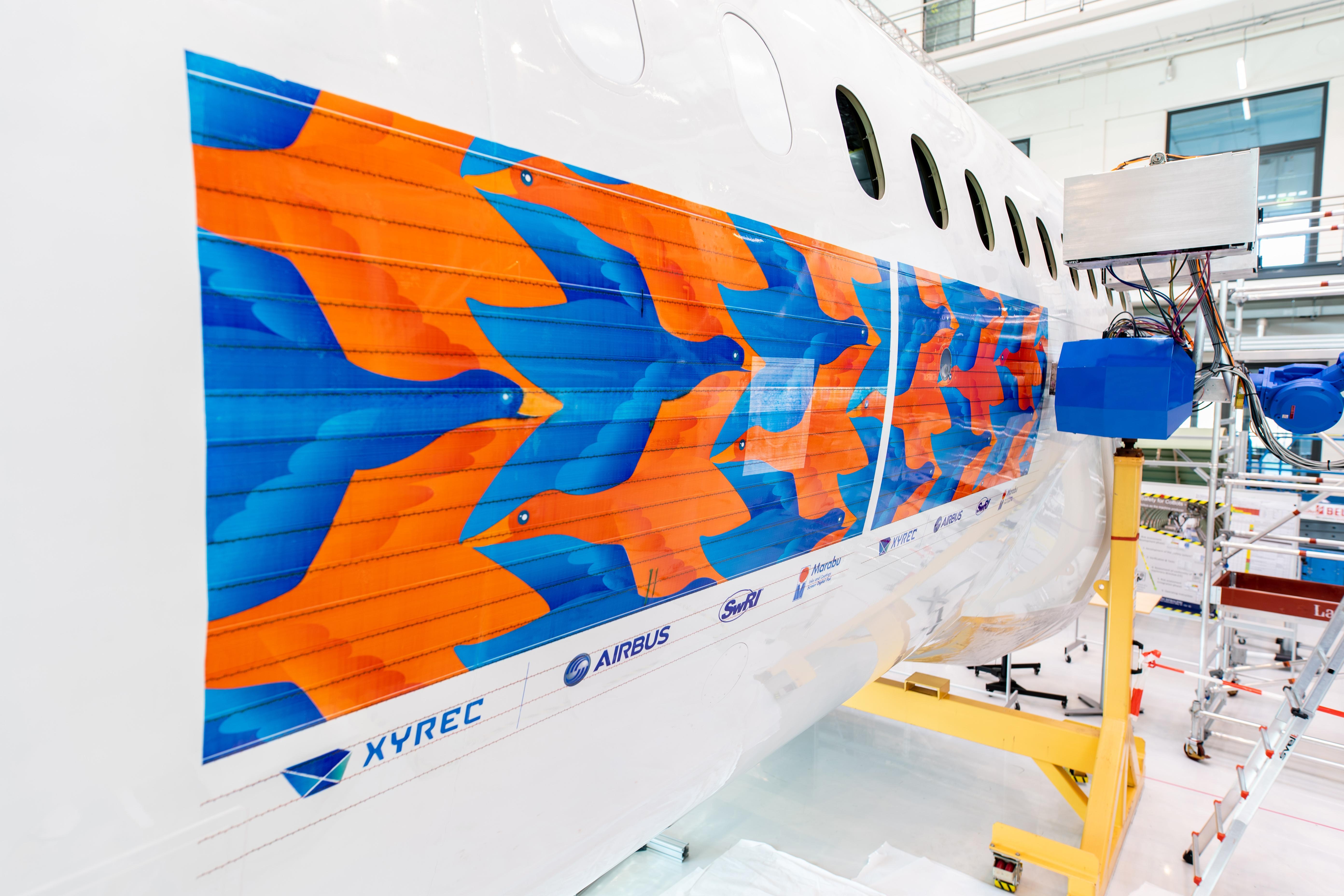 Meanwhile, Xyrec’s Automated Paint Robot prints aircraft livery designs on an aircraft fuselage, which it says is more efficient than traditional masking and spray gun methods. It says the end-to-end painting process—including sanding, cleaning, application of coatings and printing of new livery designs—is significantly quicker using the robot than through manual methods. According to Xyrec, the robot can save up to 30% of paint and reduce labor costs by 80% by reducing time in the paint shop from 16 days to 5 days. 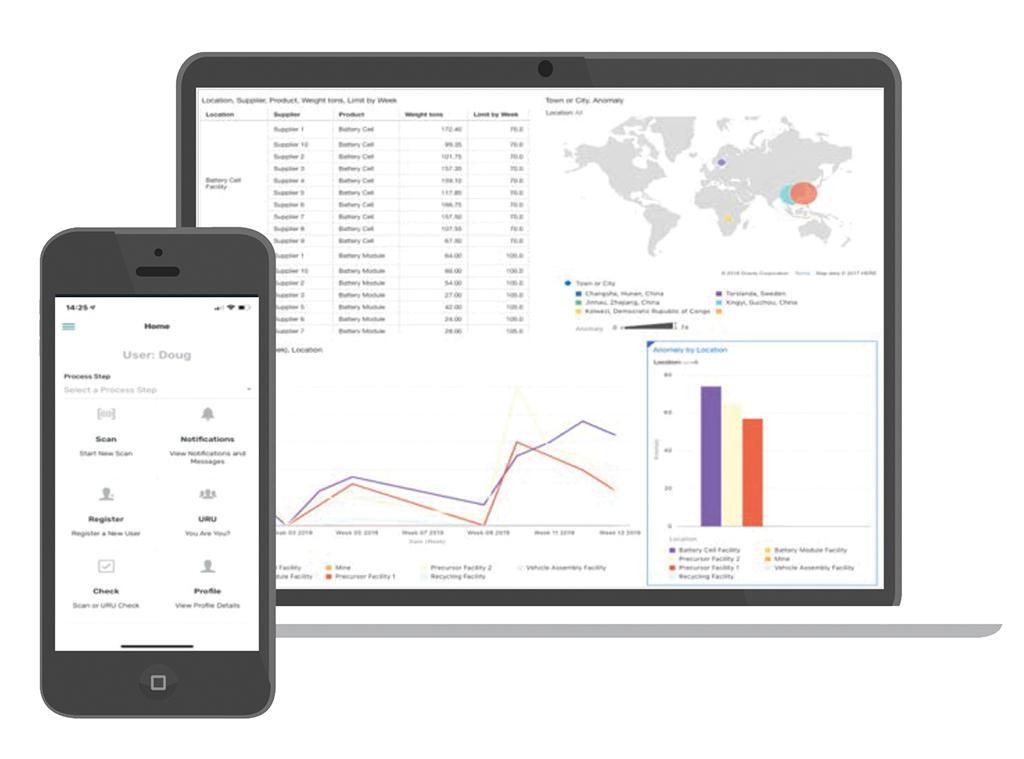 A startup offering “Traceability-as-a-Service” within the supply chain is working with aviation customers to track carbon emissions during the production of aircraft, as well as the authenticity and traceability of aircraft parts and powder used for 3D printing. Circulor provides a cloud platform that tracks supply chain data along the journey from source to consumption, creating a digital footprint for raw materials that maintains the integrity of its credentials throughout its lifetime. According to Circulor, the service helps OEMs make informed choices about sustainability and ethical sourcing while managing their supply chains more effectively. Through its experience in the ATI Boeing Accelerator, Circulor worked with Boeing and GKN on authenticity and traceability of aircraft parts. 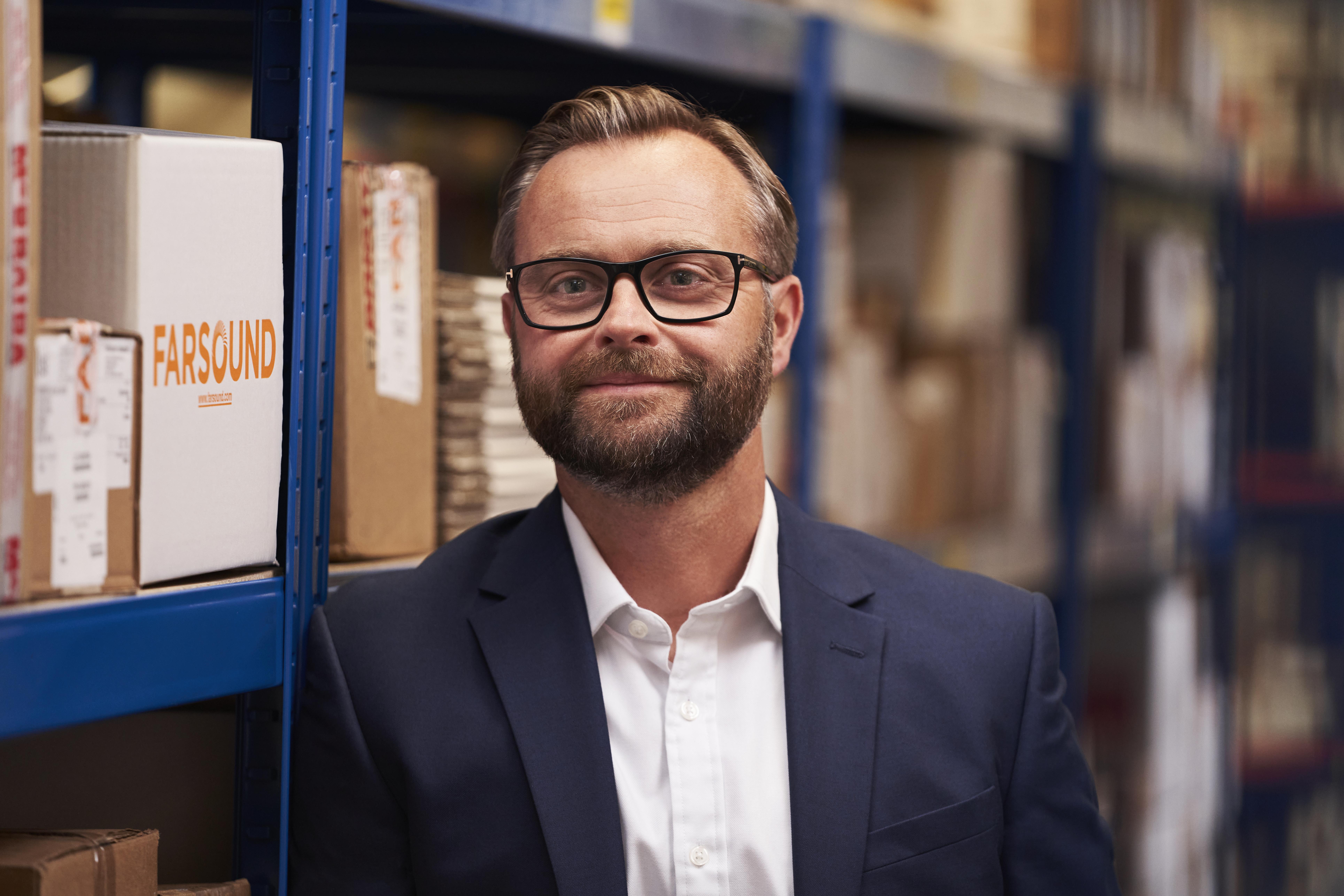 Aero engine MRO supplier Farsound has recently implemented several environmental programs across its global sites. During the COVID-19 lockdown, it looked at ways to improve waste recycling, including reducing paper use and shredding cardboard to repurpose as packaging material in place of plastic bubble wrap. It also introduced a Bike2Work scheme in 2020 and moved its entire company car fleet to either fully electric or hybrid vehicles. 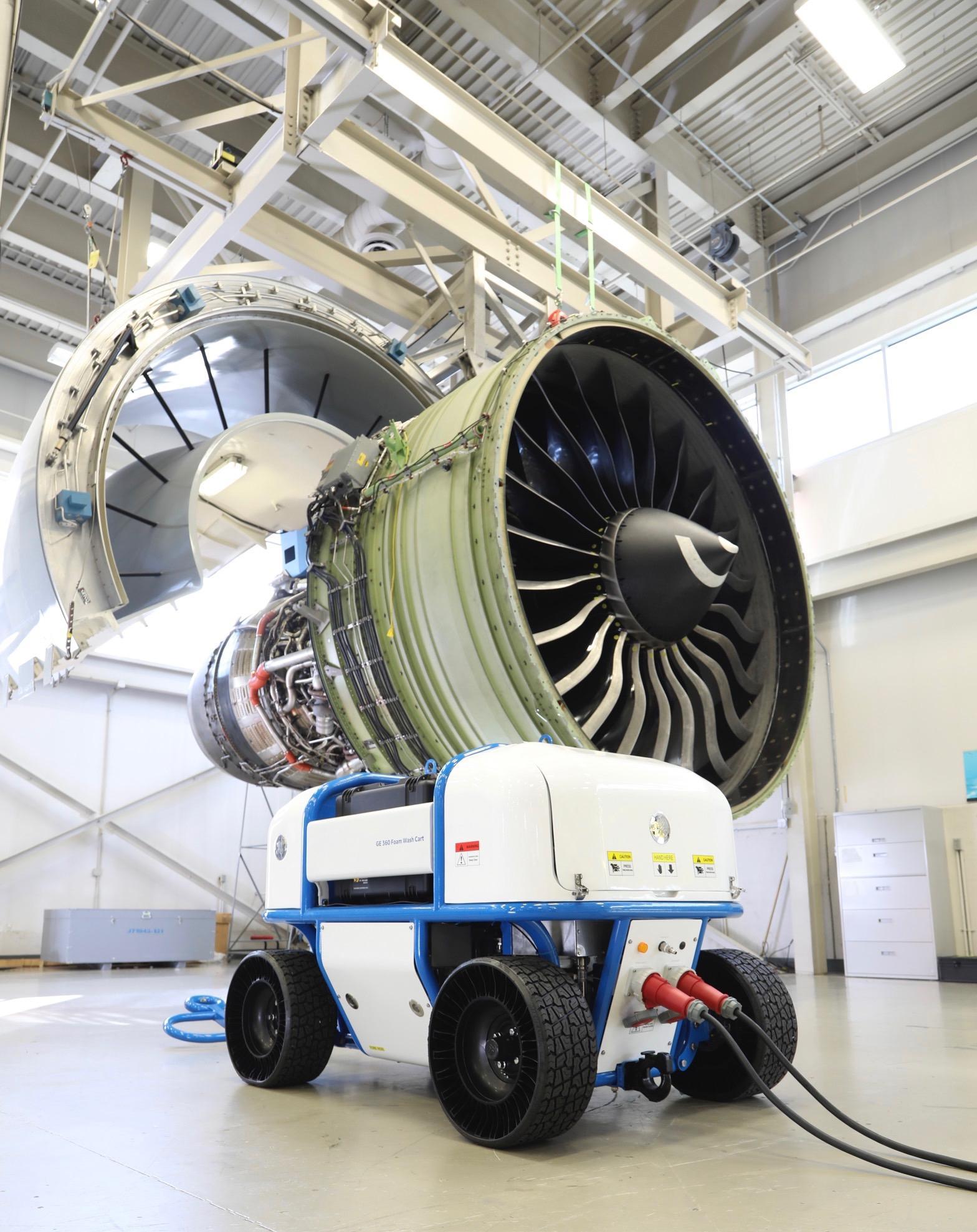 GE Aviation has introduced a waterless engine wash solution called 360 Foam Wash that it says will provide benefits for engine performance and the environment. According to GE Aviation, the self-contained system restores engine performance and leads to a reduction in fuel consumption by reducing build-up of deposits in the engine, lowering engine exhaust temperatures and improving engine compressor efficiency. Etihad Airways, which is using 360 Foam Wash, says it expects the system to help it reduce more than 7,000 metric tons of carbon dioxide for its combined GEnx-1B and GE90 fleets through 2021. 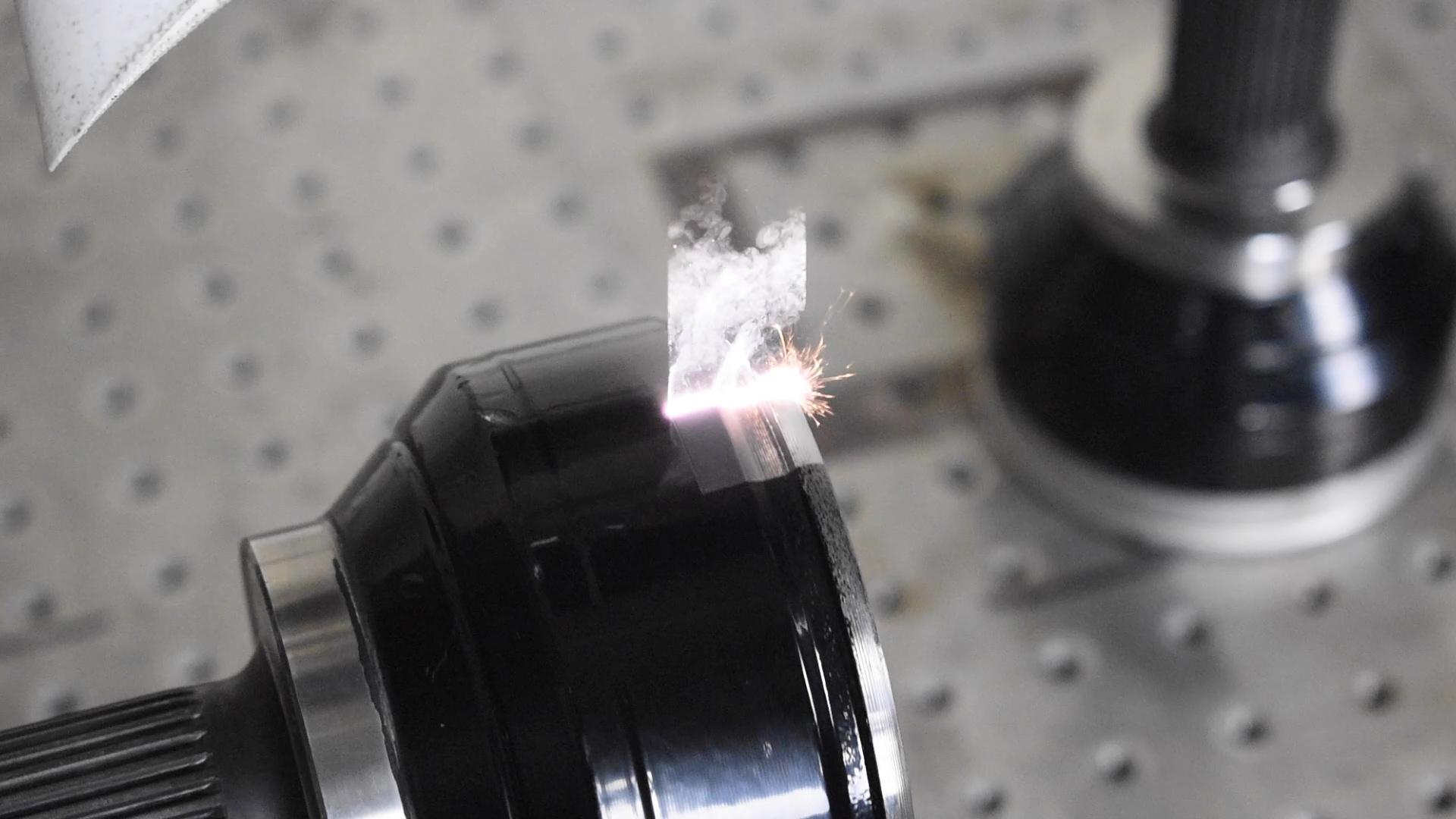 Laser ablation technology from Adapt Laser is being used by customers within commercial and military aerospace to remove coatings or clean tools and components in a way that is safer, greener and more efficient. Unlike other abrasive cleaning methods, Adapt Laser says its systems do not create hazardous mixed waste, instead capturing removed coatings and contaminants through filters so they are easy to dispose of. According to Adapt Laser, this method is safer and more cost-effective while also reducing the noise pollution that would occur during abrasive blasting methods. The U.S. Navy’s Fleet Readiness Center East, which provides MRO and technical services for Navy and Marine Corps aviation, is currently looking into adopting the technology.

A look at how OEMs, MROs and startups are improving sustainability through efforts such as component recycling, greener processes and research into environmentally-friendly technology.