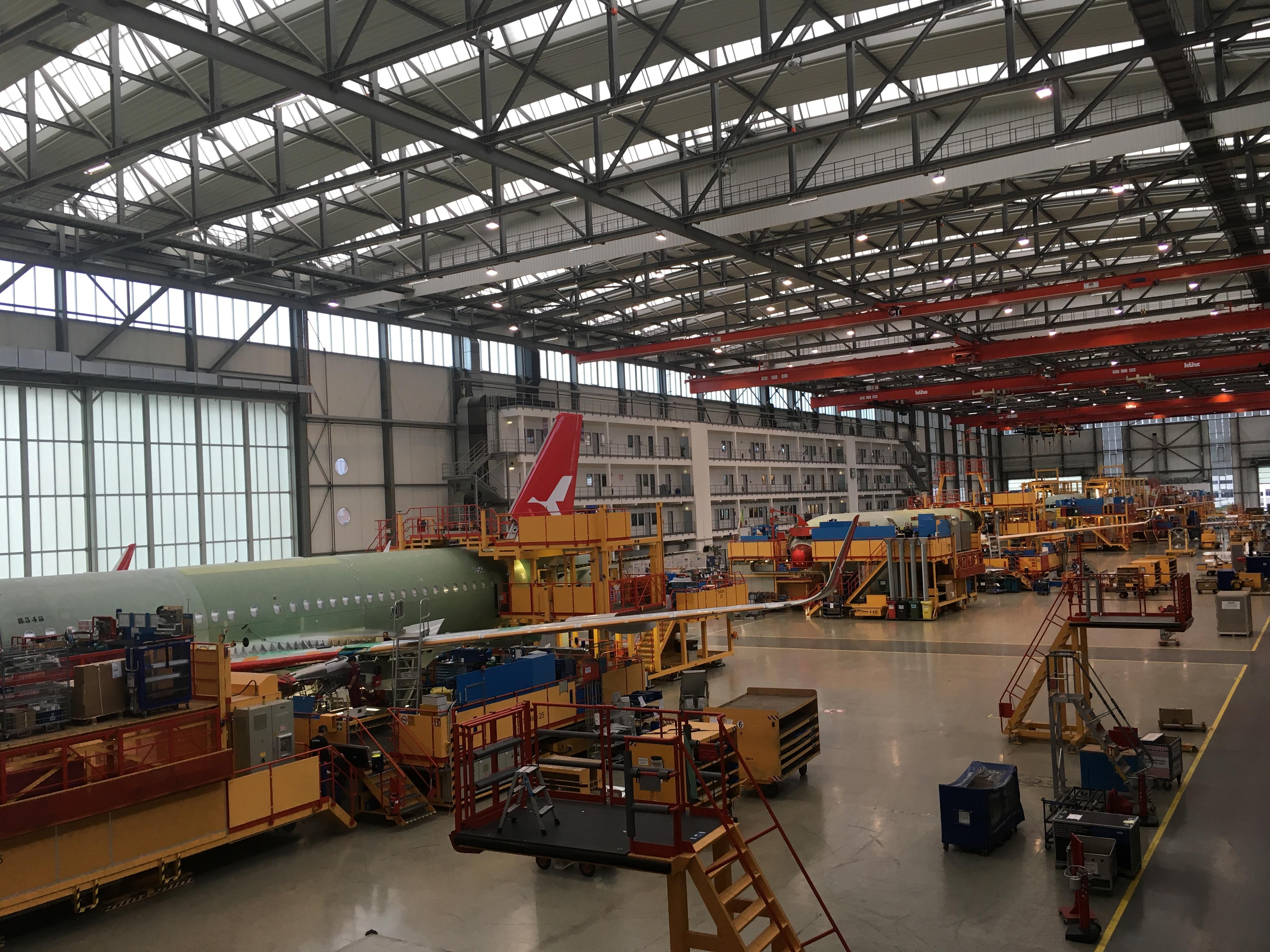 Airbus has four A320 production lines, where it produces about one aircraft per day. Final assembly for each aircraft takes about one week. 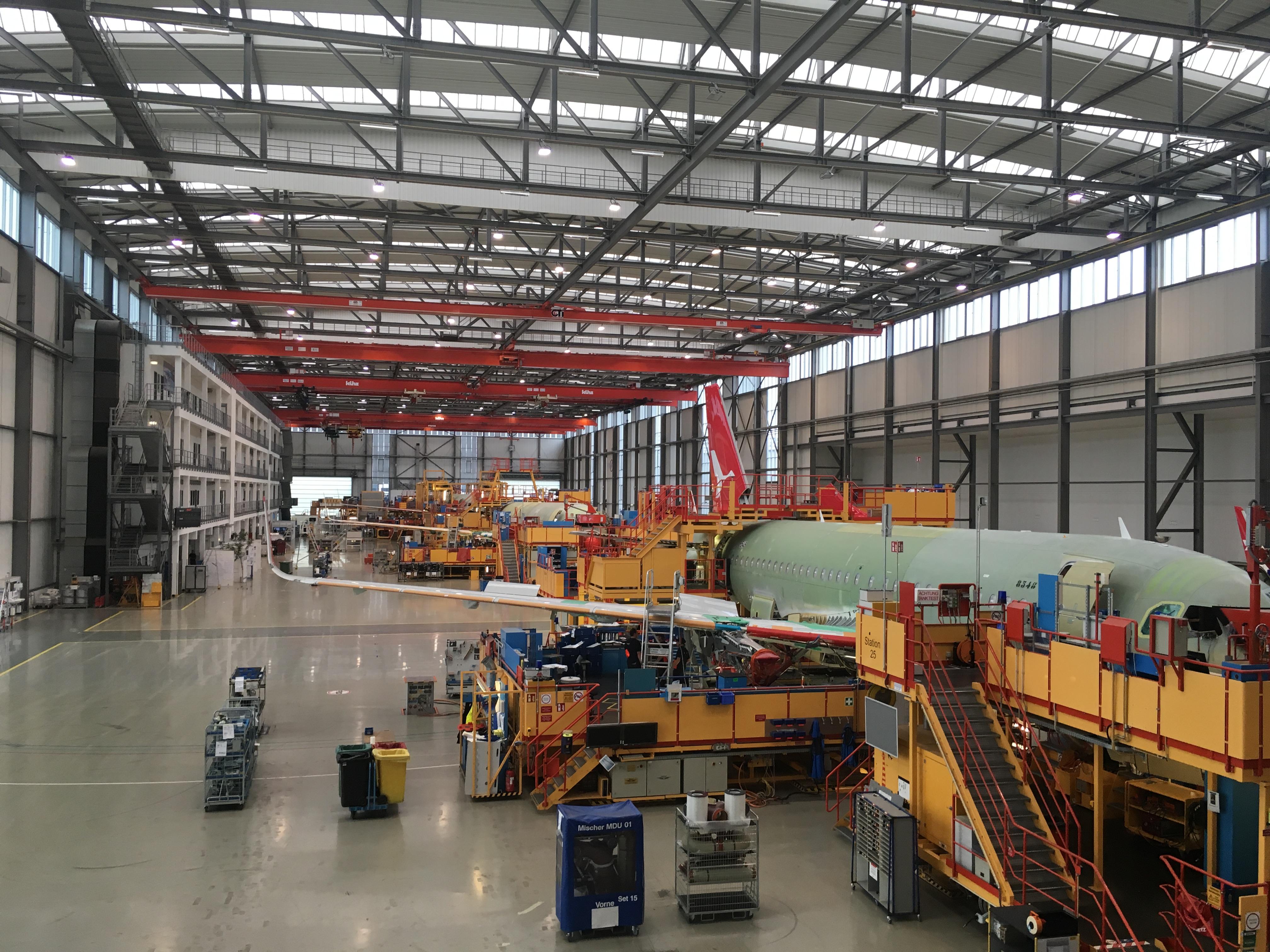 The process is broken down into four stations, any of which can work on A320ceo or neo aircraft. The first station rivets the fuselage sections together. The second installs the landing gear, sharklets, wings and pylons. The third attaches things such as the vertical stabilizer, or in Airbus vernacular, vertical tail plane (VTP), and radar. The fourth is final installation and the cockpit. 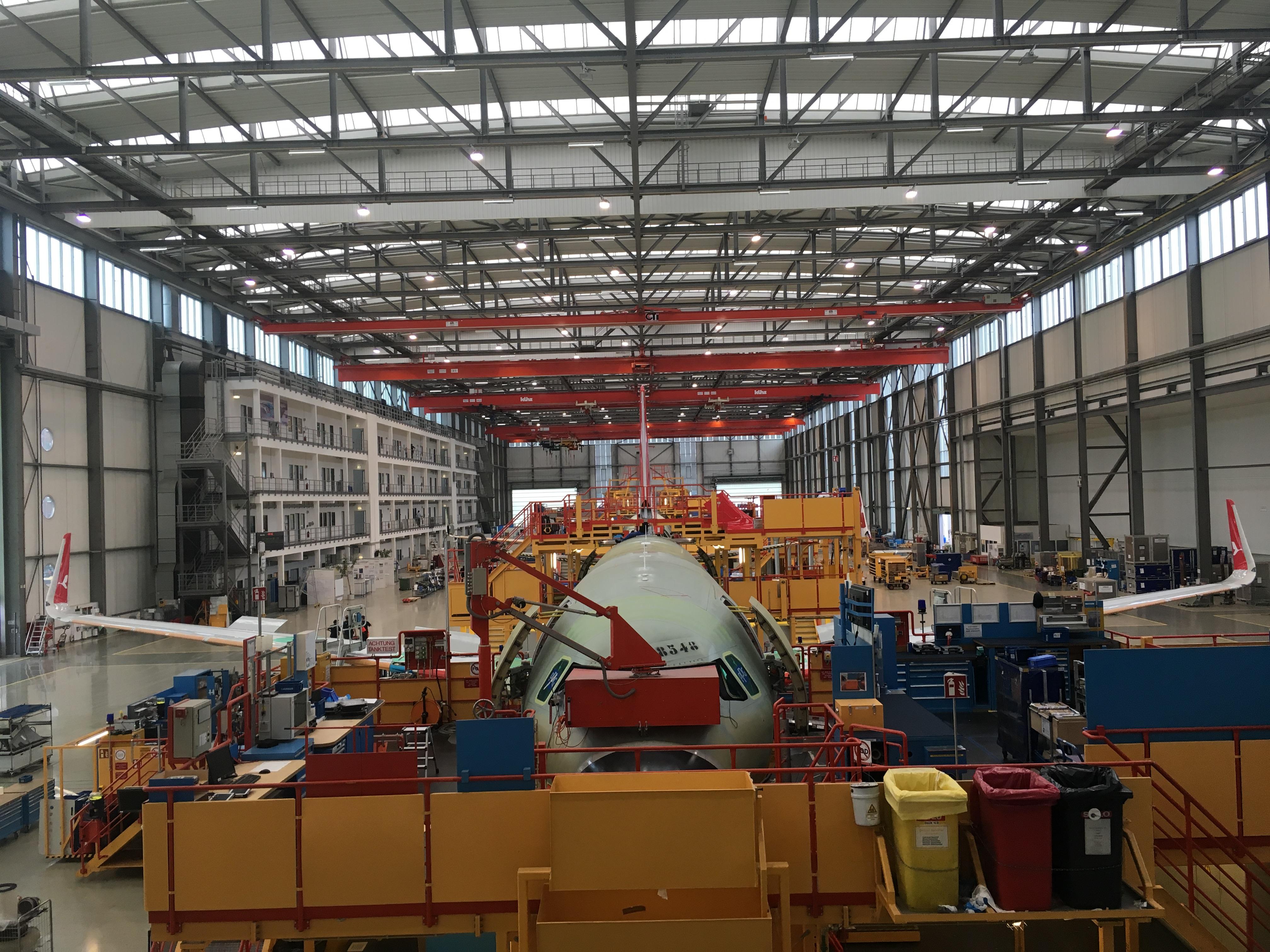 The four-station A320 assembly line is the same at its four final assembly facilities--in Hamburg; Toulouse; Mobile, Alabama, and Tianjin, China—so training and procedures are identical. 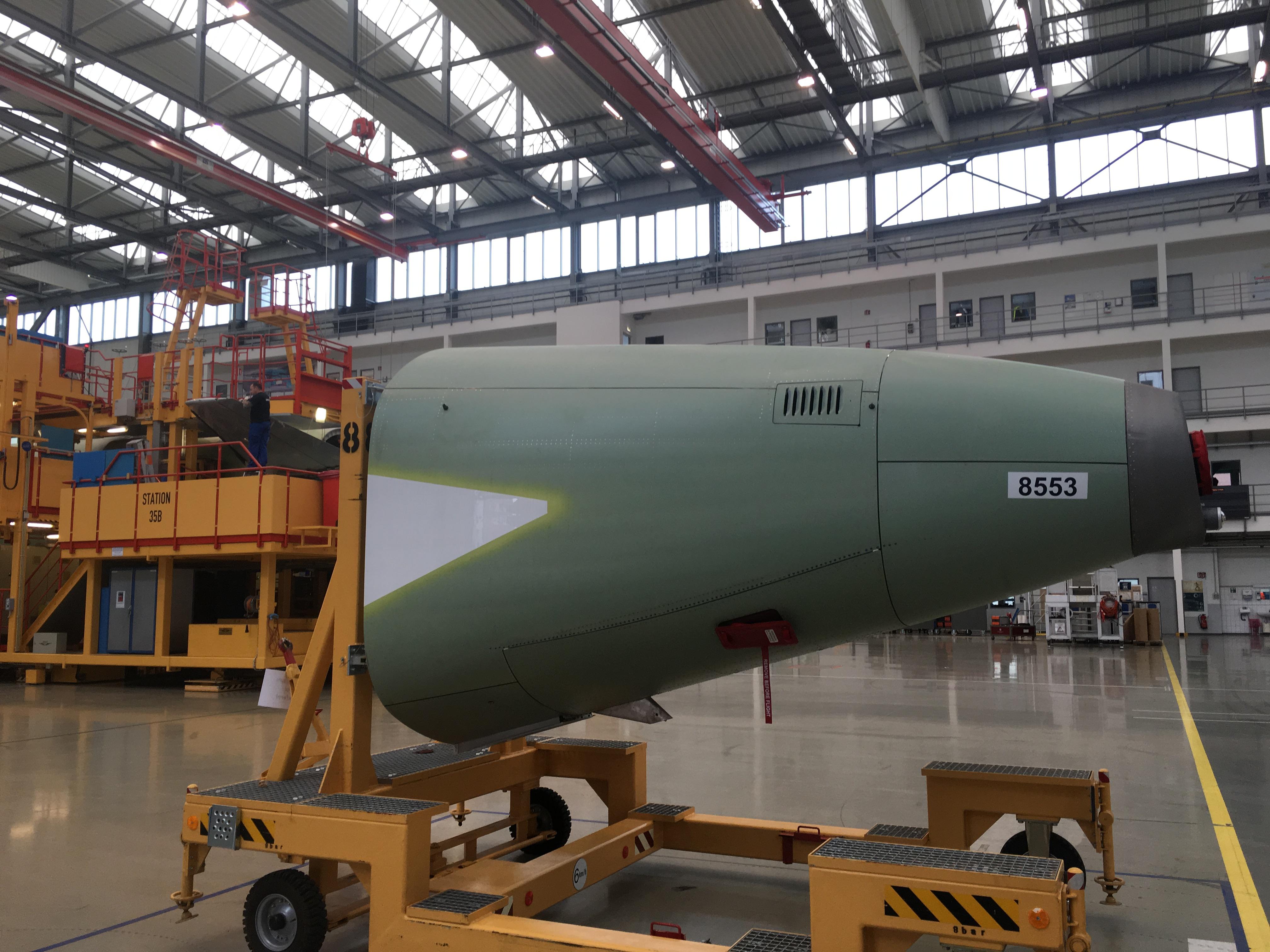 Airbus produces about 50 A320s per month but is ramping up to a target of 60 per month by mid-2019. Airbus’ newest production line, the fourth in Hamburg, opened in June. Airbus converted an A380 facility (hall 9) into this prototype A320 line. 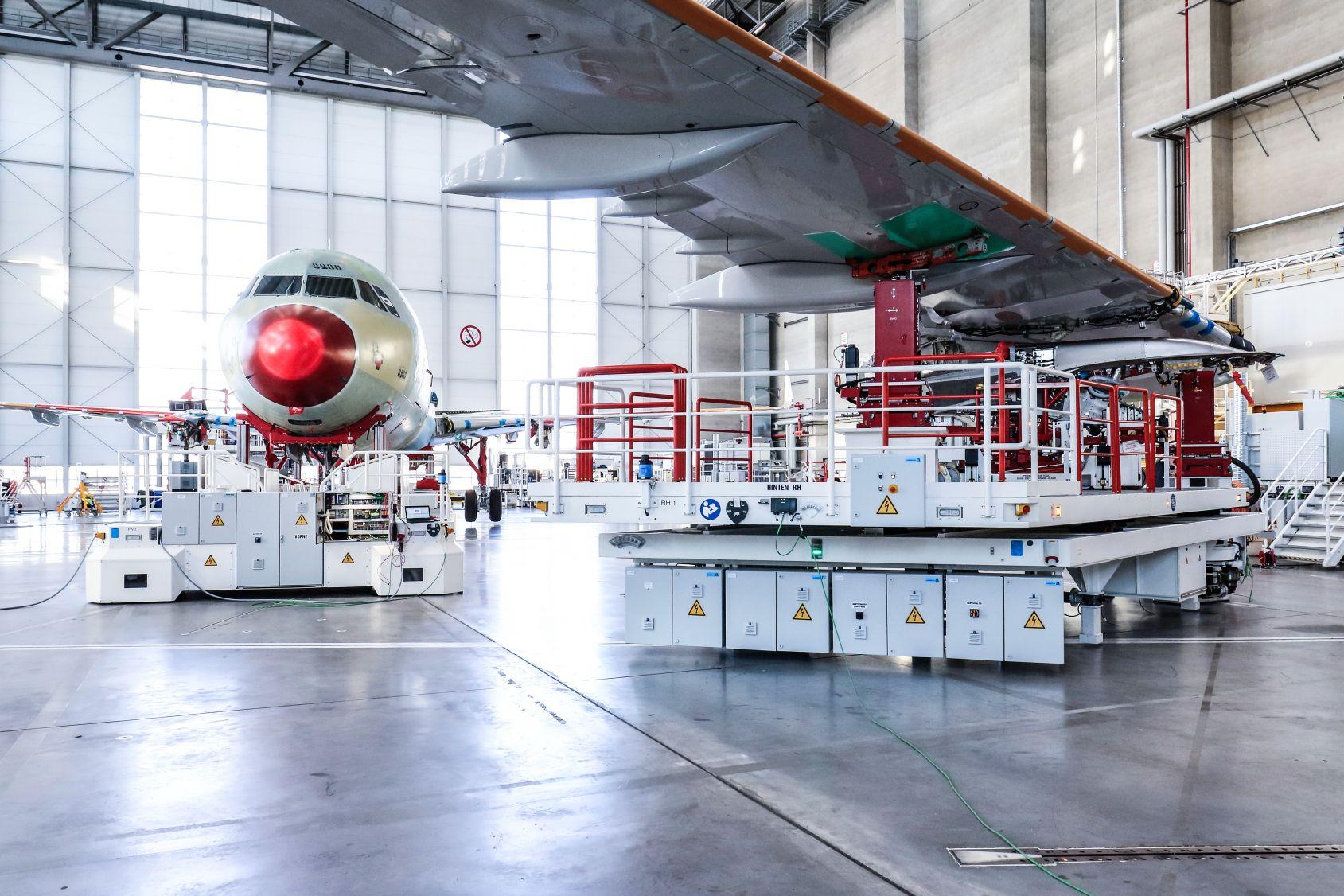 The fourth line, a prototype, includes a movable line—so no cranes or deep pylons. This new line concept launched in June, operates more like a spiral than a straight line and includes more automation and digitalization. It also is the test bed for new smart tools and exoskeletons. 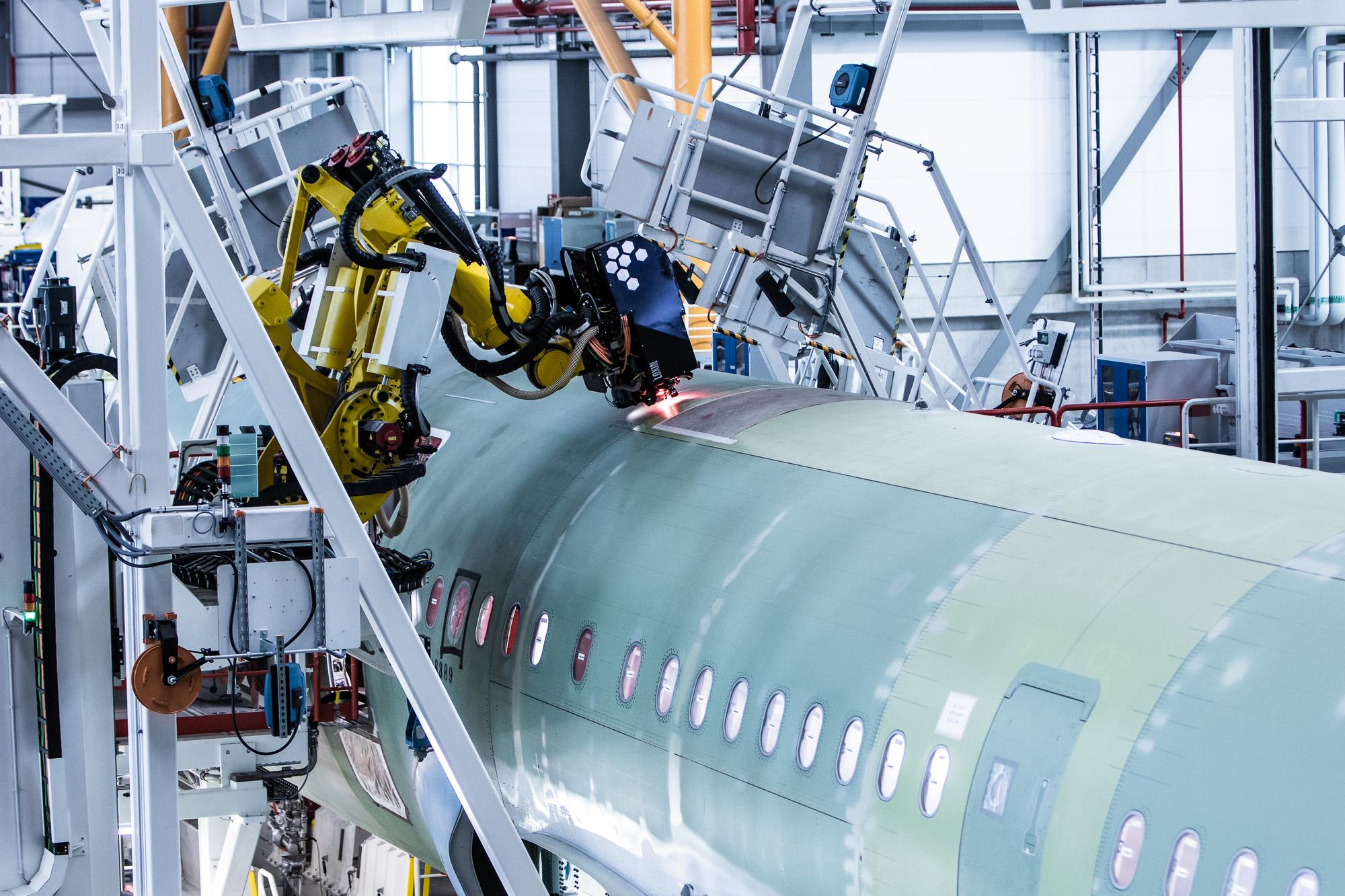 Two seven-axis robots on the new fourth A320 line, named Luise (left) and Renate (right), drill 80% of the outside rivets, which provides an ergonomic improvement for workers. 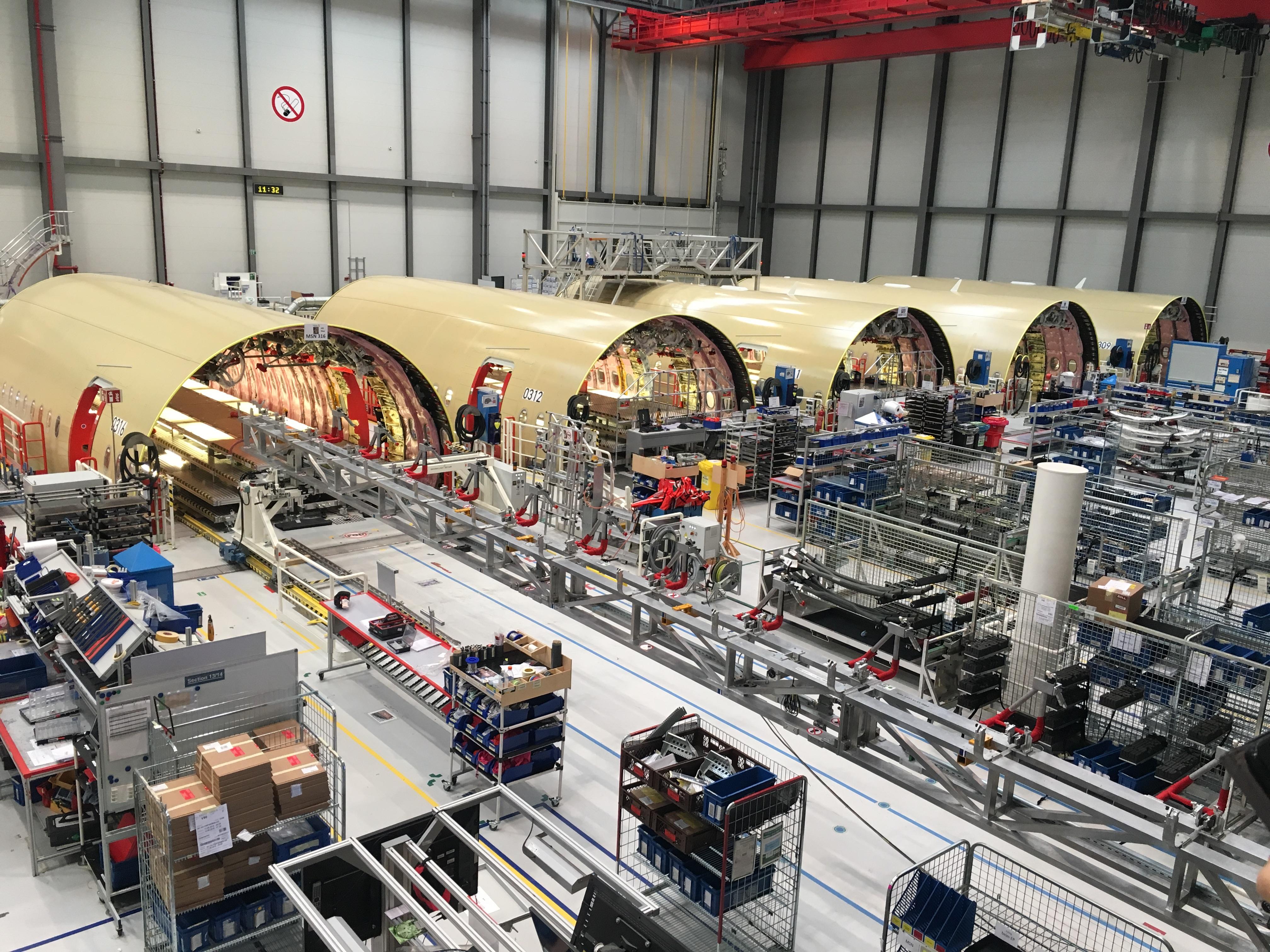 Airbus’ Hamburg facility also builds the rear and middle sections of the Airbus A350XWB. Fifty-three percent of the aircraft is made of advanced material, making it the lightest Airbus aircraft by percentage. Most of the main structure is carbon fiber. 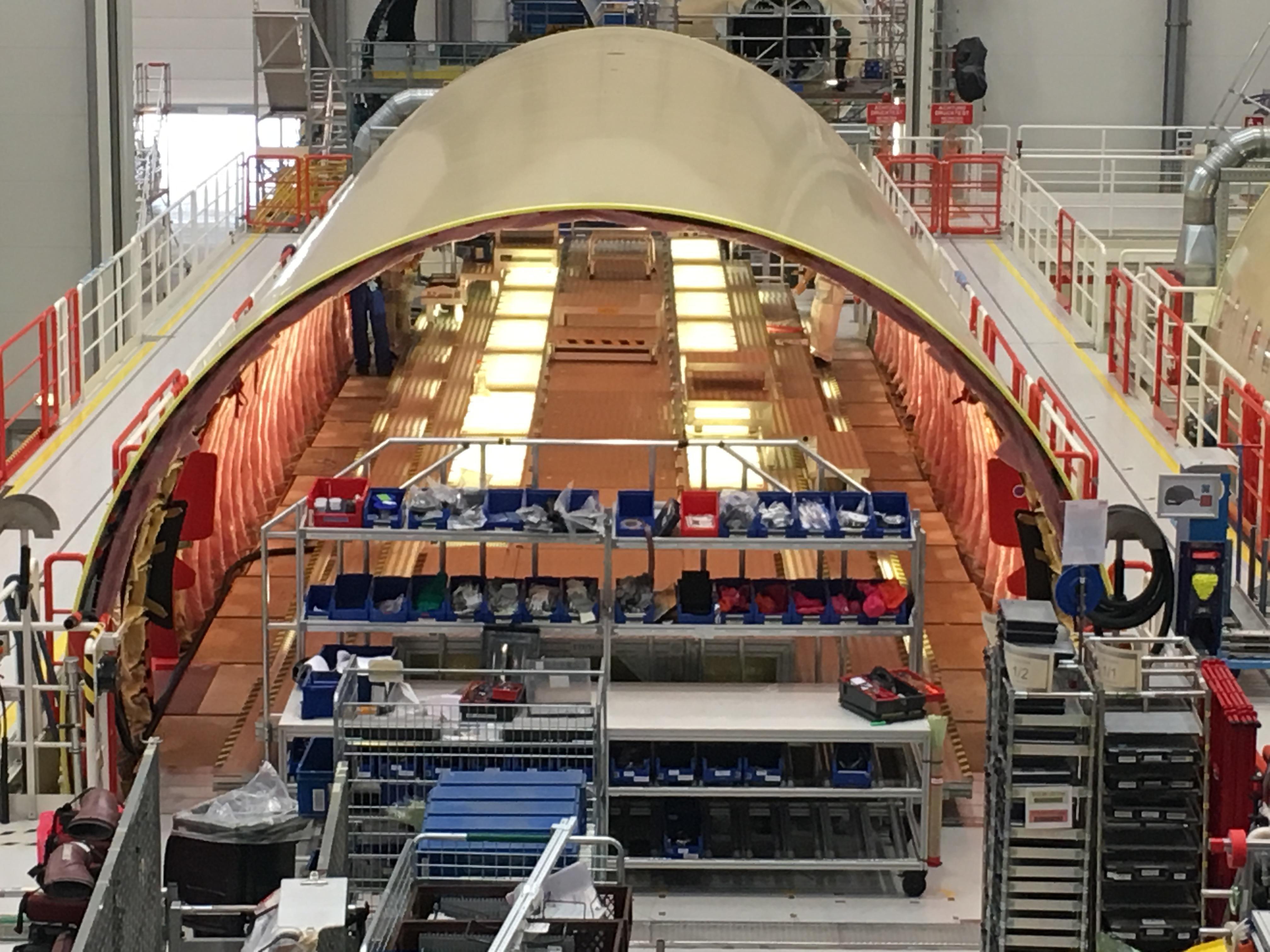 The A350XWB sections are then fitted with insulation, cables, wires and all of the other equipment passengers don’t see via an upper and lower deck. 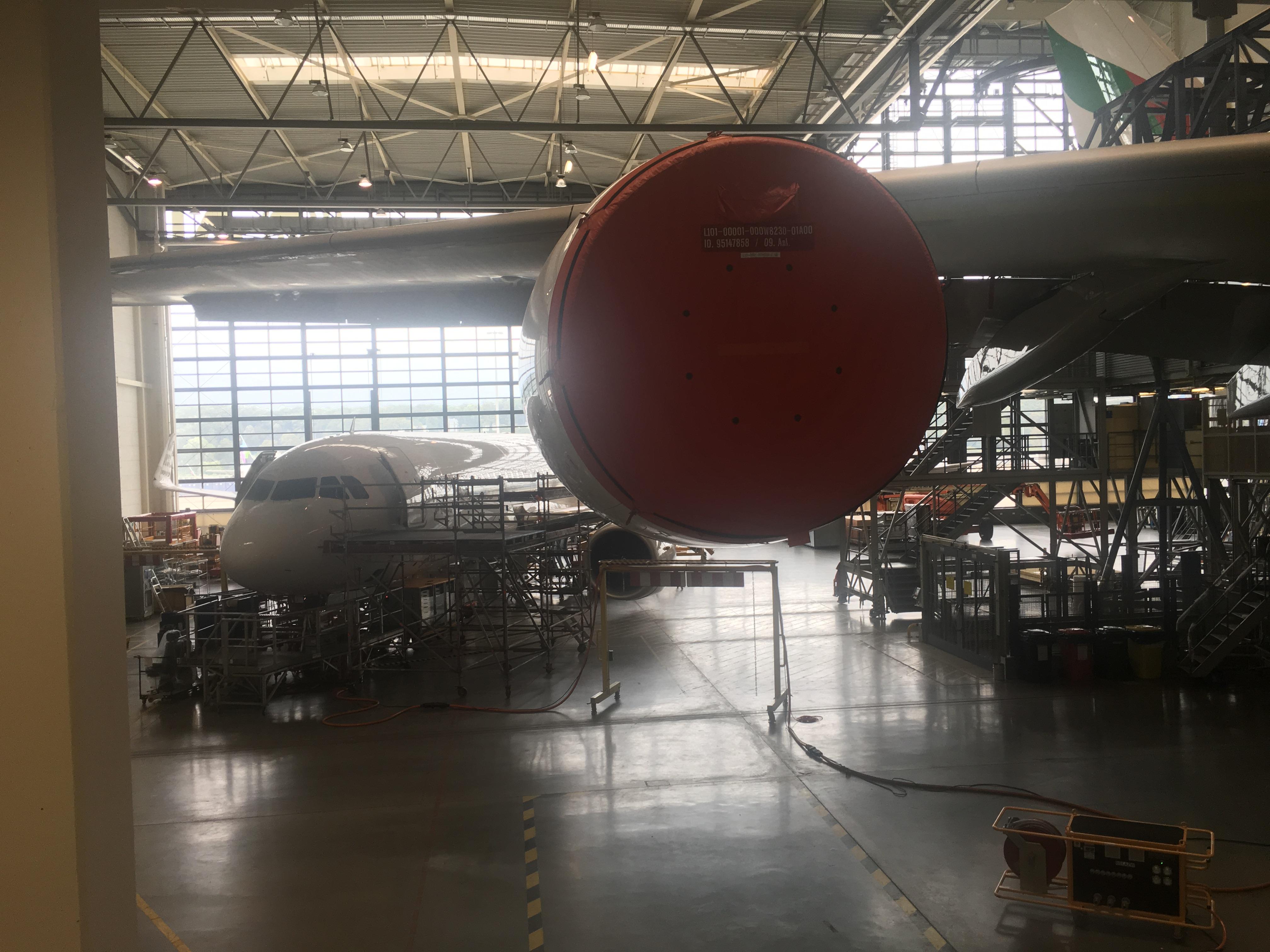 Airbus’ Hamburg facility also completes the A380 final assembly here. An A380 engine's diameter equals that of an A320 fuselage. A typical A380 seats 525 passengers. 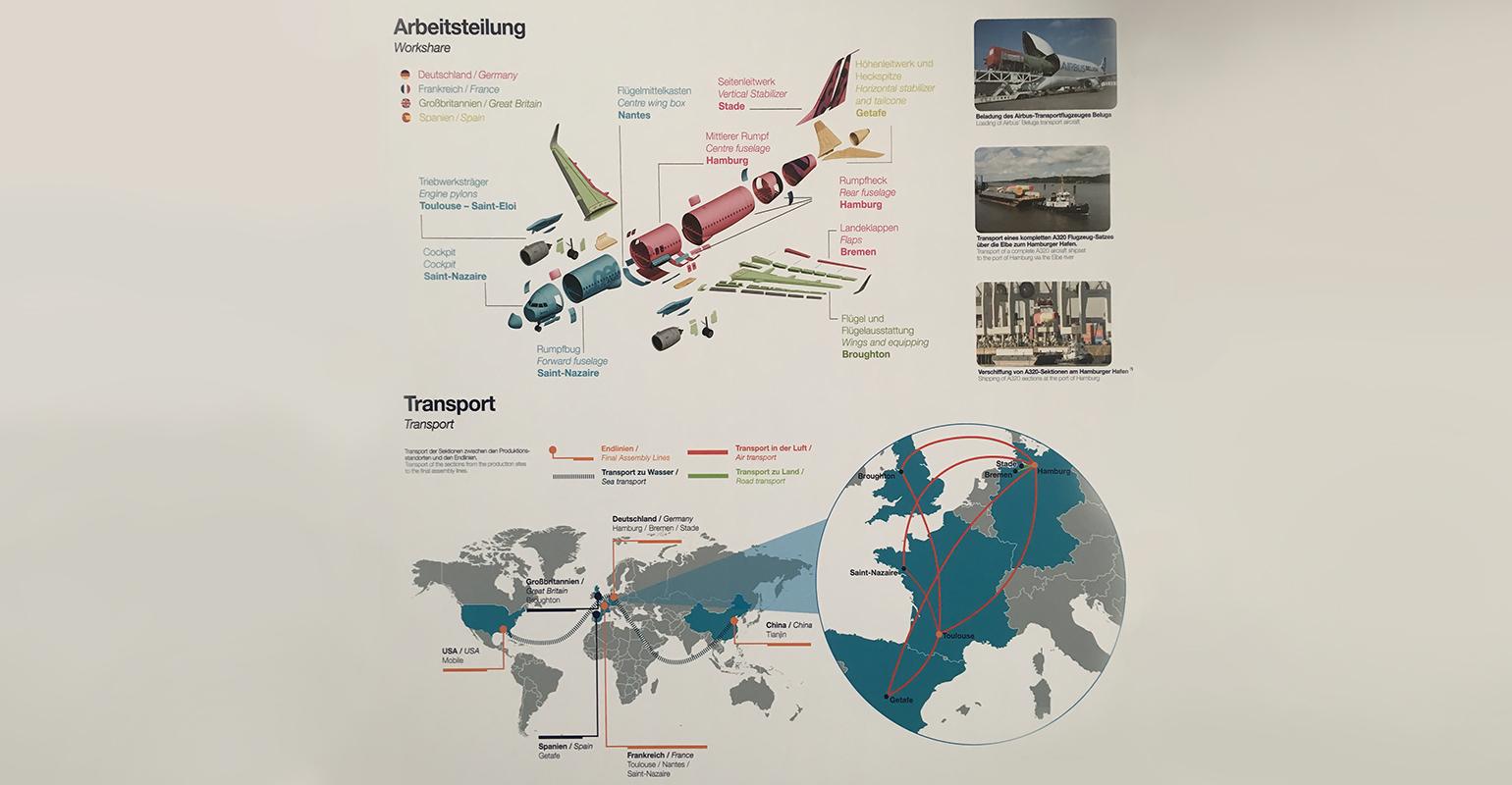