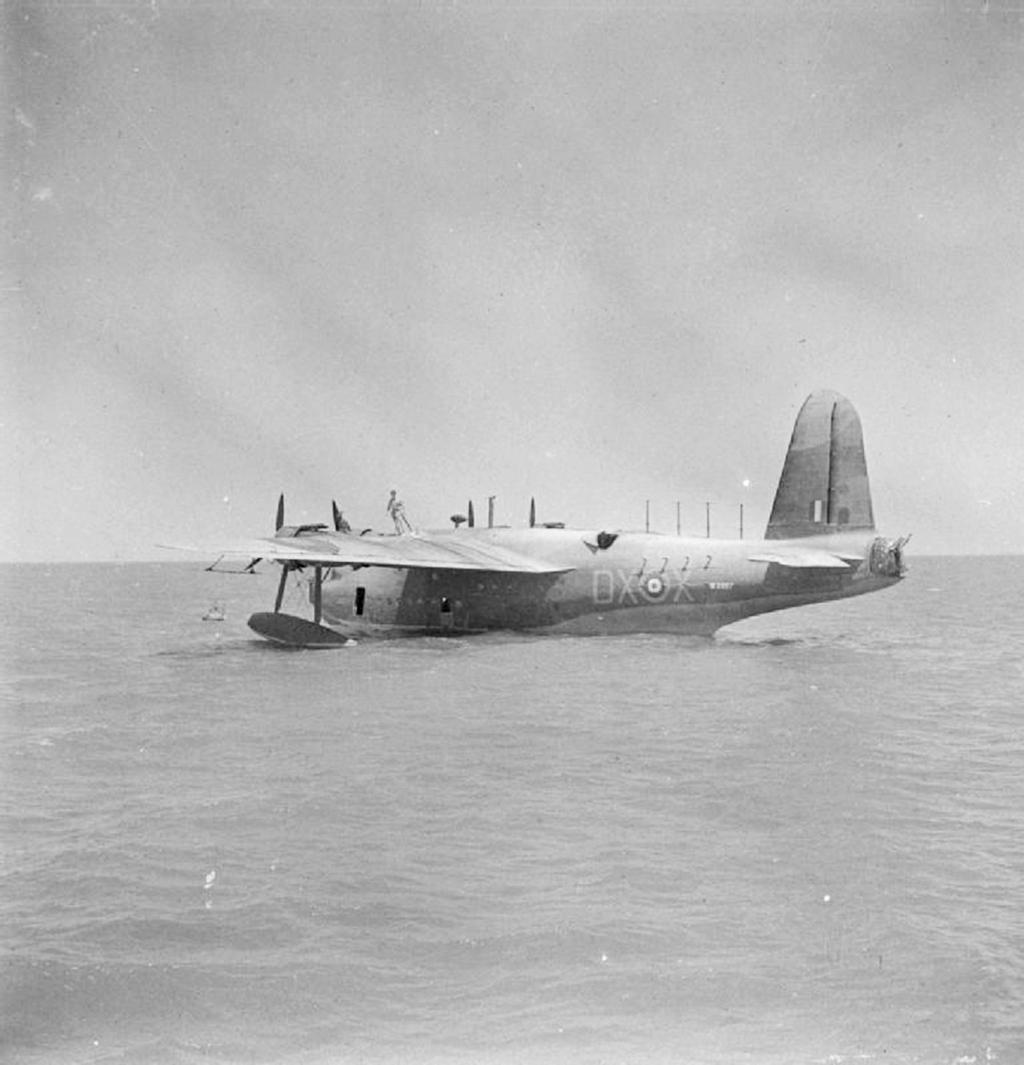 Secret Radar
The early fitting of sea-surveillance radar to Royal Air Force Shorts Sunderland flying boats in World War II, a vital innovation in ASW, was so secret that relatively few photos of the distinctive ASV Mk. 2 dorsal antenna array have survived. This image was taken off Alexandria, Egypt, by celebrity portrait specialist and designer Cecil Beaton during his stint as a war photographer.
Credit: Crown Copyright 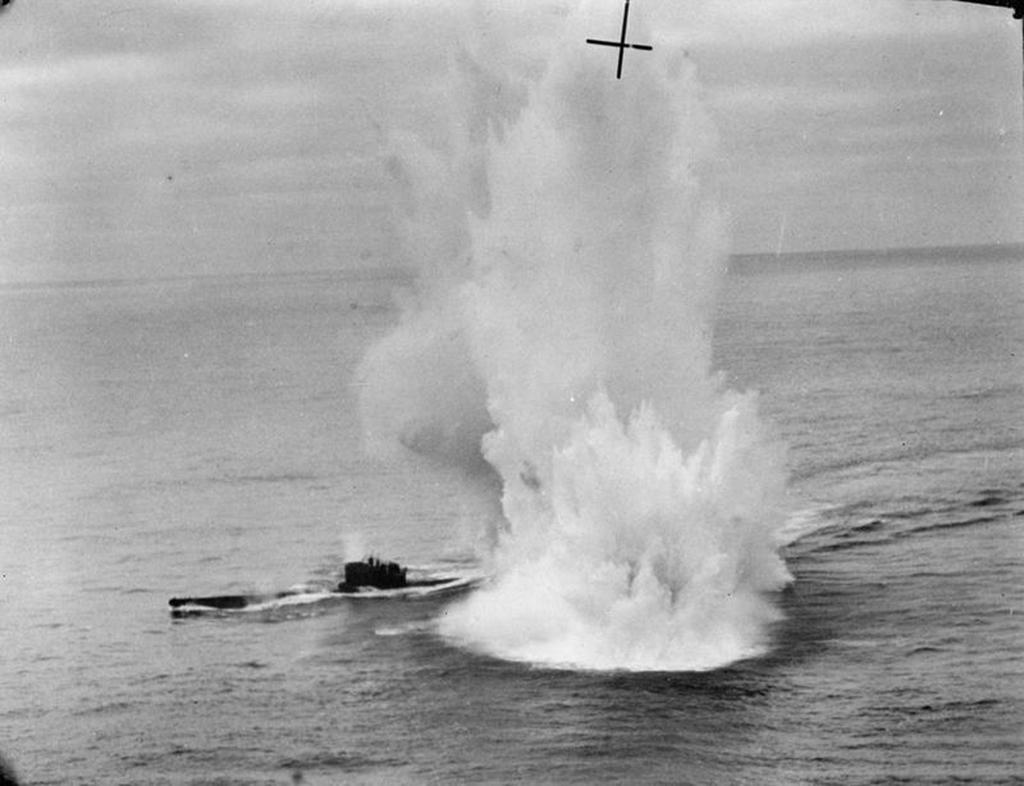 Surface Interdiction
A Type VII submarine U-625 is sunk west of Ireland in March 1944 by a Canadian Sunderland, as part of an interdiction campaign aimed at U-boats leaving and entering the Atlantic. Some of the 53-man crew escaped onto life rafts but were lost in a storm the following night.
Credit: Crown Copyright 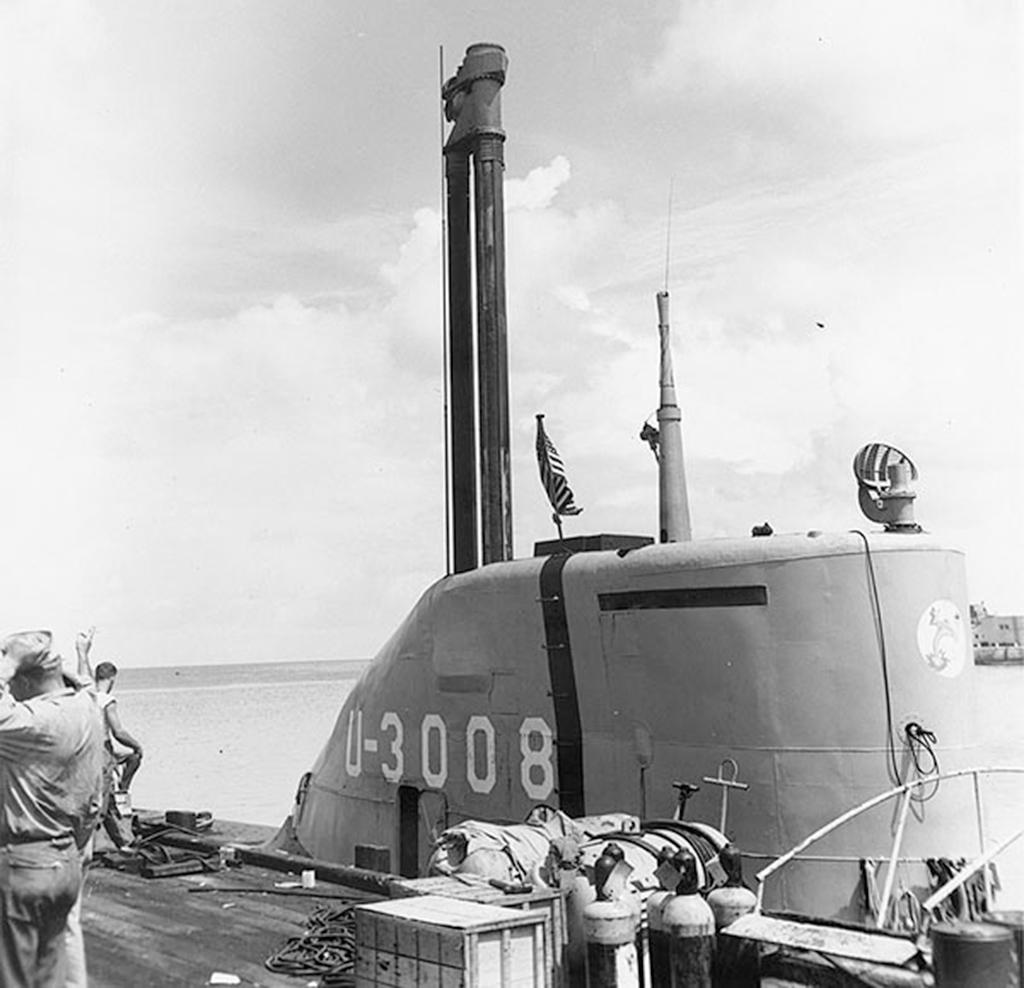 Sub Revolution
The Type XXI Elektroboot submarine combined much enlarged battery capacity, a streamlined hull and a snorkel, permitting it to recharge its batteries while submerged. ASW experts call the end of the war in Europe “saved by the bell”: If the Type XXI had entered service in large numbers, it would have been extremely hard to defeat. This Type XXI was captured intact and evaluated by the U.S. Navy.
Credit: U.S. Navy 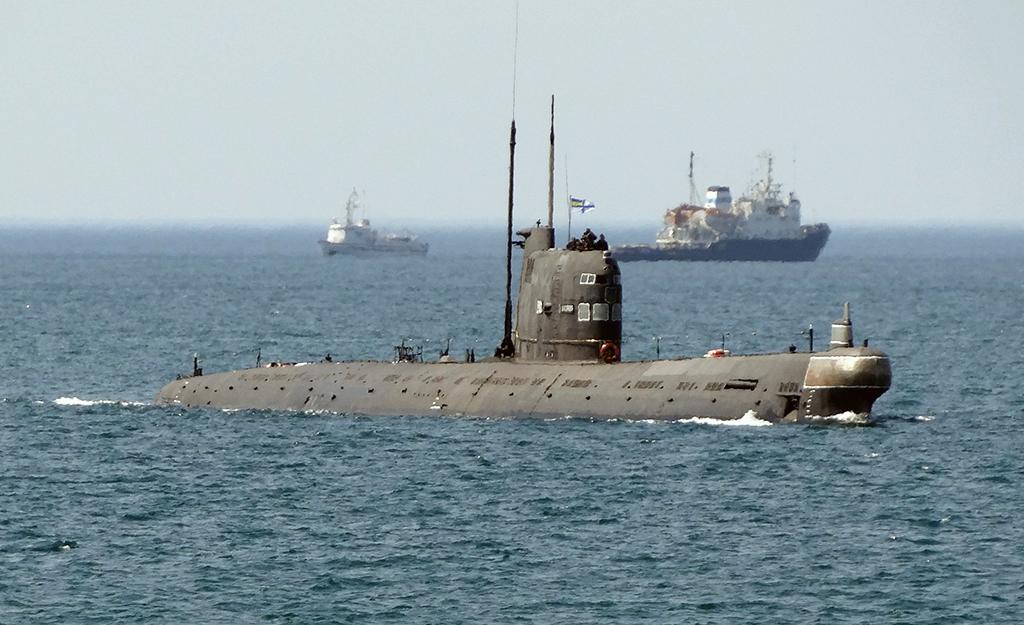 Simple But Elusive
Most post-war submarines were heavily influenced by the Type XXI, including the Soviet Project 641 class, codenamed Foxtrot by NATO. The growing Soviet submarine fleet was an increasing threat in the 1950s, because detection technology had still not caught up with the snorkel-equipped submarine.
Credit: Wikipedia

Big Ears
Advances in the understanding of underwater low-frequency sound propagation, computing and sensors made a success out of a highly secret program to develop the Sound Surveillance System (Sosus), combining deep-water fixed sensors with coastal processing stations identified only as Naval Facilities or Navfacs.
Credit: U.S. Navy 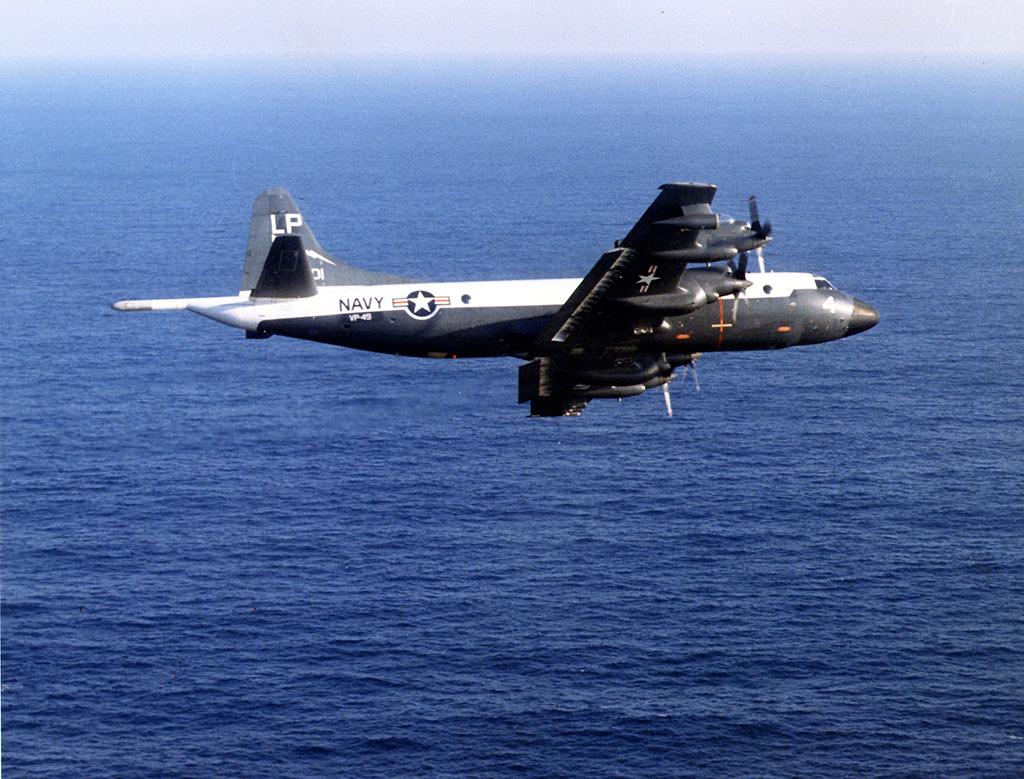 Hunter-Killer
The U.S. Navy decided to team Sosus with a relatively fast “interceptor” ASW aircraft, the Lockheed P-3 Orion. When Sosus detected a target, an Orion was launched and laid a sonobuoy field around the submarine’s estimated location. Acquiring the target, the Orion would overfly it, pinpoint it with the magnetic anomaly detector in its tailboom, wheel around and attack it with a homing torpedo or nuclear depth charge.
Credit: U.S. Navy 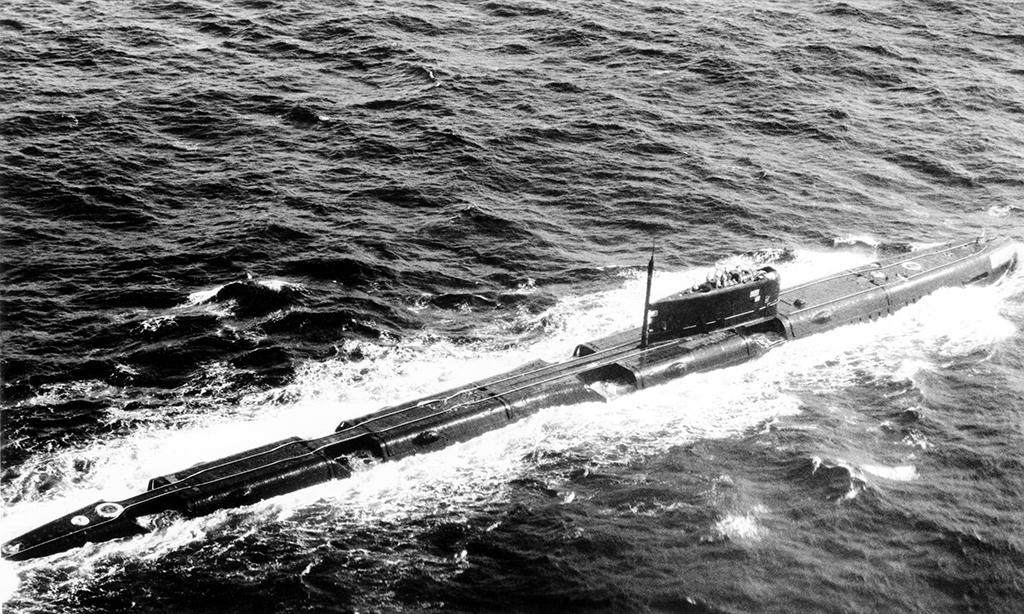 Making It Easy
As Sosus matured, the Soviet navy transitioned to nuclear-powered submarines, like this Project 675 (Echo II), that were much louder when submerged than the diesel-electric boats but unaware of the effectiveness of the Sosus/P-3 combination. The U.S. ASW community calls this “the happy time.”
Credit: U.S. Navy 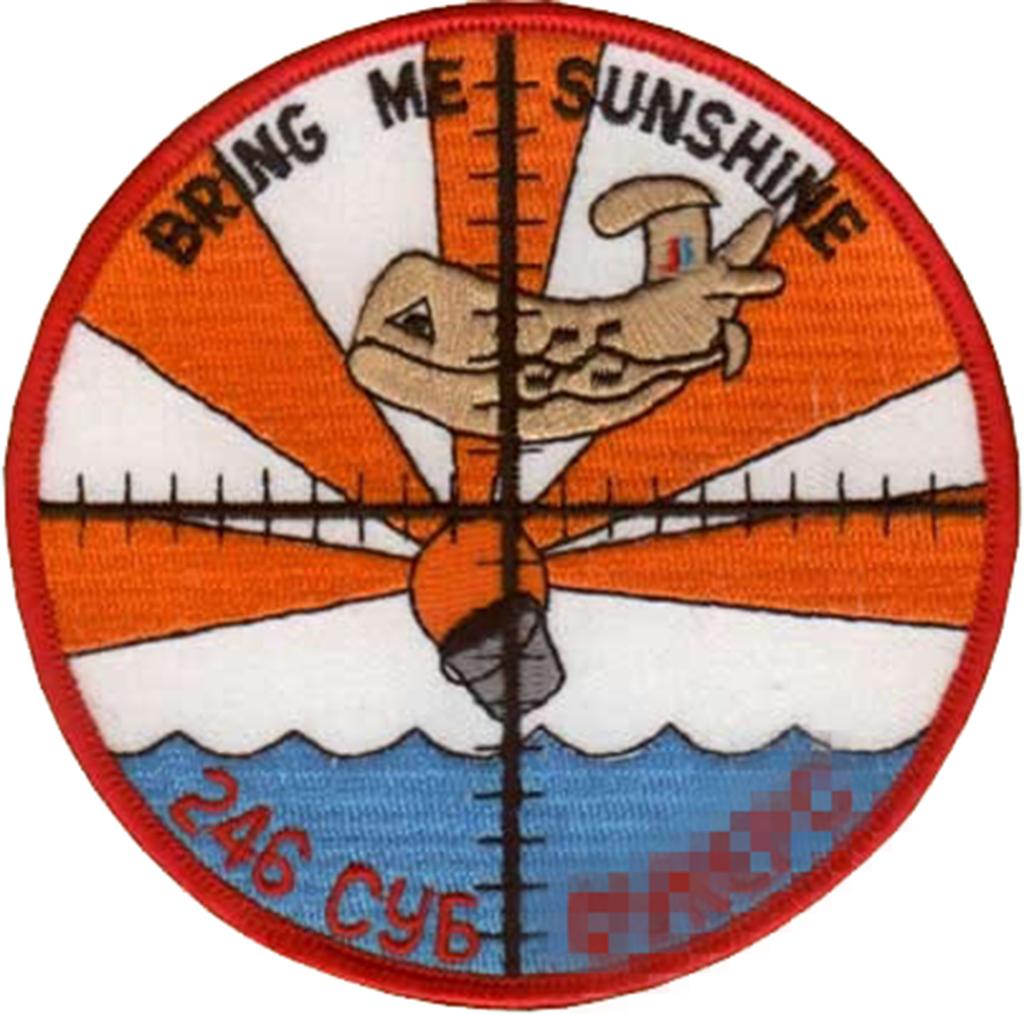 Instant Sunshine
A Cold War patch from RAF 246 Sqdn., flying BAe Nimrod ASW aircraft. The sunrays and bucket refer to a “bucket of sunshine,” RAF slang for a nuclear weapon, and the motto is the title of the exit song in the popular Morecambe & Wise TV comedy show. 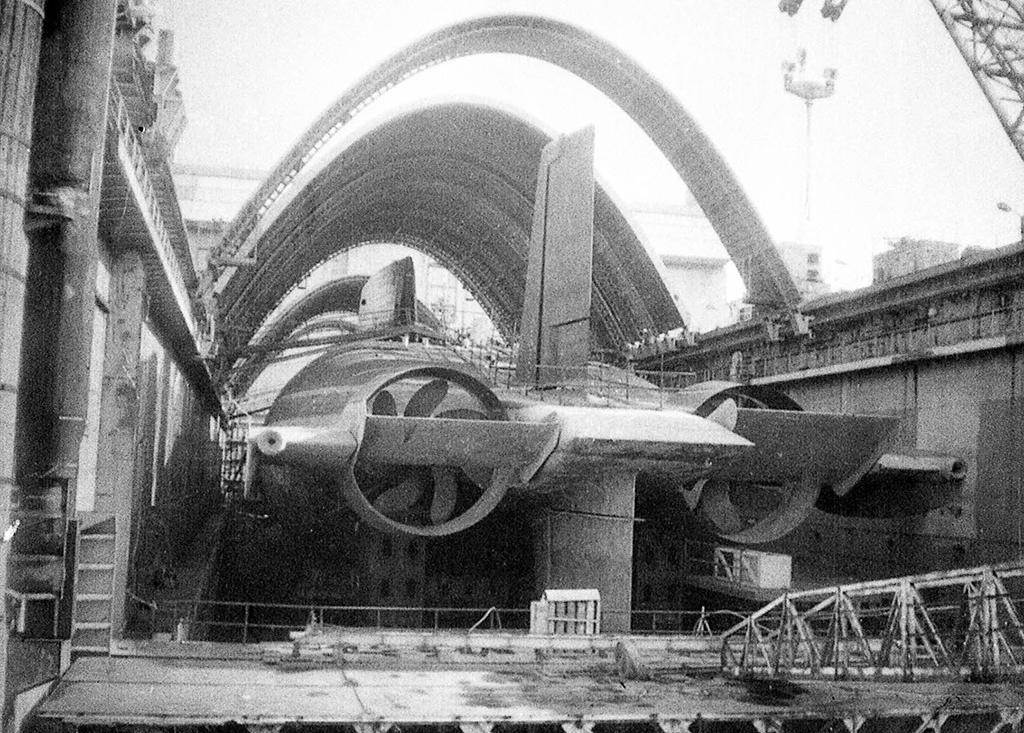 Crash Program
The “happy time” ended abruptly when the Soviet navy learned, via the Walker spy ring, of their vulnerability and the extent to which Sosus relied on cavitation sounds from its submarine propellers. The Soviet Union launched a crash program to quiet its submarines, including the development of the skew-bladed, shrouded propellers seen on this Project 941 Akula ballistic missile submarine. NATO was “saved by the bell” again when the Soviet Union broke up. 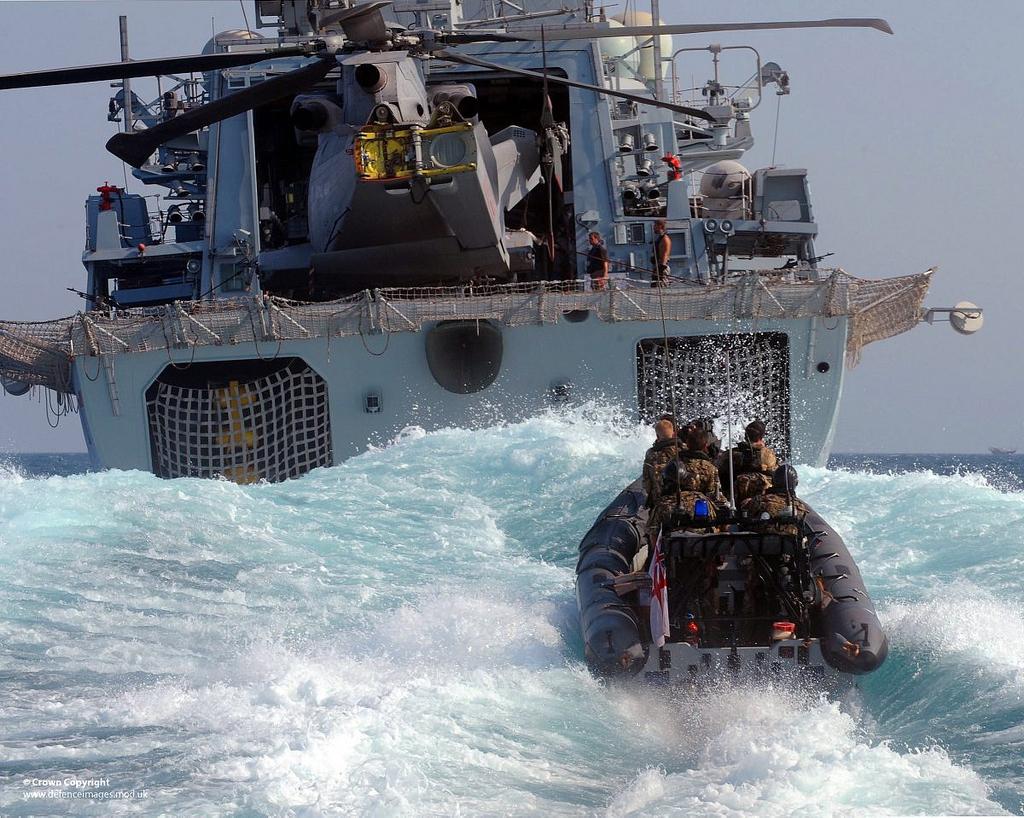 Mission Equipped
The Royal Navy’s Type 23 frigates, commissioned in 1990-2002, are primarily ASW ships. The big three-engine AgustaWestland Merlin helicopter is a powerful ASW system in its own right, with an active dipping sonar and a range of expendable sonobuoys. The ships carry a large towed-array sonar, visible in the port-side opening in the stern, which is being upgraded to the new Thales Sonar 2087 model. It is classified as “medium-frequency,” with active bands between 900 and 2100 Hz.
Credit: Crown Copyright

Peek-A-Boo, I Shot You
Swedish navy submarine Gotland, one of the world’s first diesel-electric boats to feature an auxiliary air-independent propulsion system, was based in San Diego in 2005-07, acting as an aggressor for the U.S. fleet. Results are classified, but it is believed that the small and ultra-quiet Gotland acquired numerous through-the-periscope images of aircraft carriers—including the Reagan, seen here—whose crews had no idea it was there.
Credit: U.S. Navy 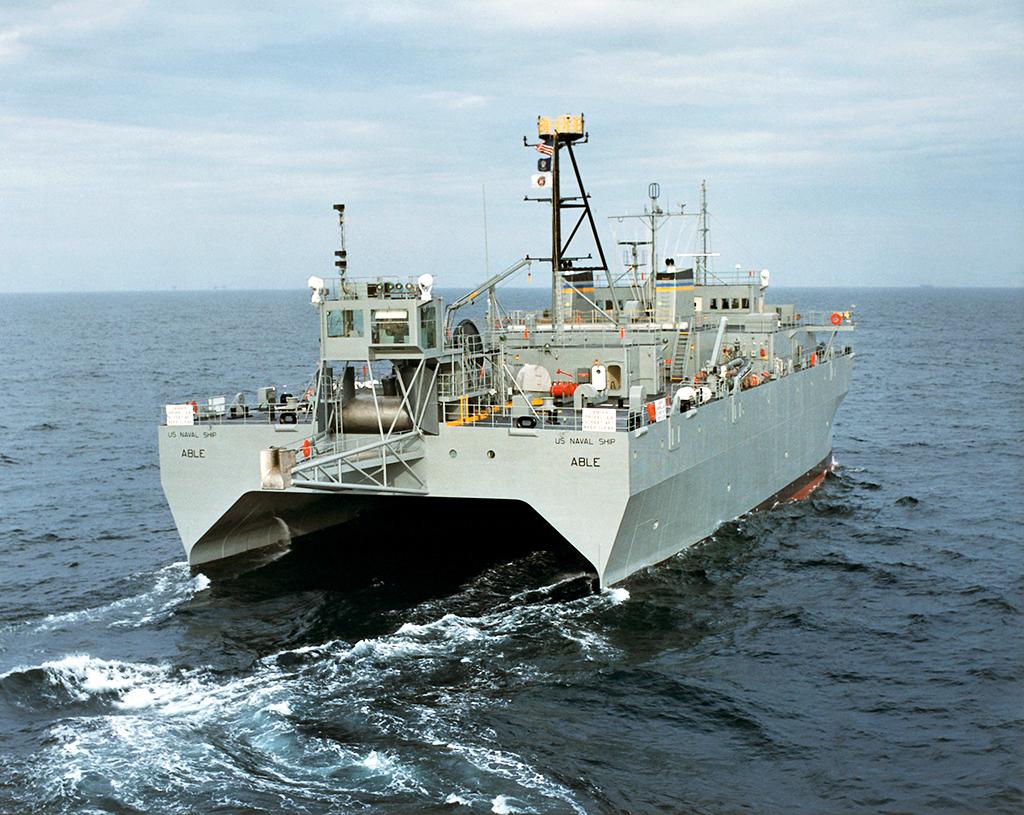 Hey, Mr. Bassman
The U.S. Navy has developed a low-frequency active (LFA) adjunct to the Surveillance Towed Array Sensor System, a 1-mi.-long hydrophone array towed from specially built ships. The LFA is designed to be carried by the same ships but so far has been used only experimentally by USNS Able.
Credit: U.S. Navy 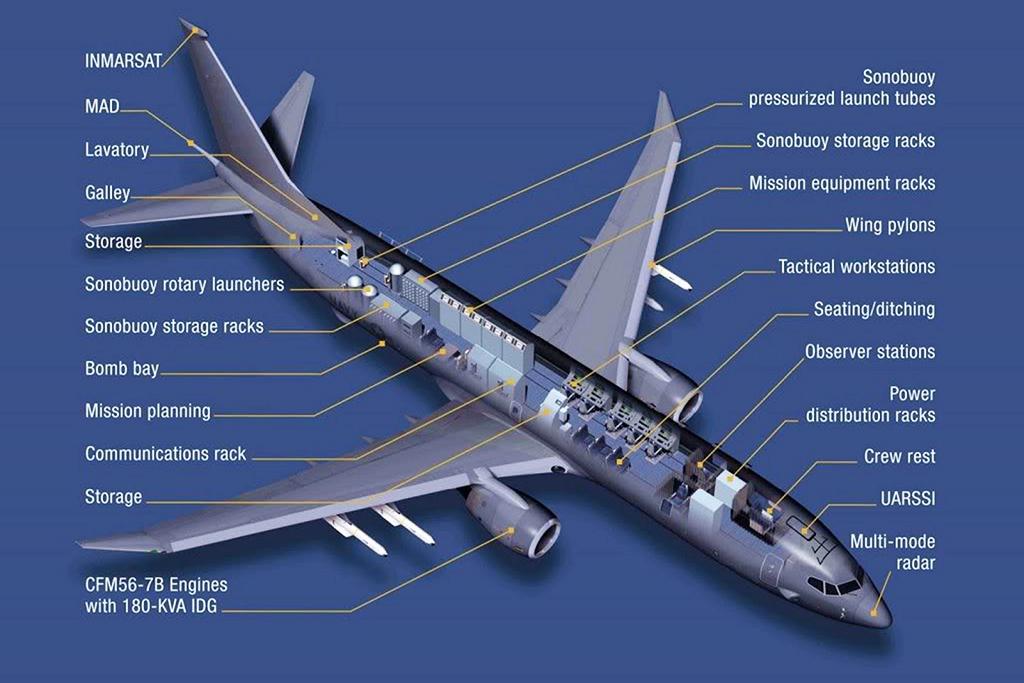 The century-long cat-and-mouse game between submarines and antisubmarine warfare (ASW) could be taking a new turn, according to a study from the Center for Strategic and Budgetary Assessments, as submarines worldwide reach new levels of quietness and advances in computing make new detection techniques practical.