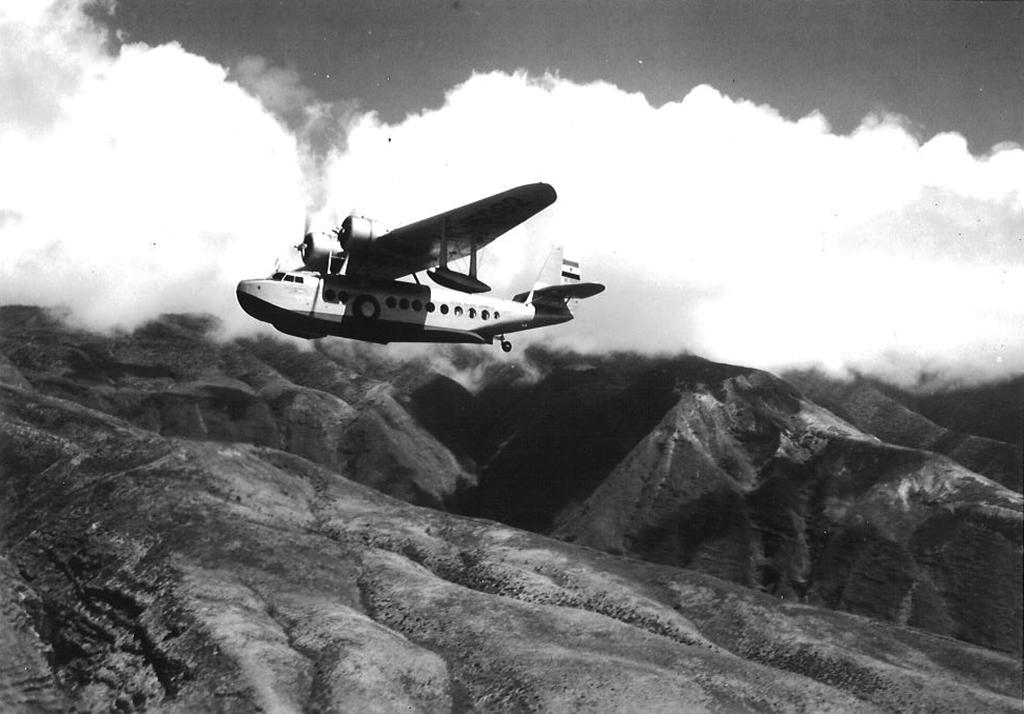 Hawaiian first introduced Sikorsky S-43s in 1935, when the carrier was known as Inter-Island Airways. Two of Hawaiian’s S-43s were converted to freighters in 1942. 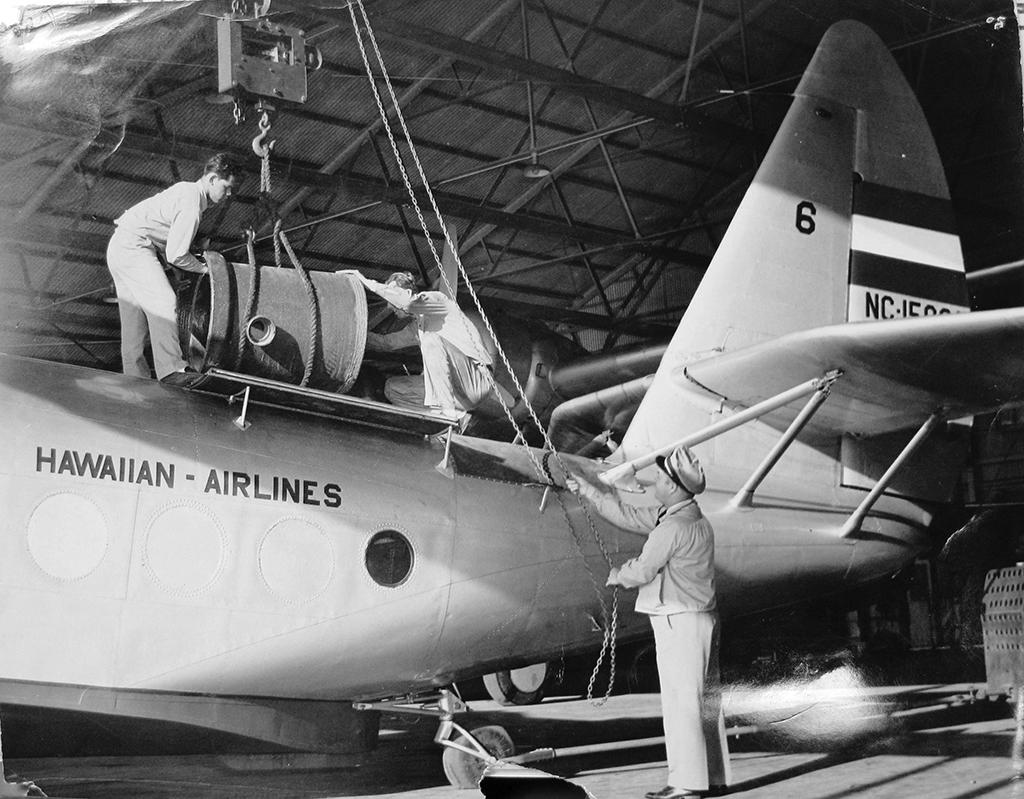 The amphibious S-43s had to be loaded from a hatch on top of the aircraft. During World War II, these aircraft became a cargo lifeline between the Hawaiian islands due to the scarcity of commercial maritime shipping. 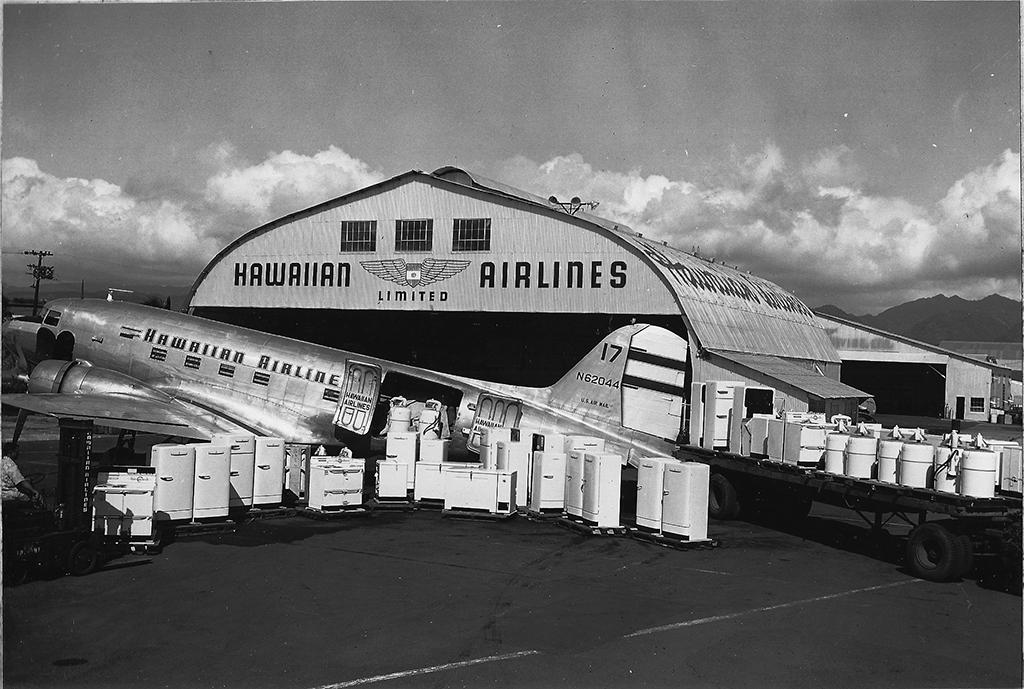 After the war, military surplus C-47s were added to Hawaiian’s existing fleet of DC-3s. Some were used as freighters, with three in this configuration during the 1950s. 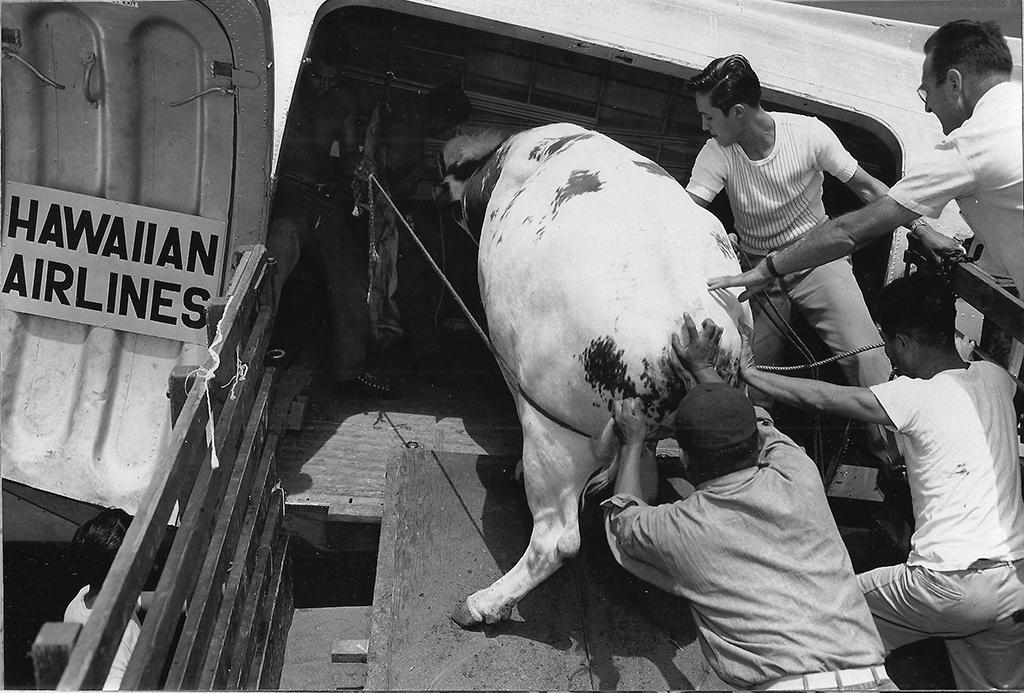 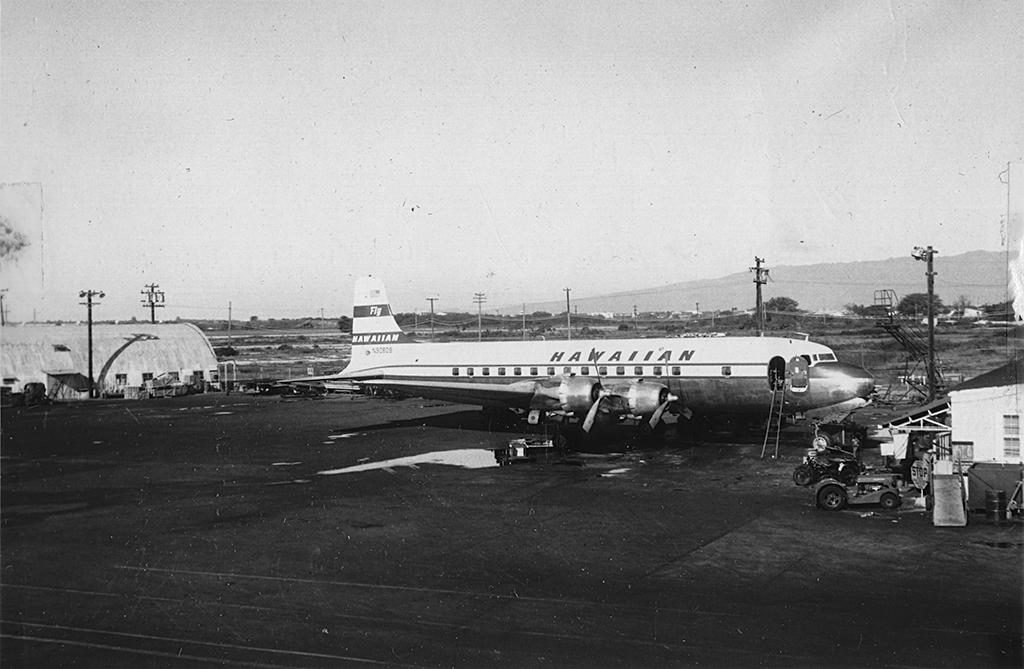 Two DC-6s were added to the Hawaiian fleet in 1958. They were convertible to passenger or freight configuration and used until 1967. 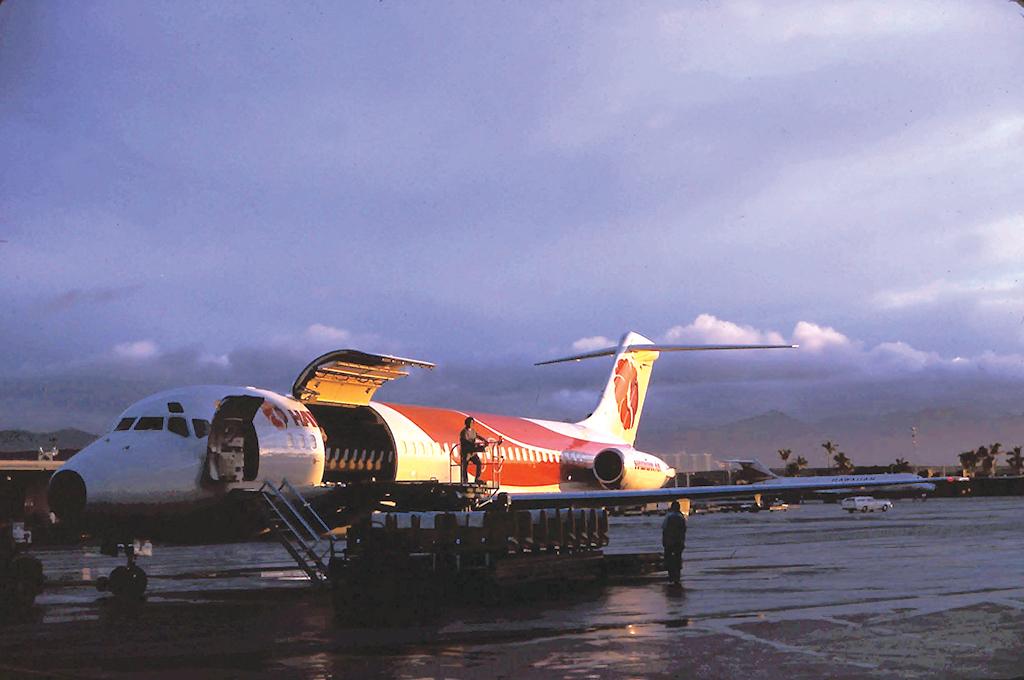 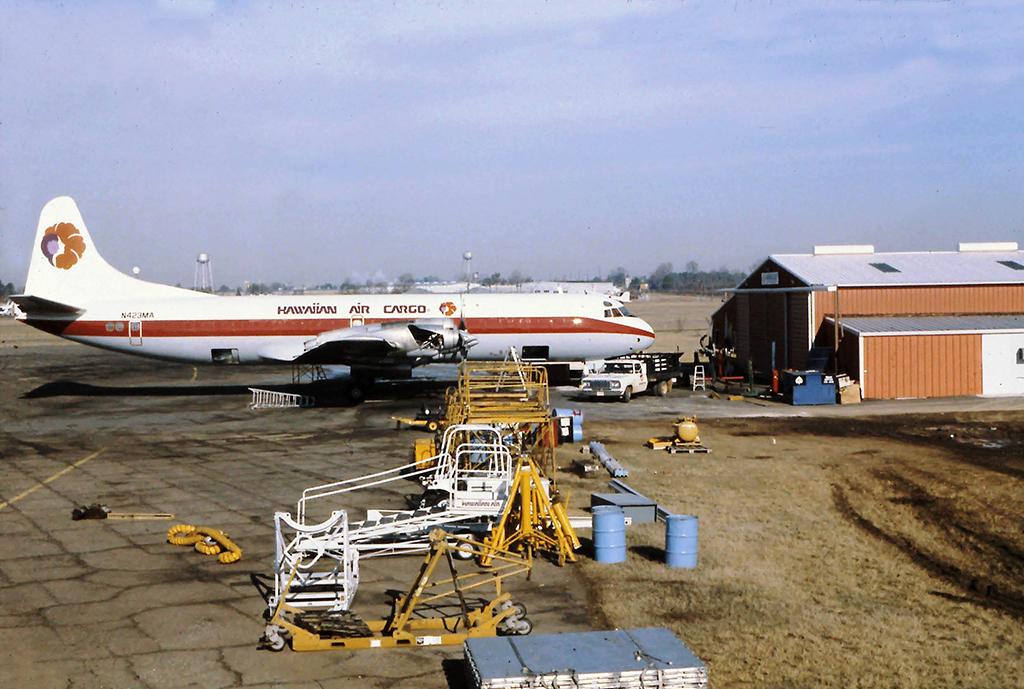 The airline formed a mainland cargo division in 1977, with a fleet of nine Lockheed Electras based in Macon, Georgia. The mainland operation was sold in 1981. 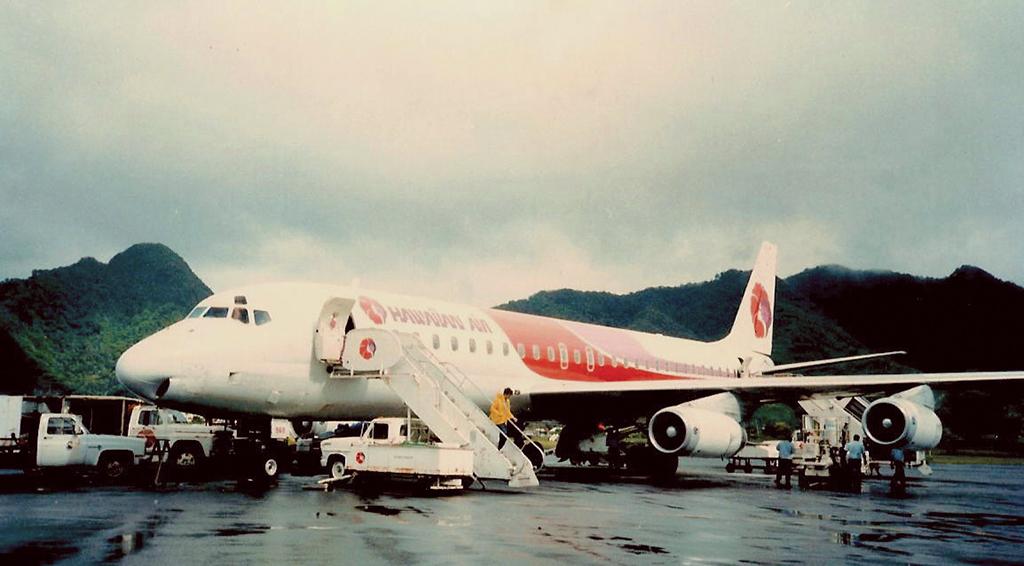 One of the DC-8s that Hawaiian flew in the late 1980s and until 1993 was a combi, with cargo in the forward half and passengers in the back. The aircraft is on display at the Naval Aviation Museum in Kalailoa, Hawaii. The aircraft pictured is one of the all-passenger versions, which were used for worldwide charters.

Hawaiian Airlines plans to launch inter-island freighter service next year, using three ATR 72 cargo aircraft. This is far from the airline’s first foray into air cargo service, however. Hawaiian has a strong tradition of air freight, both in the islands and on the U.S. mainland.

On March 20, 1942, Hawaiian became the first airline to be granted an air cargo certificate by what was then the federal Civil Aeronautics Board. It converted two of its Sikorsky S-43 amphibious aircraft into all-cargo carriers, shipping all manner of freight between the islands during World War II.

Later, Hawaiian used other types of freight or combi aircraft, including Douglas DC-3s, DC-6s, DC-9s, Convair 660s and DC-8s. The airline even ran a mainland-based freight subsidiary using Lockheed Electras in the 1970s. But it essentially ended its inter-island palletized freight operations when it sold its last convertible DC-9 in 1978. The ATRs will mark a return to this business 38 years later.

Here is a look at some of the iconic aircraft Hawaiian has used to carry freight over the years.