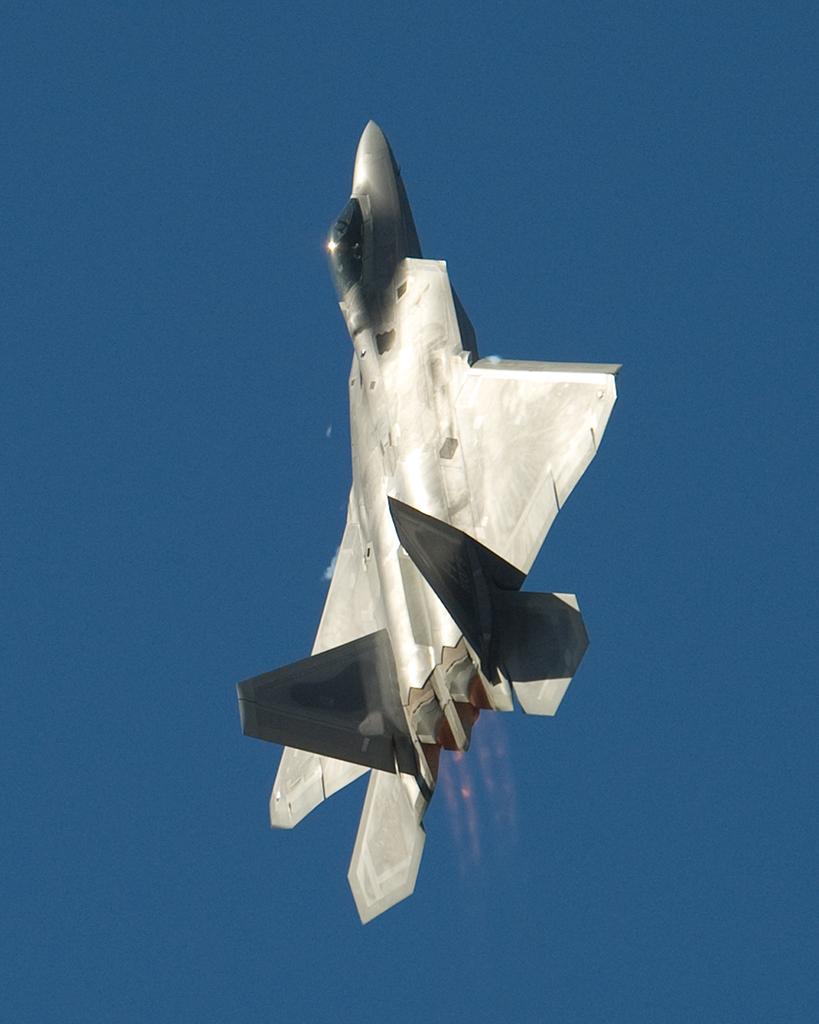 The F-22’s two Pratt & Whitney F119 engines generate 70,000 lb. of thrust, enabling it to accelerate straight up. In combination with the engines’ nozzles, which can vector up or down 20 deg., the aircraft can sustain any angle of attack and pause on its tail in midair. 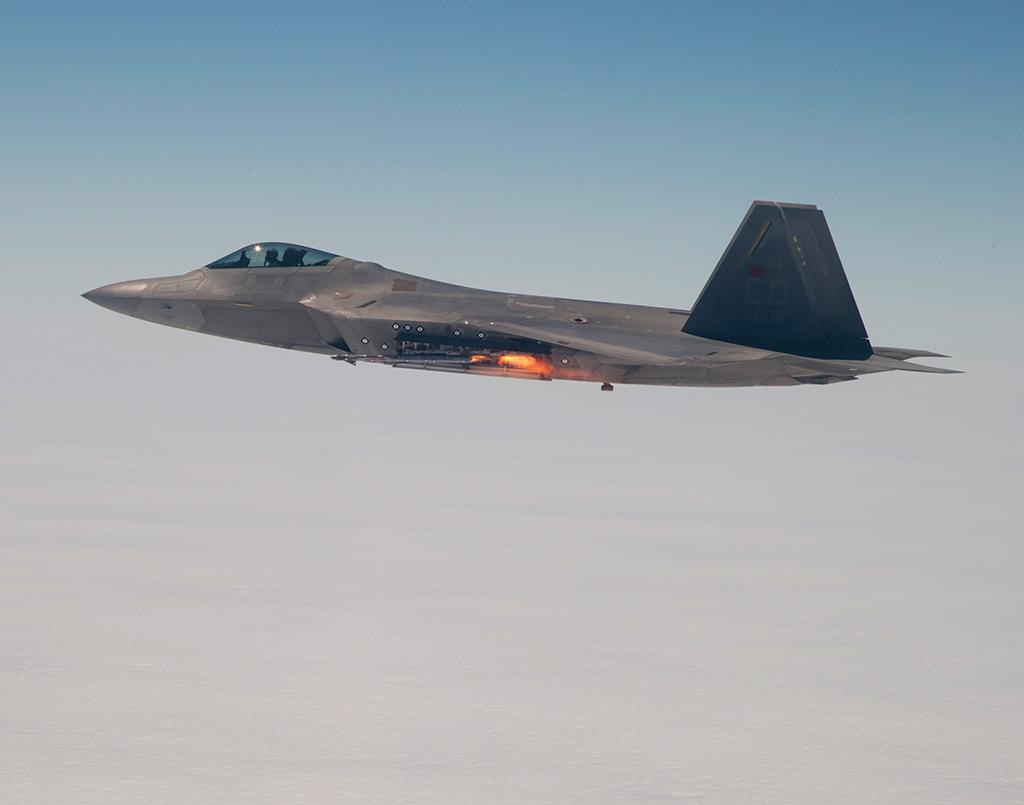 While the F-22 Raptor can carry one AIM-9 Sidewinder short-range air-to-air missile (pictured being fired by an F-22) in each of its two side weapons bays, the F-35 cannot carry any internally, a noteworthy limitation on the newer fighter’s close-in combat capability. However, the F-22 will not be able to take full advantage of the off-boresight capability of the newer versions of the missile until it begins receiving the Joint Helmet-Mounted Cueing System in 2020. 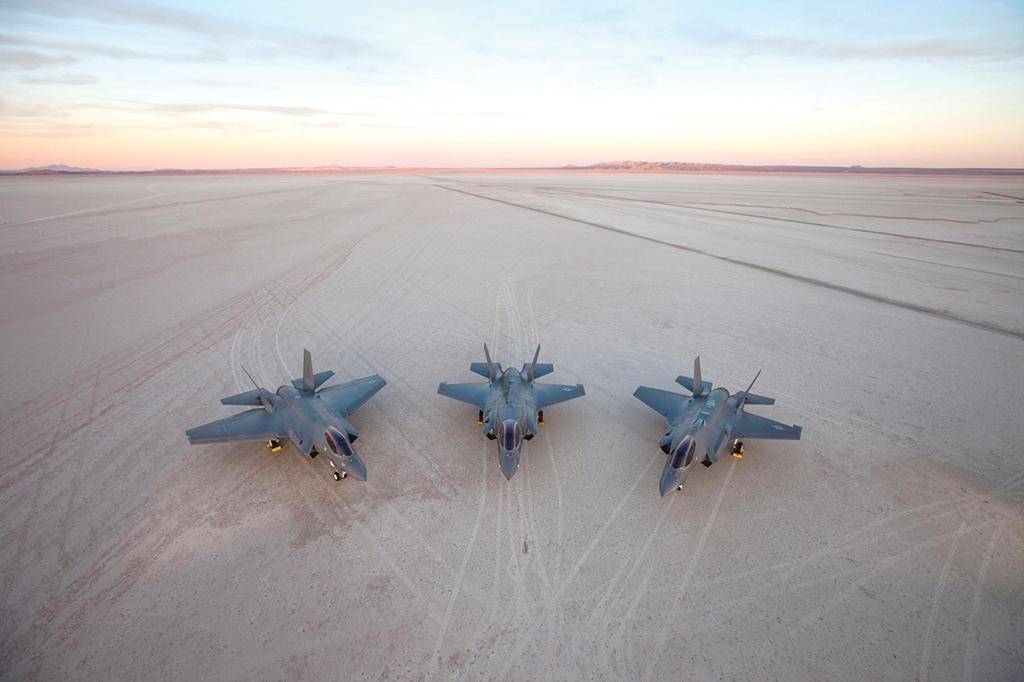 The Joint Strike Fighter program consists of three variants. The F-35A (right) is designed for conventional takeoff and landing and for use by the U.S. Air Force. The other two variants are the F-35B (center) short-takeoff-and-vertical-landing or STOVL version, designed to operate from U.S. Marine Corps’ amphibious assault vessels, and the F-35C (left) carrier-based variant for the U.S. Navy. 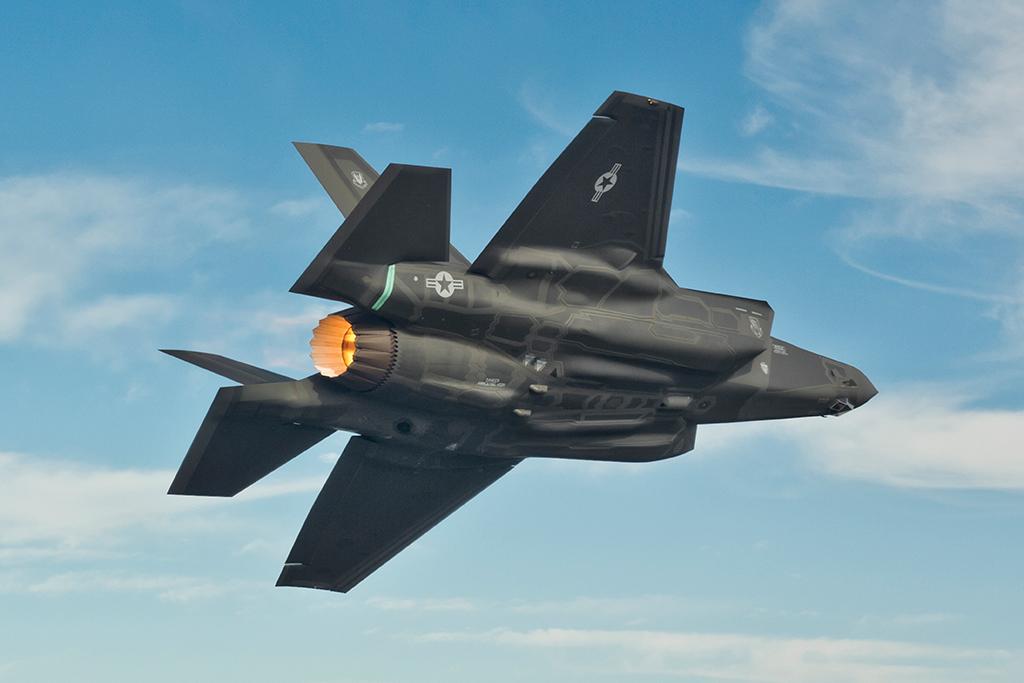 Unlike the F-22, the F-35’s radar cross-section is believed to be somewhat higher from angles other than outside the front quadrant. The reason is the presence of double curves on the aircraft, particularly on the underside at the wing roots and on the ventral fuselage. Shapes like these reflect radar waves over wider angles than flat surfaces.

With Russia and China improving their air defenses at a startling rate, Congress has ordered the U.S. Air Force to consider restarting production of the F-22. The aircraft is considered superior to the F-35 in certain capabilities relevant to the counter-air and destruction of enemy air defenses missions, but it costs twice as much to procure and twice as much to operate. Here are some of the other key differences between America’s two fifth-generation fighters.