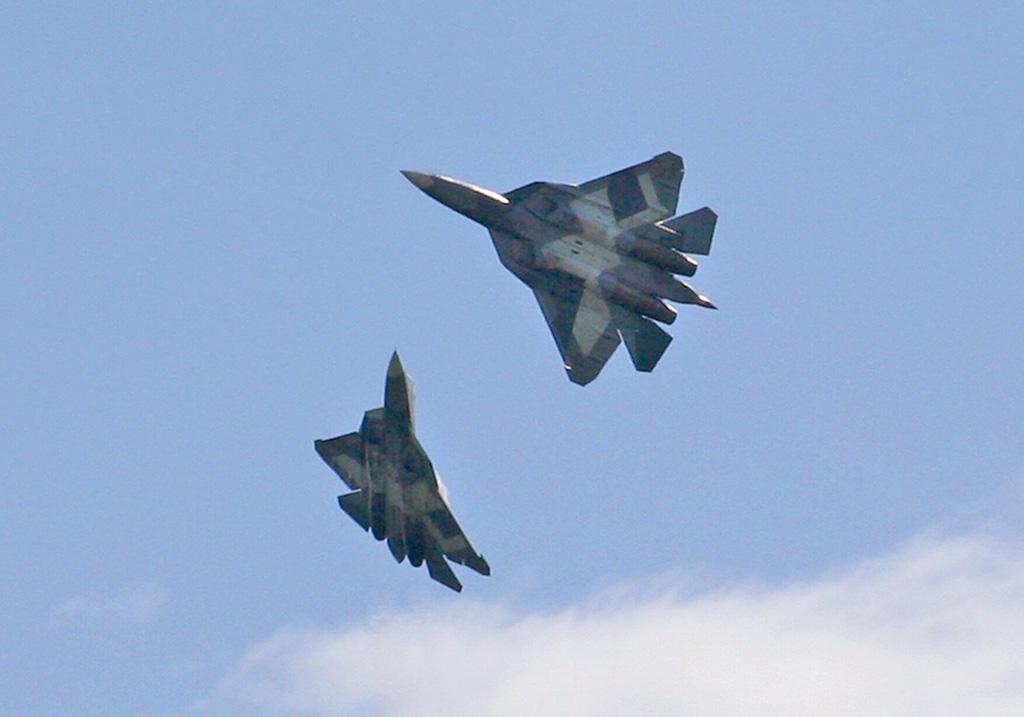 Two Sukhoi PAK FA T-50s put on a stunning aerial display, which included a mock dogfighting routine. The aircraft is due to enter service with the Russian Aerospace Forces in the coming years, with initial introduction continuing to slip pending delivery of a more powerful engine.

The T-50 performed at MAKS with twin 33,000-lb.-thrust Saturn AL-41F1S afterburning turbofan engines, the same powerplant as the Su-35 “Flanker-E.” 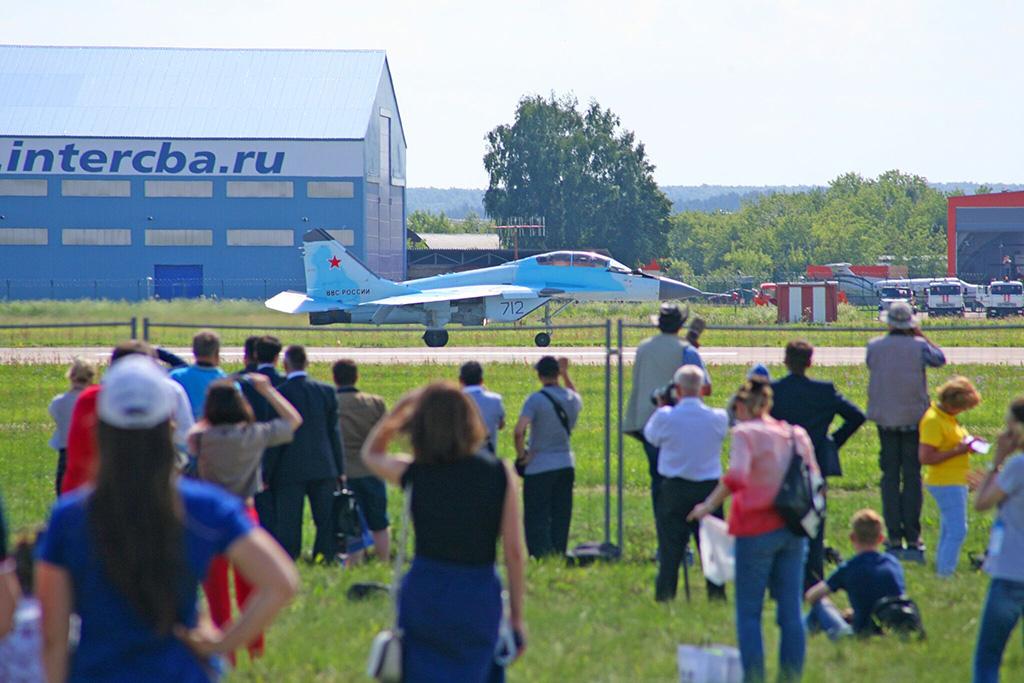 Mikoyan’s new MiG-29 derivative, the MiG-35, debuted at MAKS on July 18. One of the two aircraft now undergoing flight testing, No. 712, flew for the crowds on July 18. Here, the aircraft taxis past crowds, headed back to the static display. 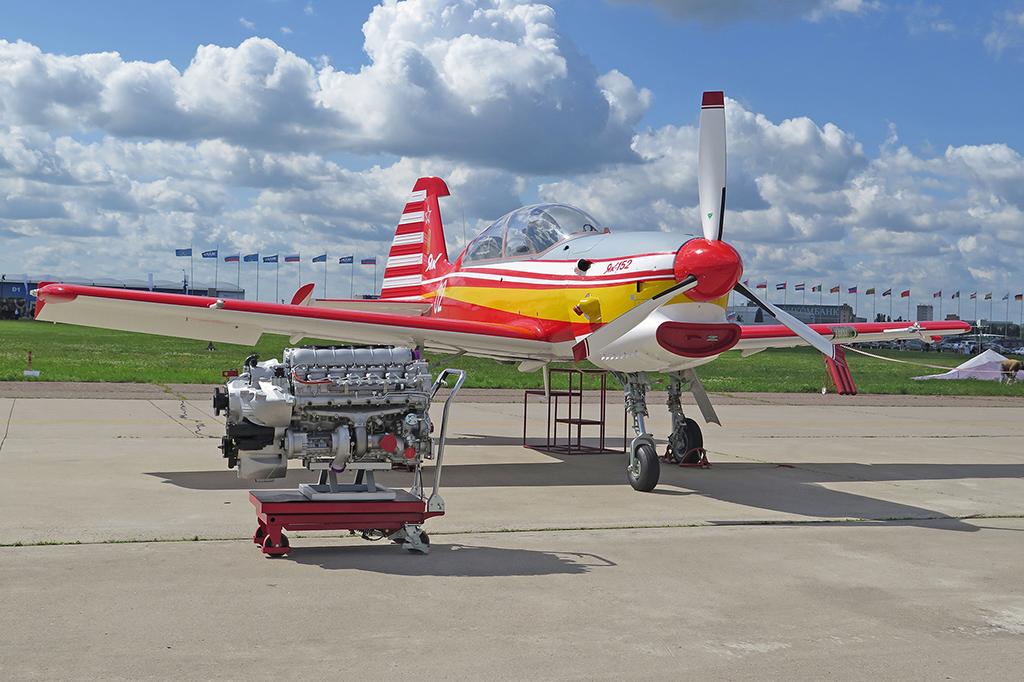 The initial prototype of the Yakovlev Yak-152 turboprop trainer and aerobatic aircraft first flew on Sept. 29, 2016, and was then presented for the first time at MAKS. The manufacturer says the Russian defense ministry has discussed potential procurement of 105-150 of the single piston-engine turboprops as replacements for the Yakovlev Yak-50 and Yak-52 entry-level military training aircraft. The aircraft is powered by the RED A03 V12, a four-stroke kerosene engine. 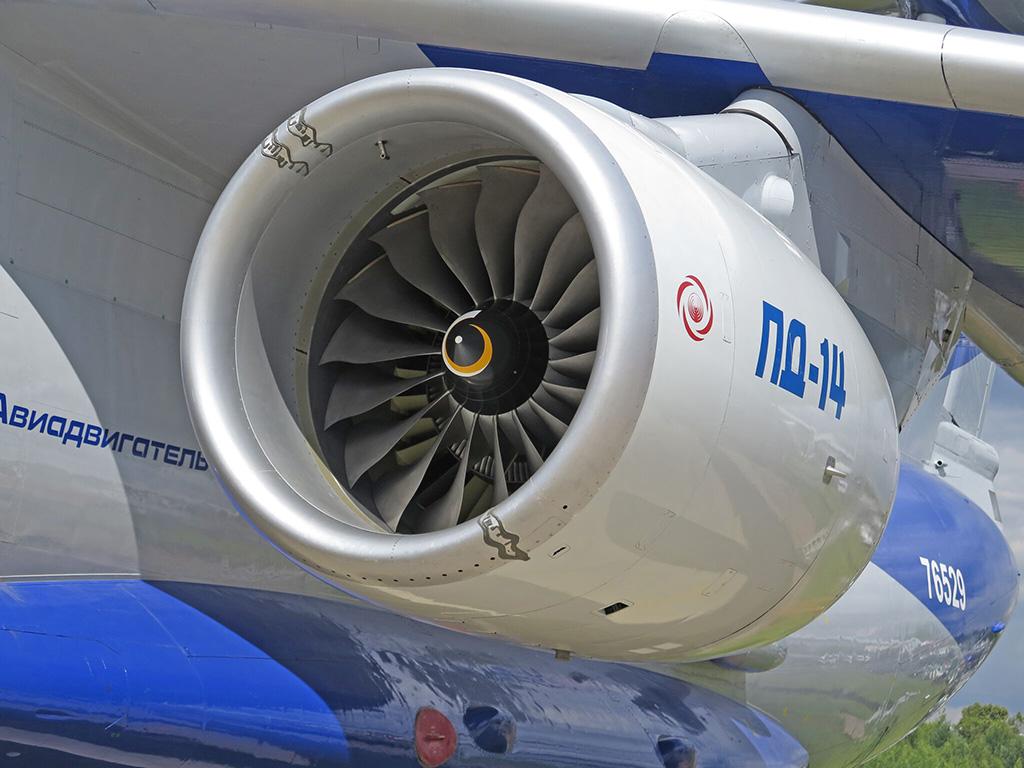 The Aviadvigatel PD-14 turbofan has been undergoing flight trials on the Gromov Flight Research Institute’s Ilyushin Il-76LL testbed aircraft. The PD-14 is Russia's homegrown alternative to the Pratt & Whitney PW1000G for the Irkut MC-21 twin-jet airliner, with a power range of 28,000-34,000 lb. thrust and fan diameter of 75 in. (1.9 m). 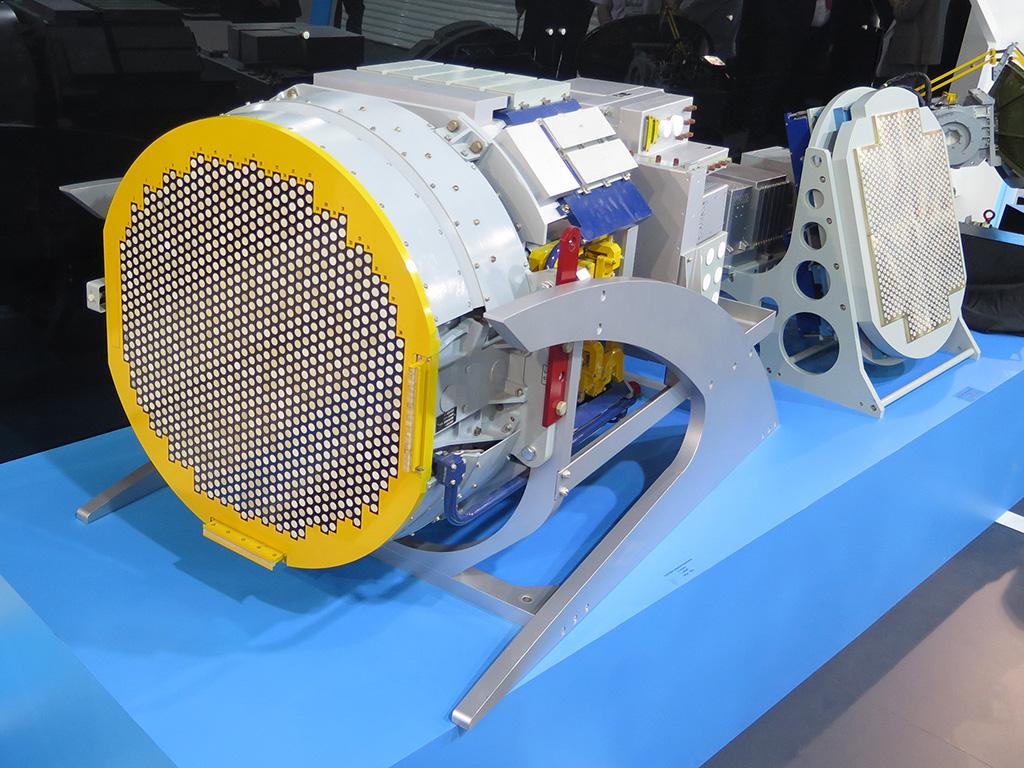 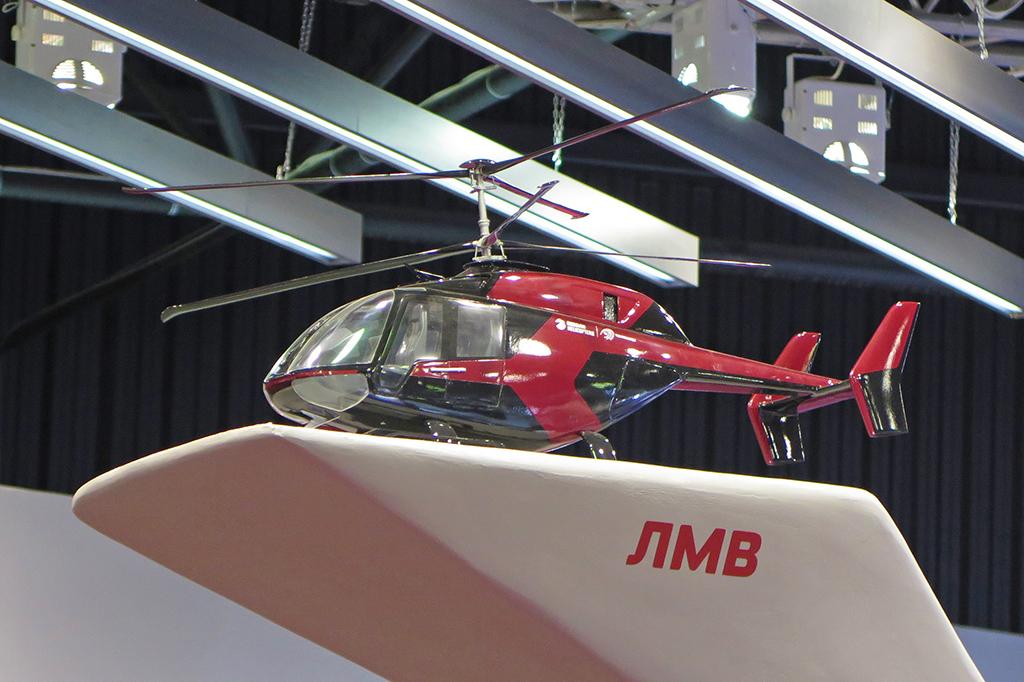 Russian Helicopters presented a conceptual model of the five-passenger VR-Technologies VRT500 light multipurpose helicopter. The civil coaxial-rotor helicopter is intended for the Russian and international market, advertising a top speed of 121 kt., range of 534 mi. and carrying capacity of 1,609 lb. 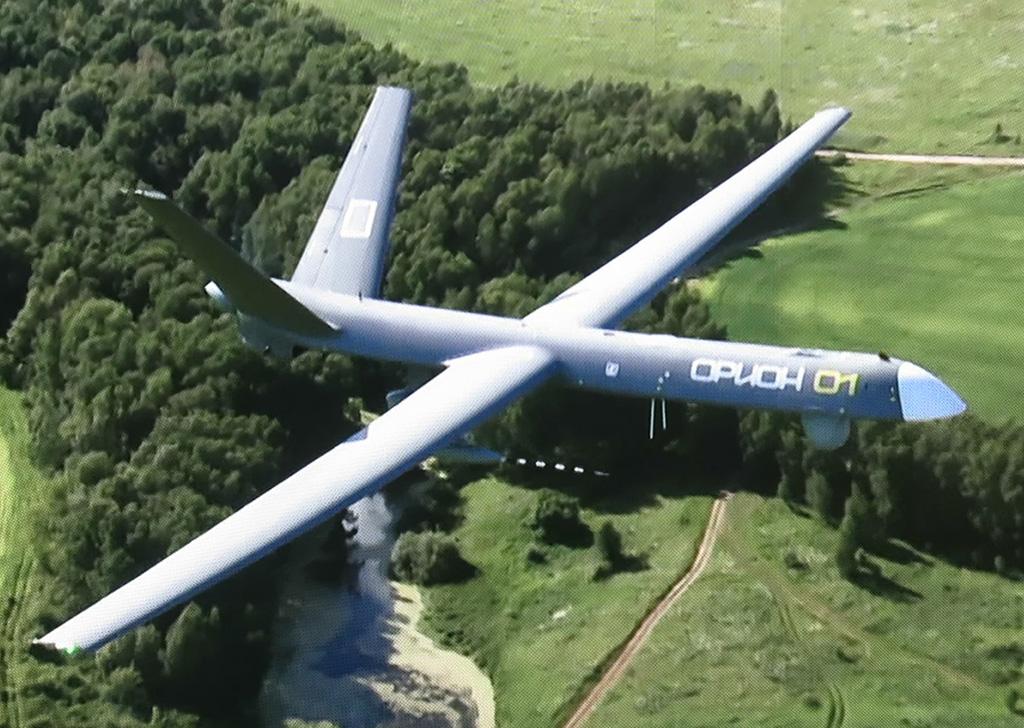 St. Petersburg-based Kronstadt Group has unveiled a 24-hr.-endurance medium-altitude unmanned aerial vehicle at MAKS, the Orion-E. The aircraft has parallels with the Israeli IAI Heron, U.S. Predator and Chinese Wing Loong UAVs, designed for airborne reconnaissance and sea patrol. The first prototype began flying earlier this year, Kronstadt says. The aircraft has a top speed of 189 kt. and range of more than 3,100 mi. 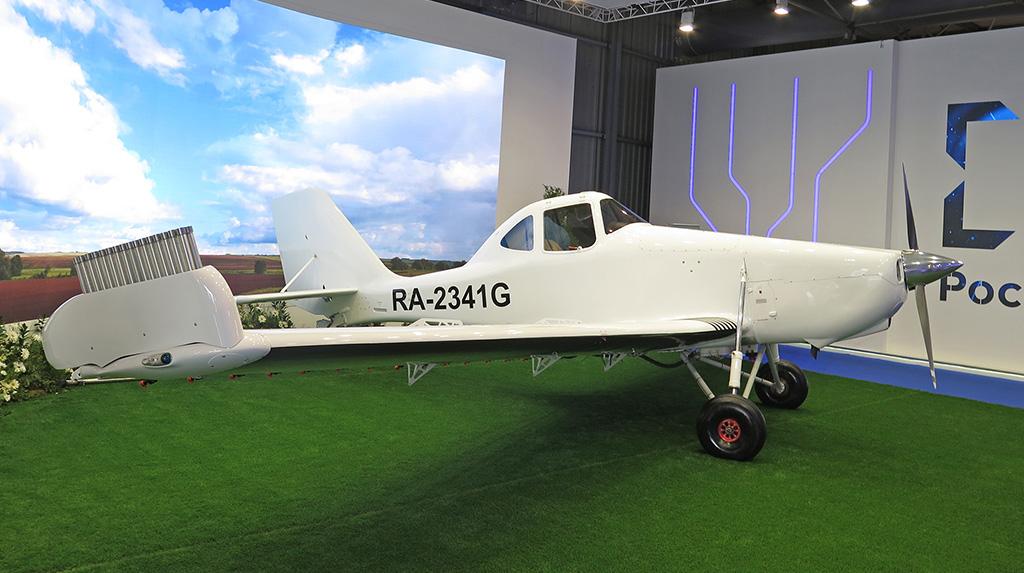 ORPE Technologiya has presented its sporty new Russian agricultural aircraft in Zhukovsky, and the aircraft even performed its first flight at the show on July 23. The improved derivative of the MV-500 crop duster is being promoted for aerochemical work as well as flight training and light airborne attack applications. The composite aircraft has a maximum takeoff weight of 3,252 lb. and wingspan of 41 ft.  and is powered by a single Lycoming 0-540-B4B5-235 piston engine. ORPE Technologiya says 26 earlier-model MV-500s have been delivered, operating in Commonwealth of Independent States countries.

Since its first appearance at MAKS in 2011, the Sukhoi PAK FA T-50 has continued to raise the bar in terms of aerobatic performance—which it continued at this year's air show in Zhukovsky. The flying display also included the Mikoyan MiG-35 and Yakovlev Yak-152. In the pavilions, several new aircraft and aircraft concepts were on display, such as the T-500 lightweight turboprop and Orion medium-altitude long-endurance Orion UAV.