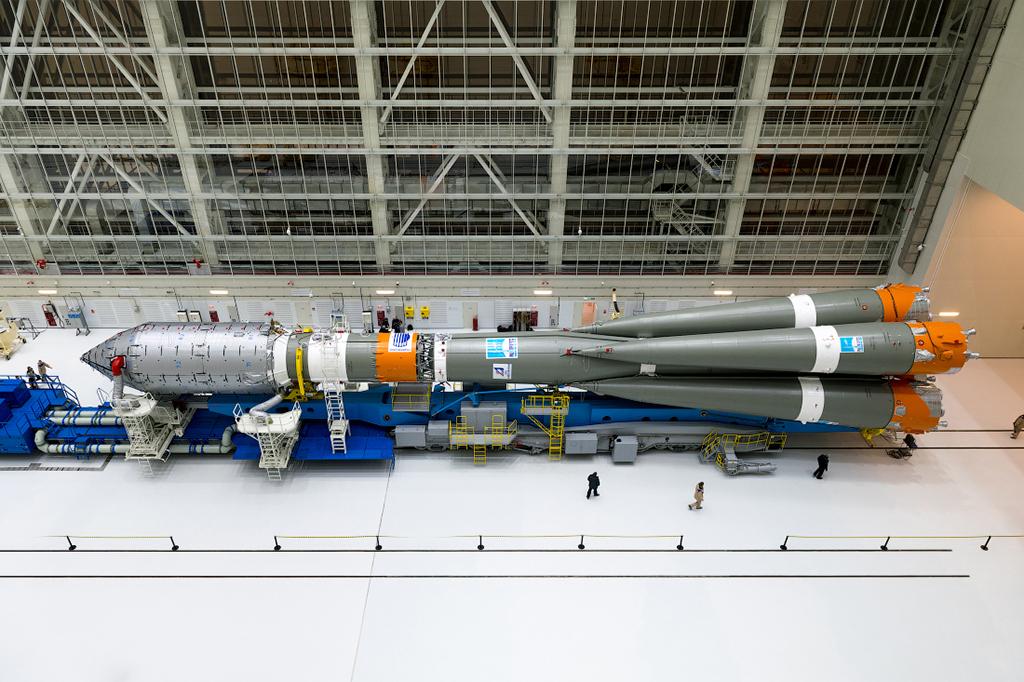 We arrive at Vostochny before dawn on Dec. 23 to see a Soyuz-2.1a rocket make its way to the launchpad about 3 mi. from the Assembly, Integration and Test Building (AITB) for Launch Vehicles, a 10-story-tall, 300 X 157-ft. (90 X 48-m) building that is part of the spaceport’s Universal Technical Complex. 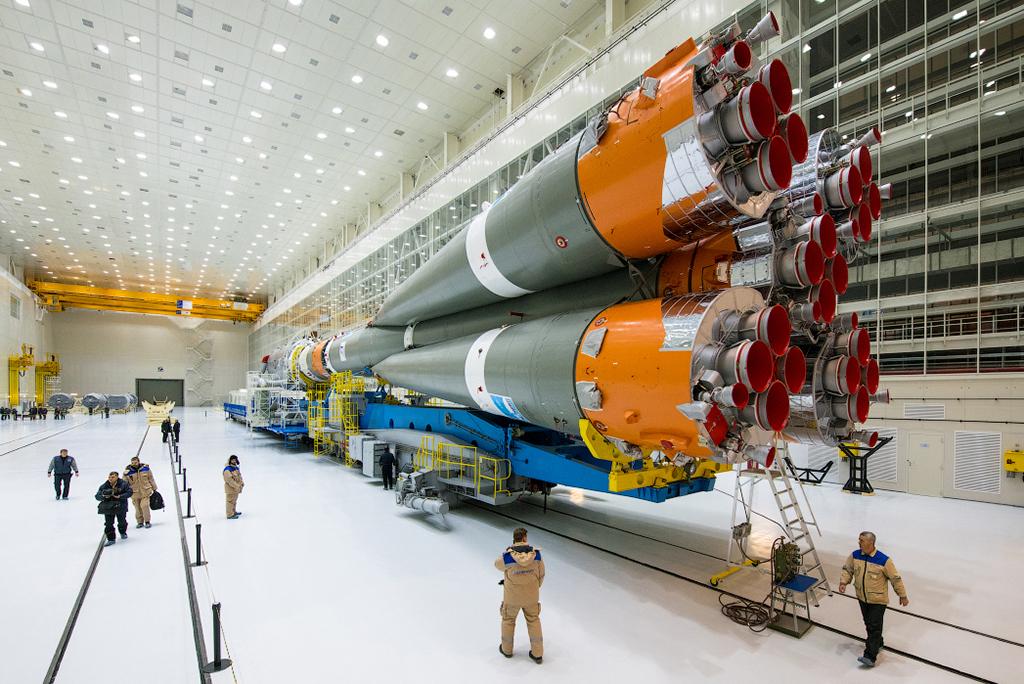 The AITB-Launch Vehicles building has room for processing two launch vehicles. Vostochny’s first launch was in April 2016. So far, just four launches have taken place here. A fifth mission is expected in 2019. 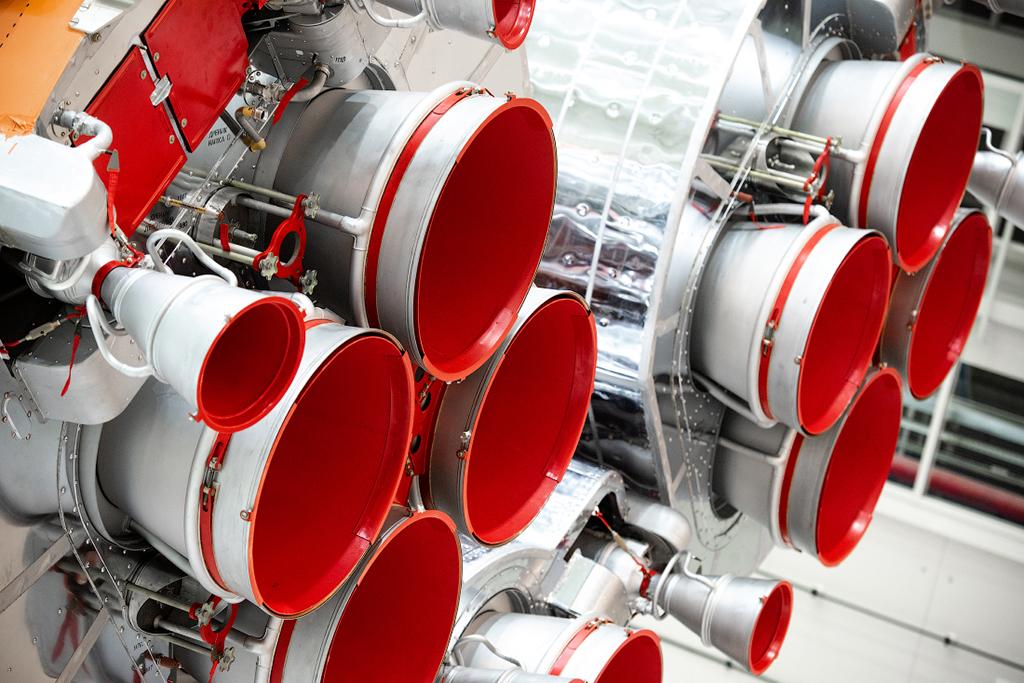 The medium-lift Soyuz-2.1, with a flight heritage dating back to 1959, is a three-stage, liquid-oxygen-and-kerosene-fueled rocket, manufactured by Progress Rocket Space Center in Samara, Russia (not to be confused with the Progress logistics spacecraft manufactured by S.P. Korolev Rocket and Space Corp. Energia). The Soyuz first stage comprises four identical conical boosters strapped to the second-stage core. Each booster has a single rocket motor with four combustion chambers, two vernier combustion chambers and one set of turbopumps. The second stage, comprising a single cylindrical stage that is tapered toward the bottom, is activated at liftoff along with the first stage. 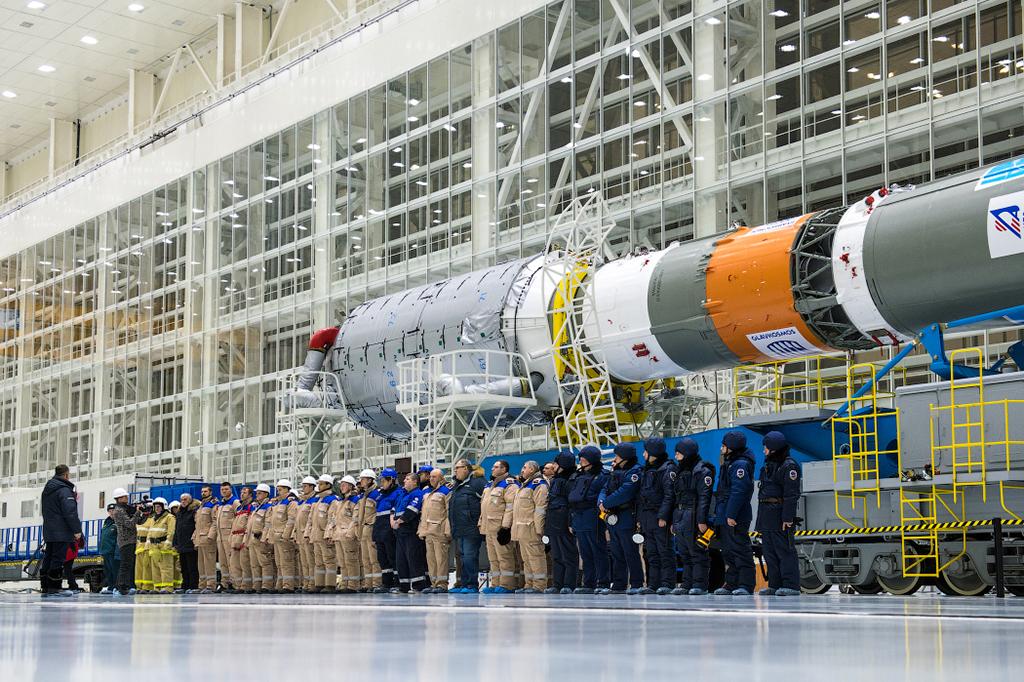 Moscow-based GK Launch Services, which has a staff of 40 people, contracts with the same companies that produce and process Soyuz rockets and upper stages for government launches for its commercial flights: Progress Rocket Space Center for the Soyuz; NPO Lavochkin for manufacturing of Fregat upper stage, testing and payload adaption; and the Center of Operation of Space Ground-Based Infrastructure (TsENKI) for the launch sites. 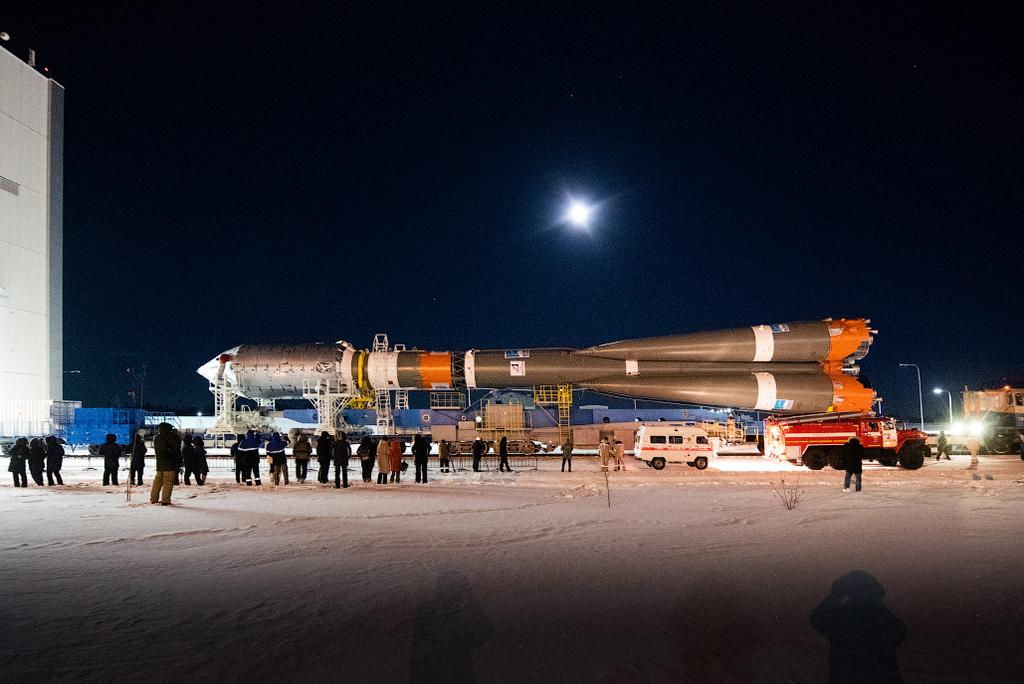 Despite the -36F temperature, workers and guests gather to watch the rocket of the Soyuz-2.1a slated to launch Russia’s Kanopus-V 5 and 6 Earth-observation satellites for the Russian government and 26 small satellites, owned and operated by international research organizations and private companies, including San Francisco-based Planet. 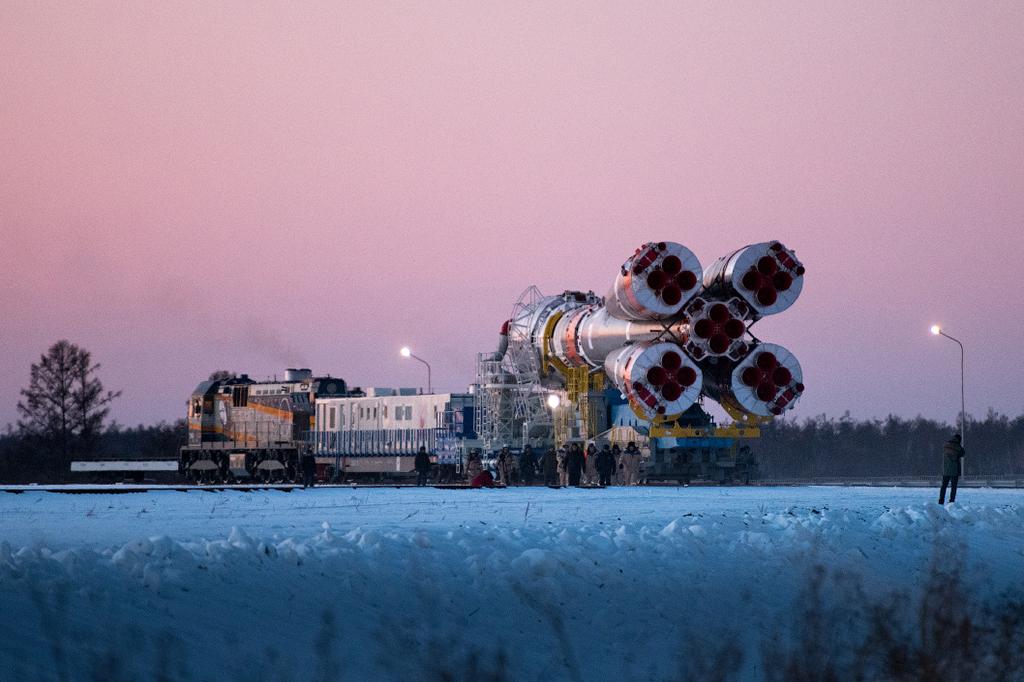 Pushed by a locomotive, the rocket and its transporter-erector are moved to the Soyuz-2 launchpad, located about 3 mi. from the assembly building. Vostochny Cosmodrome, situated on about 270 mi.2 of land, is about 112 mi. from Blagoveshchenck and 3,550 mi. from Moscow. 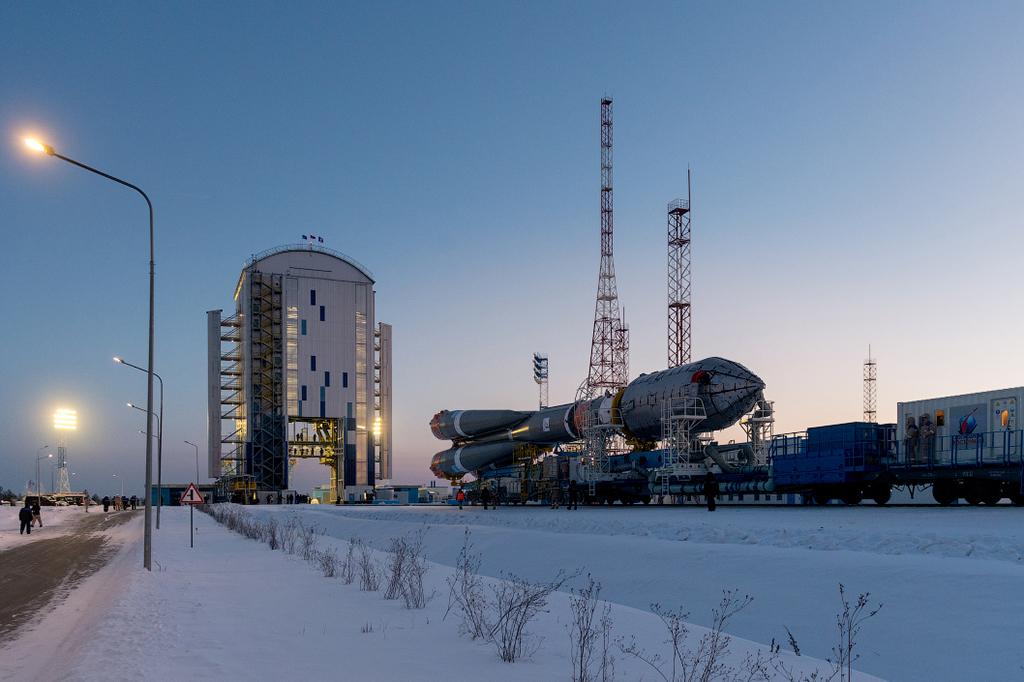 Vostochny is located in a monsoonal climate area. While the average January temperature is -13F, the average temperature in July is 68F. The Soyuz-ST, offered by Arianespace for launches from Guiana Space Center in Kourou, French Guiana, has been adapted for tropical climates and uses a longer fairing. 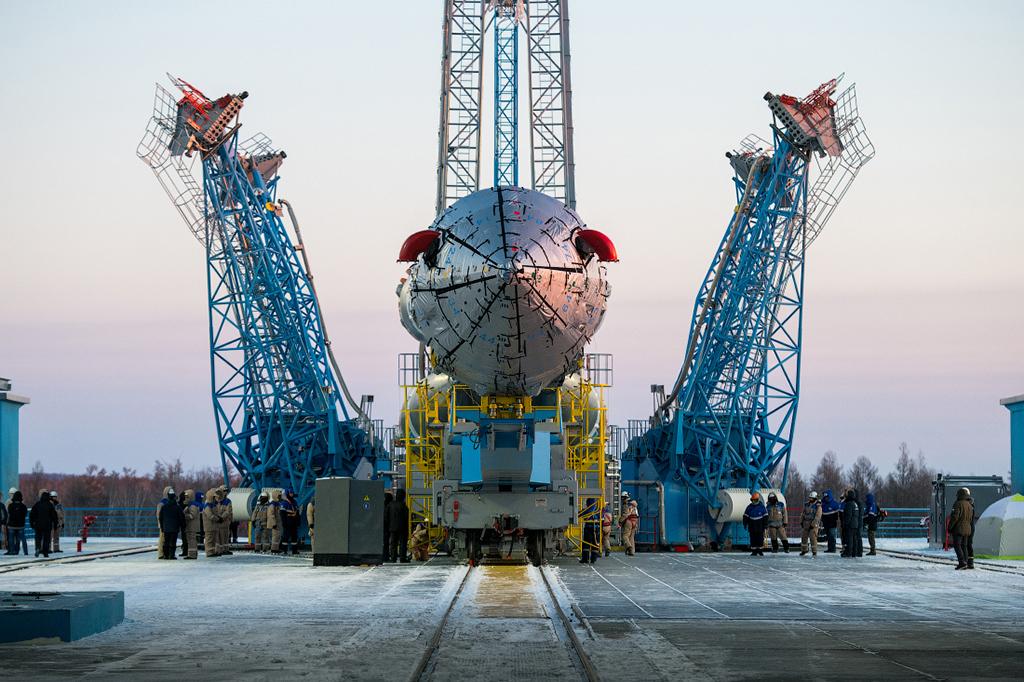 The Soyuz-2.1a is prepared to be hoisted into the vertical position for final preparations for launch on Dec. 27. 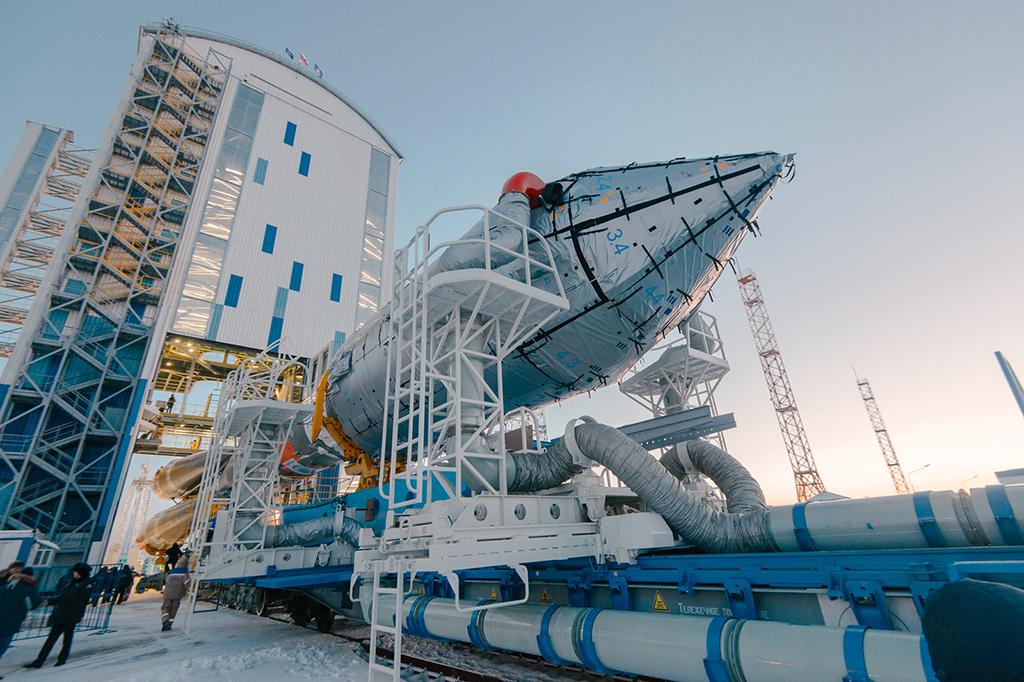 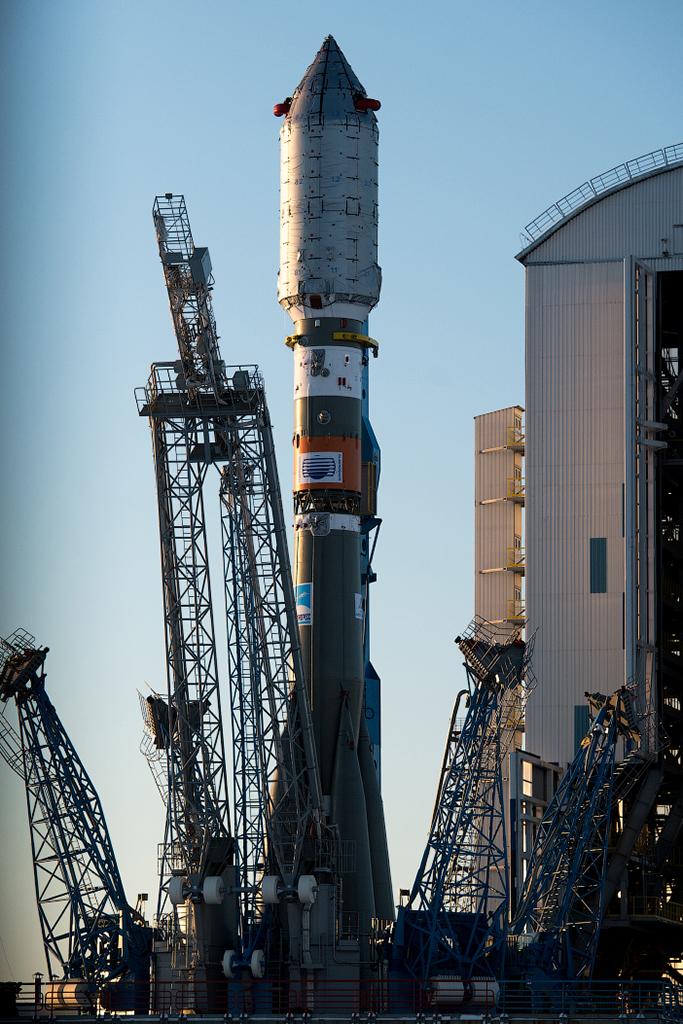 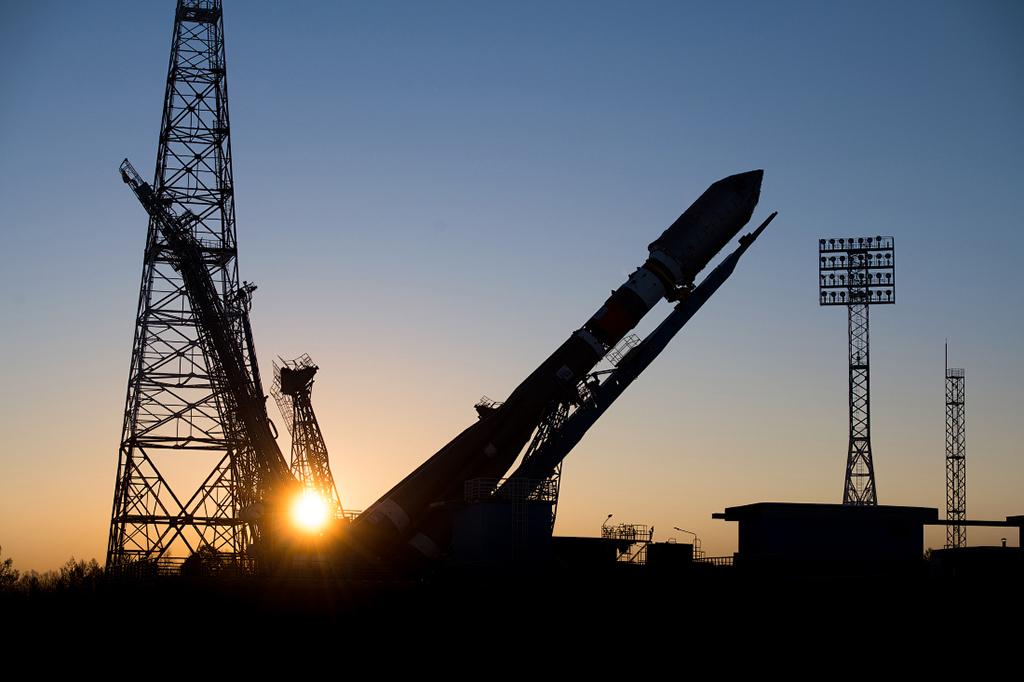 GK Launch Services is currently selling rideshares aboard a Soyuz-2.1a earmarked to deliver Russia’s Meteor-M weather satellite into orbit this year. A launch date has not yet been set. The mission will be the fifth to take place at Vostochny. 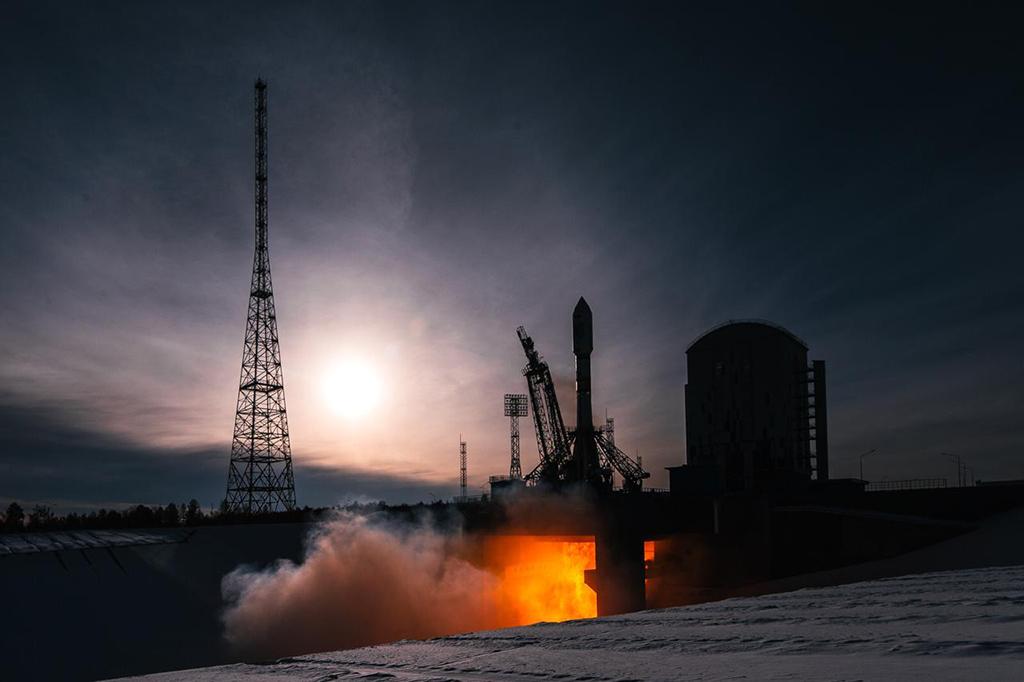 Russia completed its 17th and final launch of 2018 with a Dec. 27 liftoff from the Vostochny Cosmodrome, tying 2016 for the country’s lowest flight rate since 1961. GK is looking to add 3-4 Soyuz launches per year from Vostochny and Baikonur. Its first dedicated commercial Soyuz launch is expected in 2020. 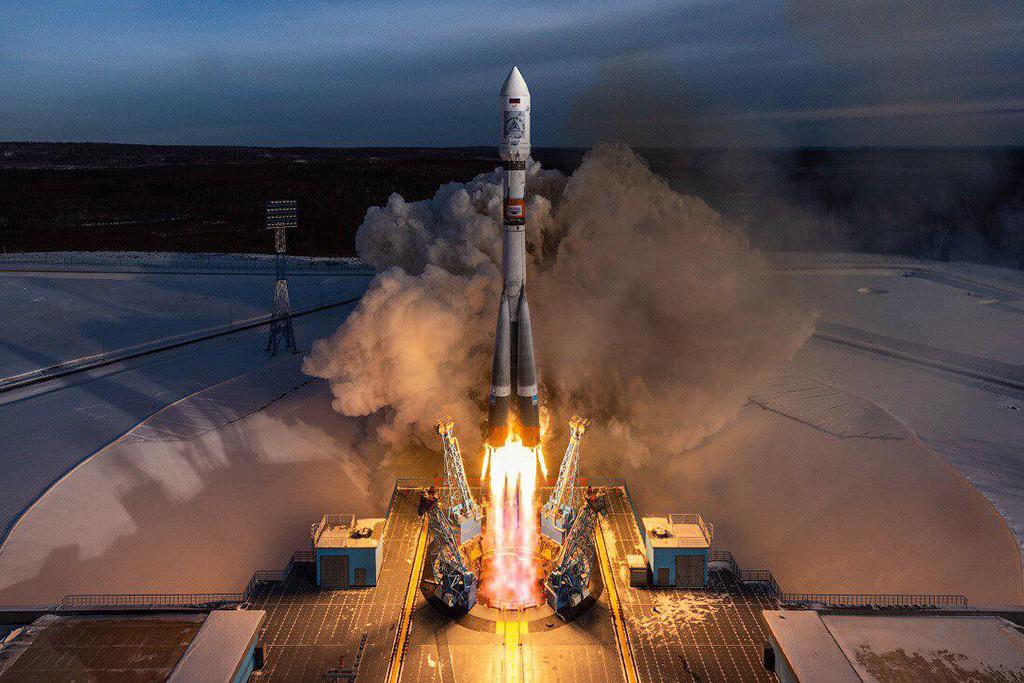 Subzero temperatures are not a problem for Soyuz launches. Summertime launches, however, are curtailed due to the chance that a falling first-stage engine could spark a forest fire.

In late December, GK Launch Services, a commercial subsidiary of Roscosmos established to sell Soyuz-2 launch services from Russian spaceports, hosted the first group of journalists to the Vostochny Cosmodrome in Amur Oblast in the Russian Far East. We stayed in the city of Blagoveshchensk, the administrative center of the oblast, and about a 3.5-hr. drive from Vostochny. At least it takes that long when you’re driving at night on icy roads. Here are some highlights from our visit.

Vostochny Fights For Its Place