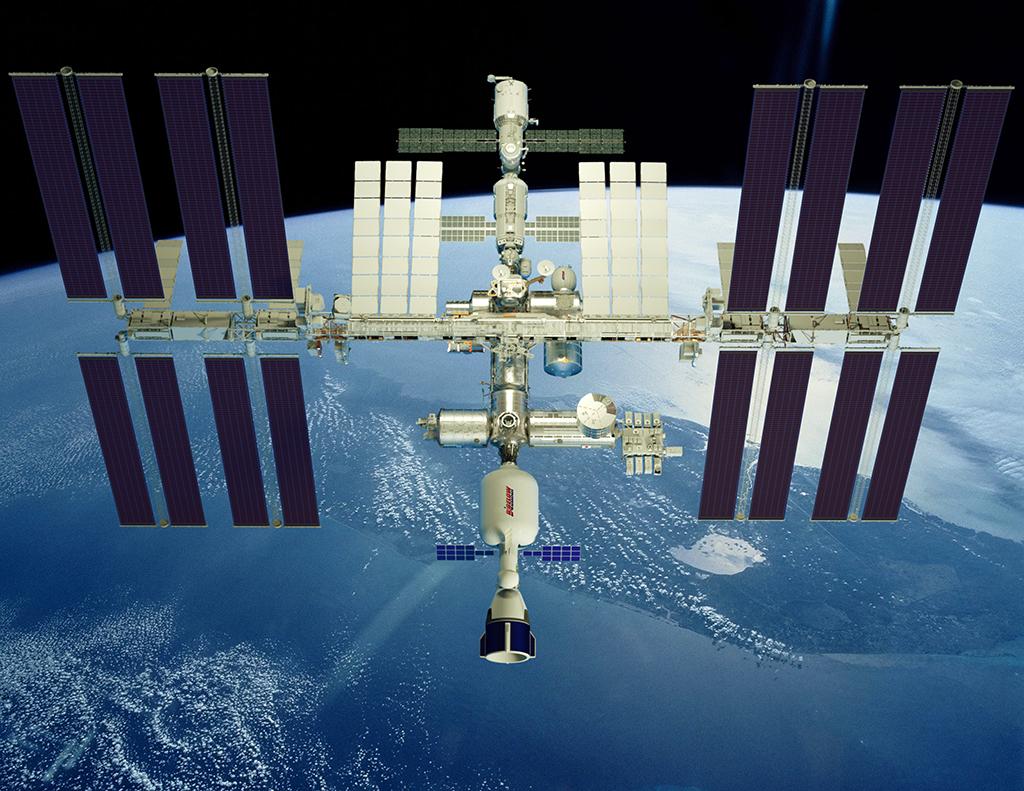 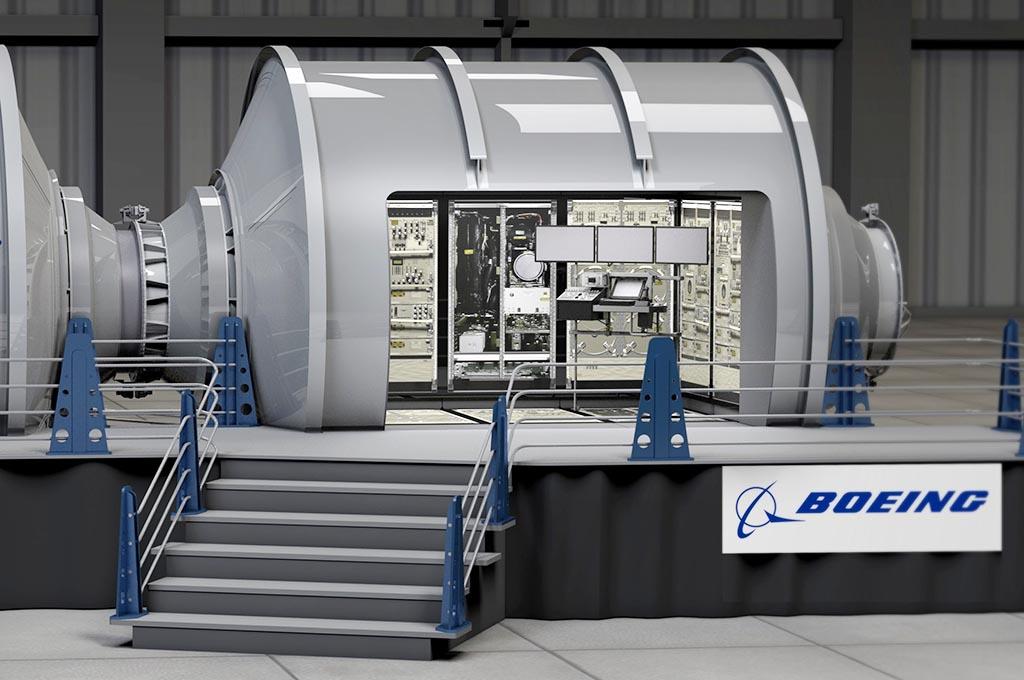 Boeing will produce a full-scale habitat to simulate, on the ground, long-duration human operations in deep space. Based on the company’s experience designing, developing and operating ISS modules, the high-fidelity ground demonstrator will validate interface standards and test systems and exploration technologies. 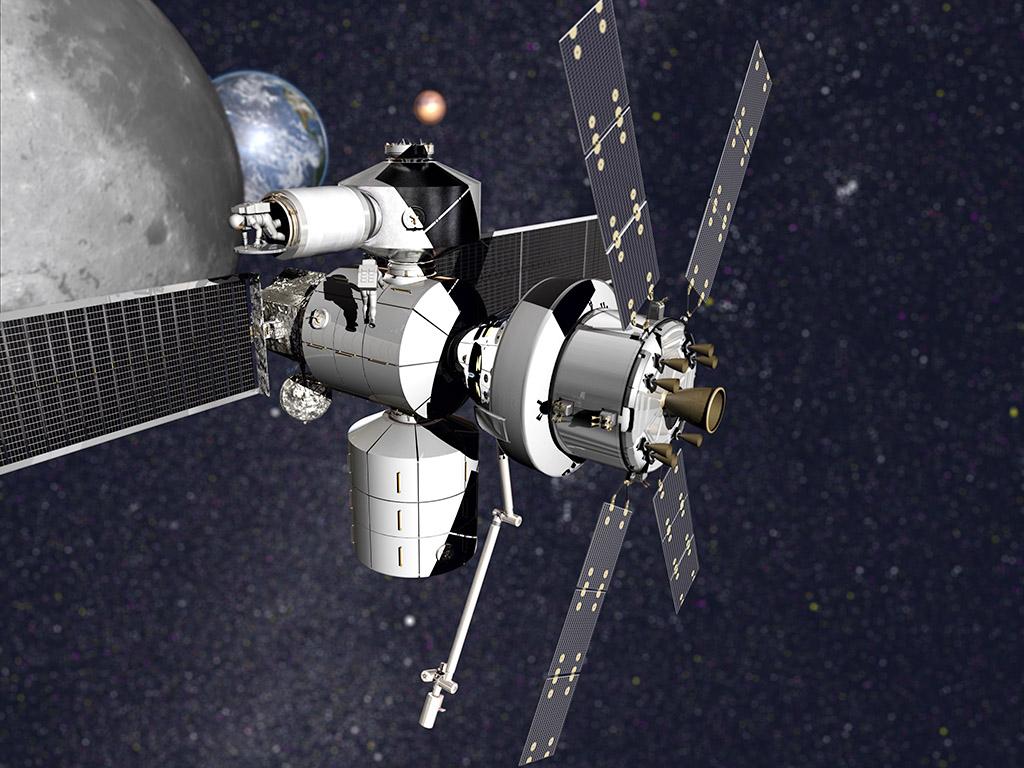 Lockheed Martin plans to refurbish a multipurpose logistics module, originally designed to deliver pressurized cargo to the ISS in the space shuttle payload bay, into a full-scale prototype habitat with integrated avionics and environmental control and life-support systems. The ground hardware will be used to test data links between the habitat and NASA’s Orion crew capsule, demonstrate crew interfaces, and conduct form and fit testing for risk reduction.

Orbital ATK plans to add maturity to its original concept for using the Cygnus pressurized commercial cargo carrier for delivering cargo to the ISS as a habitat in cislunar space. Under NextSTEP-2, it will build a prototype to test interfaces with Orion and other modules, advance the design for long-duration operations in deep space, and develop a road map for continued work leading to Mars exploration. 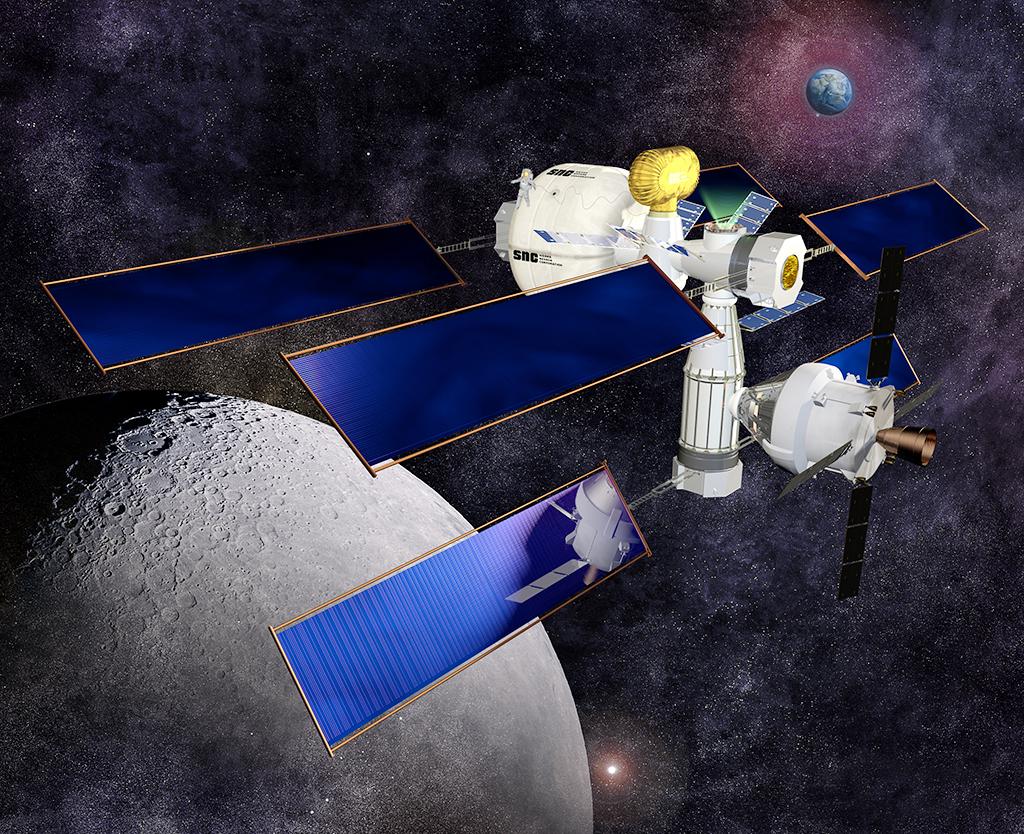 Sierra Nevada Corp., which is modifying its unsuccessful Dream Chaser entrant in NASA’s commercial crew competition as an unmanned ISS cargo carrier, plans to run a proof-of-concept study on use of the cargo module that will fly behind its reusable spaceplane as the basis for a free-flying commercial space station. The station would use an inflatable fabric module, and include life-support and propulsion systems. 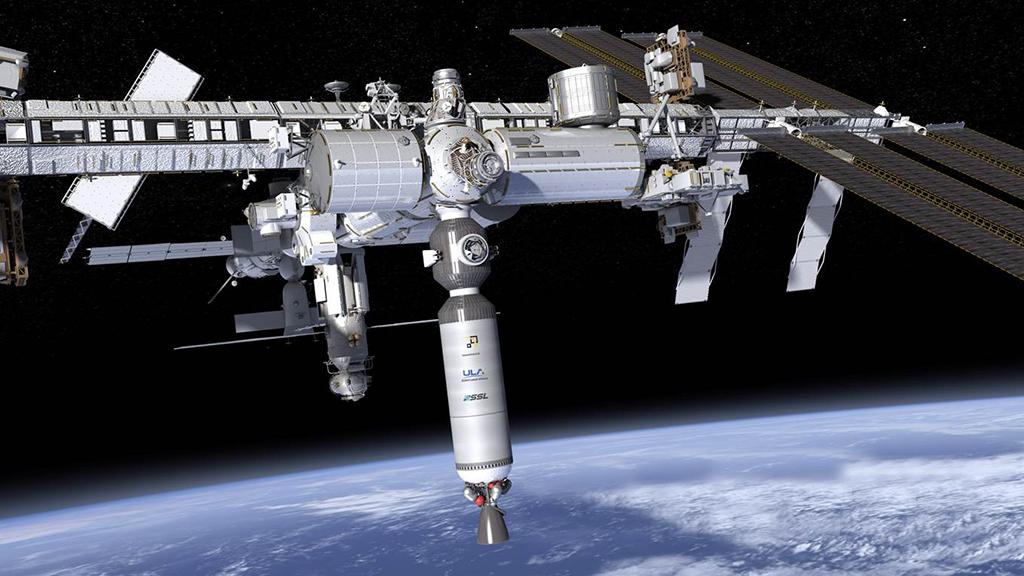 NanoRacks LLC, which pioneered commercial payload accommodation on the ISS, has teamed with Space Systems/Loral and United Launch Alliance as the “Ixion Team” to conduct a feasibility study on the use of a converted launch vehicle upper stage as a pressurized habitable volume. Shown here attached to the ISS, the concept could spin out of any launch vehicle, including NASA’s heavy-lift Space Launch System.

NASA will spend about $65 million this year and next on concept studies and ground prototypes for these six deep-space commercial habitats that may someday fly in the vicinity of the Moon, and could inform future engineering for human missions to Mars. Under the second-round Next Space Technologies for Exploration Partnerships (NextSTEP-2) agreements now being negotiated, the companies selected will be expected to invest at least 30% of the cost of their work. “We are now adding focus and specifics on the deep-space habitats where humans will live and work independently for months or years at a time, without cargo supply deliveries from Earth,” says Jason Crusan, who heads the Advanced Explorations Systems unit managing the project at NASA headquarters.