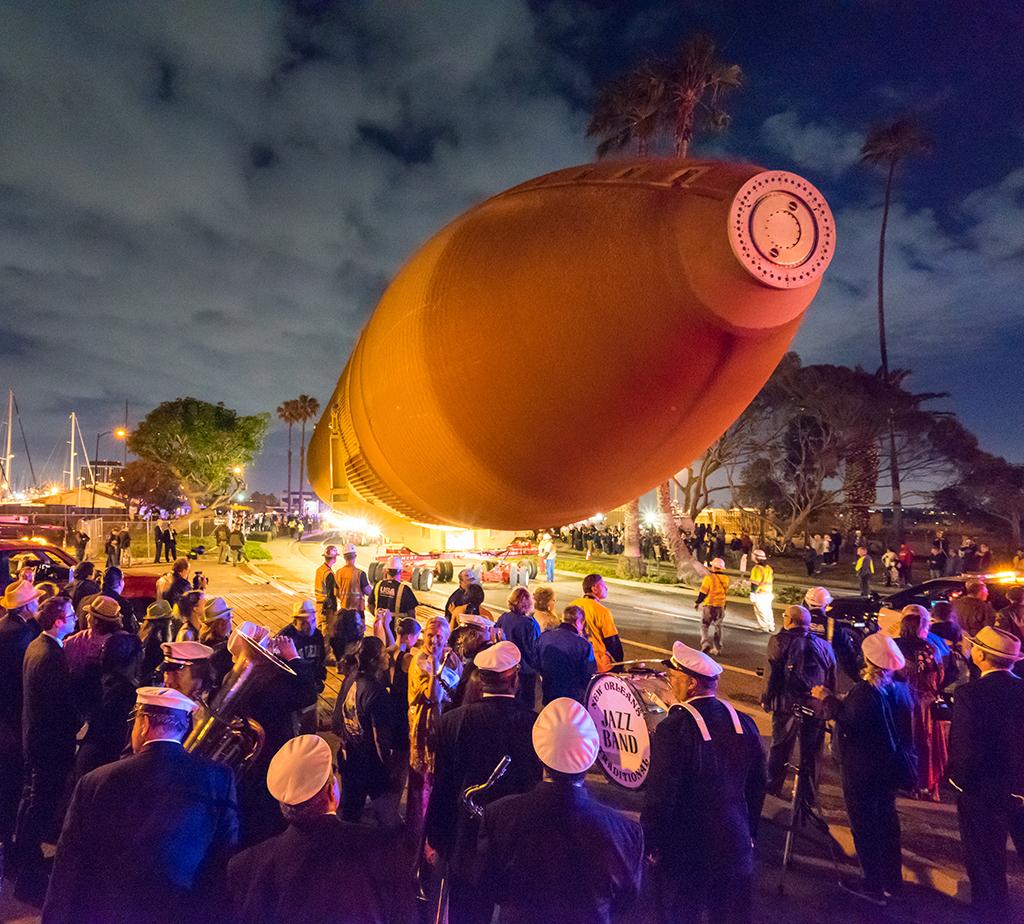 ET-94, the last space shuttle external fuel tank in existence, is surrounded by fans as it departs for the California Science Center from nearby Marina Del Rey. 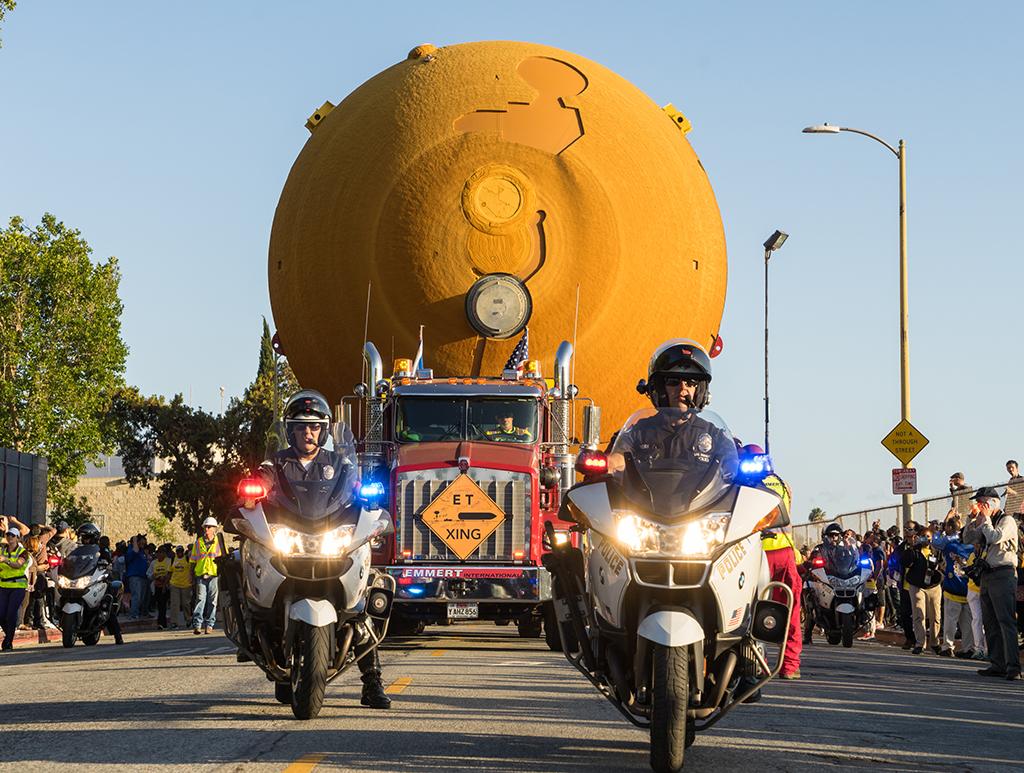 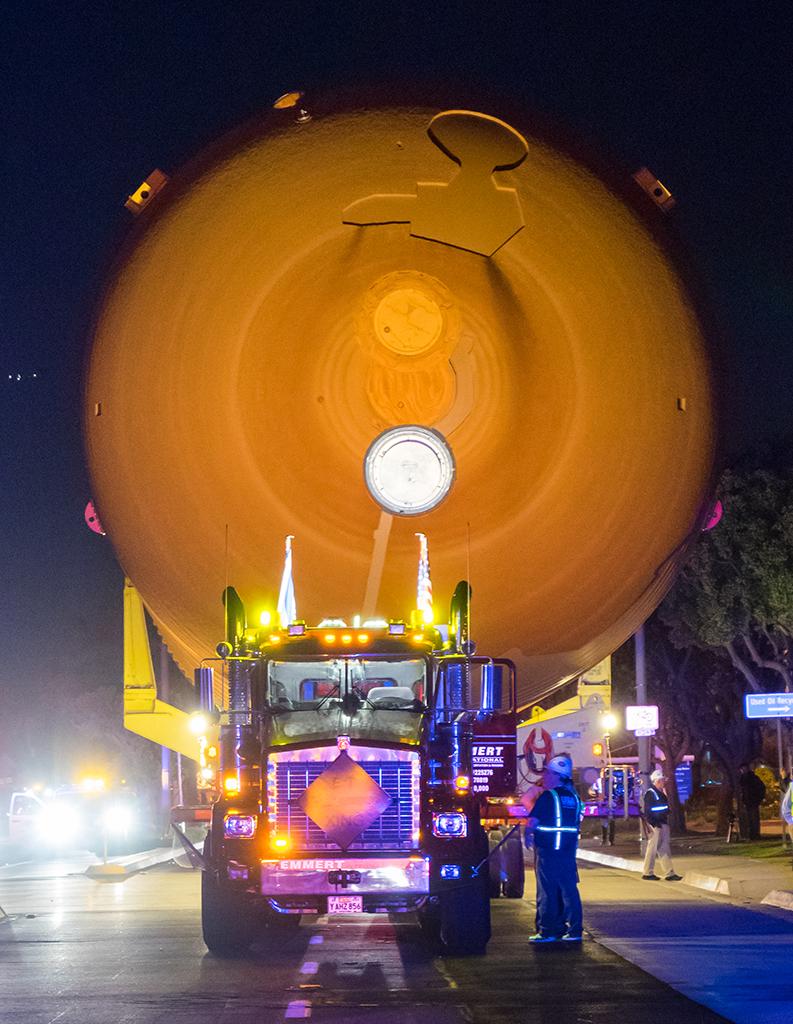 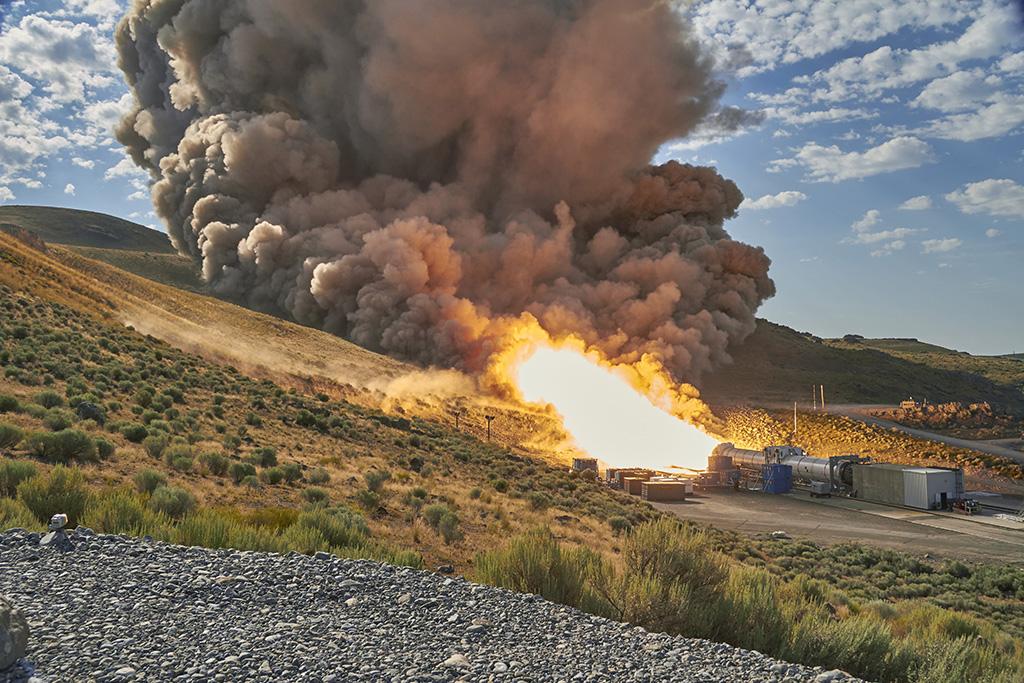 Mountainside view of a test firing of an Orbital/ATK QM-2 Solid Rocket Motor at Promontory, Utah, on June 18. 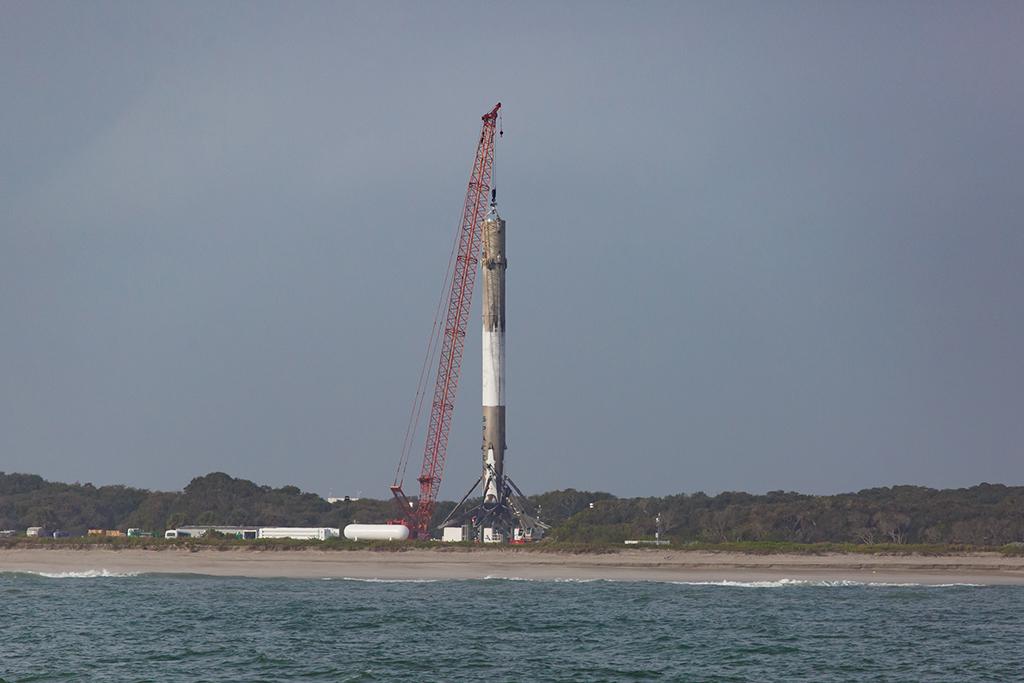 A Spectacular Return For Falcon 9

Soot from the reentry and landing burns leaves its dark fingers on this SpaceX Falcon 9 rocket, the first to successfully perform a powered landing after delivering its payload to orbit, at Cape Canaveral Air Force Station Landing Zone 1. 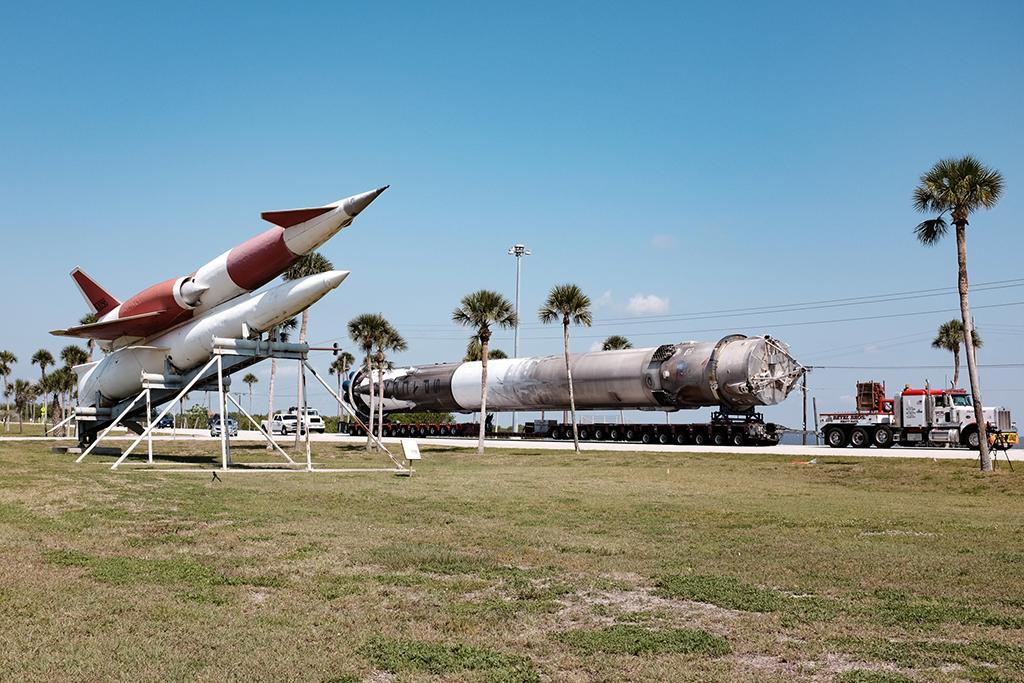 SpaceX's recovered JCSAT-14 booster is transported at Port Canaveral, Florida, past the last  SM-64 Navaho missile. The JCSAT-14 booster survived reentry after delivering its payload to a geostationary transfer orbit, landing aboard SpaceX's drone ship. This Navaho missile was later damaged during Hurricane Matthew in October. 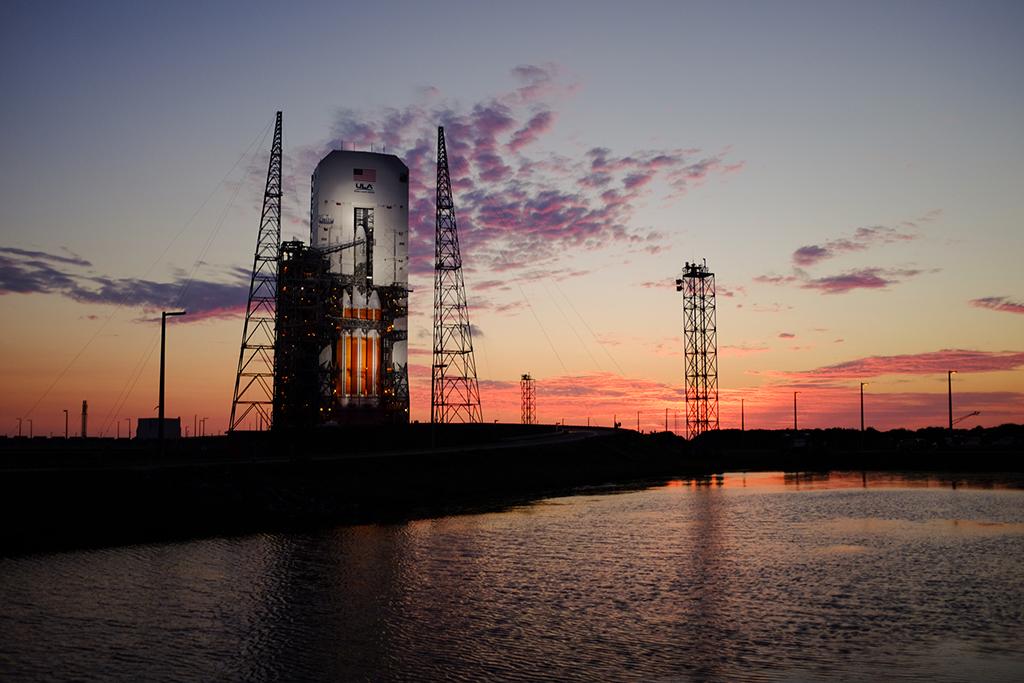 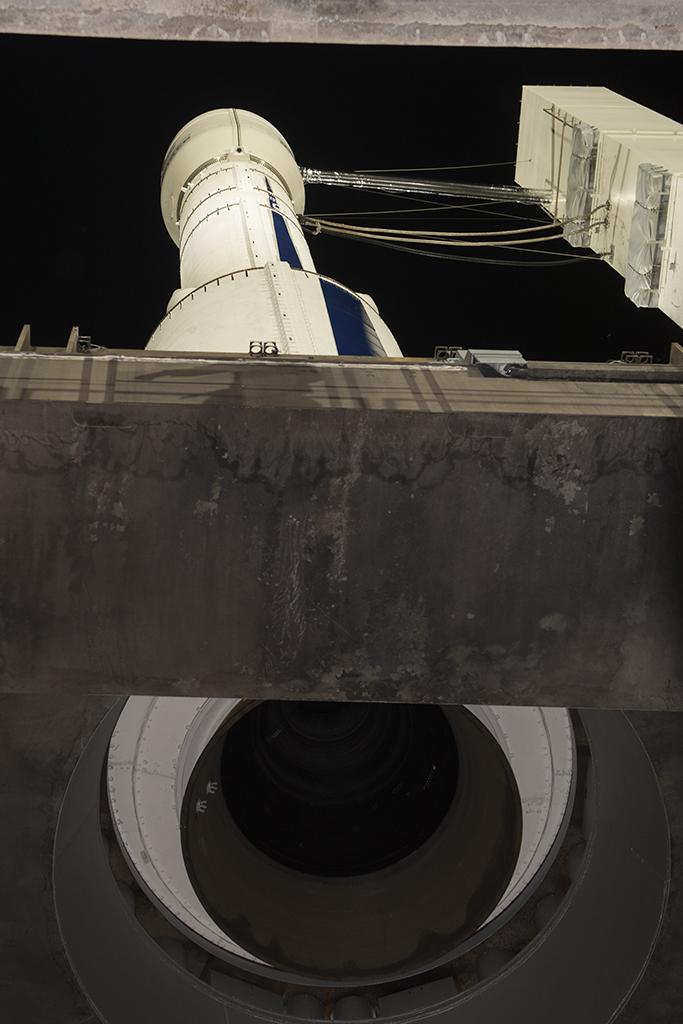 Vega launcher is seen after a gantry rollout on the day before its launch from the European Spaceport in Kourou, French Guiana, on Dec. 2, 2015. 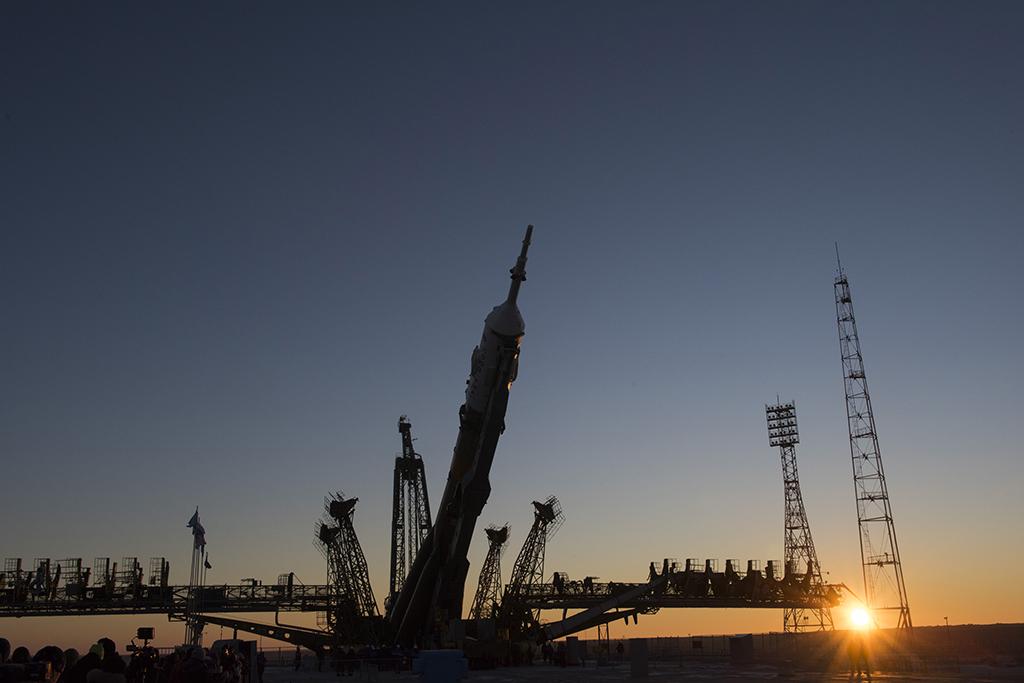 Soyuz launcher is becoming vertical on Pad 1 at Baikonur Cosmodrome, Kazakhstan, on Dec. 13, 2015. 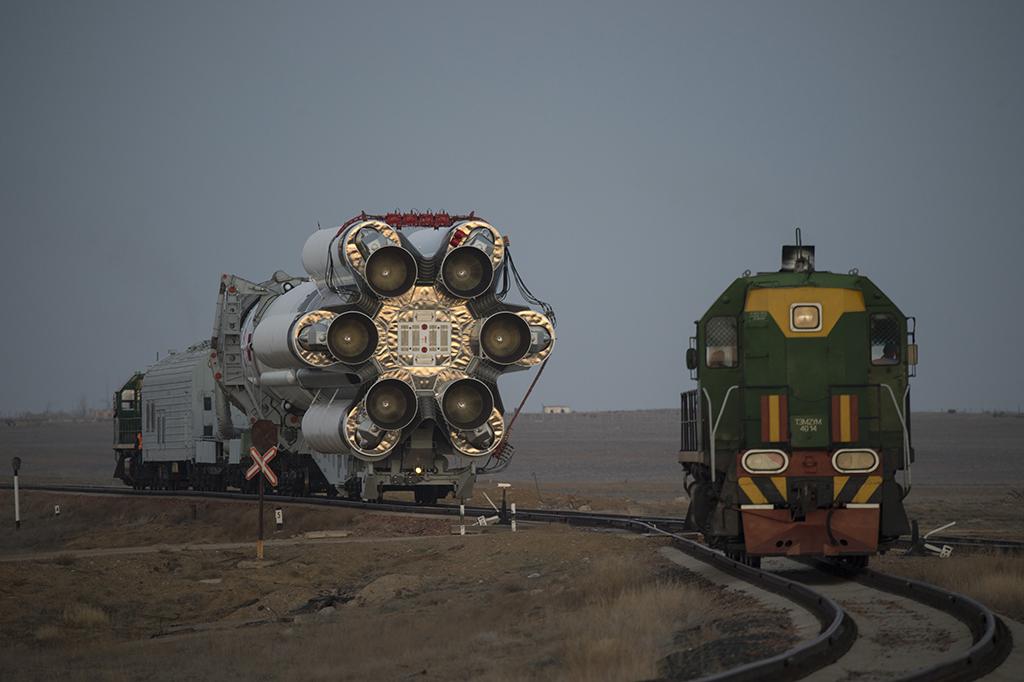 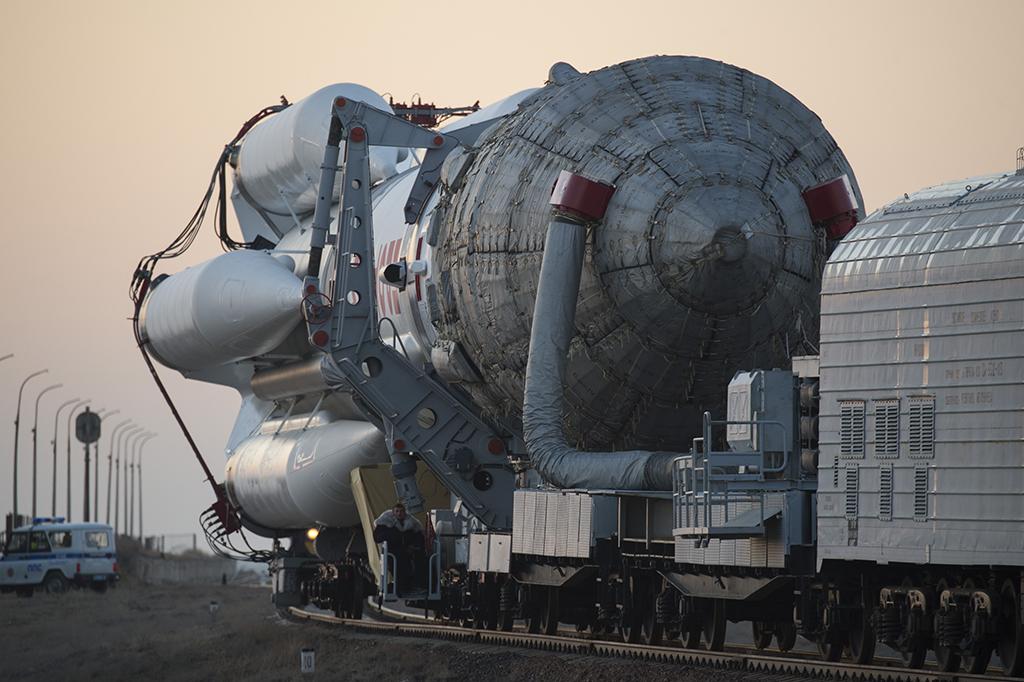 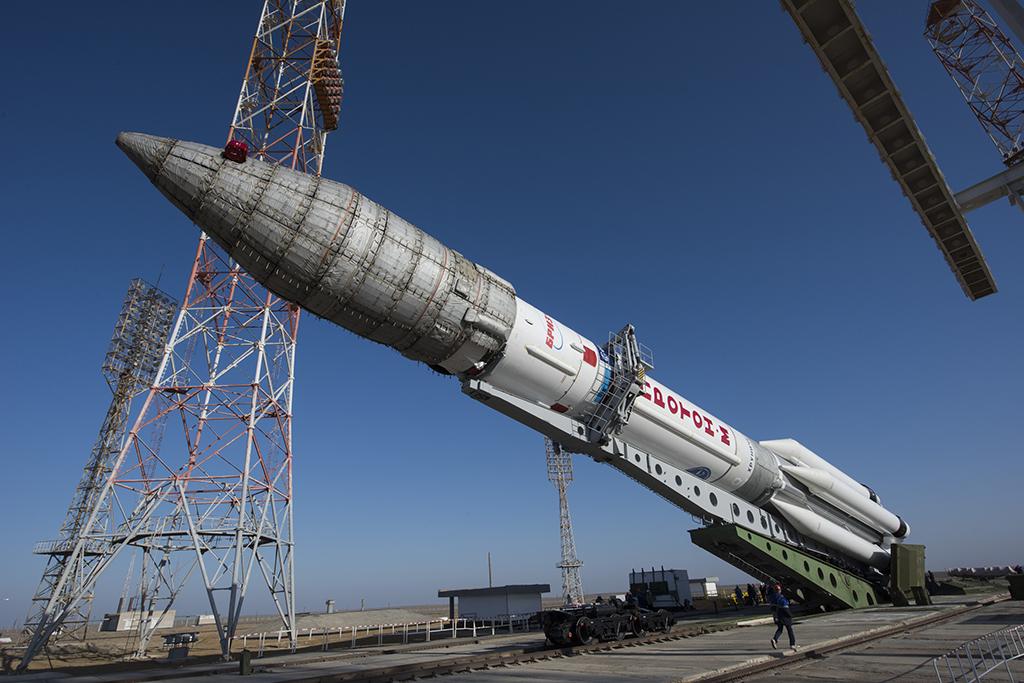 Proton booster is lifted into launch position at Pad 200 at Baikonur Cosmodrome, Kazakhstan, on March 11. 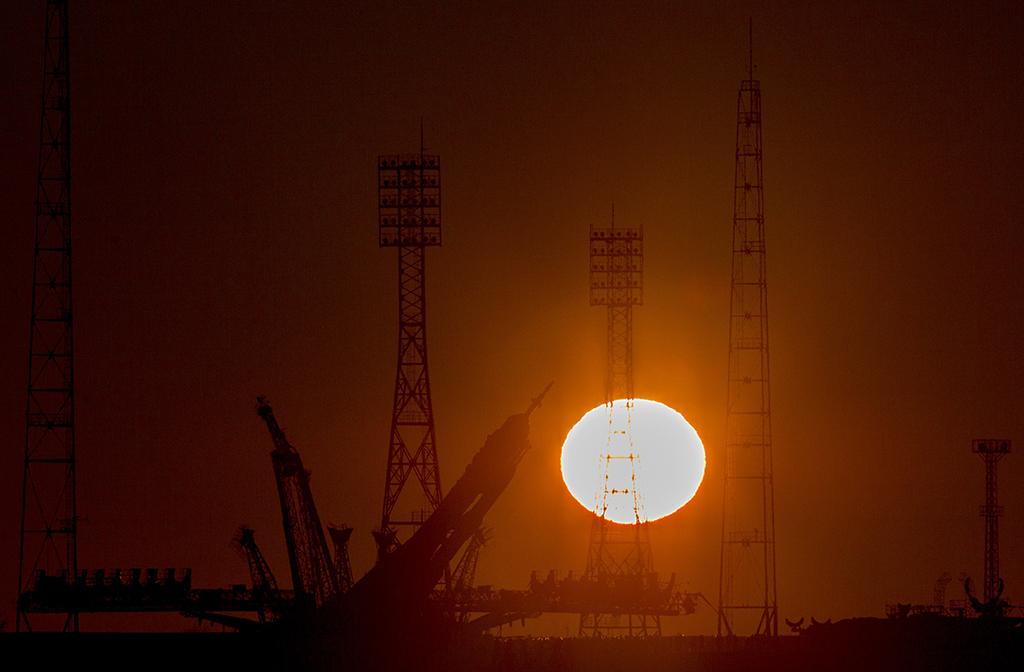 Soyuz TMA-19M is ready for launch on the Gagarinsky pad of the Baikonur Cosmodrome, Kazakhstan. 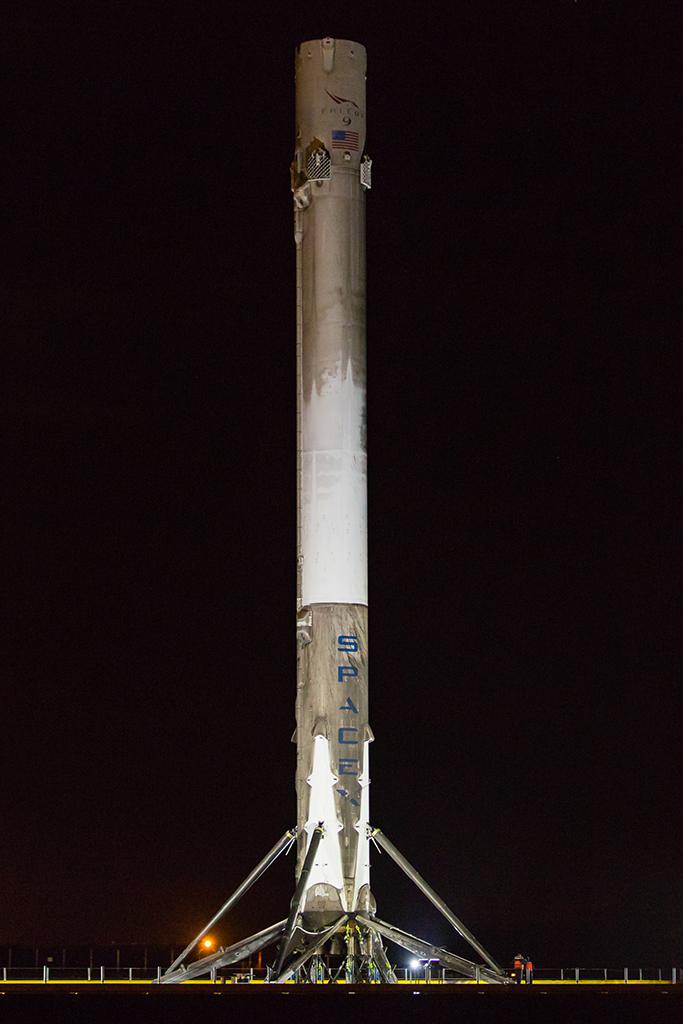 At 1:36 a.m. EDT on April 12, the SpaceX drone ship "Of Course I Still Love You" returned to Port Canaveral and the Cape Canaveral Air Force Station carrying CRS-8, the first Falcon 9 rocket to land on a ship. 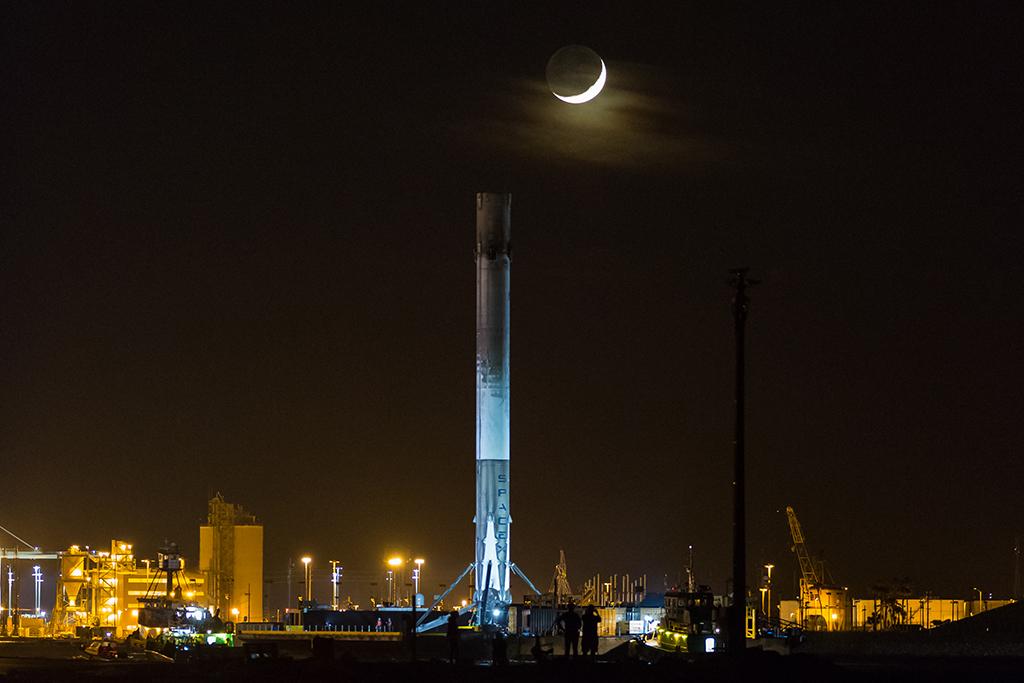 The first stage of the JCSAT-14 Falcon 9 rocket was launched by SpaceX and then landed atop the drone ship "Of Course I Still Love You." The ship and rocket returned to Port Canaveral on May 9.