Launch Vehicle Engines For The Future 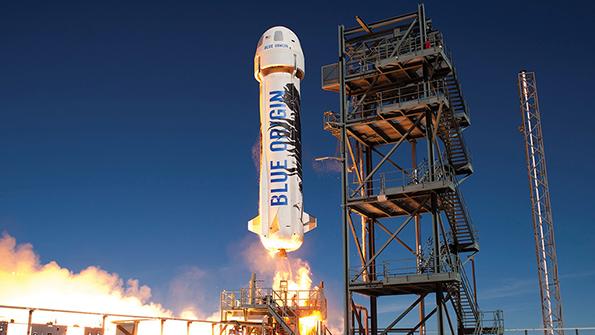 Blue Origin is modifying the reusable BE-3 cryogenic engine it developed for the New Shepard suborbital tourism vehicle with longer nozzles for optimum performance in vacuum. Orbital ATK plans to use the engine in the stage atop its proposed solid-fuel launcher, and United Launch Alliance may use it on the Vulcan’s planned Advanced Cryogenic Evolved Stage (ACES).

United Launch Alliance has been working with XCOR Aerospace on a 25,000-lb.-thrust cryogenic engine—designated 8H21—that would use a proprietary piston-pump system to feed liquid oxygen and liquid hydrogen for ACES propulsion combustion. The two companies have tested the pictured 2,500-lb.-thrust version, the 5H25. 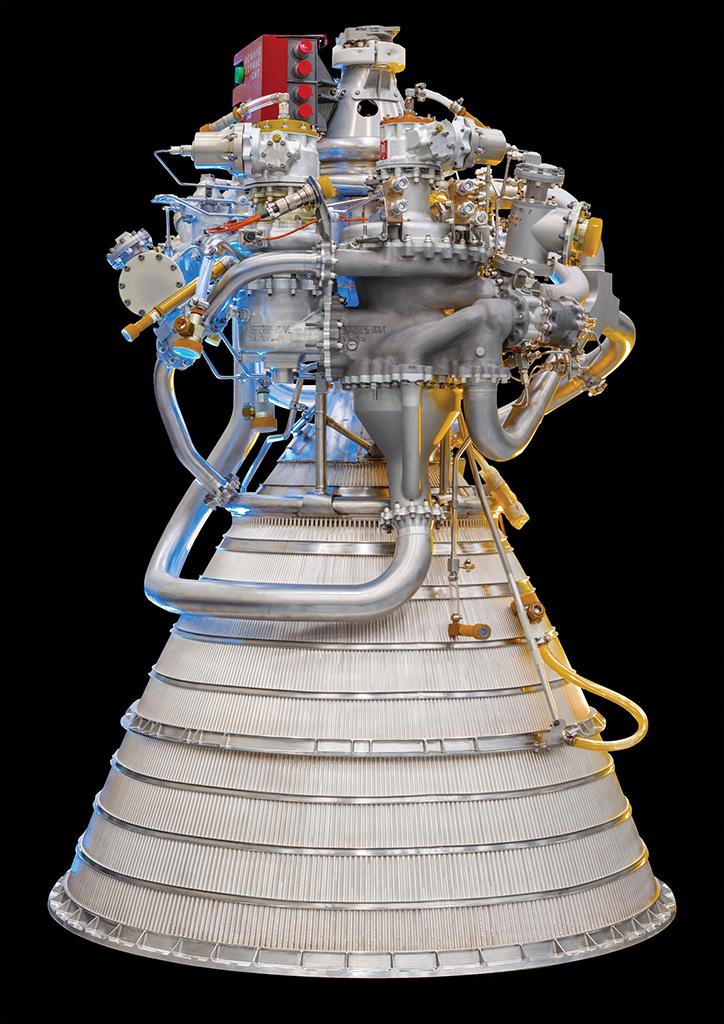 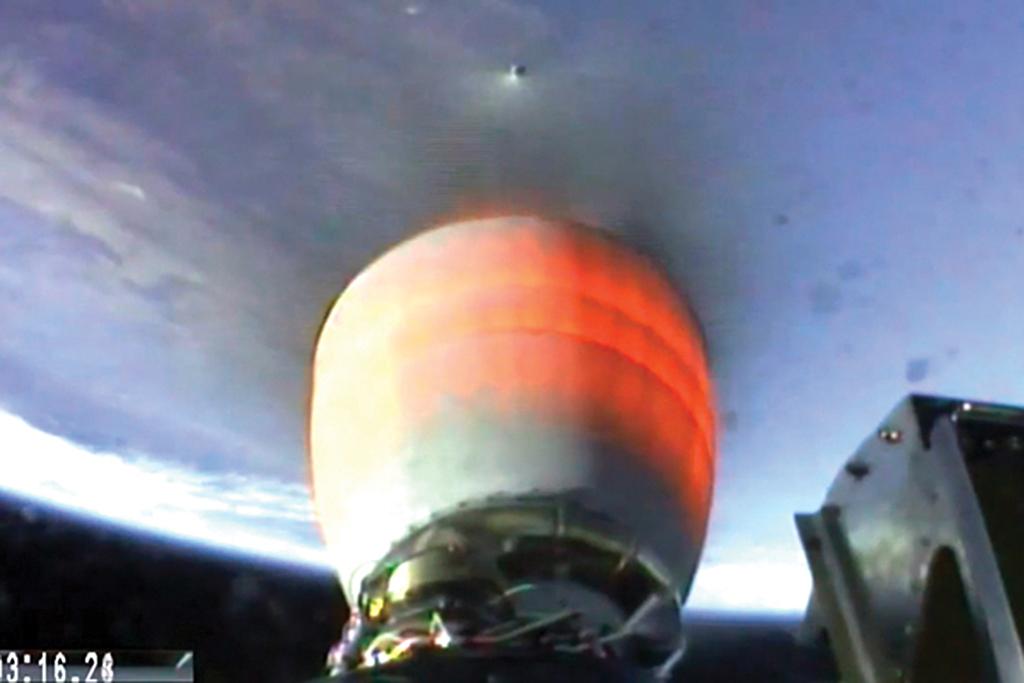 The Falcon 9 uses a single Merlin 1D to power its upper stage, pictured with its nozzle glowing red as it boosts a payload to orbit. The engine is modified with a longer nozzle for better performance in vacuum, where it delivers a reported 161,000 lb. thrust with its kerosene-fueled gas-generator cycle.

SpaceX has started work on a new reusable engine, dubbed Raptor. Engineers at Stennis Space Center have tested the oxygen preburner in development for the high-power liquid oxygen/methane staged-combustion engine. 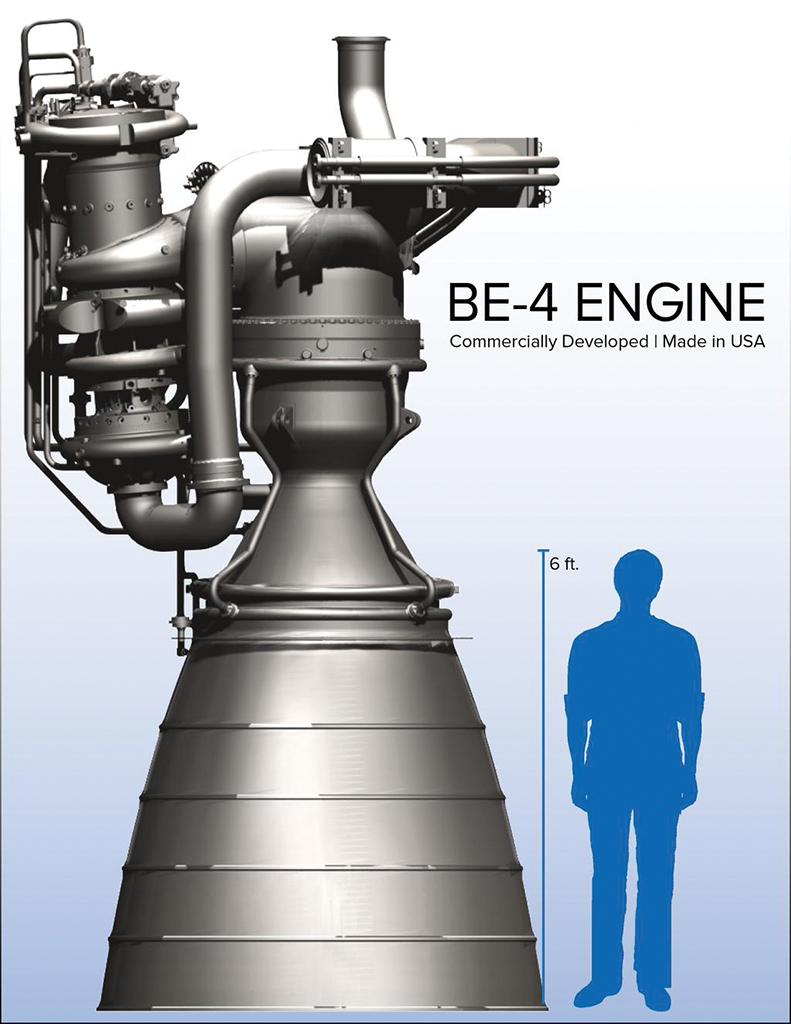 Blue Origin is developing the 550,000-lb.-thrust BE-4 to power the United Launch Alliance Vulcan’s main stage, and its own as yet unnamed orbital launch vehicle. The oxygen-rich staged combustion cycle engine will burn liquefied natural gas. 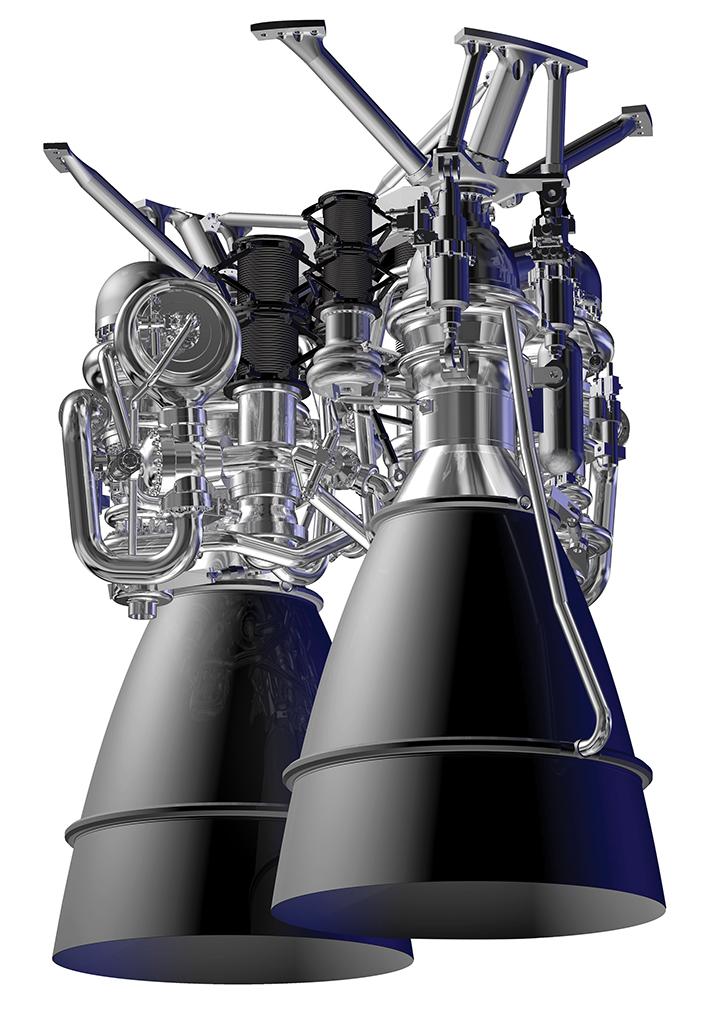 Aerojet Rocketdyne’s AR1 oxygen-rich staged combustion engine is a 500,000-lb.-thrust kerosene-fueled engine that could power a Vulcan variant or a variety of other launch vehicles. On the Vulcan two of the U.S. engines would replace the Russian-built RD-180. 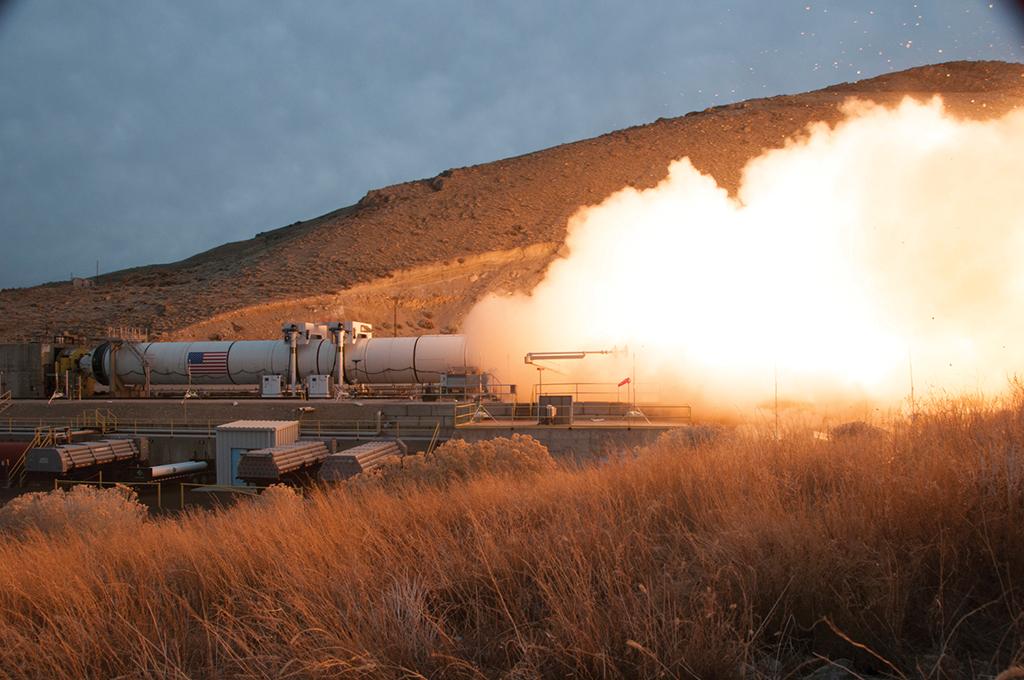 Drawing on its heritage with large segmented solid-fuel rocket motors, such as this five-segment booster for NASA’s Space Launch System, Orbital ATK has proposed a launch vehicle first stage that would exceed the 860,000 lb. thrust of a Russian-built RD-180 on liftoff. 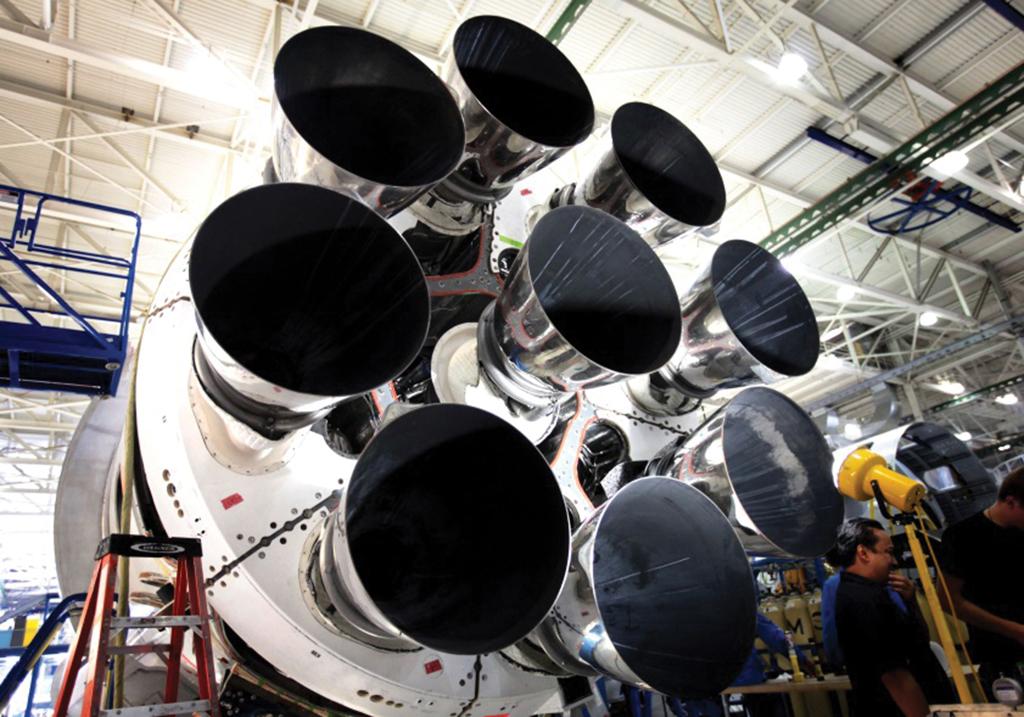 SpaceX uses an array of nine Merlin 1D engines to power the first stage of its Falcon 9 launch vehicle (hence the name). A single engine delivers 170,000 lb. thrust, burns rocket-grade kerosene and is reusable. The engines have restarted to bring the stage back to tail-down landings and near-landings.

The competing commercial main- and upper-stage candidates to replace the Russian-built RD-180 rely on rival technologies and fuels to lift modern payloads.