Six Things To Know About Trump And Air Force One 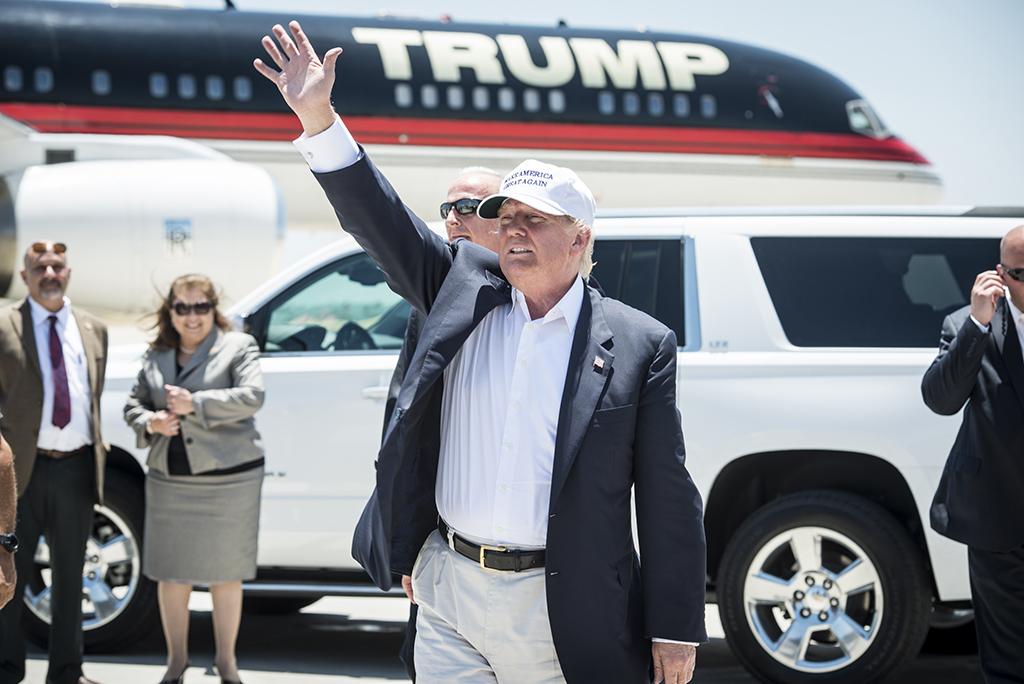 President-elect Donald Trump’s call to scrap Boeing’s new Air Force One rocked the defense community this week, sending the world’s top aerospace firm scrambling to protect a multibillion-dollar order that was supposed to be in the bag.

The condemnation of the project—announced on Twitter—rattled not just Boeing, but the entire industry. Boeing’s stock plummeted within minutes, while other companies were left wondering if their programs would be next on the chopping block. Lockheed Martin already has a target on its back: During the campaign, Trump called out the F-35 Joint Strike Fighter program for costing taxpayers “billions.”

Are we entering a new era, where critical national security deals are made and broken via Twitter? The industry hopes not. Hours after the news broke, Dave Melcher, president and CEO of the Aerospace Industries Association, had some words of wisdom at the group’s annual media luncheon: “What is tweeted today is not going to be the policy of tomorrow.” 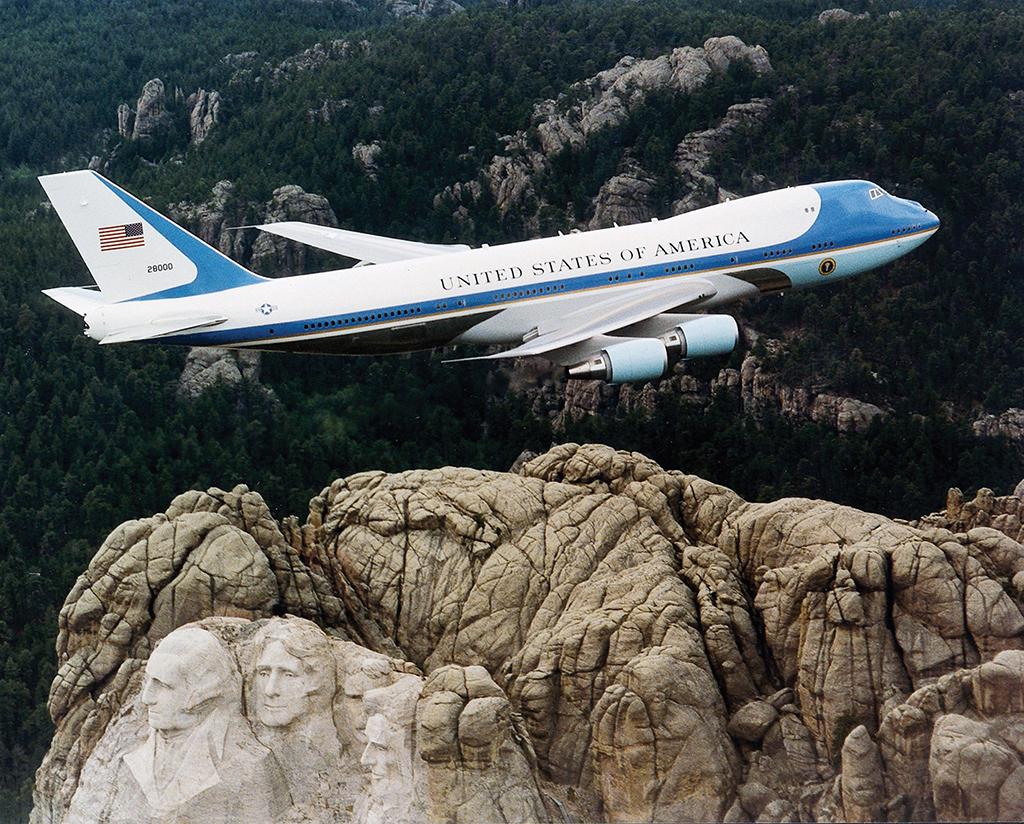 Trump Is Actually Right About the Cost

Trump’s estimate that the U.S. Air Force’s Presidential Aircraft Replacement (PAR) program will cost more than $4 billion is not far off the mark. The Air Force has budgeted $2.87 billion in research and development funds through fiscal 2021 to build two aircraft for fielding in 2024, and the Government Accountability Office (GAO) projects the total cost will be $3.2 billion. Given the tendency of Pentagon contracts to exceed initial estimates, it is not inconceivable that the final price could reach the $4 billion mark—particularly as the program is still in its very early stages.

“Boeing is building a brand new 747 Air Force One for future presidents, but costs are out of control, more than $4 billion. Cancel order!” Trump tweeted Dec. 6.

Speaking to reporters at Trump Tower after the tweet, Trump doubled down, saying he thinks “it’s ridiculous” that Boeing’s new Air Force One is so expensive.

“I think Boeing is doing a little bit of a number. We want Boeing to make a lot of money but not that much,” Trump said.

So far, though, there is no evidence Boeing is trying to swindle the government. For one, Boeing does not have a production contract for the new Air Force One—the government has awarded the company a total of $170 million to date for risk reduction and other preliminary work. So any prediction of what the program could end up costing is just an estimate and not, as some have erroneously reported, a reflection of cost overruns. 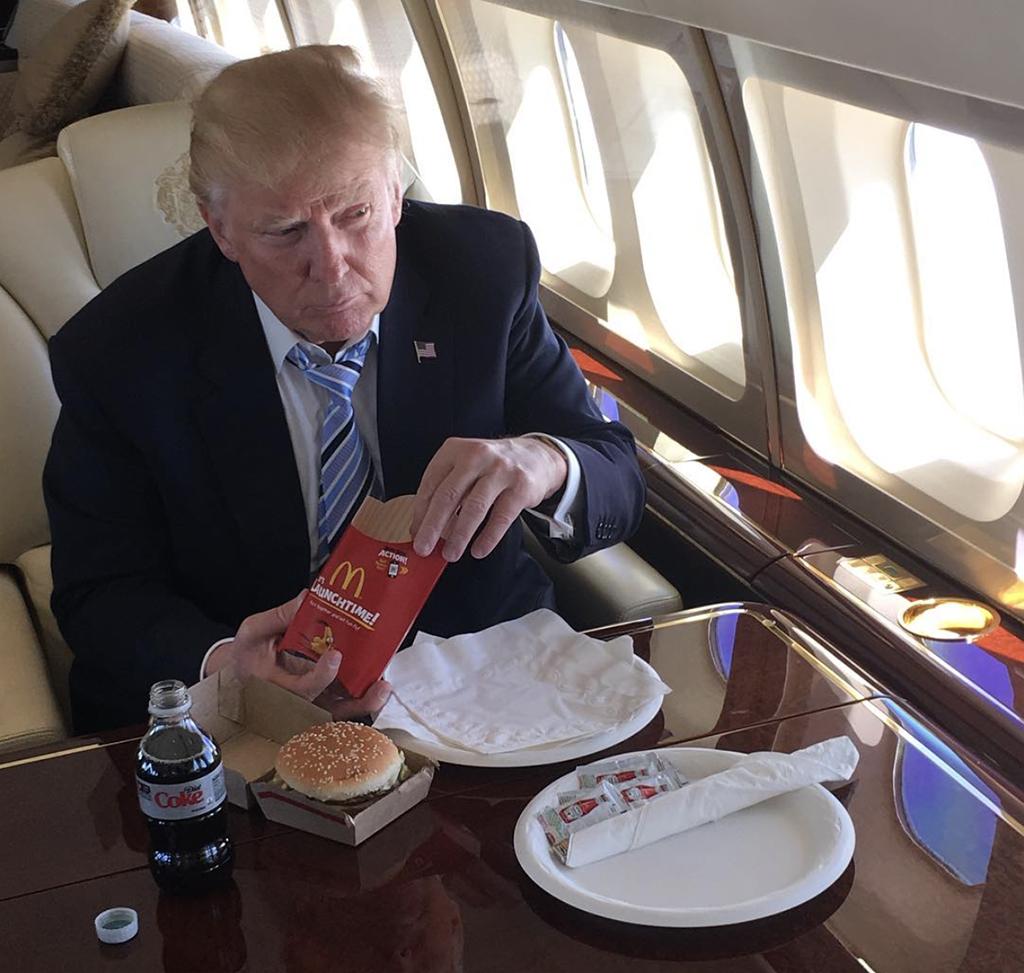 Presidents Do Not Negotiate Defense Contracts

However you slice the numbers, one thing is for sure: Presidents do not normally negotiate defense contracts. Yet Trump has promised to do just that. Just hours after the initial tweet, the president-elect spoke directly with Boeing President and CEO Dennis Muilenburg about Air Force One. In an interview with NBC’s Matt Lauer the next day, he vowed to personally “work it out” with Boeing—and if he can’t get a better deal, he promised to cancel the order.

Presidents do become personally involved in negotiations at the highest levels, such as for international trade deals or congressional legislation. But if Trump as president makes good on his promise to personally negotiate with Boeing on the new Air Force One, it will be unprecedented. 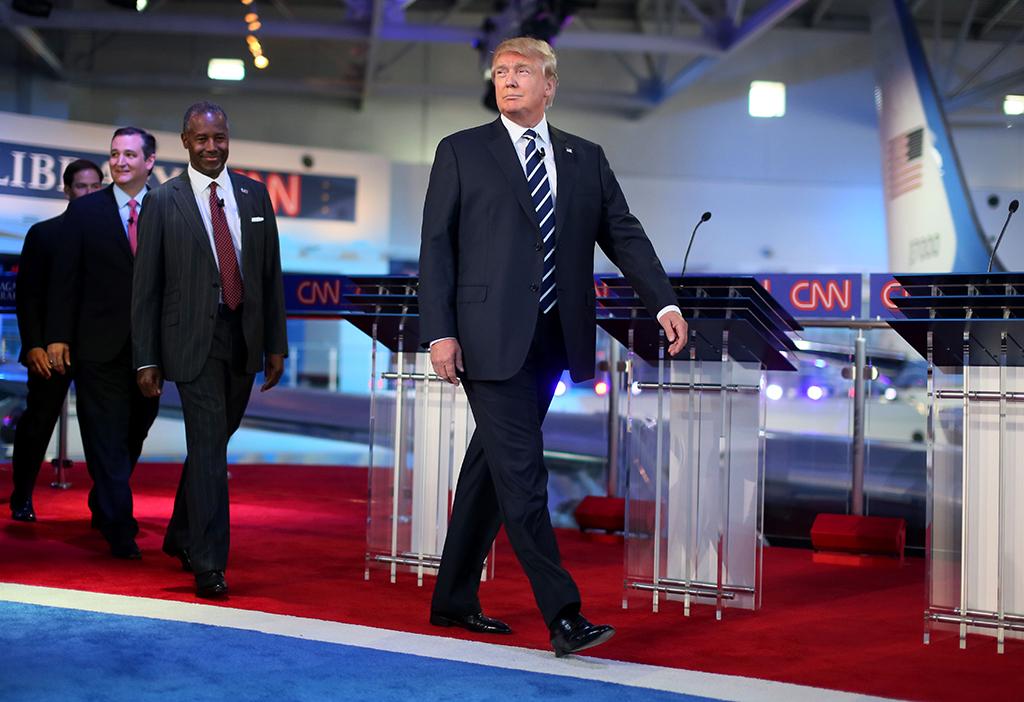 Trump Could Just Walk Away

Since production on the replacement program has not begun, the Trump administration could just walk away from it. With just $170 million down, the government could cut its losses at minimal cost to the taxpayer, and without fear of penalties for breaking a massive development contract.

However, Boeing is the only company that can build the new Air Force One as it is currently envisioned. As requirements stand today, a heavily modified Boeing 747-8 widebody aircraft is the only airframe that fits the bill to replace the legacy VC-25As, heavily modified Boeing 747-2s. The Air Force may have considered the Airbus A380 as a candidate for the new Air Force One, but the European company expressed little interest in the program.

In a new twist, on Dec. 7 Ukraine’s state-owned Antonov offered to build Trump a new Air Force One. The maker of the world’s biggest aircraft, the Antonov-225 Mriya cargo plane, tweeted at the president-elect: “May be it is better to consider #Antonov aircraft as Air Force One?”

The tweet appears to be in jest, and it is unlikely the Air Force would consider buying a Ukranian aircraft over one made in the U.S. Still, the idea bears further discussion. The former Soviet republic is a strong U.S. ally, but it is likely concerned by Trump’s praise of Russian President Vladimir Putin throughout the presidential campaign just two years after Moscow’s invasion of Crimea.

The best option for Trump may be to simply change the requirements of the new Air Force One—perhaps settle on a smaller airframe with fewer specialized systems onboard to lower the price.

Boeing will work with the new administration to control costs on Air Force One as it establishes requirements for the program, a company official tells Aviation Week. 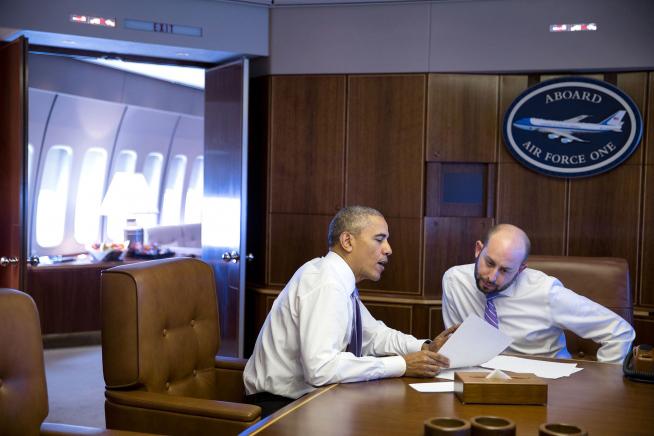 It Is a Flying White House

But the existing VC-35As that ferry the president around the world are no ordinary 747s. The mission of the presidential aircraft is to be a secure, mobile command center from which to run the country—essentially, a flying White House—in the event of a scenario like Sept. 11, 2001.

The legacy Air Force One aircraft have sophisticated self-defense systems. Although Boeing will not publicly disclose the exact systems onboard, it is known that both aircraft—the president needs two so that there is always one available if the other is in maintenance—are nuclear-hardened, so that their electronics can’t be fried by a nuclear blast. The aircraft are also outfitted with electronic countermeasures—including devices that can jam enemy radar—and are able to eject flares to throw heat-seeking missiles off course.

Air Force One must also contain massive amounts of technology onboard, including critical systems to allow the president to communicate with the nation’s nuclear forces. Both aircraft house 85 onboard telephones, a collection of two-way radios, fax machines, computer connections and 19 televisions.

Perhaps most crucially, Air Force One requires airborne refueling capability so it can stay in the air indefinitely. Each aircraft carries 53,611 gal. of fuel and has a gross takeoff weight of 833,000 lb. to enable it to fly halfway around the world in an emergency situation.

In addition, the VC-25A also has a compartment outfitted with medical equipment and supplies for minor medical emergencies. 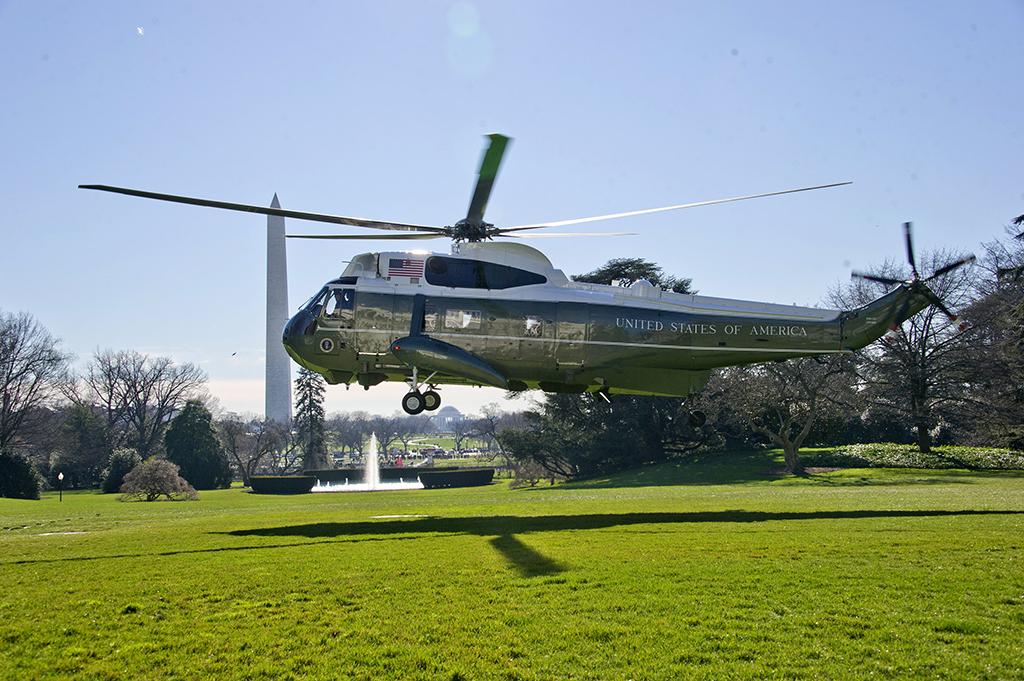 Air Force One Is Not Marine One

Canceling a presidential aircraft program is not unprecedented. In 2009, Lockheed Martin’s replacement for the Marine One presidential helicopter was scrapped after massive cost overruns. But that is where the comparison ends. While Lockheed was four years into development on the VH-71, Boeing has only just begun risk-reduction activities related to PAR. By the time the VH-71 program was canceled, the initial $6.1 billion cost for 28 helicopters had ballooned to more than $13 billion; for Boeing’s PAR, no cost overruns have been recorded so far.

Still, the Marine One saga shows that the Pentagon can successfully restart from scratch. Shortly after the program’s cancelation, the U.S. Navy started over on a new VXX, finally awarding Sikorsky a $1.24 billion contract in 2014 to build six presidential helicopters. A recent GAO report shows no cost growth since then and projects the Navy will spend $4.77 billion on the program overall. A 21-aircraft fleet is expected by 2023. 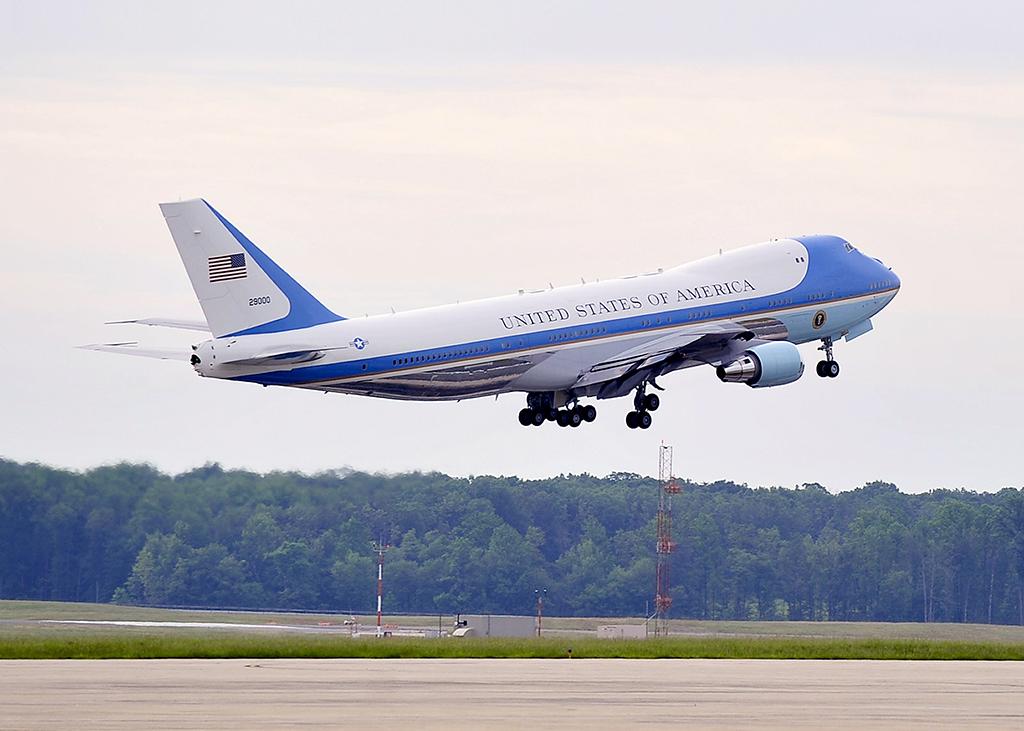 Air Force One is technically a military program, but scrapping the order would ripple through the commercial side of the company. Boeing is having trouble keeping its iconic 747 line going, and in a June regulatory filing the company floated the possibility of terminating production if air cargo market conditions do not improve. In September, Boeing reduced output of the iconic jet to 0.5 aircraft per month from one per month.

Investors are keenly aware of the 747’s dwindling prospects. Boeing’s stock tanked in morning trade immediately after the tweet, dropping by more than 1%. Investors seemed to have shrugged off the threat, however: By the end of regular trading, the stock was back up.