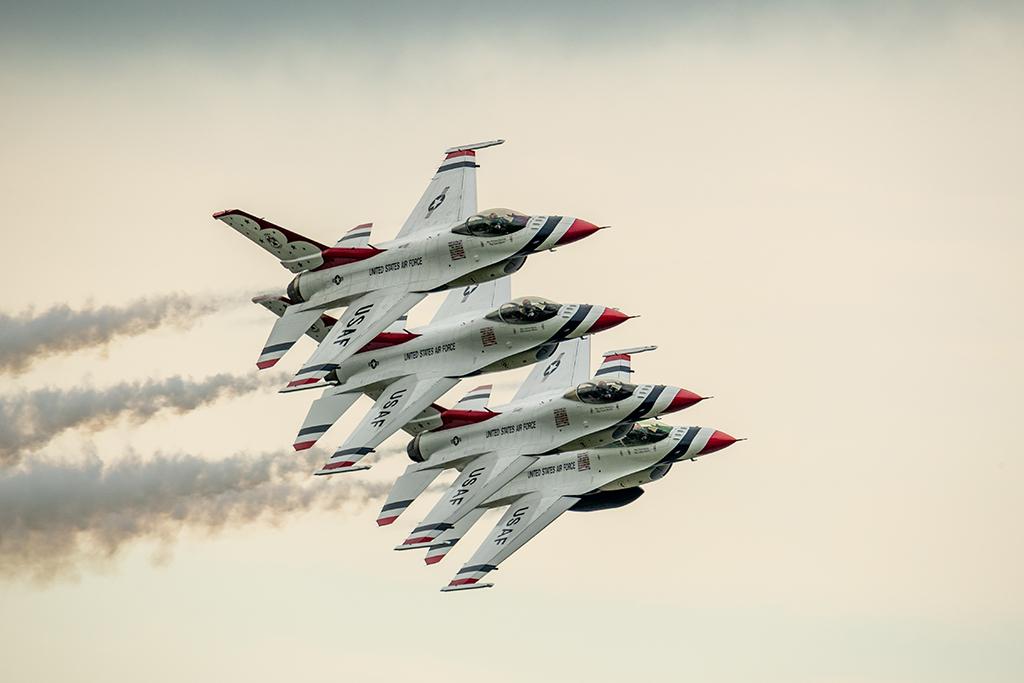 U.S. Air Force Thunderbirds perform in a stacked array at the Dayton Air Show under a cloudy sky. 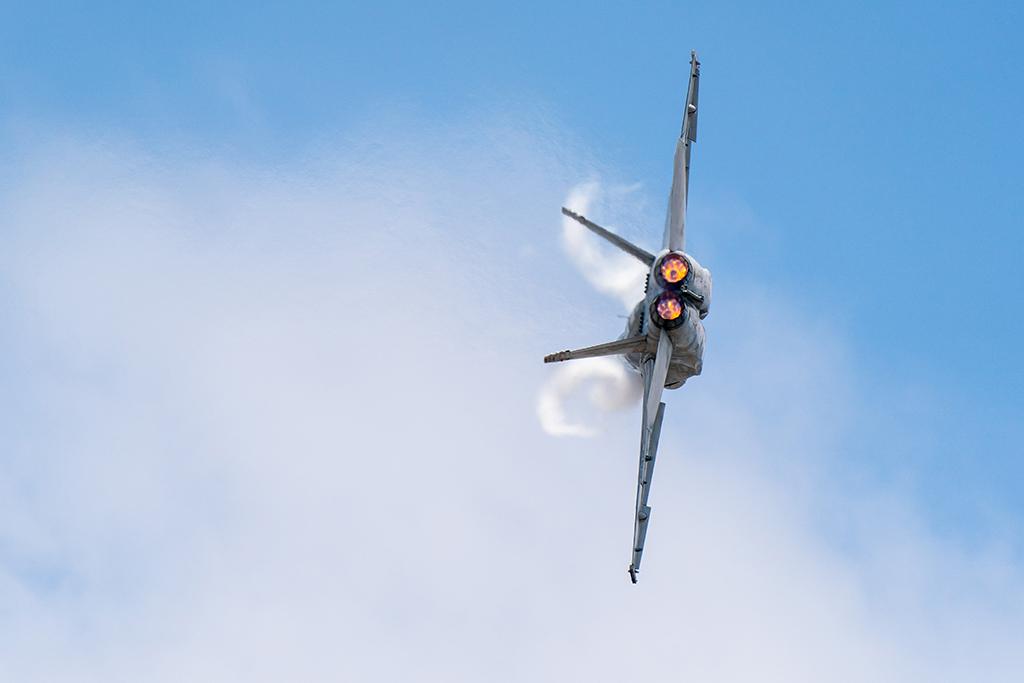 A Boeing F/A-18 during the Wings Over Camarillo Air Show, turning and burning. 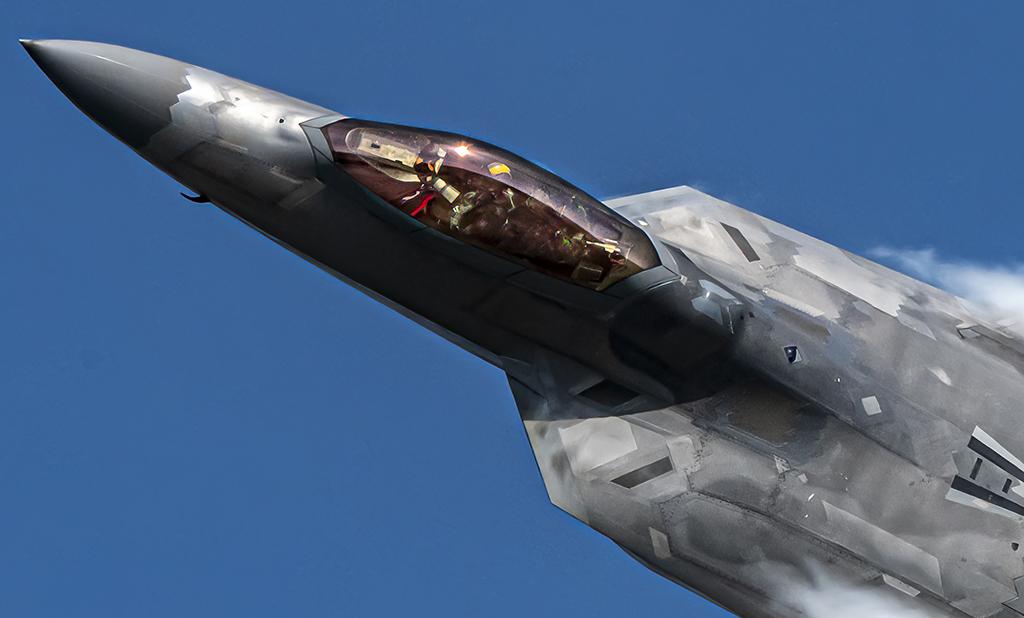 A peek into the cockpit of an Air Combat Command F-22. 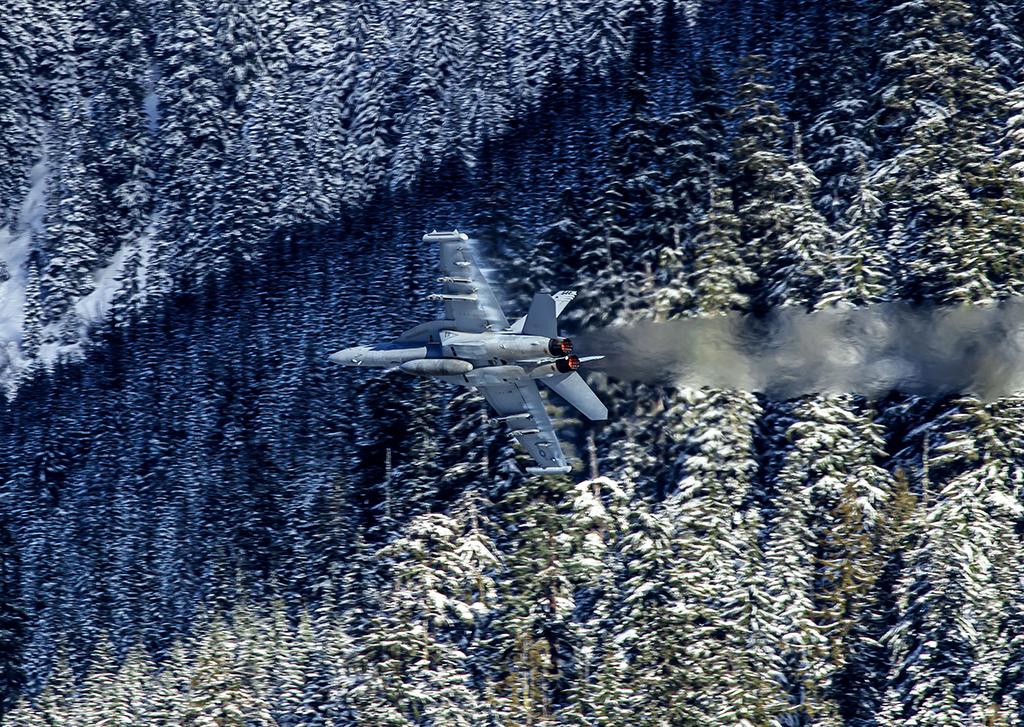 Adding some heat to a frigid scene, a Boeing EA-18G Growler crew from Electronic Attack Sqdn. 129 (VAQ-129) lights the afterburners as they flash past snowbound trees along low-level training route VR1355 in the Cascade Range of Washington. As a fleet training squadron, VAQ-129 is responsible for teaching crews the skills needed to execute the Growler’s electronic attack mission. 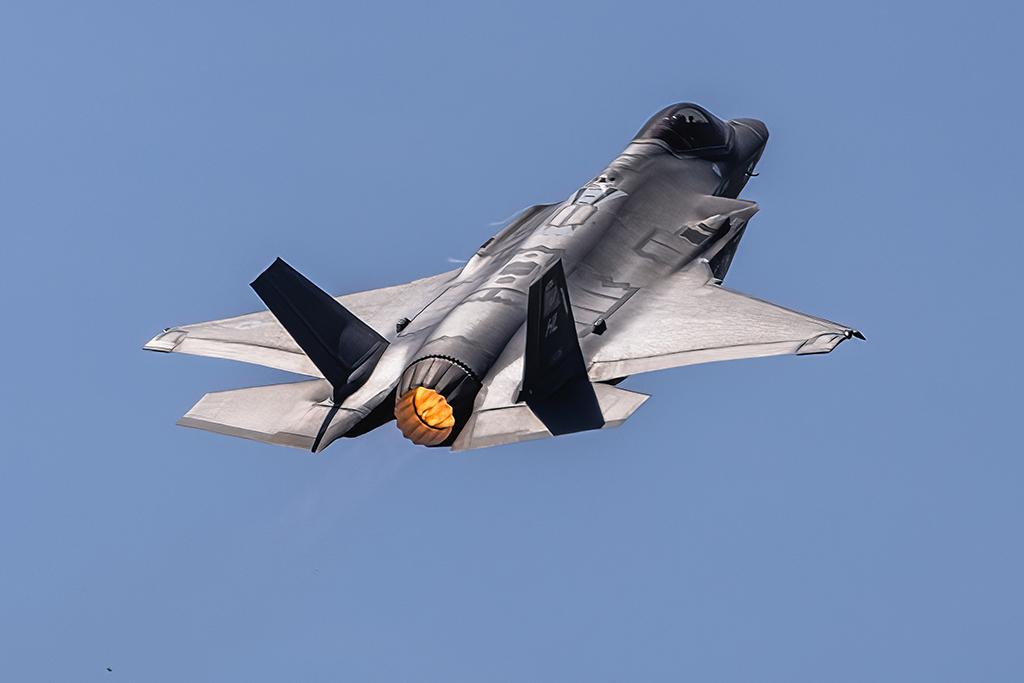 U.S. Air Force Maj. Kristin “Beo” Wolfe, commander of the F-35A Lightning II Demo Team, brings the jet over show center with the afterburner lit in May at the 2021 Atlanta Air Show. 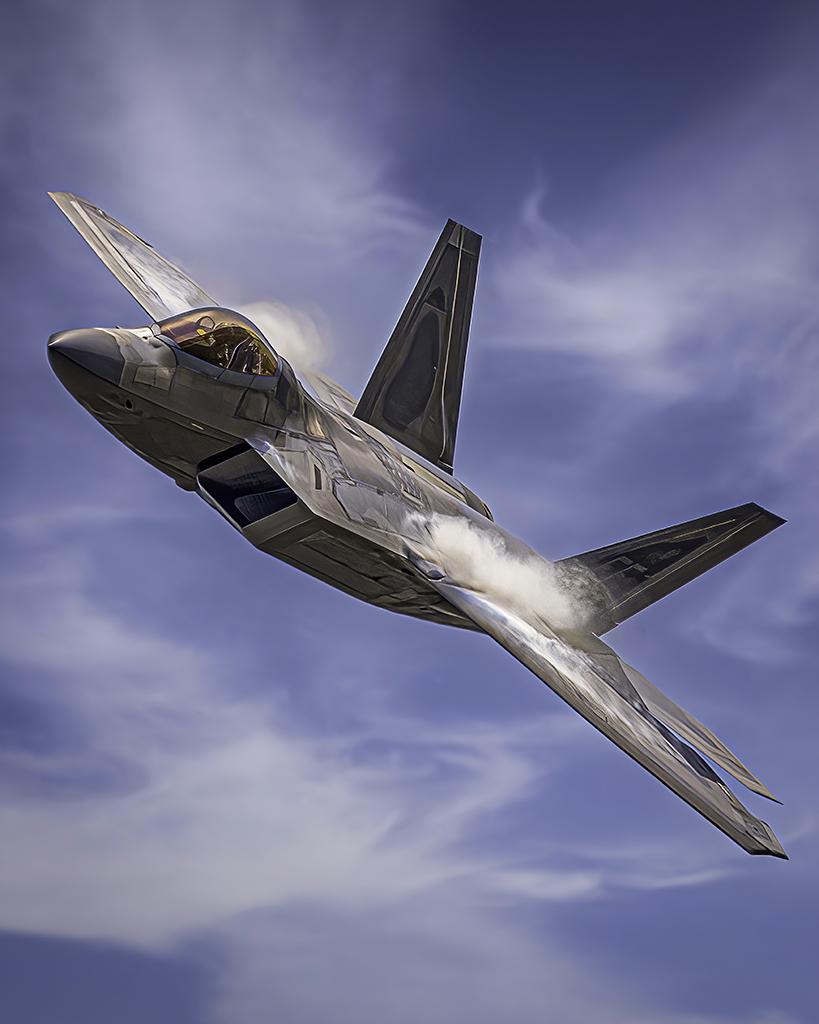 During a practice session, U.S. Air Force Maj. Joshua “Cabo” Gunderson drops in right by the tower I was perched on for this amazing view of his F-22. You can almost feel the sound about to hit you! 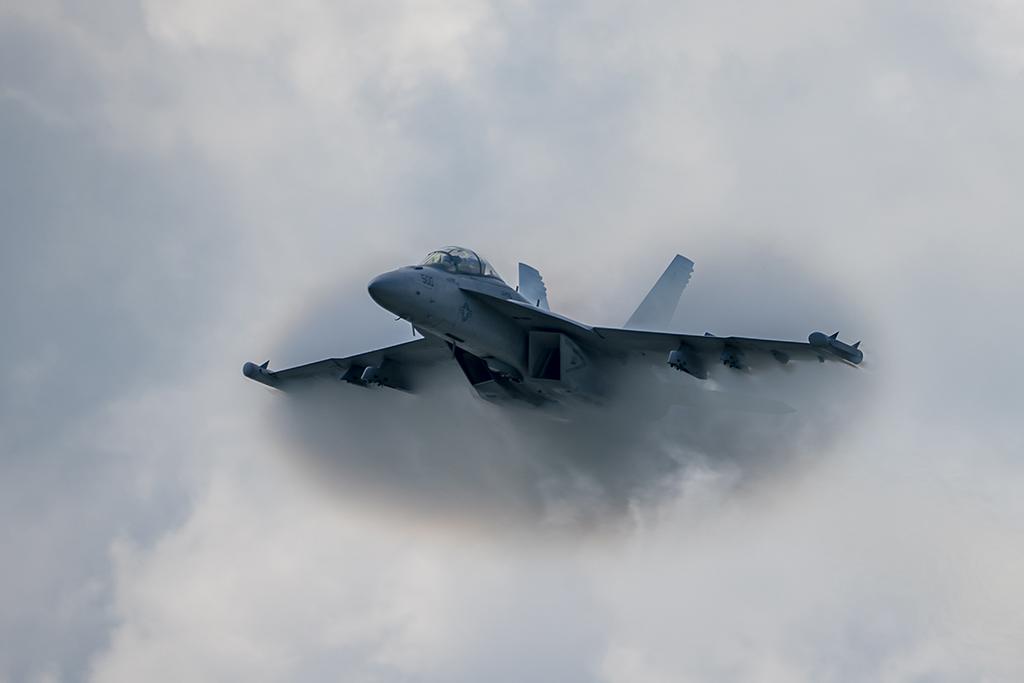 An E/A-18G Growler performs a high-speed pass and shows off vapor clouds after a thunderstorm rolled through the area. 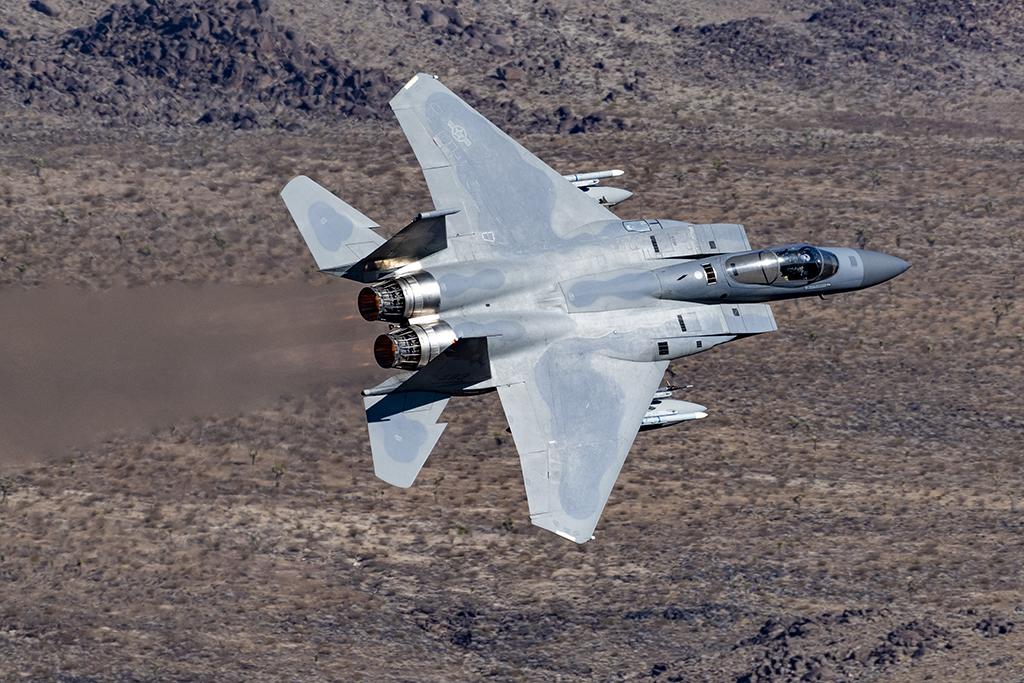 We present this selection of U.S. fighter images from this year’s Aviation Week Photo Contest in honor of the U.S. Thanksgiving holiday.

We’ll be rolling out more galleries next week before revealing the winning photos in the Dec. 6 issue of Aviation Week & Space Technology. Keep checking back for more and visit AviationWeek.com/photo-contest to see all the galleries.