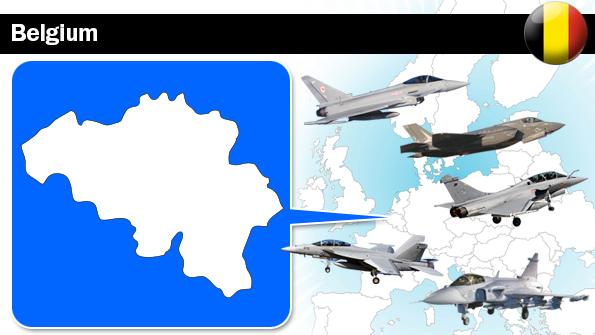 The last of the four European Participating Air Forces—those that purchased the F-16—to examine options to replace it, Belgium wants to purchase 34 new fighters, with first deliveries expected in 2023. Procurement officials are considering the Lockheed Martin F-35, Boeing F/A-18 Super Hornet, Dassault Rafale, Eurofighter Typhoon and Saab Gripen. A selection is expected in 2018. 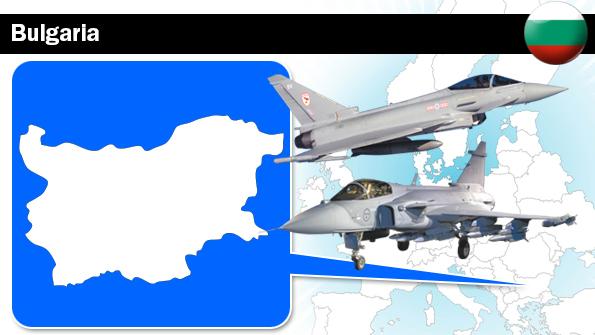 In April, Bulgaria’s government approved a plan to replace its Soviet-era combat aircraft. Options to replace the air force’s MiG-29s range from second hand F-16s and early-production Eurofighter Typhoons to new Saab JAS 39C/D Gripens. Bulgaria is looking for up to 19 aircraft in a procurement expected to be worth around $500 million. 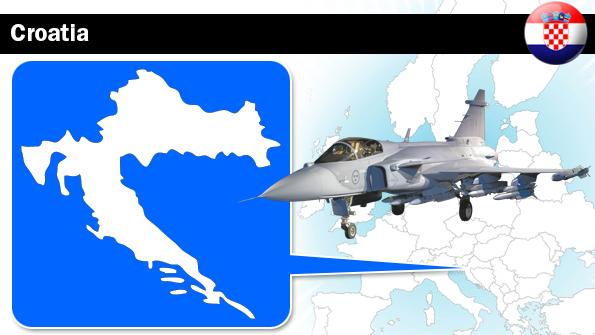 Despite having recently invested in additional MiG-21s from Ukraine, there is a great deal of controversy surrounding the purchase. Several have been withdrawn from service, and there are claims that two of the jets actually belong to Yemen. Croatia is looking at other options and has been making inquiries with Sweden about buying Gripens, perhaps starting in 2019. 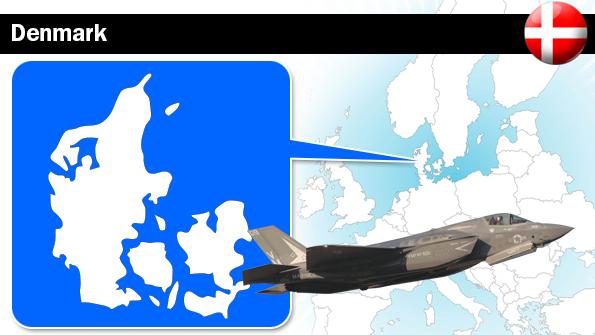 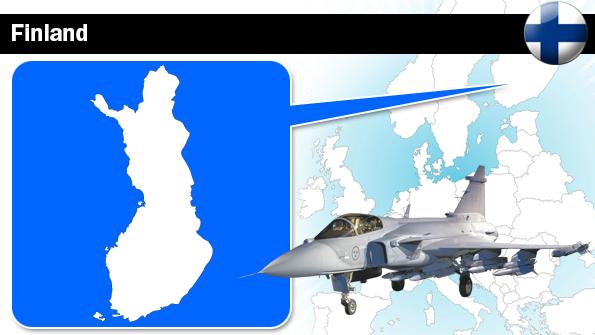 Finnish lawmakers gave the country’s defense ministry the green light to begin studying options to replace the air force’s fleet of F/A-18 legacy Hornets. A decision on a type selection could be made in 2020, and officials have said only Western fighters are being considered. Given the growing bilateral relations between Finland and Sweden, the Saab Gripen may be a favorite for Helsinki. 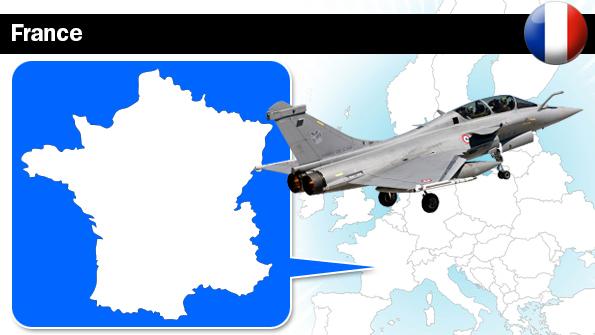 The backbone of the French air force and navy well into the 2030s and 2040s is set to be the Dassault Rafale. Upgraded Mirage 2000Ds will also run on into the 2020s. French procurement agency DGA is considering a midlife upgrade for the Rafale that would include a new version of the Mica air-to-air missile and possible improvements in the aircraft’s low-observability properties. Studies with Britain on a Future Combat Air System for an unmanned combat air vehicle will lead to a demonstrator in the 2020s. 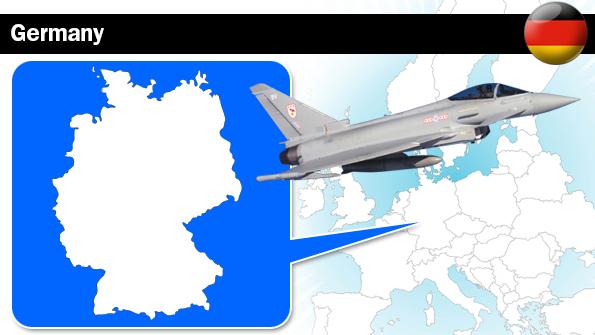 Germany has yet to lay out concrete plans for replacing its Panavia Tornado interdictor/strike and electronic combat/reconnaissance fleets, and industry is preparing to keep the fleet in service until 2040, when the new system, dubbed NextGen WS (Weapon System), is expected to replace it. Germany also plans to add air-to-ground antisurface ship attack and suppression of enemy air defenses (SEAD) capabilities to its Eurofighters in the coming years. 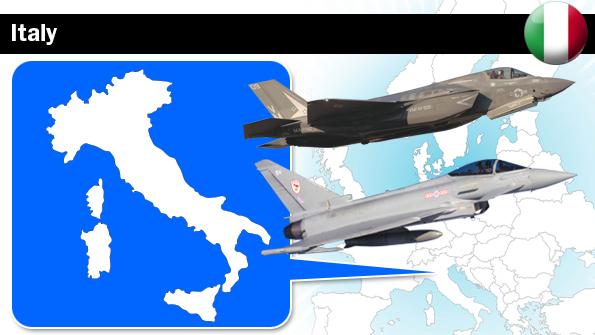 Italy’s combat aircraft fleets are expected to undergo radical change with the impending arrival of the F-35 and planned retirement of the A-1 AMX, Panavia Tornado and the navy’s AV-8 Harriers, leaving the Eurofighter operating alongside the Joint Strike Fighter. 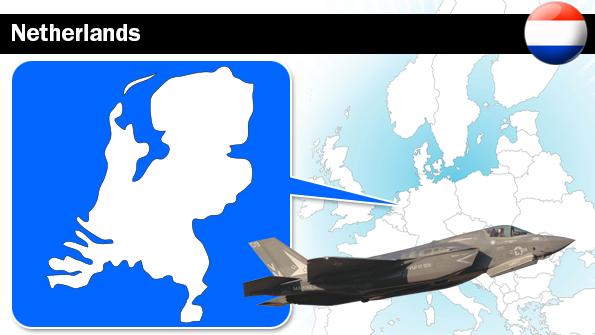 The Royal Netherlands Air Force (RNLAF) finally selected the F-35A Joint Strike Fighter in September 2013, despite having joined the program in 2002. It will buy 37 F-35As, two of which are already in service and recently made the first eastbound transatlantic crossing. The Netherlands is still weighing how it will train its crews, concerned that training in the U.S. may not prepare them for fifth-generation fighters. The RNLAF has sent pilots to Italy to investigate training options there. 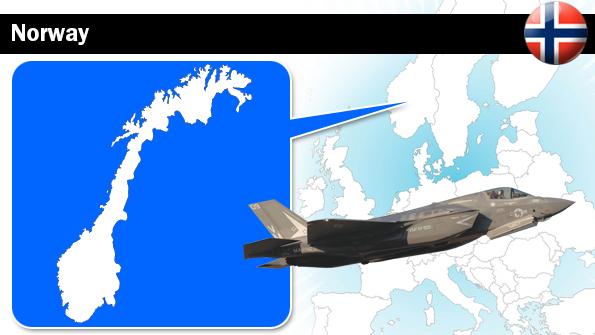 Oslo selected the F-35 in 2008 and took delivery of its first aircraft in September 2015. Norway plans to purchase 52 F-35As at a rapid pace, with all aircraft due to be delivered by the end of 2024, allowing the F-16 to be withdrawn from service. Two Norwegian F-35s are currently operating in the U.S., supporting training. 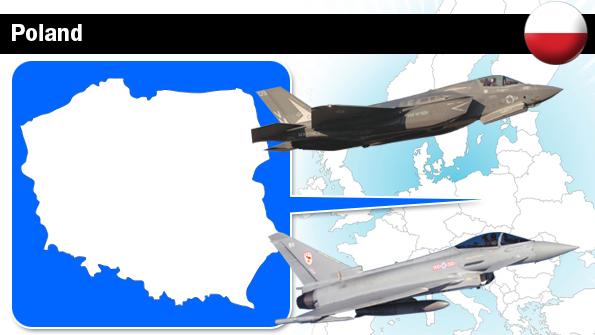 With Poland embarked on wide-scale modernization of its armed forces until the 2020s, the country’s air force is considering what to do with its Russian-built Sukhoi Su-22s and Mikoyan MiG-29s. The air force has already taken delivery of 48 F-16s and is adding a cruise missile capability. One option being considered is the purchase of the light attack version of the Leonardo-Finmeccanica M346 trainer to replace the Su-22s. However, high-end fighters—such as the F-35 and Typhoon—will also be considered. A selection could be made in 2022. 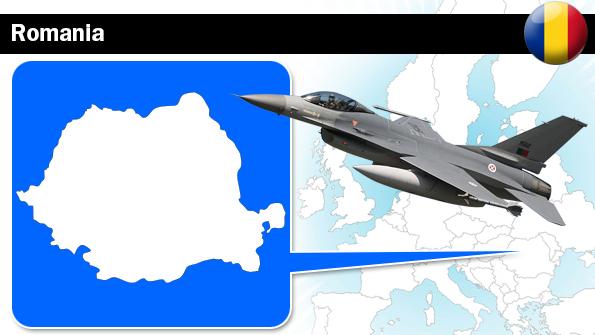 The Romanian air force is preparing for its first delivery of a batch of 12 second hand F-16s from the Portuguese air force this year, as the country looks to replace its locally upgraded Mikoyan MiG-21 Lancers. Initial operating capability is expected in early 2017. A second batch of F-16s, likely from another second hand source, will be ordered in 2017. 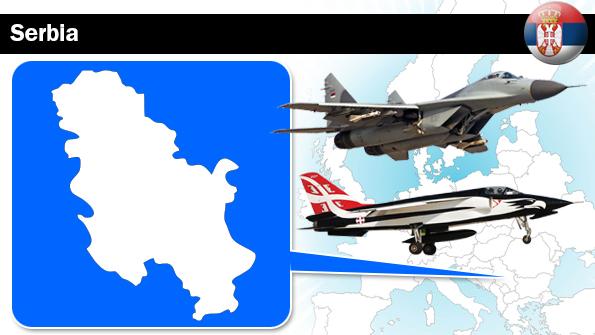 Still strongly aligned with Russia for its defense equipment needs, Serbia’s defense modernization has been a slow and arduous journey. While its air arm remains equipped with Mikoyan MiG-29s and -21s and Soko J-22 Oraos, few are in serviceable condition, and the air force is keen to replace them with a single fleet. The service has looked at new-build MiG-29s, and local industry is offering an upgrade to the J-22, called Orao 2.0. However, no firm decision has been taken. 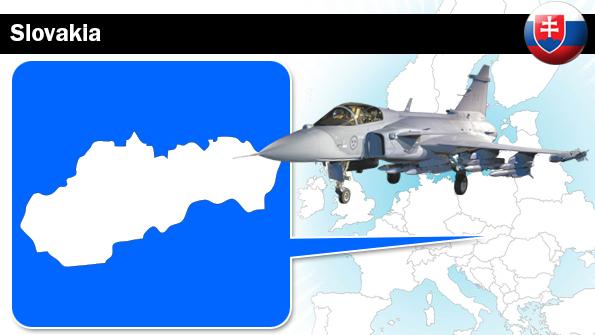 As one of the last Eastern European states still largely reliant on Soviet-era aircraft for its air force, Slovakia has begun a modernization that will include replacing the Mikoyan MiG-29 with  the Saab Gripen, following a path similar to its neighbor the Czech Republic. Negotiations are ongoing. 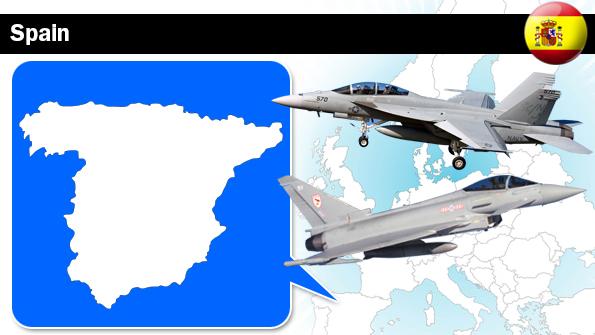 The country’s economic challenges have forced the Spanish air force to scale back on procurements, and it looks set to operate the Eurofighter and F/A-18 Hornet for the foreseeable future. Spain wants to replace its Hornets with an unmanned combat aircraft in the late 2020s or 2030s. The country may also have to consider the F-35B if it wants to maintain a naval fixed-wing fast-jet from its small carrier. Without a decision, Spain could be left as the last nation flying the AV-8 Harrier. 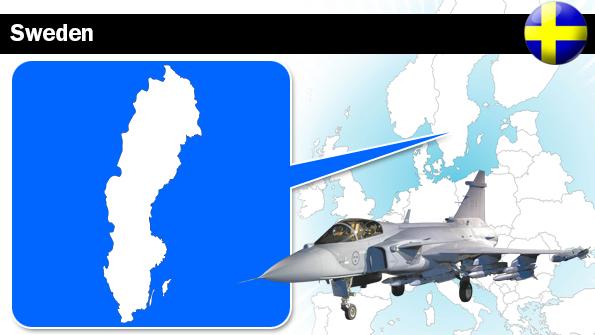 Sweden has elected to develop a new version of its tried and trusted Saab Gripen. The first JAS-39E Gripen was unveiled in May, and Sweden has ordered 60 single-seaters, although Stockholm may buy additional 10 aircraft as part of a defenese spending increase. 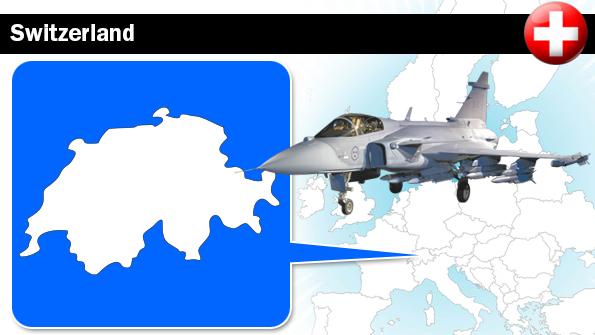 Switzerland plans to restart evaluations for a new fighter in 2017 after its plans to purchase the Saab Gripen were voted down in a public referendum in 2014. The new program will cover the replaceming both the Northrop F-5 Tiger and the McDonnell Douglas F/A-18 Hornet. Selection could be made in 2020, with deliveries planned for 2025. 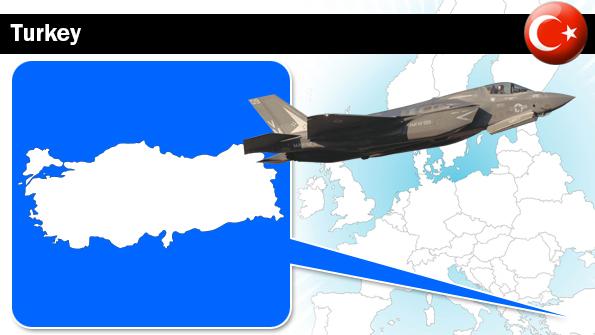 Turkey wants to replace its F-4 Phantoms with the F-35A Joint Strike Fighter and complement that fleet with a new, indigenously developed aircraft, the TFX, the first prototype of which is expected to fly in 2023. The Turkish air force is believed to have selected a twin-engine configuration, and BAE Systems has been selected as the foreign co-partner to develop it. The TFX will eventually replace the F-16 during the late 2020s to early ’30s. Turkey also has ambitions to fly F-35Bs from its new amphibious warfare ships. 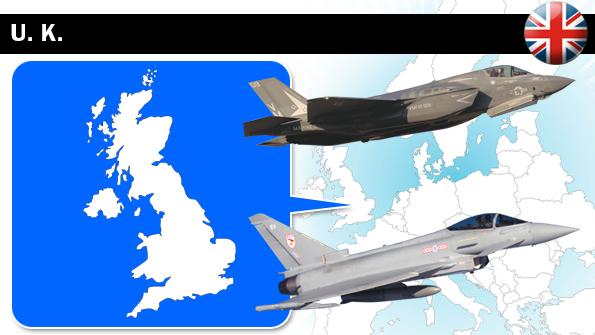 Britain will retire its Panavia Tornado GR4 fleet in April 2019 and add its capabilities onto the Eurofighter Typhoon through Project Centurion, delivering MBDA Brimstone and Storm Shadow missile integration before the Tornado leaves service. Britain also plans to add the e-scan radar to the Typhoon in the early 2020s and says it will retire the Typhoon in 2040. Meanwhile, Britain is taking its first F-35Bs and will rebuild its carrier strike capability using the Queen Elizabeth-class carriers during the early 2020s: It now plans to purchase its full complement of 138 F-35s over the life of the program. The U.K. has also embarked on the Future Combat Air System demonstration program with France.

The importance of combat aircraft within the European air arms has increased in light of Russia’s aggressive stance in Ukraine and elsewhere. New weapons—notably standoff missiles and more advanced sensors—are being integrated onto fighters already in use, and some nations have initiated a search for an altogether new fighter force. Over the next decade, the majority of Europe’s air arms will be reequipped or will begin the process. Of course, some nations are financially unable to step up their fleets.  Here we outline the fighter aircraft plans of 19 European nations—from Belgium to Slovakia.