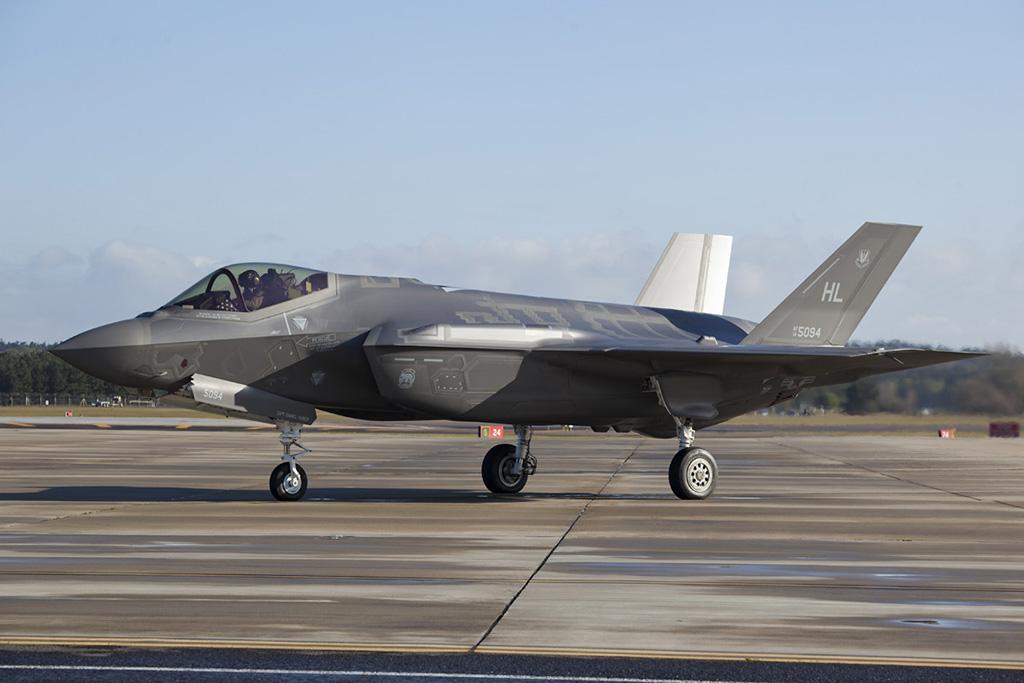 This F-35, one of the two that departed early for the visit to Bulgaria, waits patiently on Lakenheath’s last-chance checkpad for its wingman. They were greeted by Bulgarian President Rumen Radev, a former MiG-29 pilot and squadron commander, and Defense Minister Stefan Yanev. 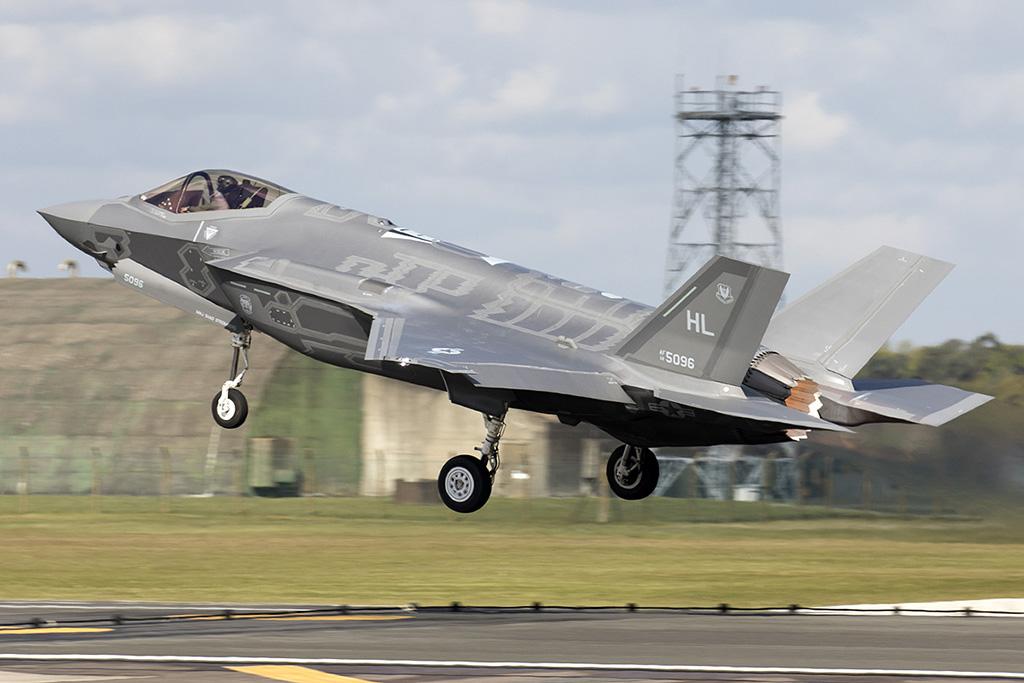 Most F-35 missions operating from Lakenheath have used the dry-power capability of the F135 engine. However, on the morning of Aviation Week’s visit, several used afterburner, allowing them to be airborne long before even the most lightly loaded of the F-15s. The type is noticeably louder than the F-15, however. 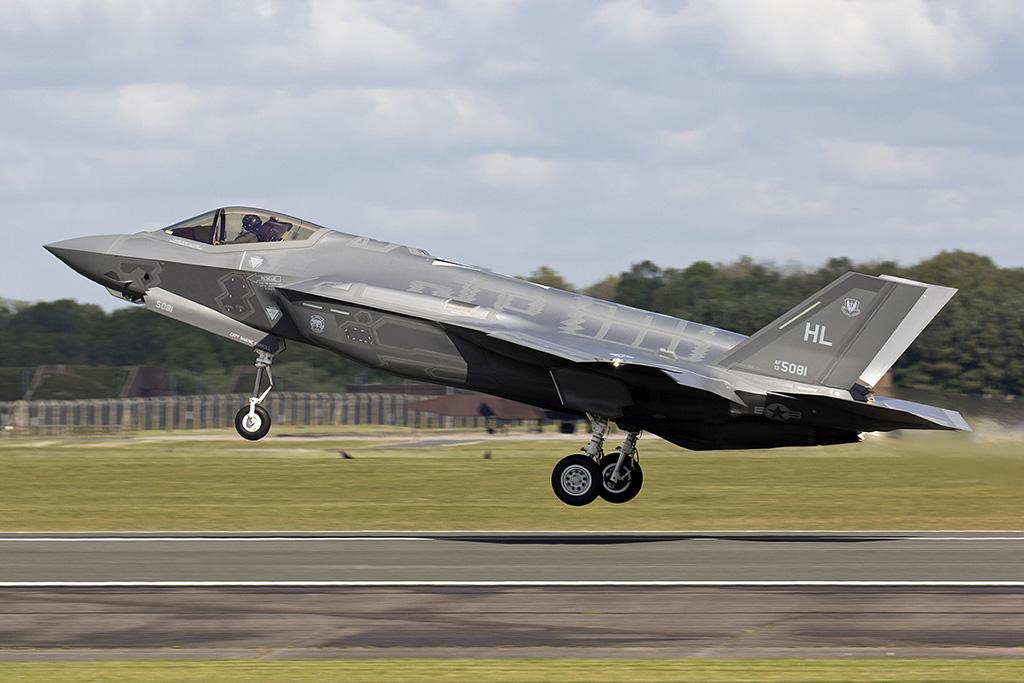 The F-35 deployed to Lakenheath appear to be using a device—possibly a Luneburg lens—fitted in a set of small modules, one on the top side of the fuselage near the back of the main wing and one underneath the fuselage, to increase the F-35’s radar reflectivity during peacetime operations. It is unclear whether this is retractable to benefit air-to-air training. 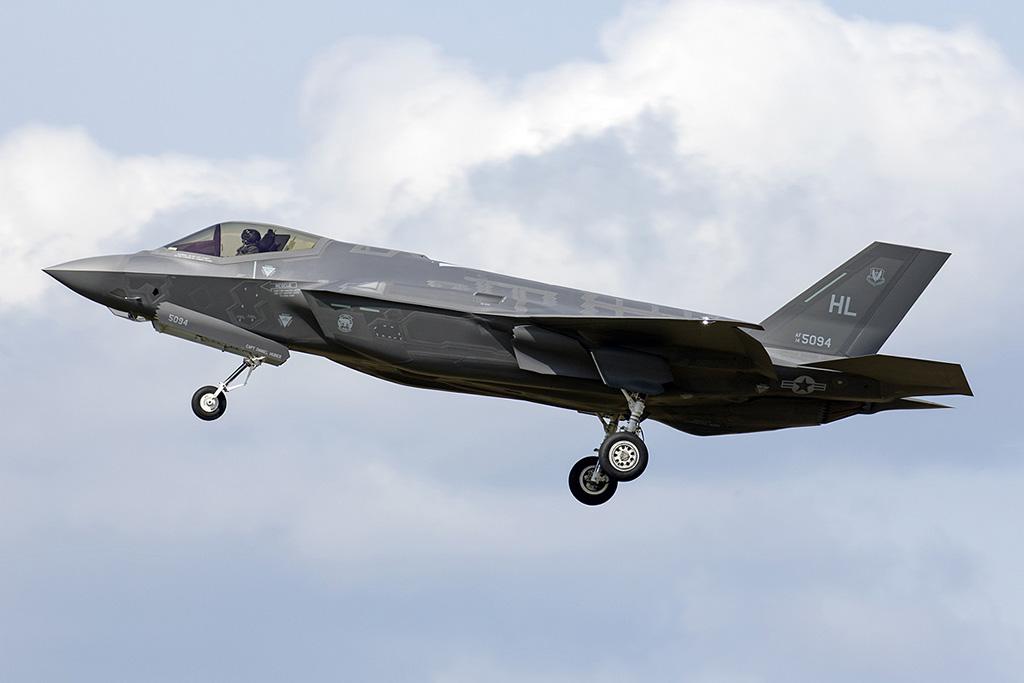 Lakenheath’s squadrons will receive their first F-35s in late 2021, with some 54 aircraft due to be delivered over three years, equipping two squadrons. The base is currently home to two squadrons of F-15E Strike Eagles, a single unit flying the F-15C and a small rescue unit flying the Sikorsky HH-60G Pave Hawk. The Pave Hawk squadron is expected to move to Eastern Europe in the next couple of years. The fate of the F-15C squadron is still to be determined. 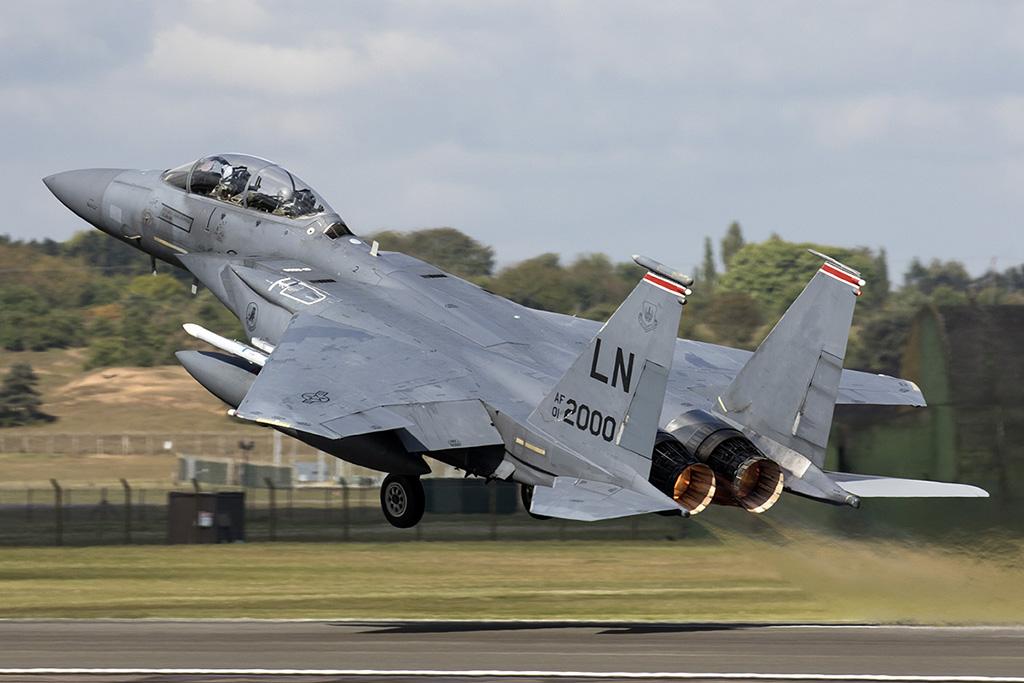 This F-15E Strike Eagle did its best to upstage the F-35s with an impressive performance on takeoff. The Beagle bears the red-and-white tail stripe of the 494th Fighter Sqdn. 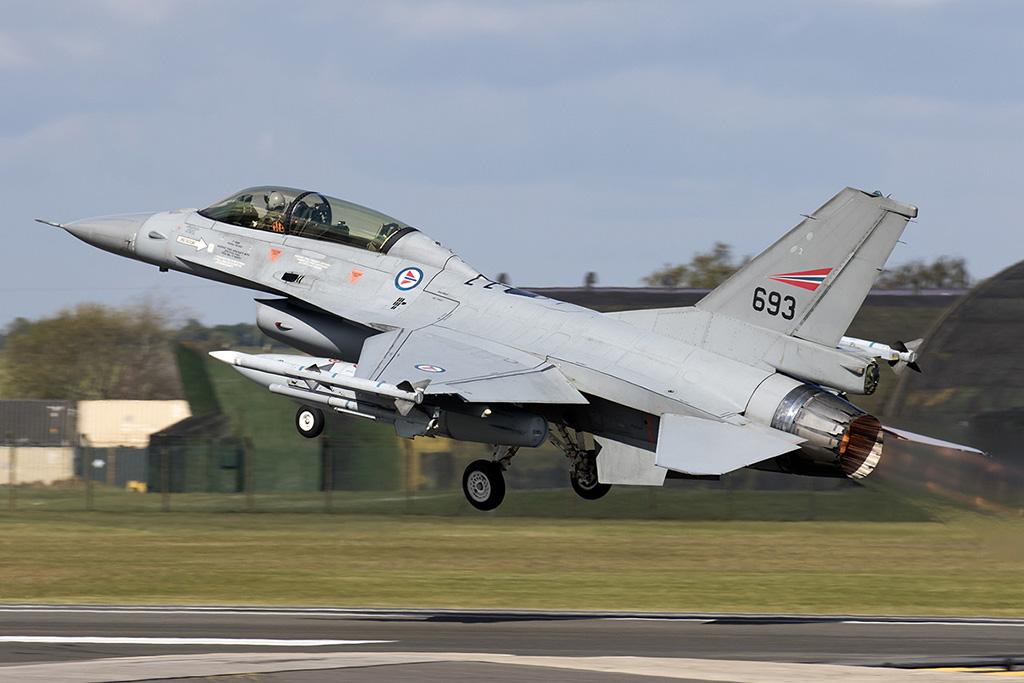 This Royal Norwegian Air Force F-16B Fighting Falcon was one of a pair deployed briefly to Lakenheath to conduct air-to-air training with the F-35s. Norway is one of the nations purchasing the F-35 and is set to take delivery of its first aircraft in-country later this year. Norway’s fleet will be home-based at Orland. 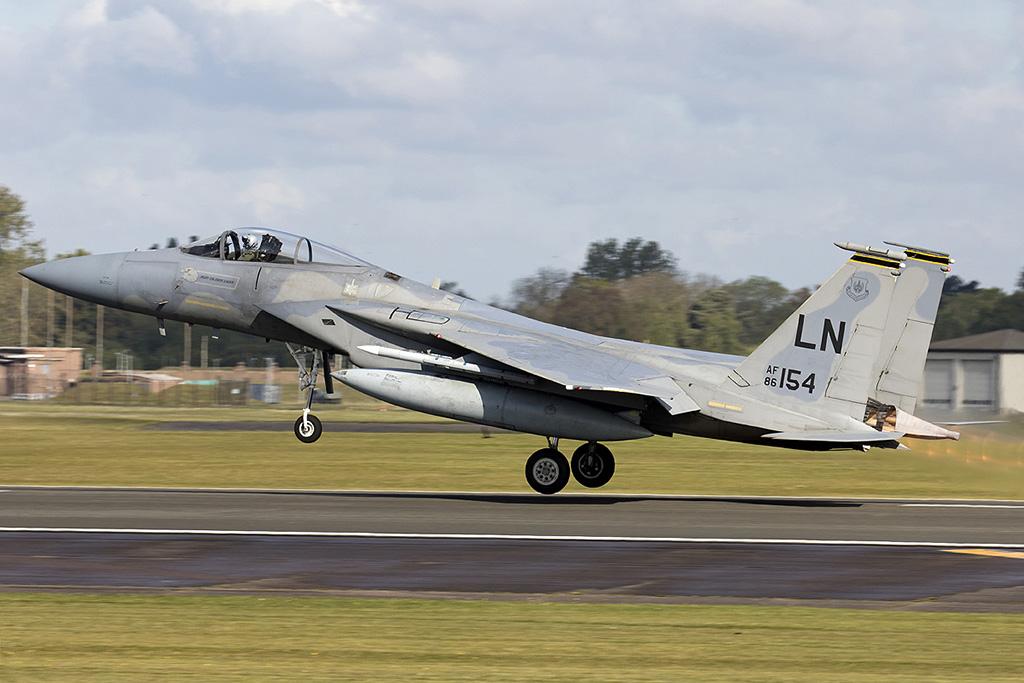 The Lakenheath F-15C participated with the F-35s in air-to-air combat training. The F-35s also worked with Dutch F-16s and British Eurofighter Typhoons.

The first deployment of the F-35 to the UK has stirred up huge interest from enthusiasts in the nation. During each day of the deployment to RAF Lakenheath, hundreds have turned out near the perimeter fence to catch a glimpse of the fighters that will become an everyday part of the base from late 2021. The Royal Air Force has not said how long the deployment will last, but the eight aircraft have been busy flying 6-8 sorties a day since April 19. Pairs of F-35s have also made day trips to Estonia’s Amari AB and Bulgaria’s Graf Ignatievo AB. On April 28, Aviation Week joined a small group of photographers to witness the morning launch of six aircraft, including the two that flew to Bulgaria.