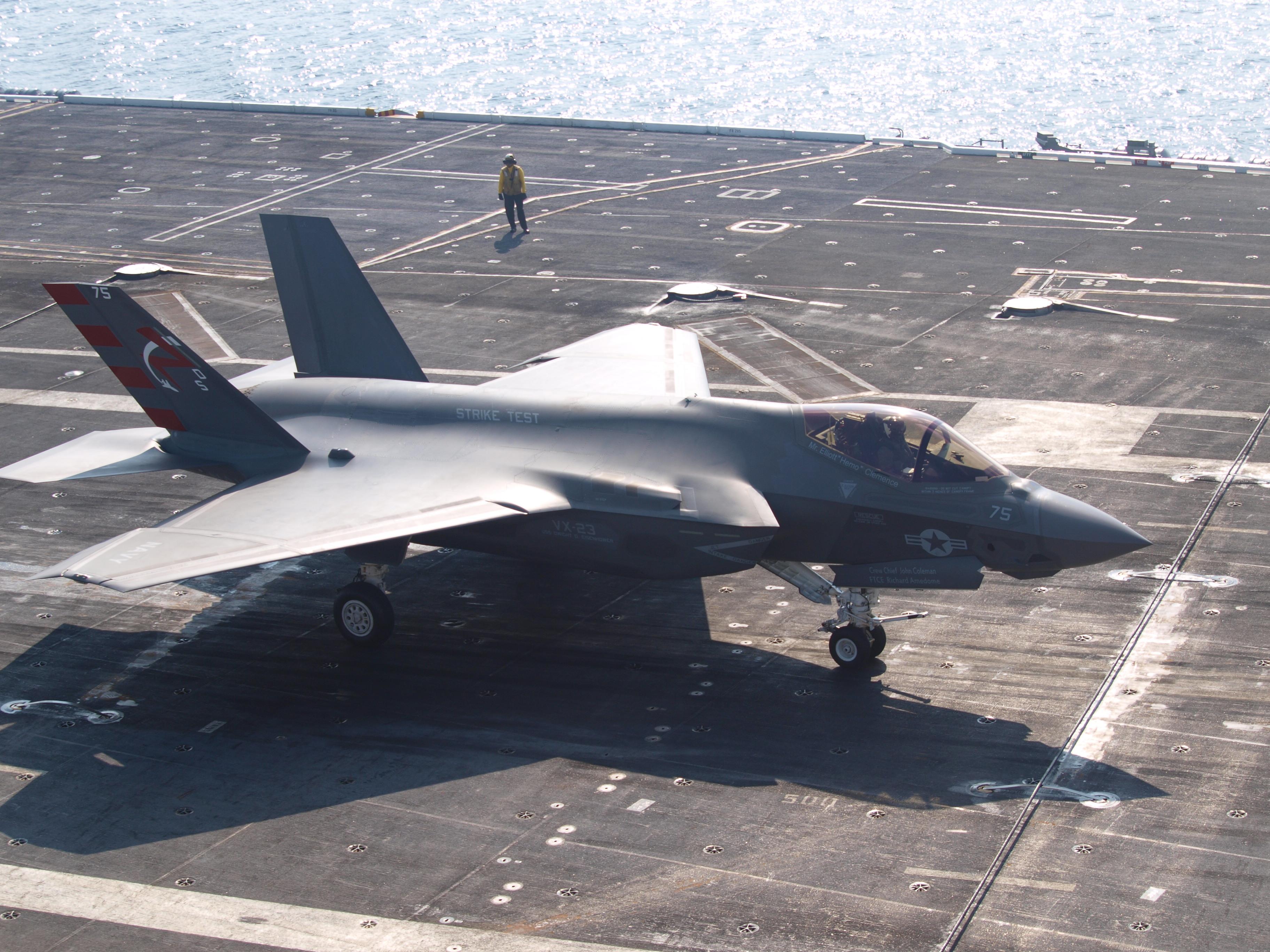 The tests are meant to show F-35C carrier suitability and integration during at-sea operations. The Navy wants to gradually expand that aircraft operating envelope while the service prepares for initial operating capability (IOC) in 2018. The simulated internal missiles included guided bomb units and Joint Direct Attack Munitions, says Cmdr. Christian Sewell, one of the test pilots. 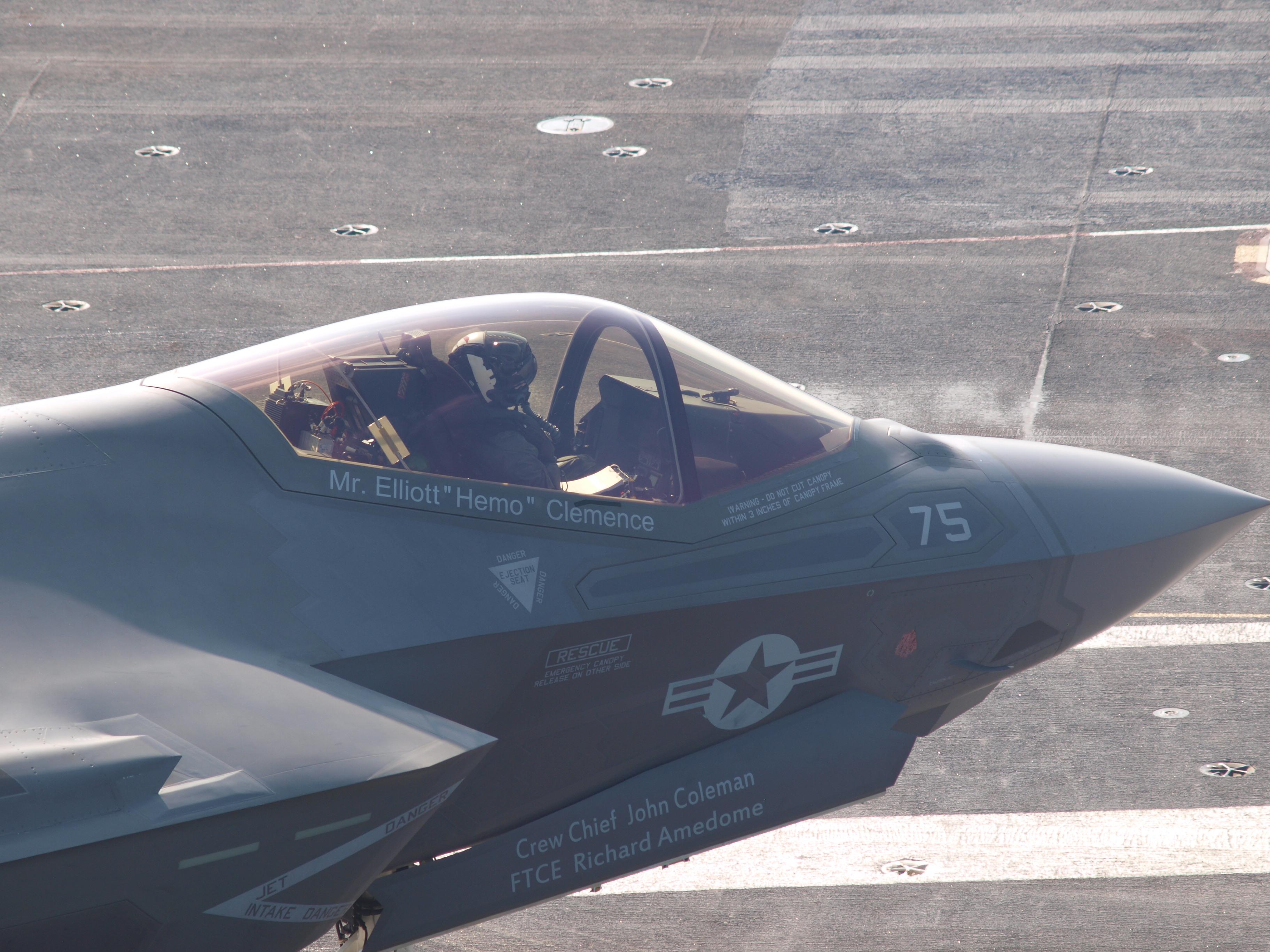 “This is a really big test for us,” says Rear Adm. John Haley, commander of the Naval Air Force Atlantic. "You have to determine what the envelope is. How fast do you need to go? It’s one of the tests that creates the most 'pucker' factor.” 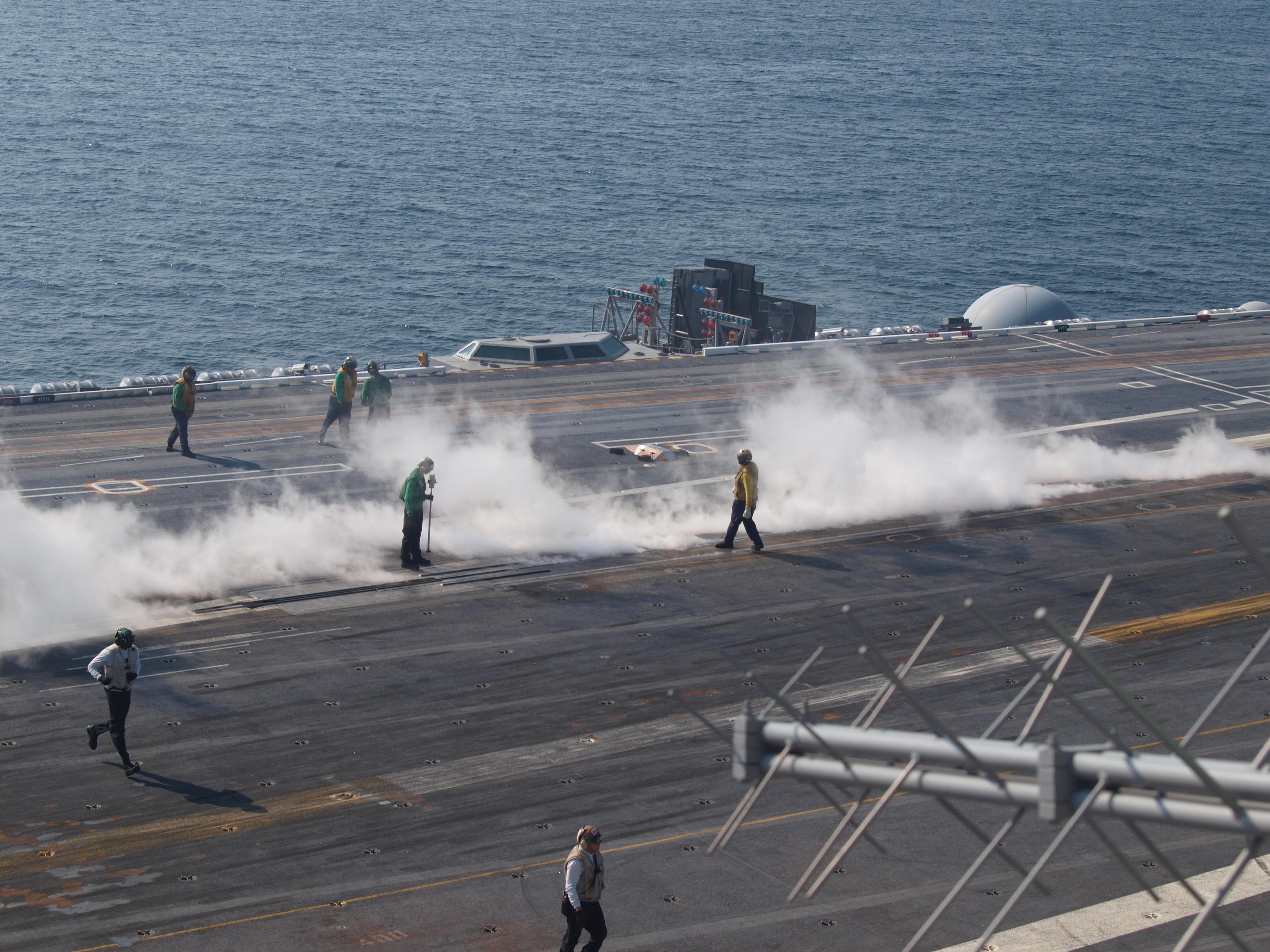 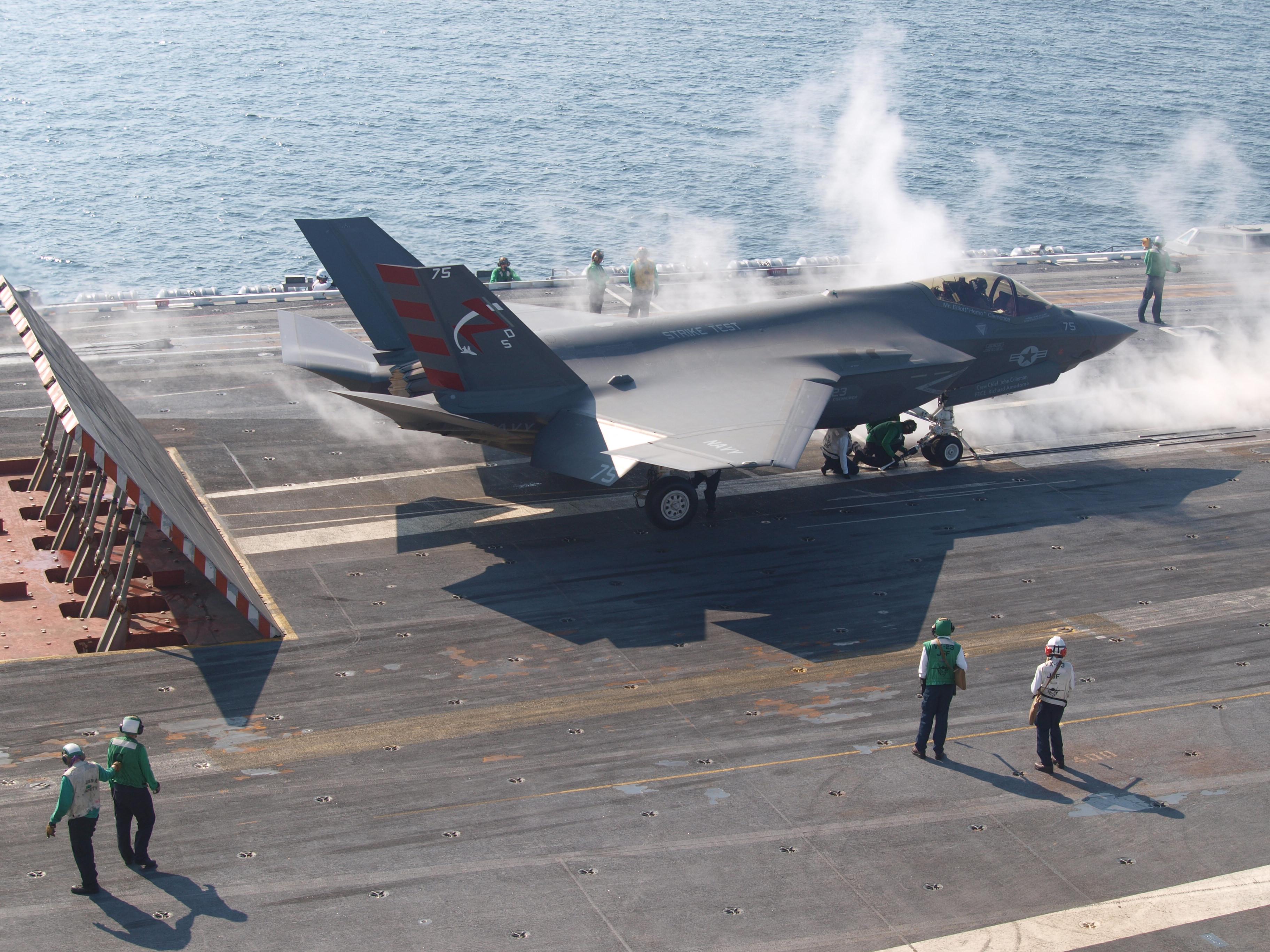 Crews aboard the ship have seen little difference between handling F-35Cs and F-18 Hornets or Super Hornets, says Capt. Stephen Koehler, Eisenhower commanding officer. “It taxis well,” he says. “It doesn’t do anything we’re not used to.” 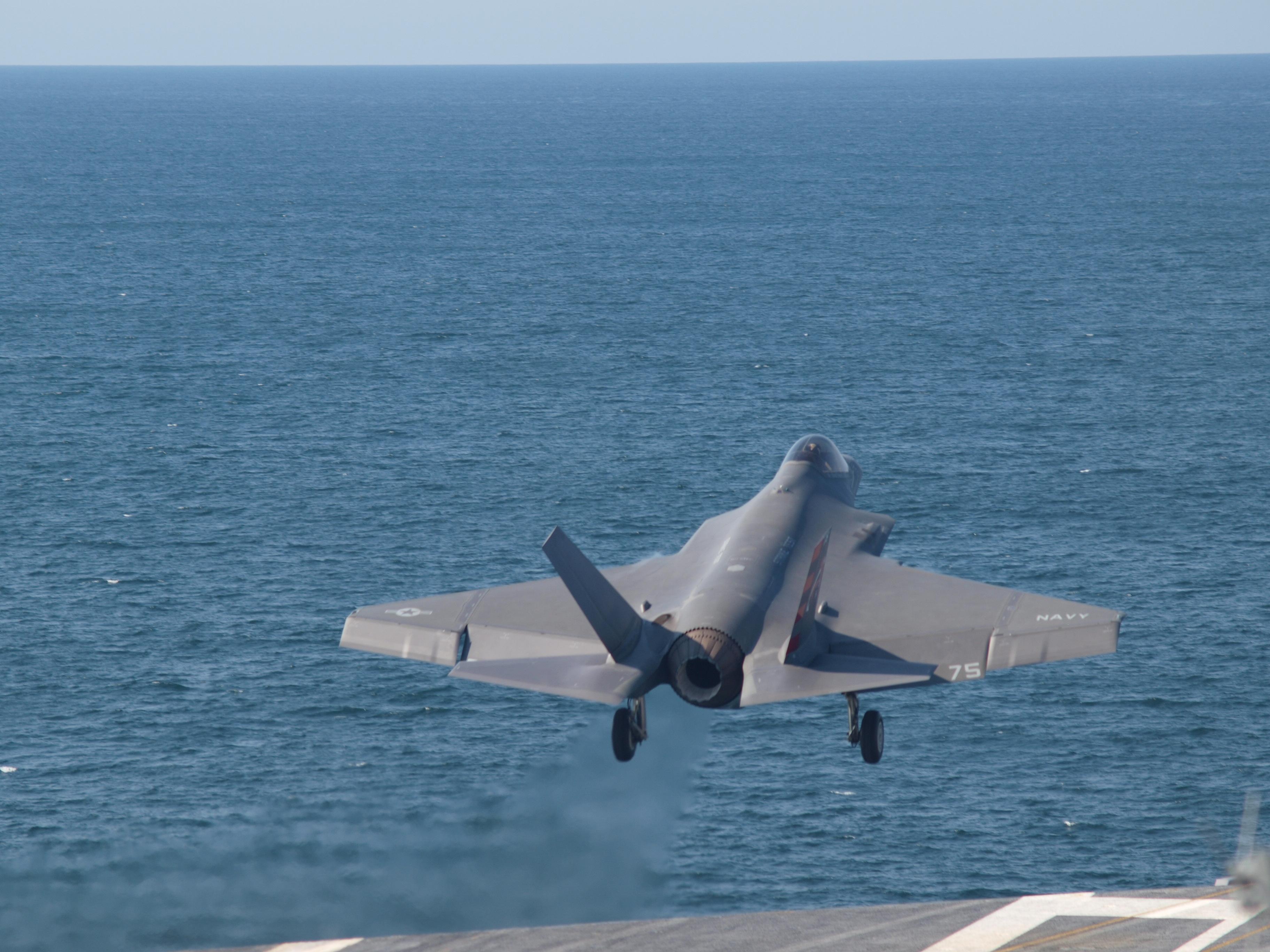 The F-35C will add a fast, lethal and survivable set of sensors to provide to the satellites, ships and other aircraft connected to a strike group the kind of situational awareness needed to operate in some of the more heavily defended areas, Navy officials say. “Data management is where it is these days,” says Capt. Stephen Koehler, commanding officer of the CVN 69 USS Dwight D. Eisenhower 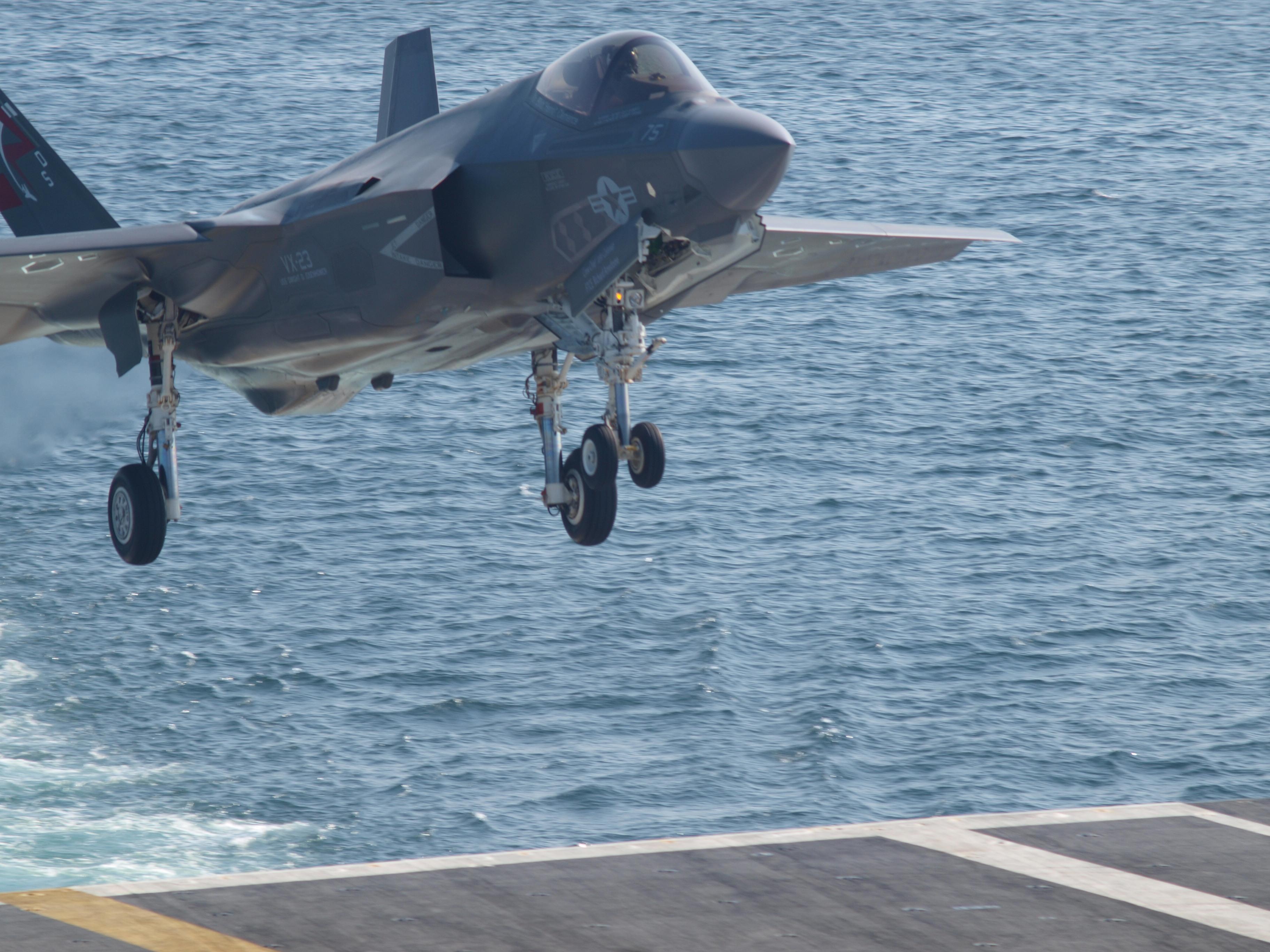 While many F-35 supporters boast about its stealthy features, the aircraft’s sensor and communications systems are of greater importance for naval officials. 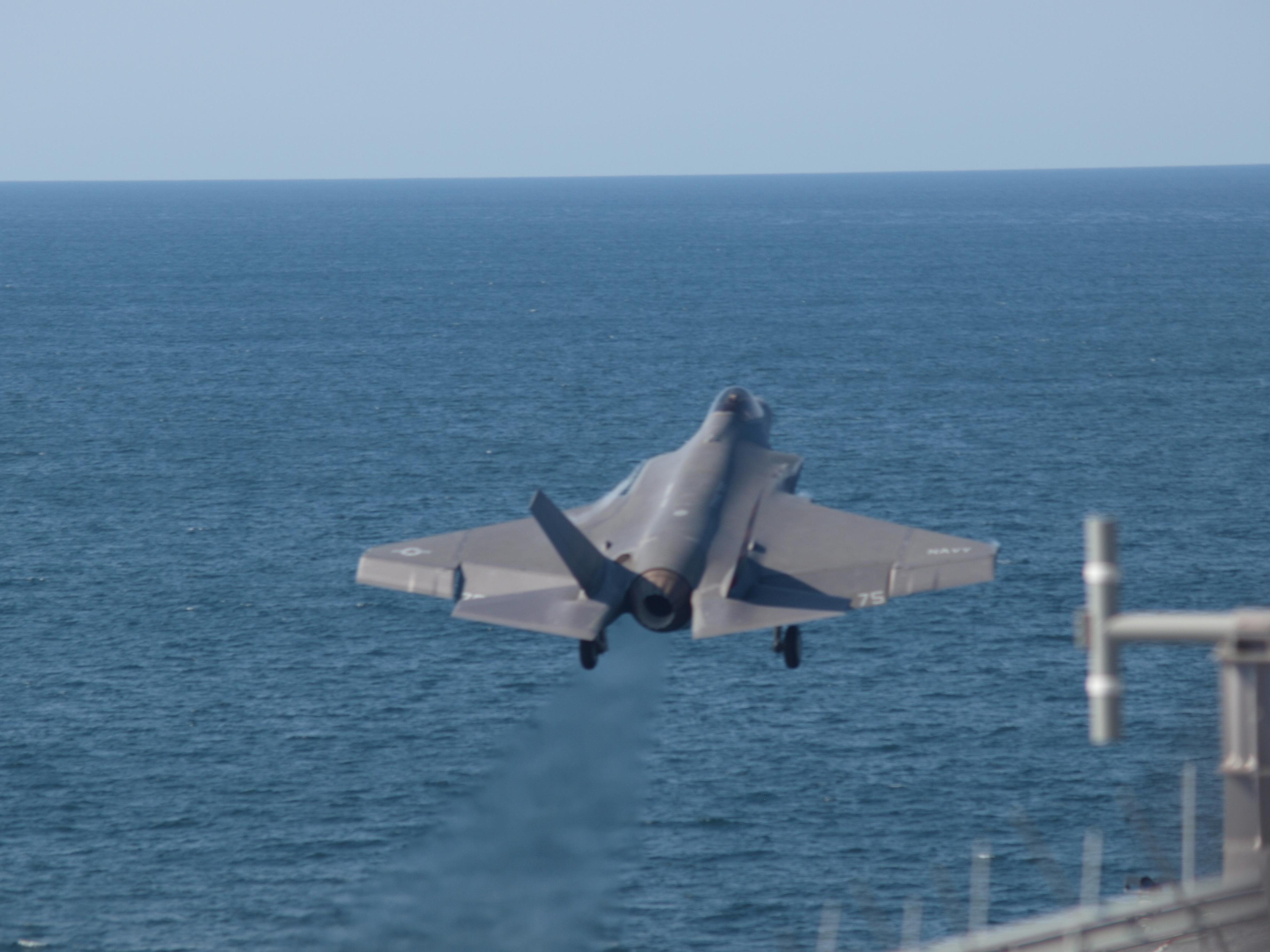 “It’s not about stealth,” says Rear Adm. John Haley, commander of the Naval Air Force Atlantic. “It’s about the entire aircraft. It will change dramatically our tactics for the ship and the battlegroup.” 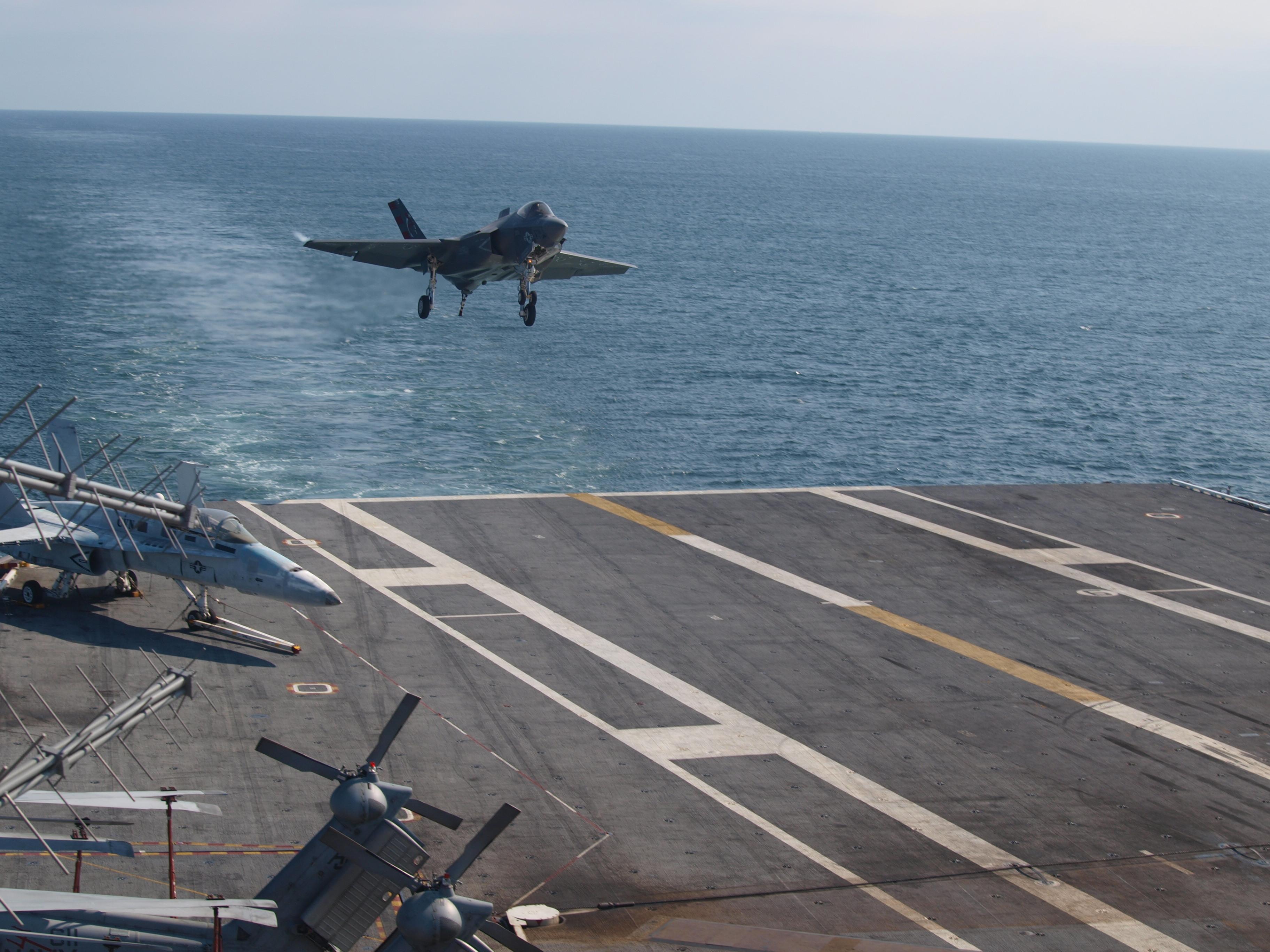 Some military analysts have questioned the aircraft’s ability to conduct close-contact aerial dogfights, but Haley says the F-35C’s sensors will make it possible to shoot an enemy aircraft before it can get that close. “You’ll be able to detect him. He’s not going to be able to detect you. With the sensors, I will have the capability to shoot at a longer distance. We’re going to change our tactics. Instead of just doing ISR [intelligence, surveillance and reconnaissance] or strike, we’ll be doing those at the same time." 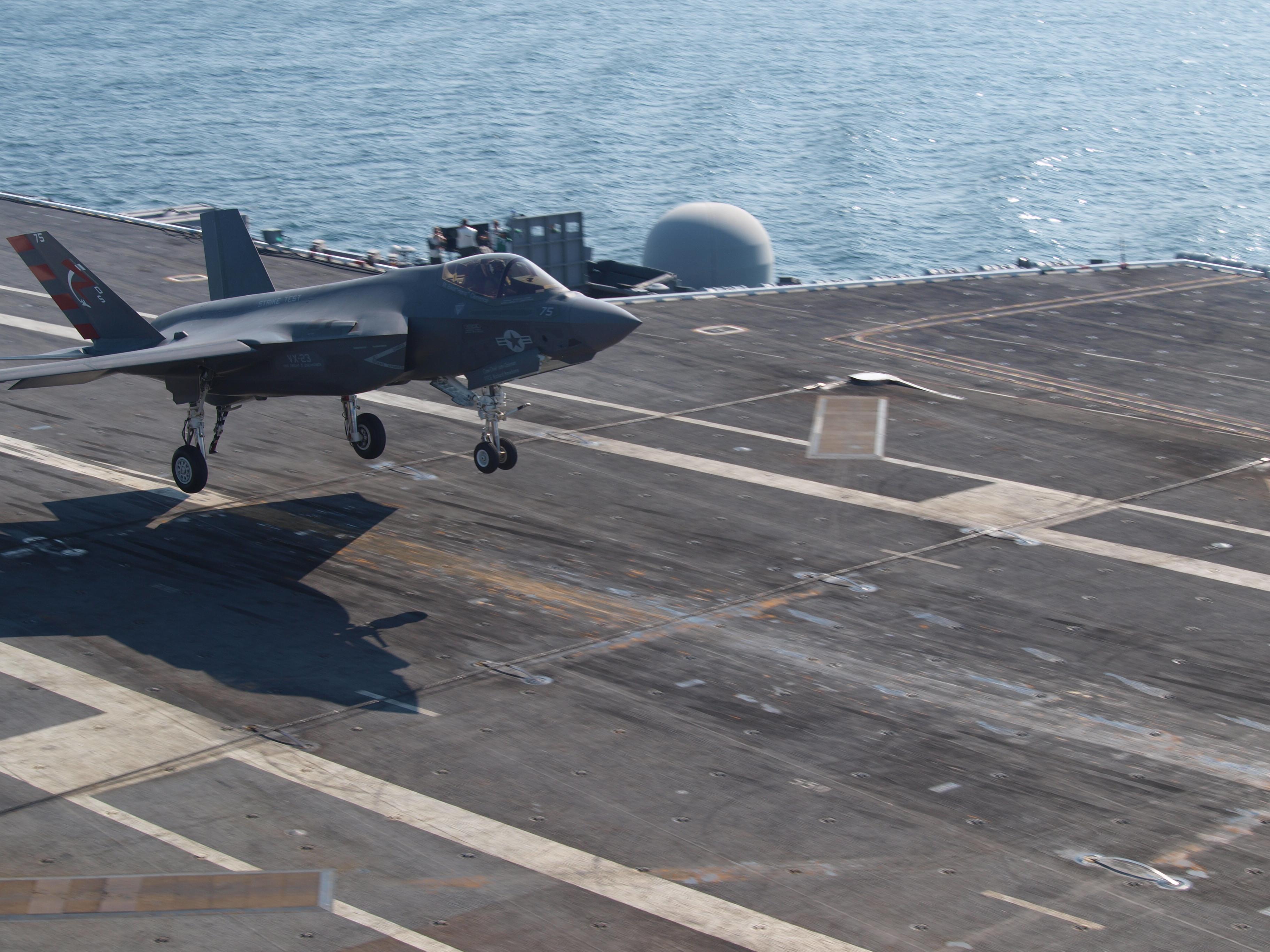 But, Haley says, “It’s not going to be a wall of F-35s. There will be a mix of aircraft. That’s one of the lessons we learned in World War II—if you go alone, you’re going to die. if you were going to tell me we’re doing away with [Super Hornets], or that we are doing away with Growlers and the only thing we’ll have are the F-35s, then I become lukewarm. Anyone who says that [it] is the master of all trades, well, I would say they are smoking dope.” 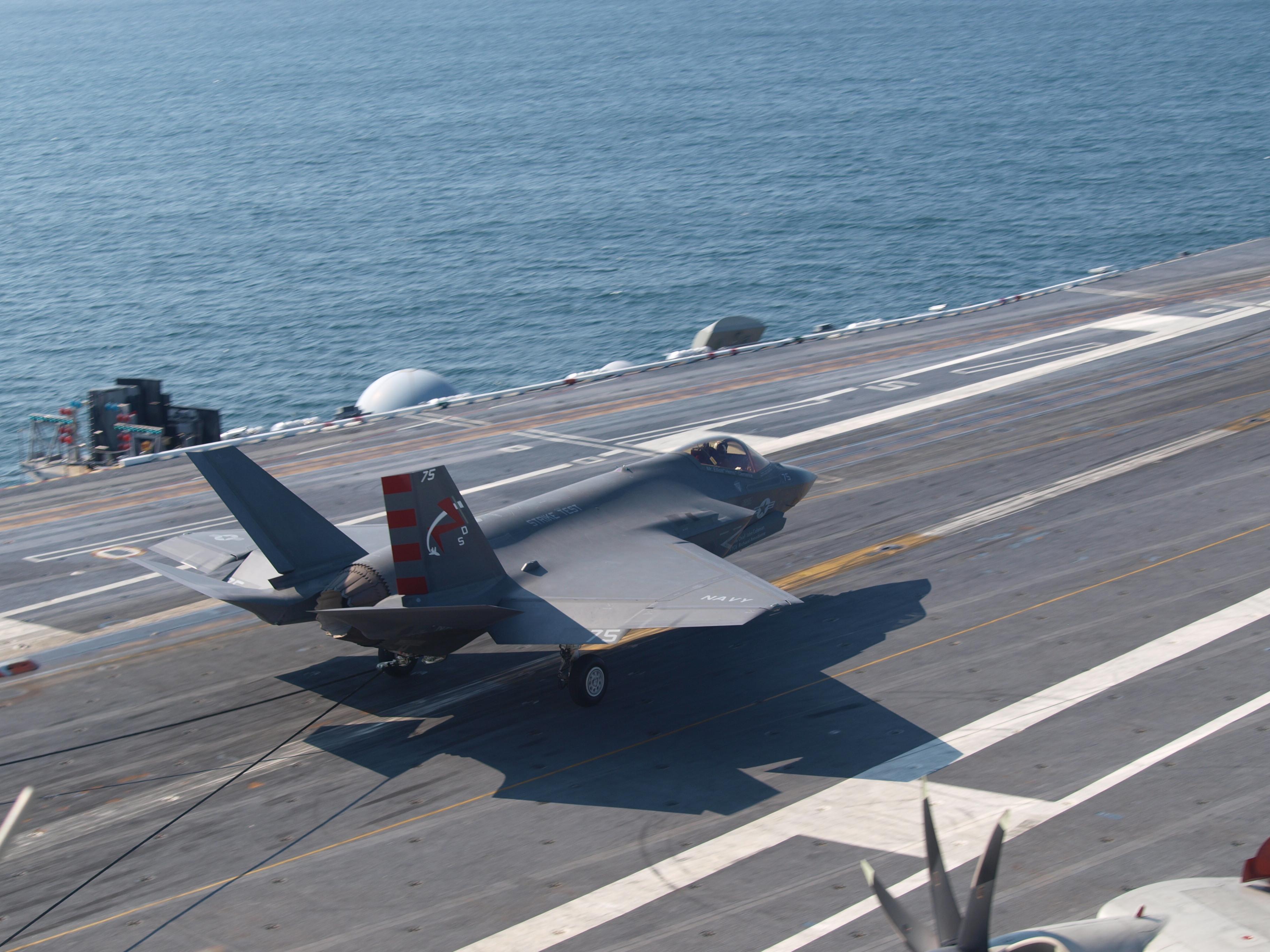 Still, Haley points out, the ability of the aircraft to do so many things will be unique to a naval aircraft, and only after younger pilots—who have grown up operating game controllers and related equipment—get a chance to test and fly the aircraft will the service learn the full extent of new possible operational concepts. 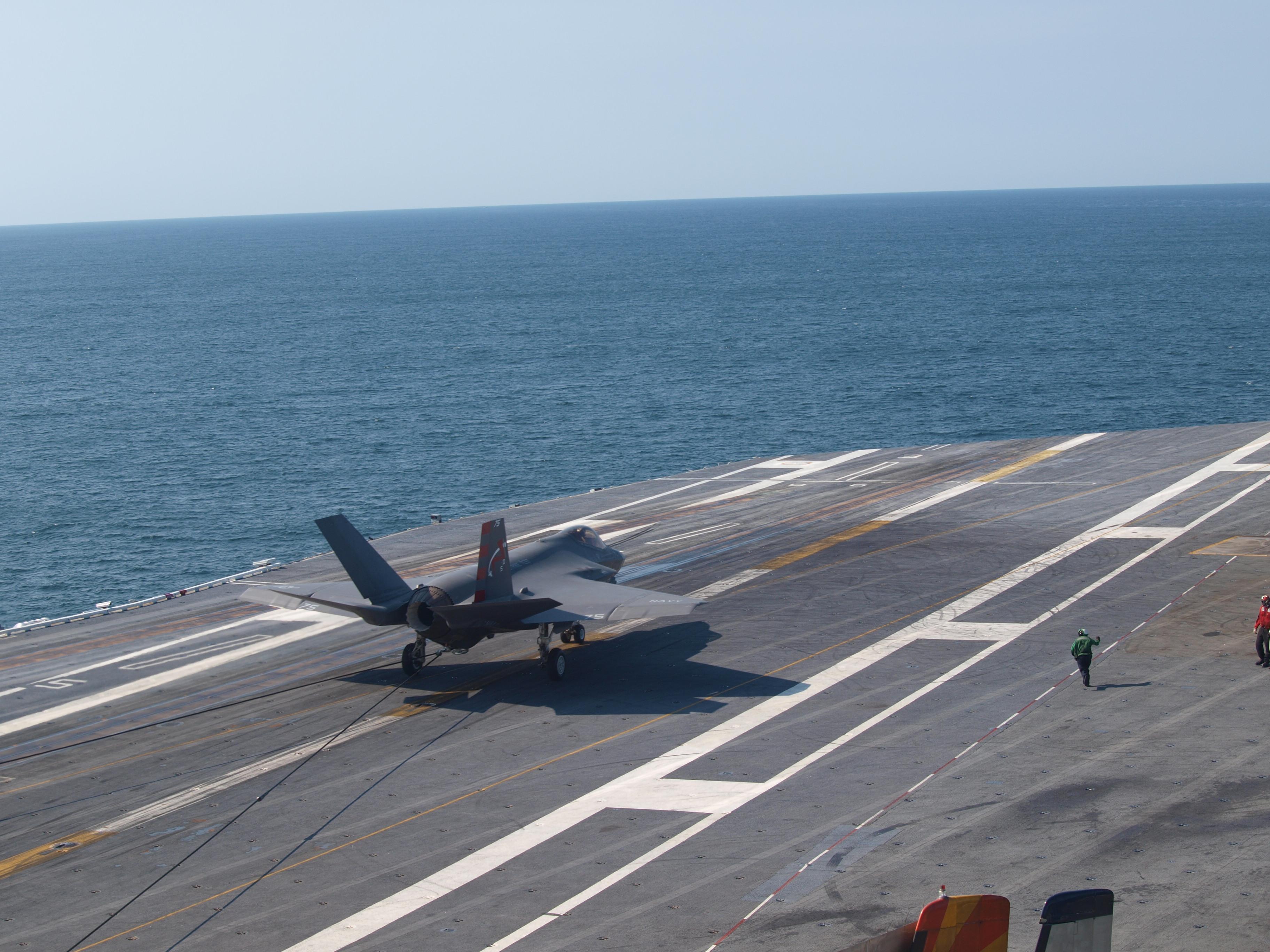 “We don’t know now half the tactics we are going to develop with this aircraft," Haley says.

U.S. Navy test pilots put F-35Cs through their paces for military- and maximum-level launches with simulated missiles in early October aboard CVN 69 USS Dwight D. Eisenhower, off the Virginia Coast. The aircraft were laden with gross weights equaling internal weapons to prove out the Joint Strike Fighter’s (JSF) carrier-speed needs during the lowest and highest “energy” catapult shots.