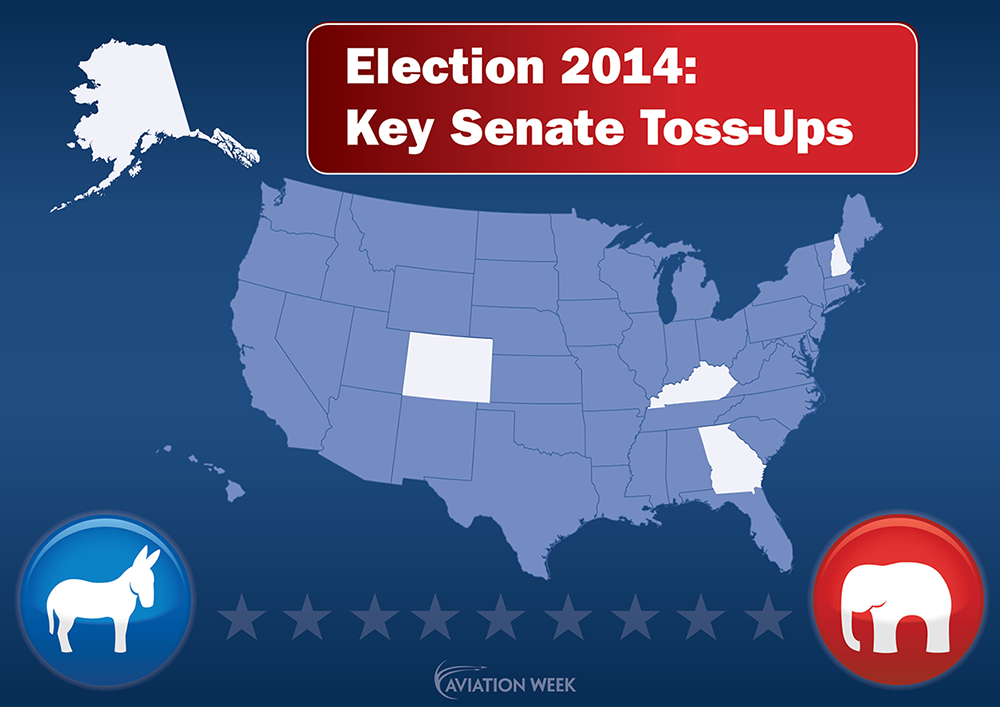 Of all the 2014 midterm election contests for the U.S. Senate, a handful remain competitive in states key for aviation and defense. Here is a look at a few—including Senate Minority Leader Mitch McConnell’s close fight to maintain the Senate seat he has held since 1985. 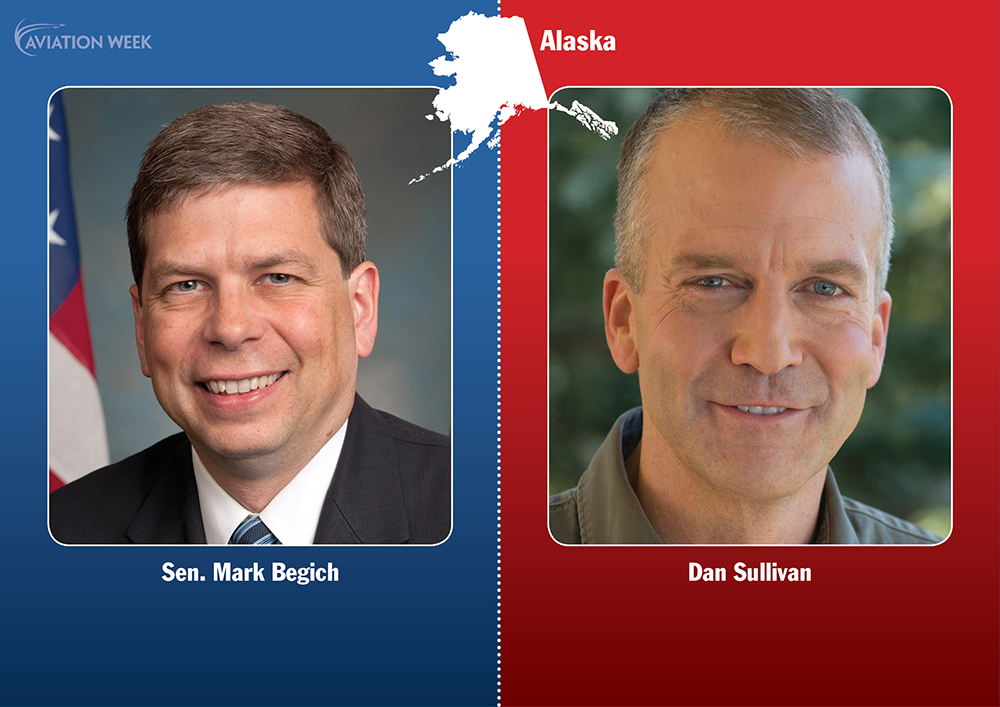 Begich, who leads the General Aviation Caucus and serves on the Senate Commerce, Science and Transportation Committee, remains in a tight race against Dan Sullivan, a lieutenant colonel in the Marine Corps Reserves. Sullivan served in the George W. Bush administration's State Department under Condoleeza Rice and on the National Security Council. The U.S. bases its ground-based midcourse defense system at Fort Greeley, not far from Fairbanks. And Alaska is one of six sites where the FAA is studying the use of UAVs in civil airspace. Credits: Office of Sen. Begich and Sullivan for U.S. Senate 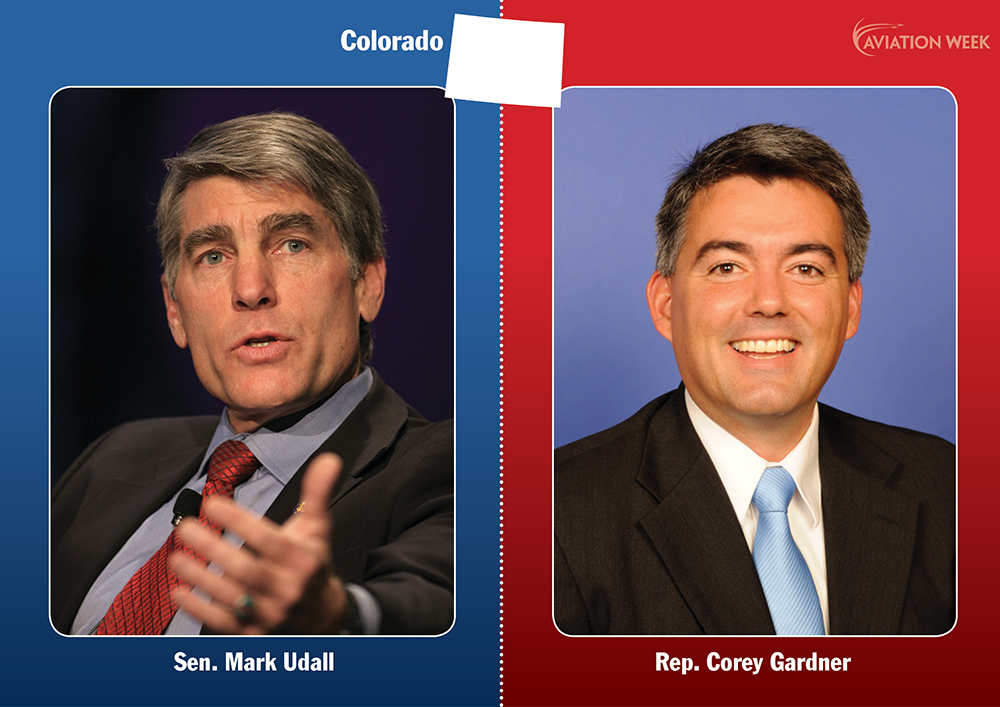 Peterson AFB in Colorado houses the 21st Space Wing responsible for missile warning and space control, so this contest is key to the future of military space policy. Udall has made a name for himself in the Senate, particularly on intelligence issues, but Gardner recently won a surprising endorsement from the Denver Post, which citied the 40-year-old’s “energy and ideas.” Credits: Offices of Sen. Udall and Office of Rep. Gardner 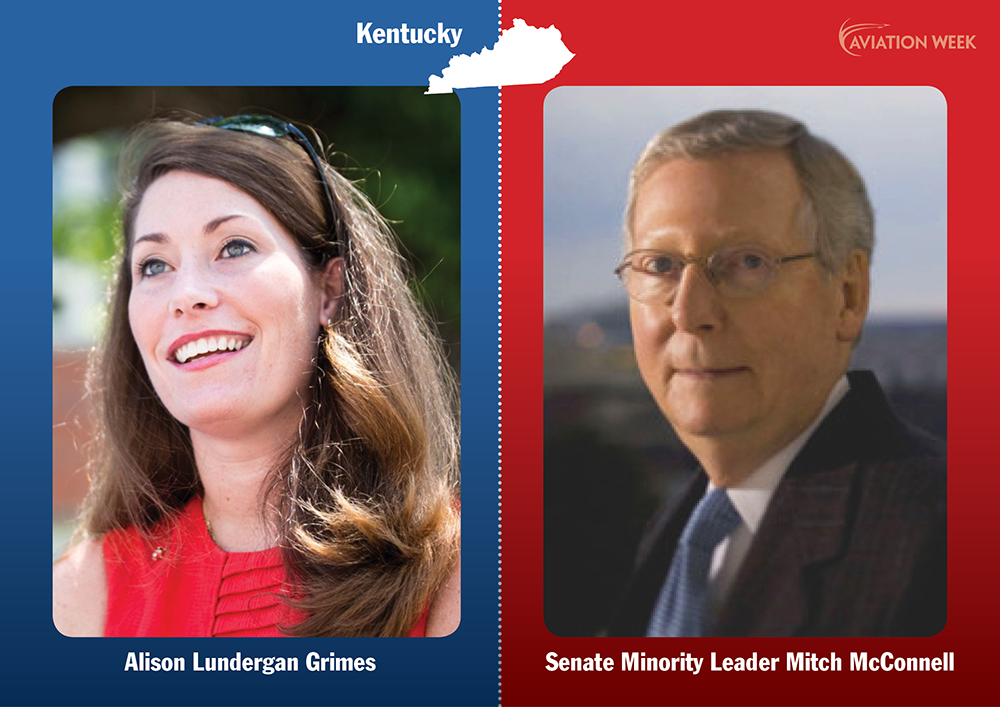 McConnell’s race is tighter than anticipated, but he is expected to win. If Republicans take control of the Senate, he is likely to be its majority leader and become the most influential person in Congress, holding enormous sway in brokering or blocking deals on defense spending and reauthorization of the Export-Import Bank. Credits: Alison for Kentucky and Office of Sen. McConnell 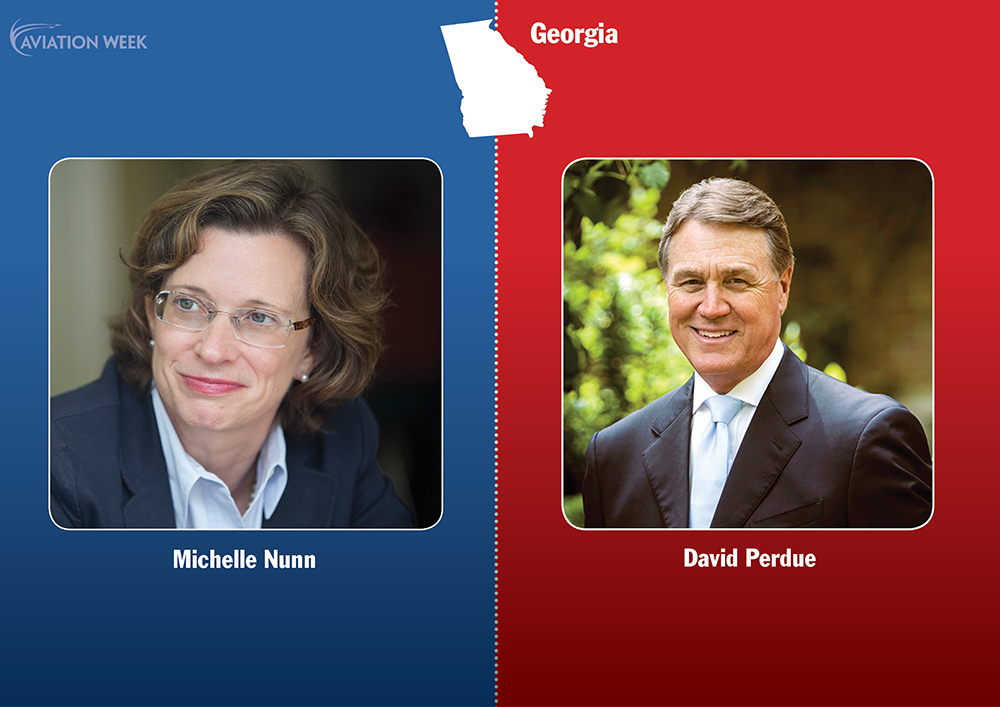 Nunn, the daughter of former Senate Armed Services Committee Chairman Sam Nunn, squares off against the cousin of former Gov. Sonny Perdue. Perdue picked off Rep. Jack Kingston (R) in the primary, who serves on the House Appropriations defense subcommittee. The winner of this race will replace Saxby Chambliss (R), who is retiring. Chambliss was a defender of Lockheed Martin’s F-22 Raptor, made in Marietta. Credits: Nunn for Senate and Perdue for Senate 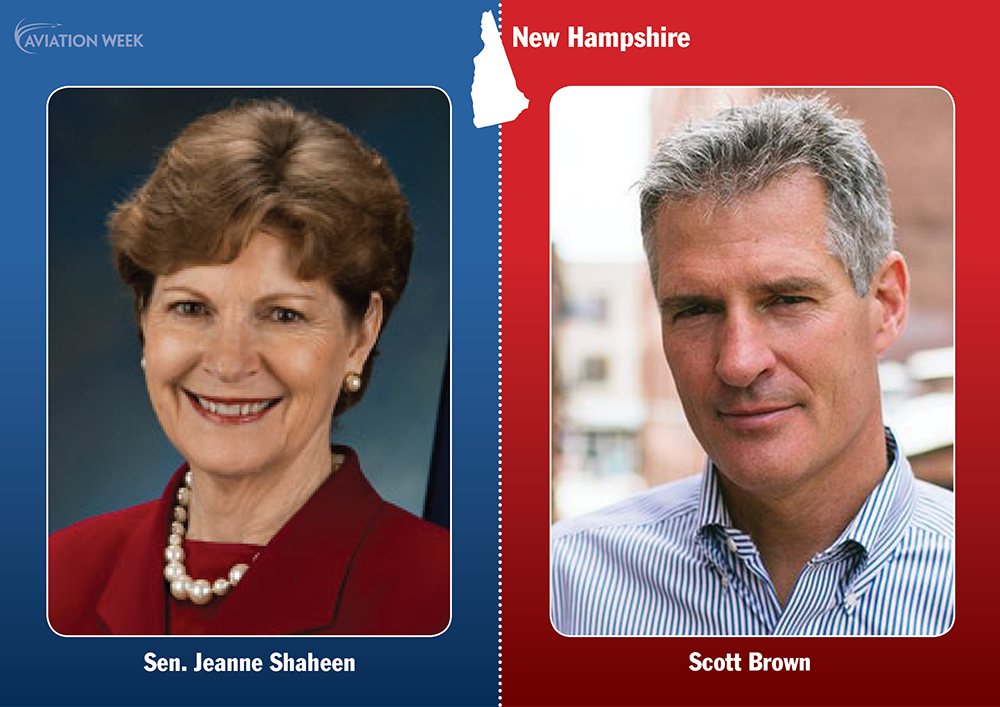 Incumbent Shaheen faces off against Brown, who lost his senate seat representing Massachusetts to Democrat Elizabeth Warren in 2012. Despite Brown’s experience in the Senate, Shaheen earned far more donations from defense companies, according to the Center for Responsive Politics. BAE Systems Electronic Systems division is based in New Hampshire; Raytheon has a strong presence just across the border in Massachusetts. Credits: Office of Sen. Shaheen and Scott Brown for U.S. Senate

Here is a look at a few of the 2014 midterm election contests for the U.S. Senate that remain competitive in states pivotal for aviation and defense.