Defense & Space Technologies To Watch In 2016 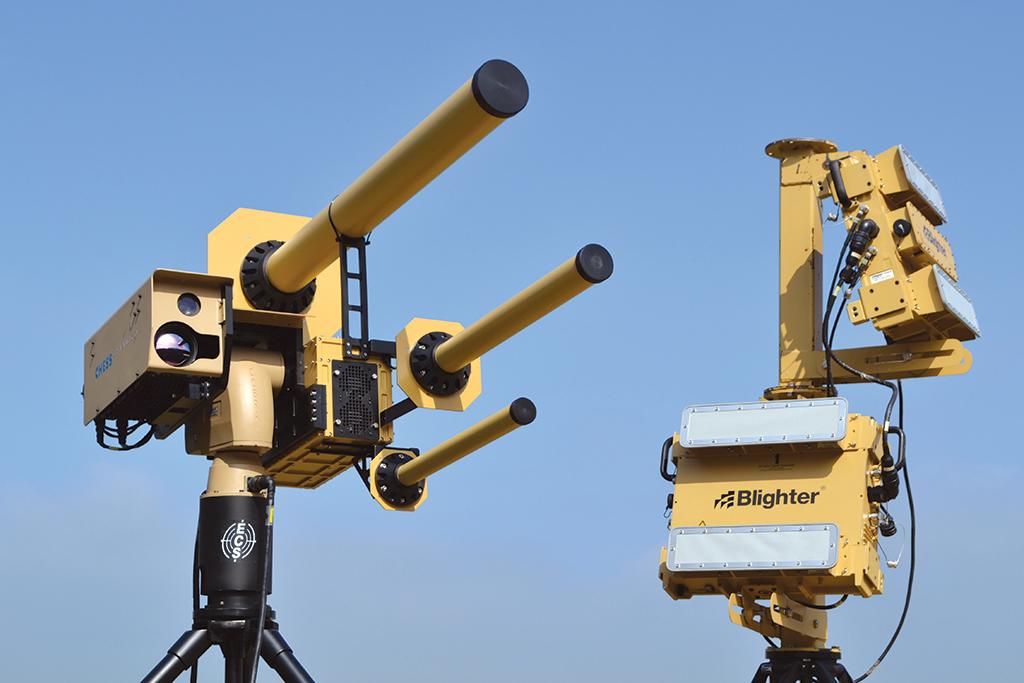 Countering small unmanned aircraft systems (UAS) is now a major concern for the military and other government agencies seeking to protect deployed forces and critical infrastructure from nefarious surveillance and “flying IEDs.” To the U.S. Army, which tested available counter-UAS systems at the end of 2015, the key threat is commercially available, under-20-lb. vertical-takeoff-and-landing (VTOL) UAS that can operate from anywhere. A trio of small U.K. companies–Blighter Surveillance Systems, Chess Dynamics and Enterprise Control Systems—have integrated radar detection, electro-optical/infrared tracking and radio-frequency jamming to down small UAS. But heavyweights Israel Aerospace Industries, Lockheed Martin and Selex ES are on a growing list offering counter-UAS systems. 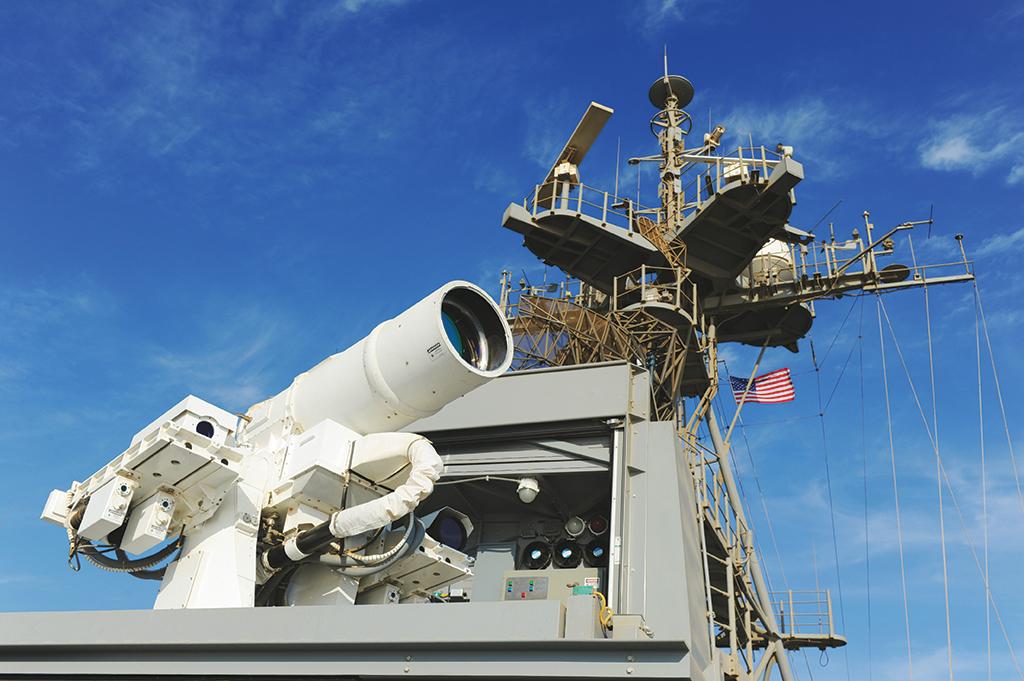 High-energy lasers have advanced significantly, but there is still no program to field a directed-energy weapon. That could move a step closer in 2016. A 30-kW demonstrator laser weapon has been deployed on the USS Ponce in the Persian Gulf, and Northrop Grumman is to build a 100-150-kW prototype for on-land testing that could be ready for deployment on destroyers as early as 2018. The U.S. Army plans to test a truck-mounted 60-kW Lockheed Martin fiber-laser weapon in 2017. The U.S. Air Force in 2016 will launch the Shield program to demo a laser self-defense pod for fighters—technology likely to be fielded first, early next decade, as an offensive weapon for special-operations gunships. 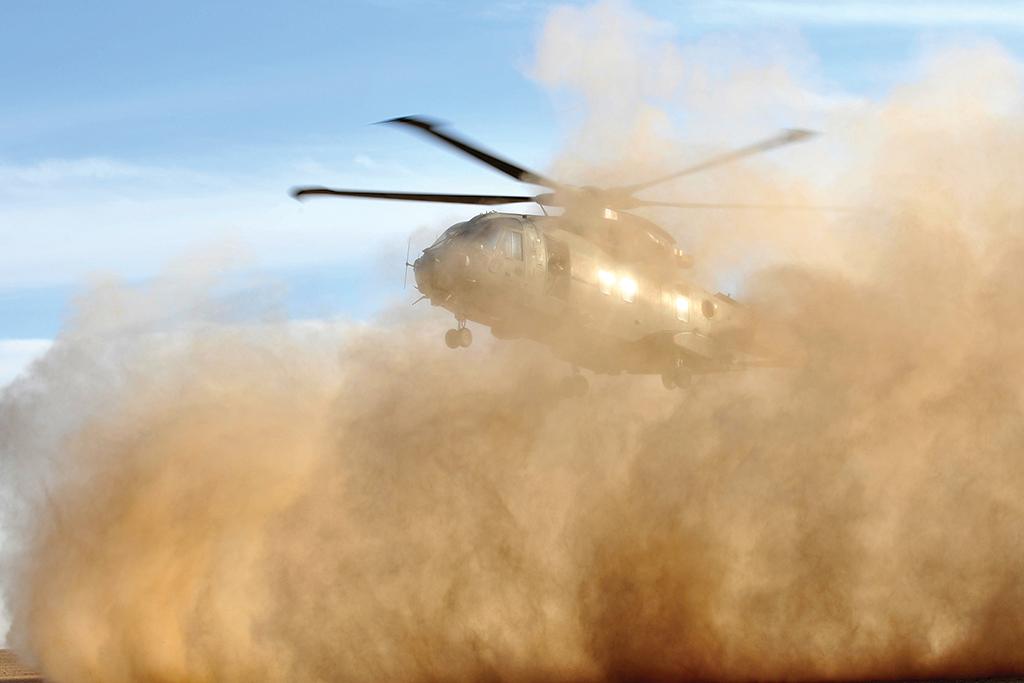 Experience in two wars is adding momentum to the push to equip helicopters to operate safely in low visibility, whether at night or in degraded visual environments (DVE) caused by rotor-blown dust, sand or snow. U.S. Army special-operations Boeing MH-47Gs and Sikorsky MH-60Ms are to be equipped by mid-2019 with a 94-GHz radar see-through sensor developed by Sierra Nevada Corp., and the regular Army is launching a program to equip its Boeing AH-46Es and Sikorsky UH-60Ms with a forward-looking DVE system beginning late in 2019. In Europe, Airbus has tested its Sferion DVE system, based on a laser sensor developed for obstacle warning on the NH90 helicopter. Italy, meanwhile, is equipping its NH90s with a Selex ES laser collision-avoidance system. 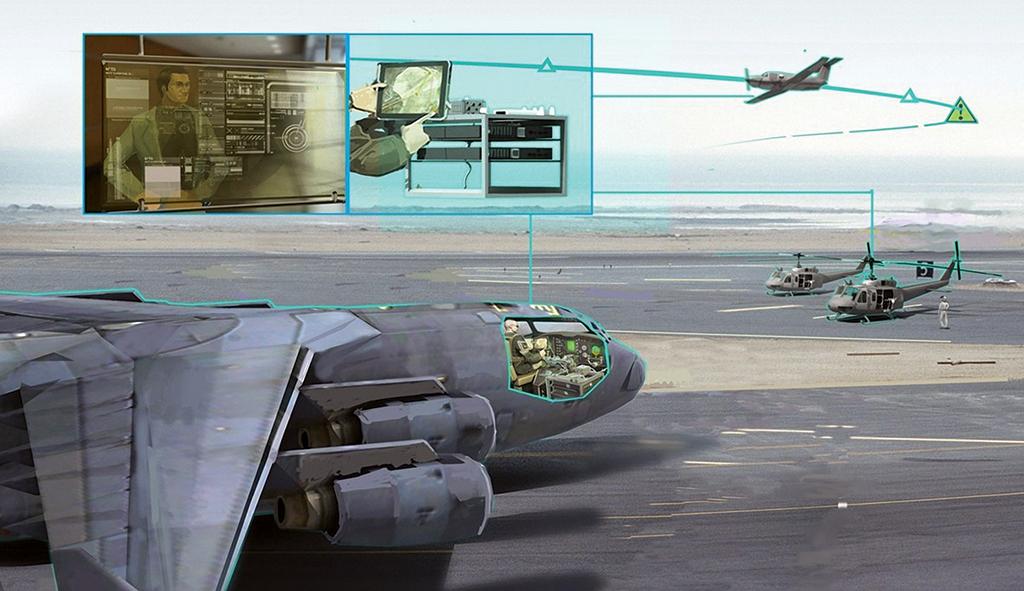 Development in unmanned aircraft is heading toward increased teaming with manned platforms to augment, rather than replace, the human. Darpa’s Alias program is developing a drop-in robotic copilot to automate flying tasks in existing aircraft and reduce the onboard crew required. The kit can be moved between aircraft and rapidly adapted to the operation of different types. In 2016, Aurora Flight Sciences and Sikorsky will show they can port their systems to the UH-60. To get underway in 2016, the Air Force Research Laboratory’s Loyal Wingman demo aims to team manned fighters with survivable UAVs that collaborate as offboard sensors, jammers and weapons trucks. 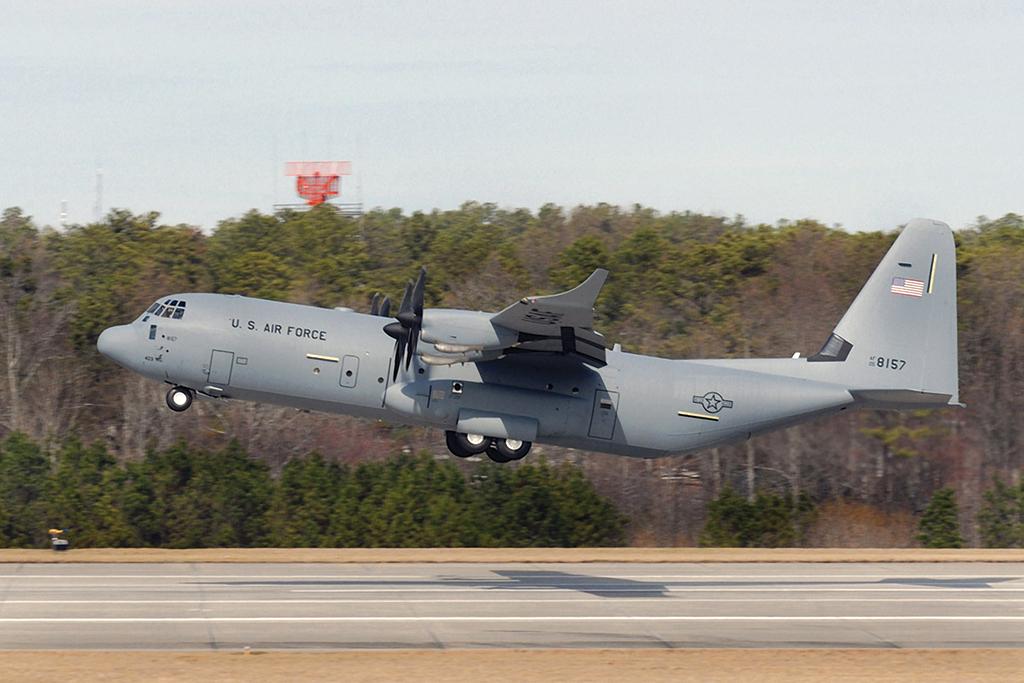 Budget pressures are focusing attention on the military’s energy usage, particularly on logistics missions as transport and tanker fleets are the major consumers of jet fuel. Lockheed Martin has contracts to test-fly fuel-saving winglets, lift-distribution control and fuel-tank ullage reduction on the C-130J, as well as fuselage drag-minimizing microvanes on the C-17. Boeing will test drag- and load-reducing compliant flap trailing edges developed by FlexSys on the KC-135. In Europe, Alenia Aermacchi has flown winglets on the C-27J to reduce fuel burn and improve performance. Airbus Defense and Space has added winglets to the rival C295 light transport and will test morphing winglets under a European research program.

Unmanned cargo aircraft proved their value in Afghanistan, but a formal procurement program has yet to emerge. In 2016, two different approaches will be tested. Under Darpa’s Ares program, Lockheed Martin and Piasecki Aircraft will fly a dual ducted-fan VTOL vehicle comprising an unmanned flight module with a 3,000-lb. useful load that can deliver and retrieve detachable modules for cargo, casualty evacuation and other missions. Sikorsky will fly a UH-60A Black Hawk modified into an optional piloted aircraft that can be flown unmanned to deliver cargo. Both Lockheed and Sikorsky are also testing the delivery of unmanned ground vehicles using optionally piloted helicopters. 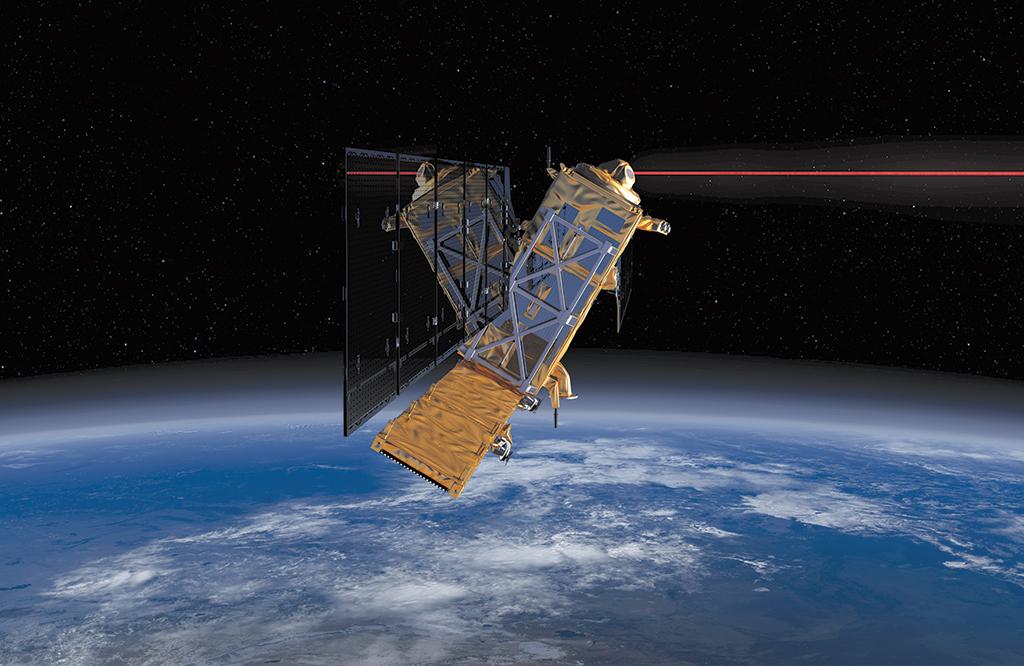 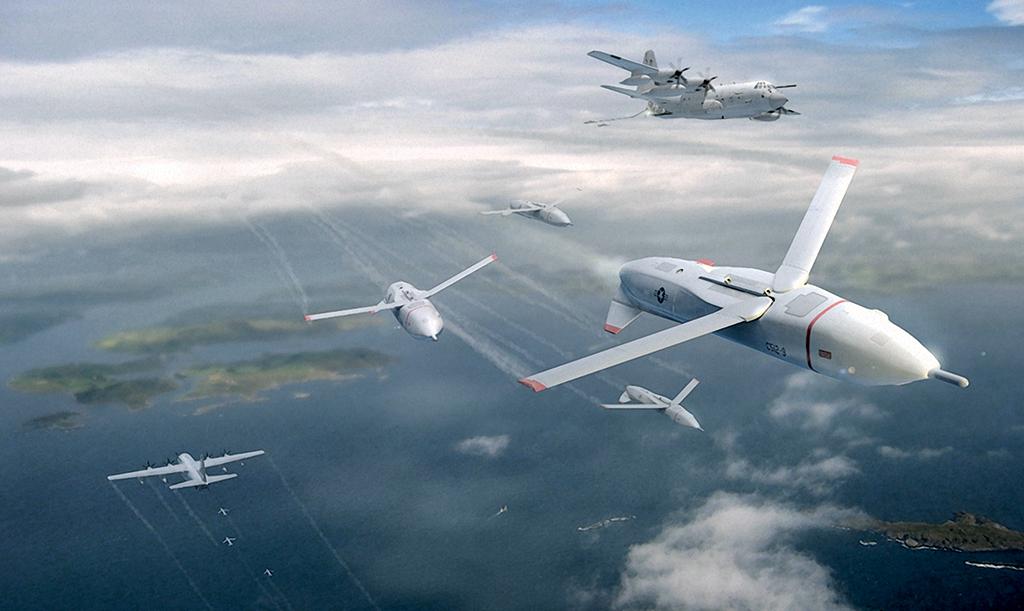 A demonstration to show whether autonomous, swarming small unmanned aircraft can overwhelm an adversary more cost-effectively than conventional weapon systems is planned for 2016 by the Office of Naval Research. Under the Locust (Low-Cost UAV Swarming Technology) program, 30 Raytheon Coyote expendable UAVs will be launched within 30 sec. from a ship off the coast of Florida to rapidly form a swarm and autonomously conduct a mission. Darpa’s Gremlins program, to begin in 2016, envisions launching volleys of small, recoverable UAVs from transport aircraft. Carrying surveillance or other non-kinetic payloads, and conducting coordinated and distributed operations, the UAVs would saturate enemy air defenses, then return for airborne recovery and reuse. 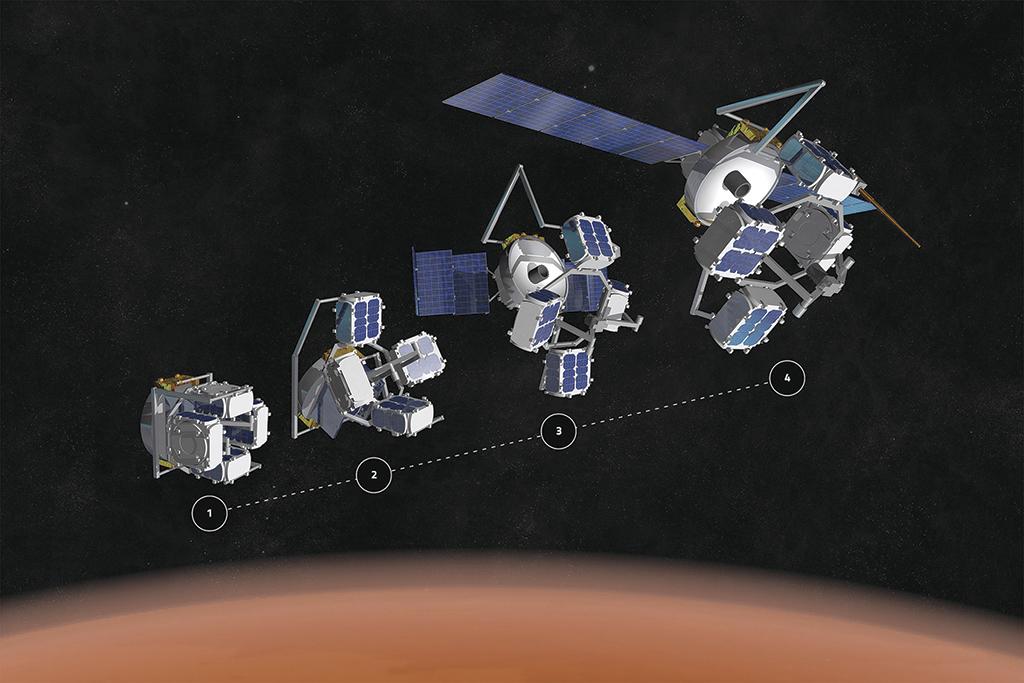 Small satellites are becoming ever more capable, yet customers are demanding ever lower costs. One solution developed for Darpa by NovaWurks is to mass-produce “satlets” that plug together to assemble modular satellites of almost any size. Identical HiSat satlets provide power, control, sensing and other services that can be aggregated to match the capabilities of expensive monolithic spacecraft. The HiSat is planned for a Falcon 9 rideshare launch in 2016, with increasingly larger testbeds to follow in 2016 and 2017. NovaWurks is to use its satlets to build 40 Earth-observation and debris-tracking satellites for Canadian startup NorthStar Space Data, with the eventual possibility of robotic assembly in orbit. 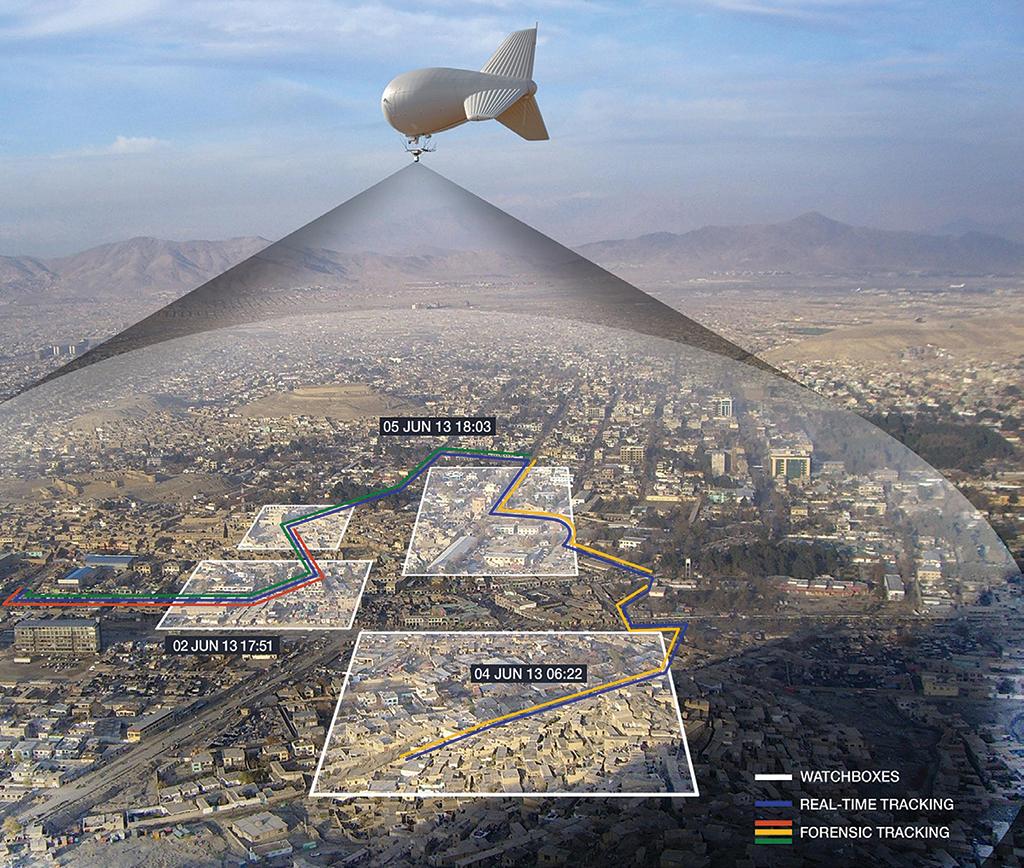 Developed by the U.S. to enable persistent surveillance of large urban areas in Iraq and Afghanistan to monitor and understand activity on the ground, wide-area motion imagery is attracting export interest. The first international use of the technology is expected to be for airborne security during the 2016 Summer Olympic Games in Rio de Janiero. Logos Technologies has delivered a Simera wide-area sensor to Brazil for use on an aerostat to provide imagery over a city-sized area. Harris is seeking government and commercial customers for its CorvusEye day/night wide-area imagery system, developed using technology from the Gorgon Stare sensor carried by U.S. Air Force MQ-9 Reaper unmanned aircraft. 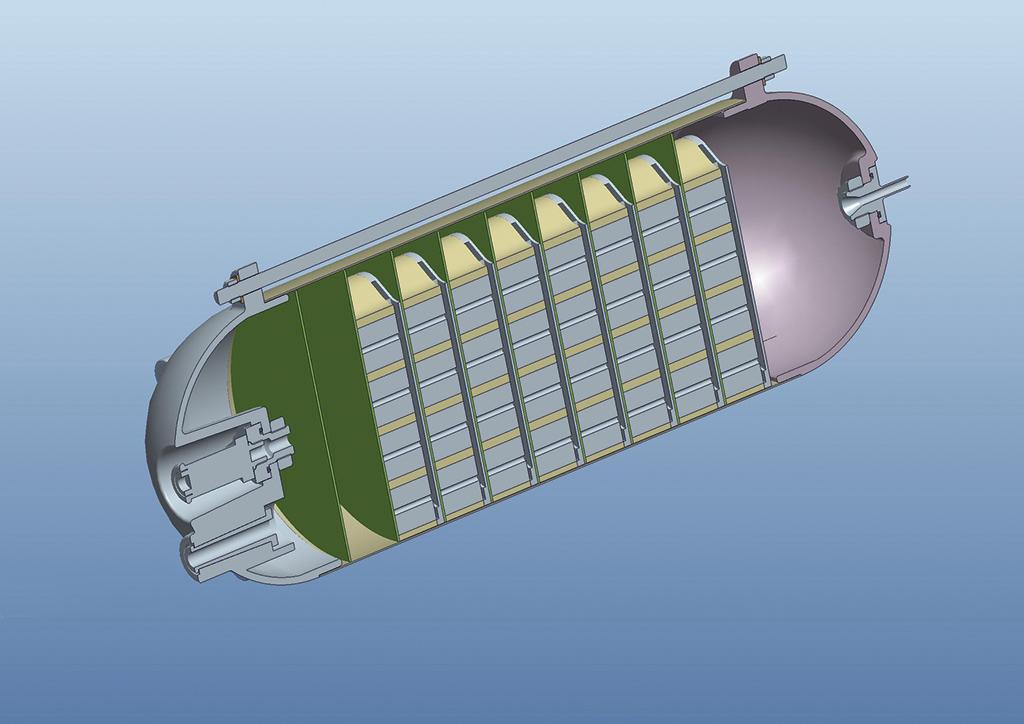 Battery life is a major limitation on the operation of small electric unmanned aircraft. Hydrogen fuel cells can significantly extend endurance but have not caught on widely because of weight, safety and logistics drawbacks. Now U.K. startup Cella Energy is developing a solid-hydrogen fuel-cell system for Israel Aerospace Industries’ BirdEye mini-UAV. Solid-fuel pellets release stored hydrogen when heated above 100C (212F) to feed the fuel cell. The system is solid-state, lightweight compared to pressurized hydrogen tanks, safe to handle, with three times the energy storage of lithium-ion batteries and no risk of high-temperature metal fires. 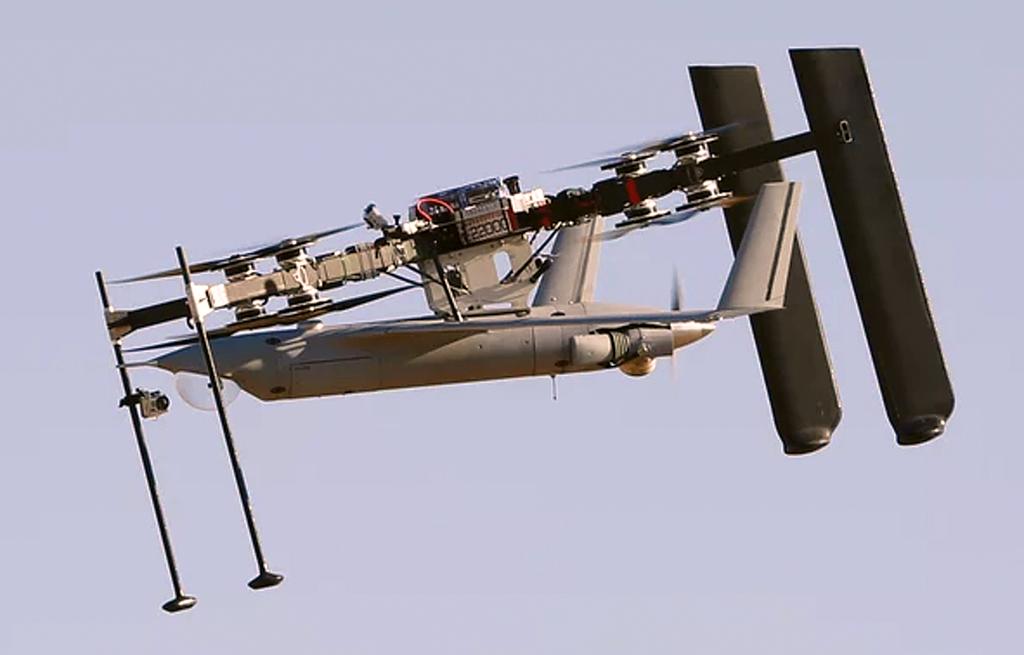 Most “runway independent” unmanned aircraft are launched from catapults and recovered to nets or dangling cables. But as UAV use expands, and operations in remote, hard-to-access or confined areas become attractive for science or security, even that mobile infrastructure can become a burden. ScanEagle developer Insitu is testing launching and recovering its UAV from another UAV, a multi-rotor vertical-takeoff-and-landing air vehicle. Aurora Flight Sciences has developed the crane-like Sidearm, designed to launch and recover 1,000-lb.-class UAVs in flight from vehicles, warships and even aircraft. A full-scale demonstration is planned under a Darpa program. 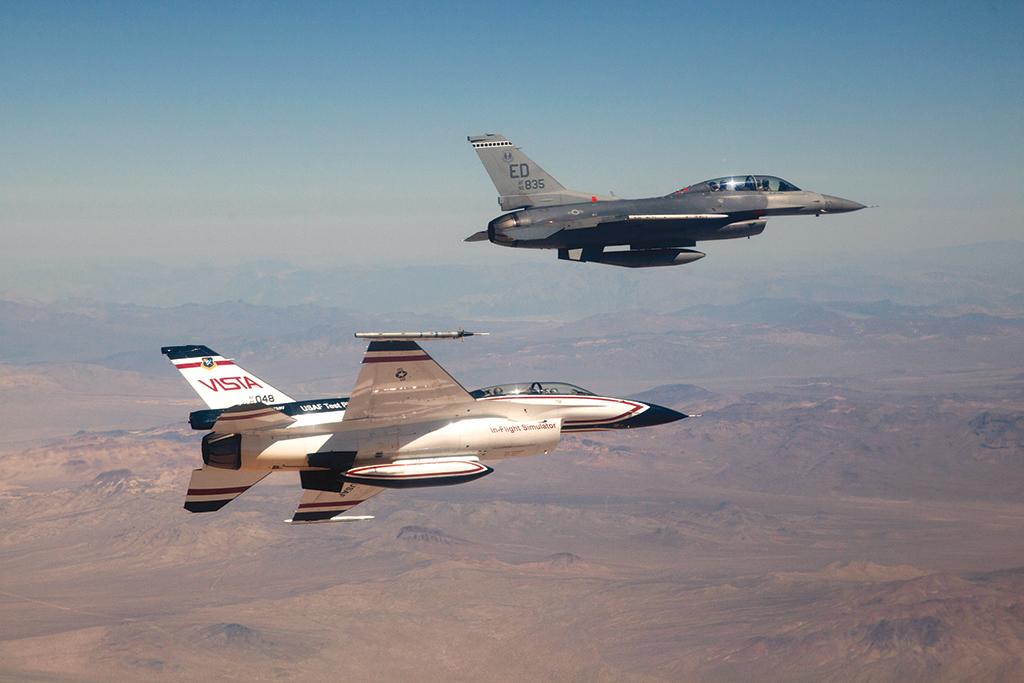 Formal U.S. Air Force flight evaluation of the Integrated Collision Avoidance System (ICAS) on the F-16 is planned for March-April 2016. Developed by the Air Force Research Laboratory and Lockheed Martin, ICAS combines the already deployed Automatic Ground Collison Avoidance System (Auto-GCAS) and recently completed Automatic Air Collision Avoidance System (Auto-ACAS). The key challenge in integrating the two systems is avoiding scenarios in which evading one threat type causes danger from the other, such as when an aircraft automatically escaping an air-to-air collision executes a maneuver that flies it into the ground. Initial ICAS flight tests were completed in September 2015. 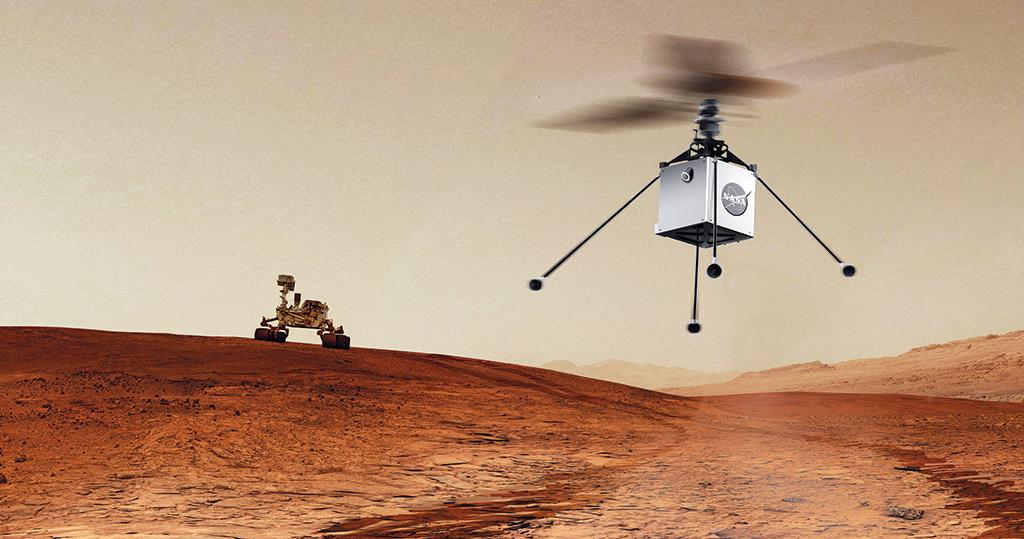 NASA’s next Mars rover, planned for launch in 2020, could at last carry an aircraft to the red planet. The Jet Propulsion Laboratory (JPL) and other NASA centers are studying small autonomous air vehicles that could be launched into the rarified Martian atmosphere to scout for the rover. JPL will flight test a 1-kg coaxial-rotor mini-helicopter in simulated Martian conditions in 2016, while NASA Armstrong will drop-test a 2-ft.-span flying wing that would be stored rolled up in cubesats released from the aeroshell carrying the rover, to unfurl and glide to the surface. NASA Langley is testing a multirotor flying wing that would take off and land vertically and fly horizontally to extend the rover’s reach. 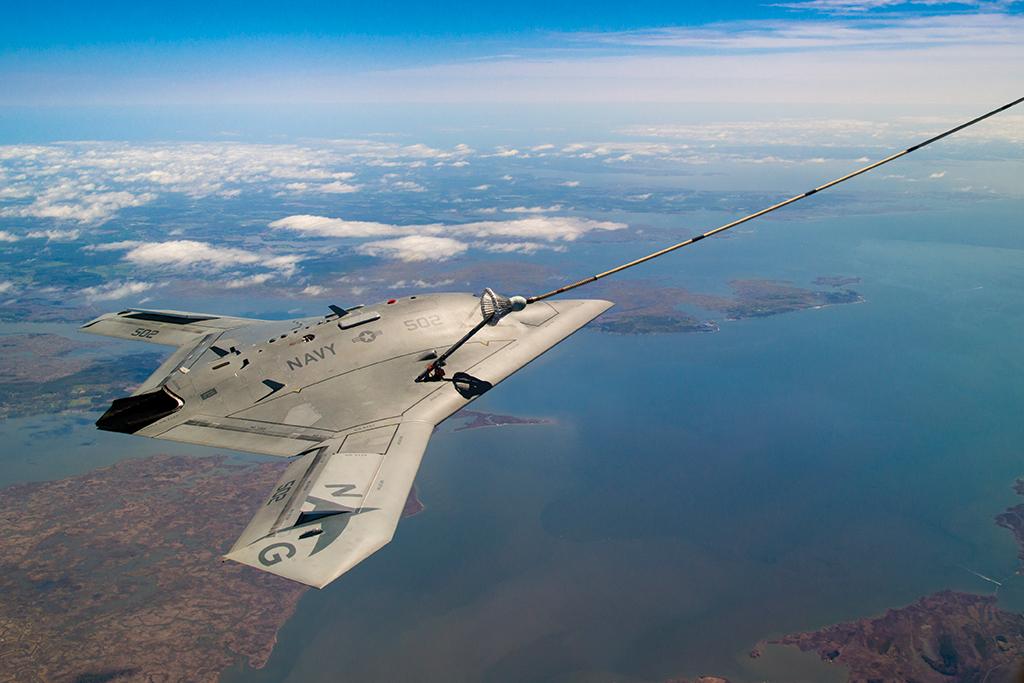 The landmark demonstrations of an unmanned combat aircraft landing on and launching from an aircraft carrier in 2014, then rendezvousing with and refueling autonomously from an aerial tanker in 2015 should produce concrete results in 2016 when the U.S. Navy is expected, finally, to launch the competition to develop the  Unmanned Carrier-Launched Airborne Surveillance and Strike (Uclass) system. Uclass may not end up looking exactly like Northrop Grumman’s tailless flying-wing X-47B, but the success of the Navy’s unmanned combat aircraft demonstrator will be seen in the requirements. Whether the two X-47Bs will ever fly again is still to be decided. 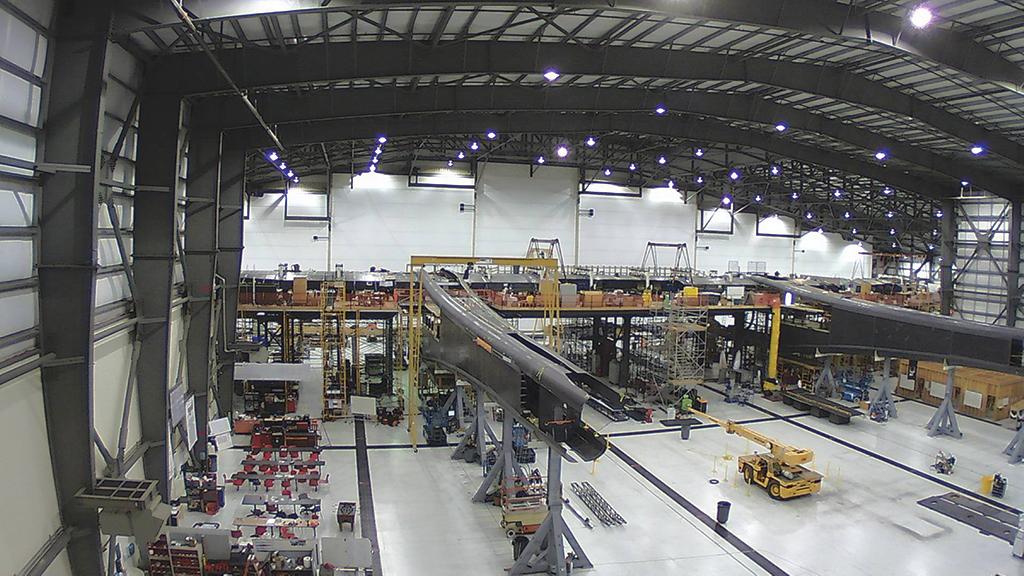 Scaled Composites is scheduled to complete assembly of the world’s largest-wingspan aircraft, the carrier platform for Stratolaunch, but the future of the air-launched booster system looks uncertain as the market moves toward smaller satellites. Nicknamed Roc, the six-engine, twin-fuselage, 385-ft.-span composite aircraft is planned to fly in 2016. The company does not currently have a booster supplier, but Stratolaunch developer Vulcan Aerospace, owned by Microsoft co-founder Paul Allen, says it remains committed to offering an answer to the high costs and long delays in the launch market and expects to achieve additional milestones in 2016.

Countering UAS, beating brownout, robotic copilots, communication by laser, and building-block satellites are among advances that could make the news in 2016 and beyond.