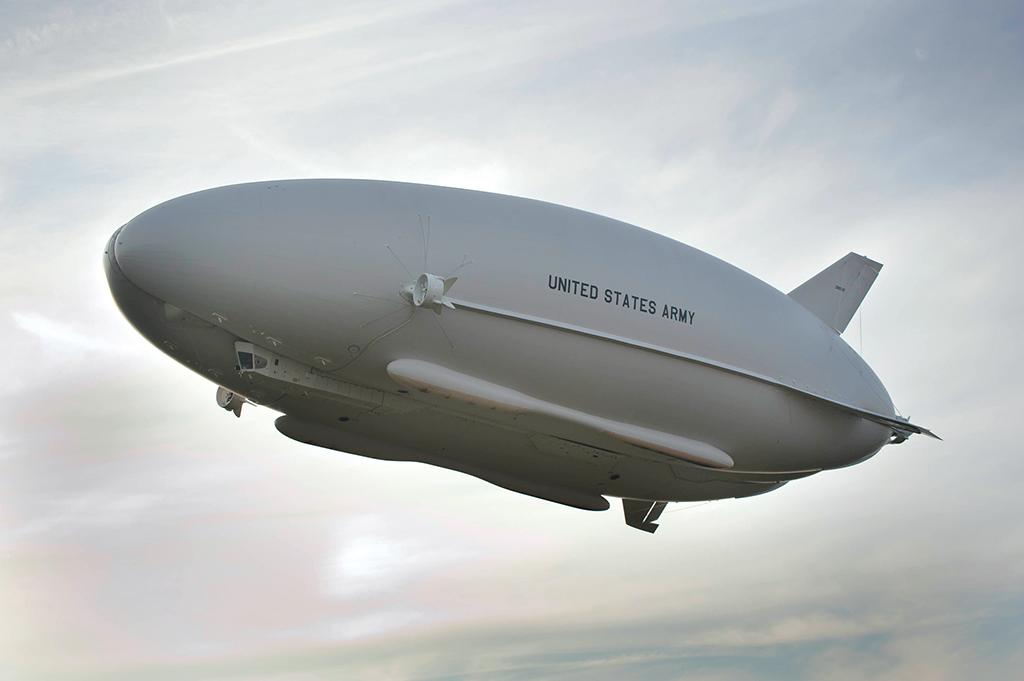 Airships go through periodic revivals, and Hybrid Air Vehicles (HAV) plans to fly a 302-ft.-long prototype early in 2015 on the way to developing a 50-ton-payload heavy-lift airship. The HAV304 was flown once in 2012 under a U.S. Army program to develop a long-endurance surveillance platform, but this was canceled in 2013 and the vehicle returned to the U.K. for reassembly. The hybrid airship combines buoyant, aerodynamic and propulsive lift for increased efficiency and easier operation. HAV intends to use the prototype for customer trials while it develops the production AirLander 50 to fly in 2018-19. Credit: Hybrid Air Vehicles 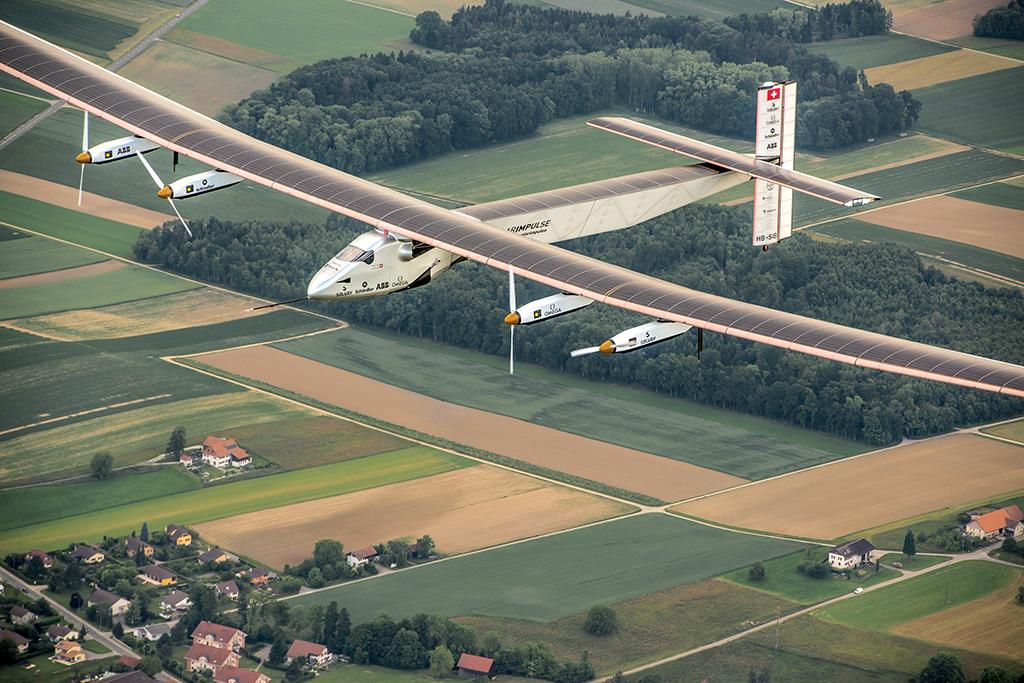 Switzerland’s Solar Impulse plans to launch its solar-powered around-the-world attempt from Abu Dhabi between March and July 2015. Expected to last five months, the flights will take the Solar Impulse 2 (Si2) and its solo pilot across the Arabian Sea, India, Myanmar, China, the Pacific, U.S., the Atlantic and Southern European over 10 legs lasting up to five days and nights. First flown in June 2014, the 236-ft.-span, 5,070-lb. gross-weight Si2 is equipped with 17,250 solar cells generating a peak 55 kW to recharge almost 1,400 lb. of batteries and enable multiday through-the-night flight. Credit: Solar Impulse 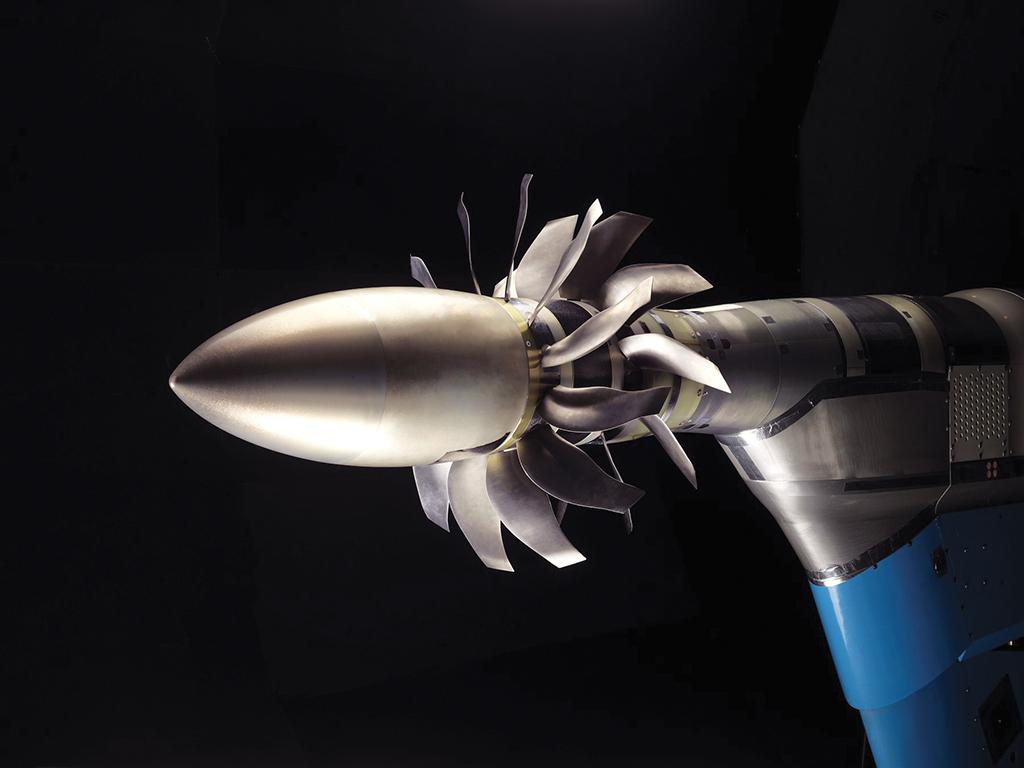 Although it has now slipped to 2016, Snecma’s ground testing of a geared open-rotor engine will put Europe on track to fly the fuel-saving powerplant on an Airbus flying testbed by 2022. The ground demo engine is being built under European research program Clean Sky’s Counter Rotating Open Rotor project. A flight demo engine is to be flown under a €185 million ($230 million) project within the follow-on Clean Sky 2. Snecma estimates an open rotor will burn 26% less fuel than a CFM Leap-1. Flights will validate efficiency and noise as well as demonstrate power gearbox, pitch change and blade technologies. Credit: Snecma 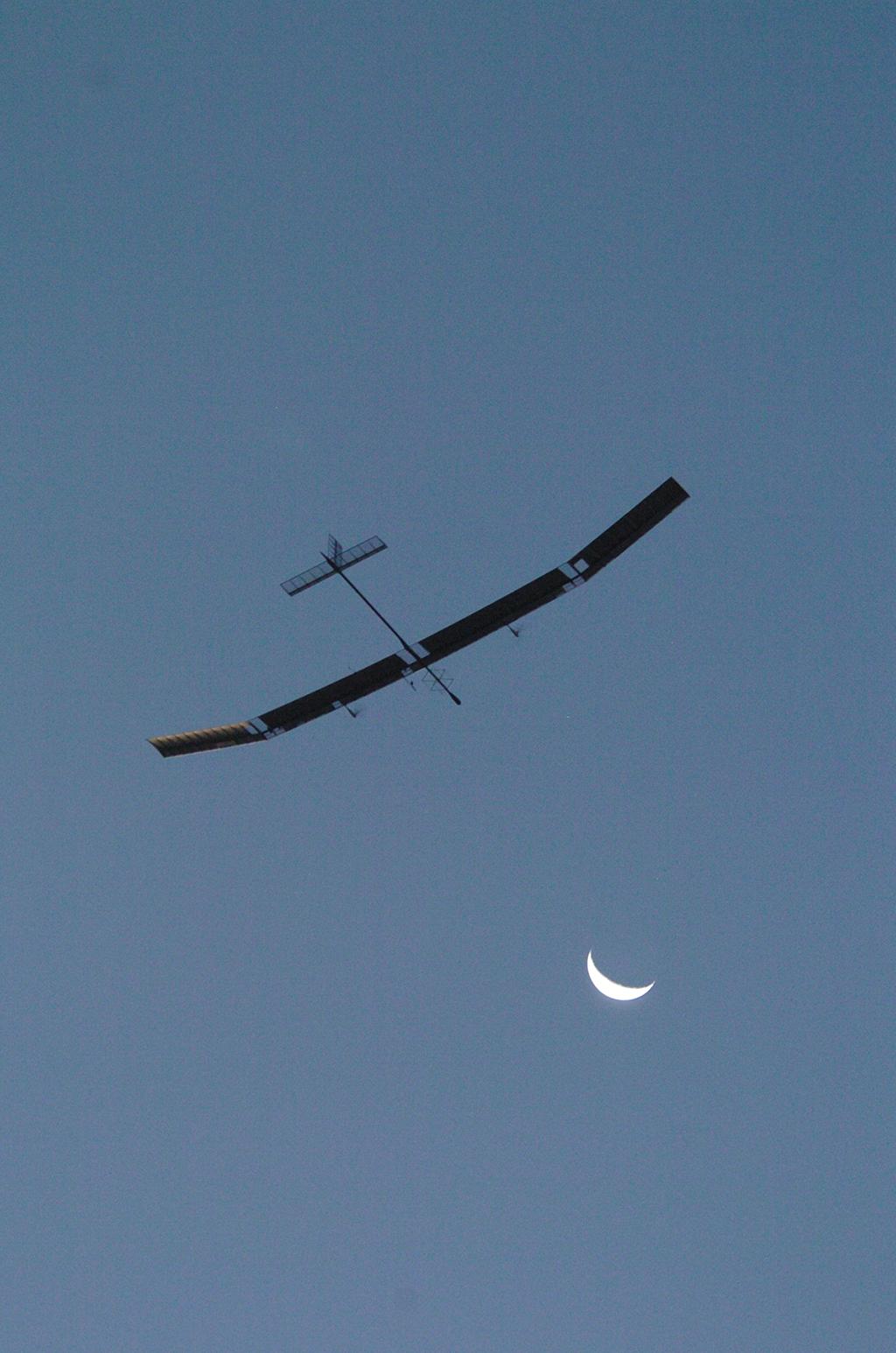 Facebook and Google may be developing solar-powered long-endurance unmanned aircraft for Internet delivery, but Airbus Defense & Space hopes to extend an almost unassailable lead early in 2015 when it flies the improved Zephyr 8 “high-altitude pseudo-satellite.” Acquired from Qinetiq in 2013 to fill a perceived capability gap between satellites and aircraft, the current 75.5-ft.-span, 121-lb. gross-weight Zephyr 7 holds a 14-day endurance record for UAVs and in 2014 flew for more than 11 days in reduced-sunlight winter conditions over Australia. The 92-ft.-span, 132-lb. next-generation Zephyr 8 is expected to offer a 60% improvement in capability. Credit: Airbus Defense & Space 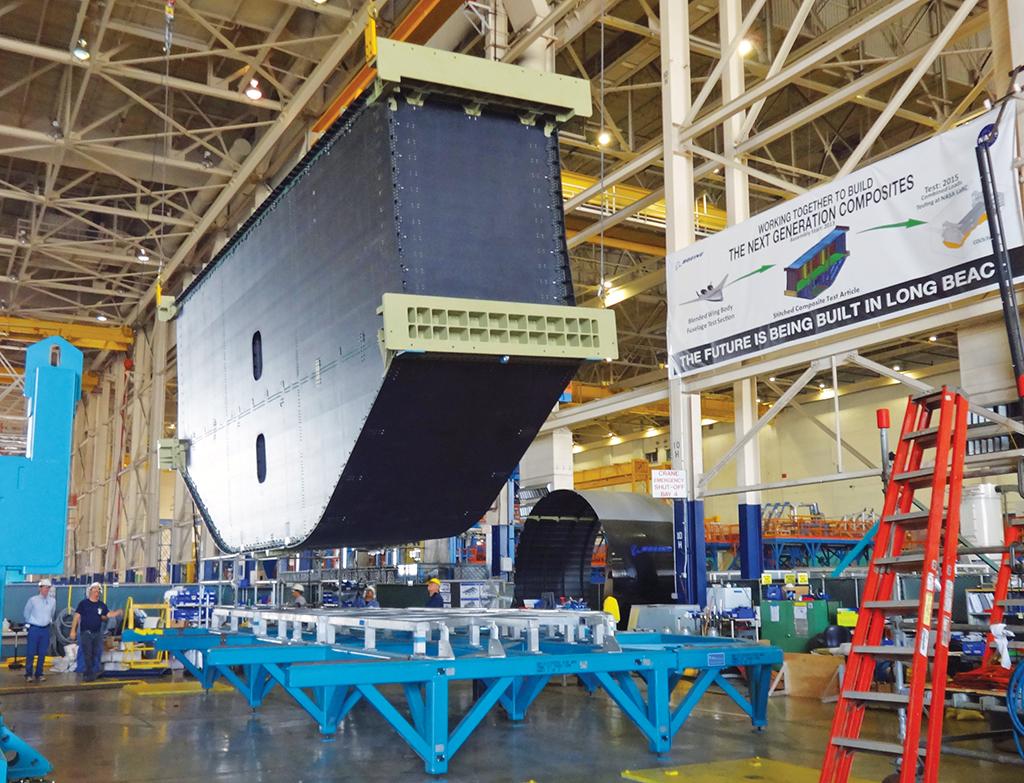 A unique structural concept promising a weight reduction of 10% or more over today’s carbon-fiber composite airframes, at lower fabrication cost, will be tested in 2015. NASA will put Boeing’s pultruded-rod stitched efficient unitized structure (Prseus) through its paces by subjecting a 30-ft.-span wing box, representing the double-deck center section of a blended wing-body airliner, to combined bending and pressurization loads. Prseus uses dry fabric, reinforcing rods, resin infusion and out-of-autoclave curing with reduced tooling to produce large unitized panels that have uninterrupted load paths and are reinforced with stitching to arrest cracks. Credit: NASA 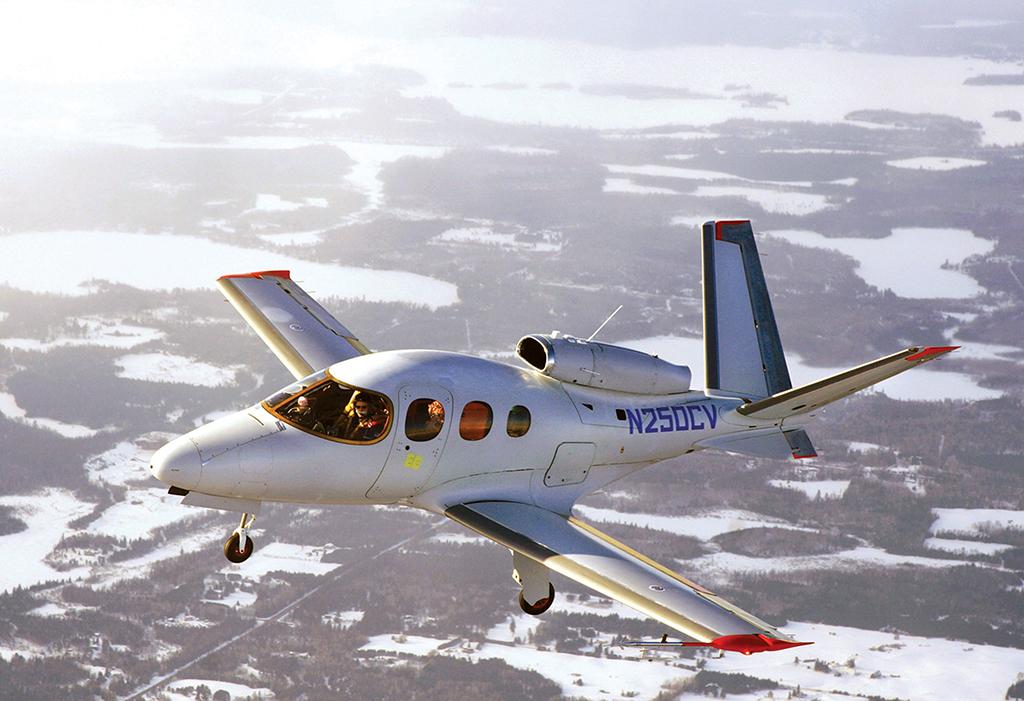 Ten years ago, single-engine personal jets were the hot new thing, with a dozen concepts being pursued. Today, only Cirrus Aircraft’s Vision SF50 remains in serious development, with certification and first deliveries planned by the end of 2015. Even the SF50 was looking doubtful until Caiga, the general-aviation subsidiary of China’s Avic, acquired Cirrus in 2013 and pumped new funds into its development. One proof-of-concept and two conforming prototypes have flown, with one more to come. Powered by a Williams FJ33-5A, the 300-kt. SF50 can seat five adults and two children. Credit: Cirrus Aircraft 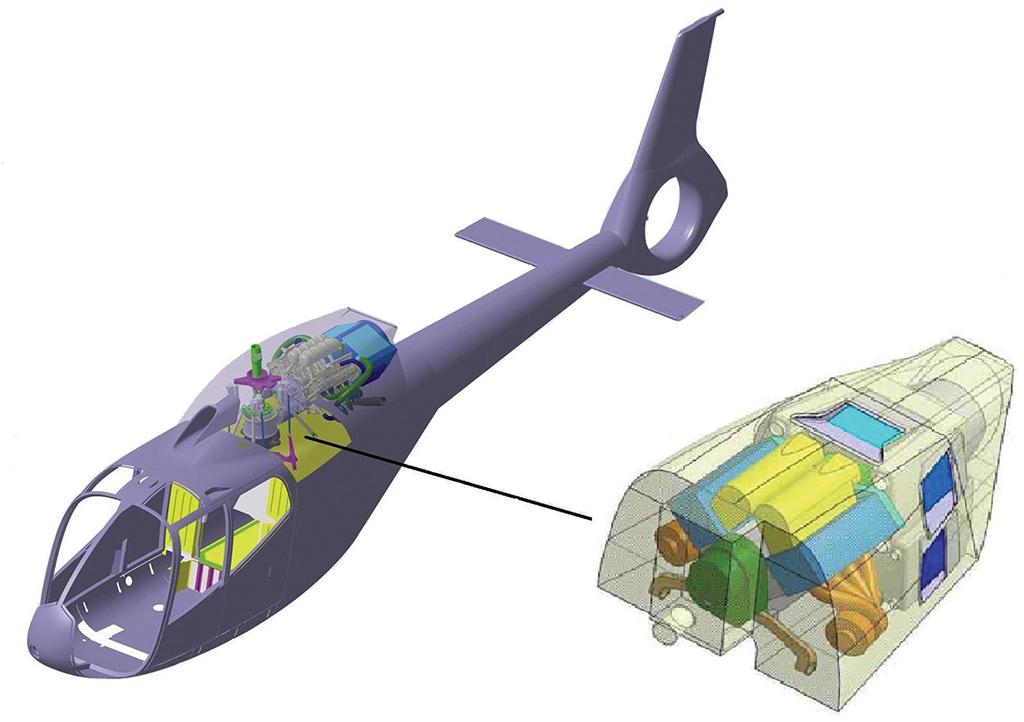 Europe’s lead in commercial rotorcraft will get a boost on several fronts in 2015 from technology demonstrations under the Clean Sky research program. These include flight tests of a diesel-cycle engine in an Airbus Helicopters EC120, burning kerosene with a 30-40% lower fuel consumption than a turbine engine. AgustaWestland will flight-test rotor blades with active Gurney flaps on an AW139 late in 2015. These promise to increase lift, reduce power required and cut fuel burn and emissions. Next year Clean Sky also plans to bench-test an electric tail-rotor drive that will reduce weight, noise and vibration. Credit: Clean Sky Joint Undertaking 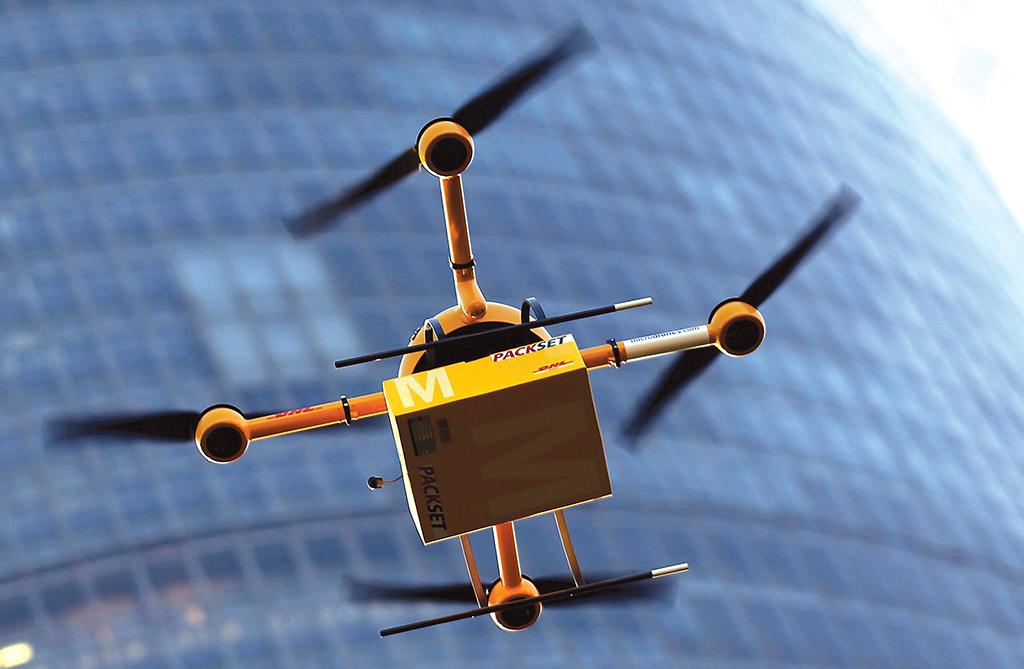 With reports of small unmanned aircraft flying near airports and aircraft, over nuclear powerplants and sporting events, pressure is building to find ways to open low-altitude airspace to legal “drone” activity while ensuring safety and privacy. NASA plans a five-year effort to develop the UAS Traffic Management (UTM) system. This will provide UAV users an internet portal to file trajectories and check them for weather, obstacles and other traffic. Airspace operators will be able to geo-fence areas, authenticate users and issue an “all land” order in an emergency. Early work on the web interface has begun in Alaska. Credit: Deutsche Post 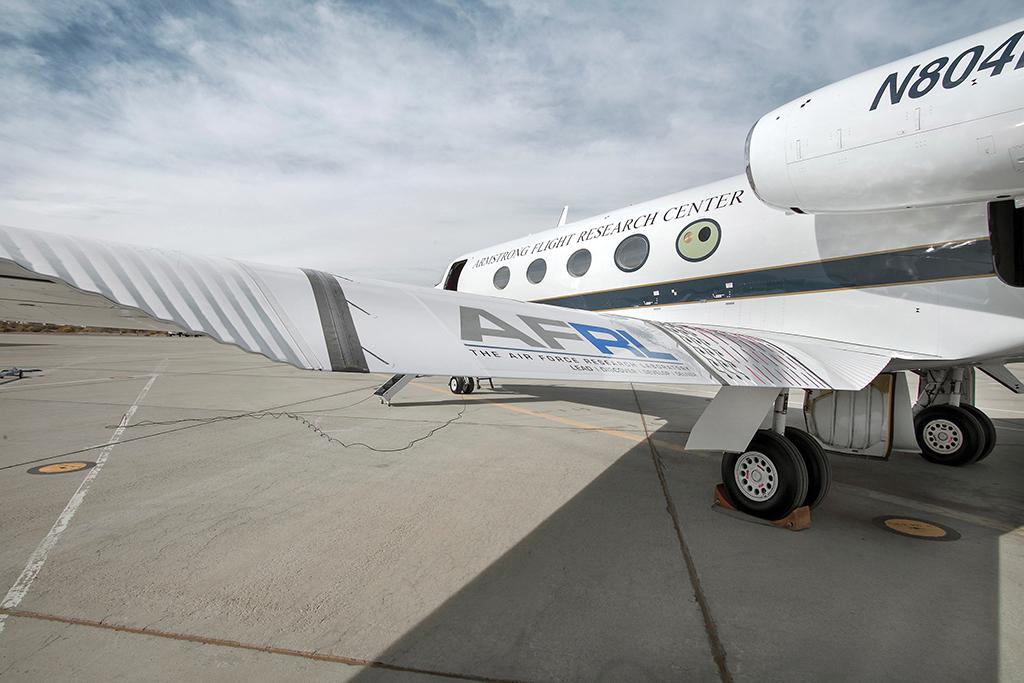 Could flexible flaps that reduce noise and drag by deforming seamlessly become as ubiquitous as winglets, on new aircraft and as retrofits? Designed by FlexSys, the seamless bendable and twistable surfaces are being flight tested by NASA on a modified Gulfstream III business jet under the Adaptive Compliant Training Edge project with the Air Force Research Laboratory. A compliant lattice structure smoothly changes the flap’s camber when actuated. Flexible transition surfaces join the flap to the wing. Cruise drag is expected to be cut by up to 3%. For clean-sheet designs, fuel savings could be 12%. Credit: NASA