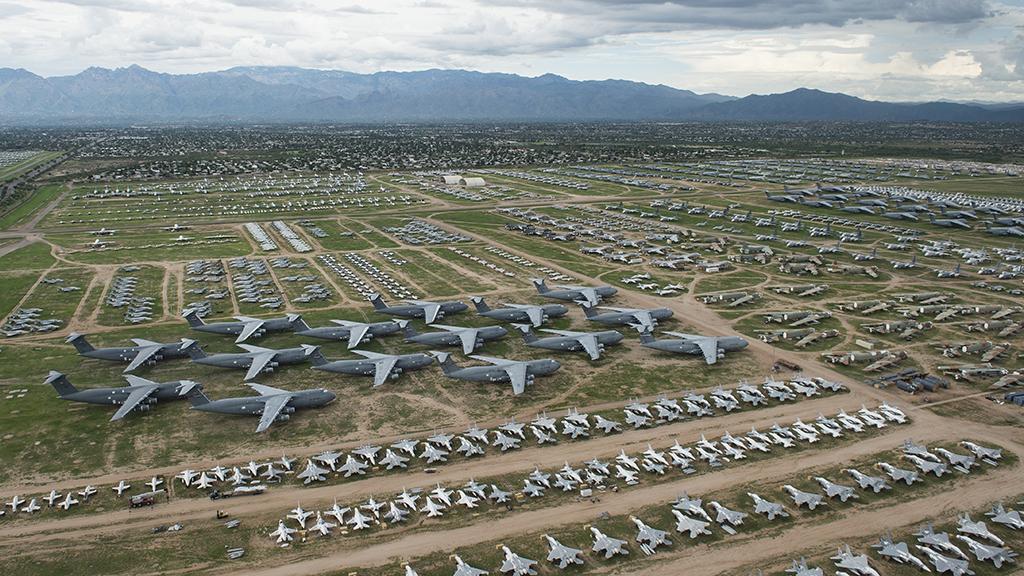 Spanning 2,600 acres (4 mi.2 ), the 309th Aerospace Maintenance and Regeneration Group’s campus at Davis-Monthan AFB, Arizona, is the largest aircraft storage and preservation facility in the world. 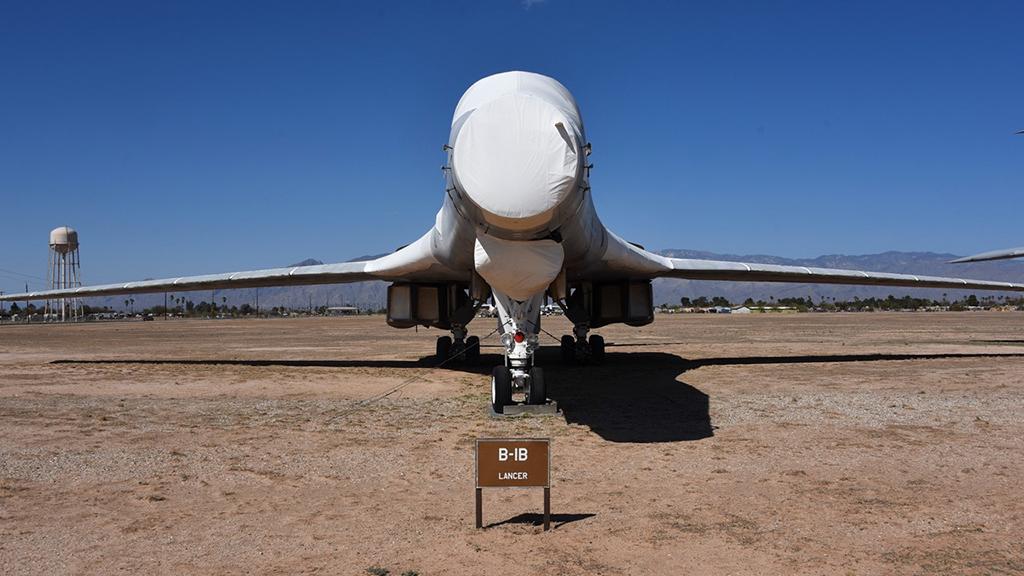 After arriving nearly 20 years ago, a U.S. Air Force B-1 Lancer sits in AMARG storage at Davis-Monthan AFB. This aircraft was part of the first round of B-1 divestitures that resulted in bomber operations ceasing at McConnell AFB, Kansas; Robins AFB, Georgia; and Mountain Home AFB, Idaho. The remaining active B-1 bomber fleet operates from Dyess AFB, Texas, and Ellsworth AFB, South Dakota.

A B-1 from the 28th Bomb Wing at Ellsworth AFB parks after landing at Davis-Monthan AFB before beginning the induction process for aircraft storage. This B-1, along with at least 13 others, will be stored at AMARG as part of a divesture plan outlined in the 2021 National Defense Authorization Act. 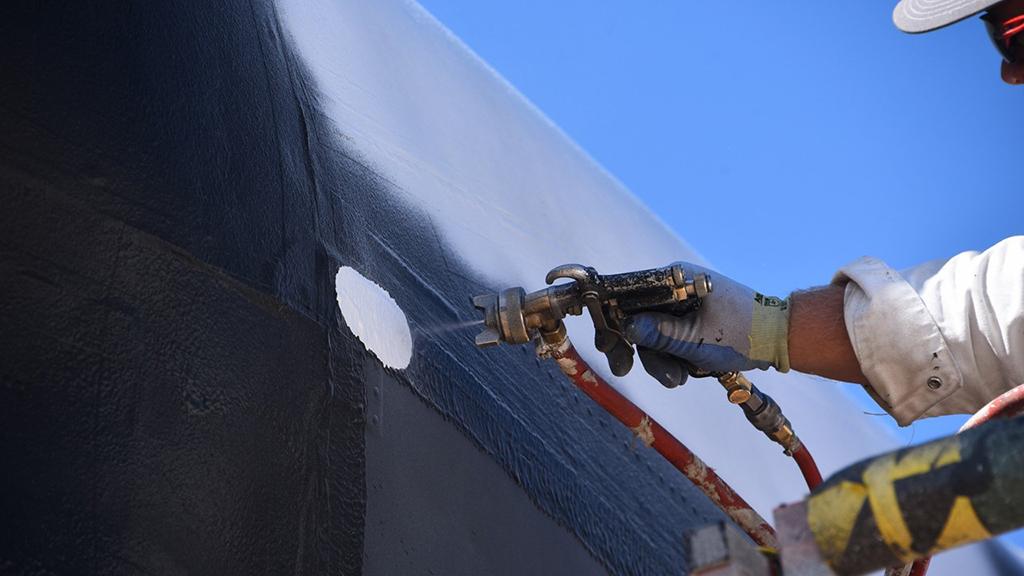 An AMARG staffer prepares a U.S. Air Force Lockheed AC-130 for storage at Davis-Monthan AFB. The group provides critical storage, maintenance and regeneration capabilities for the Defense Department and other government agencies. 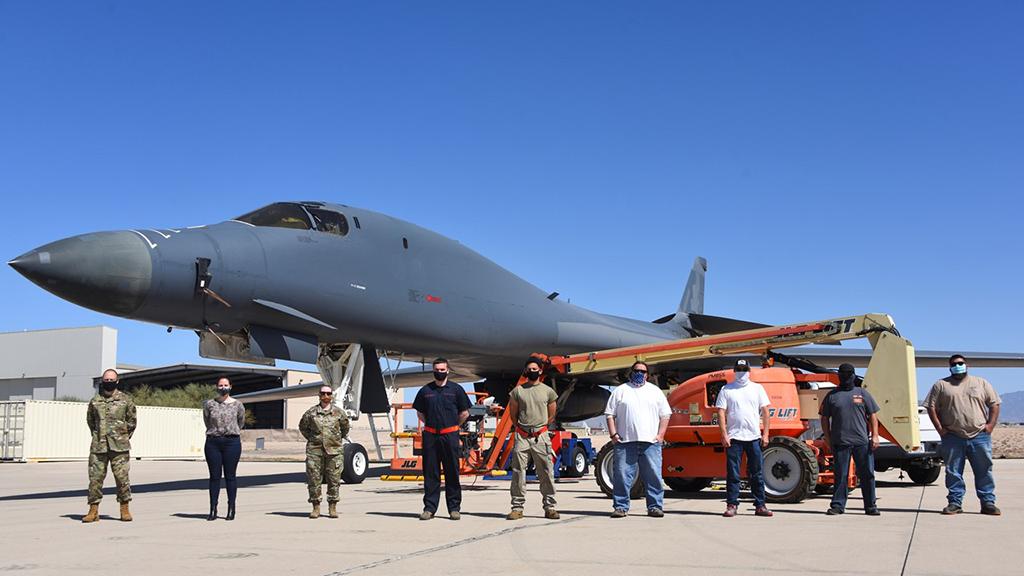 On the eve of the U.S. Air Force 309th Aerospace Maintenance and Regeneration Group’s (AMARG) 75th anniversary, Aviation Week visited the organization responsible for storing retired military aircraft. The AMARG also is in charge of aircraft reclamation, regeneration, depot-level maintenance and disposal. The facility has grown to include more than 3,100 aircraft and 4 aerospace vehicles from the Air Force, Army, Coast Guard, Marine Corps, Navy, NASA and other federal agencies.

The AMARG is at the center of a debate in Washington on whether Congress should allow the Air Force to retire legacy aircraft such as the Fairchild Republic A-10, McDonnell Douglas KC-10 and Boeing KC-135 to make room for new platforms such as the Boeing KC-46, Lockheed Martin F-35 and the Lockheed Martin Next-Generation Air Dominance progream. In recent years, the Rockwell B-1 was the first airframe to receive congressional approval for retirement to make room for the Northrop Grumman B-21. The 2021 National Defense Authorization Act approves 17 B-1s for divestment.

1 Comment
skywayparkblue
Thu, 03/18/2021 - 21:03
Egress seat -- I wonder if that is anything like an ejection seat. When the XFV-1s were retired after testing by Lockheed, one mechanic was killed when he triggered the seat. The Navy went after Lockheed, but Lockheed pointed out that it was Govt. property and not for them to remove. The Navy was satisfied.
Bernard Biales

Fiscal 2022 Budget: What’s On The Pentagon’s Radar
What To Watch For In Aerospace And Defense In 2021