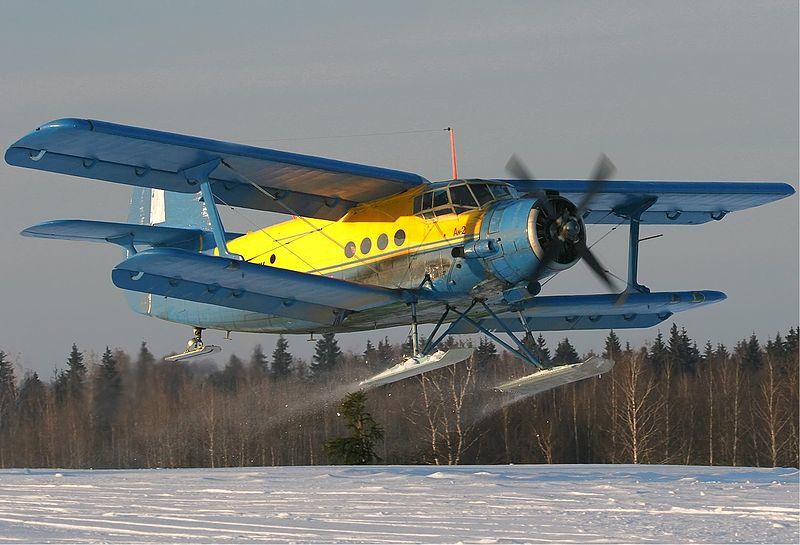 Antonov’s first and most enduring design was the An-2 light utility transport, a rugged biplane powered by a 1,000-hp Shvetsov Ash-61 radial engine and with tailwheel landing gear. The An-2, given the NATO reporting name Colt, first flew from Novosibirsk on Aug. 31, 1947. Overall, 17,000 An-2s were produced in the Soviet Union, Poland and China (as the Y-5). Reengined with a 1,375-shp Glushenkov TVD-20 turboprop, the An-3T was certified in 2000. 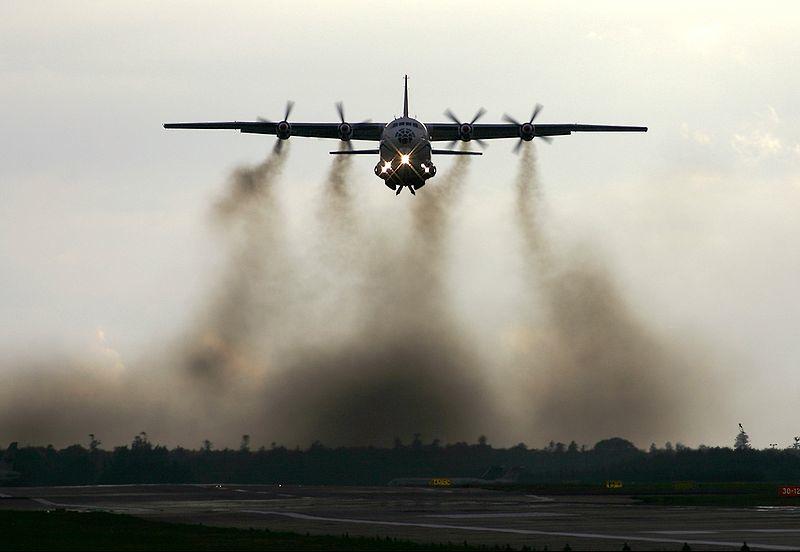 Relocated to Kiev, Ukraine, in 1952, Antonov in 1957 flew both the An-8 twin-turboprop military transport and An-10 four-turboprop passenger airliner. But one of the company’s most important designs also flew in December that year, the An-12 four-turboprop tactical transport—the Soviet equivalent to the Lockheed C-130 Hercules. With the NATO reporting name Cub, more than 1,240 An-12s were produced in Irkutsk, Voronezh and Tashkent. China’s Y-8 transport is based on the An-12. 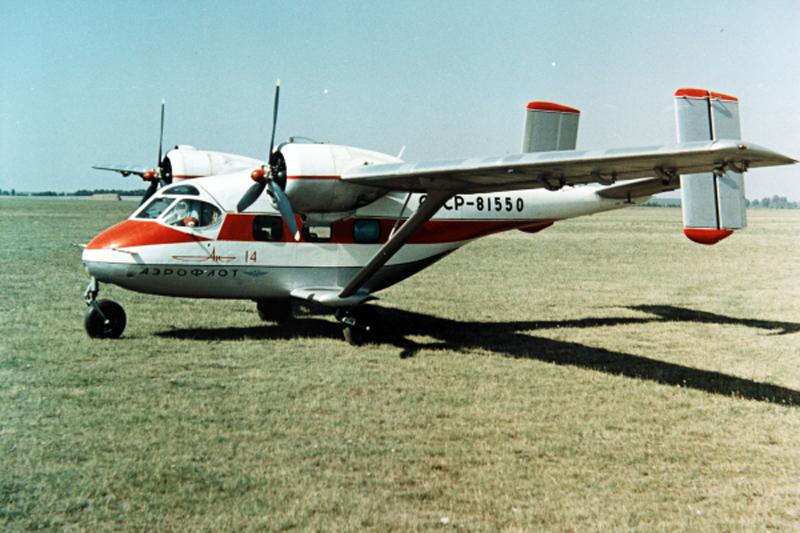 A light short-takeoff-and-landing transport powered by a pair of 300-hp. Ivchenko AI-14 radial engines, the An-14 first flew on March 15, 1958, and was given the NATO reporting name Clod. Antonov produced more than 330 cargo and passenger versions. The improved An-28 with turboprop engines flew in 1973 and was produced in Poland by PZL-Mielec, which still builds the upgraded, Western-engined M28. 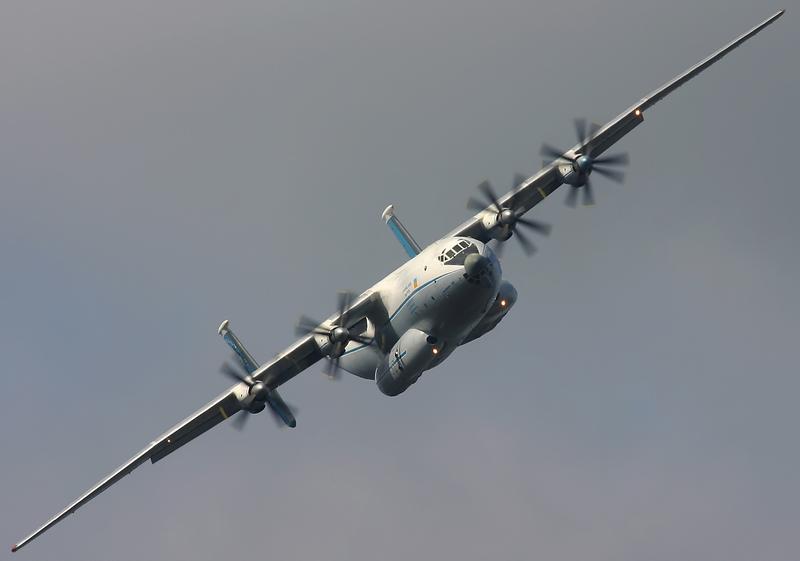 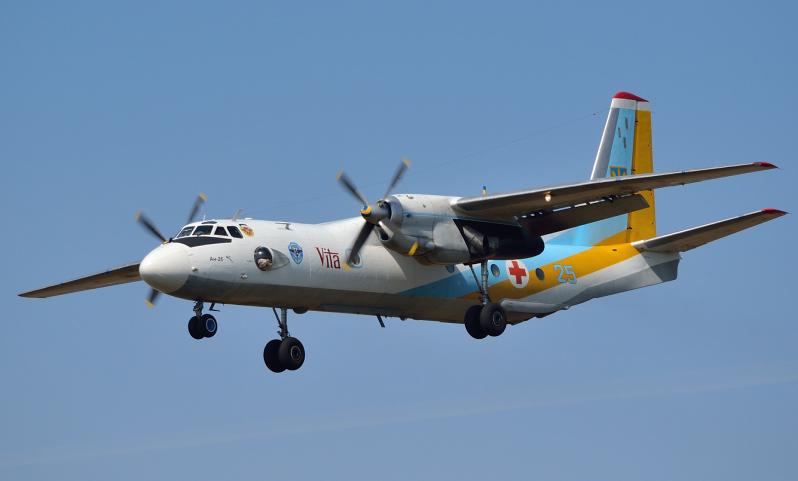 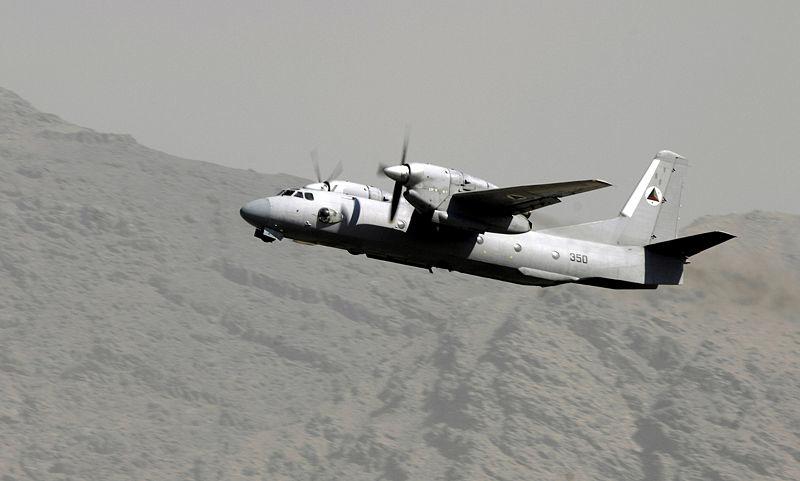 The An-32 was a development of the An-24 designed for hot-and-high operations. The aircraft was reengined with 5,100-shp Progress AI-20 turboprops placed high above the wing to drive large propellers. Given the NATO reporting name Cline, the An-32 first flew on July 9, 1976. 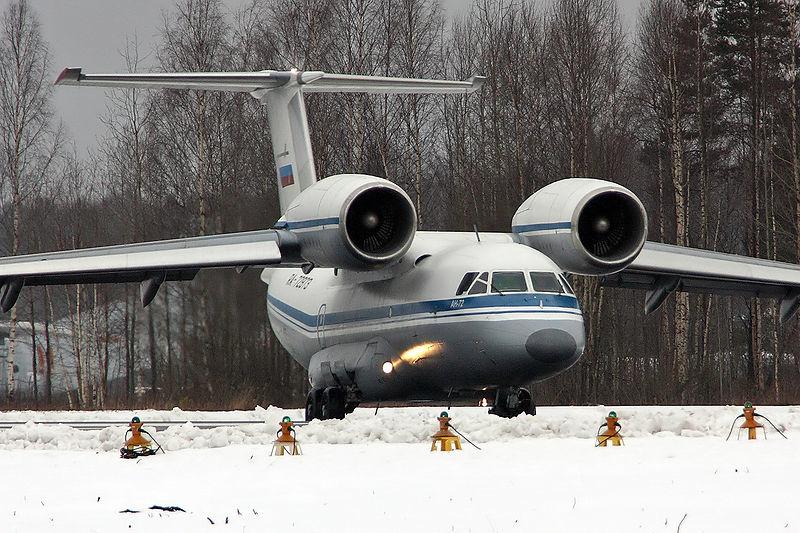 Antonov’s first jet-powered transport, the An-72 is a short-takeoff-and-landing military transport with the engines mounted so their exhaust blows over the wing and flaps to increase lift at low speed. Powered by two 14,300-lb,-thrust Lotarev D-36 turbofans, the An-72 first flew in 1977 and was given the NATO reporting name Coaler. A radar-equipped airborne early warning version, the An-71, was flown but never produced. The stretched An-74 was originally designed for arctic operations. 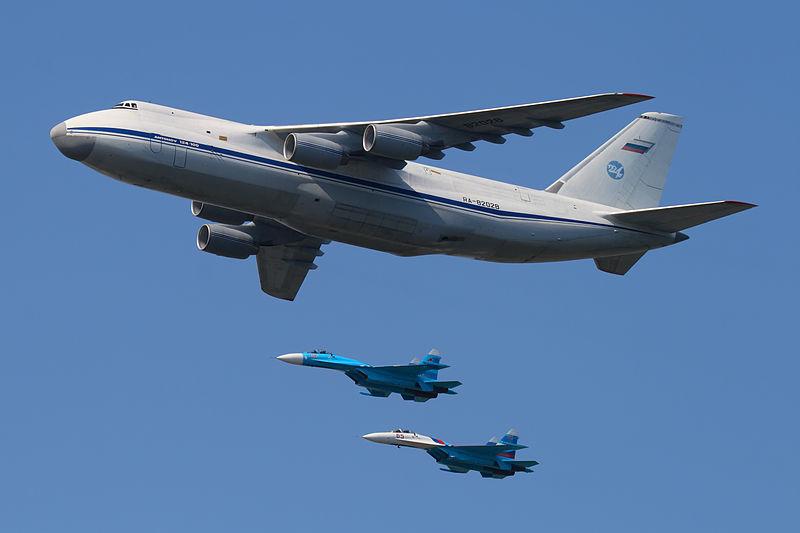 The An-124 Ruslan, NATO reporting name Condor, was the Soviet Union’s principal strategic airlifter. Just six years ago, Antonov was in negotiations to restart production of a modernized aircraft to form the backbone of the Russian air force’s heavy-lift fleet. Today, Antonov only supports commercially operated An-124s. Powered by four 51,600-lb.-thrust Progress D-18T turbofans, the An-124 first flew on Dec. 28, 1982, and 55 were built. A larger version, the six-engine An-225 Mriya (NATO: Cossack) was built to carry the Soviet Buran space shuttle and is in use commercially carrying outsize payloads. 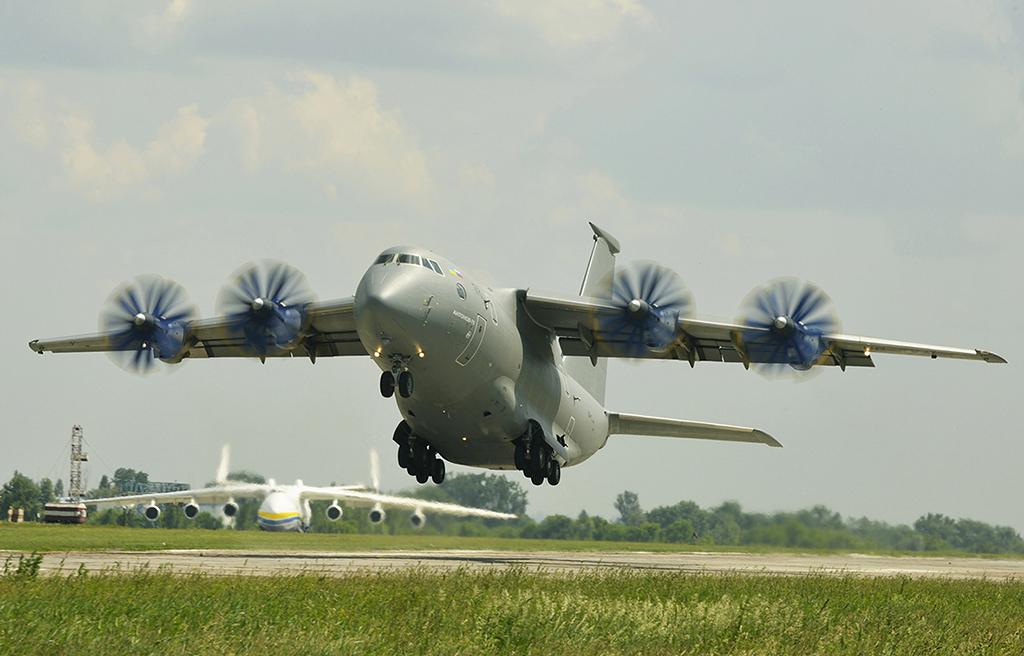 Developed to replace the widely used An-12, the An-70 is a medium-range airlifter powered by four propfan engines and with short-takeoff-and-landing capability. But development and production plans were hit first by the collapse of the Soviet Union and latterly by the schism between Russia and Ukraine. Antonov first flew the An-70 on Dec. 14, 1994, and development testing continues, and in January 2015 Antonov announced Ukraine had approved production of updated An-70s. Antonov is now talking about a jet-powered An-188 closely resembling the An-70. 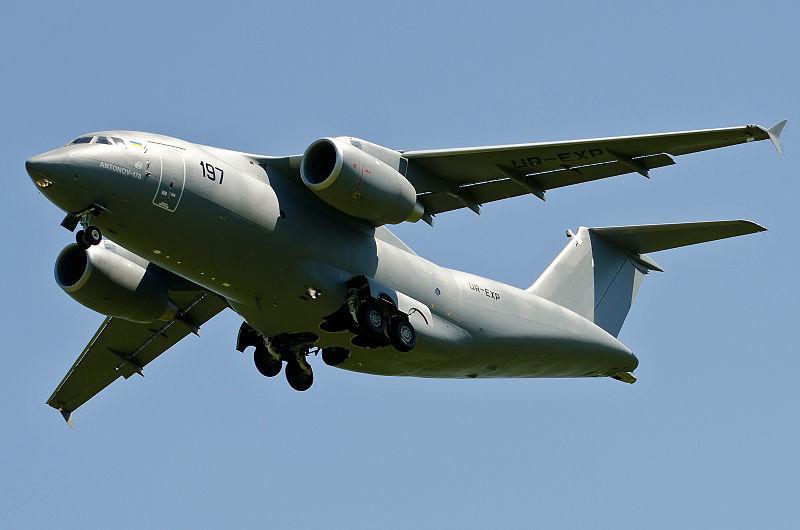 Antonov’s latest transport aircraft is the twin-turbofan An-178, under development as a replacement for the An-12 and older Western airlifters. Also a competitor for aircraft such as the Lockheed C-130J and Embraer KC-390, the An-178 is based on the An-158 regional jet, with a wider fuselage incorporating rear loading ramp. Powered by two Progress D-436 turbofans, the An-178 made its first flight on May 7, 2015. Antonov is planning a version with Western engines and avionics. 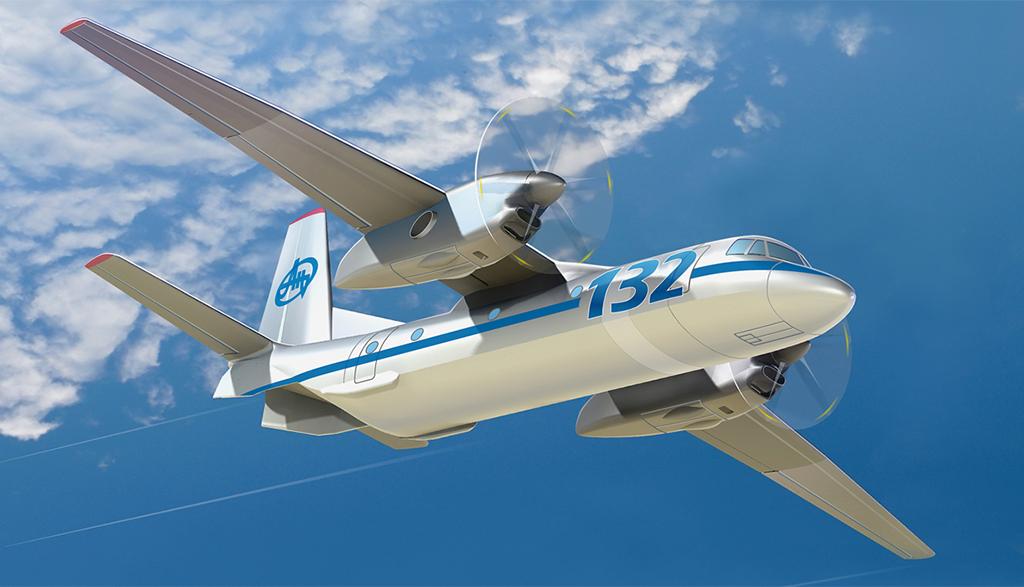 Antonov has partnered with Saudi Arabia’s King Abdulaziz City for Science and Technology and Taqnia Aerospace to develop a modernized An-32, the An-132, reengined with Pratt & Whitney Canada PW150s and with Honeywell Primus Epic avionics, to be built in the Arab nation. The prototype is to fly by the end of 2016. Saudi Arabia has signed a memorandum of understanding for four aeromedical, four surveillance and two jamming versions.

A storied producer of transport aircraft, Ukraine’s Antonov has struggled since the collapse of the Soviet Union and suffered from the recent schism with its biggest customer, Russia, over the crisis of eastern Ukraine. But the manufacturer is making a comeback with new designs and upgrades. We take a look back over the company’s history.

Read more about Antonov's search for partners in the West and elsewhere.​