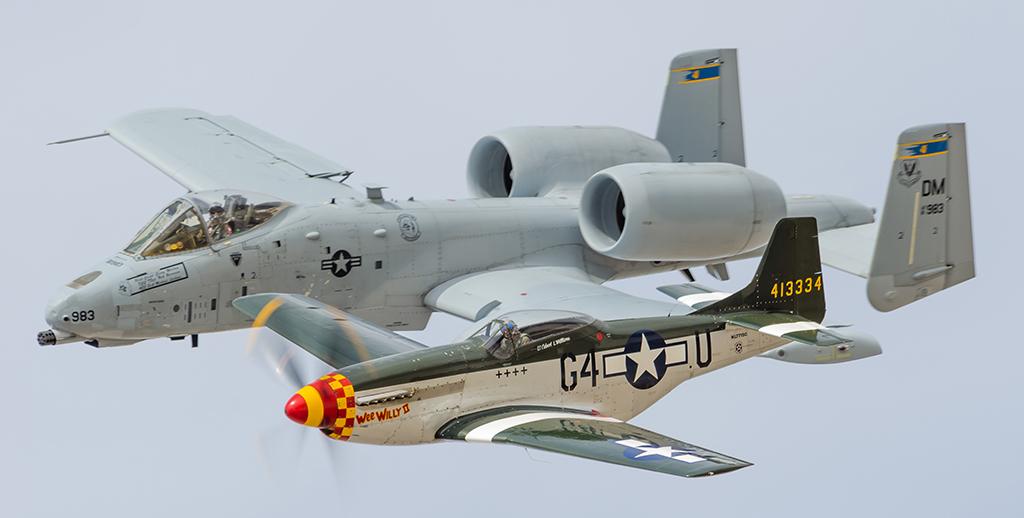 Credit: Nick Nelson/Surprise, Arizona
Heritage flight of A-10 and P-51. 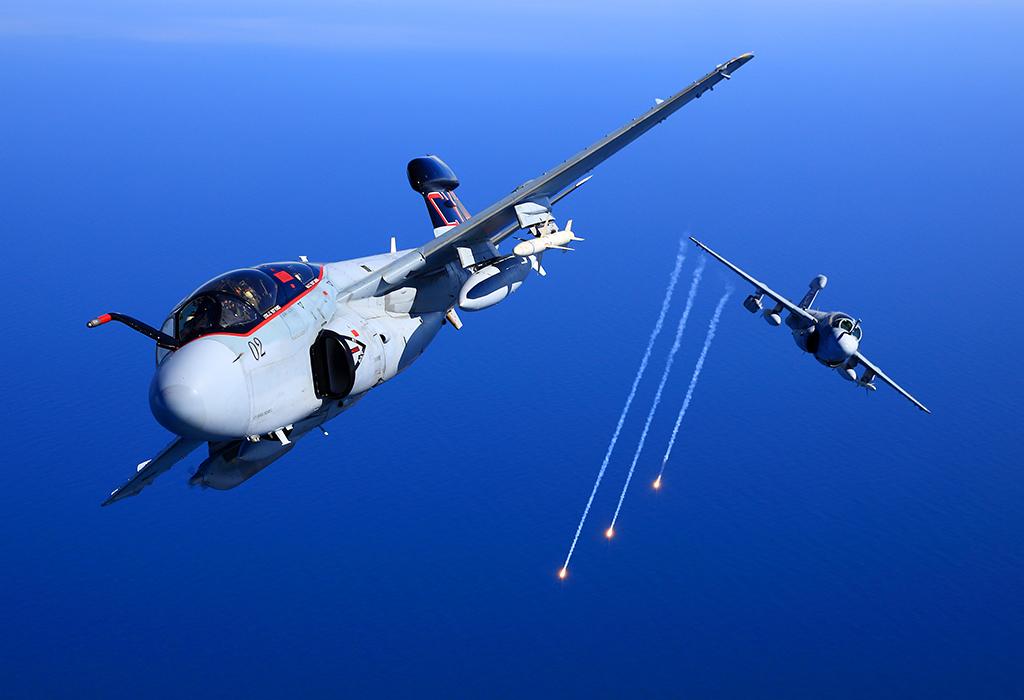 Credit: Yissachar Ruas/Bet Shemesh, Israel
A pair of EA-A6B Prowlers flown by VMAQ Sqdn. 2 "Death Jesters" ("Can Do Easy"), based at MCAS Cherry Point, North Carolina, popped some flares in farewell on their final operational flight. Carrying their AGM 88 radar-killers, these aircraft were operational until the very end of their service stints. 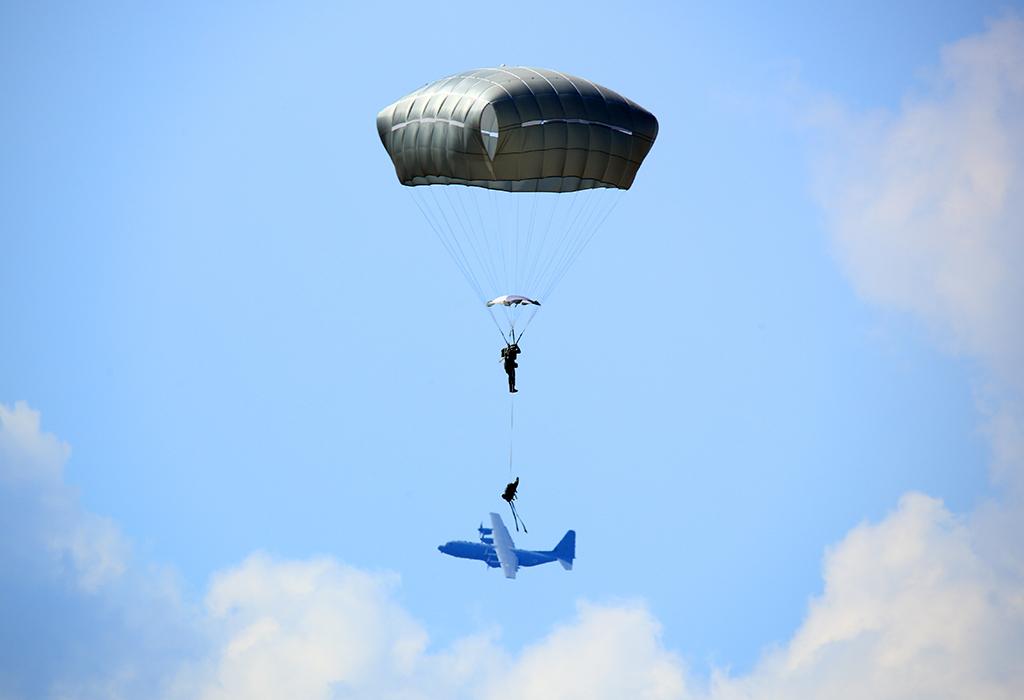 Landing On Top Of Samson

Credit: Yissachar Ruas/Bet Shemesh, Israel
An Israel Defense Forces paratrooper finds a way to land back on the C-130J "Samson" that "tossed" him out. 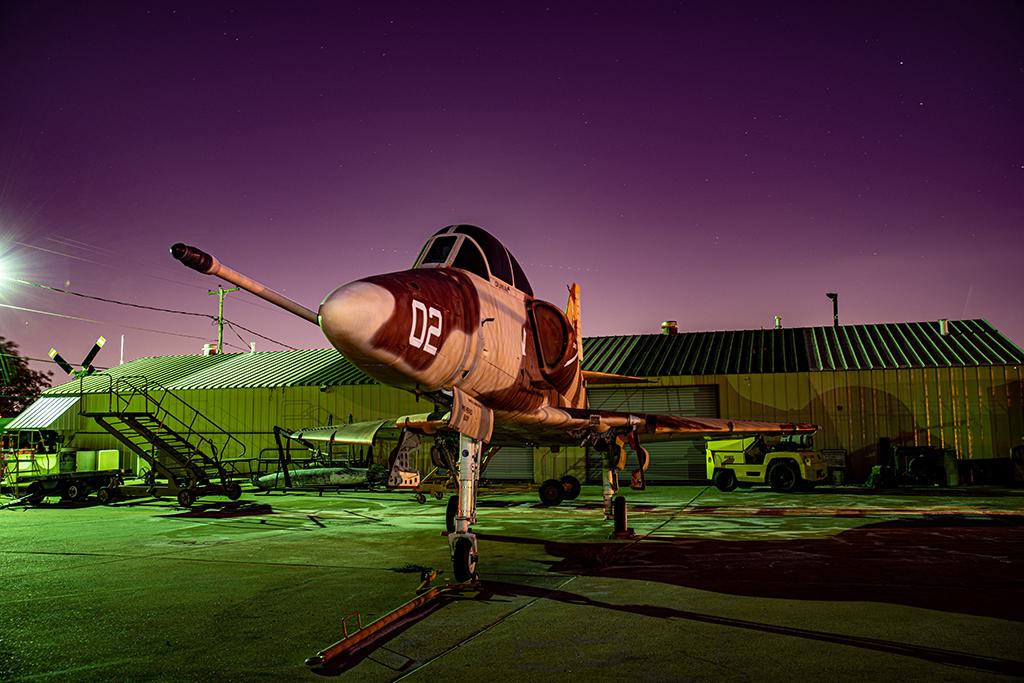 Credit: Larry Melby/Dallas
The Fort Worth Aviation Museum's A4 Skyhawk was photographed using a 30-sec. exposure light with two sodium vapor lights and painted with three flashes of an off-camera flash. 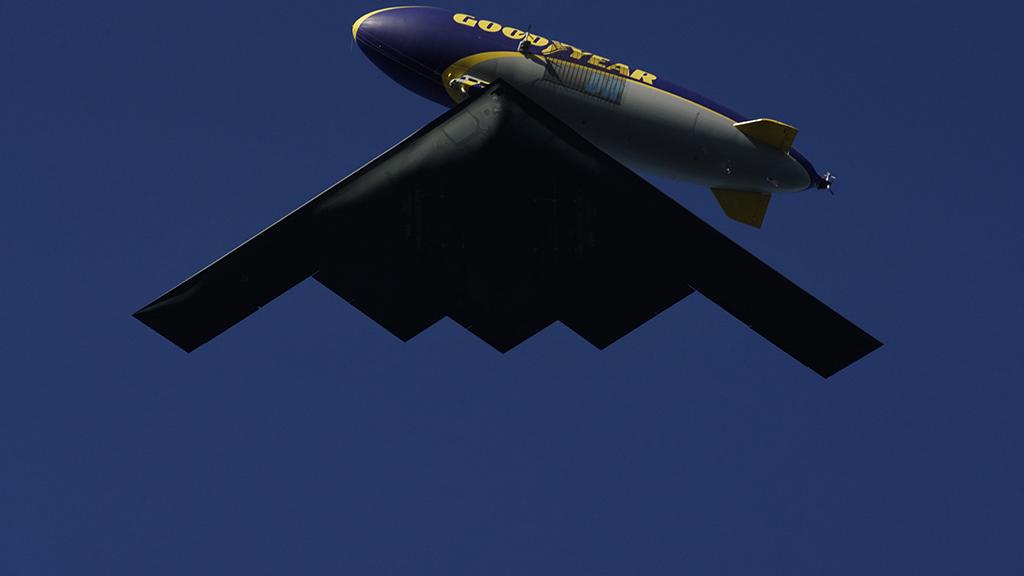 Credit: Jose Castiel/Lancaster, Pennsylvania
A B-2 Spirit bomber flew straight down Colorado Boulevard and directly underneath a Goodyear blimp that was providing aerial television coverage at the start of the 2019 New Year's Day Tournament of Roses Parade in Pasadena, California. The photo was taken with a Sony a99II camera using a Tamron 70-210mm Model 67D lens. 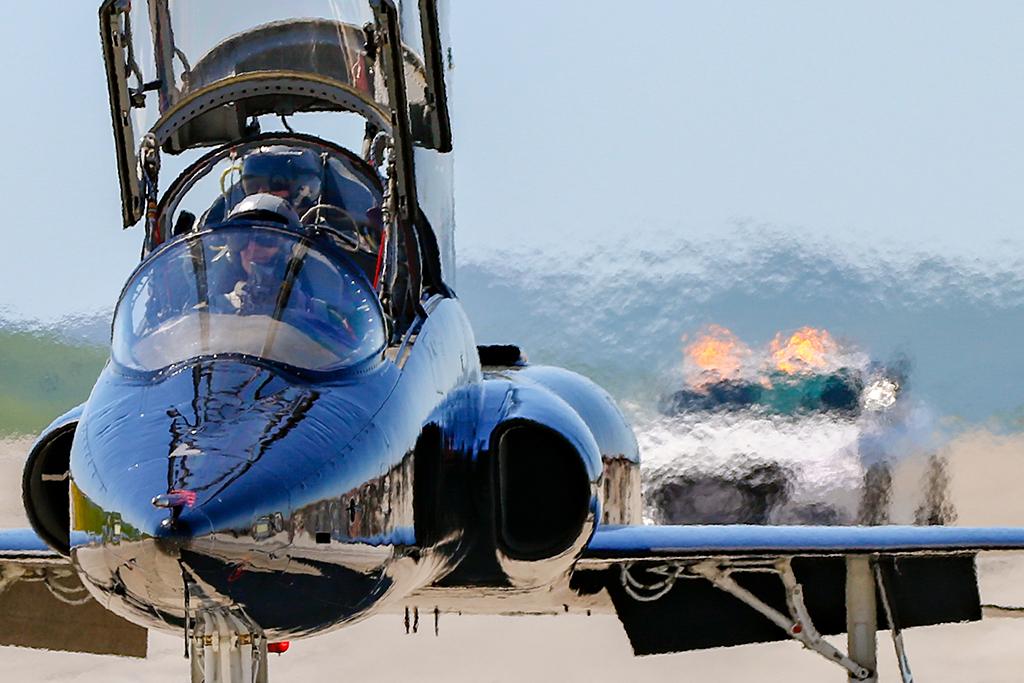 Credit: Michael Tessler/Danville, California
A Team Beale T-38 and U-2 chase car at the Travis AFB, California, "Thunder Over the Bay" Air Show. 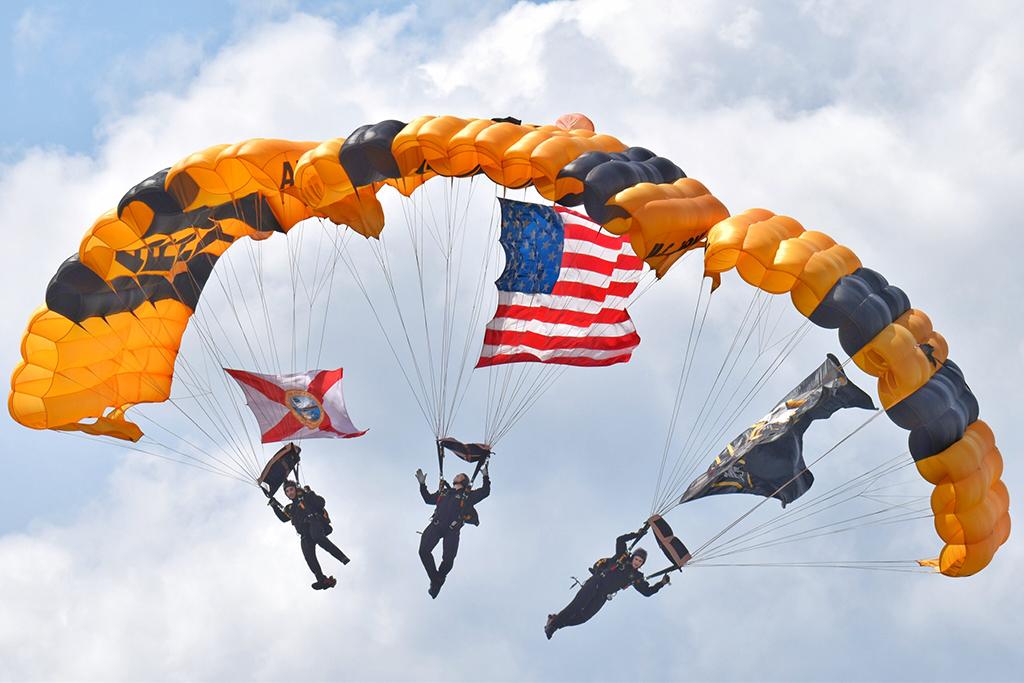 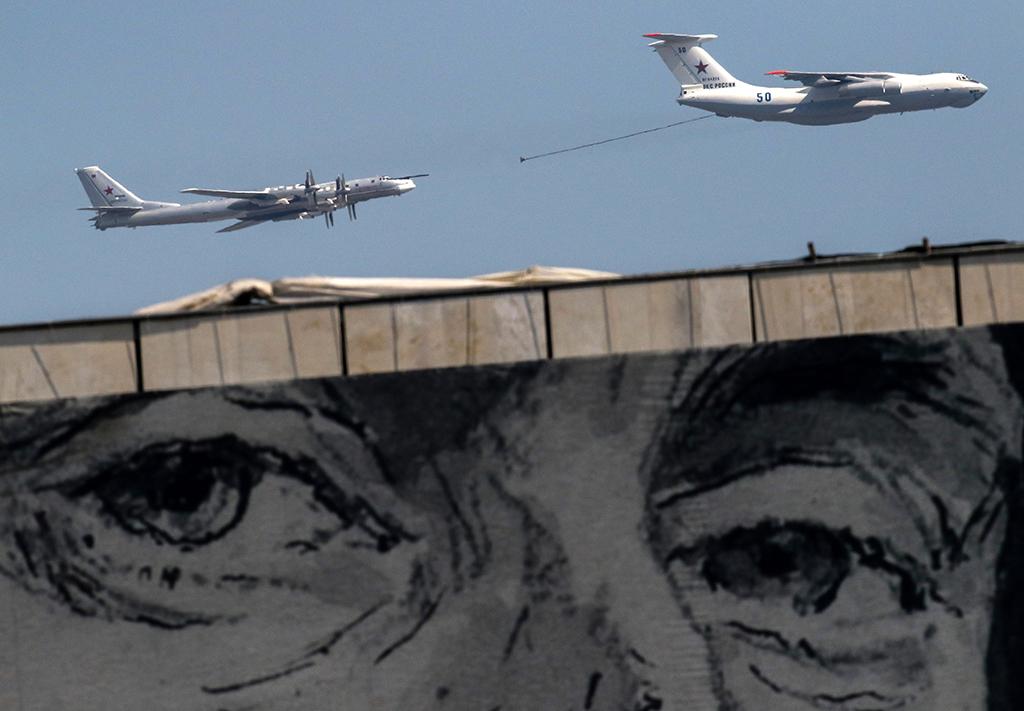 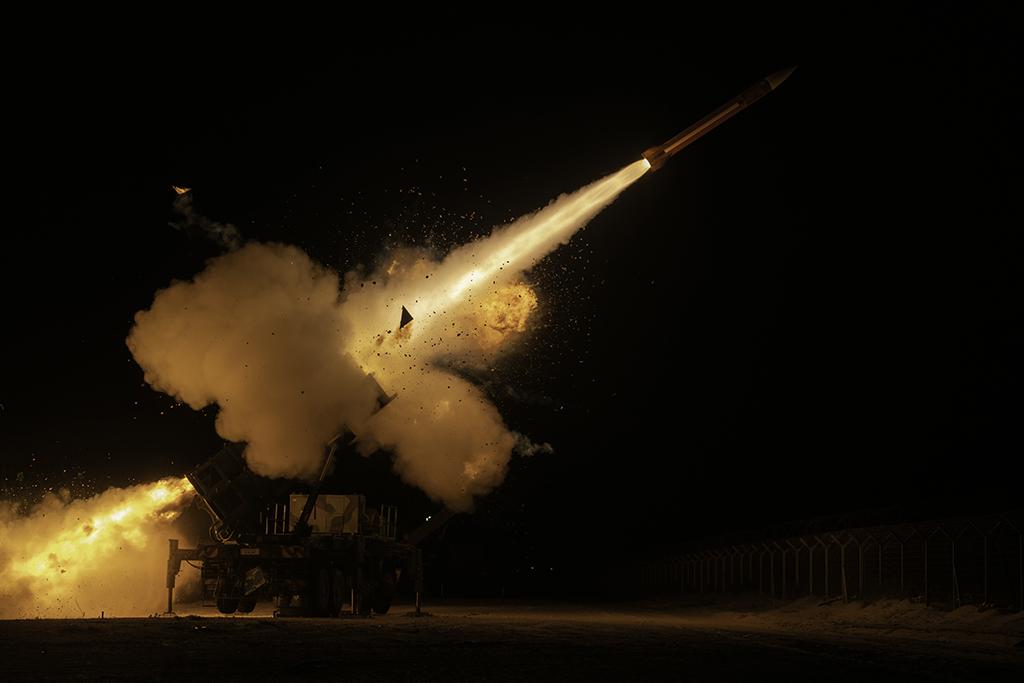 Credit: Avichai Socher/Givat Shmuel, Israel
A unique night launch of an Israeli MIM-104D Patriot missile, sharply captured while being fired at a target in the sky. All the canister fragments are visible in the light of the launch's fireball. 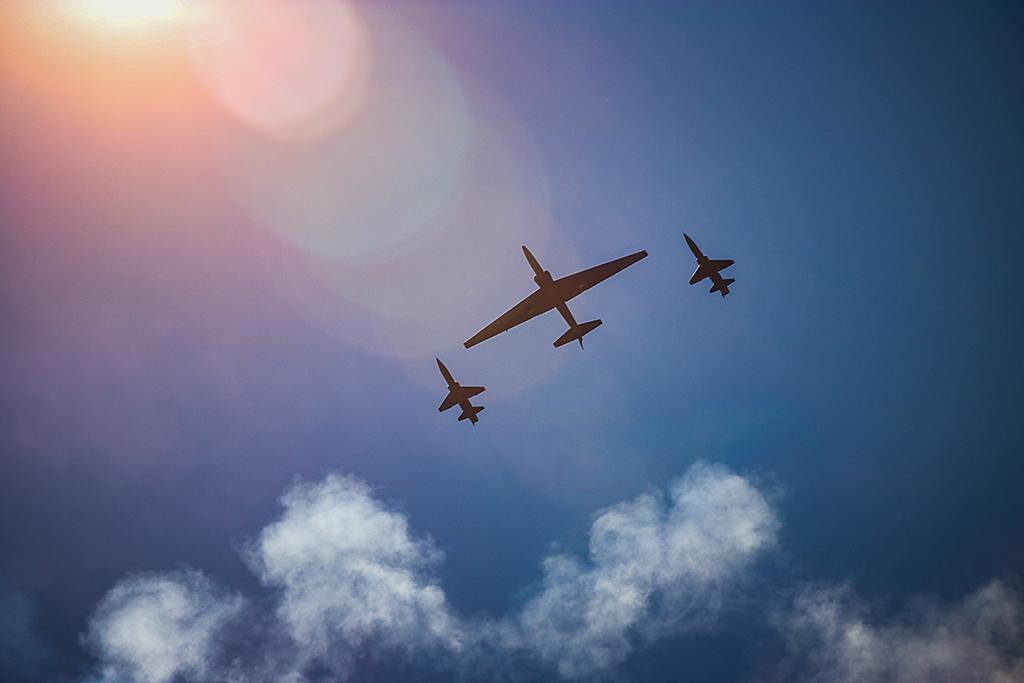 Into The Deep Blue Sky

Some of the finalists in the defense category captured tricky parachuting maneuvers, Russian mid-air refueling, a farewell flight, and a missile shot.