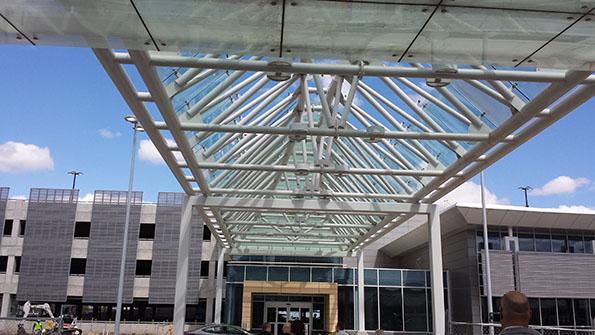 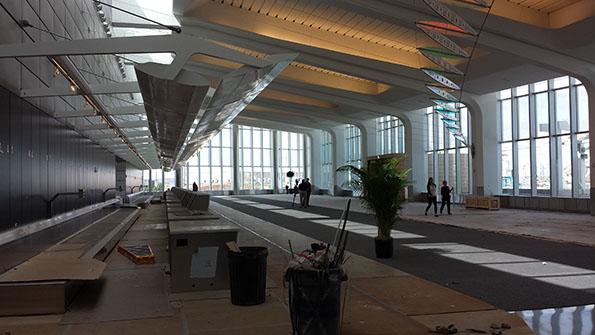 Wichita Dwight D. Eisenhower National Airport’s new terminal features a 40-foot “Great Hall” with a glass façade and skylights, and a sculpture by artist Ed Carpenter made from aluminum rods and dichroic glass. 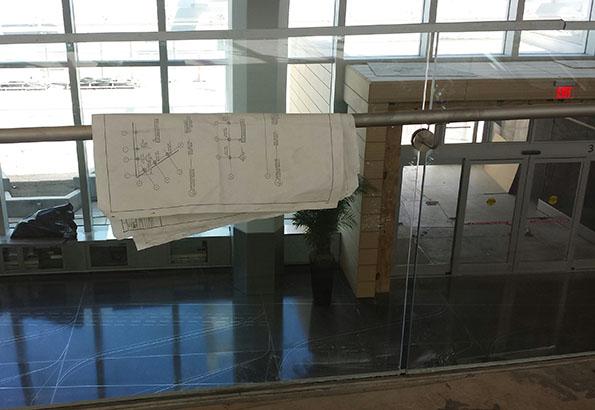 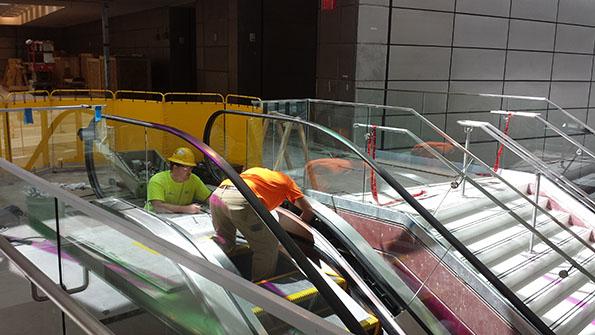 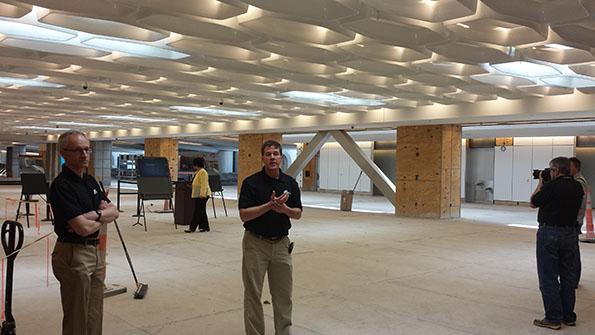 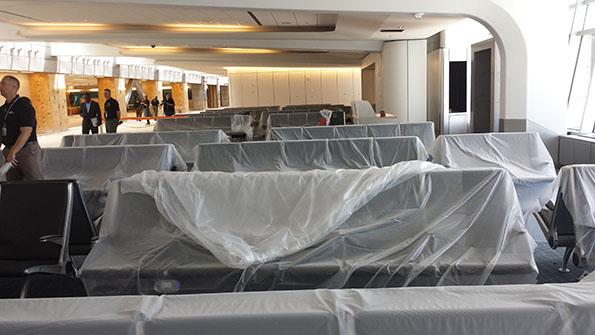 Seating for passengers at one of 12 gates inside Wichita Dwight D. Eisenhower National Airport’s new terminal. 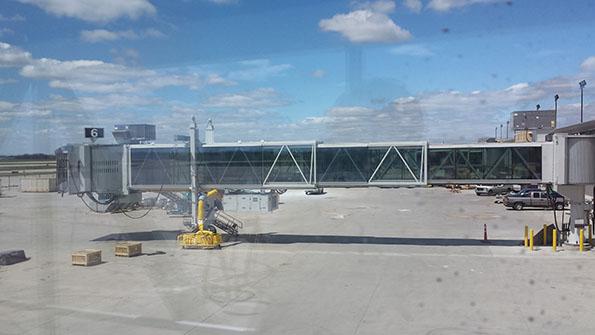 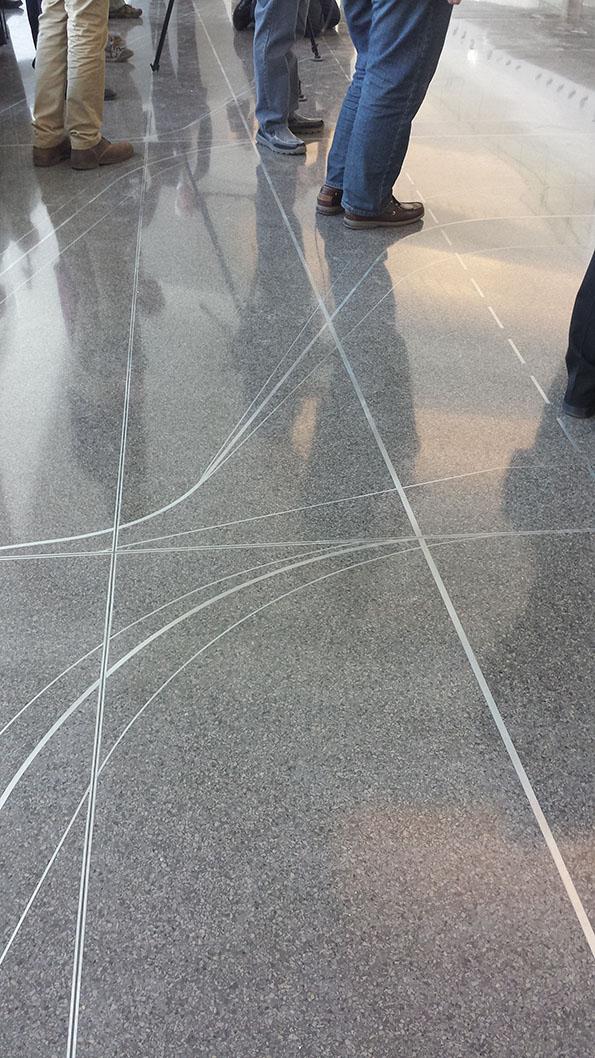 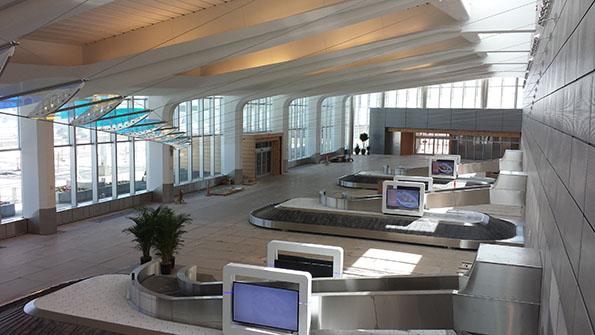 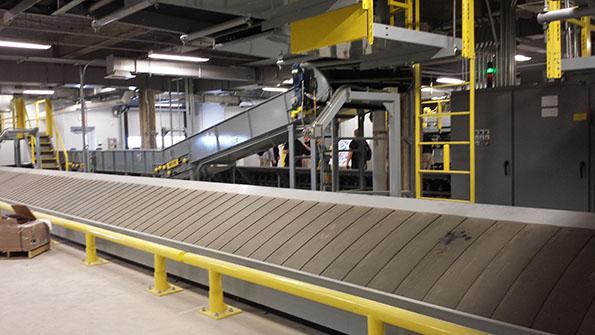 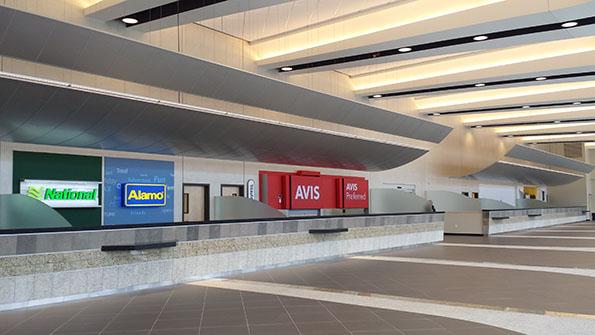 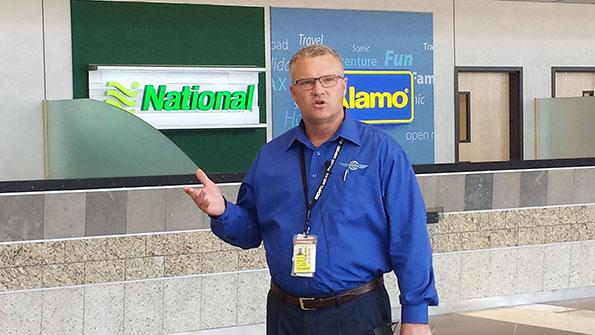 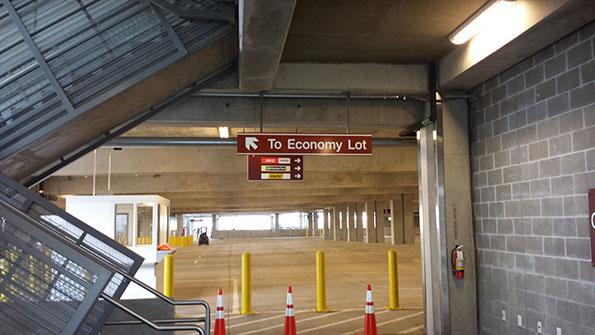 Construction of a new airport terminal at Wichita Dwight D. Eisenhower National Airport is nearing completion. Commercial flights are expected to begin in late May.

The airport’s name officially changed from Wichita Mid-Continent Airport in November. It is Kansas’s largest airport.

The state-of-the-art terminal was designed to reflect aviation’s prominence in Wichita.

The 275,000 sq. ft. two-story terminal features 12 gates and two concourses large enough to serve two million passengers a year. In 2014, 1.53 million passengers flew in and out of the Wichita airport, where five airlines make 72 daily flights. The total cost of the project is $200 million, including $160 million for the terminal and $40 million for the parking garage and rental car facility. Its funding comes from revenue generated on the airport and from user fees.

The building itself evokes the feeling of flight and reflects the swoop of an aircraft wing. The interior is awash in natural lighting from a wall of glass and skylights. It’s also designed with passenger flow and comforts in mind, airport officials said.

All photos by Molly McMillin.