This is the last part of a three-part article. Here's the first part and the second part.

There are two things happening in this month’s report. It correctly focuses on the fueling problem that apparently was prevalent in the cited operation. If we give him the benefit of the doubt, the pilot obviously hoped he had enough fuel to make it to his destination--but he didn’t.

But there’s another problem mentioned as the cause of this accident. It comes through in the findings and the witness statements, and has to do with the big fans that are turning in front of the engines on a twin-engine airplane. With three years of turboprop experience and now relegated to flying my own little twin, I’ve tried to become very familiar with problems that may arise from this configuration.

Problem 1: Those propellers, regardless of being turbine- or piston-powered, both turn in the same direction. This means, with U.S.-manufactured twins, that if the right-hand propeller is the one operating, as may have been the case in this instance, its center of thrust is essentially twice the distance from the center line of the airplane than if the left engine is operating. We say the left engine is the critical engine and that seems to imply that it’s critical for it to be operating. Actually, the reverse is true. The left engine is critical when it isn’t the only engine operating.

Problem 2: Add to this the spiraling of the propeller slipstream over the tail as the aircraft is yawed.

Problem 3: There is a lot more wind blowing over the wing in front of the operating engine and the situation rapidly deteriorates as the airplane slows. The final straw in the equation is the last problem.

Problem 4: The pilot usually has a very high amount of rudder pushed in away from the direction in which the single operating engine is trying to take the machine. This deflected rudder creates a huge amount of force against the operating engine. We bank 2 or 3 deg. into the operating engine so that the tilting of the lift vector offsets this rudder force. As the angle of attack increases, at some point the rudder can be blanked out or stall, and all that force is released in the direction the airplane has been trying to roll in the first place. Once this happens, the yaw momentum generated is almost impossible to overcome. That is why witnesses saw the plane in an “air-show-like mode.”

Procedures for handling an engine-out in a highly sophisticated turboprop such as a King Air are much different than those in a Chieftain. Automatic yaw compensation, auto-feather and engines much more capable of carrying the load make it easier to maintain control in that type of twin when there is a loss of engine.

Nevertheless, even with the rudder automatically deflected to one side and with the offending propeller auto-feathered the dynamics are the same--it’s just that automation may give the pilot a second or two more to figure out what’s going on.

If a modern turboprop airplane were to lose an engine just at liftoff and that lift occurred just at the velocity of minimum control, Vmc, and coincidentally with the failure of one of those automatic systems, the instant decay of a few knots of airspeed and the max power setting on the other engine could make the only possible recourse to pull the power back on the operating engine and try to land straight ahead. That could happen in a turboprop or in a piston twin. And it could happen in a split second. The lesser-experienced pilot or the pilot caught off guard who tries to fly the airplane will wind up in a snap roll scenario.

Then, there’s the landing phase with an engine out. Most of these procedures wind up slowing the airplane to obtain a landing configuration and proceed at an airspeed only slightly higher than normal. I think the problem with this is that if the airspeed should, for some reason, decay below Vse into the Vmc regime, it can be impossible to get it back without the rollover scenario coming into play.

Often the reason given for these procedures is that there shouldn’t be radically different landing configurations and speeds at the time when a pilot is dealing with a loss of an engine. I disagree. Pilots should be adaptive in their emergency procedures, not try to turn an emergency into a normal approach. Unfortunately, many of the problems that seem to happen in propeller twins that have lost an engine occur at low energy and down near the ground with the landing area in sight.

I think twin-engine procedures that make the single-engine approach a matter of energy management prior to landing, rather than a matter of flying speeds and configurations that are virtually the same as with both engines operating, would better serve the pilots. If I’m maneuvering on a visual downwind at 150 kt. and everything is going smoothly, why slow to 120 kt.? That’s 30 kt. of energy given up for no reason. On final, why get the gear and flaps out as I begin the descent? Why not instruct me to maintain that same 150 kt. or so until I can ease the operating engine back to idle, slowly get the yaw motion that the idle power will cause under control, and stand by to use the landing gear and approach flaps as virtual speed brakes to slow the airplane? If I held 30 kt. above normal with no gear or flaps until a short final, I’m sure that lowering the gear and flaps to landing configuration would bleed off most, if not all, of that excess before I touched the ground. By that time, I would’ve instructed the tower that one way or another, I’m landing out of this approach — there is no going around. I touch down in the first 1,000 ft. of the runway with anywhere from 2,000 to 5,000 ft. to slow down the machine. All the while I would’ve maintained enough maneuvering energy to overcome the need for a sudden change in direction, to stretch the glide, or bank to miss an obstacle. In other words, I would’ve left myself with safe maneuvering options.

As I stated above, if I misjudge the distance to slow down, I’ve put myself on the ground, right side up, with thousands of feet to dissipate as much of the energy as possible. In my opinion that beats flying in an “air-show-like mode.” 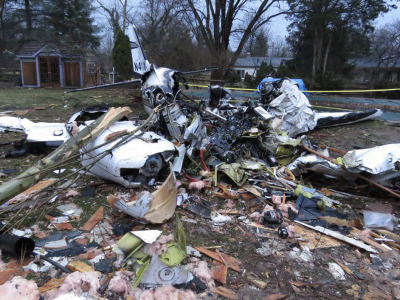 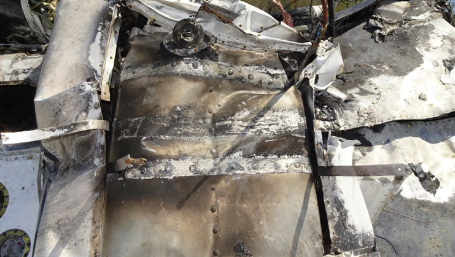