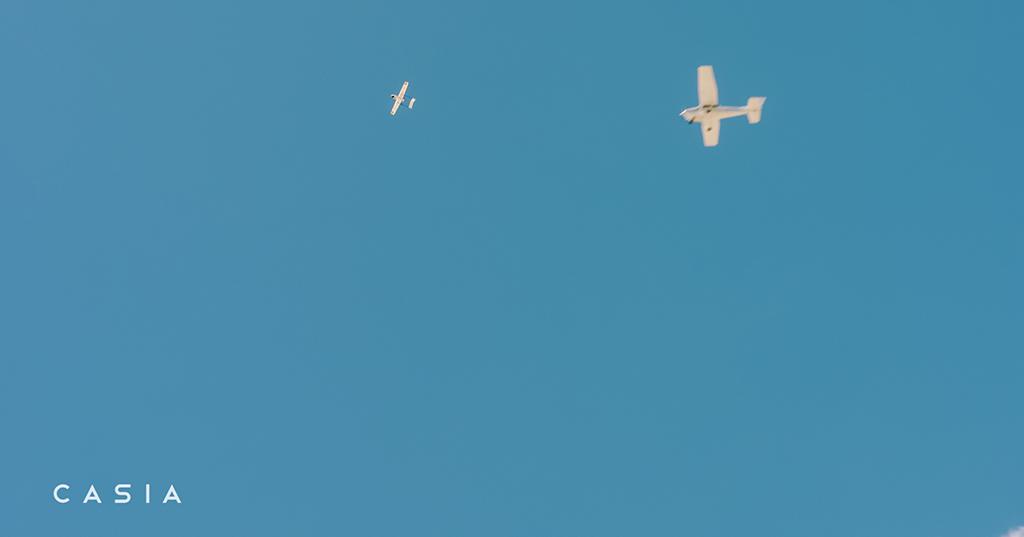 Iris Automation’s Casia computer vision system uses off-the-shelf cameras that enable drones to detect and avoid aircraft by spotting and classifying them from 0.75 mi. away (on average) up to 1.2 mi. In this 2019 flight test, Casia commanded a 22 lb. Applied Aeronautics Albatross drone (upper left) to spiral down to avoid a general aviation aircraft. 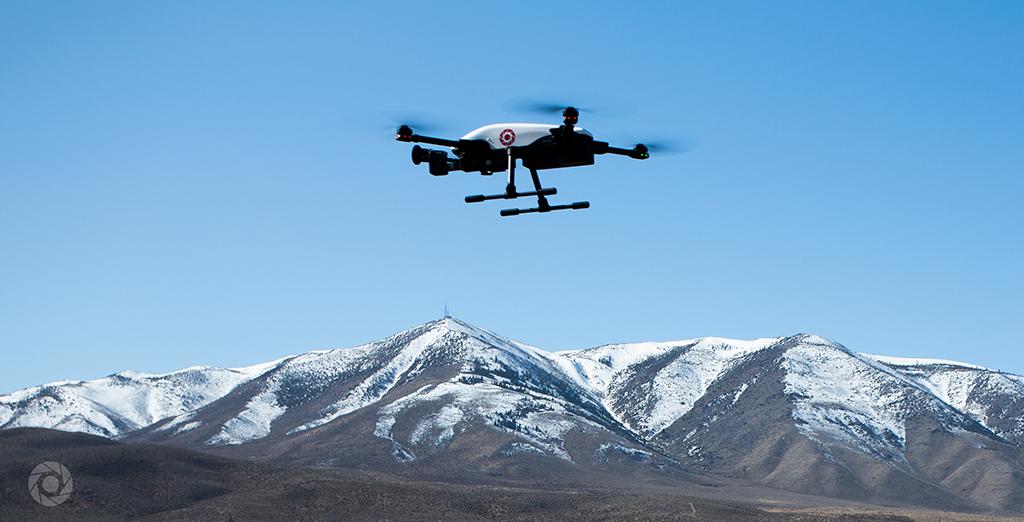 San Francisco-based Iris Automation tested this multirotor Endurance drone in 2019 using a 1- lb. Casia 1 system with a single forward-facing camera providing an 80 deg. field of view. The Casia 1 detect and avoid (DAA) system is being used by customers now in beyond visual line of sight (BVLOS) flying under FAA waivers. The FAA is working to make BVLOS flying more routine in the future. About 20 customers are flying Casia 1 systems on 50 drones for industrial purposes, the company reports. 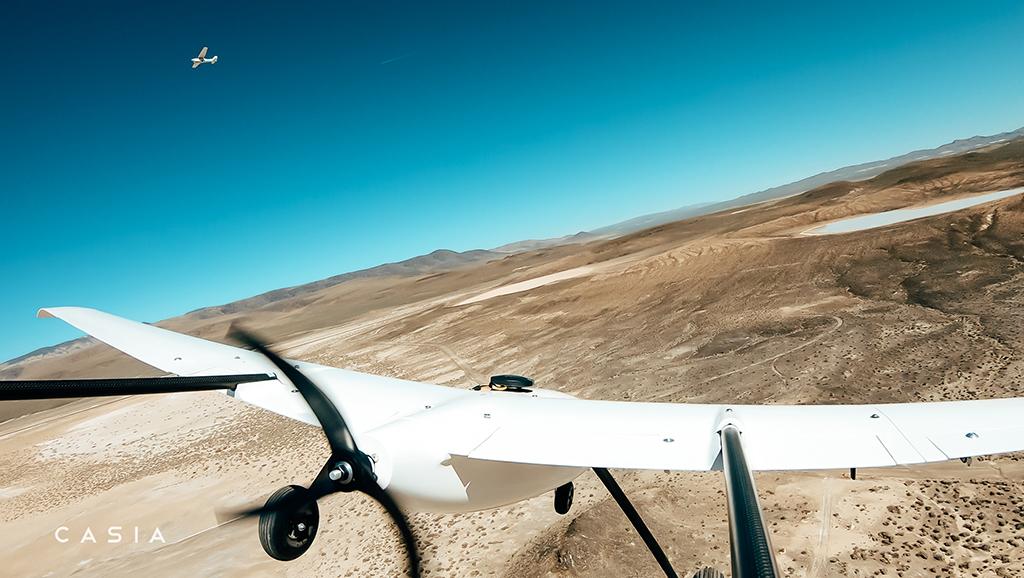 An Albatross drone detects an aircraft (upper left) as captured by a Go Pro camera mounted on the tail of the drone. Iris Automation, which also has a base in Reno, Nevada, has conducted 16,000 such encounters over the Nevada desert, not all of which included avoidance maneuvers by the drone. There are no head-on encounters for safety reasons, as small target profiles and the fast closure rates dictate these are only studied in a simulator. The meta data from the Casia system (upper left) is superimposed on this image including aircraft identity, range and speed. 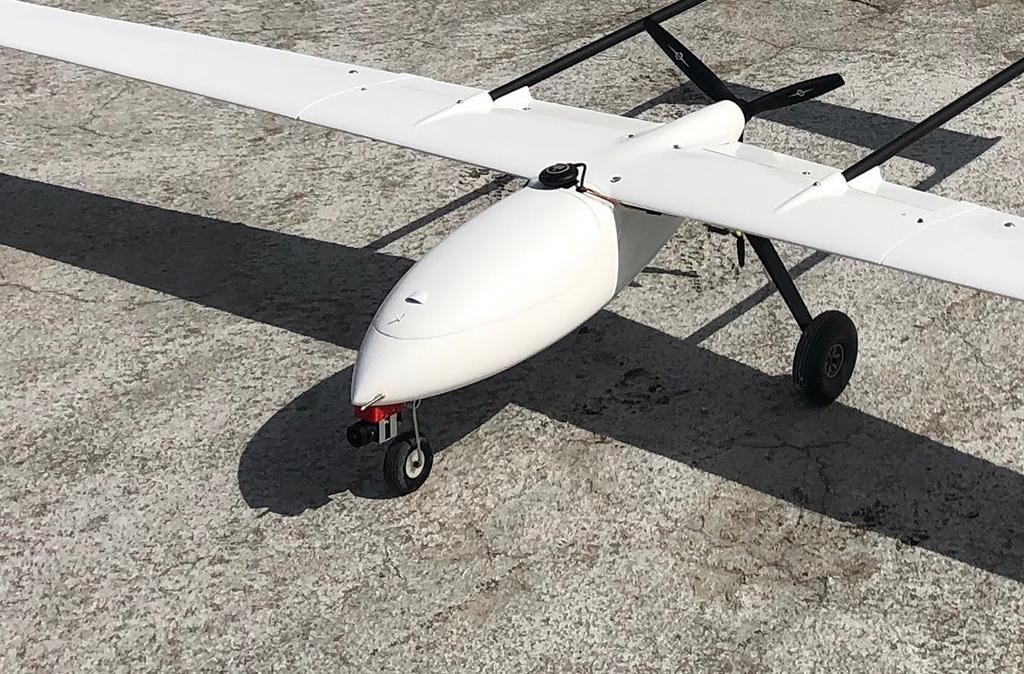 A single forward-facing camera with an 80-deg. field of view is mounted on this Applied Aeronautics Albatross drone, which uses the 1-lb. Iris Automation Casia 1 system to detect and avoid aircraft. A heavier 4-lb. Casia X system with five cameras for larger drones provides 360 deg. coverage that may be needed to meet future FAA regulations for routine BVLOS flying. The drones in the flight tests operate at 400 ft. or below. 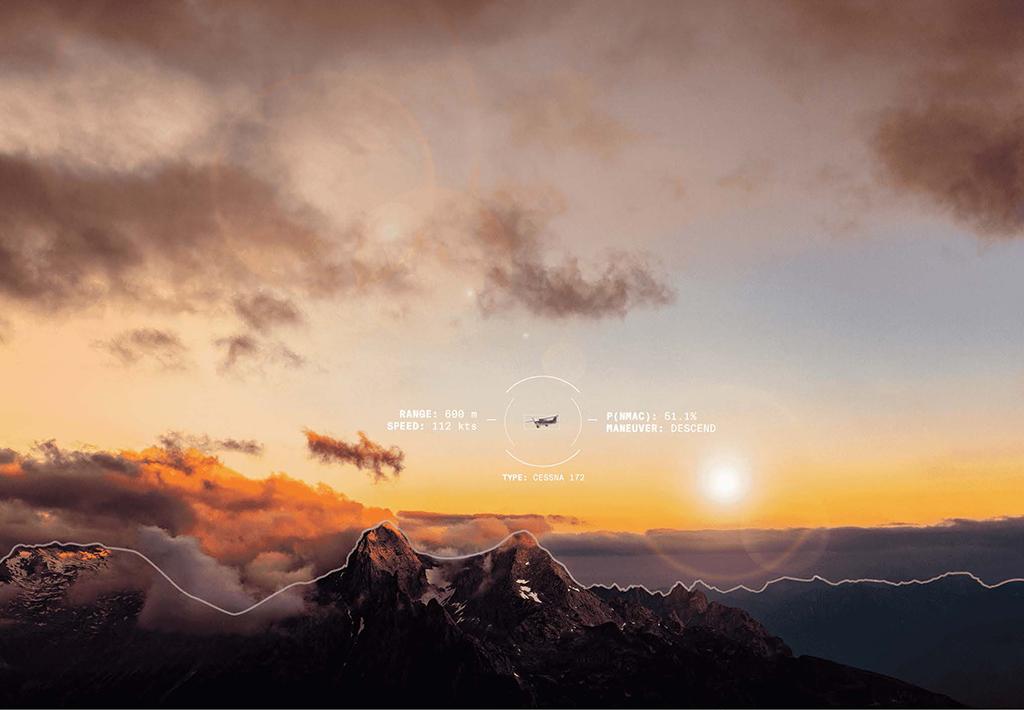 The Casia 1 DAA system on a drone needs a horizon line (white line on mountain tops) to gauge the speed, distance and bearing of an intruder aircraft. Casia compensates for how high the sun is in the sky as it compares a sighting to its aircraft performance library to identify a general aviation aircraft, a passenger jet, a helicopter or another aircraft. Intruder aircraft performance affects when automatic avoidance maneuvers are commanded. 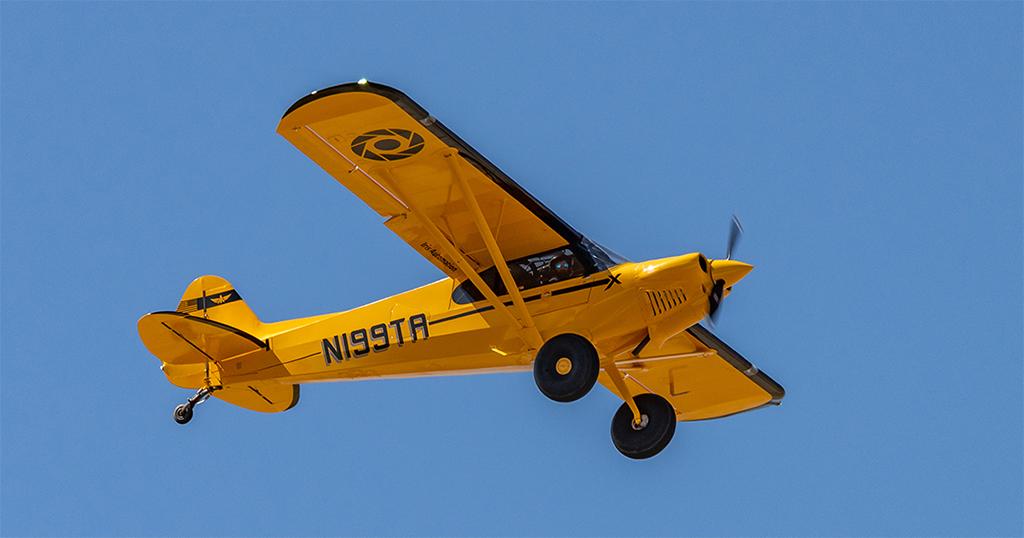 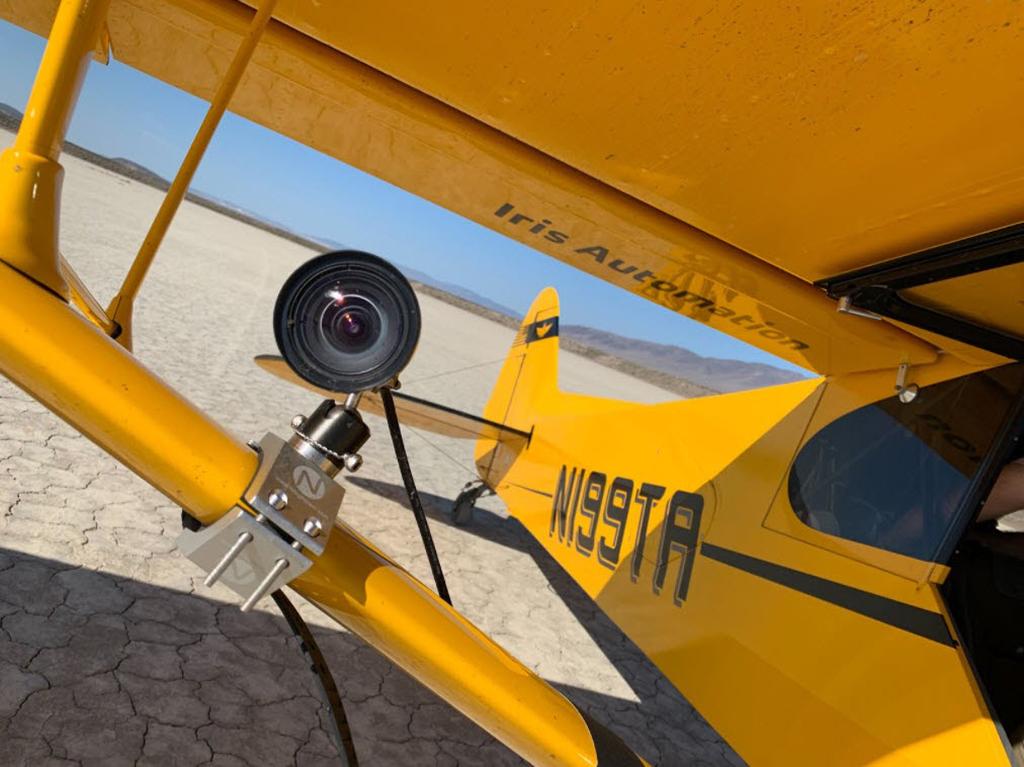 Iris Automation has tested how a general aviation aircraft like the company's XCub might be able to detect and avoid another aircraft using the Casia camera and computer vision system. A single camera is mounted on the strut to provide a forward view with 80 deg. of coverage. 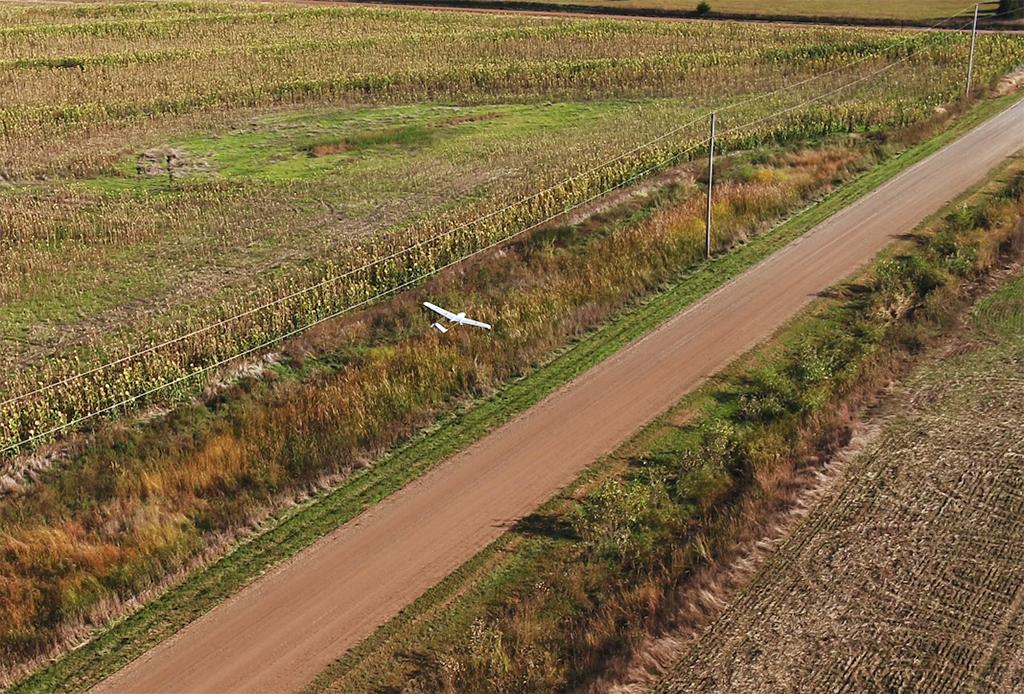 Iris Automation participated in flight tests hosted by Kansas State University in 2019 and involving energy company Evergy to show how powerline inspections can be conducted. The Albatross drone was equipped with an Iris Casia DAA system, which in one instance initiated a maneuver to avoid birds.

Founded in 2015 and now headed by former Boeing NeXT executive Jon Damush, Iris Automation has developed the Casia detect-and-avoid system for drones. In June, the company was named to serve on the FAA's new Beyond Visual Line Of Sight (BVLOS) Aviation Rulemaking Committee.