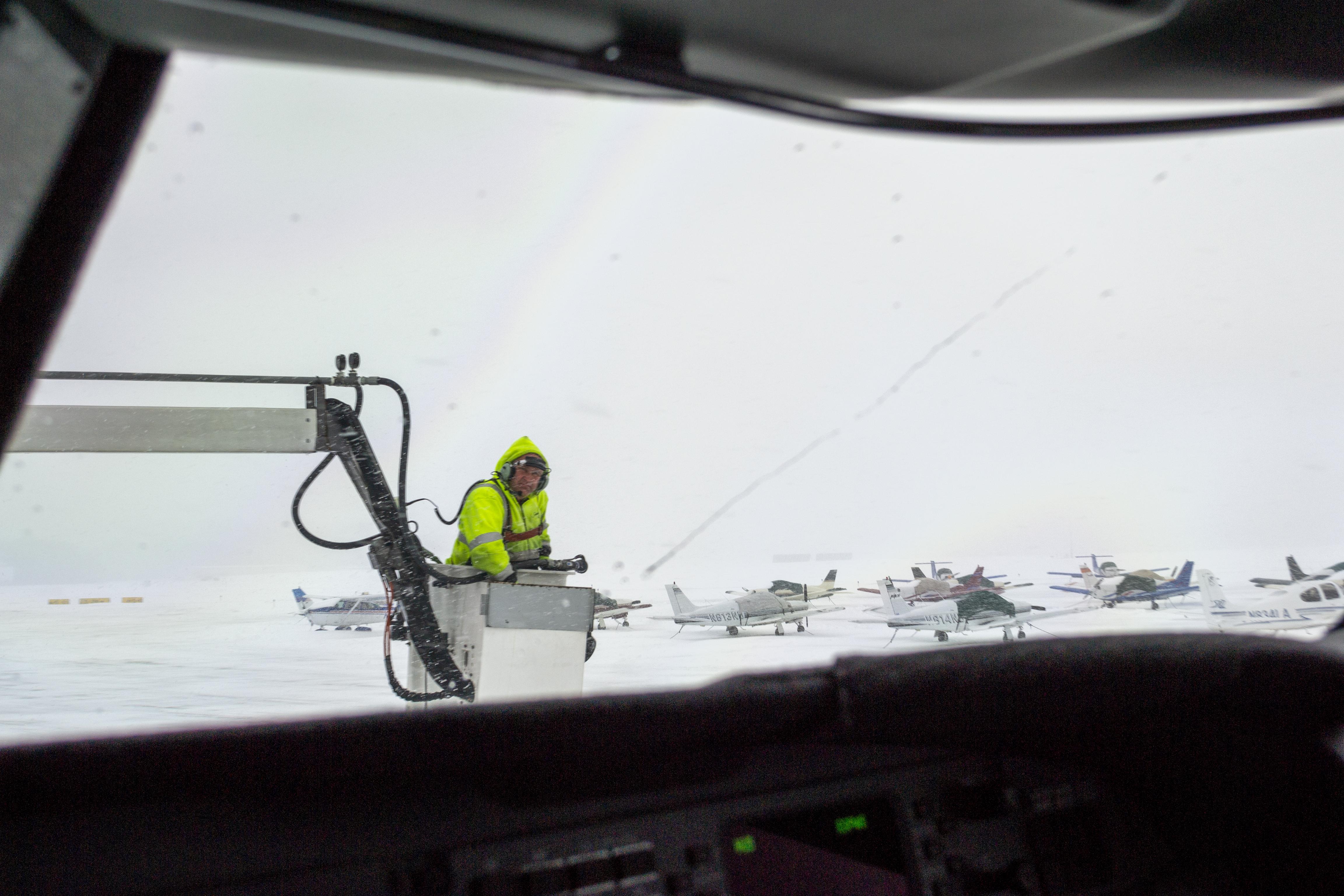 Many of us in the Northeastern U.S. have become so well practiced at the art of departing on a day with snow and ice, we can border on complacency. This can be especially problematic for anyone changing aircraft types, since some aircraft have unique procedures that are critically important. So, we cannot hope to produce a “one-size-fits-all” checklist for your next departure in snow. But what follows can serve as a quality control check for the checklist you already have, or the foundation of the checklist you’ve needed all along.

Me? I’ve been dealing with snow and jets for over 40 years. But I just moved from one type to another and the procedures are different. I need that checklist as much as the “noobe” just getting used to trudging around an airplane dripping with glycol. 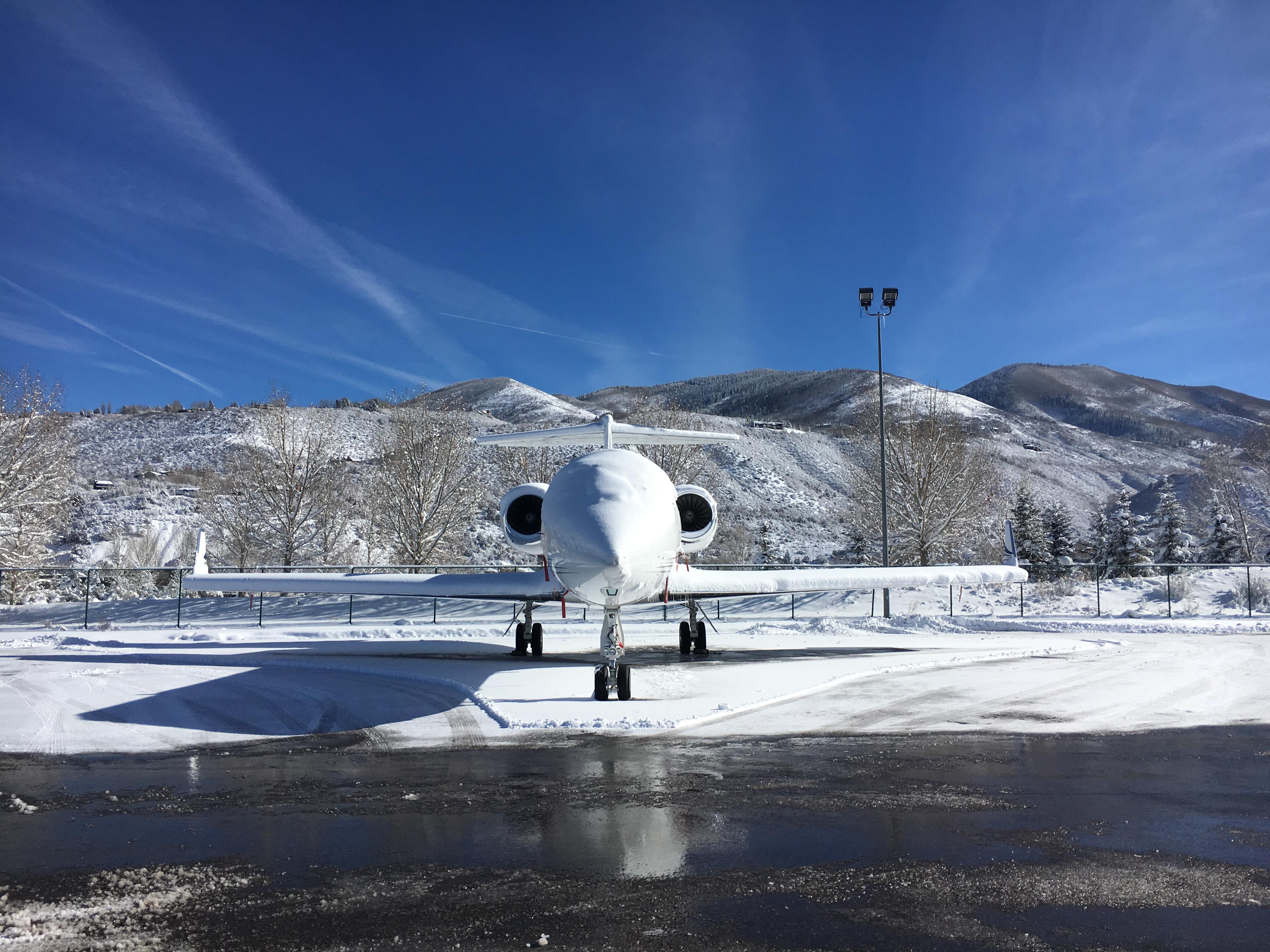 If going an hour earlier or later means not having to get in line for de-icing/anti-icing, the reduced sitting time in the airplane may be appealing to passengers. No doubt the reduced operating cost will appeal to the bill payers. The departure time adjustment could be just an hour, but that might be more than enough.

Short story: A few years ago, I was waiting for passengers in Teterboro while it was snowing, but things hadn’t yet reached the stage where the airport was using what they call “gate hold” procedures. Our passengers said they were delayed but would be on the road from Manhattan shortly. By the time they showed up, gate hold procedures were up to two hours and it appeared the airport was losing the battle with Mother Nature. Thirty minutes after our passengers showed up, the airport closed. Everyone headed for hotels. The next morning it took us three hours to dig the airplane out. The de-ice bill was epic. Thinking back, had I been more situationally aware of the intensifying snowstorm, I might have been able to convince our passengers to return more quickly and we could have avoided the mess entirely. 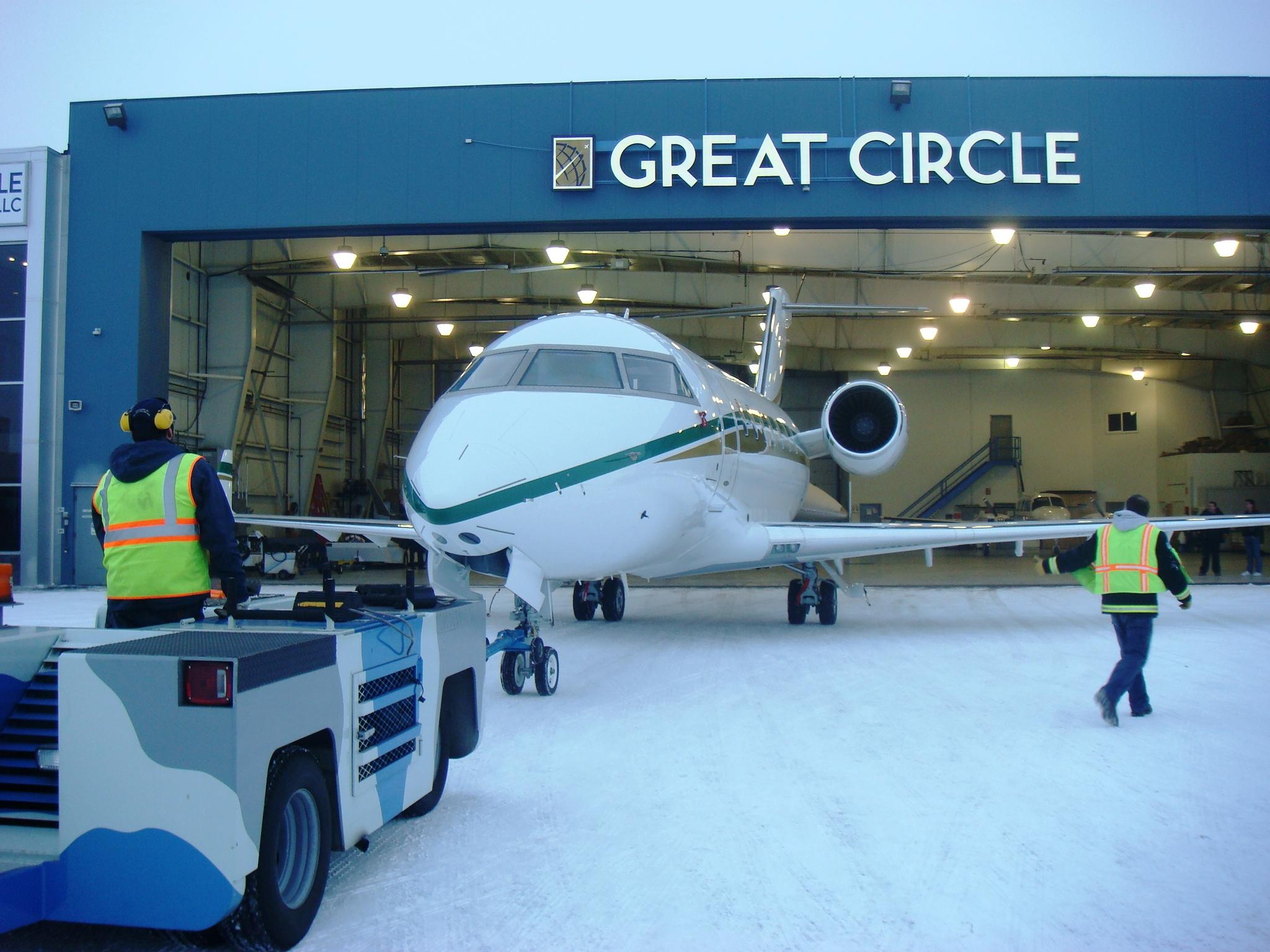 Paying for a night in a hangar can be much cheaper than to have the airplane deiced the next day. If no hangar space is available, it may even be cheaper to fly someplace nearby with hangar space.

Short story: I once flew for an owner who would not pay for hangar space away from our home airport. We never considered asking because we knew the answer ahead of time. We once departed Pittsburgh having spent over $6,000 to deice the airplane following an overnight snowstorm. We could have kept the airplane in a warm hangar overnight for less than $500. 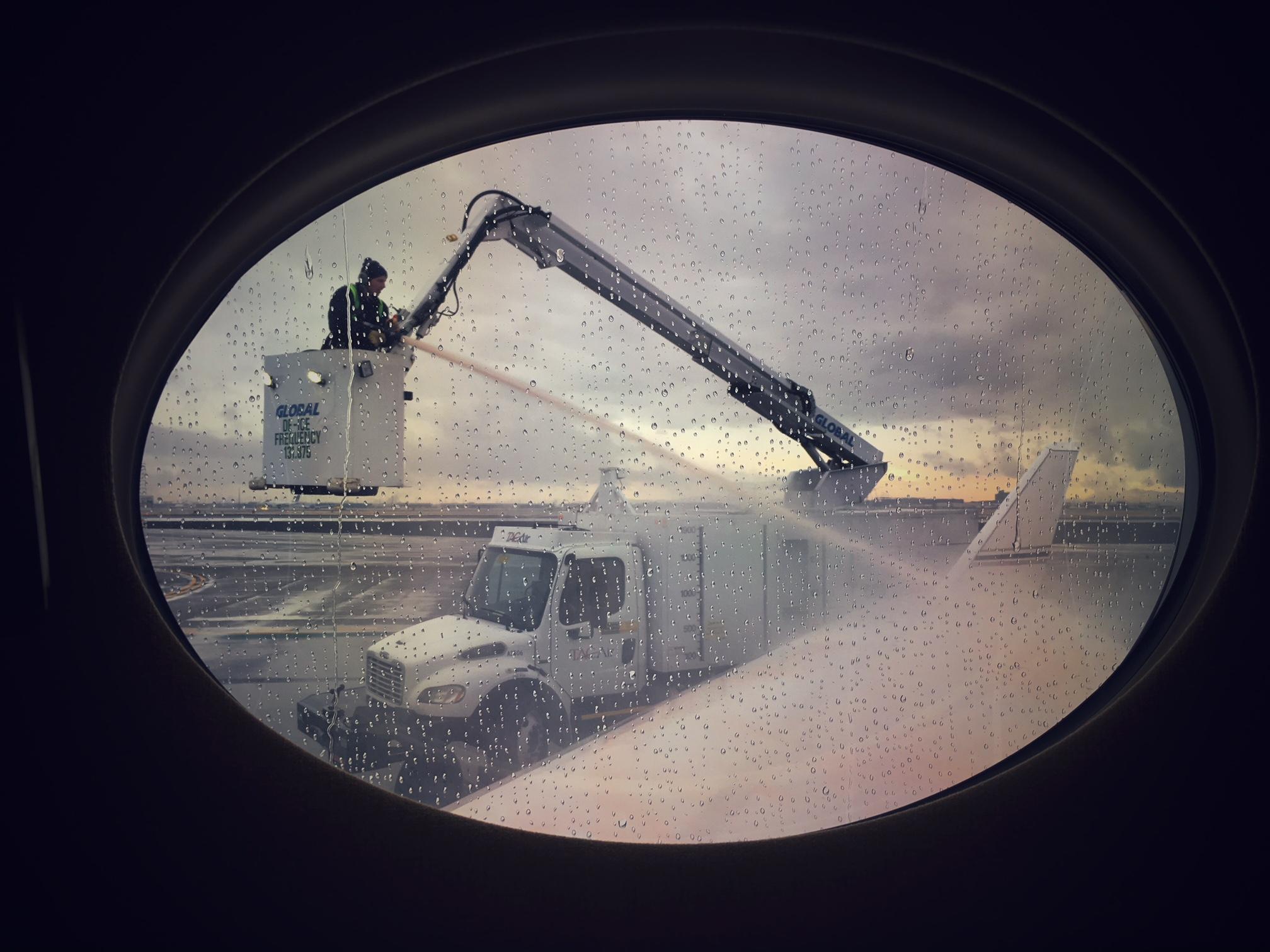 You should keep in mind that the person who picks up the phone at the FBO may not be thinking about de-ice/anti-ice or may have never been trained. “Do you de-ice?” can get you the right answer, but it may also set you up for failure. “Do you have Type I and Type IV de-ice and anti-ice fluid? What is the manufacturer’s nomenclature for each fluid? Are your trucks operational and do you have qualified operators on hand for our departure time?” These questions may seem insulting, but a knowledgeable FBO operator will recognize they are dealing with someone who knows the right questions to ask.

Short story: In one of my flight departments we had a pilot ask “do you have Type IV” only to show up on departure day to find out the Type IV was sitting in a truck that broke months prior and was awaiting parts. They were stuck until the sun came out and turned the layer of frost into water, a delay of over six hours.

Some airports have a proactive staff, often called "Airport Operations," who will work with operators to make sure the ramp and runways are open when they can expect activity. At my home airport, Hanscom Field (KBED), Operations calls their primary operators the day before any expected “snow event,” and will customize their snow plan to improve the odds everyone gets out.

Short story: We were inbound from France, expected to arrive at midnight, an hour after the tower closed and certainly after most of the airport staff had gone home. The North Atlantic winds were unkind and our ETA slipped almost an hour. The weather report had improved after a system dumped epic amounts of wet snow. I called airport operations and the night supervisor was happy to talk. “We know you are inbound but if you can fine-tune your arrival time and let us know where on the field you are going, we'll make sure we have a path plowed out for you.” We arrived to a plowed runway and a path to our hangar.

You should start each snow departure day with a “big picture” assessment of what you are facing. Everything happens more slowly when the airport is covered in snow or ice. Knowing what you are dealing with can alert you to the need to let your passengers know they can sleep in a few more hours, or that you can save your schedule with an early show. Getting to the airport an hour or two early can pay dividends and avoid a delayed departure of many, many hours.

There will be a waiting line for brooms, squeegees, fuel trucks, water trucks, lavatory service carts, de-ice/anti-ice. Your exterior preflight inspection will have to be more thorough even as it will become more difficult because of the cold. There will be a justifiable tendency to slow everything down to avoid accidents. All levels of air traffic control can add to the slowdowns as the system becomes saturated with airplanes trying to flee the cold.

Short story: We showed up one morning at Teterboro, two hours prior to our 0700 take off time because we knew it would take some time to get the snow cleaned off the airplane. We arrived the night before with our sister aircraft, another Challenger 604. Their departure was an hour after ours, but they also planned to show up two hours prior to their 0800 take off time. Both crews were methodical and used identical procedures. We took off on time, they took off two hours late. They said they could have made it on time if it wasn’t for the fact they had to wait for line service to help brush off nearly two feet of snow from their wings, and then wait for fuel trucks that were busy with all the other 0800 departures, and then having to get in line for de-ice/anti-ice. In retrospect, showing up before the rush would have saved the day. 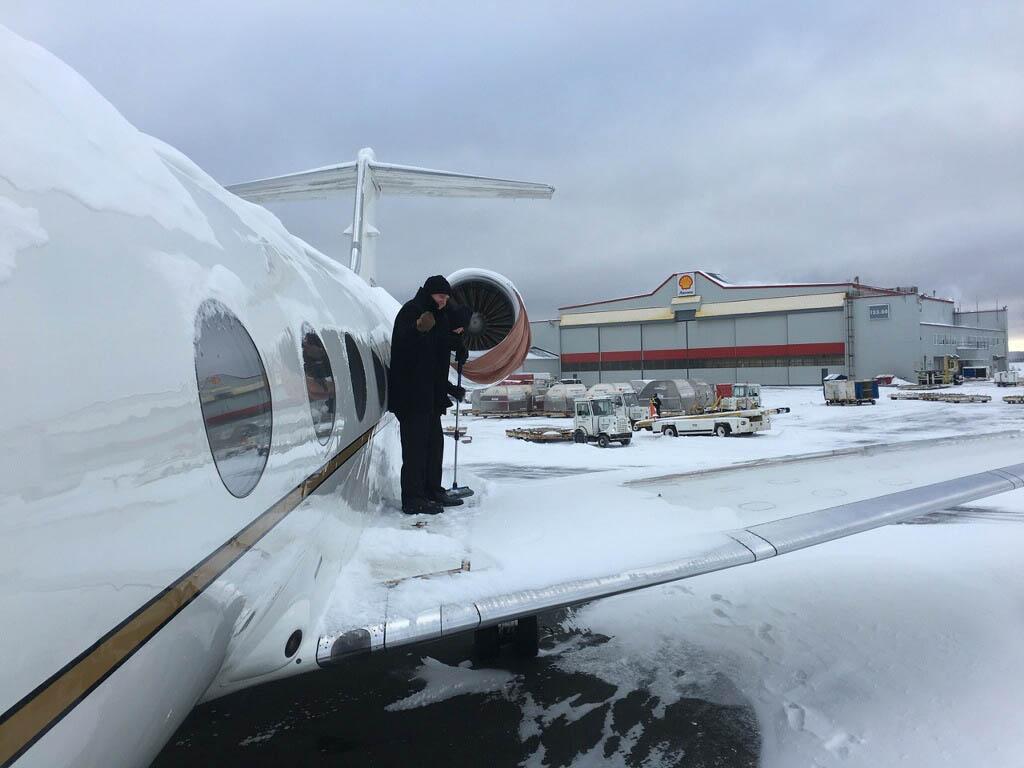 If FBO line technicians are busy with other airplanes, they might be willing to lend you long-handled brooms, squeegees and ladders. Pushing the snow off your wings and other surfaces can make the de-ice/anti-ice process quicker and cheaper. Make sure to consult aircraft manuals for any prohibitions or specific guidance on what to do, and just as importantly, what not to do.

Short story: The day after Teterboro closed, stranding us and our passengers, we returned to an airplane with two feet of snow on the wings and an equal amount of snow in front of each landing gear. The plows were busy as was every line technician on the airport. The delay threatened to extend into the next day. We scrounged around for two shovels and spent an hour digging a lane in front of each landing gear truck. Once that was done we traded the shovels for brooms and did our best with the wings. Because we had an airplane that was mostly ready to go, the FBO put us in the front of the line, towed us clear of our mountain of snow, and submitted our tail number to the airport, “ready for de-ice.” We got out that day, which is more than many of our snow-bound neighbors could say. 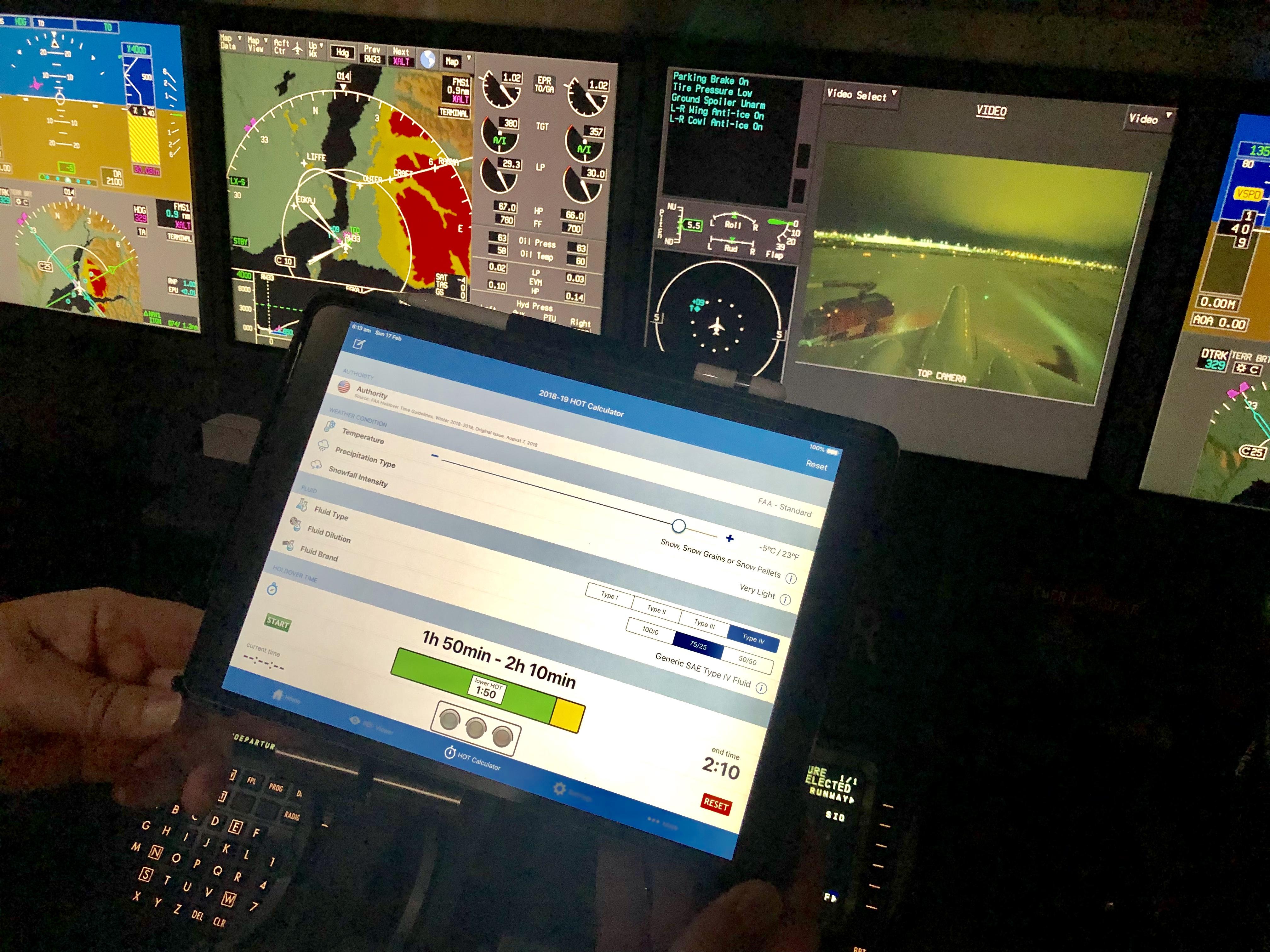 Even if you go through the de-ice/anti-ice and cold weather start procedures several times each week, when a new winter shows up you probably need a refresher. If you are moving from one aircraft type to another, or one airport to another, your existing memorized procedures may not be as complete as you may hope. You should know where all the existing aircraft, airport and company procedures are, and you should have them handy so you can review them before each snowy day departure. Having a tailored checklist can be a life saver.

Short story: My first takeoff following de-icing in a Gulfstream GV was following a 12-year break from Gulfstreams and I wasn’t, shall we say, as well versed on the procedures as I should have been. I had assumed the obedient copilot’s stereotype of assuming the captain knew what he was doing and I would learn what I needed to know in due time. We took off from Nashua Airport, Nashua, New Hampshire (KASH) after taxiing through a messy ramp, but the airplane was coming from our toasty warm hangar, it was clean and there was no reason to de-ice. Right after takeoff the captain called “gear up” and as I dutifully retracted the gear a voice in my head said, “mistake.” A few hours later we landed. The captain gently set down the main gear onto a dry runway and as soon as that happened, the nose pivoted around the mains, slamming down hard. The brakes appeared to be locked, but of course they were caked in ice. Fortunately, they broke free, costing nothing more than some wear on the airplane and the captain’s reputation with our passengers. He said, “I should have left the gear down for a minute after takeoff to check blow off the ice. I thought about it but forgot in the heat of battle.” Of course, I should have remembered too. Perhaps had we covered this in the briefing, one of us would have remembered.

Don’t become complacent about flying in the snow. Consider these steps.