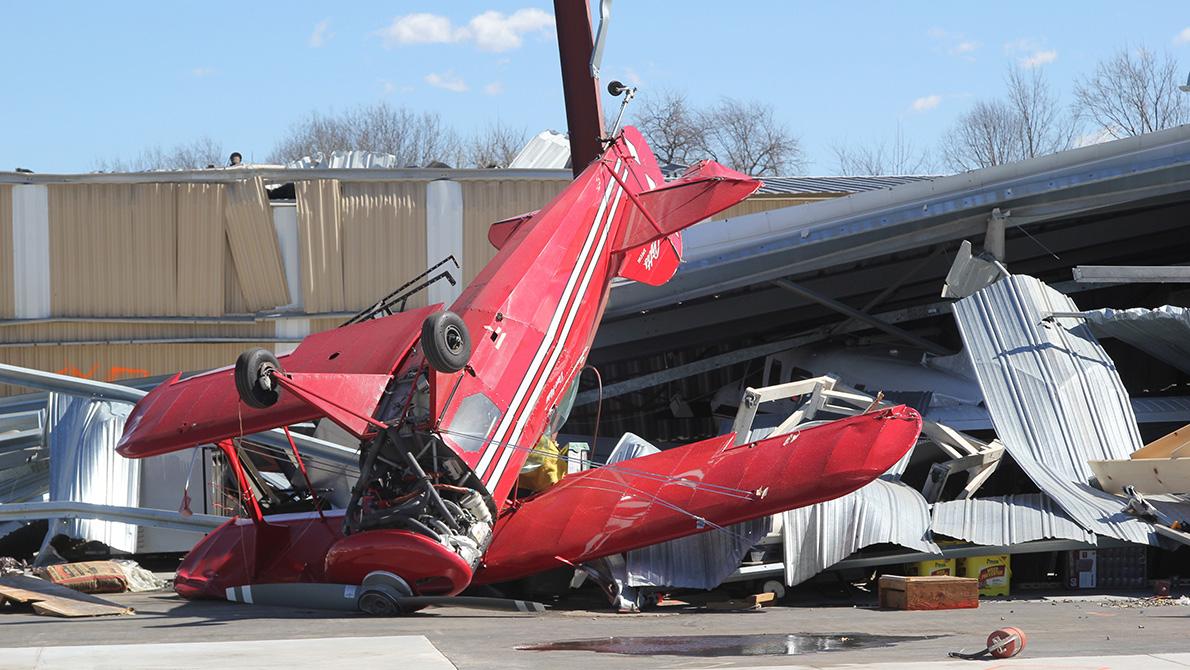 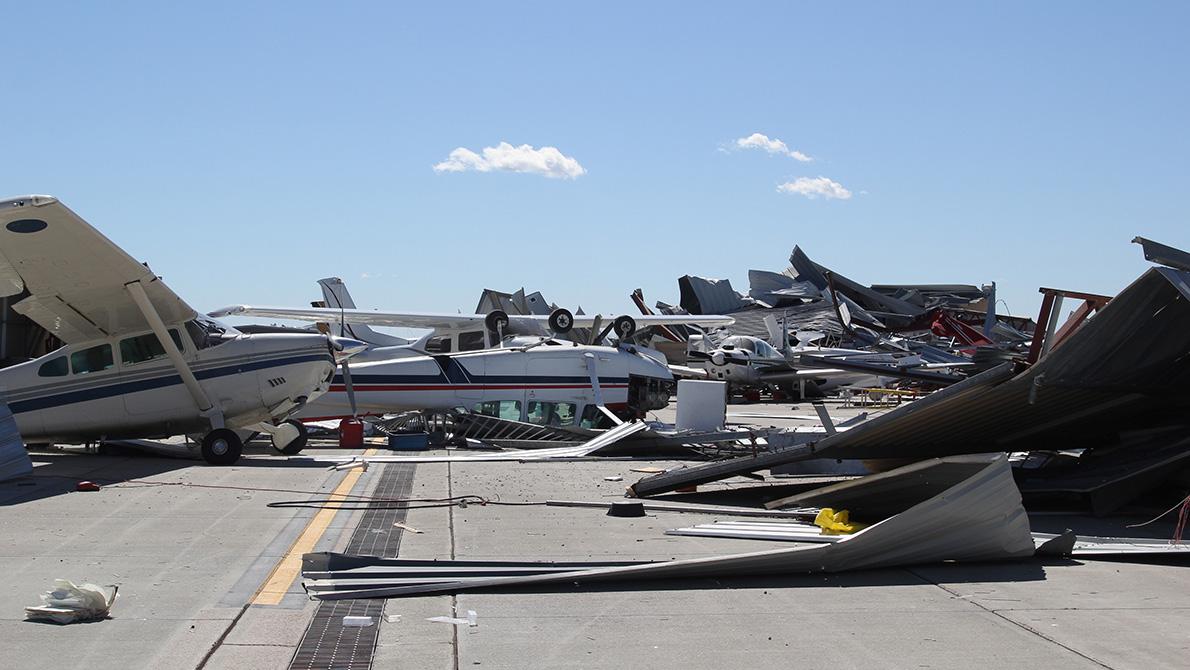 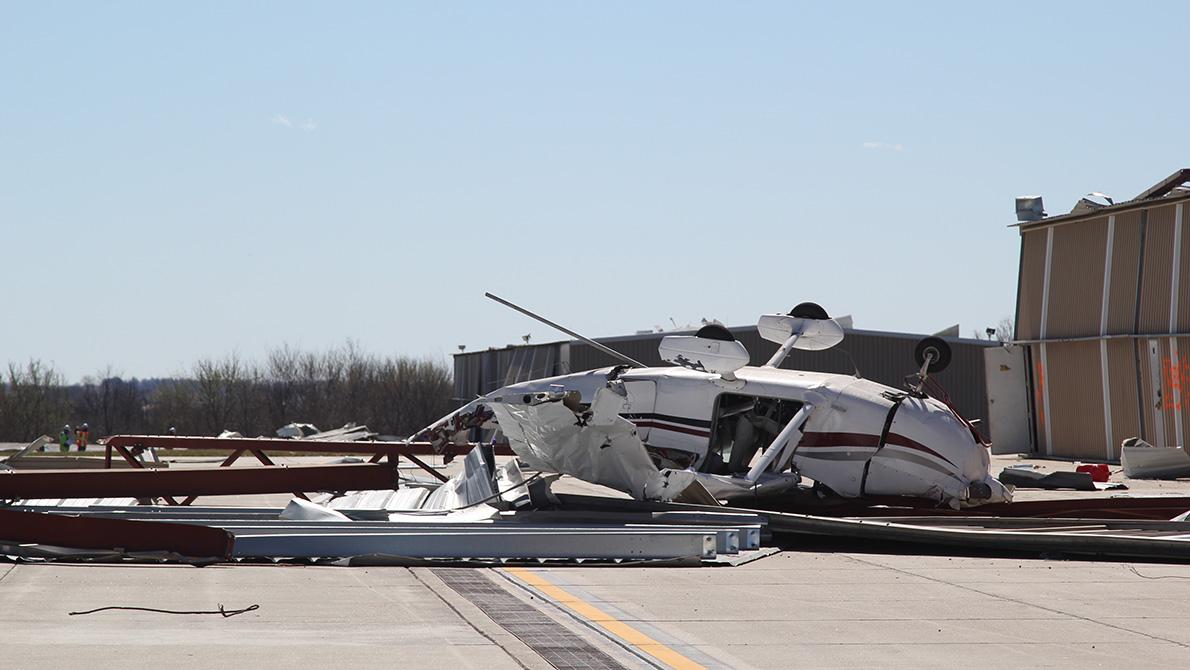 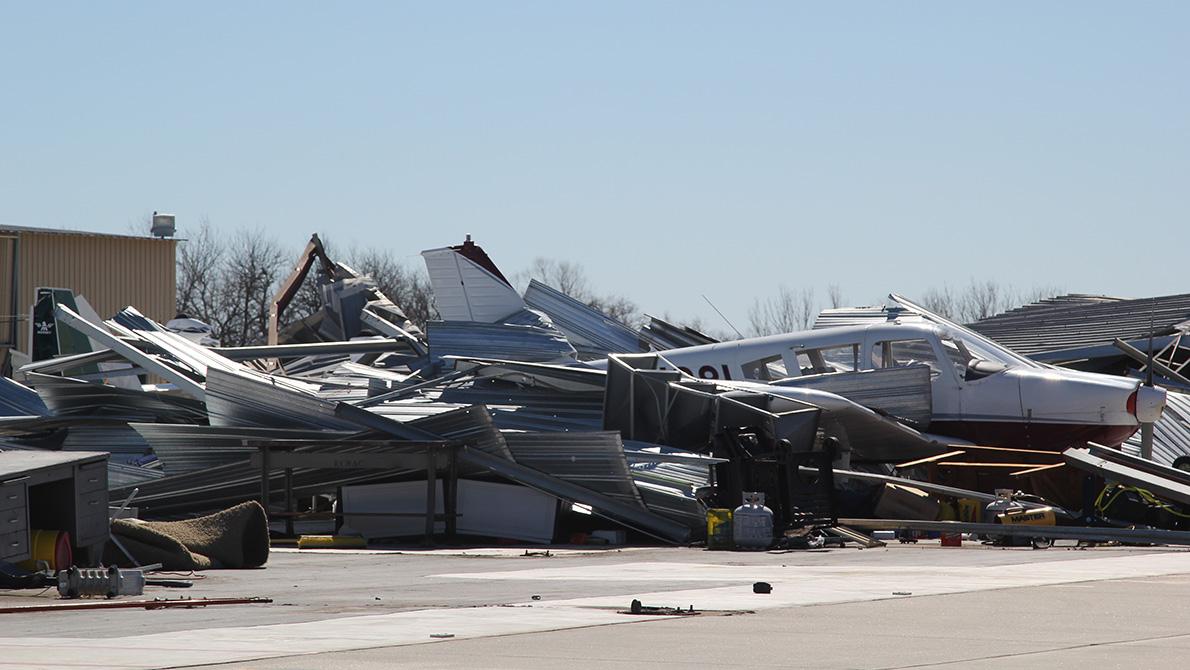 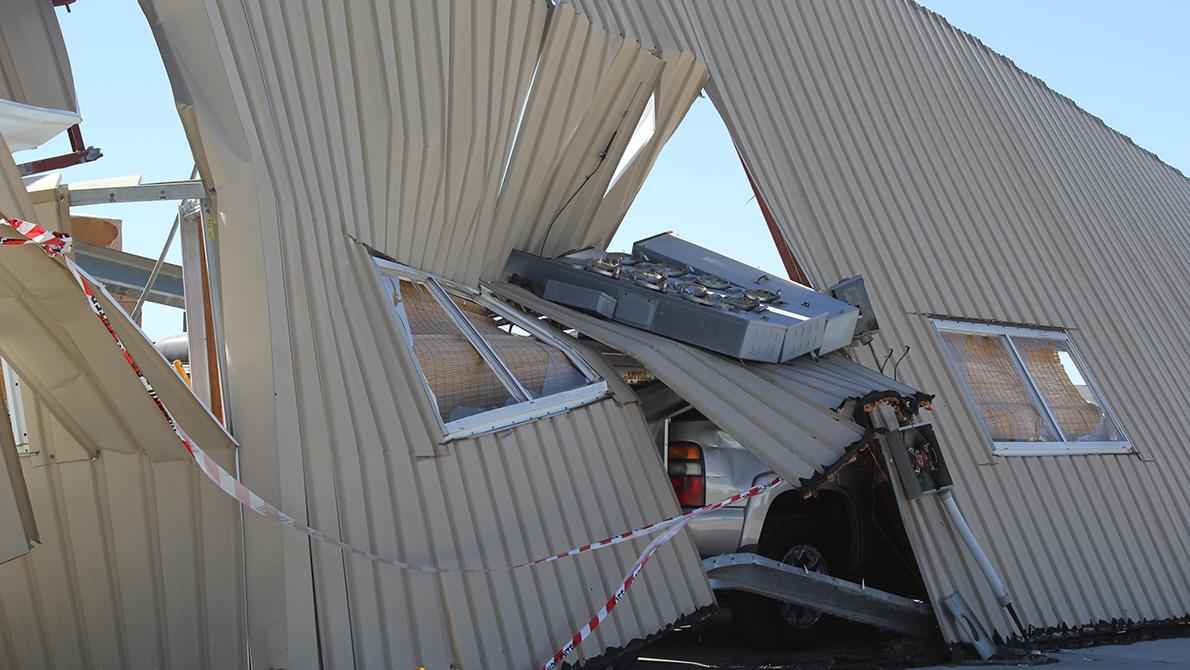 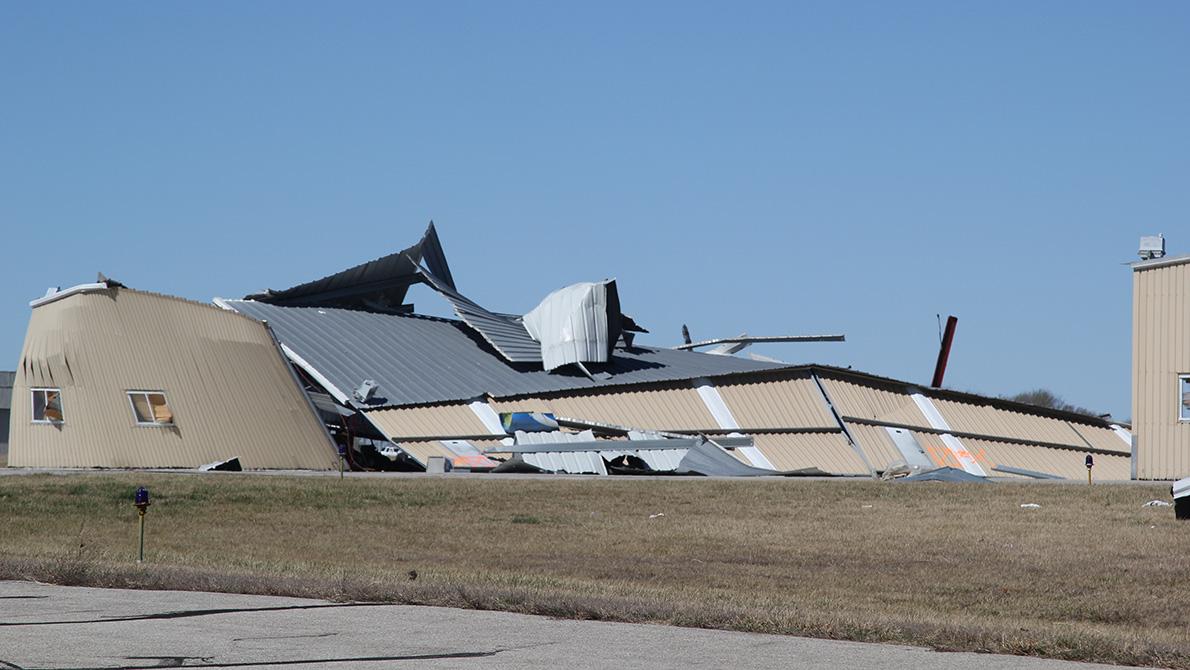 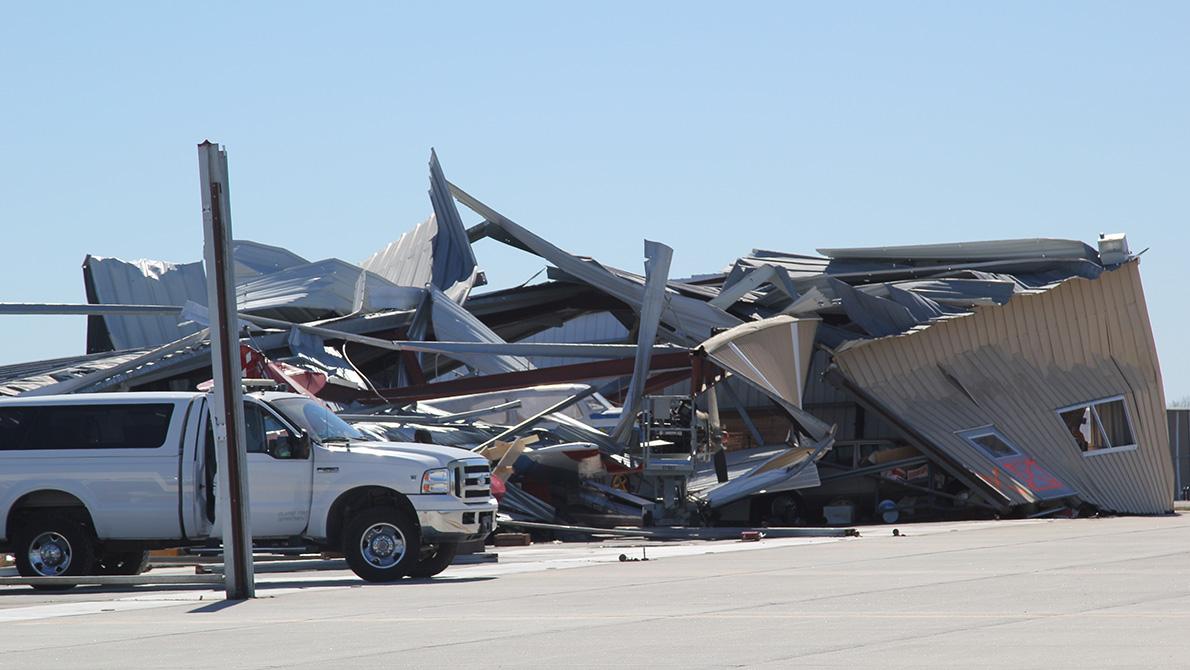 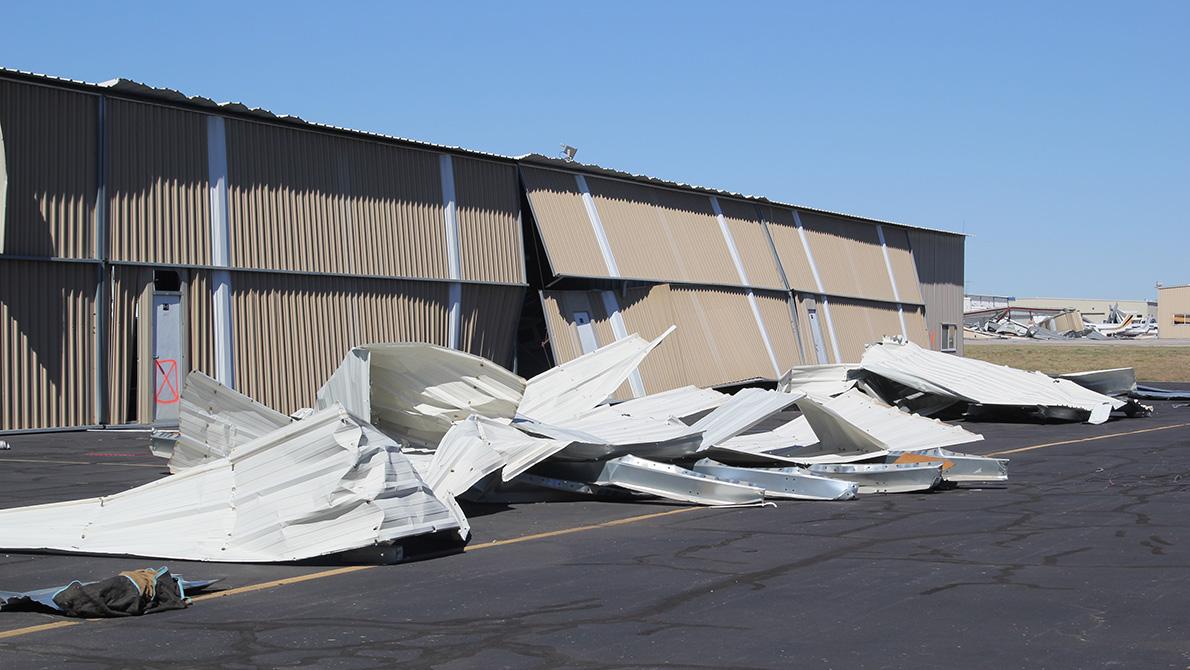 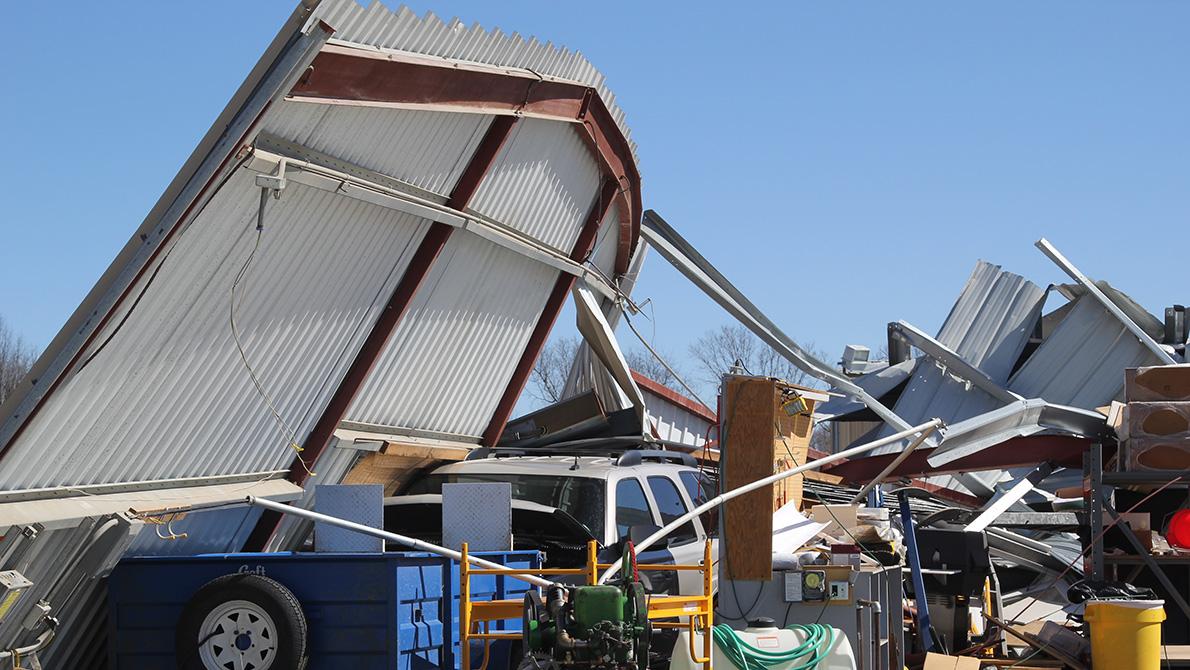 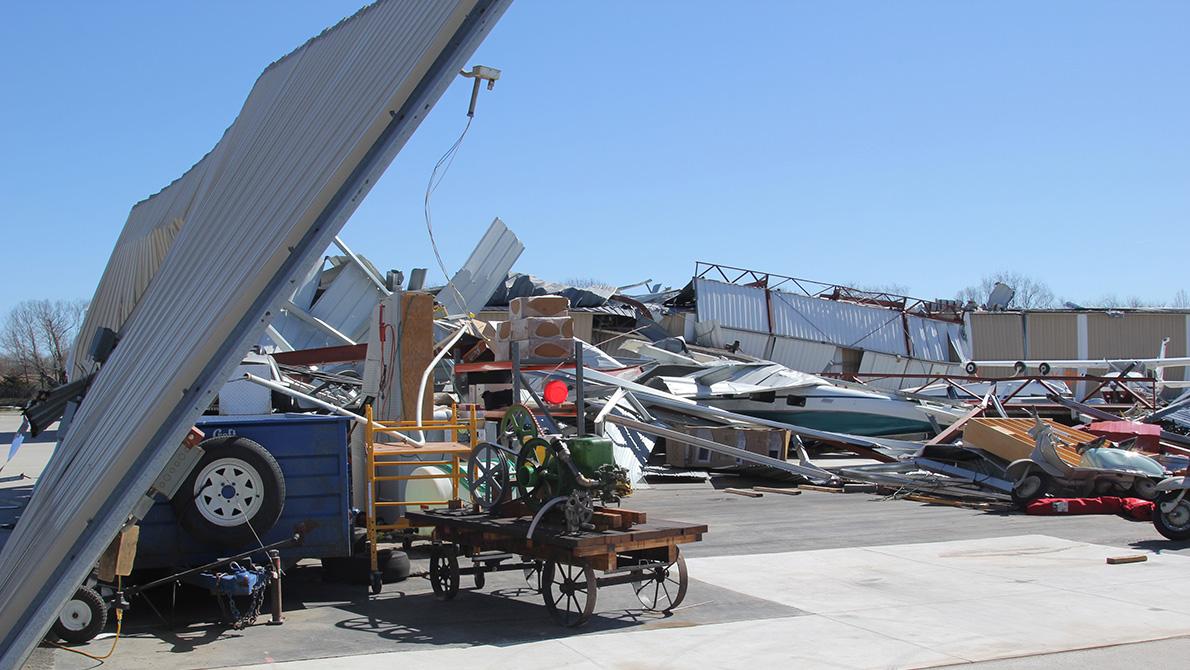 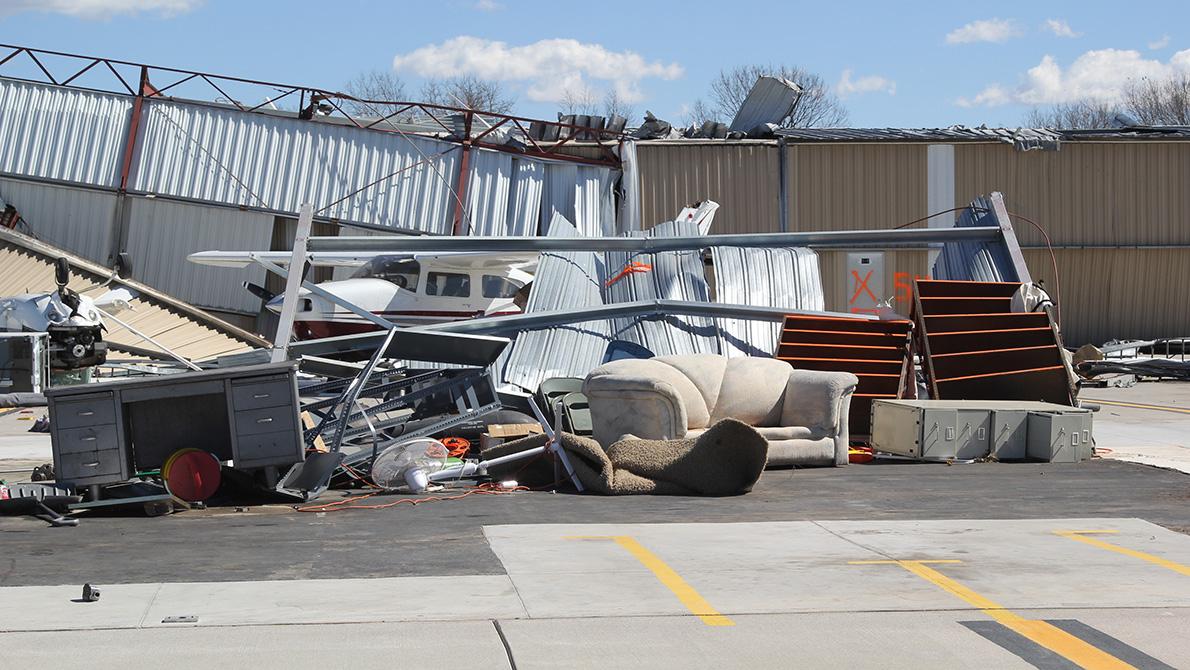 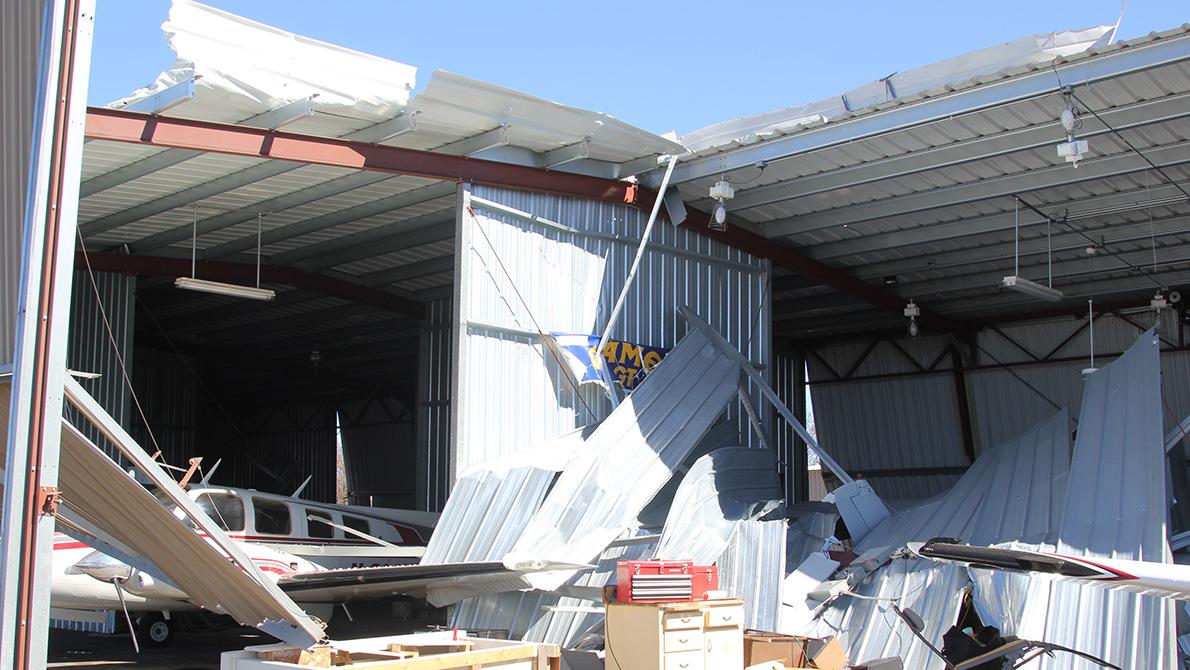 Four county hangars on the west side sustained minor damage.

Many planes were damaged. County officials had not determined the number of aircraft damaged. The county noted, however, that each hangar building could accommodate up to 14 planes.

The National Weather Service determined that 80 to 85 mph straight-line winds, not a tornado, caused the damage at the airport. Several tornadoes touched down in other areas of the Kansas City metropolitan area as severe weather hit the area on Monday night.

After the storm, the airport closed overnight. It reopened to “limited operations” on Tuesday morning, Zacharias said. It is again open for flights.

Johnson County Executive Airport is about 23 miles south-southwest of downtown Kansas City, Mo. It has one 4098-foot runway. Air Associates of Kansas and KCAC Aviation operate FBOs and charter aircraft at the airport.