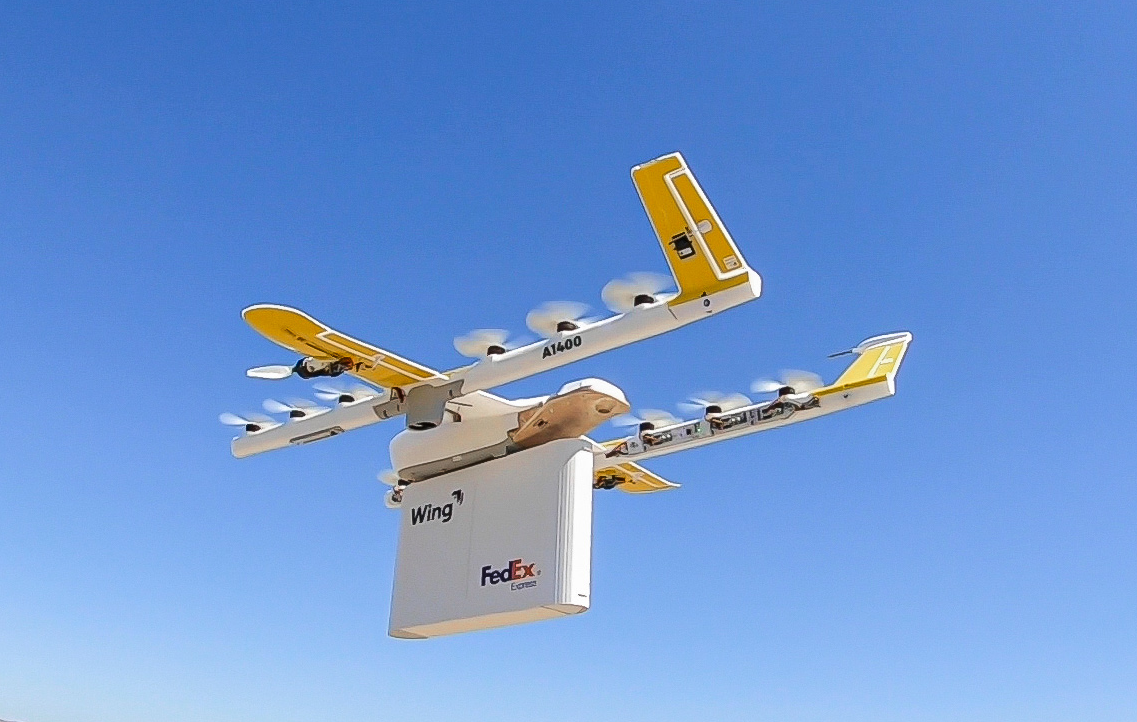 The Wing Hummingbird drone lowers packages to the ground by tether. The aircraft weighs 14 lb., including 3.3-lb. package weight, and travels to 6 mi. and back. An Alphabet (formerly Google) company, Wing became the first U.S. operator to obtain a Part 135 single-pilot air carrier certificate for a drone delivery service in April 2019. Wing and FedEx flew the first scheduled package delivery by drone to a house in Christiansburg, Virginia, on Oct. 18, 2019. 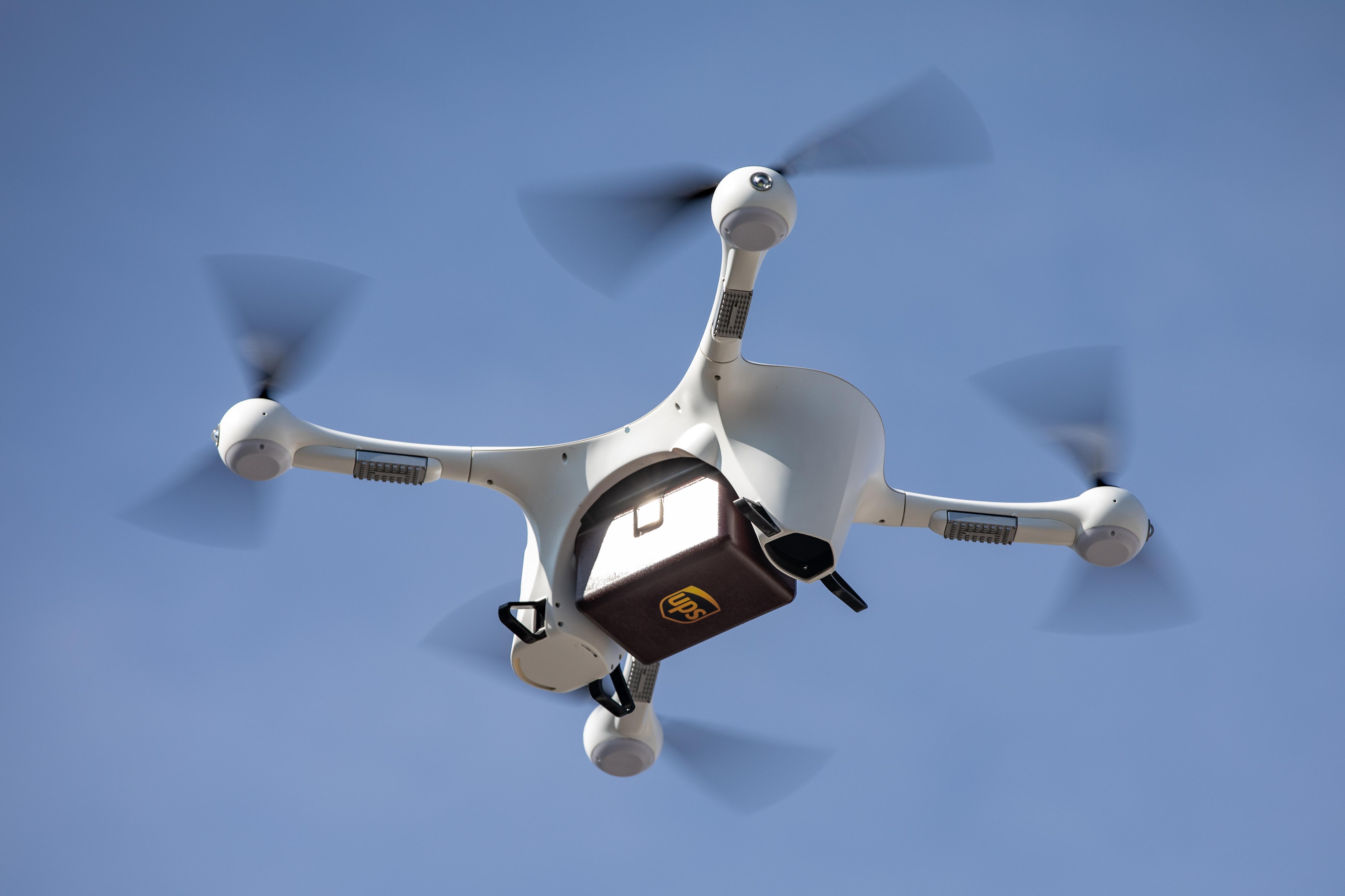 Using the Matternet M2 quadcopter, UPS Flight Forward was the first company to receive a Part 135 Standard air carrier certificate from the FAA for a drone delivery service in September 2019. UPS started delivering medical supplies at WakeMed Health and Hospitals in Raleigh, North Carolina, on Sept. 27, 2019. It has named CVS Pharmacy, Kaiser Permanente, AmeriSource Bergen and University of Utah Health as partners to develop drone delivery use cases. 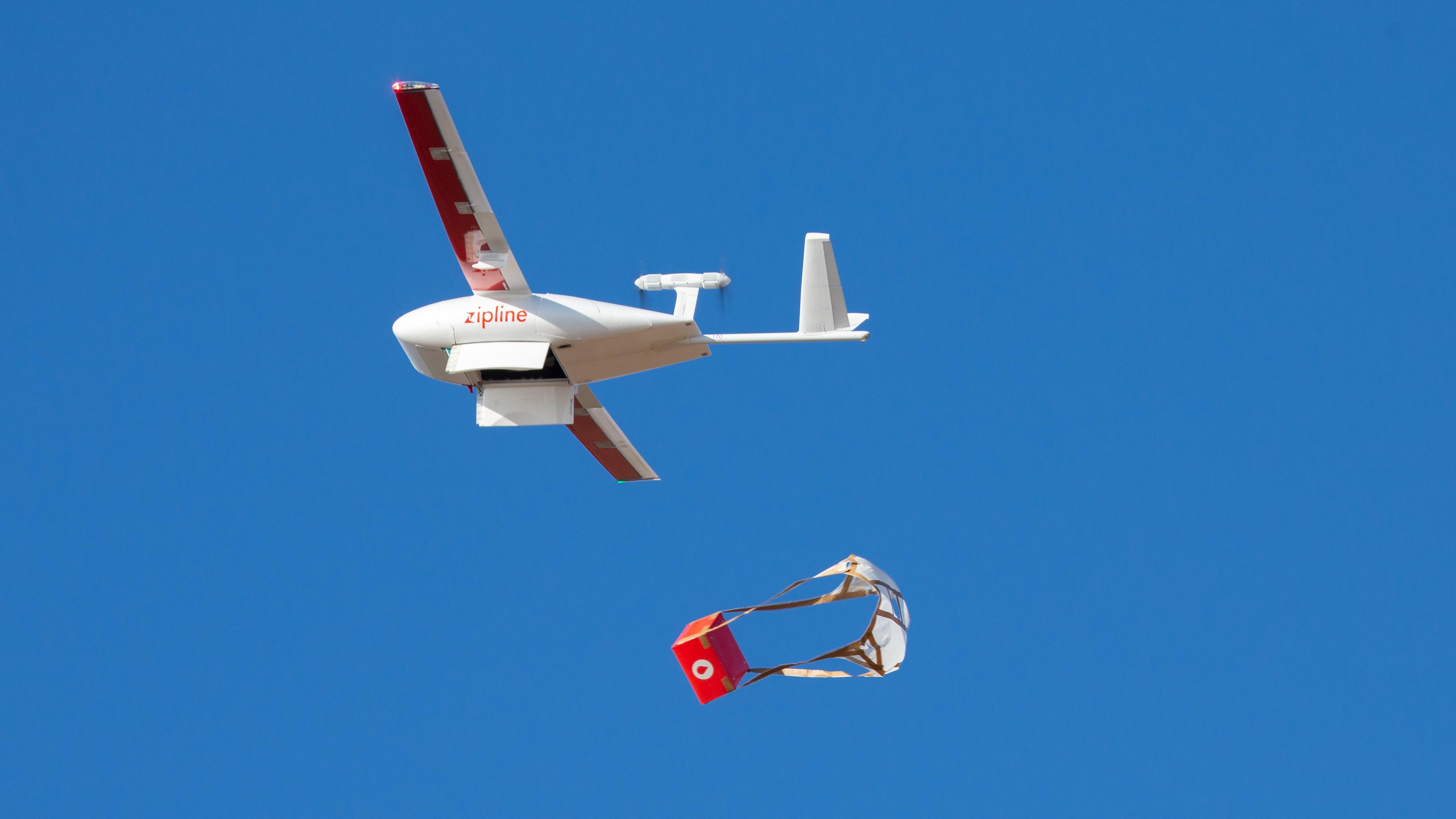 Launched from a base facility by electric catapult, the Zipline fixed-wing drone has a maximum takeoff weight of 46 lbs. and payload capacity of 3.9 lbs. The aircraft delivers supplies to a distance of 50 mi., drops a parcel by parachute and returns to the base. Zipline and Novant Health received emergency approval from the FAA in May 2020 to fly medical supplies to a hospital near Charlotte, North Carolina, to support its response to the COVID-19 pandemic. 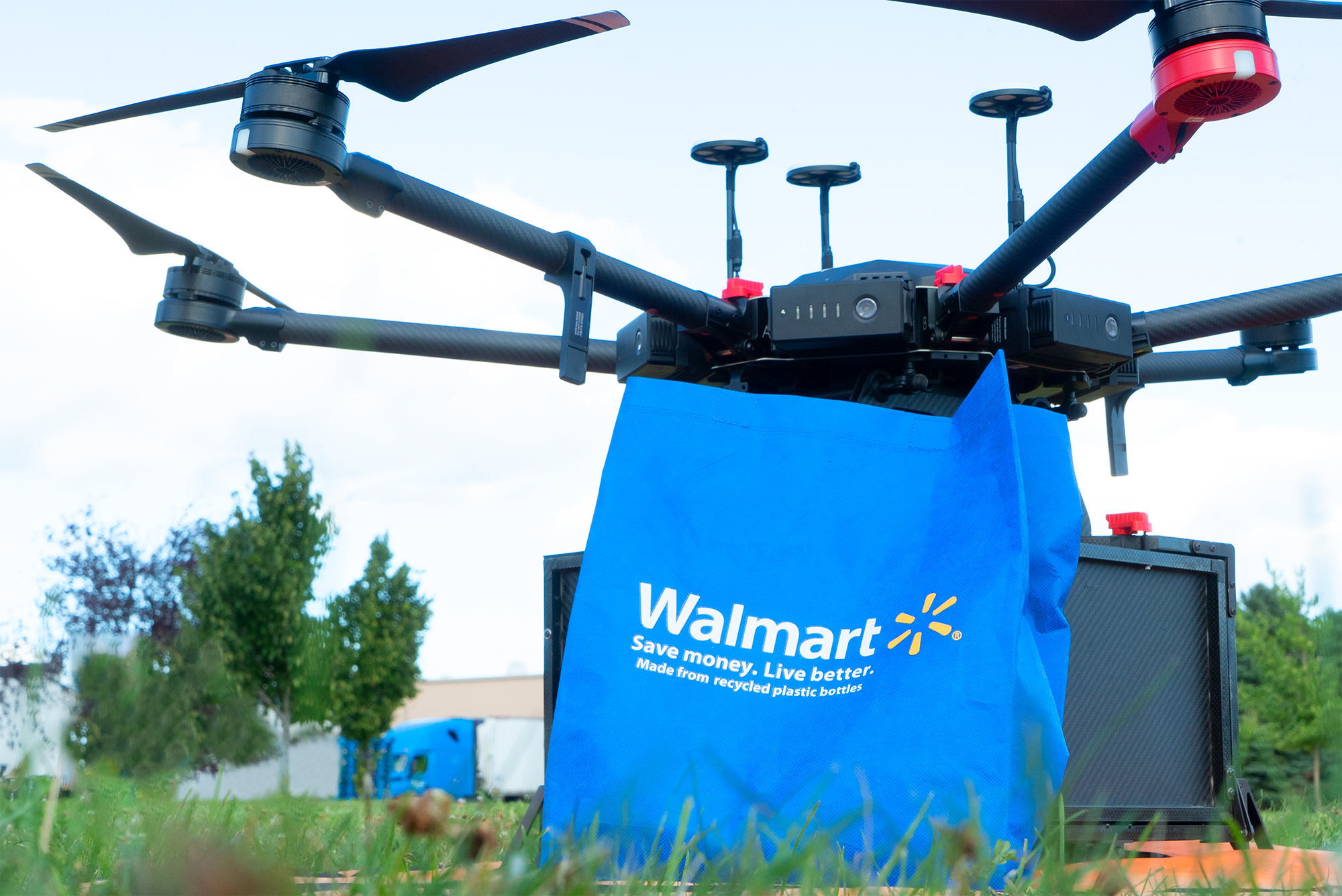 Walmart has announced several drone delivery projects, including with Zipline to fly health and wellness products to houses near its headquarters in Bentonville, Arkansas; with Quest Diagnostics and DroneUp to fly COVID-19 test kits in El Paso and North Las Vegas; and with Israel-based Flytrex to deliver grocery items in Fayetteville, North Carolina. In January 2021, Walmart flew 'Coca-Cola With Coffee' by Flytrex hexacopter to residents within one mile of a Walmart superstore in Coffee County, Georgia. 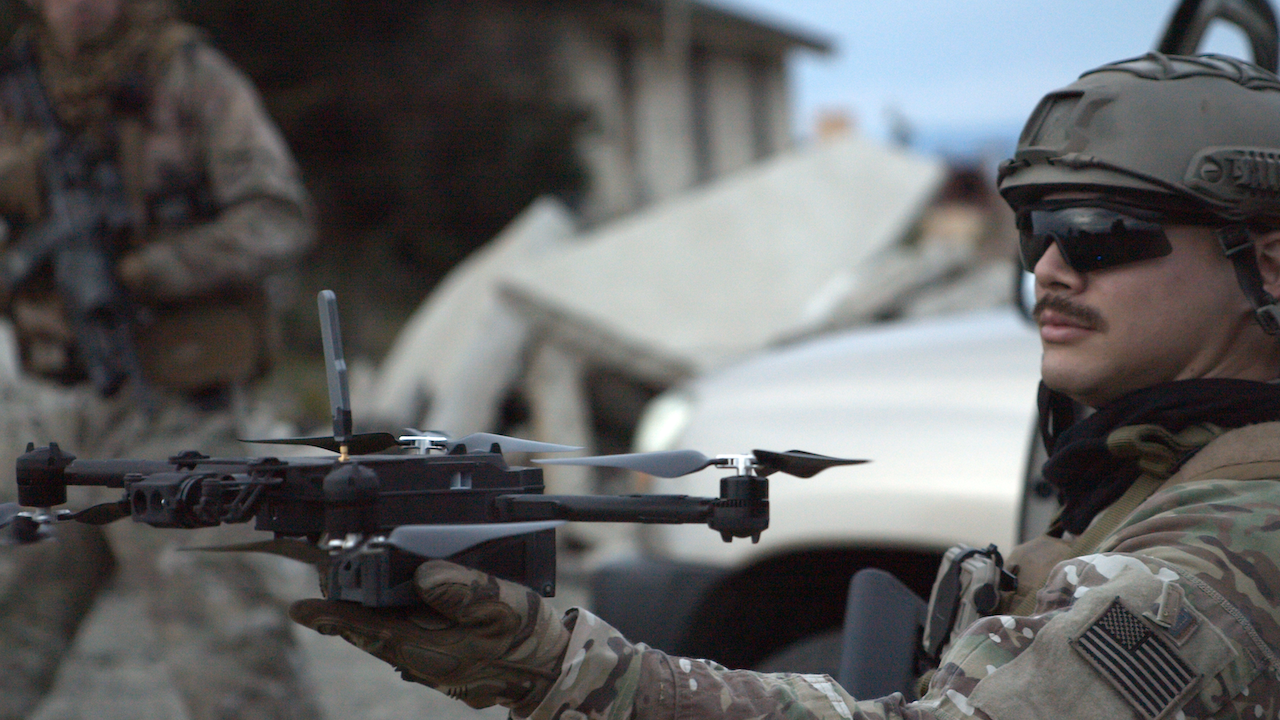 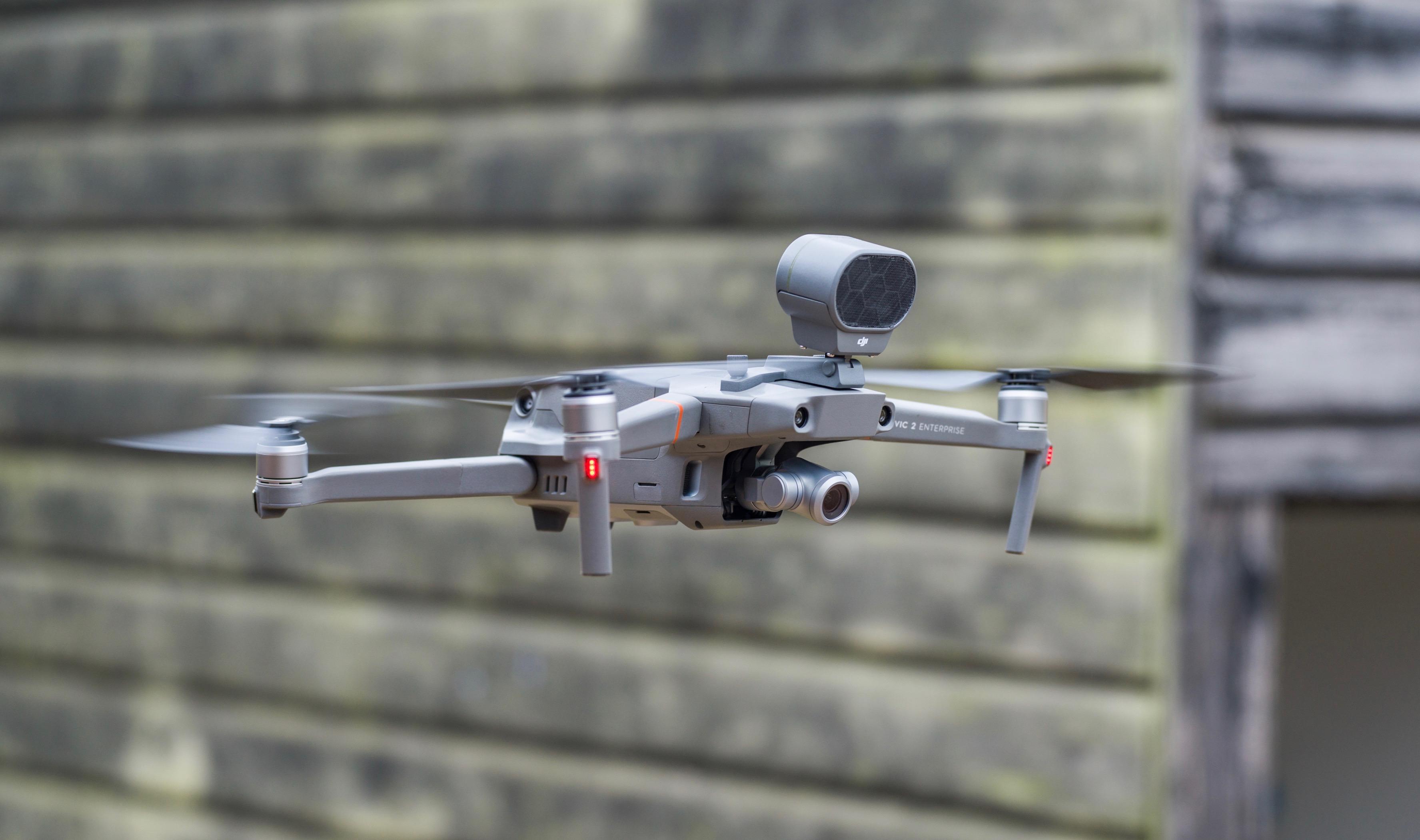 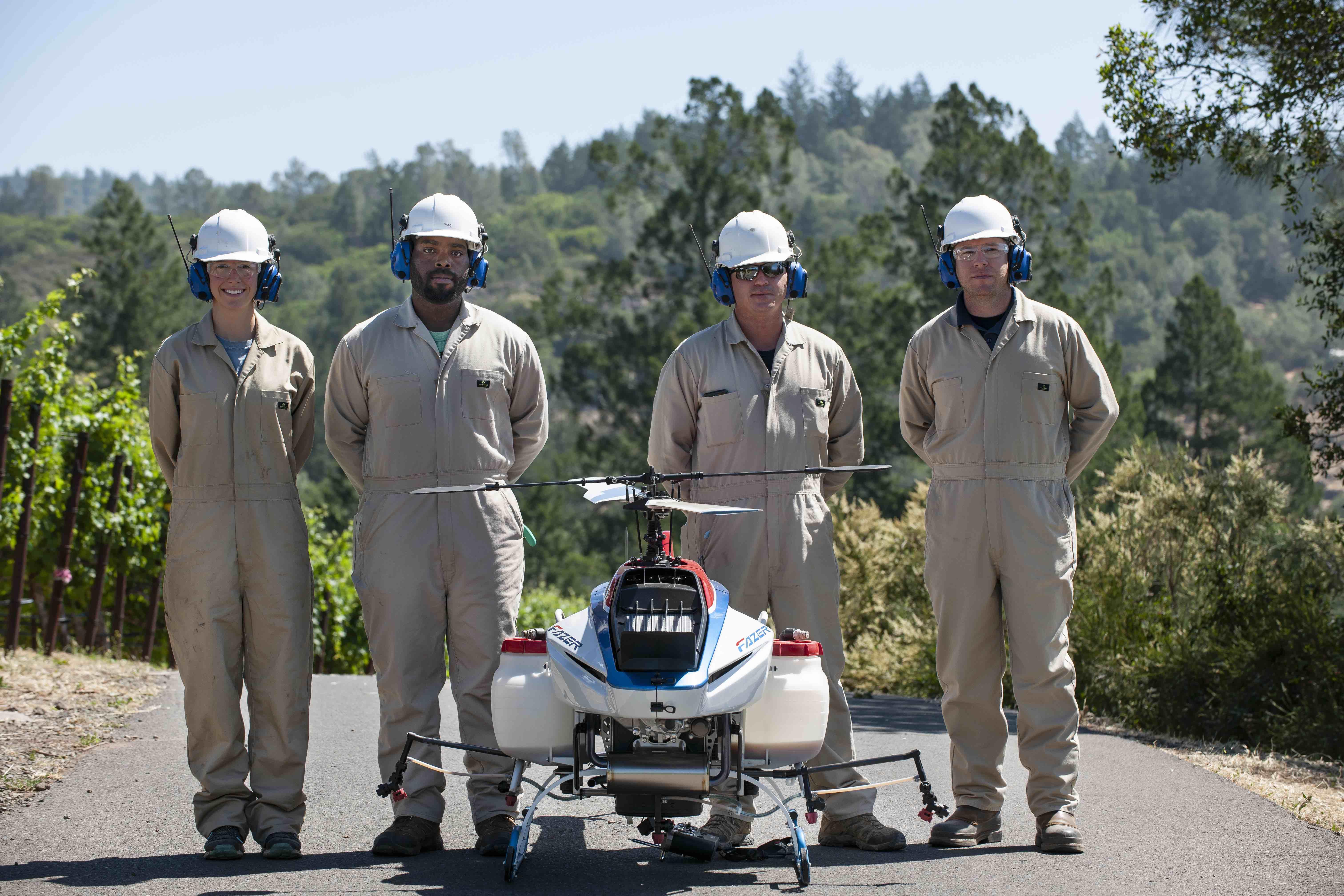 The FAA granted the Yamaha Motor Corp. Fazer R unmanned agricultural helicopter airworthiness criteria for a special class of aircraft, effective May 2019. The 244-lb. MTOW helicopter and its predecessor, the RMax, have been used for precision spraying operations in California, including in Napa Valley vineyards. Dating to the late 1980s, Yamaha remote-controlled helicopters fitted with granular sprayer tanks have been used extensively for agricultural purposes in Japan, as well as in South Korea and other countries. 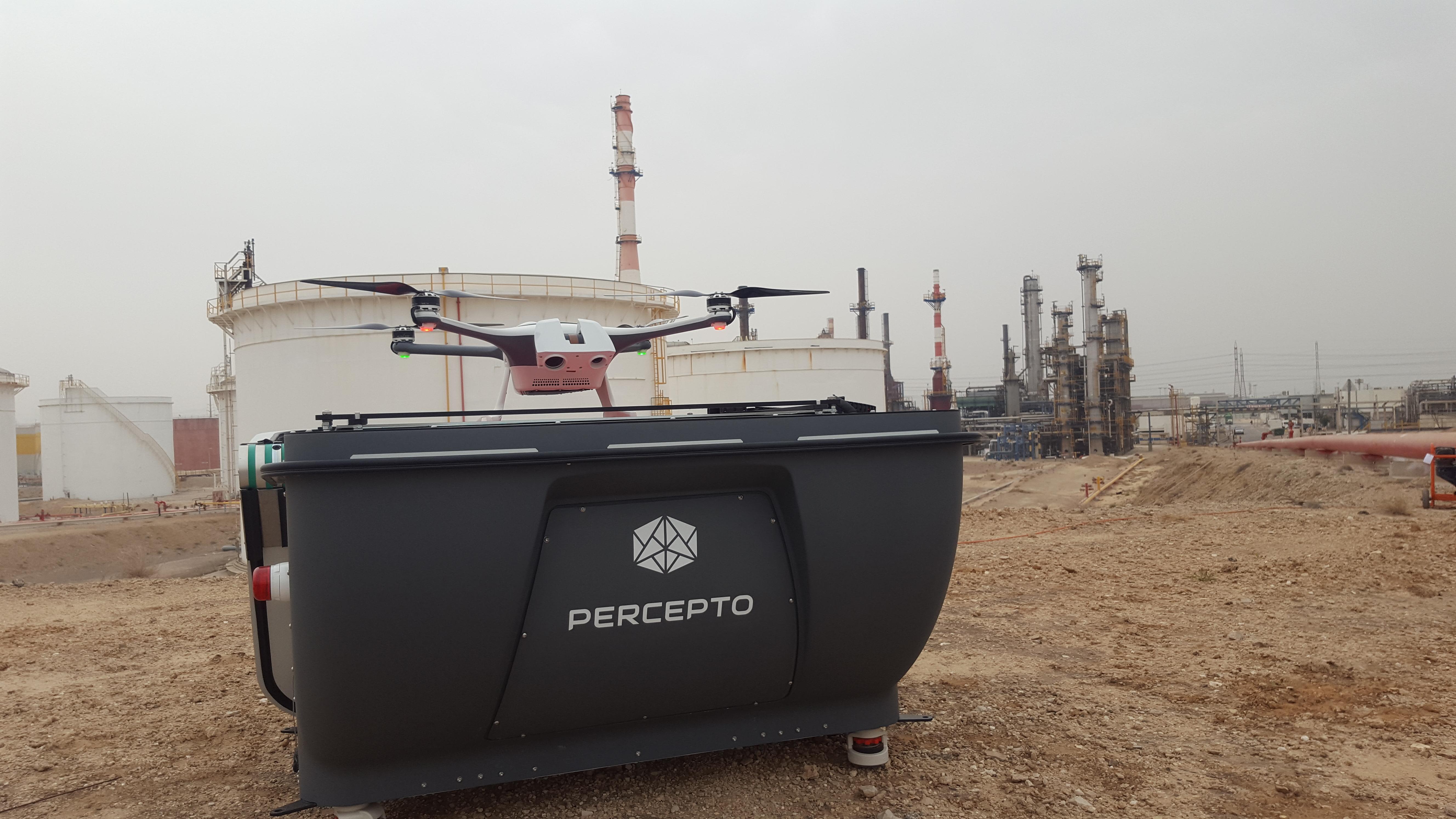 Used for industrial site and critical infrastructure inspection, the Percepto Sparrow 'drone-in-a-box' system consists of an autonomously programmed quadcopter with a dual sensor payload of 4K day and thermal cameras, contained in a portable base station for recharging and storing the aircraft. Israel-based Percepto in January announced plans to open a U.S. headquarters in Texas to support clients including Florida Power and Light, downstream energy company Delek US and Verizon. 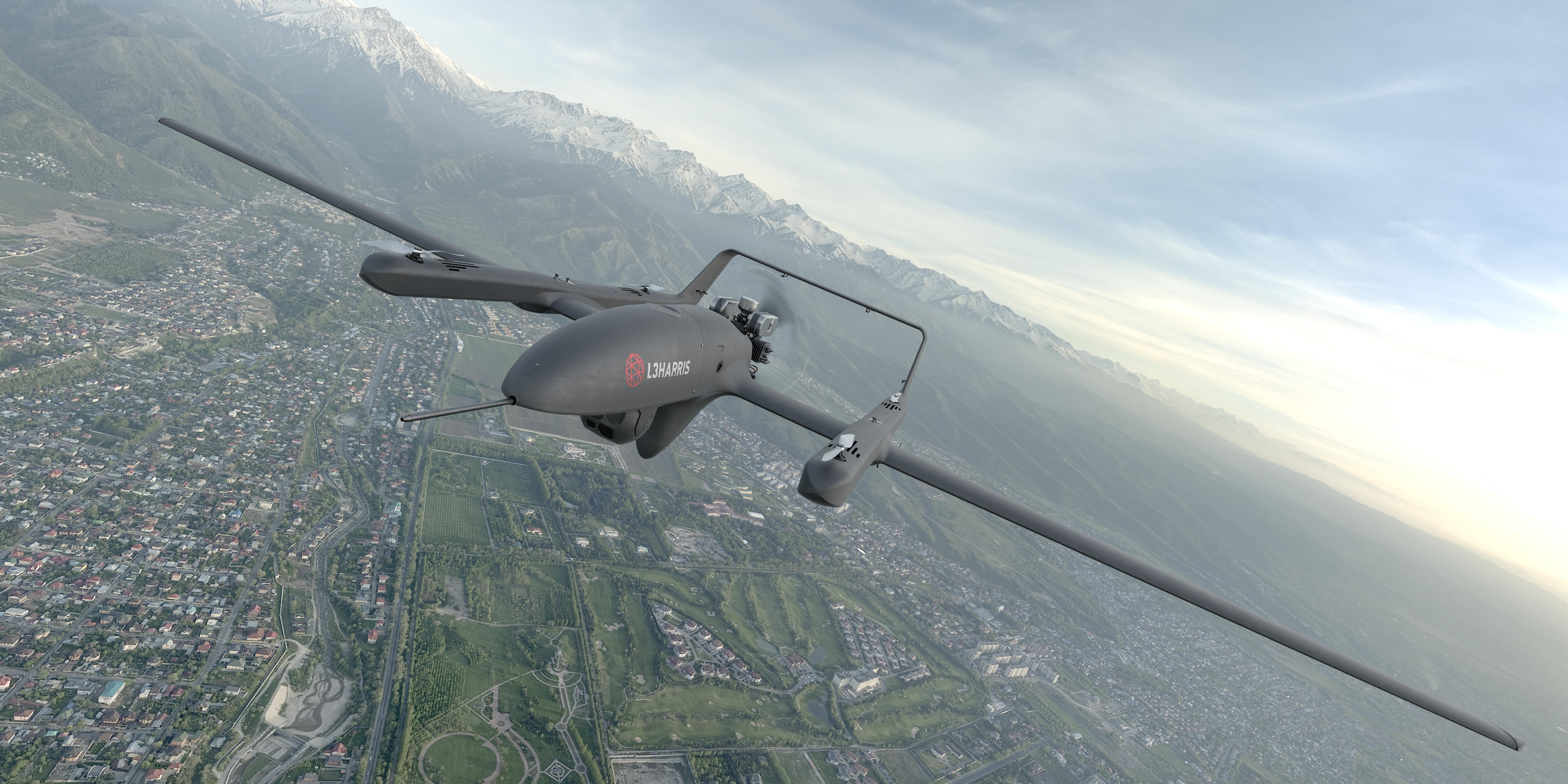 Freight rail company BNSF Railway has flown the 110-lb. Hybrid Quadrotor-60 beyond-visual-line-of-sight over 100-200 mi. sections of track to inspect its rail infrastructure. Latitude Engineering developed the Hybrid Quadrotor design, which uses a pusher propeller for forward flight and four rotors embedded two apiece in longitudinal booms for vertical takeoff and landing (VTOL) capability. L3Harris Technologies acquired Latitude in June 2018 and now offers a family of FVR (Fixed-Wing, VTOL, Rotary) models. One operator is aerial firefighting service provider Bridger Aerospace, of Belgrade, Montana, which has flown L3Harris’ 120-lb. FVR-90 to map and monitor wildfires under contract with the U.S. Department of the Interior. In October 2020, L3Harris said that 15 of its drones had flown more than 1,000 hours to combat the Cinnabar Fire in Montana, the Bighorn Fire in Arizona, and El Dorado Fire in California. 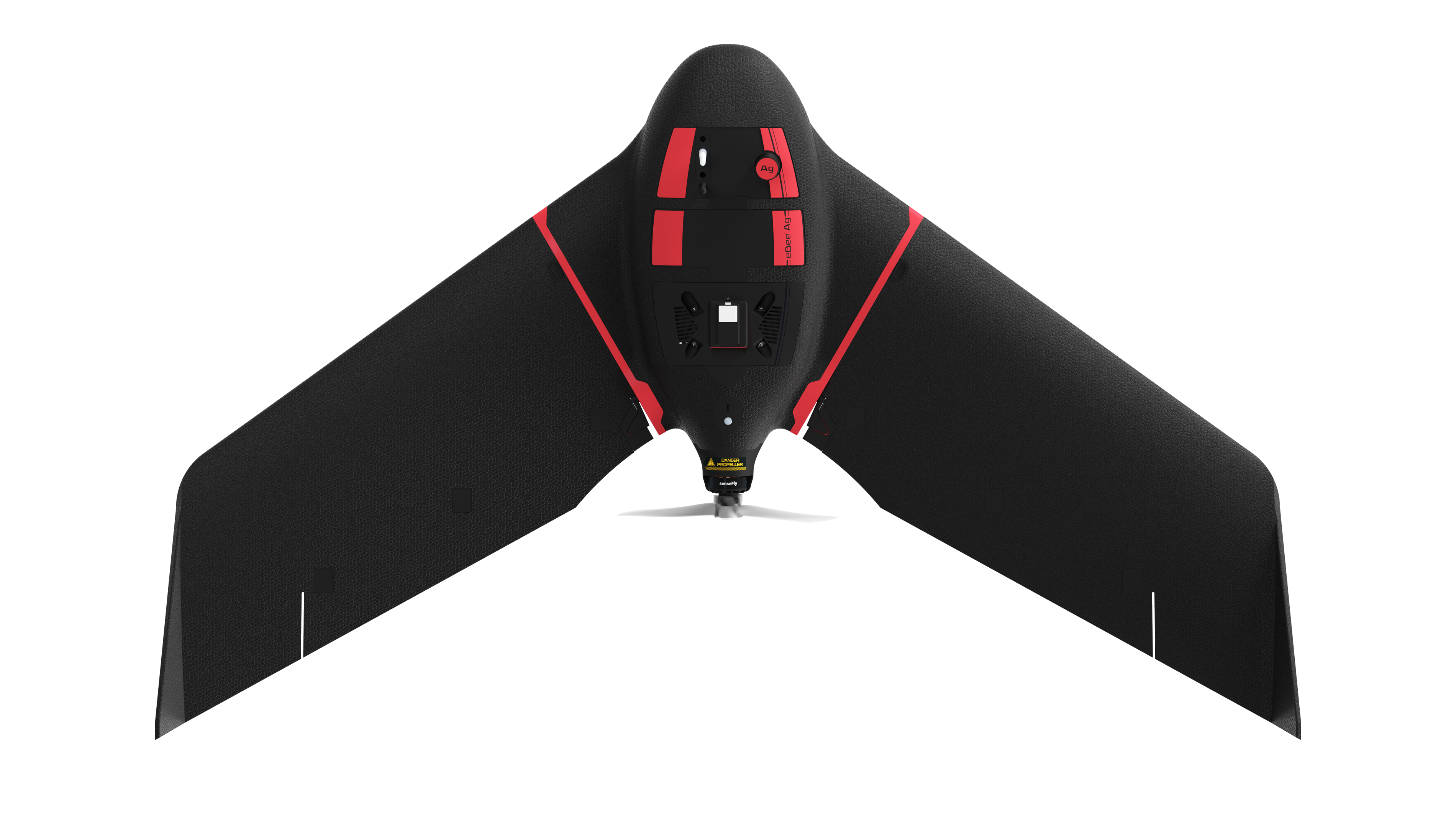 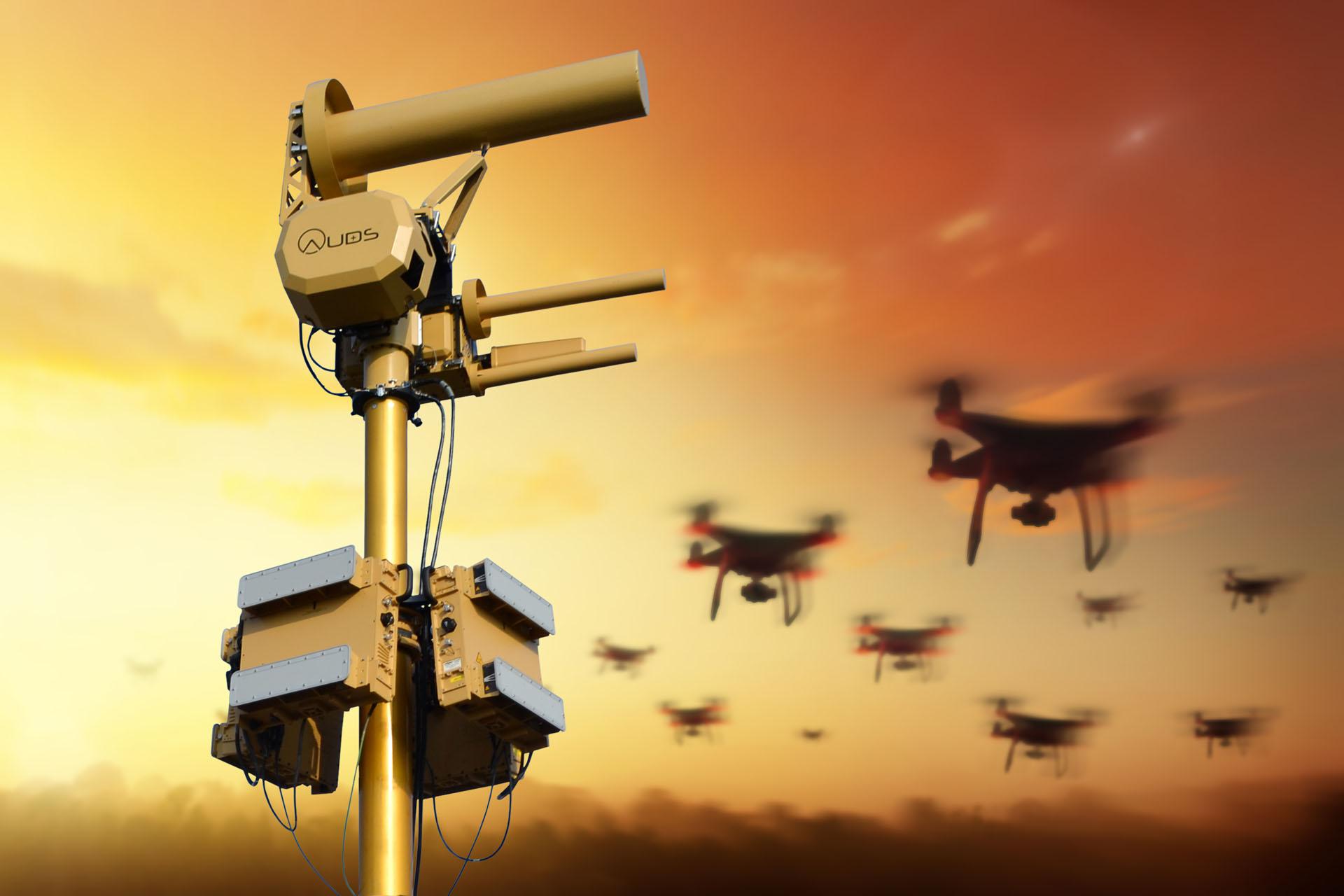 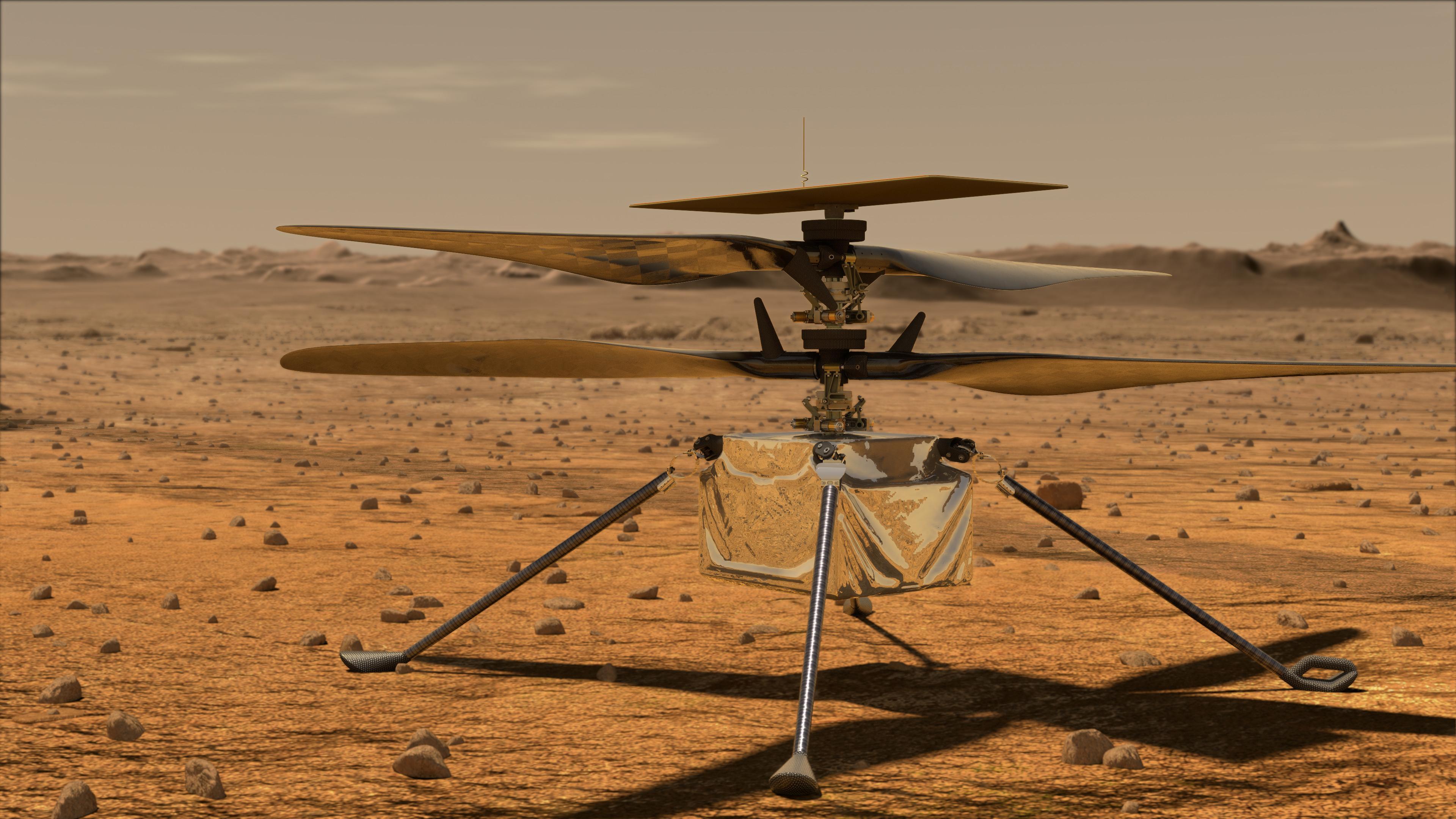 After more than a decade of development, the FAA issued a final regulation governing the commercial use of drones weighing less than 55 lb. —Part 107—in August 2016. Part 107 restricts operators to flying their aircraft within visual line of sight, during daylight hours and other conditions, except by waiver. (A final regulation published on Jan. 15 permits routine operations of drones at night or over people under certain conditions, using a risk-based approach.)

Aspiring commercial drone companies in recent years have sought more flexibility by certifying their operations under Part 135 to become air carriers. Featured in the gallery is a selection of some of the commercial and public service drones operating in the U.S. national airspace system.