Attracting An Audience Of Aspiring Pilots 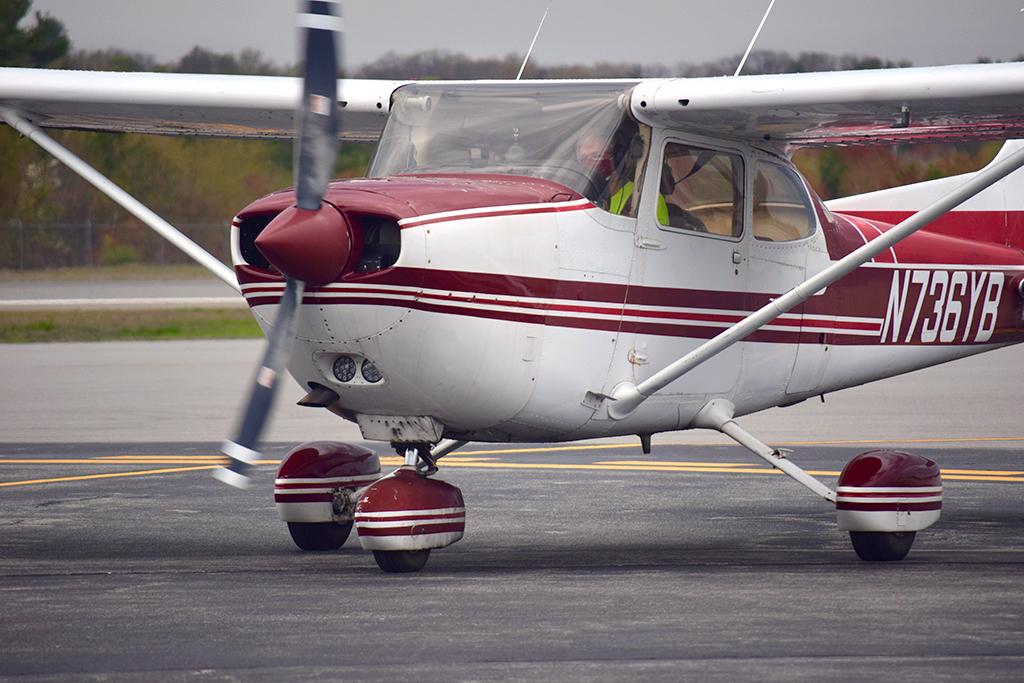 National Flight Simulator (NFS) welcomed a better-than-expected turnout for the Aviation Weekend it hosted May 1-2 at its headquarters at Manchester-Boston Regional Airport (MHT) in New Hampshire, validating its role as an entryway for people who want to learn to fly and some who may pursue a career in aviation.

Many clients hail from South America. NFS provides recurrent and initial training on a variety of aircraft platforms for the Colombian Air Force, the Ecuadorian Air Force and the Ecuadorian army. It has provided recurrent training for pilots flying for drug interdiction programs of state attorneys general in Mexico.

Stephen Cunningham, who served as a mechanic in the U.S. Air Force, then went on to manage several Boys and Girls Clubs, earn his pilot’s license and lead the U.S. Aerobatic Foundation as president and CEO, founded NFS in his sixties in 2006. He relocated the operation to MHT, a public airport 50 mi. north of Boston, in 2013. In 2020, the U.S. Small Business Administration named NFS the New Hampshire veteran-owned business of the year.

“Our primary focus when the business started in 2006 was just to do instrument training for general aviation light aircraft,” said Cunningham. “Very quickly on, I started getting calls from King Air operators and large piston-twin operators, wanting to know if I was insurance-approved. So, we went about developing a syllabus and getting insurance-company approved. I had to go out and get another sim, get a bigger facility because I literally started in a broom closet and a hangar down in Nashua.” 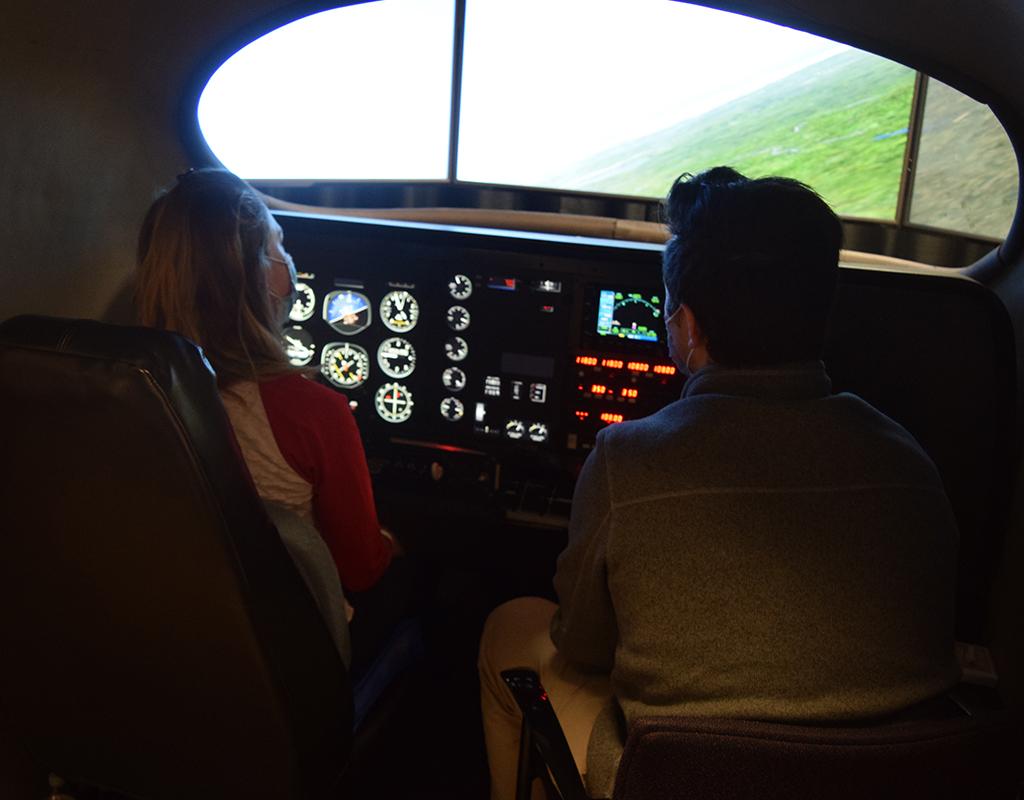 NFS provides simulator-based training primarily using Elite iGate advanced aviation training devices. Its flight academy leading to a private pilot’s license is limited in the time that can be spent on a simulator, which is credited to the required 40-hr. minimum flight time, said CEO Stephen Cunningham.

“What we have learned is if we take a brand-new student and put him in the sim for four or five hours and then take him to the airplane, [he] can fly,” shared Cunningham. “We can teach the important elements of flight in the sim, such as pitch and power, control inputs, doing the scan from the instruments to the outside.”

While the minimum training requirement for a private pilot’s license is 40 hr., the national average time it takes is 65-70 hr.,” said Cunningham. “What we’re finding is that by utilizing the sim, we can cut that national average down to about 50,” he added. 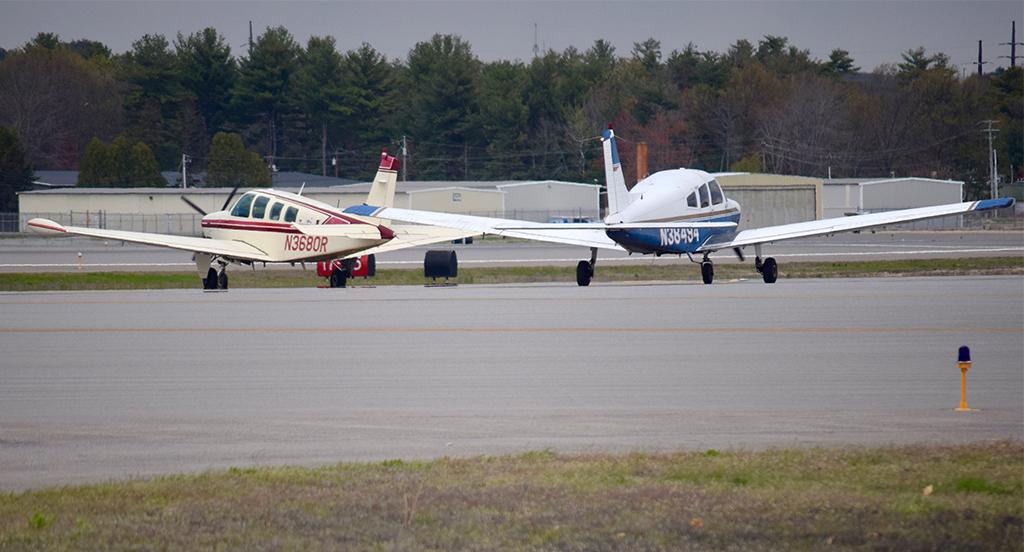 NFS draws talent from a pool of 25 certified flight instructors, some of them veterans, who act as independent contractors. It provides flight training using lease-back arrangements for some aircraft as well as client-provided planes. It has access to a varied fleet of single- and twin-engine piston and turboprop aircraft, including the Beechcraft Bonanza A36 (left) and Piper PA28 Cherokee seen taxiing for takeoff at MHT.

Among other roles, NFS hosts an FAA-designated knowledge test center for drones and an enrollment center for the Transportation Security Administration’s PreCheck program.

“That alone drives about 150 people a week through the doors,” CEO Stephen Cunningham said of PreCheck enrollment. “We don’t make a lot of money on it, but what we do get out of it is rusty pilots and people that always wanted to fly but never got around to it.” 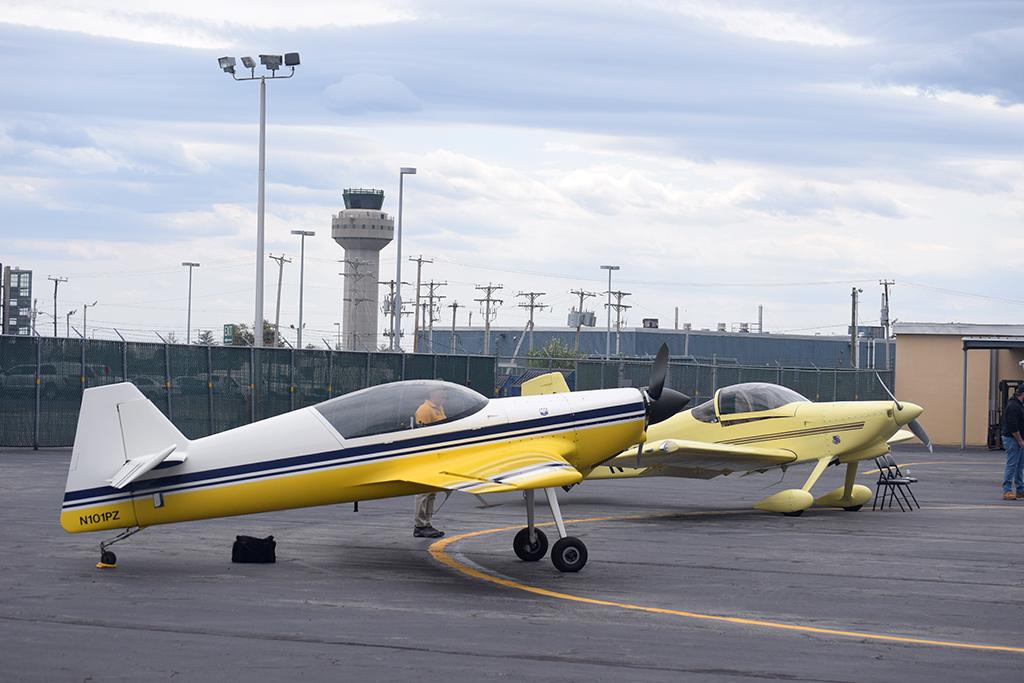 Featured On The Flight Line

A Giles G-202 aerobatic airplane (foreground) and an RV-9 kit plane were among aircraft featured on the NFS flight line at Manchester-Boston Regional Airport. The public airport 50 mi. north of Boston is served by American Airlines, United Airlines and Southwest. 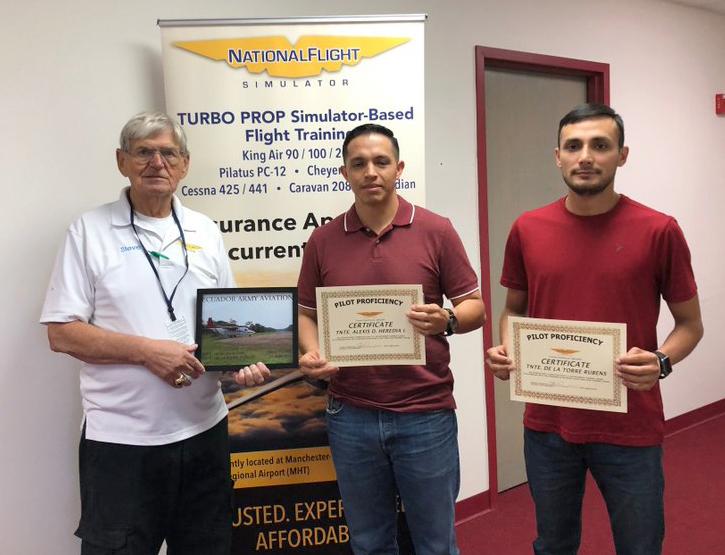 Managing Through A Pandemic

During the pandemic, NFS received multiple loans that were converted into grants from both the Small Business Administration (SBA) Paycheck Protection Program and Economic Injury Disaster Loan program. It also received a grant from the state of New Hampshire.

With the government support, NFS was able to retain and even grow its regular staff of 19 part-time employees, said CEO Stephen Cunningham, who is the one full-time employee.

“We were able to demonstrate that we provided enough essential services to keep the doors open and not have to be forced to close like restaurants,” said Cunningham. “With the help of the SBA and some of the other resources that are available to us, things started to perk again. We’re seeing pretty rapid growth.

“Now, my expenses have gone up substantially, so I am still trying to make the thing profitable,” he added. “But I am wholly optimistic that we are going to have a strong and solid organization. I’ve been in business since 2006 and we’re still here.”

National Flight Simulator (NFS) welcomed a better-than-expected turnout for the Aviation Weekend it hosted May 1-2 at its headquarters at Manchester-Boston Regional Airport (MHT) in New Hampshire, validating its role as an entryway for people who want to learn to fly and some who may pursue a career in aviation.