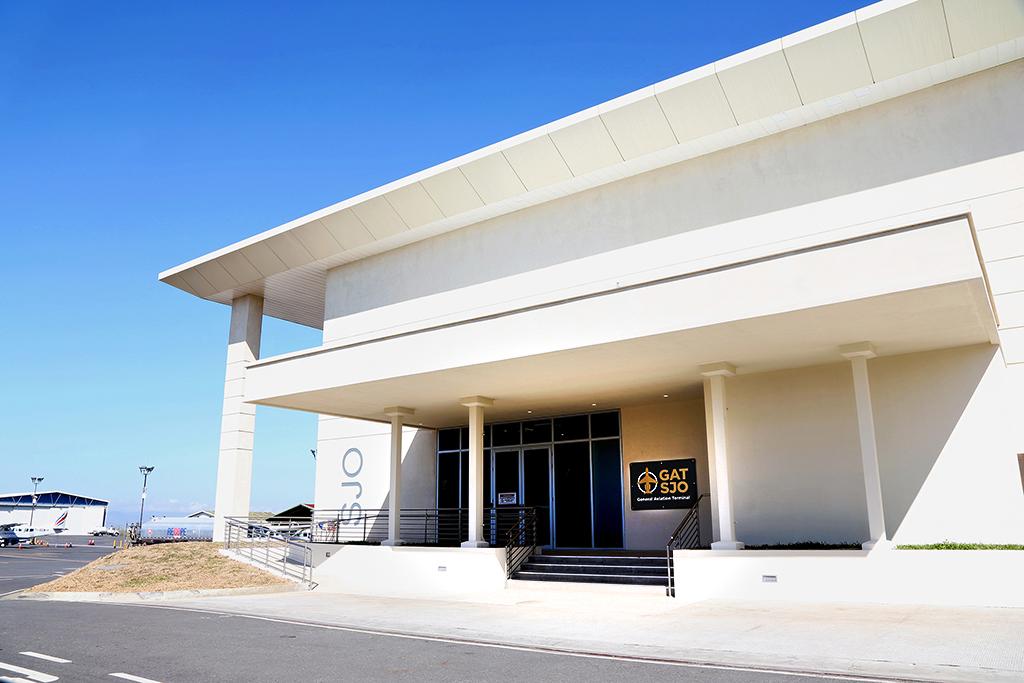 The ‘Unique’ GAT-SJO in San Jose

Announced at NBAA-BACE in Las Vegas in 2019 and opened late that year, the General Aviation Terminal at Costa Rica’s Juan Santamaría International–GAT-SJO–remains unique in Central America as a business aviation portal. “No lines, no waiting times, CIQ (Customs, Immigration, and Quarantine) on site all in one place,” says operator Universal Aviation. 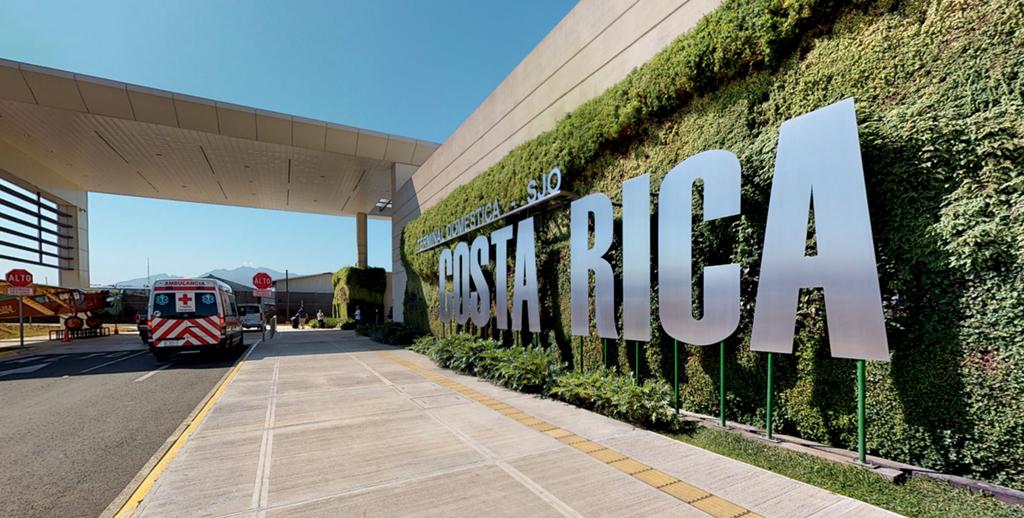 GAT-SJO is located adjacent to the San José airport’s new terminal for domestic airlines. It’s the fruit of years of customer requests and successful negotiation and planning with SJO management. As elsewhere, Covid-19 has made for reduced traffic, but “Costa Rica decided to stay with borders open and minimum entry requirements,” Universal says. “This facilitated getting traffic from all around the globe, including some nontraditional destinations like Russia.” 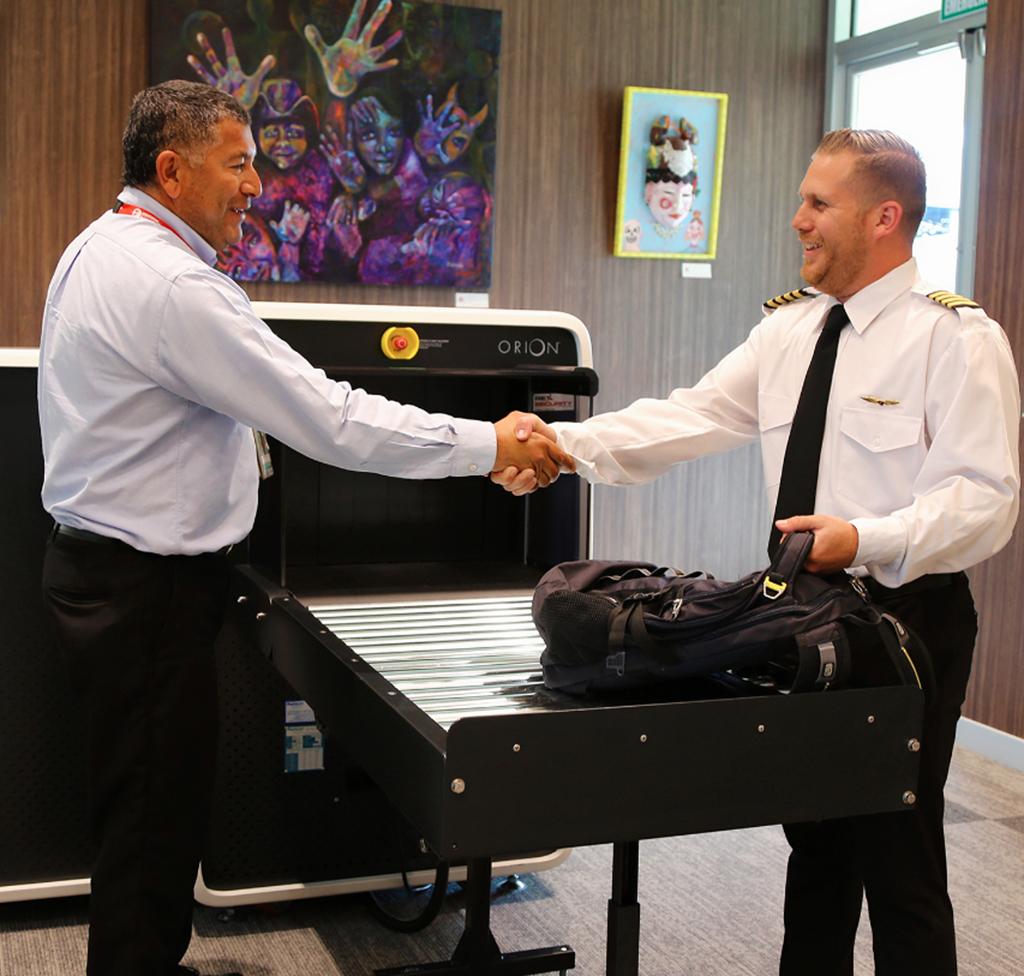 A greeting by Luis Meza, operations supervisor for Universal Aviation Costa Rica. Meza and his staff facilitate the process of private flying in Costa Rica, handling required (in Spanish) documentation, and arranging ground–or perhaps helicopter–connections. “Operational safety is our focus,” Universal says. “We use three or more ground agents per operation, more than any other handler in Costa Rica.” Universal doesn’t offer fueling at GAT-SJO--“There’s only one aviation fueler in Costa Rica, and it’s owned by the government,” the company notes. Select fuel cards are accepted, but the company cautions that, “By regulation, scheduled commercial operations have priority over general aviation, in terms of aviation fuel uplifts.”

GAT-SJO is a short walk from Juan Santamaría International’s main terminal, but private airplane passengers have their own Customs, Immigration and Quarantine services (CIQ). They are assured of “no co-mingling with commercial passengers,” Universal says, “a faster, better, and more secure experience for business aircraft operators.” Melissa Cadet, GAT-SJO customer service coordinator, extends a warm welcome to the GAT-SJO lounge. 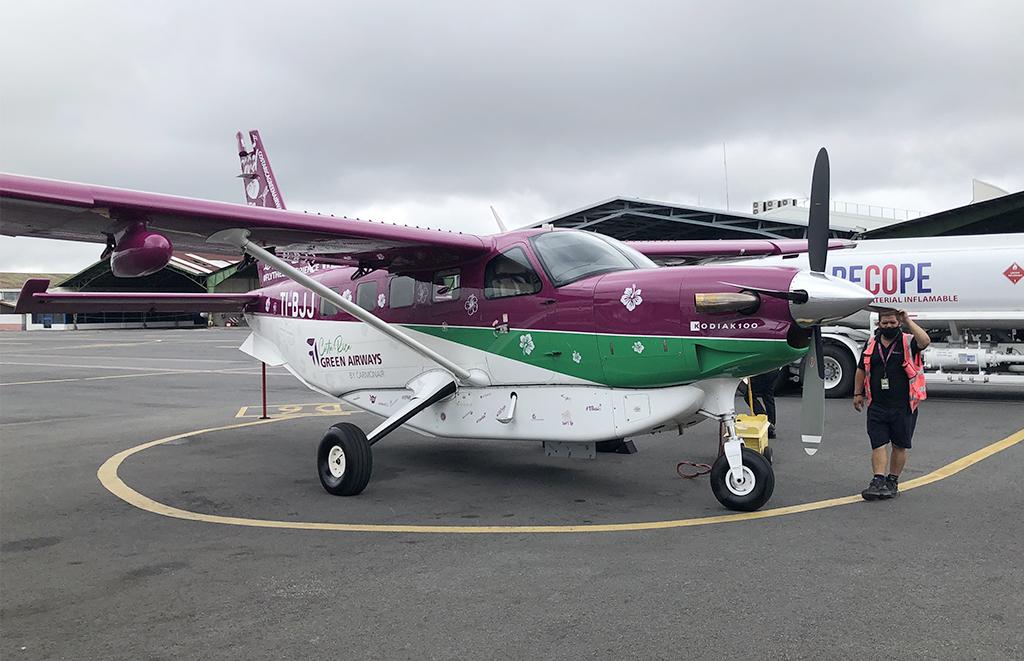 GAT-SJO for Domestic Airlines, Too 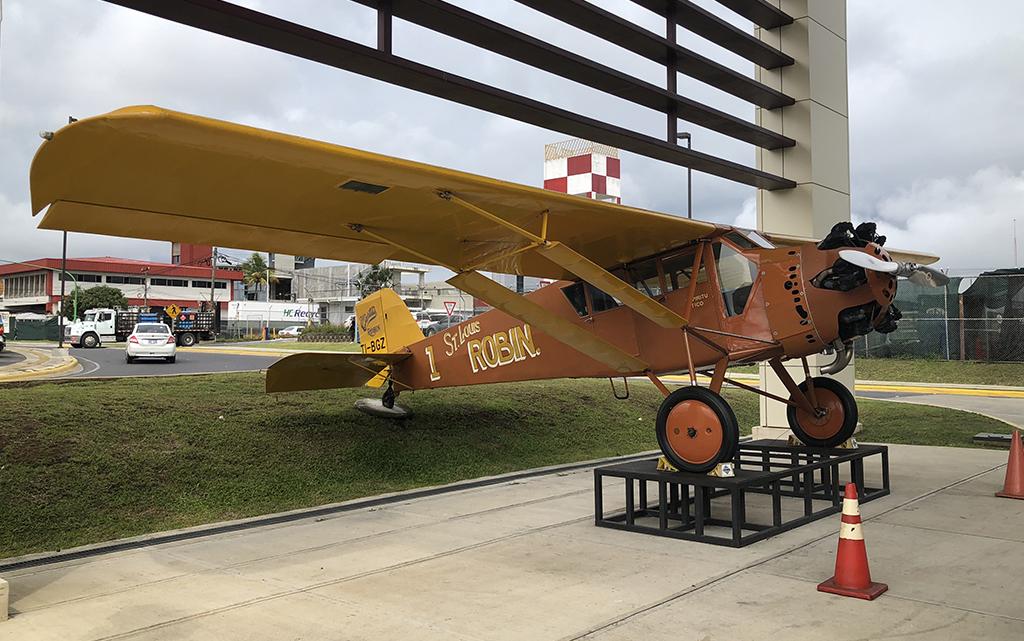 A Little Bit of History

This 1929 Curtiss Robin, said to be the oldest airplane in Costa Rica, is known now as Espiritu Tico, the “Spirit of Costa Rica.” It is on display in front of the GAT-SJO passenger terminal.

A look a the new General Aviation Terminal in Costa Rica.