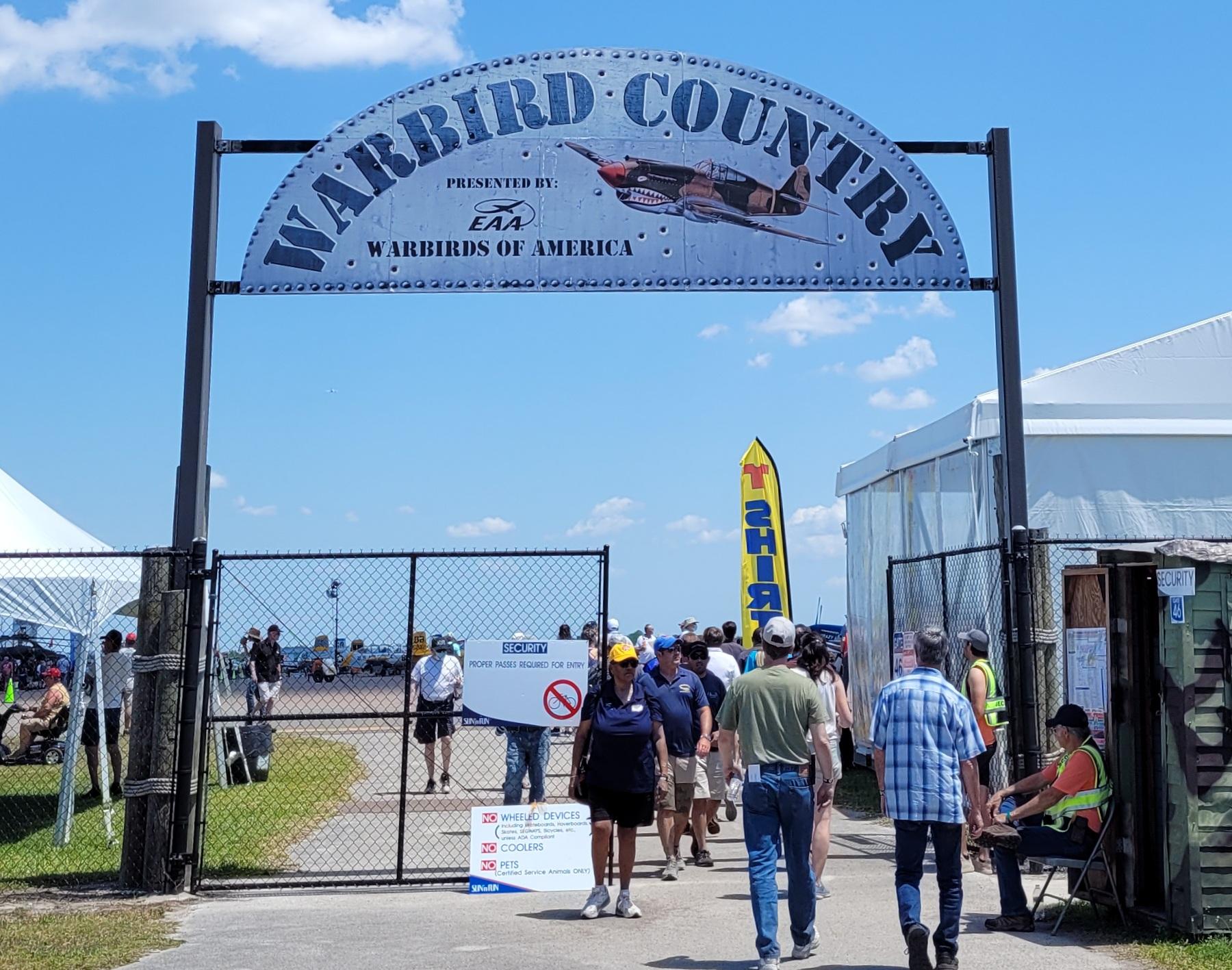 Warbirds Country at Sun ‘n Fun in Lakeland, Florida, is a well-traveled section of the sprawling show, which runs April 13-18. Credit: Molly McMillin 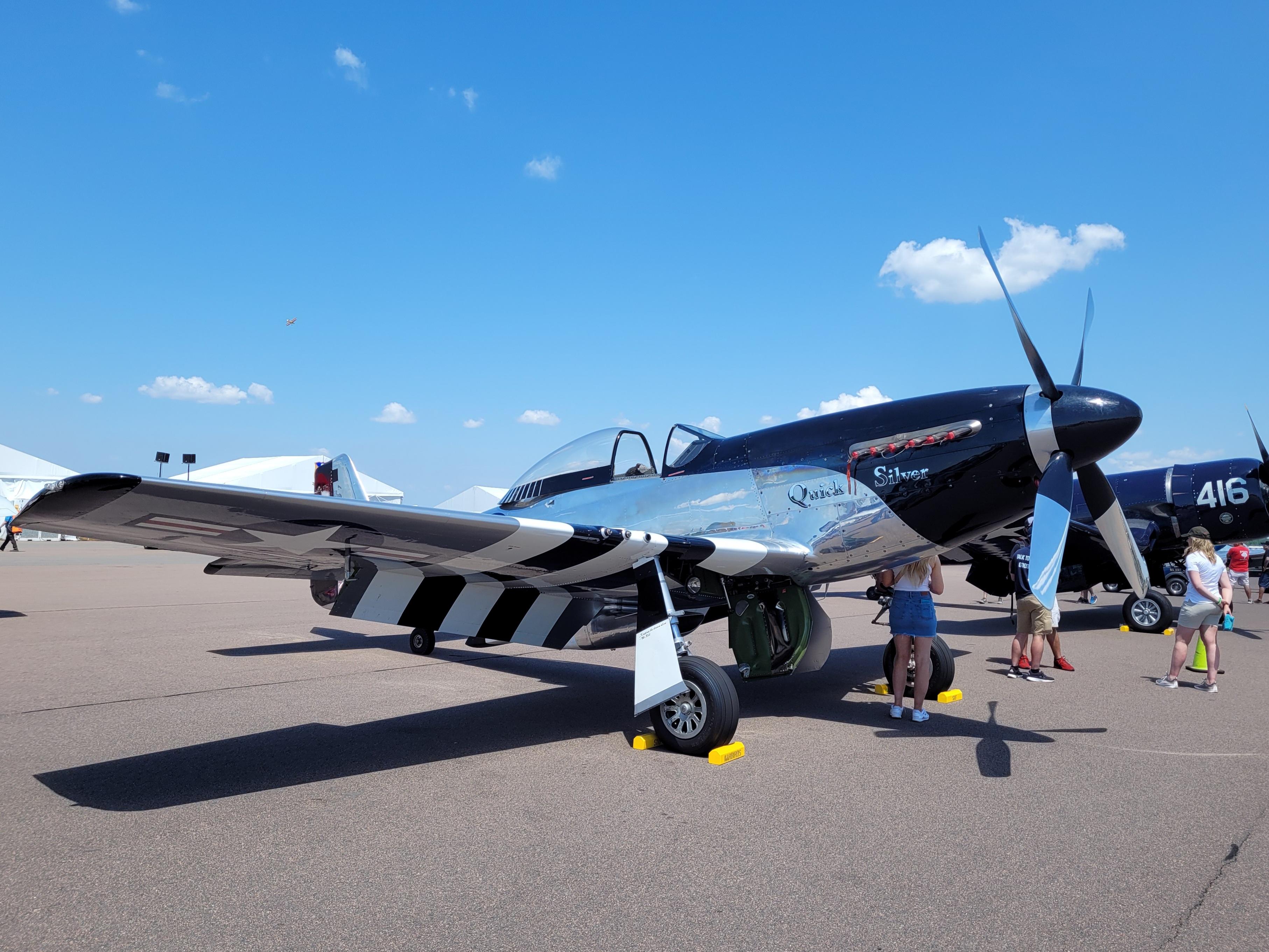 The P-51 Mustang called "Quick Silver" was a labor of love for Scott Yoak and his father, Bill, who collected parts from 37 countries to restore the fighter back to life. Following a 15-year restoration project, the P-51 took to the skies again in 2007. The aircraft was built in 1945 and was part of the Home Guard. Credit: Molly McMillin 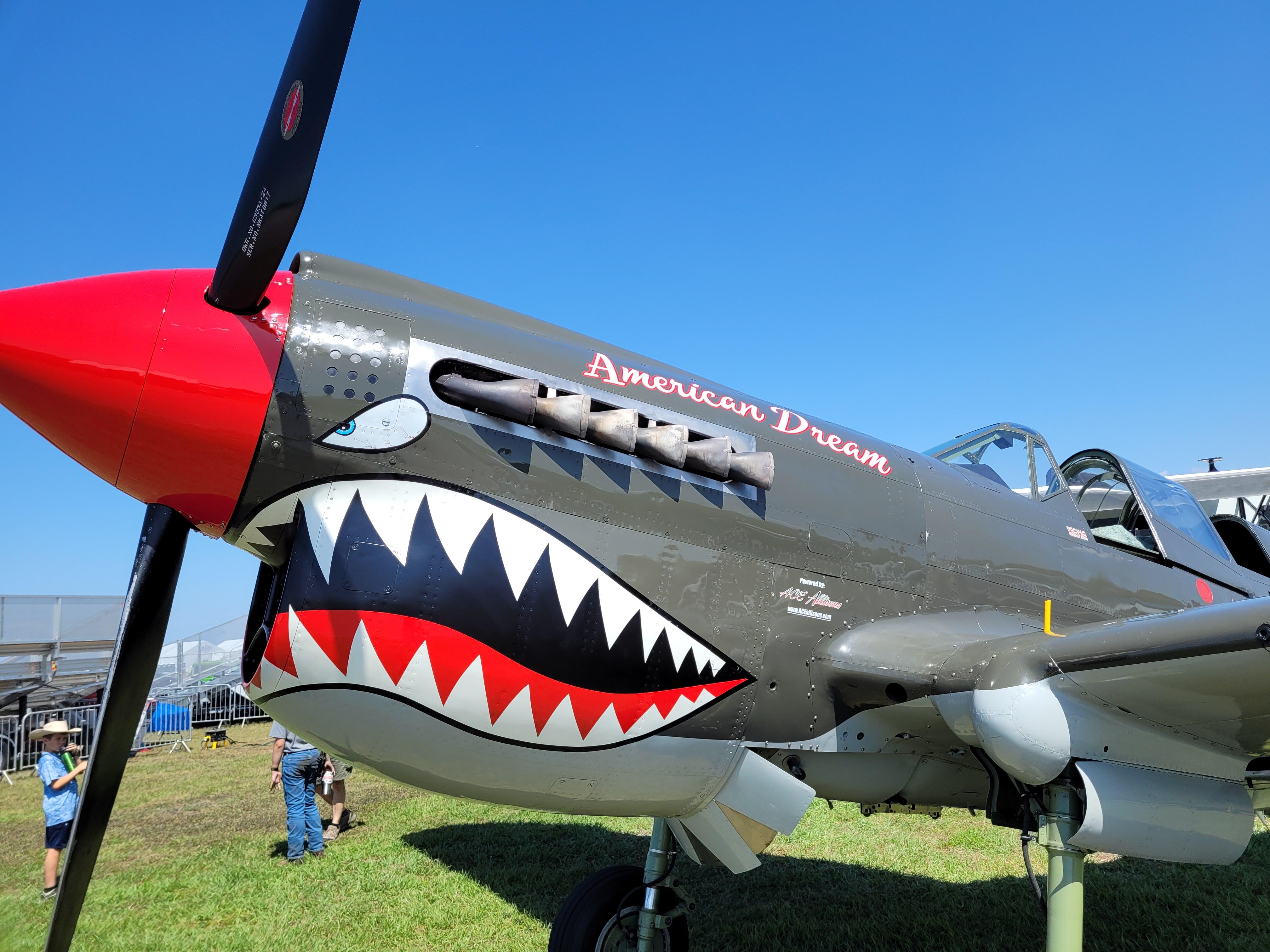 The TP-40N Warhawk called the “American Dream” is a classic World War II fighter. It is piloted by Thom Richard, who showcases the fighter’s capabilities at air shows. 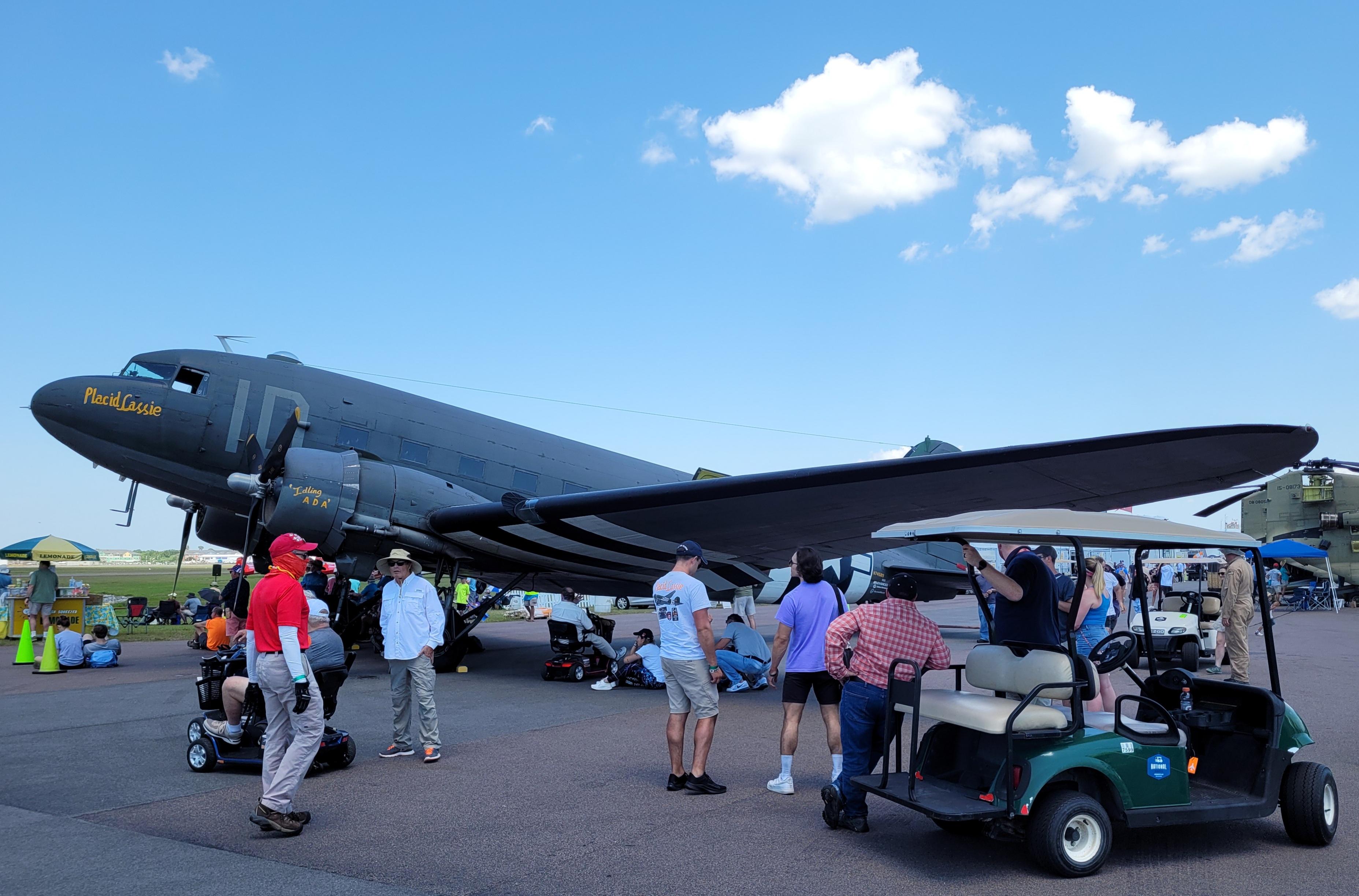 The “Placid Lassie” is a C-47A built in 1943 by Douglas Aircraft in Long Beach, California, and delivered to the U.S. Army Air Force. The aircraft was flown during the D-Day Invasion during World War II. It took part in the Normandy invasion, Operation Market Garden in the Netherlands, Operation Repulse for relief in Bastogne, and Operation Varsity in the Rhine. It returned to the U.S. in 1945. Credit: Molly McMillin 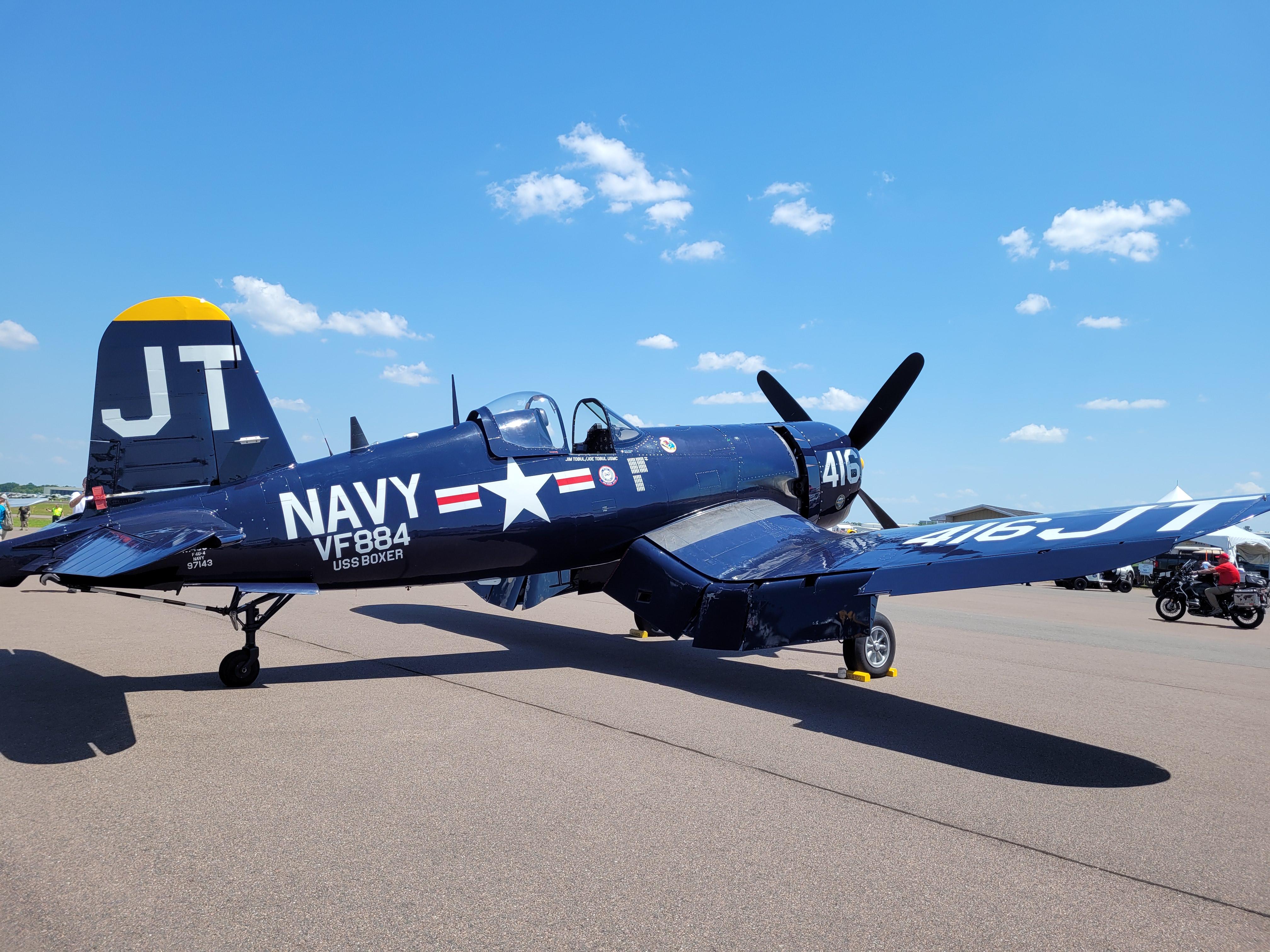 The Corsair fighter was part of the U.S. Navy Squadron VF-884. The aircraft flew during the Korean War and was escorted by the carrier called the USS Boxer. Credit: Molly McMillin 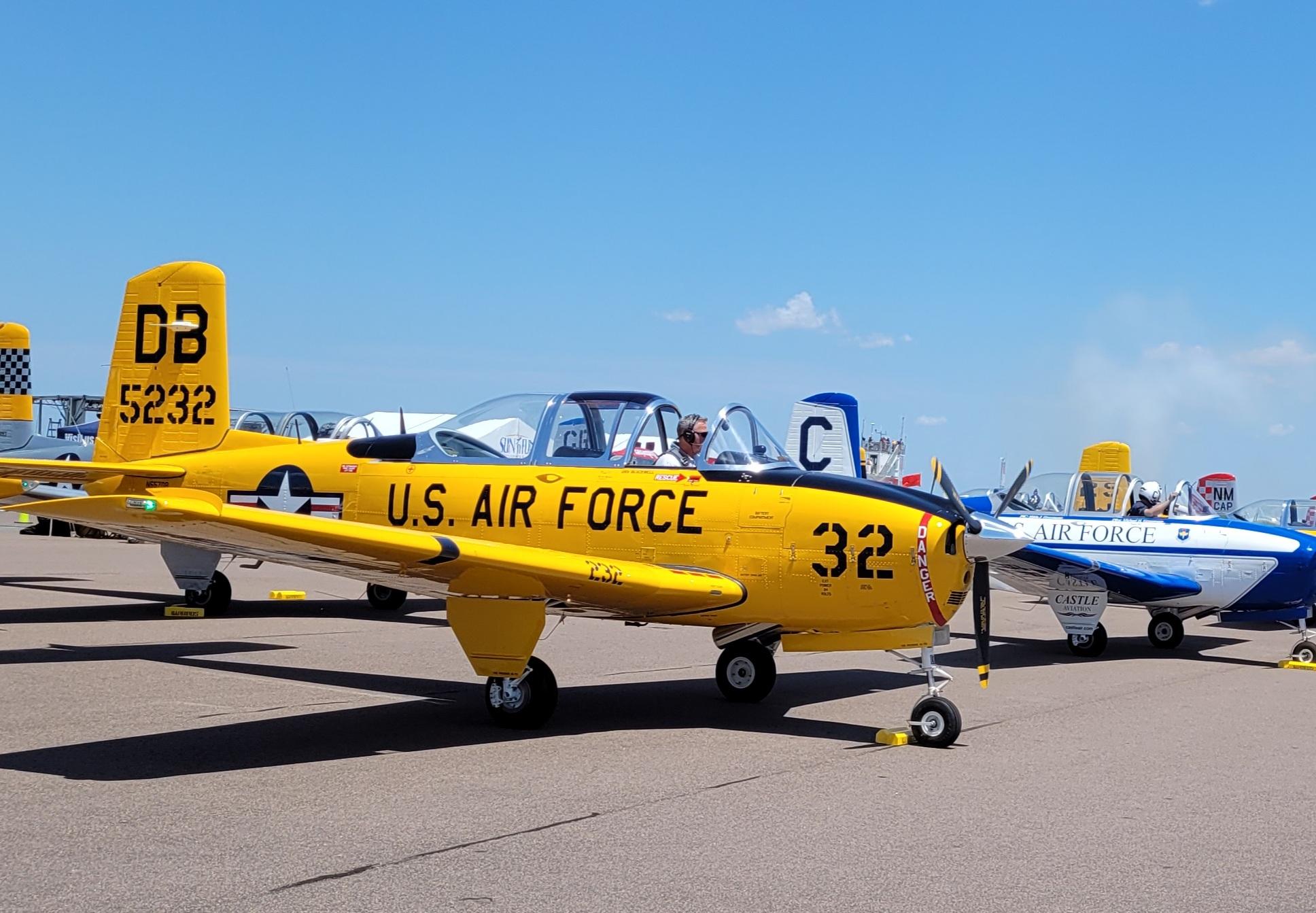 A pilot fires up a Beech T-34A Mentor to perform in the afternoon air show at Sun ‘n Fun on April 14. The trainer was used in the 1950s and derived from the Beech Bonanza. The company built 2,300 of the trainers. They are powered by a 224 hp, six-cylinder Continental 0-470 engine. Credit: Molly McMillin 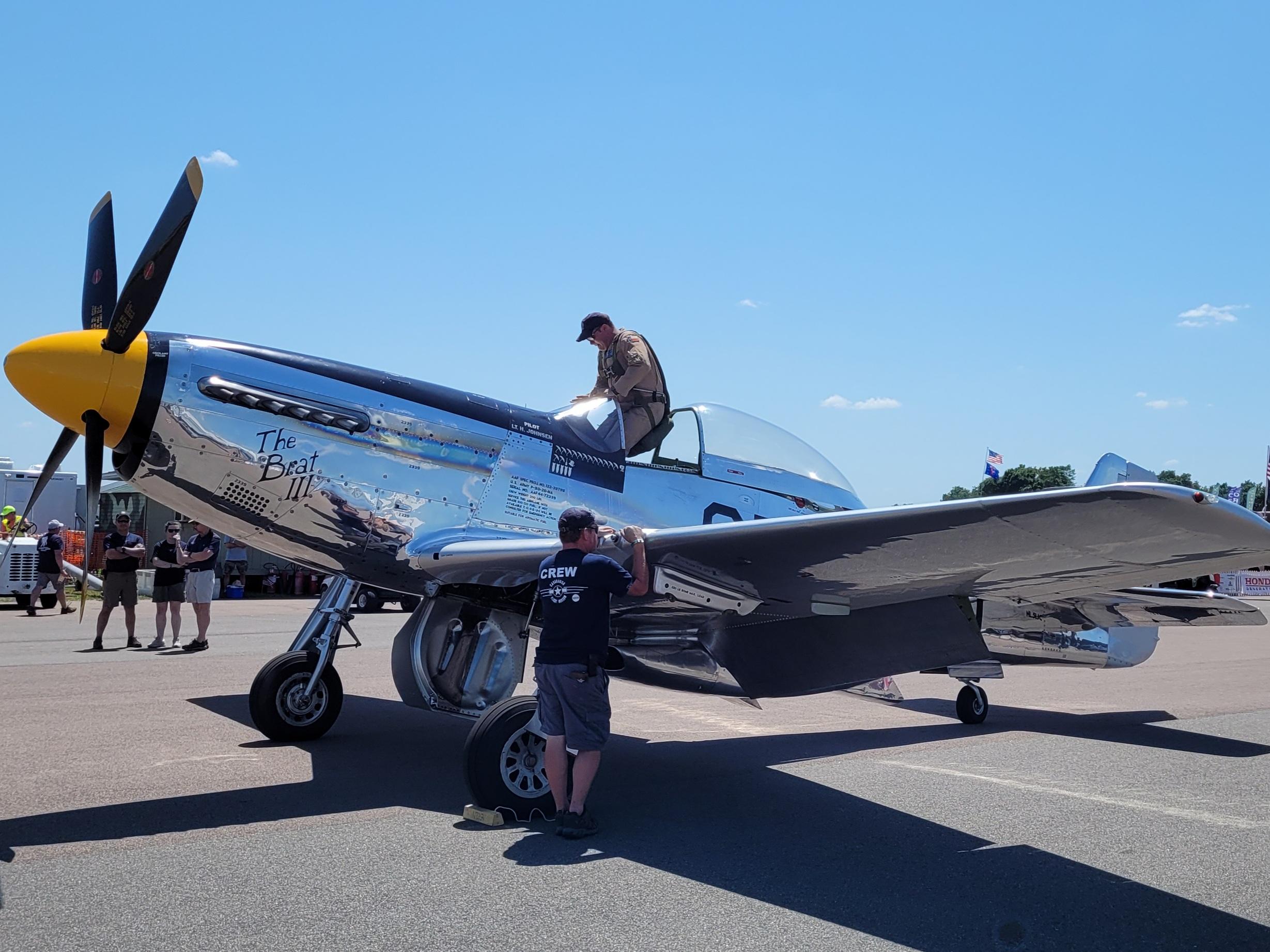 The North American P-51 Mustang was a long-range fighter used during World War II, the Korean War and other conflicts. The single-seat fighter destroyed nearly 5,000 enemy aircraft over Europe during World War II. The aircraft could carry 1,000 lbs. of bombs and rockets. More than 13,300 of them were built. Here, pilot Lt. H. Johnson climbs into a P-51D "Beat III" aircraft to take part in an afternoon airshow at Sun ‘n Fun.

Warbirds Country at Sun ‘n Fun in Lakeland, Florida, is a well-traveled section of the sprawling show, which runs April 13-18. Take a look at the aircraft present this year.