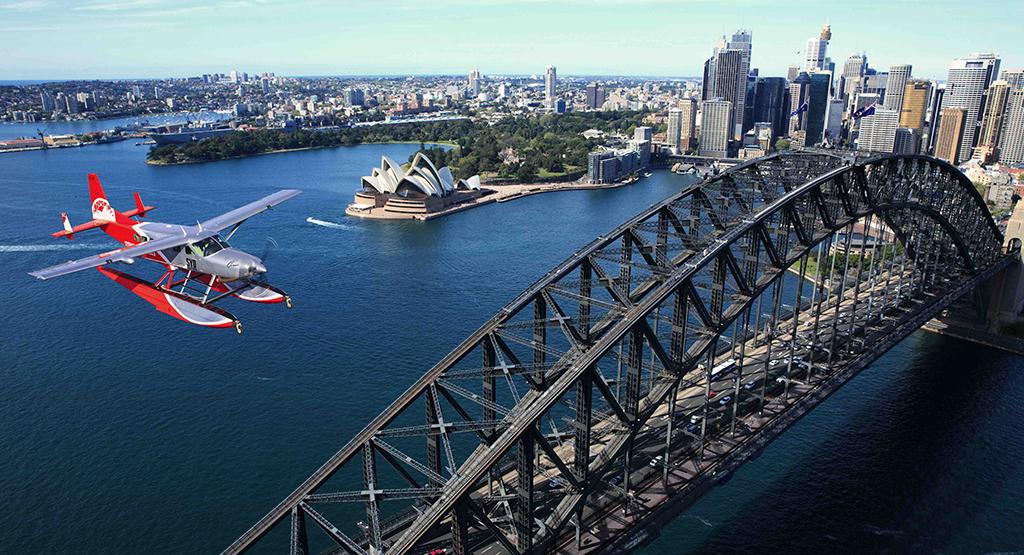 Sydney Seaplanes plans to develop and operate amphibious Caravans powered by magniX 500 electric engines rated at 750 hp. Here a Pratt & Whitney Canada PT-6-powered aircraft flies over Sydney Harbor in Australia. The airline would like to provide customers with an environmentally friendly service using electric engines powered by lithium ion batteries from Sydney to Canberra, the capital of Australia, according to Aaron Shaw, the airline’s managing director. Shaw sees potential for electric powered Caravans in the Asia-Pacific islands near Australia where he is a consultant to seaplane operators. 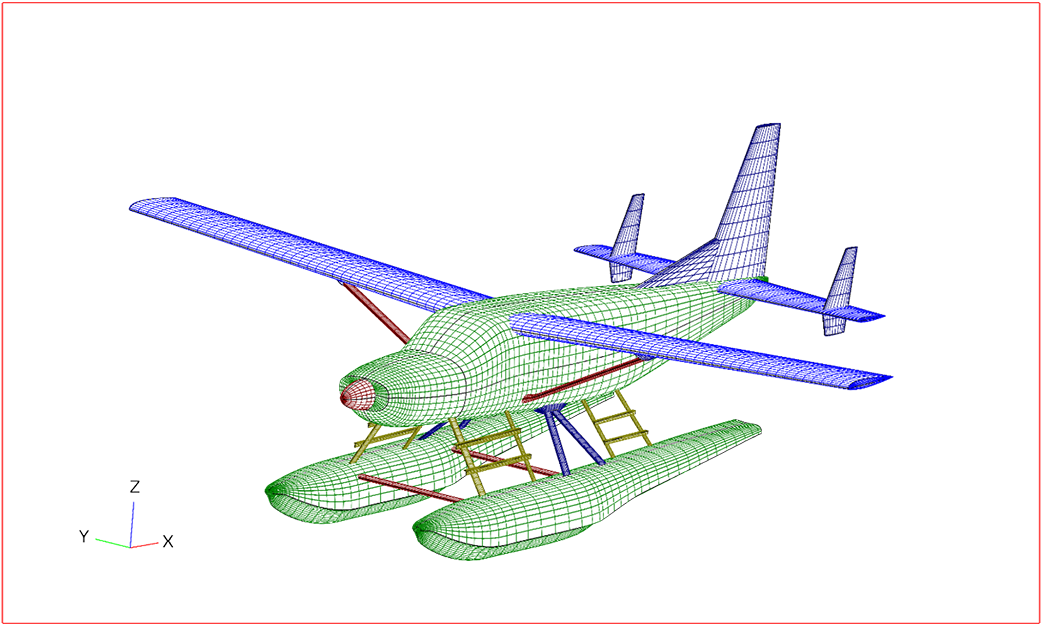 Dante Aeronautical of Spain has partnered with Sydney Seaplanes to design the electric engine retrofit of Caravans, which might cost AUS$1 million per aircraft. “We have ongoing discussions with the Civil Aviation Safety Authority of Australia because there are no regulations currently for certifying this type of aircraft,” said David Doral, Dante co-founder and CEO. 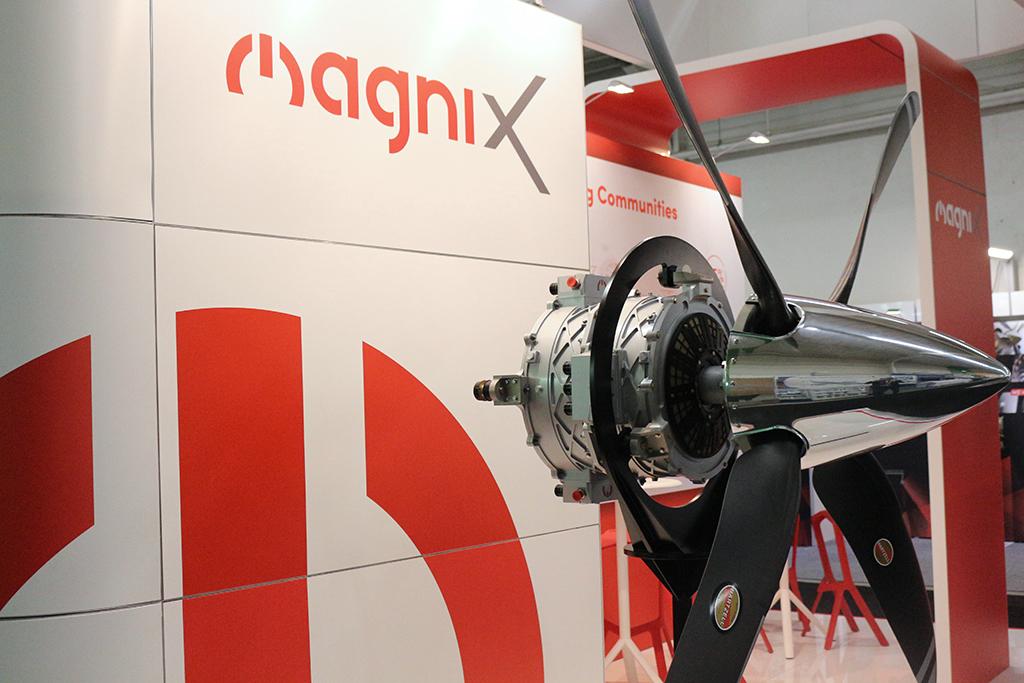 The magniX 500 engine is rated at 750 hp and it will be connected to an 800-volt lithium ion battery on the Harbour Air de Havilland Beaver. The motor weights just 297 lbs. and provides a base speed of 1,900 rpm and 2075 ft. lbs. of continuous torque. It has been flight tested on a Beaver and Caravan. 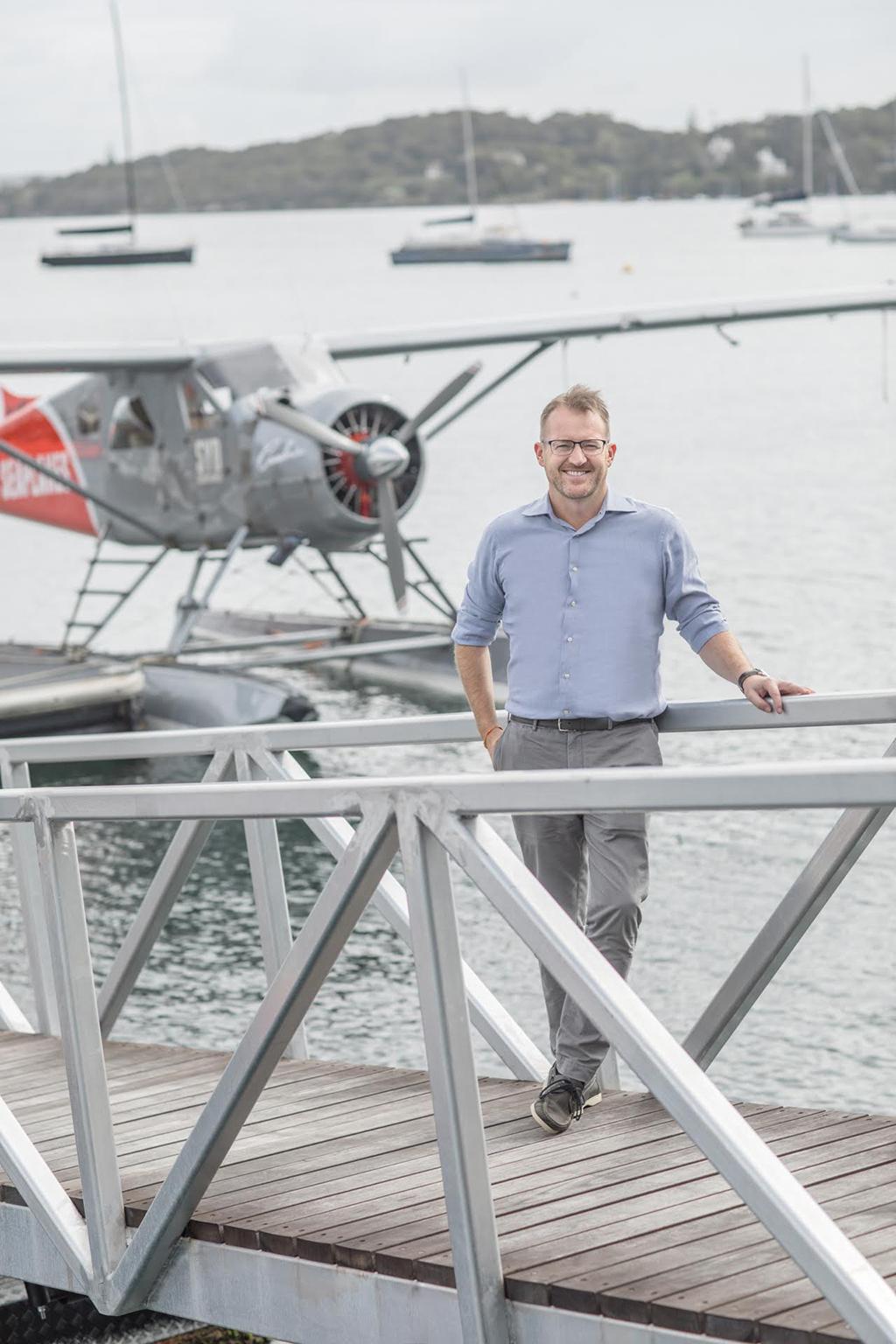 Aaron Shaw, Sydney Seaplanes managing director, plans to mount solar panels at his facility in Sydney harbor to recharge lithium ion batteries for amphibious Caravans. These planes can land on runways or water. He thinks seaplane operators he consults with in Australia, New Zealand, Vietnam, Indonesia, Malaysia and China will be interested in an electric Caravan. 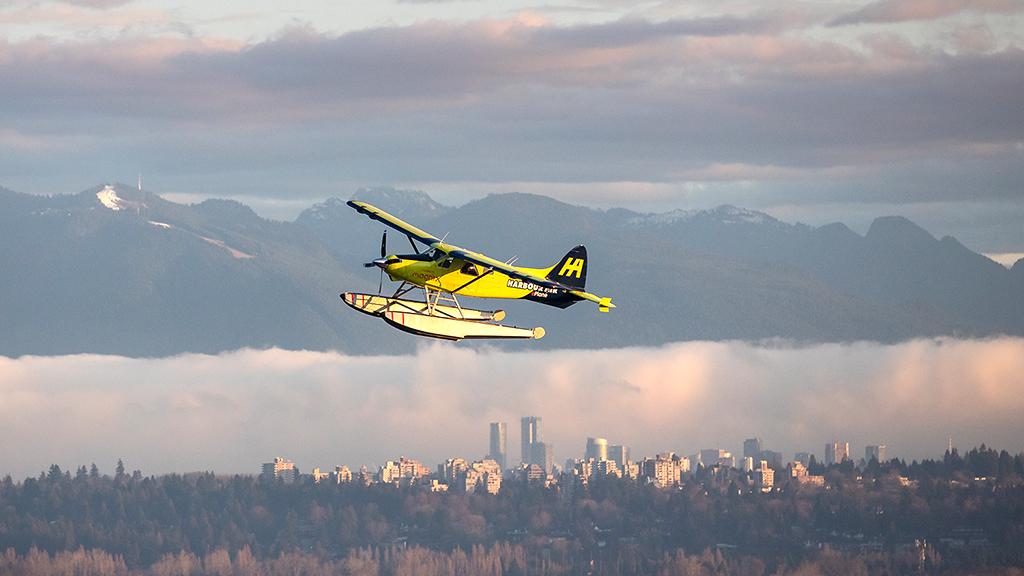 Harbour Air, based in Vancouver, Canada, operates a 44 seaplane airline with Beavers, Otters and Caravans to carry 450,000 passengers per year. The airline plans to use electric engines on its short routes of an hour or less. Harbour Air flight tested a magniX 500 engine on an eBeaver but found less power is needed to it is fitting a second eBeaver with a 375 hp magniX 250 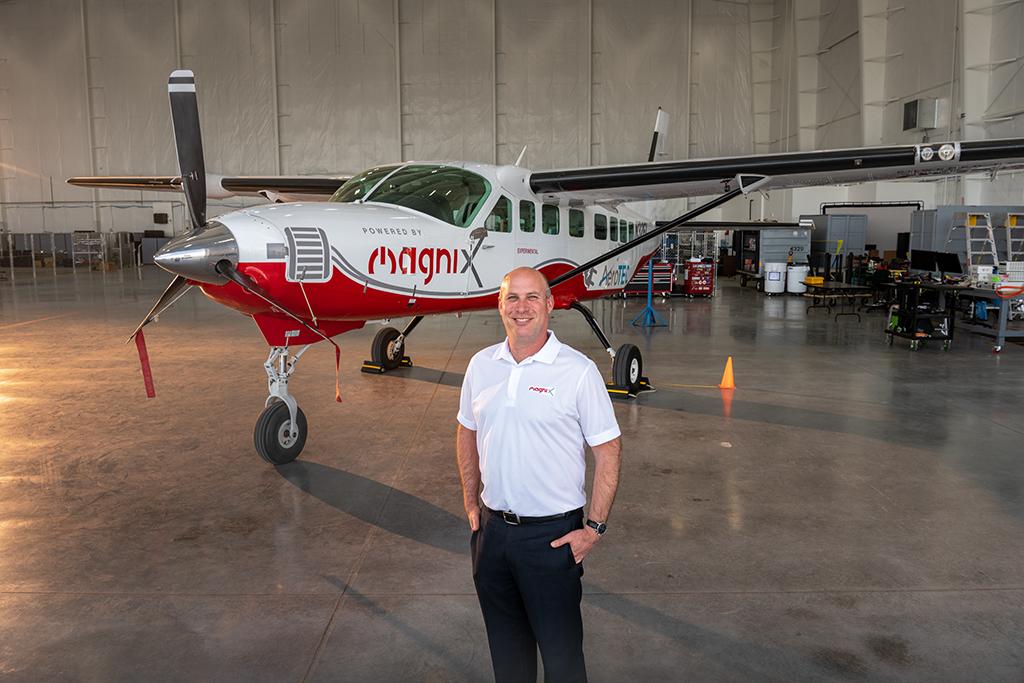 magniX CEO Roei Ganzarski, who worked at Boeing for 13 years, said “In the next 40-50 years, the internal combustion engine for aircraft will be a collectors’ item.” The magniX 500 has been flight tested at Moses Lake on this eCaravan in partnership with AeroTEC, a fight testing, engineering and certification services company. 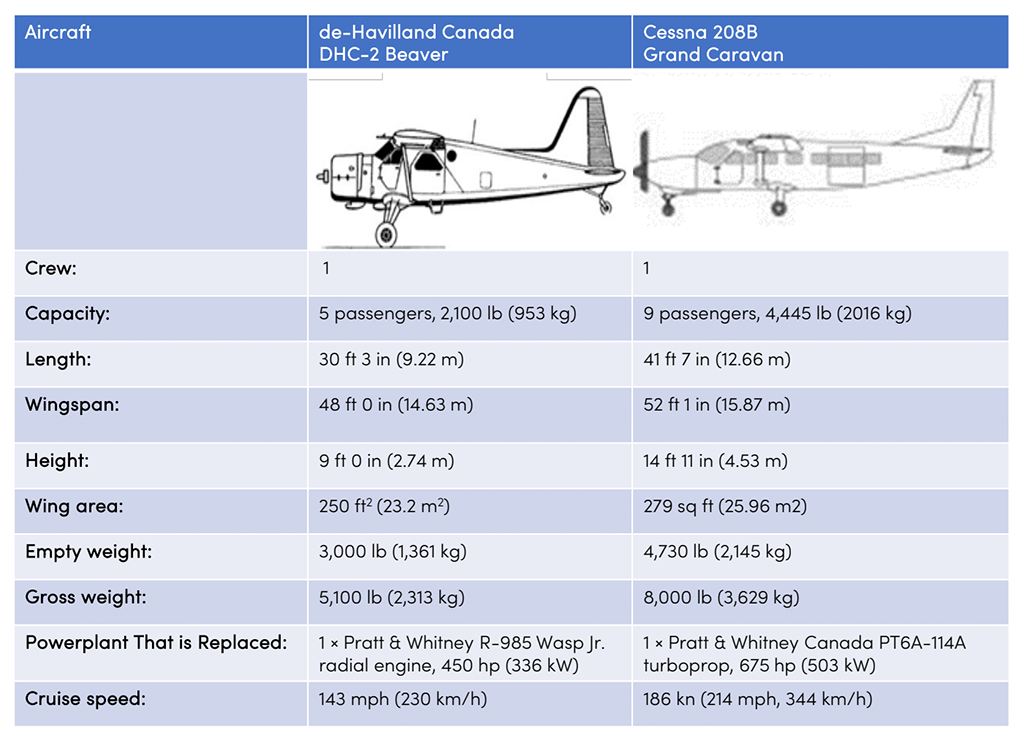 It is ironic that the latest development in aero engines, an all-electric magniX 500 powerplant, may go into service first on traditional utility aircraft like the Beaver and Caravan. Harbour Air also wants to power its single and twin Otters with the magniX. 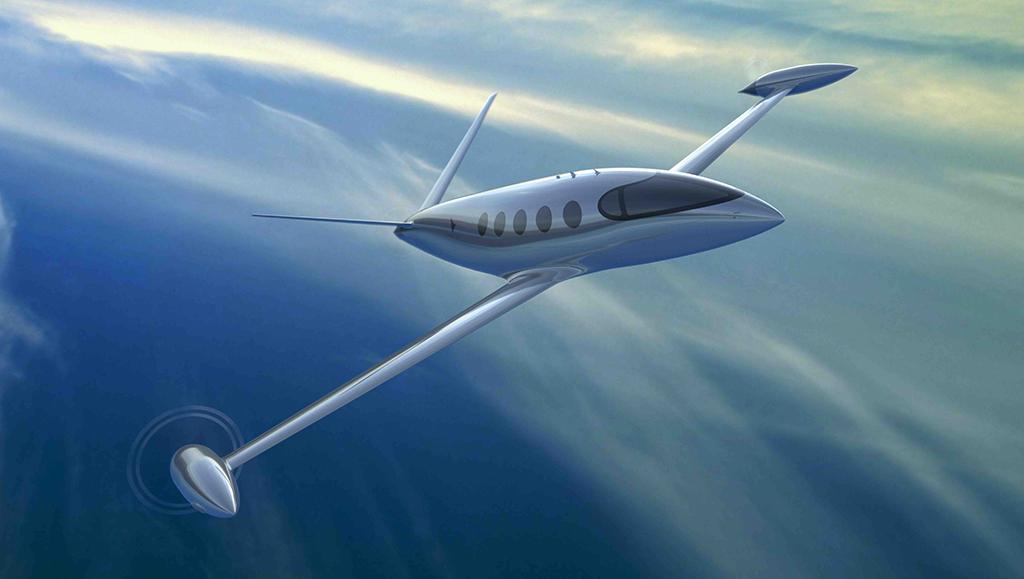 The Eviation Alice commuter aircraft will fly with three magniX 250 engines and pusher props, one on each wing, and one in the tail. The engine is rated at 375 hp. 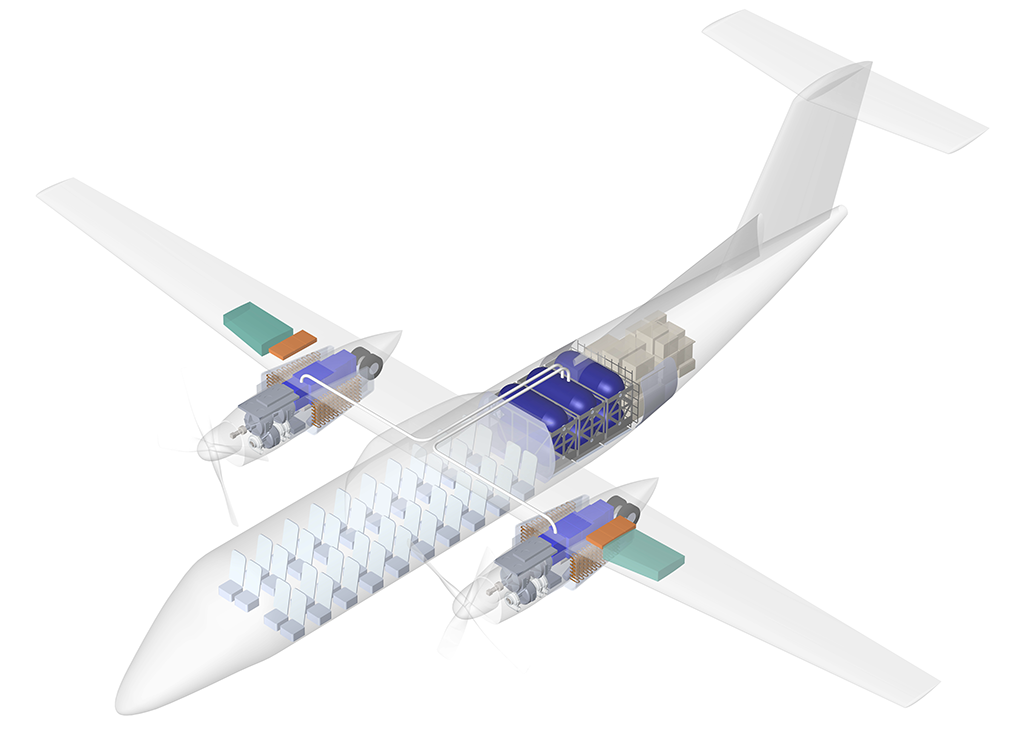 Universal Hydrogen, a fuel logistics startup, has teamed up with magniX to develop a retrofit conversion for the 40-passenger de Havilland Canada DHC8-Q300 regional airline aircraft. The aircraft will have a hydrogen fuel cell electric power train and magniX will provide the two-megawatt electric propulsion system. “There is a clear need for a step change in emissions reduction in commercial aviation, and hydrogen-based, carbon-free power is the future of the industry,” said Paul Eremenko, co-founder and CEO of Universal Hydrogen.

In an effort to reduce emissions, various aircraft are seeking electric propulsion.