The Most Popular COVID-Period Business Aircraft 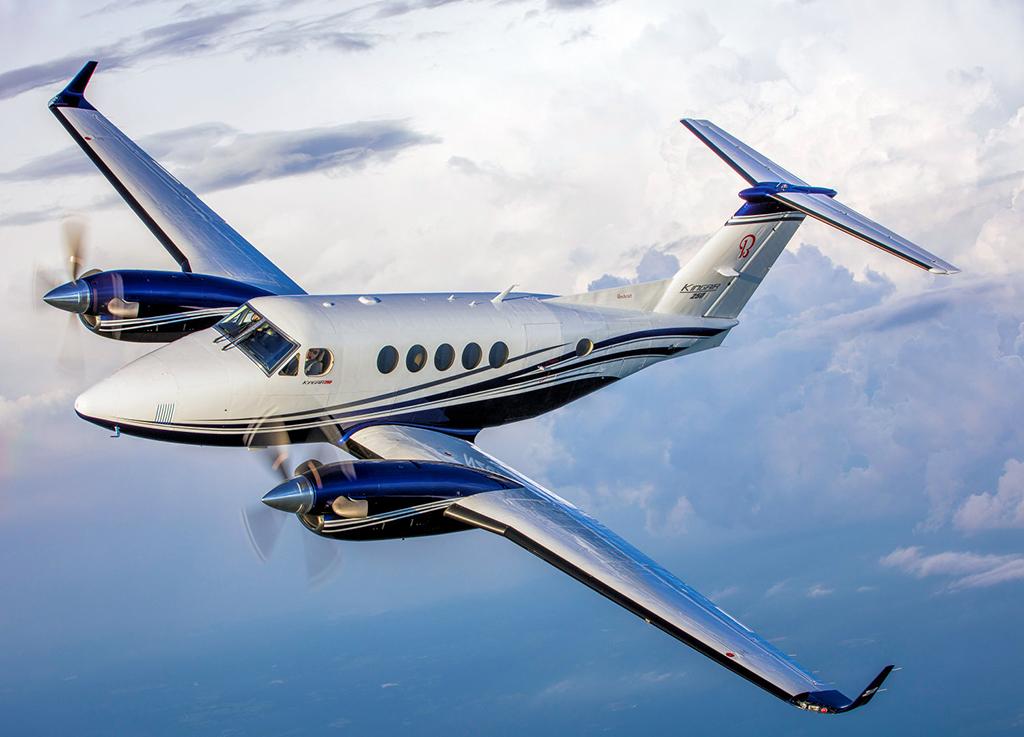 Textron Aviation and its predecessors have been busy building civil and military King Airs—nearly 9,000 of them—since 1963, and the Pratt & Whitney Canada PT6A-powered turboprop twin was equally busy serving its many customers during the pandemic. Still in production, the original eight-place Model 90 has been upgraded considerably and now sells typically equipped for $4.2 million. It was joined in 1969 by the stretched Model 100, which became T-tailed as the 200 in 1974 and is now the nine-place 250 with winglets, costing $6.4 million. Typically with eight in the cabin and two pilots, the top-of-the-range Model 300/350 costs $8.8 million. 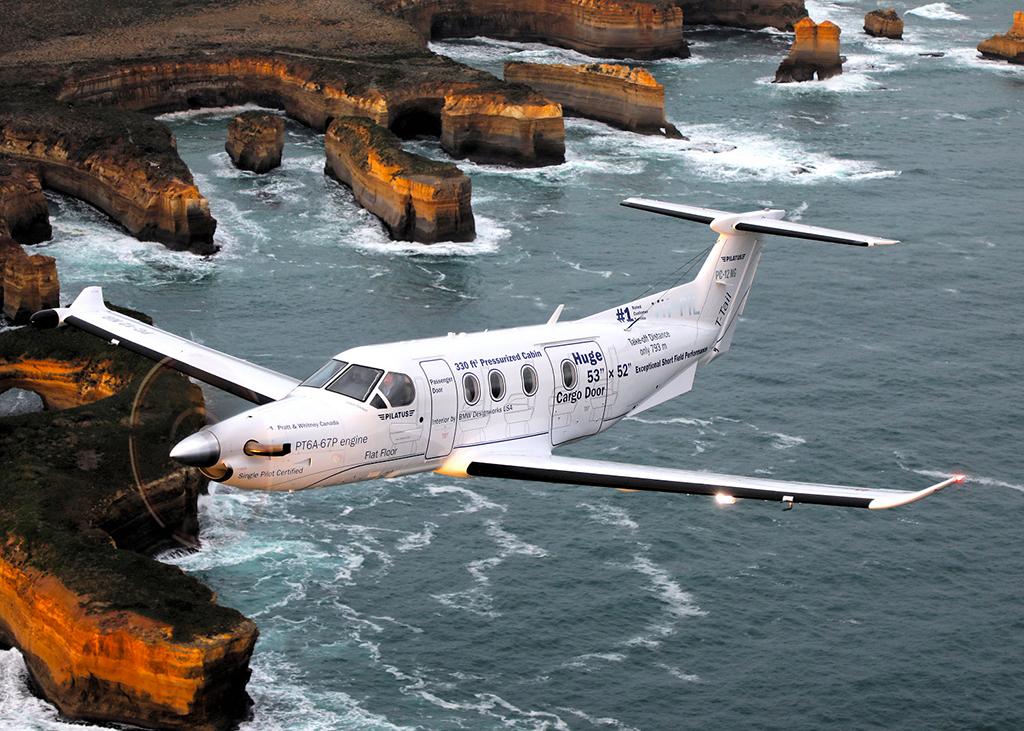 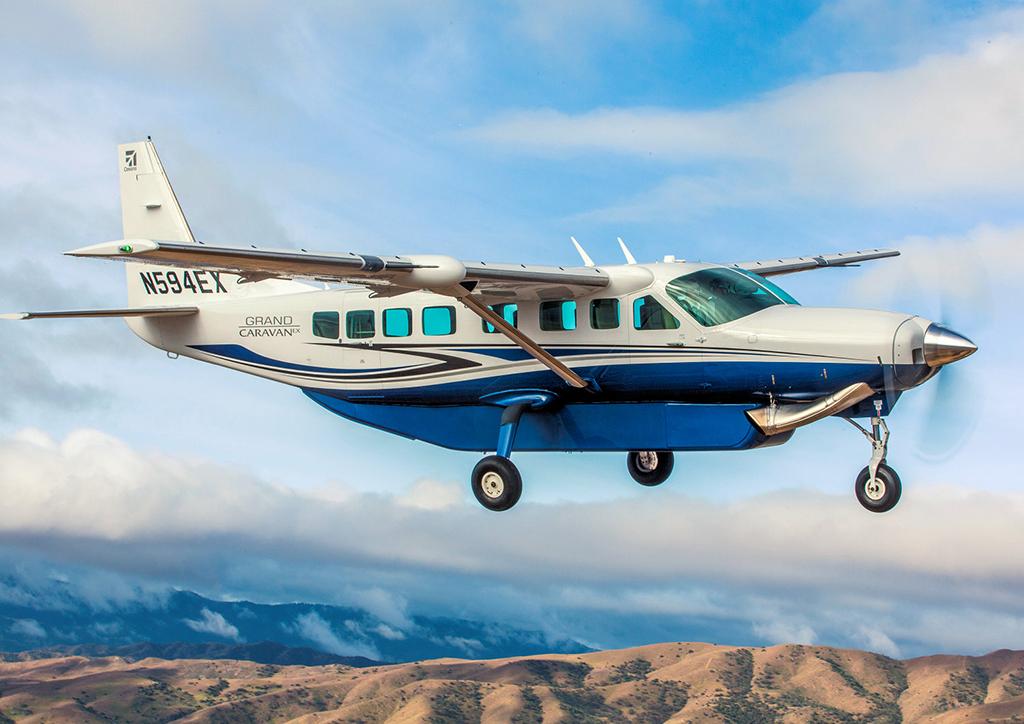 Second place in departures in the U.S, for the March-August period (93,098, down 34%), the baseline Caravan was certified in 1984 and available with and without cabin windows—the latter option is for specialized cargo operators such as FedEx. The stretched 208B is similar, costing $2.25 million in its current Caravan EX form dating from 2012, with up to 14 seats, a ventral baggage pannier and Garmin G1000 NXi avionics. A single Pratt & Whitney Canada PT6A turbine provides 185-kt. cruising and 912-nm range. Floatplane adaptations are popular as are third-party upgrades of older aircraft to higher engine power. About 3,000 are in service. 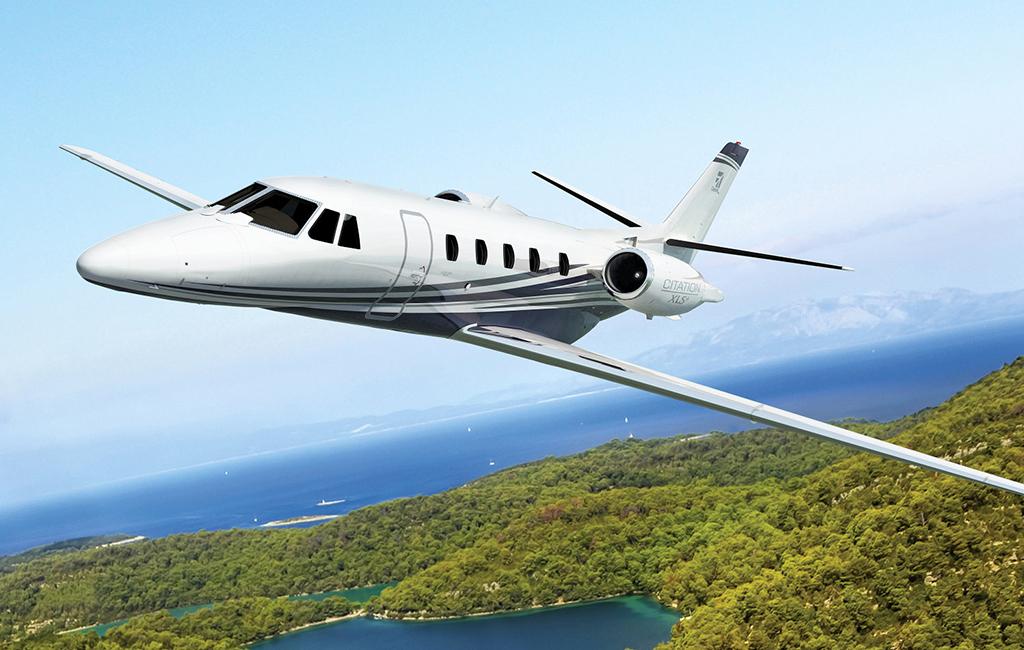 Fifth in American departures (48,009, down 42%) but second in Europe (20,004, down 33%), Cessna’s Excel first flew in 1996 as a derivative of the Citation V and Ultra. Delivered from 1998, it was upgraded in 2004 to become the XLS with uprated Pratt & Whitney Canada PW545B turbofans, a revised interior and greater weights. The XLS+ came four years later with PW545Cs, Collins Pro Line 21 avionics and a longer nose. Seating is for eight in the cabin and two in the cockpit. Almost 1,000 of the three variants are flying. 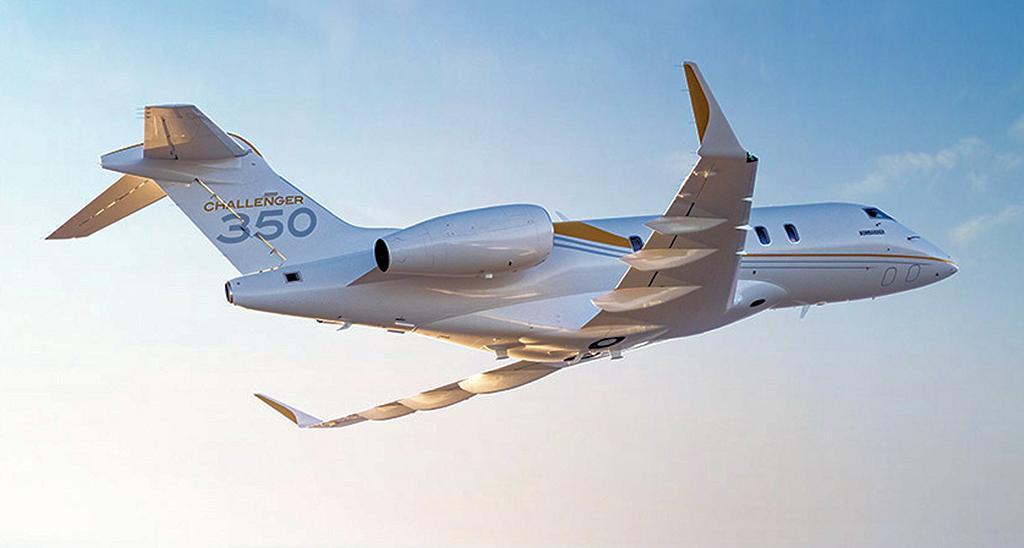 Fourth place in the U.S. in March-August departures (52,101, down 34%) went to the super-midsize BD-100 twinjet. It began deliveries in 2003 as the Model 300. A major order from NetJets prompted a comprehensive upgrade, certified in 2014 as the winglet-equipped Model 350, which can carry eight passengers with full tanks as compared to four, and received approval in 2018 for extra-steep approaches. It has a current BCA “typically equipped” price of $26.7 million. Production of all versions recently topped 850. 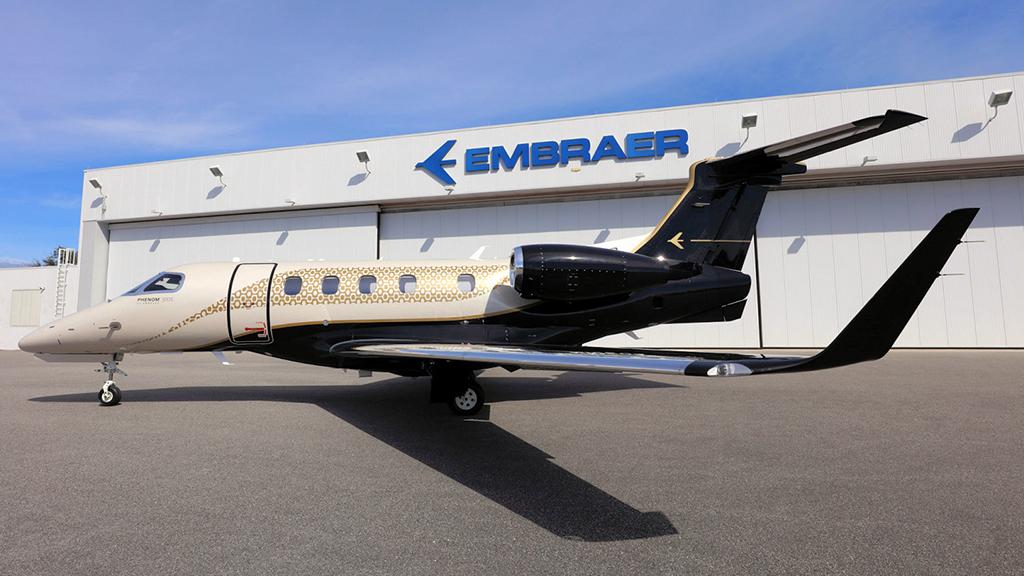 Fifth place in European departures (10,163, down 31%) and sixth in the U.S. (40,413, down 32%) went to legacy versions of the Phenom 300 light jet. It can accommodate one pilot and nine passengers and is powered by a pair of Pratt & Whitney Canada PW535E turbofans. Available, equipped, for $9.65 million, the Brazilian company’s aircraft has been assembled in Florida since 2012. The improved 300E, with interior changes, was announced in 2017 and further transformed as the 300E Enhanced in 2020. More than 550 Phenom 300s have been delivered. 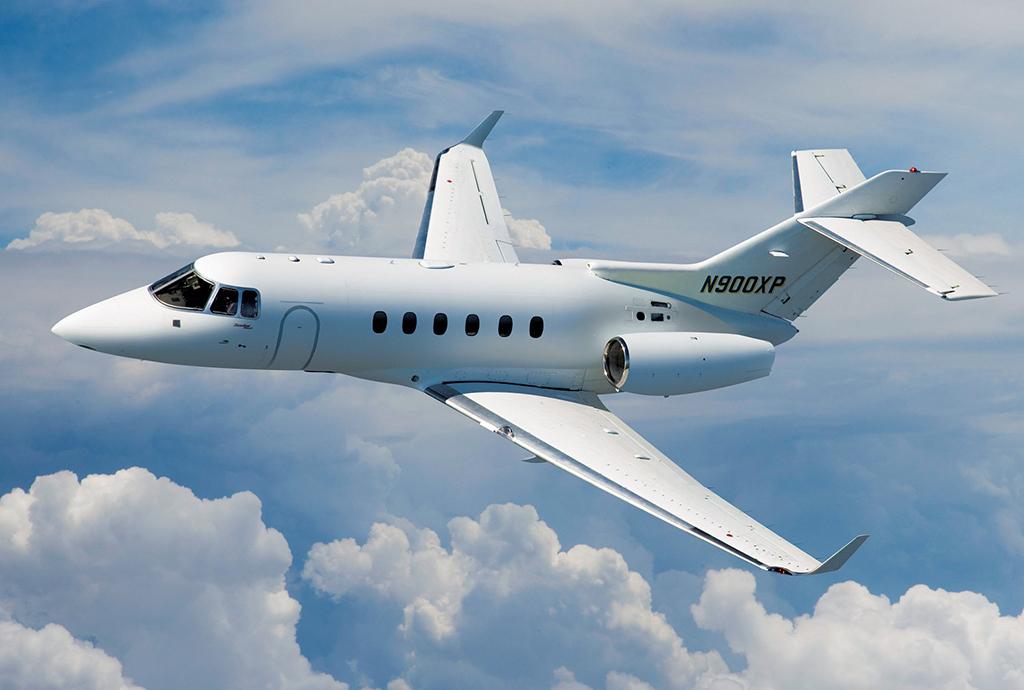 Britain’s 1962 HS 125 was transformed in 1976 with Garrett/Honeywell TFE 731 turbofans replacing Viper turbojets and thereby becoming the Series 700. Carrying eight cabin passengers over 2,420 nm, the upgraded aircraft was always popular in in the U.S., and its final assembly was transferred to Wichita after Raytheon bought the program (by then, up to Series 800) in 1993. Hawker 800s and 850s with winglets were replaced starting in 2007 by the 900 and its shorter-range 750 variant with extra baggage space. Manufacture of both had ended by 2012. In all, 1,700 of the 125 family were built, including 52 Hawker 1000s. 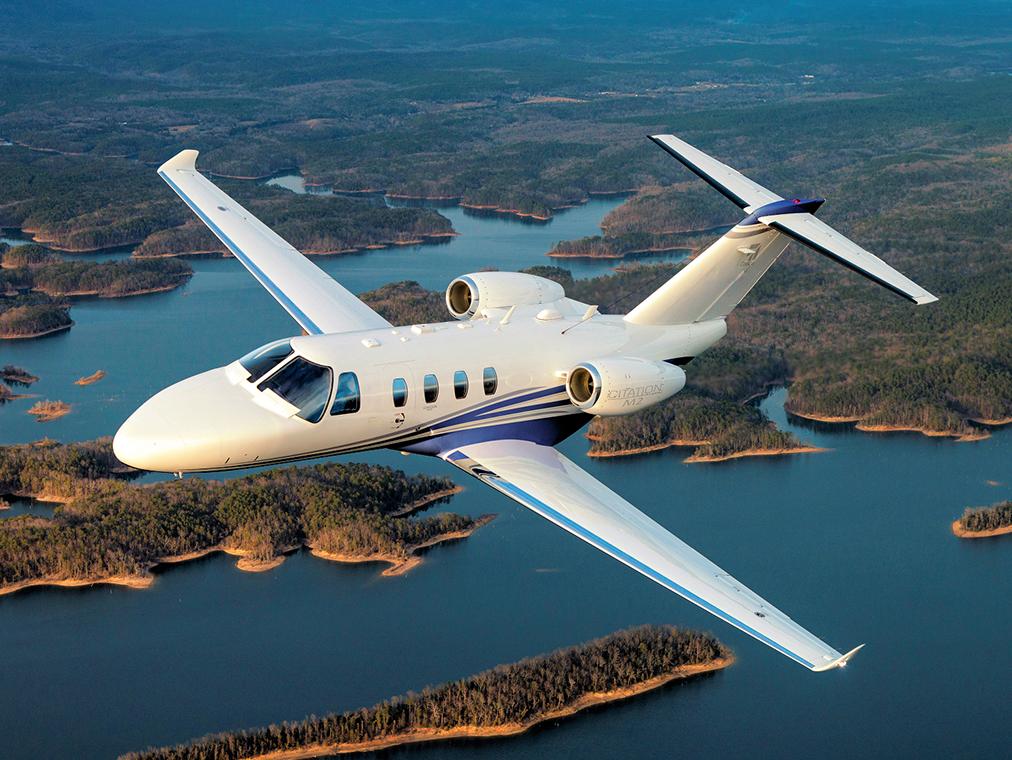 This joint entry, seventh in European departures (9,654, down 14%), covers the first-generation Citation/CJ1/CJ1+ and its 2013 successor, the Citation M2. Cessna built 661 in the first series with six cabin seats, plus two in the cockpit, and powered by two Williams FJ44 turbofans. New avionics, cabin and aerodynamics (including upturned wingtips) characterize the M2, which remains in production with a typical price of $5.3 million. Cruise is at 404 kt., range is 1,550 nm. Some 250 are in service, with more in production. 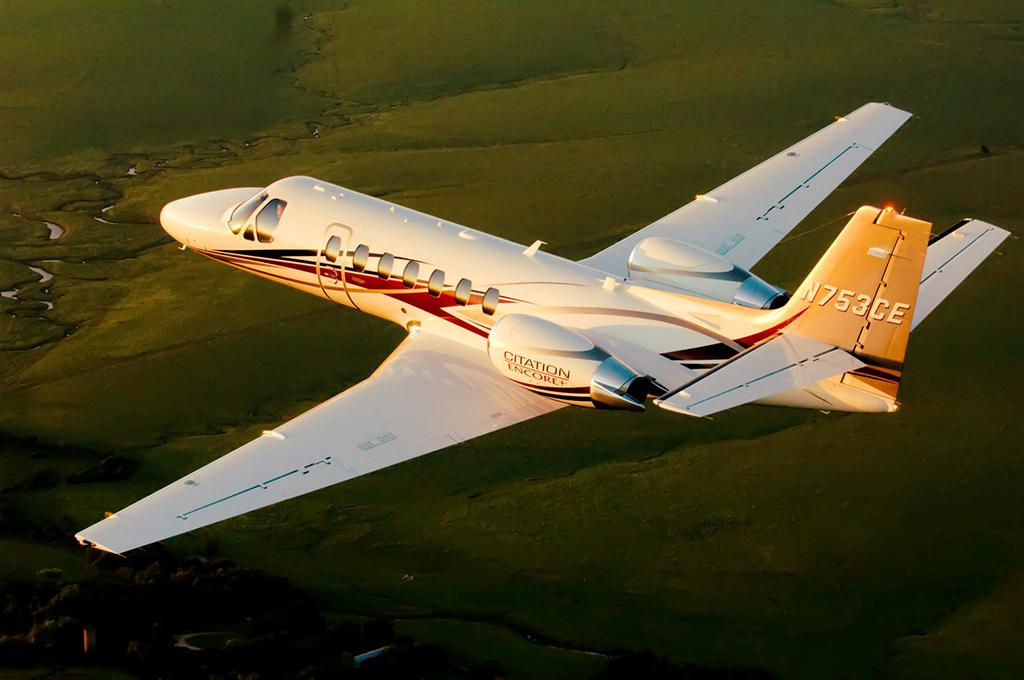 Originally, the Model 560 was a stretched, higher-performance version of the Citation S/II, certified in 1988 and marketed as the Citation V with cabin seating for up to eight and a six-passenger range of 1,920 nm. Uprating of the Pratt & Whitney Canada JT15D engines and a partial electronic flight instrument system brought a name change to Ultra in 1994. Deliveries of Encores began in 2000, with more powerful P&WC 535 engines, increased wingspan and other enhancements. The Encore+ followed in 2007 and when production ended in 2011, 772 of all variants had been built.

Beechcraft bought rights to the 1978 eight-passenger Mitsubishi Diamond in 1985, naming it the Beechjet 400/400A and then the Hawker 400XP (eXtra Payload) in 2003. The last of 954—including 93 Diamonds and 180 U.S. Air Force T-1 Jayhawks—was delivered from the Wichita production line in 2011. Later the same year, Nextant Aerospace began deliveries of a considerably upgraded conversion of early aircraft with Williams FJ44 engines, winglets, a new interior and various avionics options. Range with four passengers is 2,000 nm, and the typical price is $4.7 million for a 400XTi with four-screen Collins Pro Line 21 avionics.

Data from market intelligence specialist WingX breaks down 1.3 million bizav departures—type-by-type, region-by-region in the March-August  period—to show which aircraft were working hardest during the pandemic. Business-jet traffic totals fell 36% in both the U.S. and Europe from the 2019 period, while turboprop activity was down 34% in the U.S. and 23% in Europe.