France’s Dassault Aviation unveiled the Falcon 8X trijet as a larger, longer-range derivative of its 7X sibling at the 2014 European Business Aviation Conference and Exhibition in Geneva.

Designed and built in parallel with the ill-fated 5X—which Dassault cancelled in 2017 over development problems with its Safran engine—the 8X rolled out of Dassault’s Bordeaux-Merignac facility in December 2014, notched its first flight on Feb. 6, 2015 and entered service with charter operator Amjet Executive of Greece in October 2016.

Dassault delivered 69 Falcon 8Xs from 2016-20, with more than half of the jets (36) destined for western Europe, according to the Aviation Week Intelligence Network Fleet Discovery database.

There were four Falcon 8Xs available for sale worldwide as of 2021, with asking prices ranging from $38 million to $48 million, said Paul Kirby, executive vice president with QS Partners, of Columbus, Ohio, a NetJets subsidiary and International Aircraft Dealers Association accredited dealer. The average equipped price of a factory-new 8X is $59.3 million, according to the winter 2020 edition of the Aircraft Bluebook. 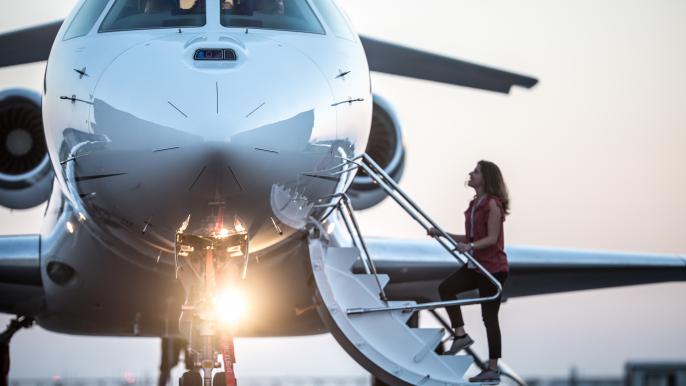 Dassault engineers achieved the range increase by stretching the 7X fuselage by 3.6 ft., enabling the 8X to take on 3,000 lb. more fuel for a total maximum fuel weight of 35,140 lb. The weight gain of the additional fuel was offset by an equal weight reduction in redesigned wing panels and ribs, yielding an empty weight of the 8X—41,000 lb.—nearly identical to that of the 7X. Reengineered winglets and a new leading-edge wing profile also improve the 8X’s lift-to-drag ratio, the manufacturer says.

As with the 7X, the 8X is capable of steep approaches to 6 degrees, allowing it to serve challenging airfields such as London City Airport, to which the 8X was approved to fly into in April 2017. 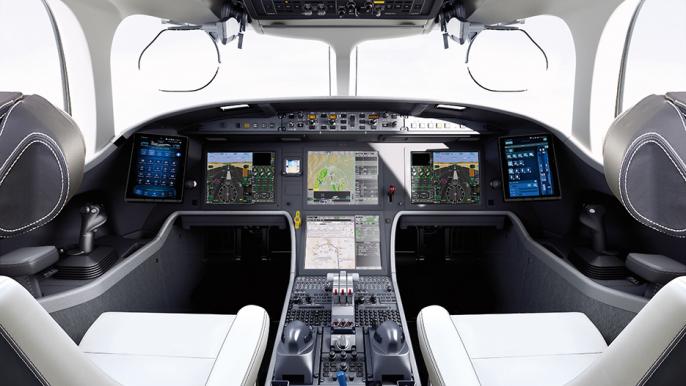 Since 2017, the 8X has been available with the FalconEye head-up display (HUD) as an option. FalconEye is a combined vision system (CVS), developed by Dassault and Elbit Systems, that features a synthetic vision system (SVS) sourced from a database with a thermal and low-light camera enhanced vision system (EVS). 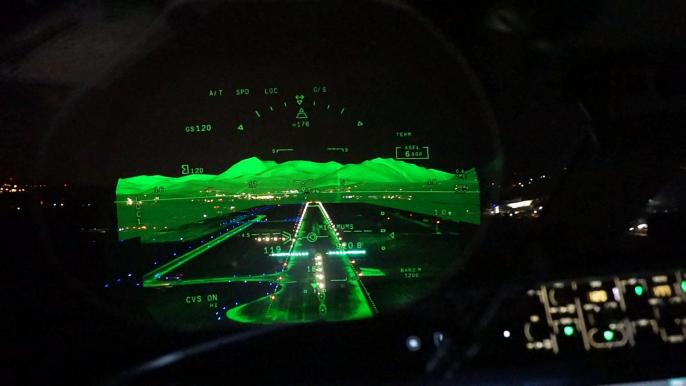 SVS imagery is presented on the top of the combiner and EVS on the bottom, divided by a horizontal split line that pilots can adjust up or down as they prefer, depending on visibility conditions. In SVS mode, the HUD displays a 40-degree horizontal by 30-degree vertical field of view with a 1280 x1024 resolution.

In October 2018, Dassault received joint EASA/FAA approval for pilots to use FalconEye on the 8X for operations to 100 ft. above touchdown zone elevation under the FAA’ s Part 91.176 (b) regulation for enhanced vision systems.

Operators value the 8X for its fuel efficiency, cabin comfort, very low cabin noise levels and increased range compared to the 7X. Favored options are the FalconEye CVS and a forward crew rest area that incorporates a 78-in. lie-flat berth and long-flight storage capacity.

“We have heard from two clients that the ‘8X is the perfect 7X,’” Kirby related. One client “routinely plans Mach 0.83-0.85 cruise speeds for all but the longest flights with maximum range of approximately 12.5 hr. with the usual reserve and weather qualifiers. He also offered that his airplane always exceeds book performance.”

Dassault offers three galley sizes for the 8X, two that include a crew-rest option; a lavatory with shower option; and passenger seating of varying lengths. Completions and deliveries are conducted at the Dassault Falcon Jet Completions Center, located at Clinton National Airport (LIT) in Little Rock, Arkansas.