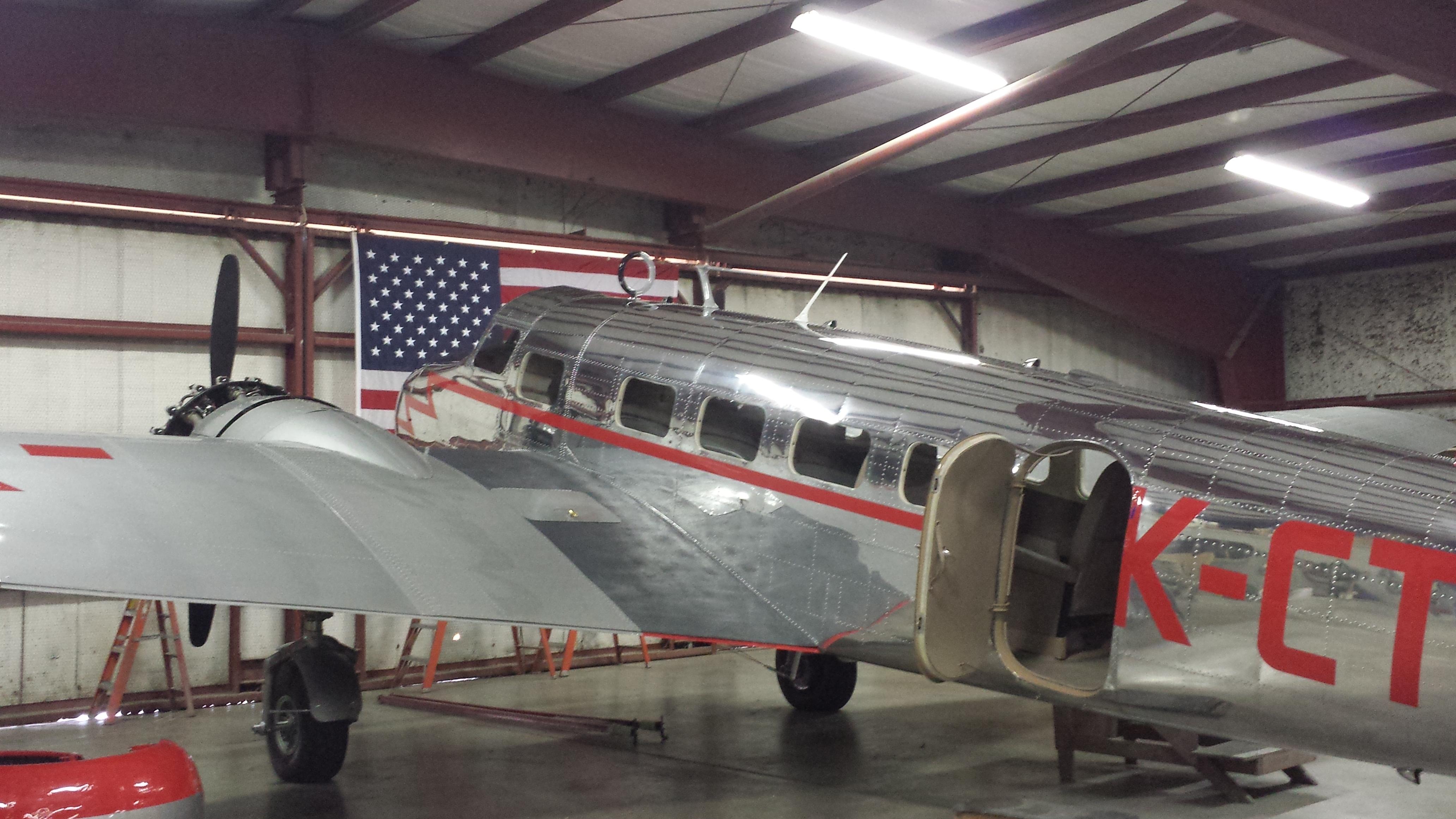 A 1937 Lockheed 10A “Electra” undergoes restoration by Wichita Air Services in Newton. The aircraft flew on March 12 for the first time since restoration began. 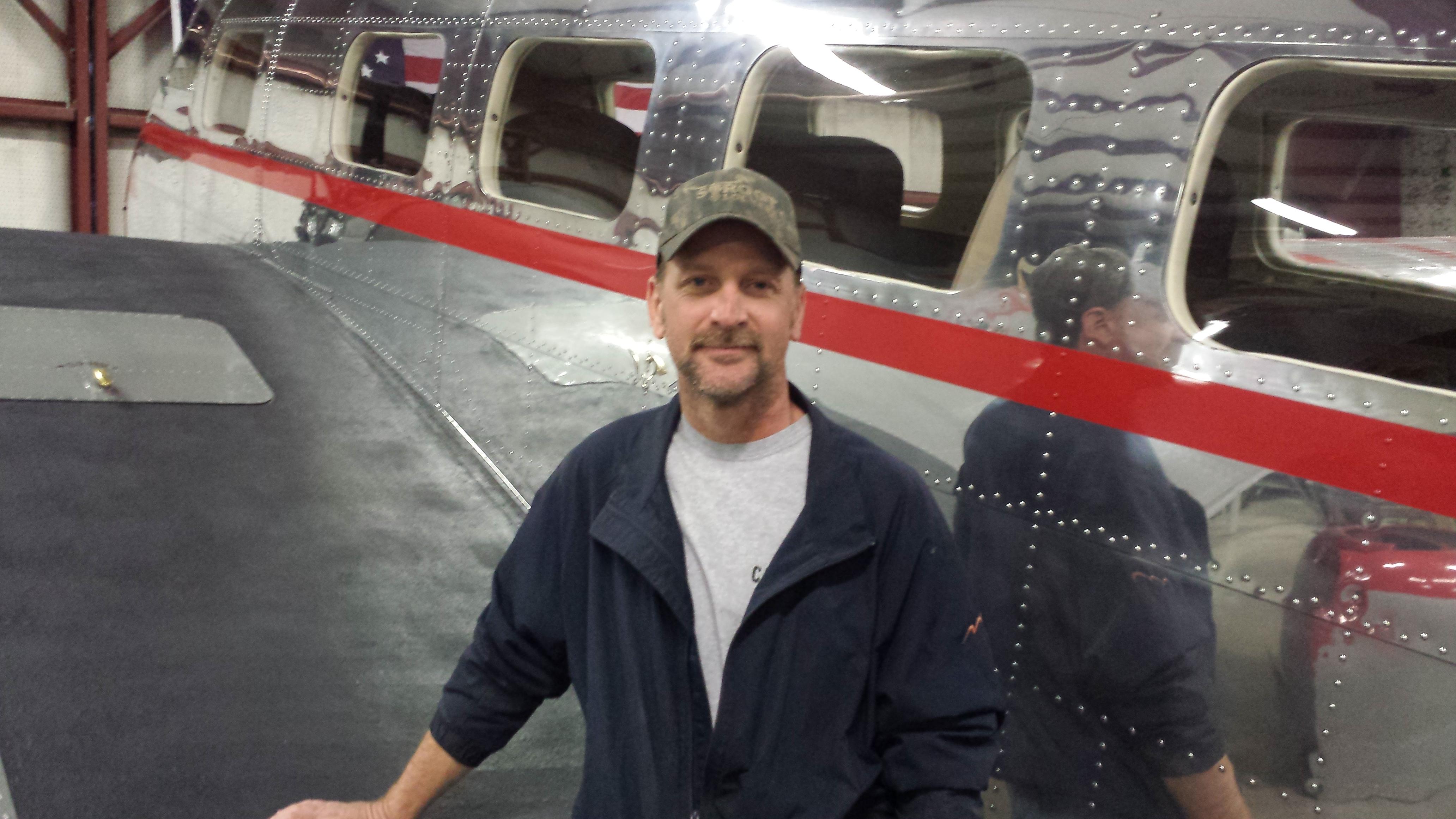 Leeb Von Fange, Wichita Air Services shop manager, with the Lockheed Electra. The aircraft is a sister to the ill-fated Lockheed Model 10 Electra flown by Amelia Earhart in 1937. 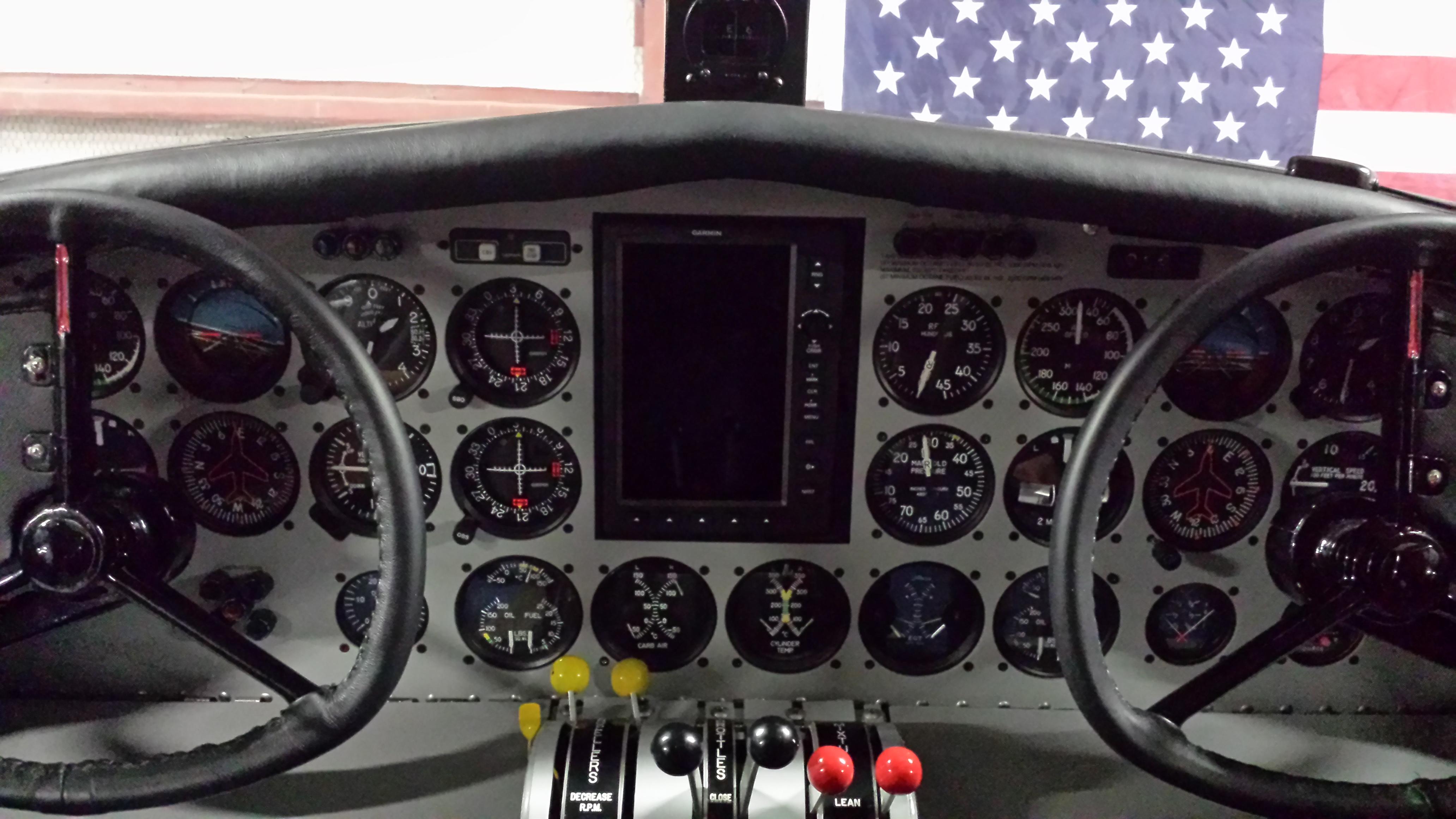 The restored 1937 Lockheed Electra is equipped with an all-new interior and modern avionics. 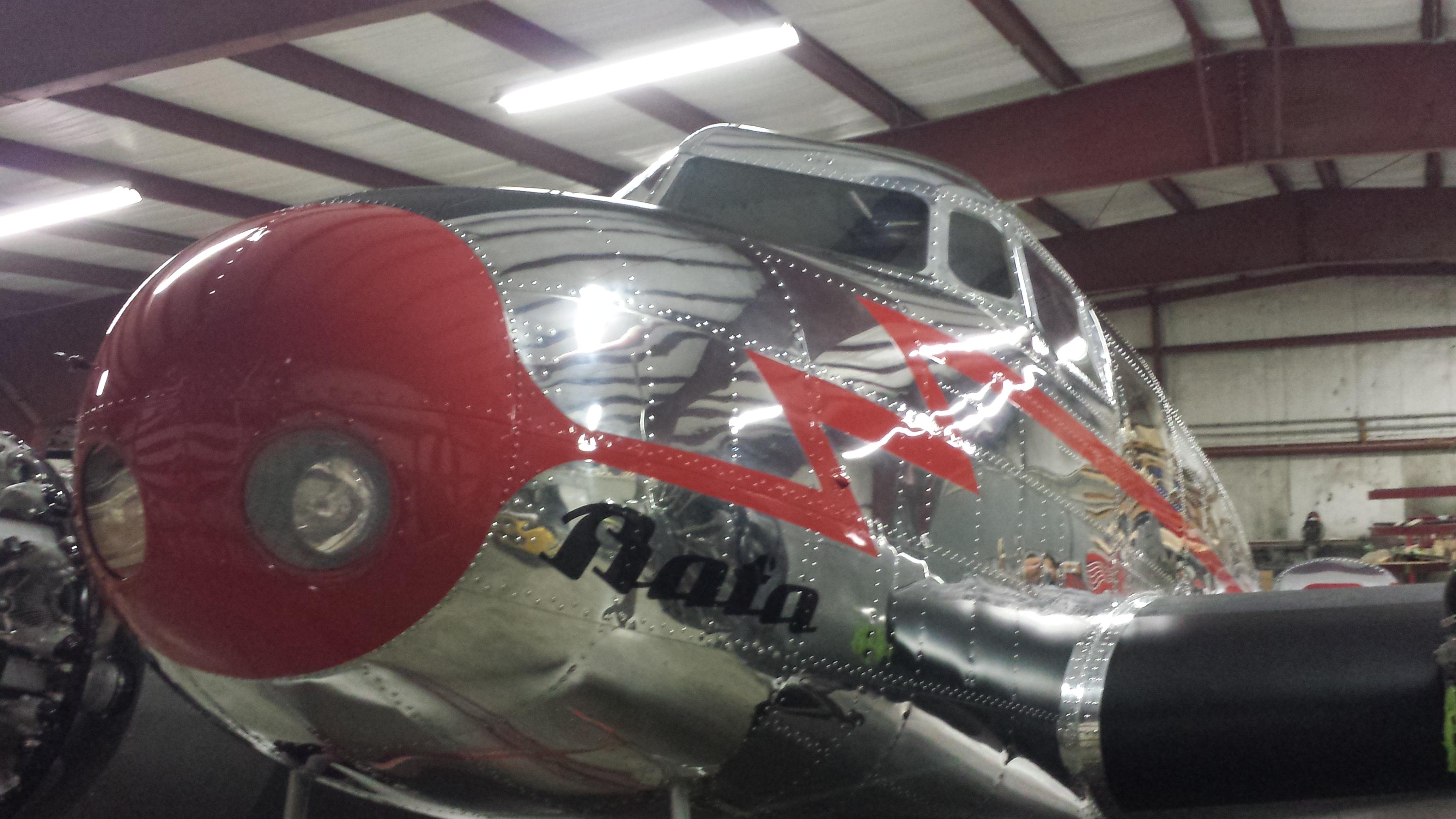 The Electra was originally owned by the Bata Shoe Co. in what is now the Czech Republic. In 1939, two days before the Nazis occupied Czechoslovakia, pilots flew the general manager to Poland to prevent his capture by the Germans.  The current owner plans to have the vintage aircraft flown back to Prague, where it will be put on display . 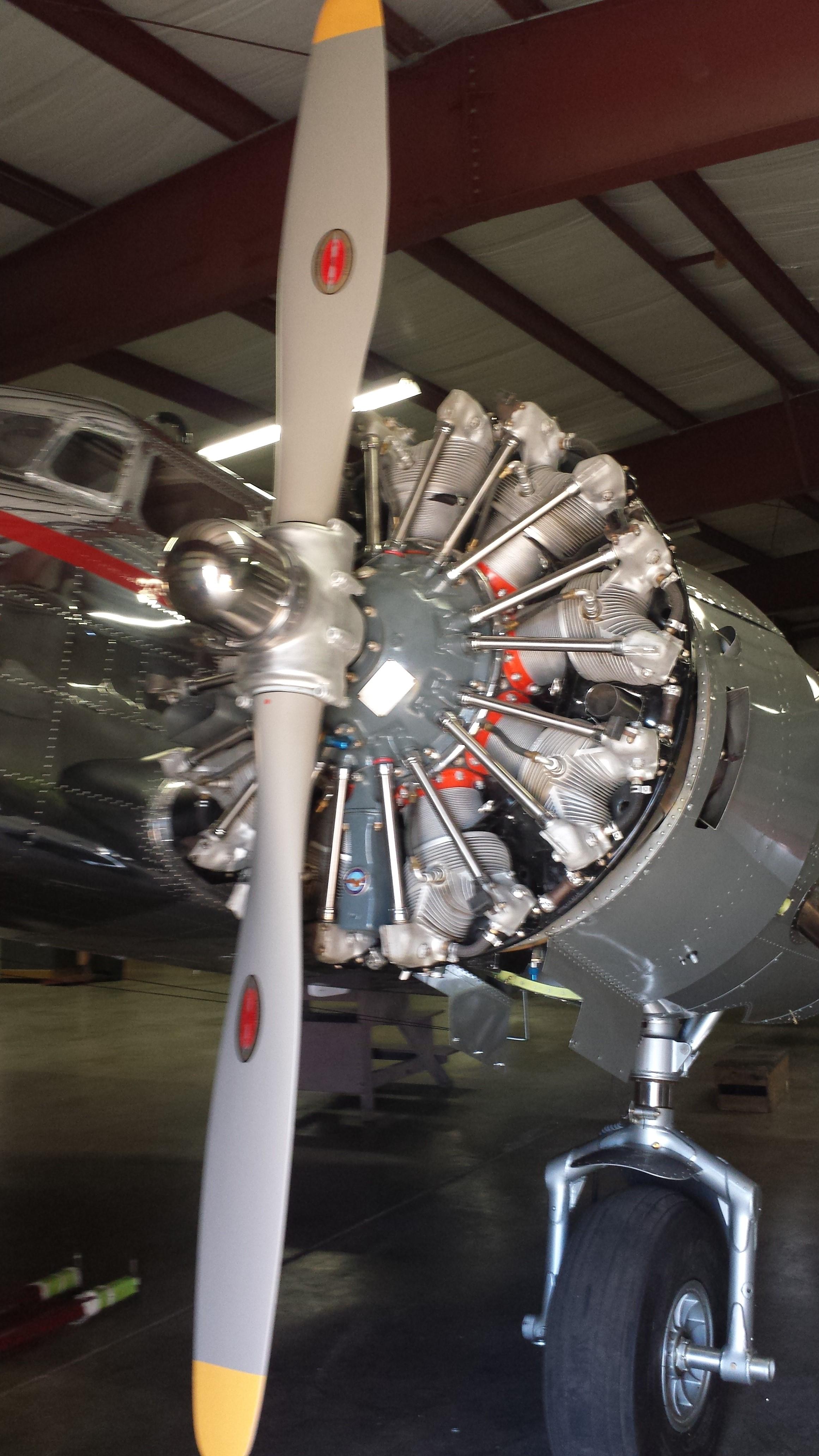 1937 Lockheed Model 10-A Electra, serial number 1,091, was built by the Lockheed Aircraft Co. in Burbank, California. Amelia Earhart disappeared in an Lockheed 10E, a similar aircraft with larger engines. 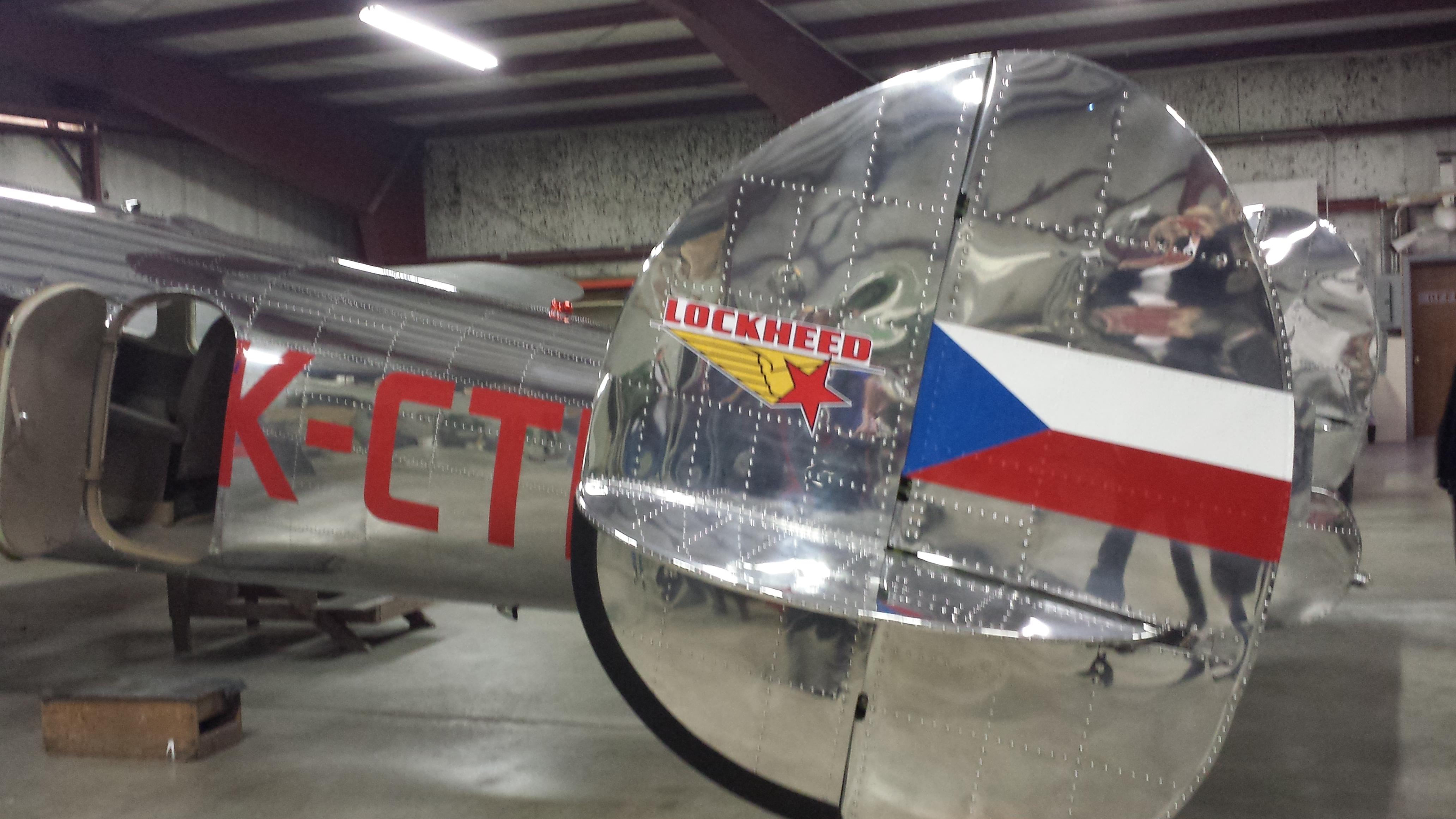 The Electra was Lockheed’s first all-metalfuselage and twin-engine.

A four-year restoration project of a 1937 Lockheed 10A “Electra” is nearly complete. The aircraft is a sister to the Lockheed Model 10 Electra flown by Amelia Earhart in 1937 when she disappeared over the central Pacific Ocean. It is being restored by Wichita Air Services, located at the Newton City-County Airport in Kansas.

The 10A arrived in Newton for restoration in December 2010 and flew on March 12, 2015, for the first time since the work began. The historic aircraft had a good flight, says Leeb Von Fange, Wichita Air Services shop manager, although it was a bit wing-heavy on the left. To compensate, the company added a trim tab to the wing. The aircraft’s aluminum skin, flaps and all control surfaces, such as the rudders, flaps and ailerons, have been replaced.

The 10A is expected to take off for the Czech Republic in May, where it will be based, despite being U.S.-registered. Since it is not equipped with deicing equipment, it will have to go when the weather is good, Von Fange says.

All photos by Molly McMilllin