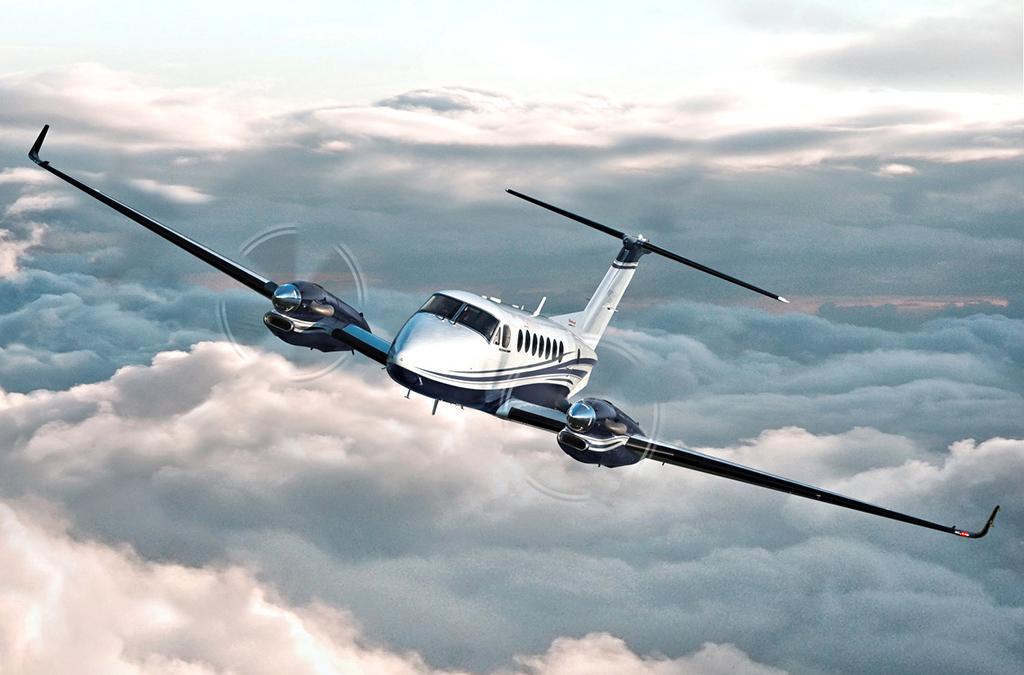 First there was the King Air 300; then the 350 with a fuselage stretch and winglets; and, since August, with deliveries imminent, the 360. The $7.9 million, improved, 11-passenger twin turboprop has new, full-regime, ThrustSense autothrottles from IS&S; upgrades to its Collins Aerospace Pro Line Fusion avionics, together with other enhancements to the cockpit, plus a redesigned, more open cabin with automated pressurization controls. There also is a 360ER extended-range, special-missions version with optional seating for up to 15, 50% more range and another ton of payload. The 360 is priced at $8.795 million. 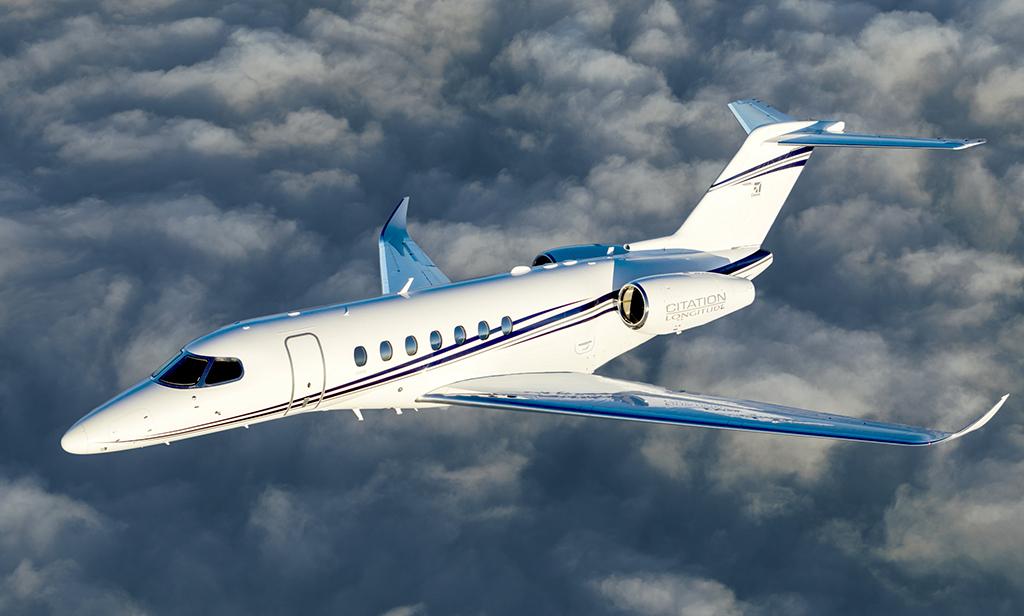 Atop the Citation pecking order, the Longitude has been FAA-certified for just a year. Seating up to 12 passengers, the $28.3 million twinjet (Honeywell HTF7700L engines) features 6-ft. headroom and a flat-floor cabin with a standard double-club seating configuration. It is pressurized to an equivalent altitude of 5,950 ft. Range is 3,500 nm when lightly loaded with four passengers—equivalent to a 1,600-lb. full-fuel payload. Maximum cruising speed is 483 kt. Crew benefits include fully integrated autothrottles with envelope protection and Garmin G5000 avionics. 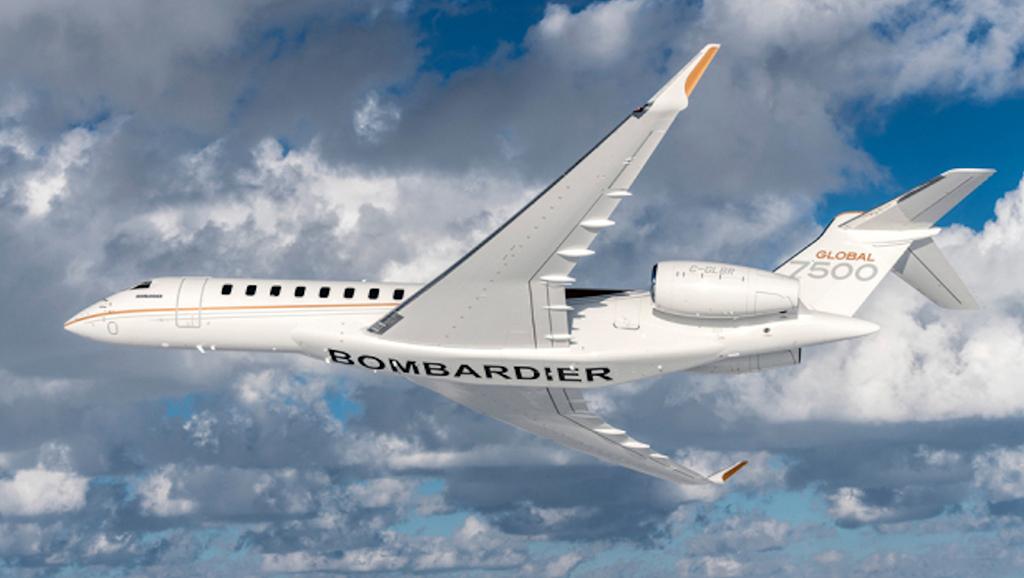 Just over two years ago, Bombardier reinvigorated the Global 5000 and 6000 with a pair of Rolls-Royce Pearl 15 turbofans to produce the 5500 and 6500. The former has the shorter fuselage, but greater (5,900-nm) range, while both have redesigned cabins including the innovative, patented Nuage seat. Global 7500, a 19-seater of 7,700-nm range, entered service in December 2018, powered by GE Passport 20 turbofans. The long-promised 7,900-nm Global 8000 is intended to transport up to 17 passengers in its three-zone cabin. 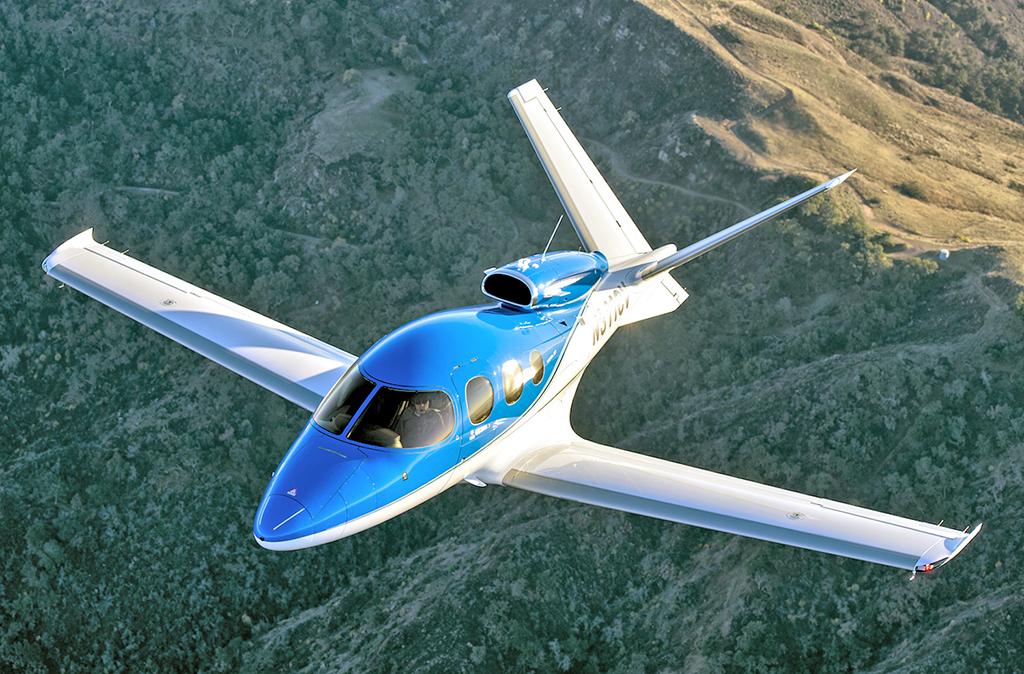 It was long in development, but this $2.85 million monojet is now on its second generation, and more than 200 have been delivered. In August, Cirrus announced a unique, doldrums-escaping sales deal to buy-and-fly without any of the cares of ownership. The VisionAir program lets new customers rely on Cirrus Aircraft to manage and maintain their airplane. It also offers on-demand professional pilots, concierge services, complete maintenance coverage, aircraft-management oversight and storage, options for insurance coverage and referrals for professional tax advice. 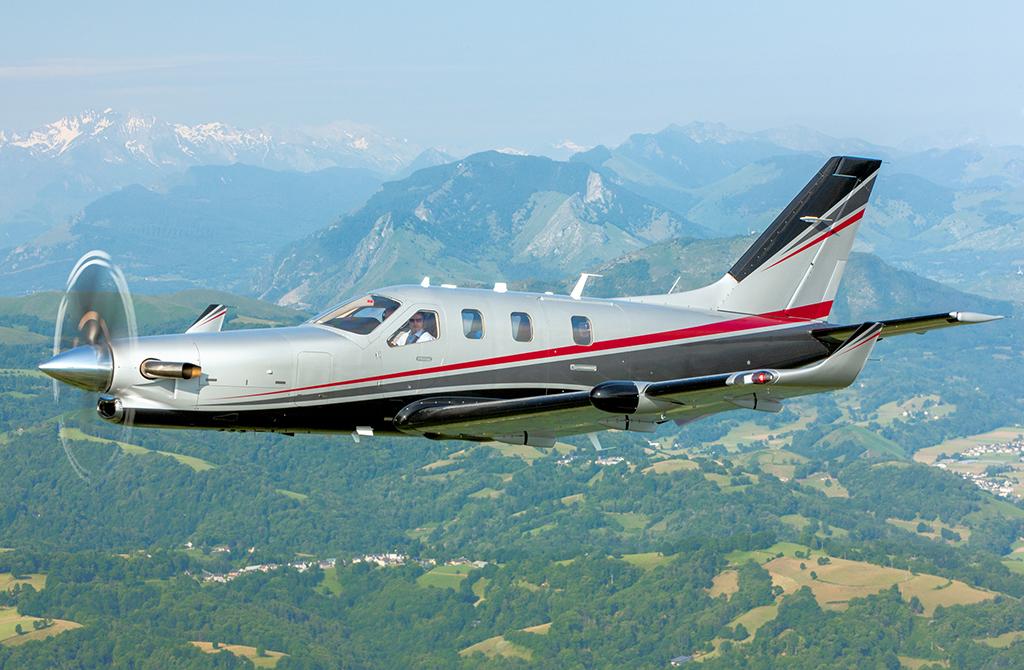 This eight-seat French turboprop is offered as the $4.2 million Model 910 with Garmin G1000 NXi avionics and $4.5 million Model 940 with a G3000 touchscreen cockpit. Annual enhancements for 2020 have seen the 940 gain a HomeSafe emergency autoland system, while both versions now benefit from the automated icing protection introduced last year as part of Daher’s TBM e-Copilot enhancements. Cruise speed is 330 kt. and range is 1,730 nm. The 1,000th TBM has been built; 75% have been for North American owners. 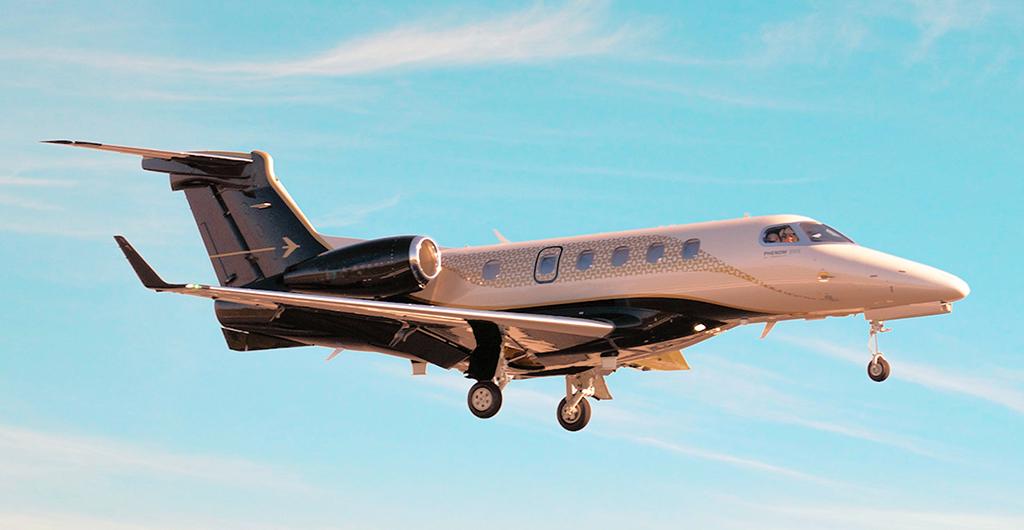 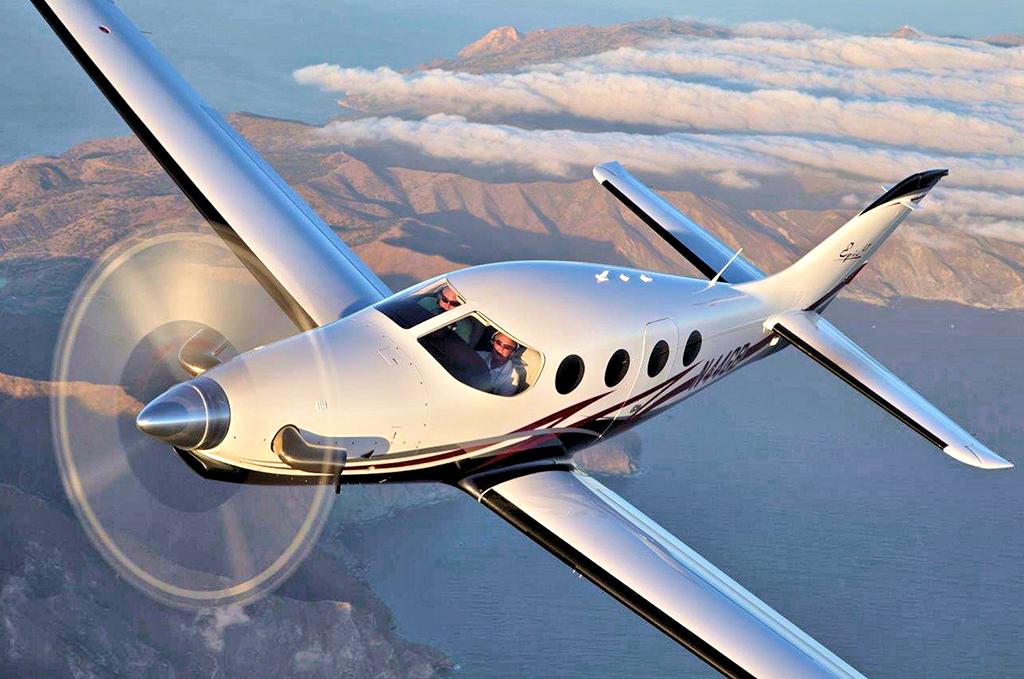 After assisting the last of 54 amateur builders with their experimental-category Model LT (PT6A-67) turboprop projects, Epic entered the major leagues last November when the FAA awarded a type certificate for the equivalent E1000, following that with a production certificate for the factory in Bend, Oregon, in July. For $3.25 million, customers get a carbon-fiber airframe, six seats, pressurization, a three-screen Garmin G1000NXi EFIS, autopilot, 1,650-nm economy-cruising range with 1,100-lb. payload and 325-kt. normal cruising. 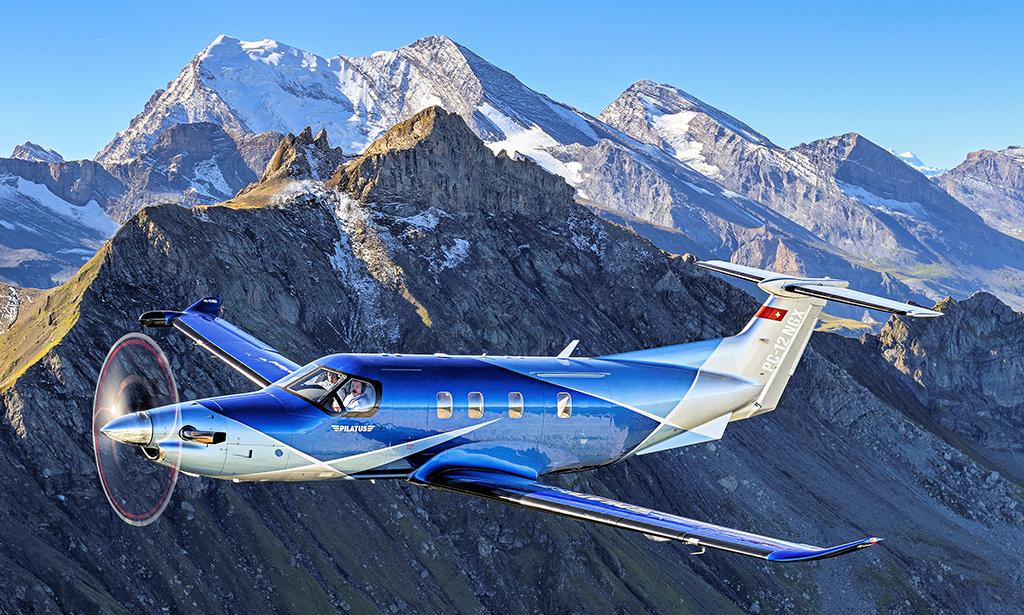 Announced and unveiled at the NBAA convention in Las Vegas last October, the NGX represents the second significant upgrade in 30 years for this Swiss utility turboprop. Its latest-generation Pratt & Whitney Canada PT6 engine is uprated and updated for a 290-kt. maximum cruising speed; range has been extended to 1,765 nm; stretched TBOs mean smaller maintenance bills; and selection of low prop-speed mode (1,700 to 1,550 rpm) is kinder on the eardrums. It is $4.4 million in basic form or $5.4 million with the executive interior. The freight door and 11-person interior remain unchanged. More than 1,700 PC-12s have been delivered since 1991. 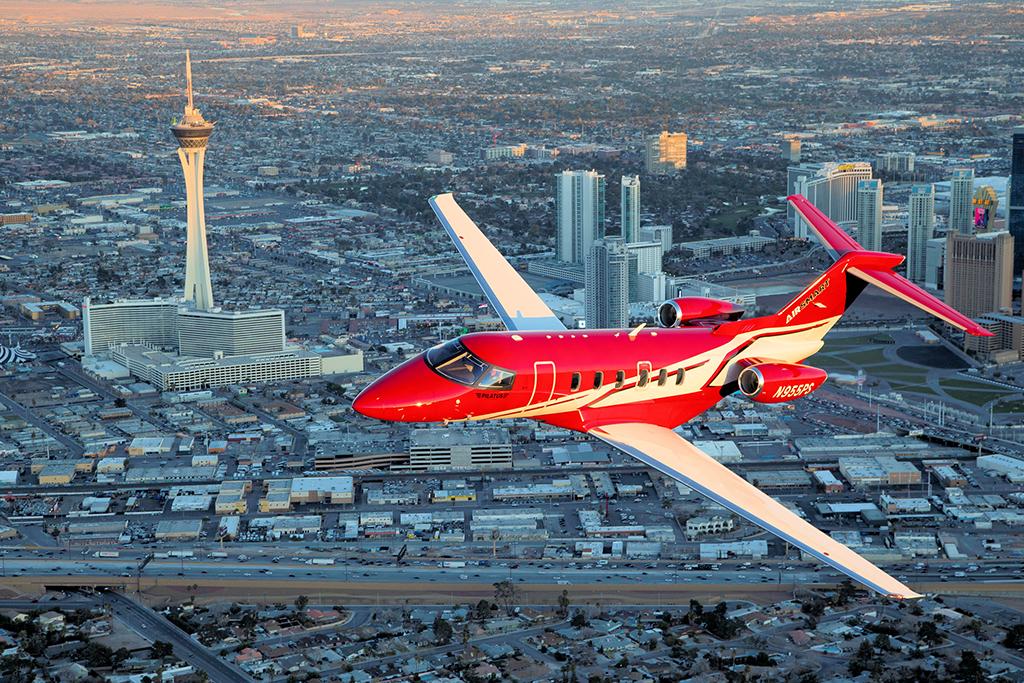 Hailed by Pilatus as the Super Versatile Jet, the PC-24 is cleared to operate from most surfaces except water, its twin Williams FJ44 engines allowing it to lift up to 12 people (including a single pilot) from runways of 2,930 ft. Capable of cruising at 440 kt. at 28,000 ft., the PC-24 will, at long-range speed, cover 1,800 nm with six passengers (1,200 lb.) or 2,000 nm with four (800 lb). Its $11.1 million price includes a freight door and Pilatus ACE avionics, developed with Honeywell, with a synthetic-vision system and autothrottle. More than 80 have been built since first flight in 2015.

Recovery in business aviation will be spurred by a raft of reinvigorated models just entering service or planned to do so in the not-too-distant future. All the major manufacturers have new products.