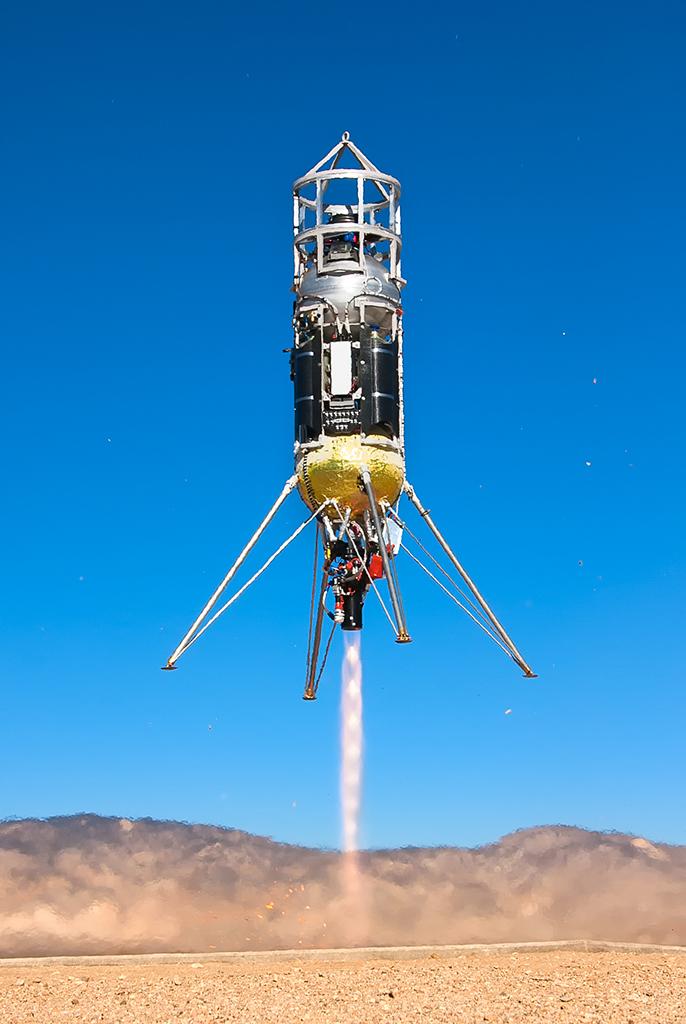 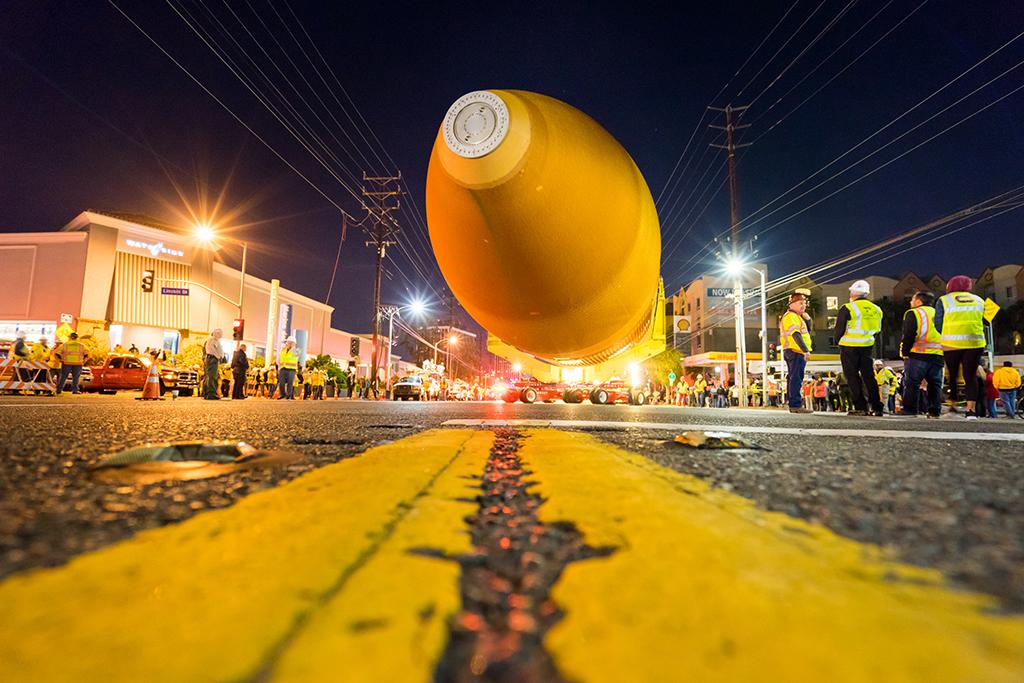 The External Tank 94 moves through Los Angeles on its way to new home at the California Science Center. 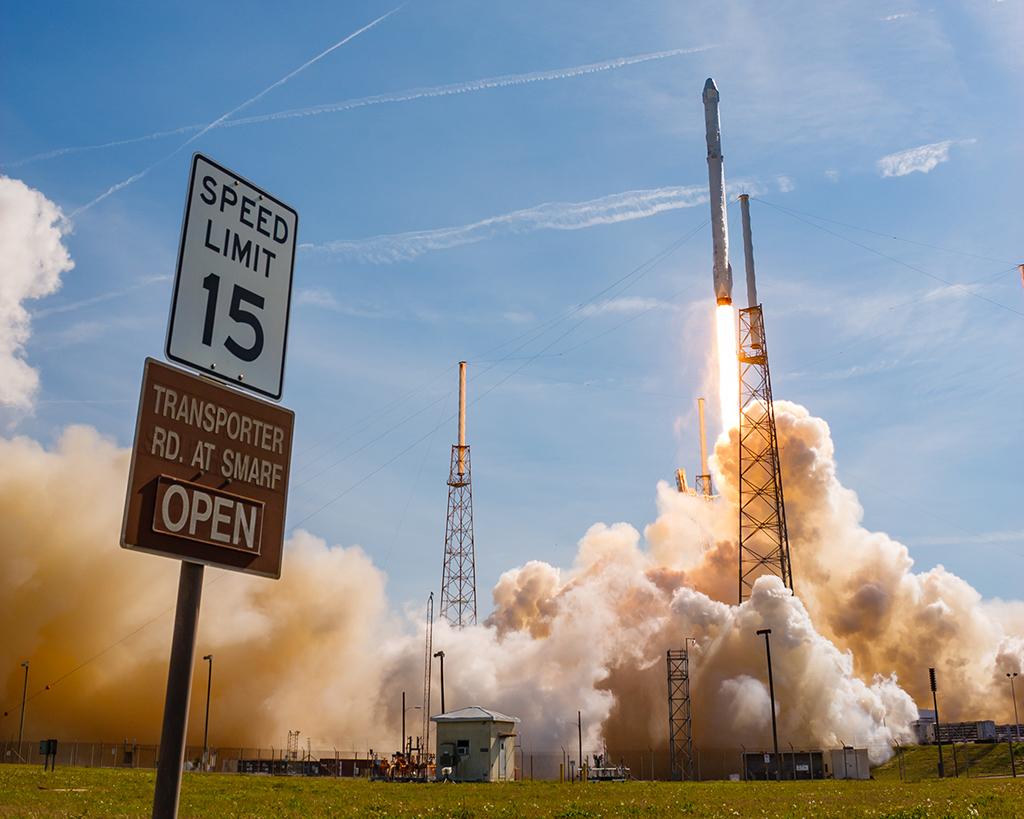 SpaceX’s Falcon 9 rocket topped by a Dragon spacecraft launches from Cape Canaveral on the eighth mission to resupply the International Space Station. The mission was conducted under NASA’s commercial cargo contract. 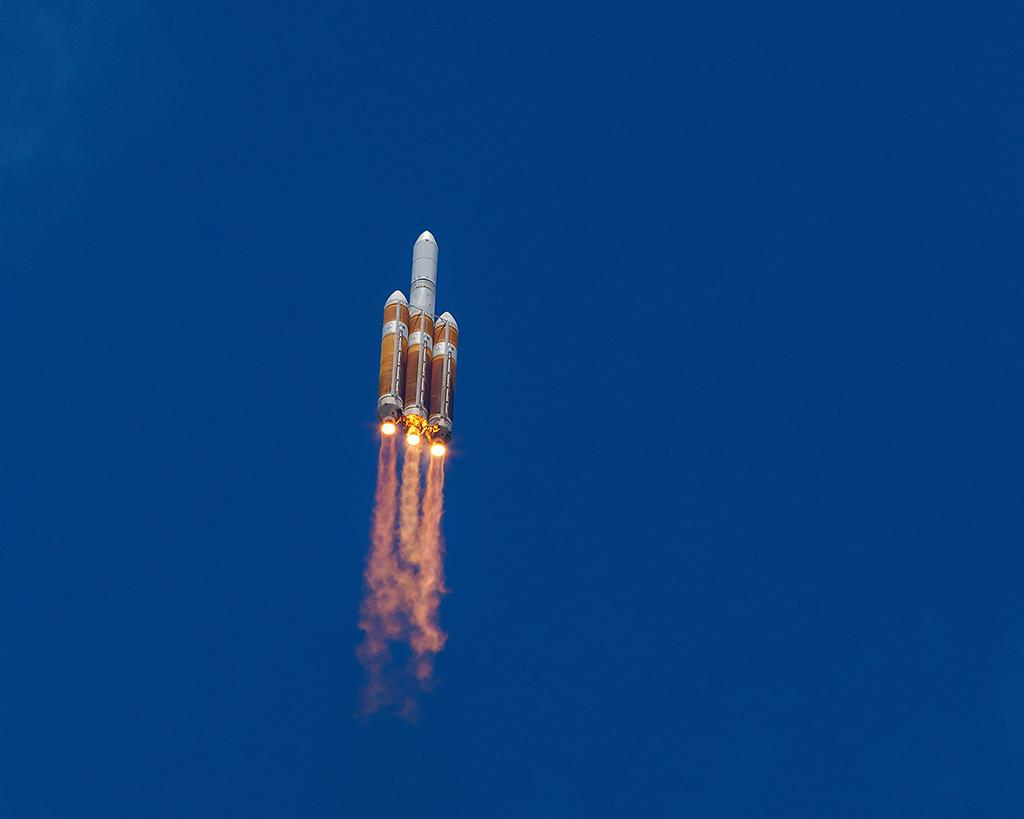 It Is Rocket Science

Flames lick the bottom of the RS-68A engines on the Delta IV Heavy rocket during its ascent at Cape Canaveral. Shortly after liftoff, the center engine throttles back to just 55% of its full power, conserving fuel for use after its side boosters are spent and jettisoned. A different exhaust plume from the center engine illustrates the reduced thrust. 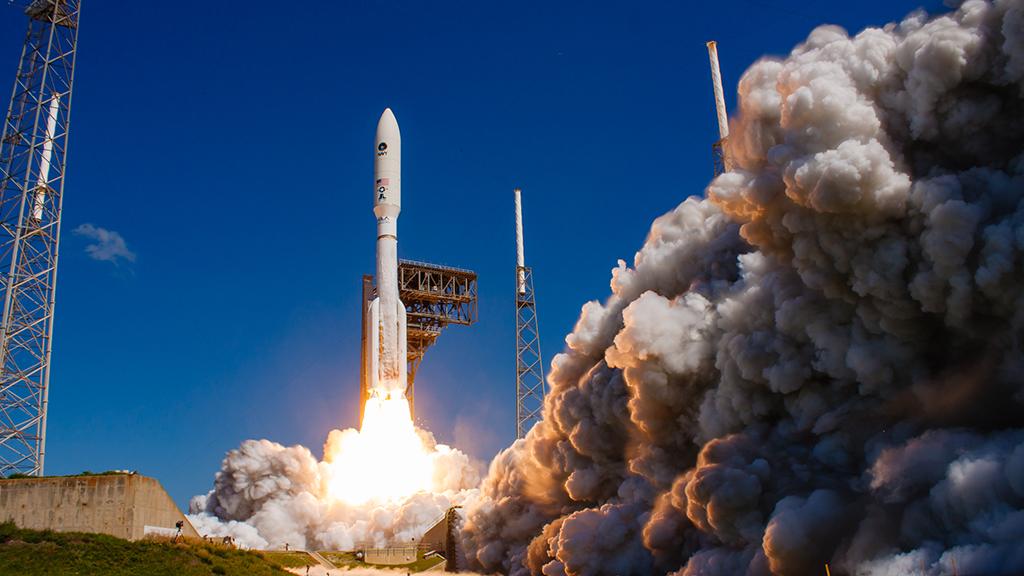 Cell Tower in the Sky 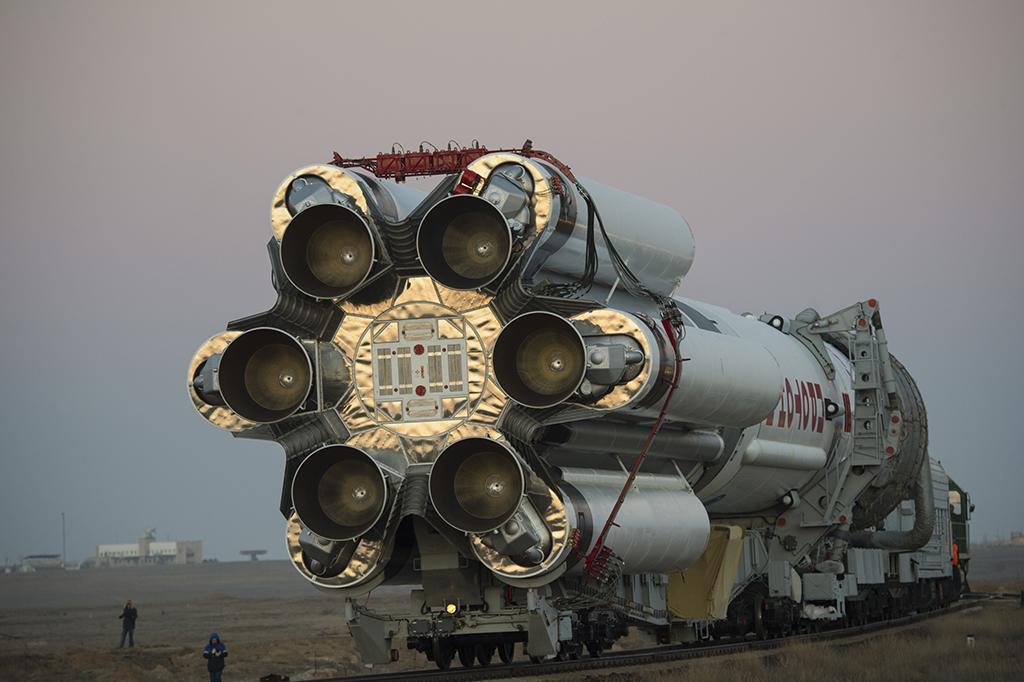 A Proton launcher carrying the European Space Agency’s ExoMars mission rolls out from the fueling station to Pad 200 on March 11 at Baikonur, Kazakhstan. 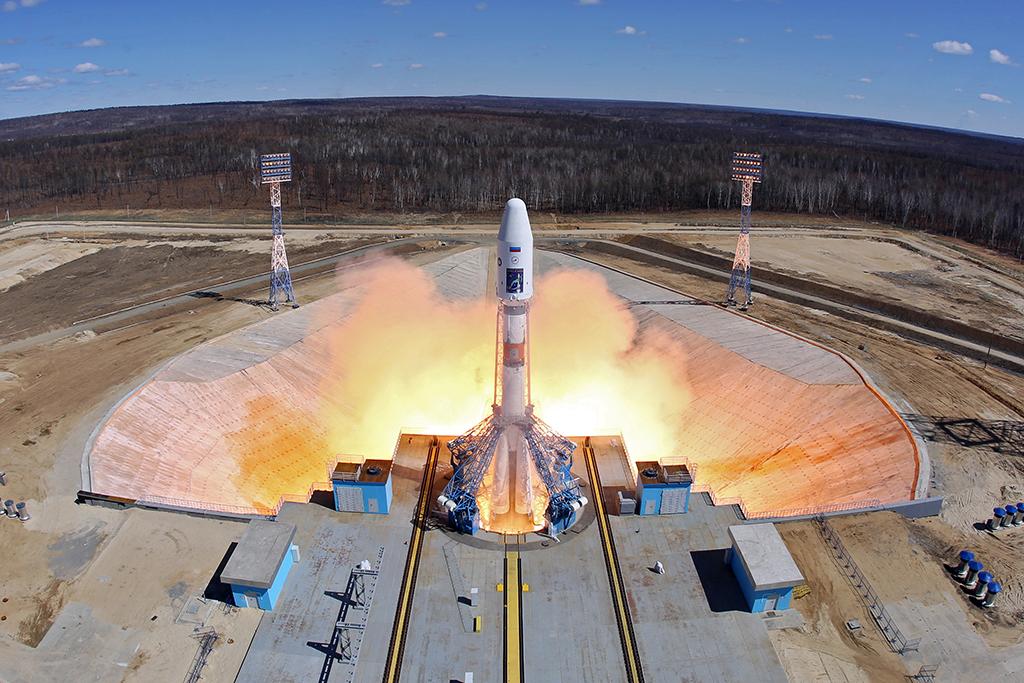 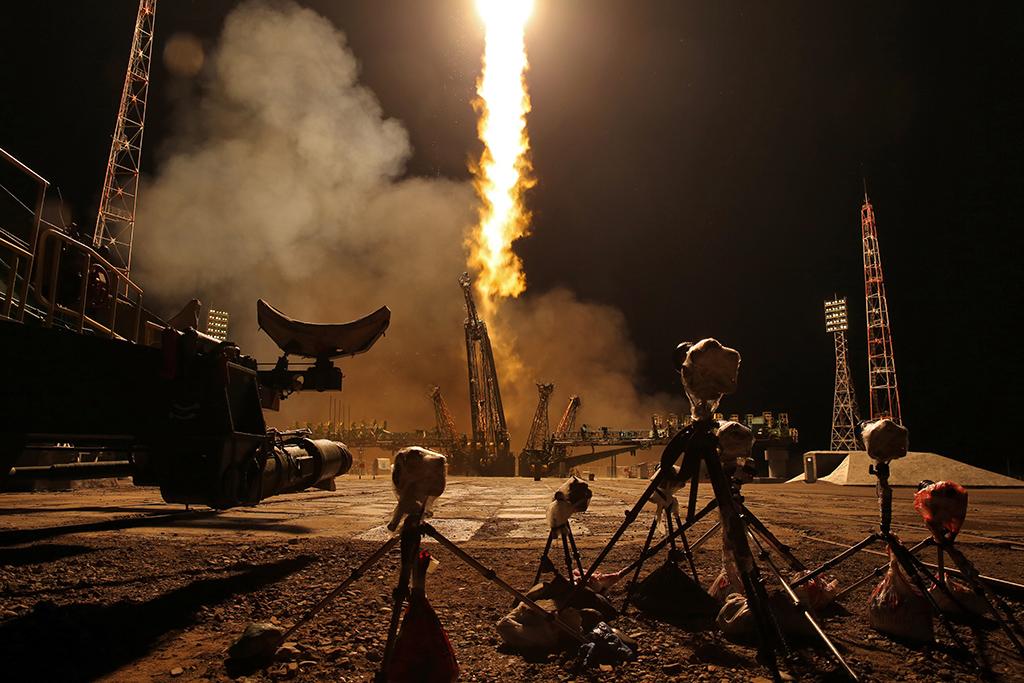 On March 19, 2016, A Soyuz FG rocket with the Soyuz TMA-20M spacecraft carrying the International Space Station Expedition 47/48 crewmembers—NASA astronaut Jeffrey Williams and Roscosmos cosmonauts Oleg Skripochka and Alexei Ovchinin—blasts off from the launch pad at the Baikonur Cosmodrome. 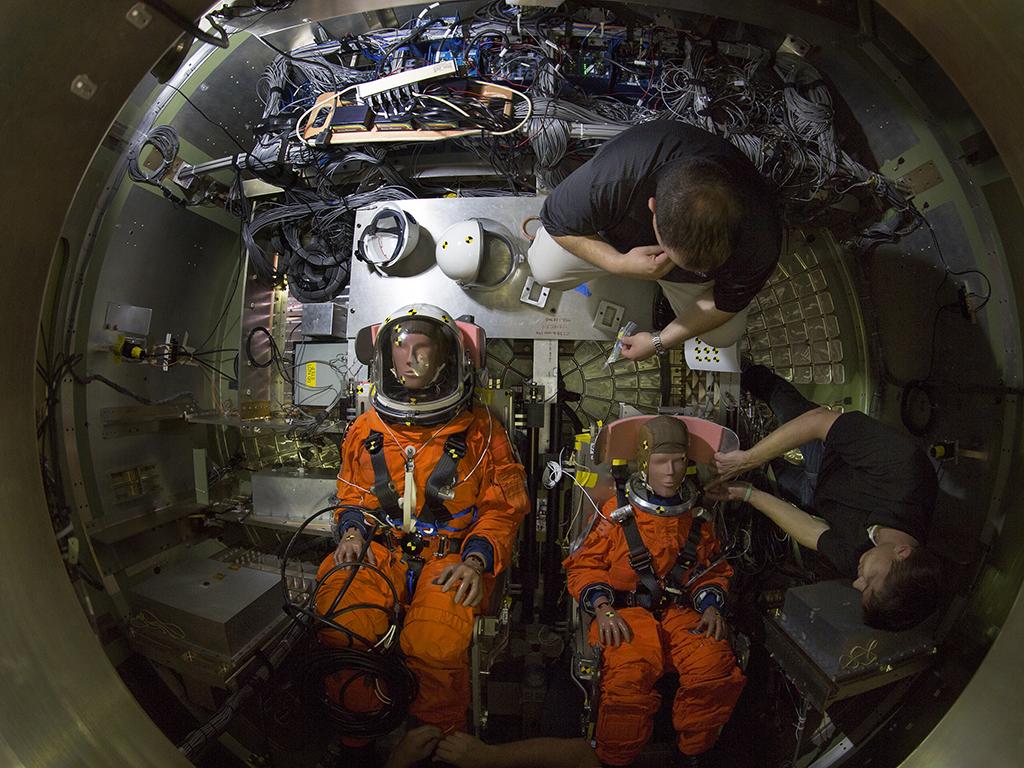 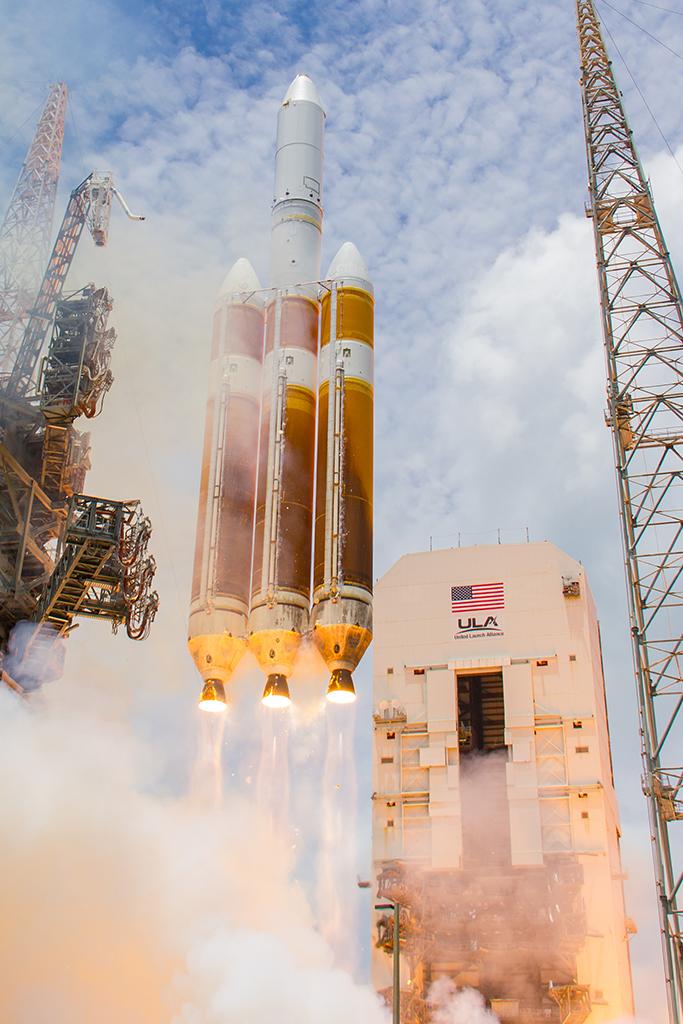