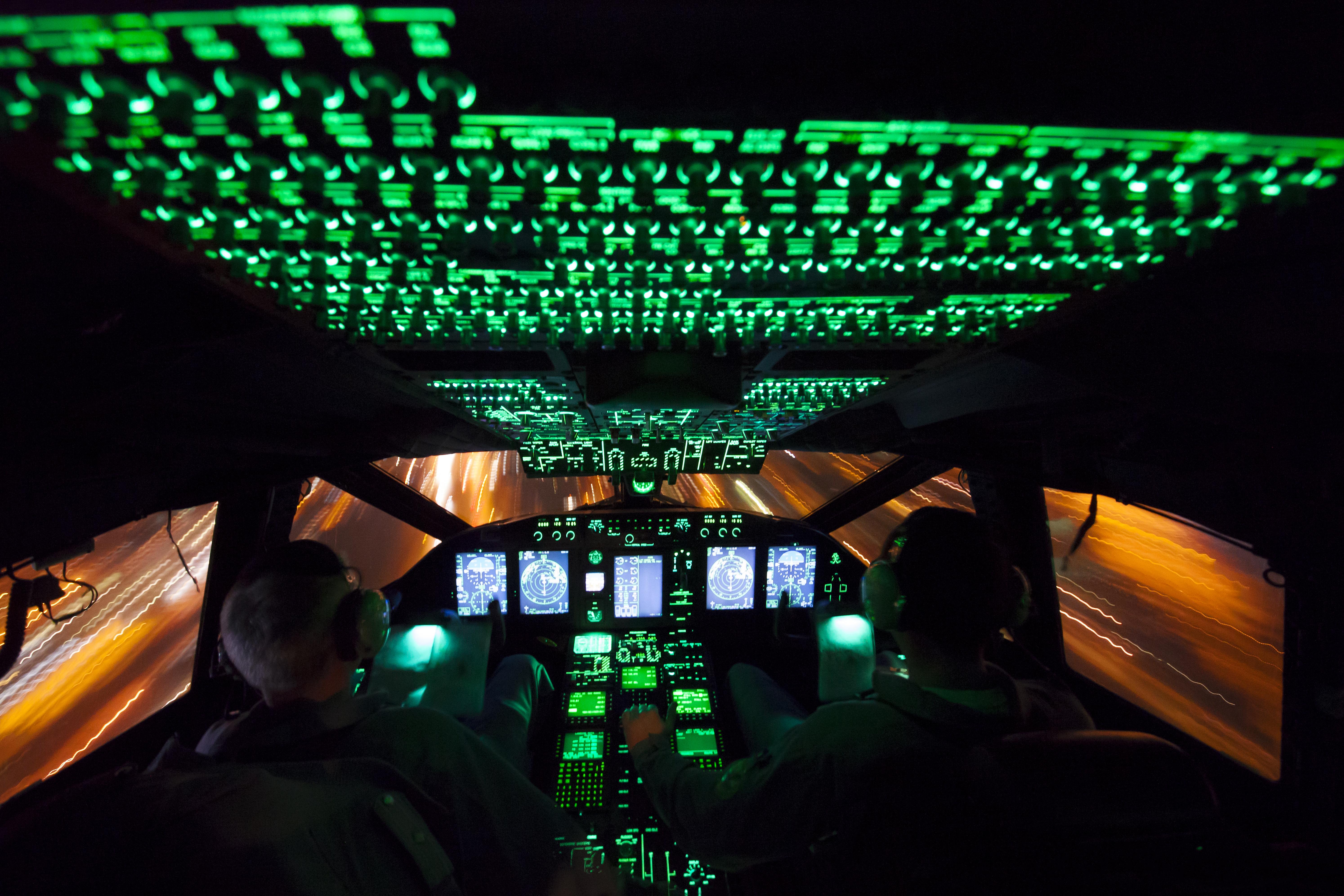 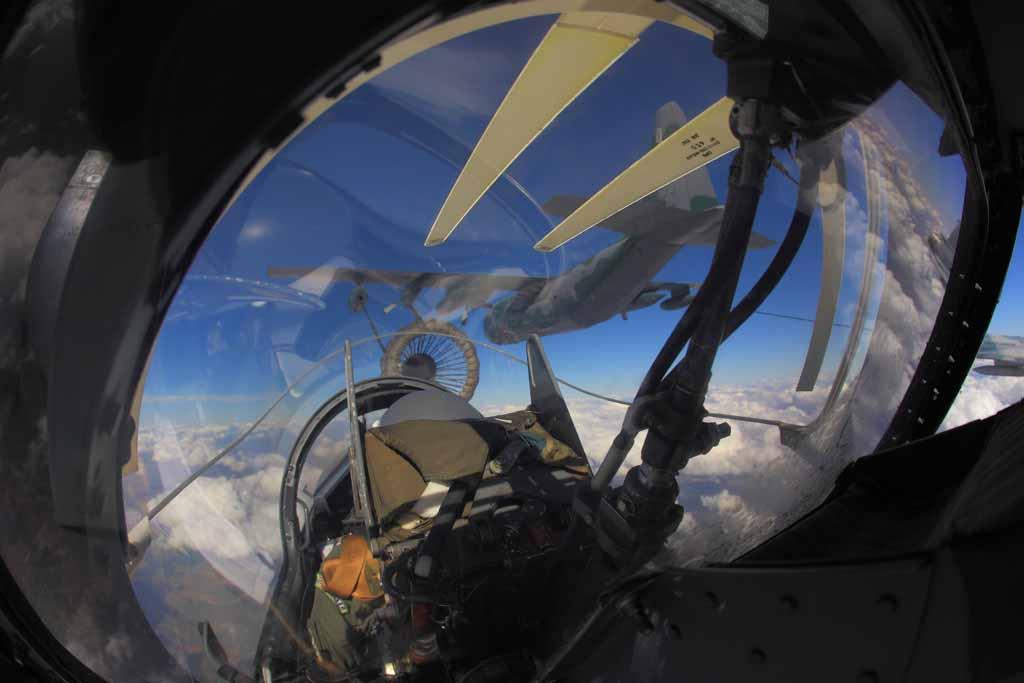 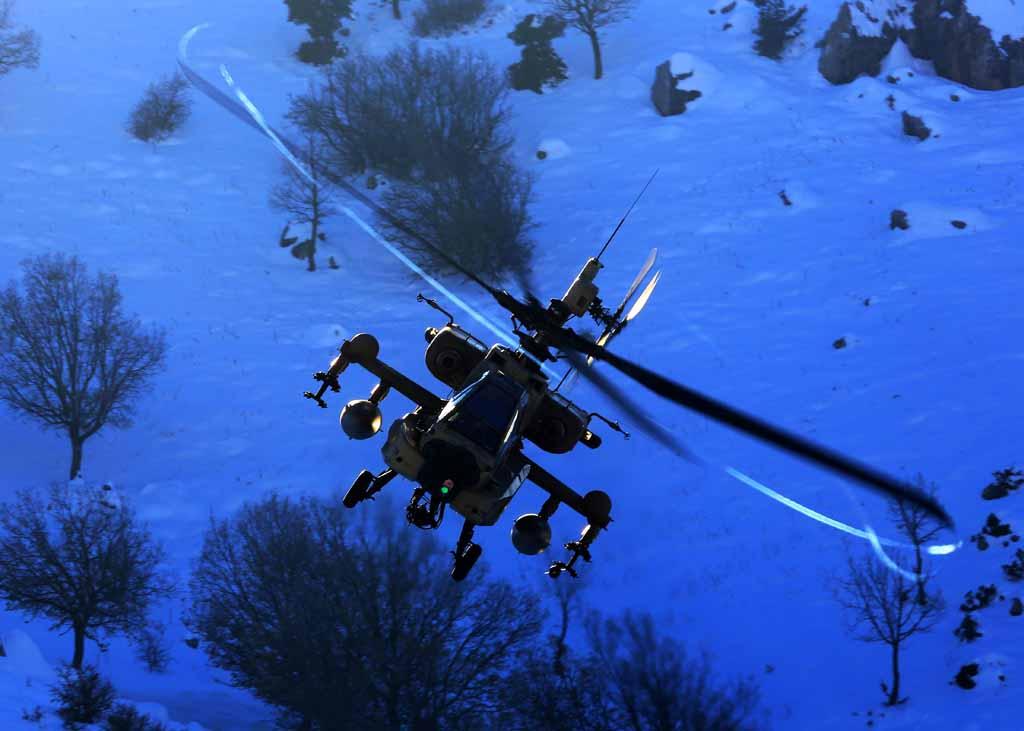 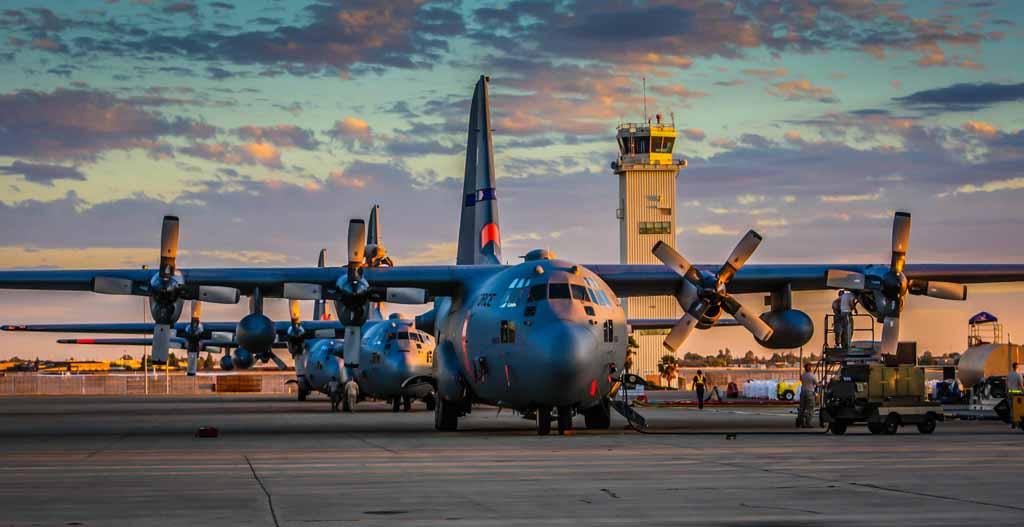 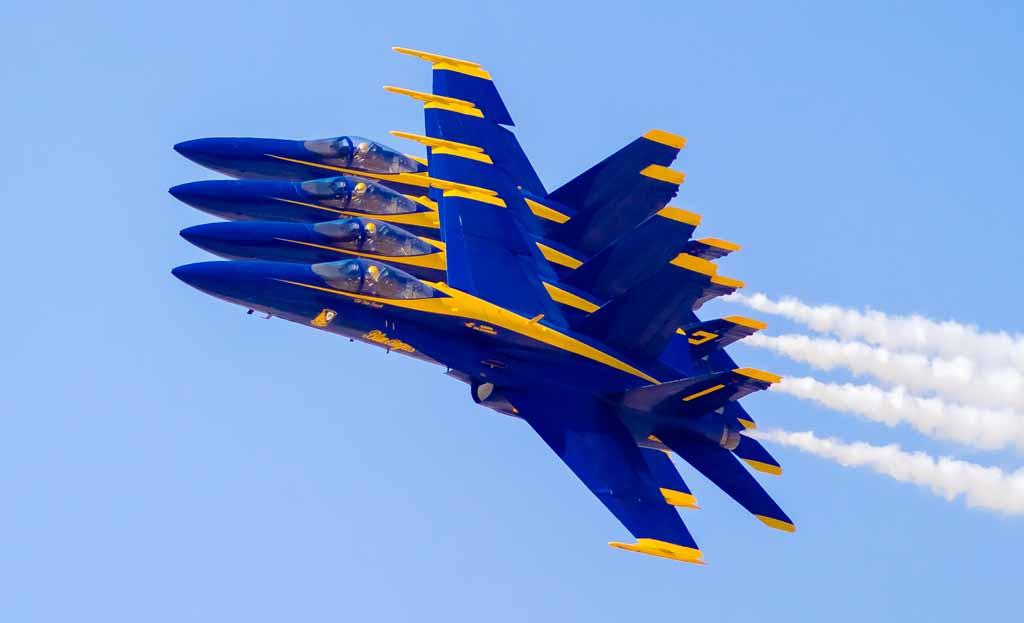 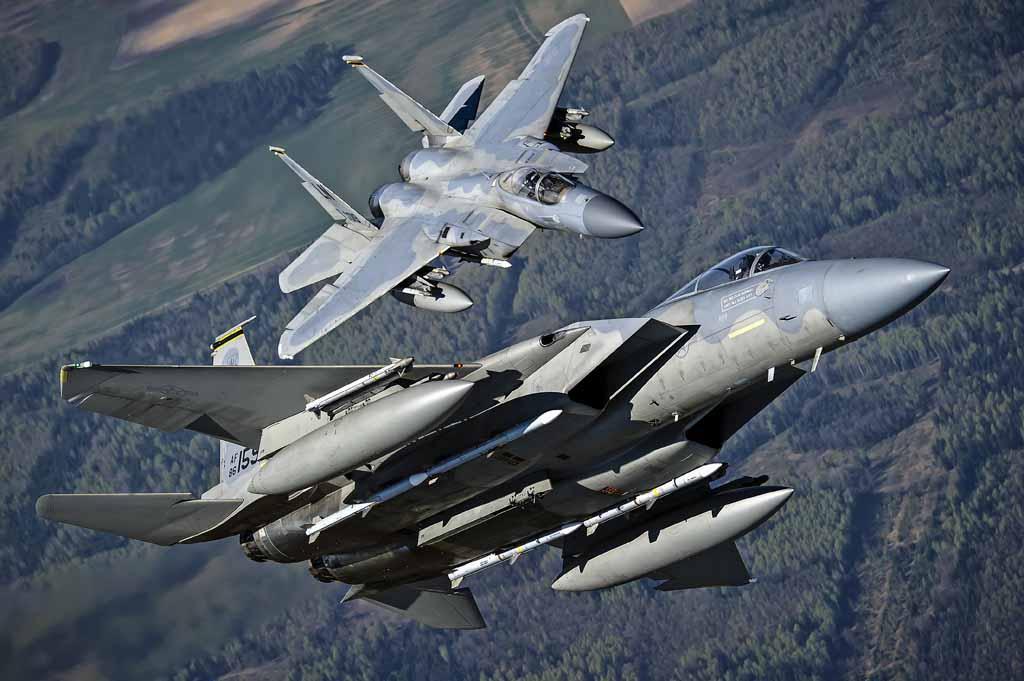 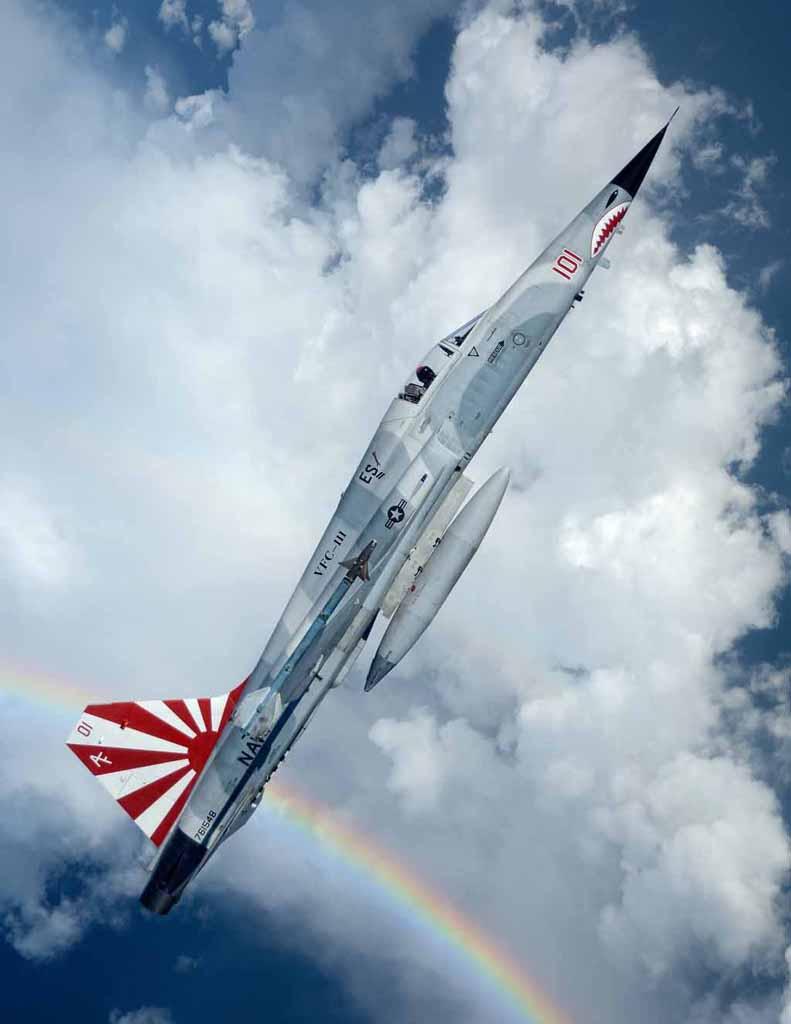 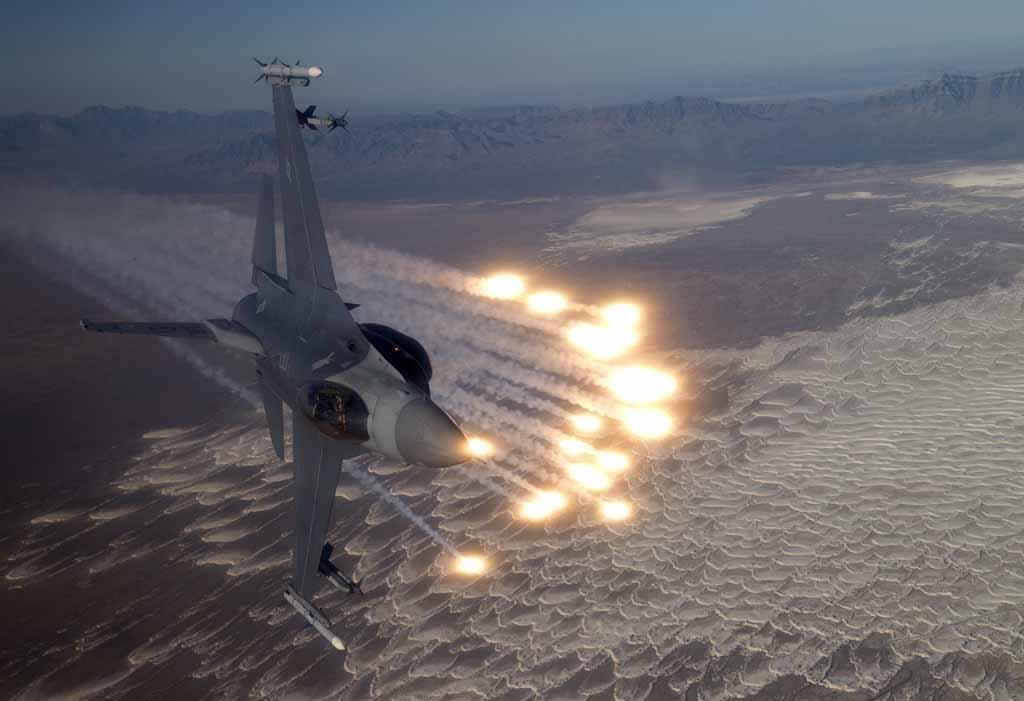 A 311th Fighter Squadron F-16 breaks right and releases flares during a training mission over New Mexico. By James Haseltine. 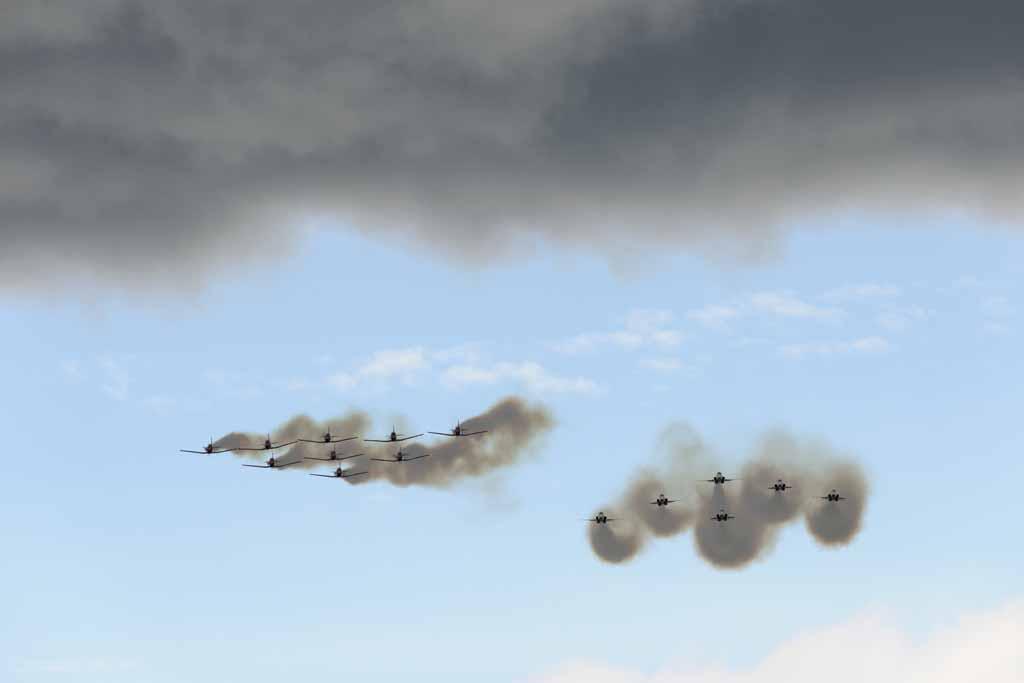 The PC-7s of the PC-7 team and the F-5 Tigers of the Patrouille Suisse at the start of their common flight demonstration during Payerne Air 14 airshow. By Marcel Mivelaz. 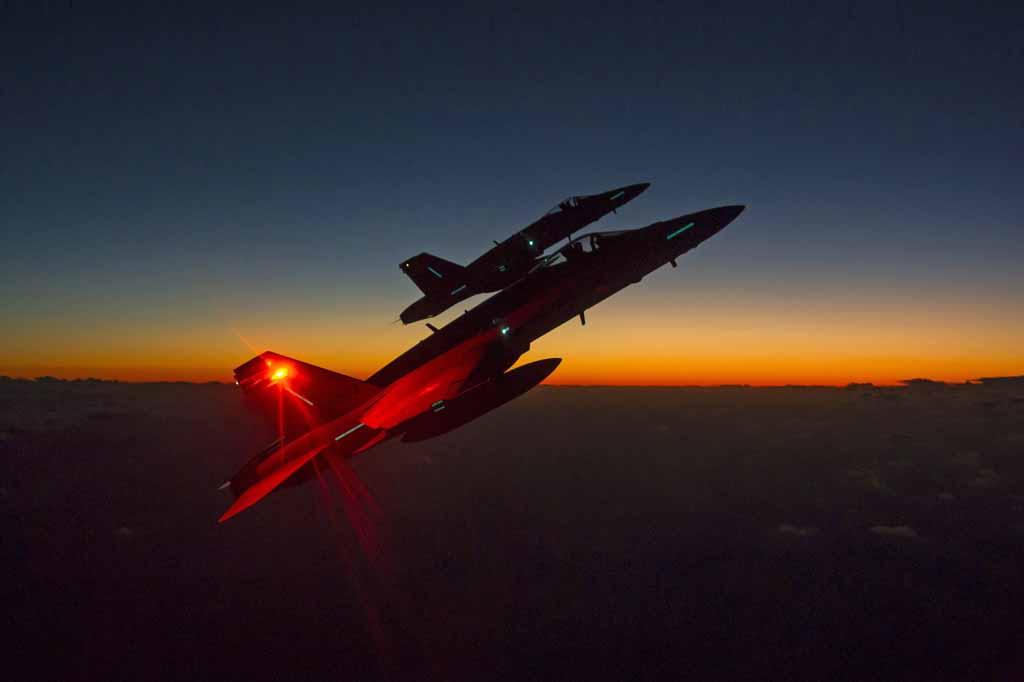 A Swiss air force F/A-18C Hornet formation climbing for an interception in front of a dramatic winter evening sky. By Aldo Wicki. 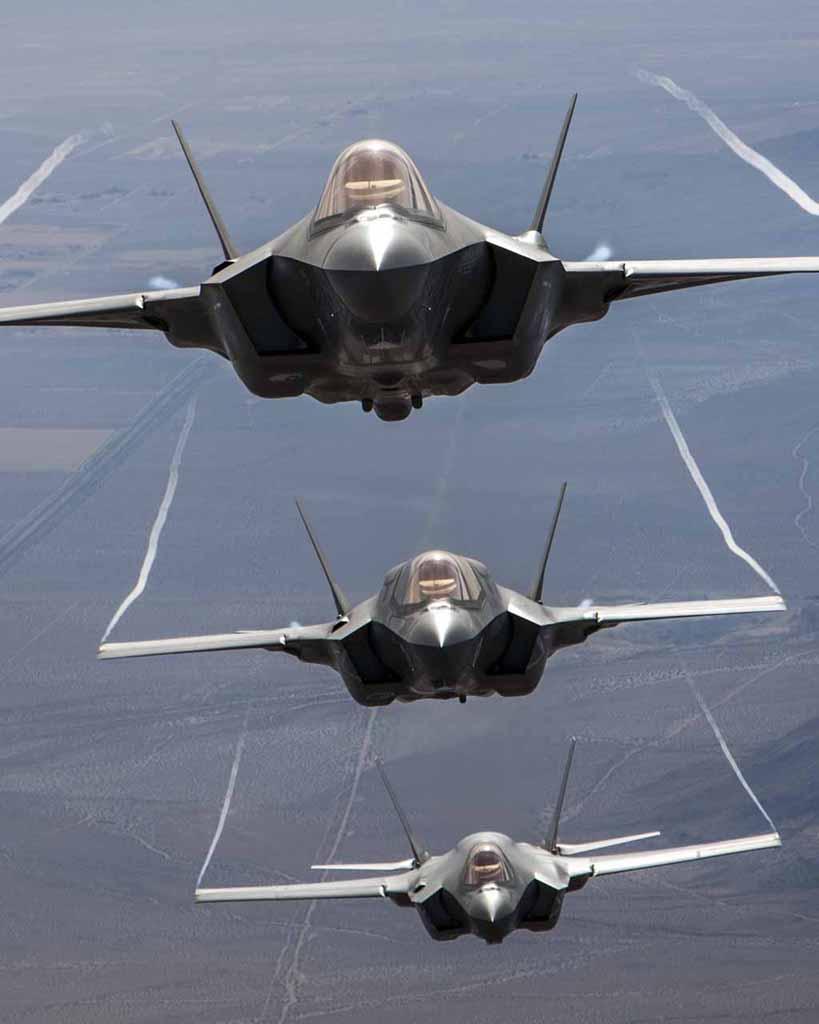 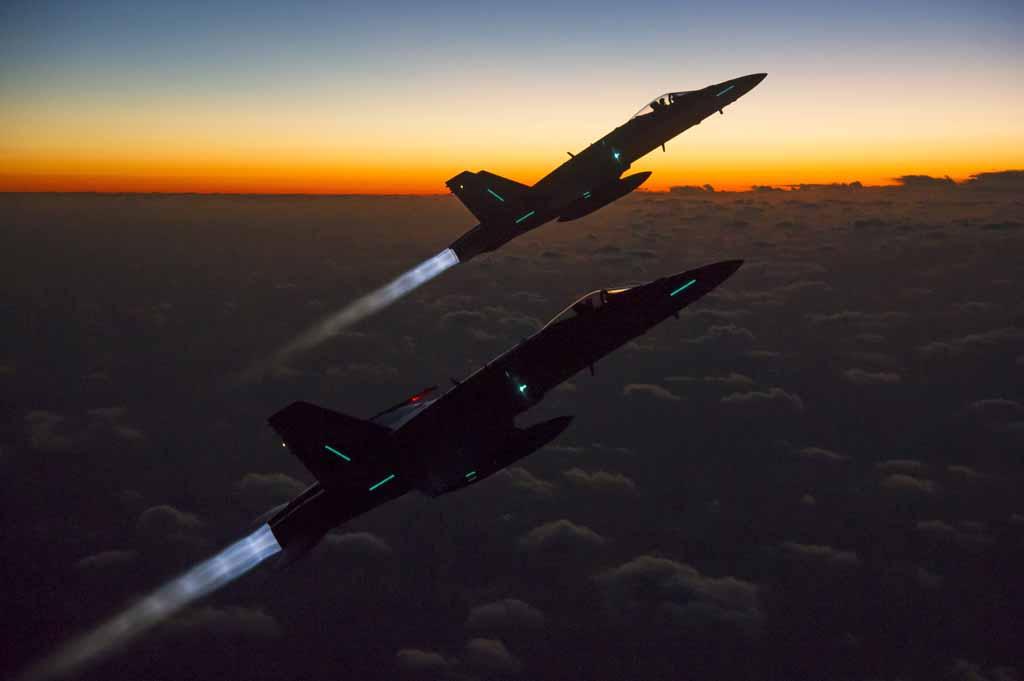 A pair of Swiss air force F/A-18C Hornets rocketing into an early evening winter sky over Switzerland. By Aldo Wicki. 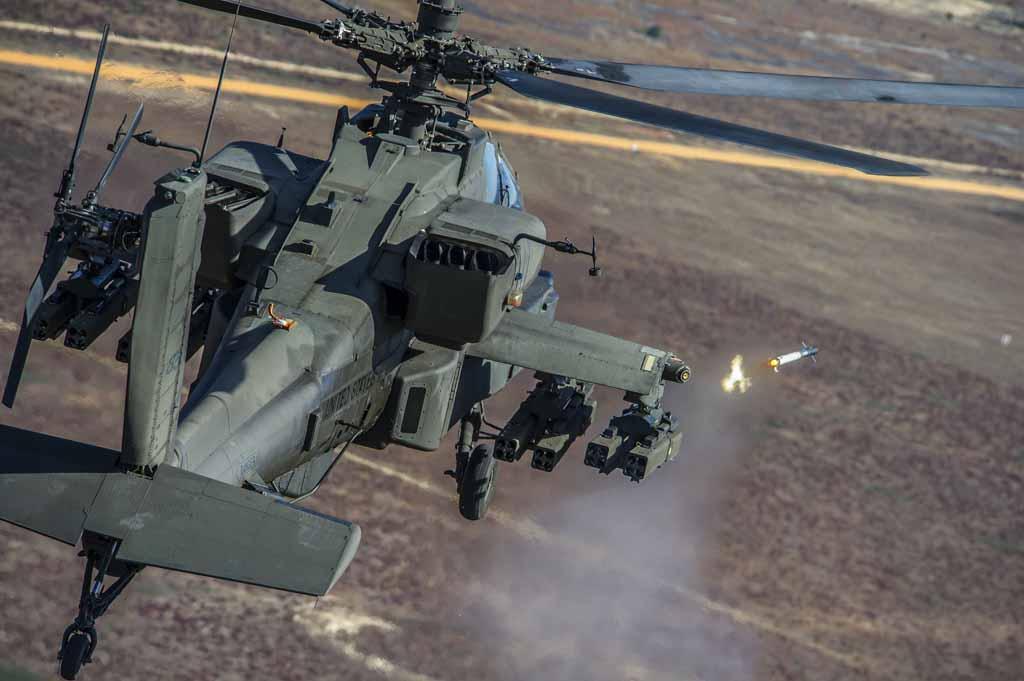 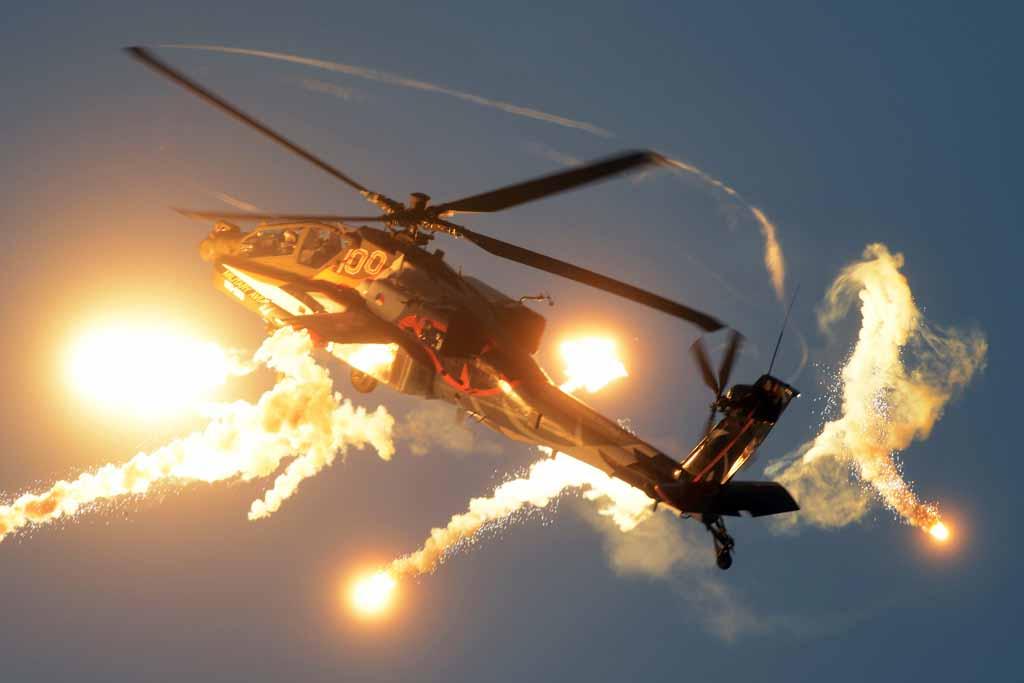 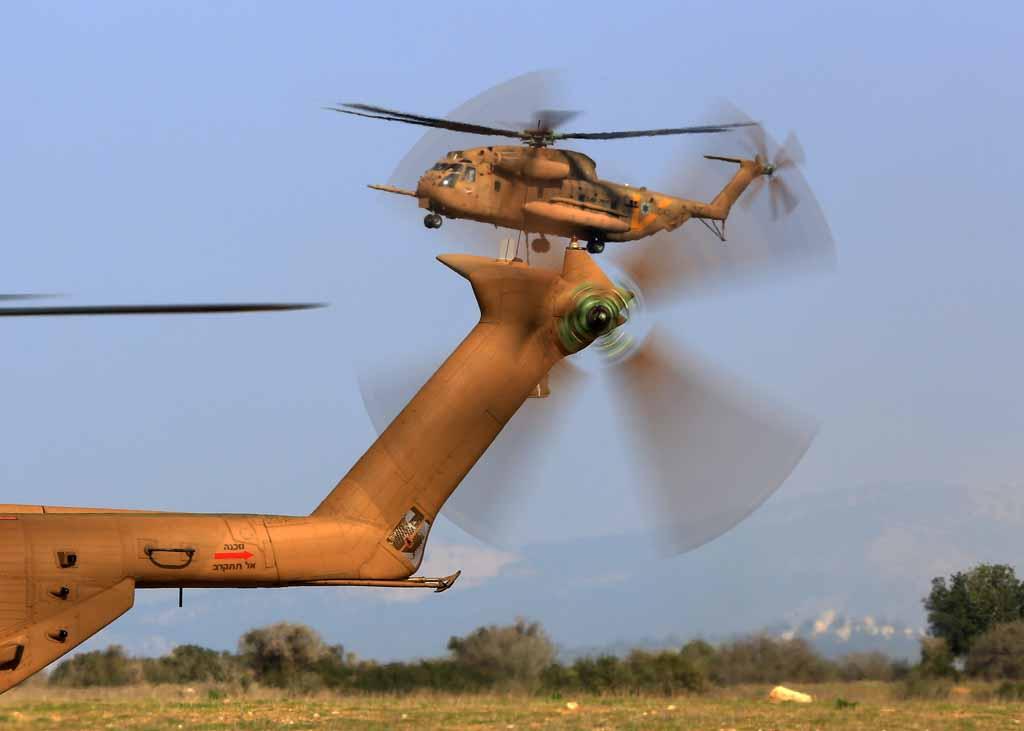 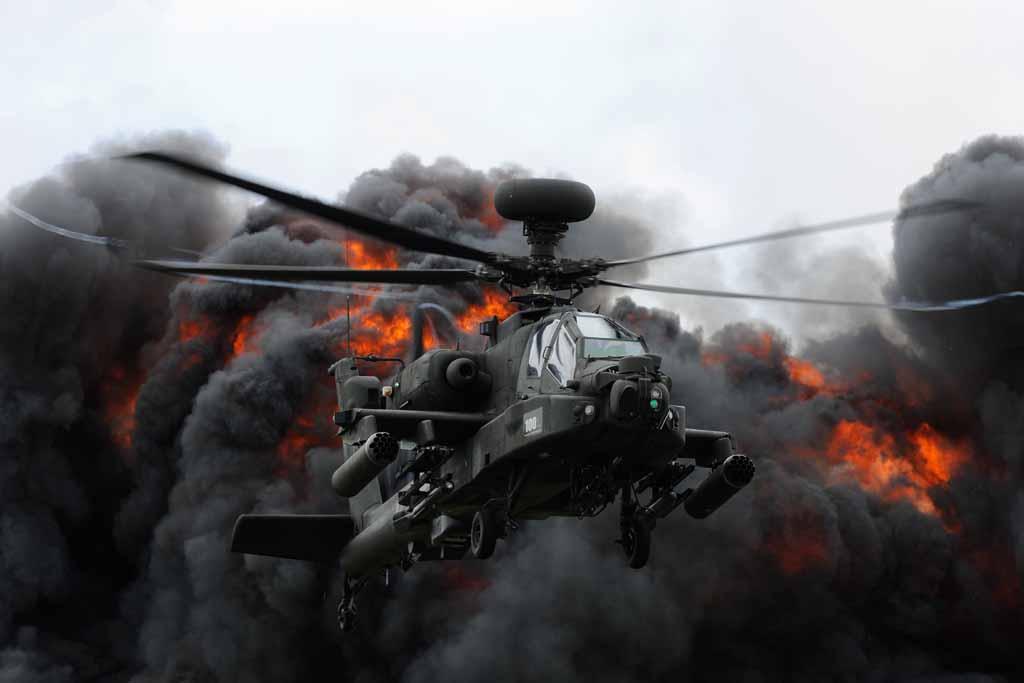 The black silhouette of an Apache AH-1 of the Army Air Corps playing with pyrotechnics during RIAT 2014 at Fairford. By Marcel Mivelaz. 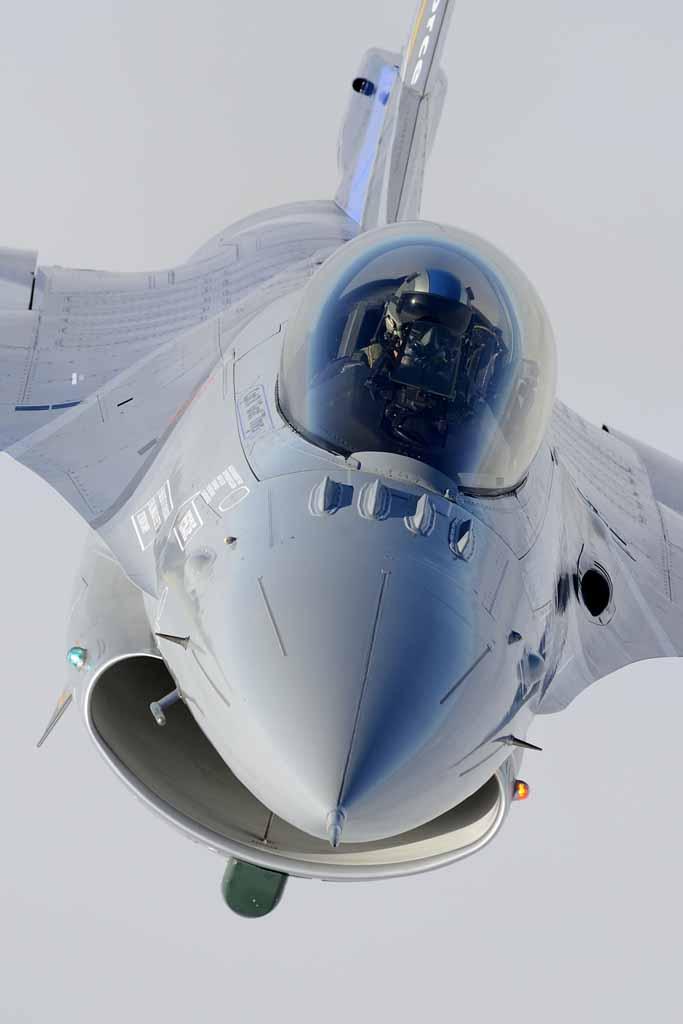 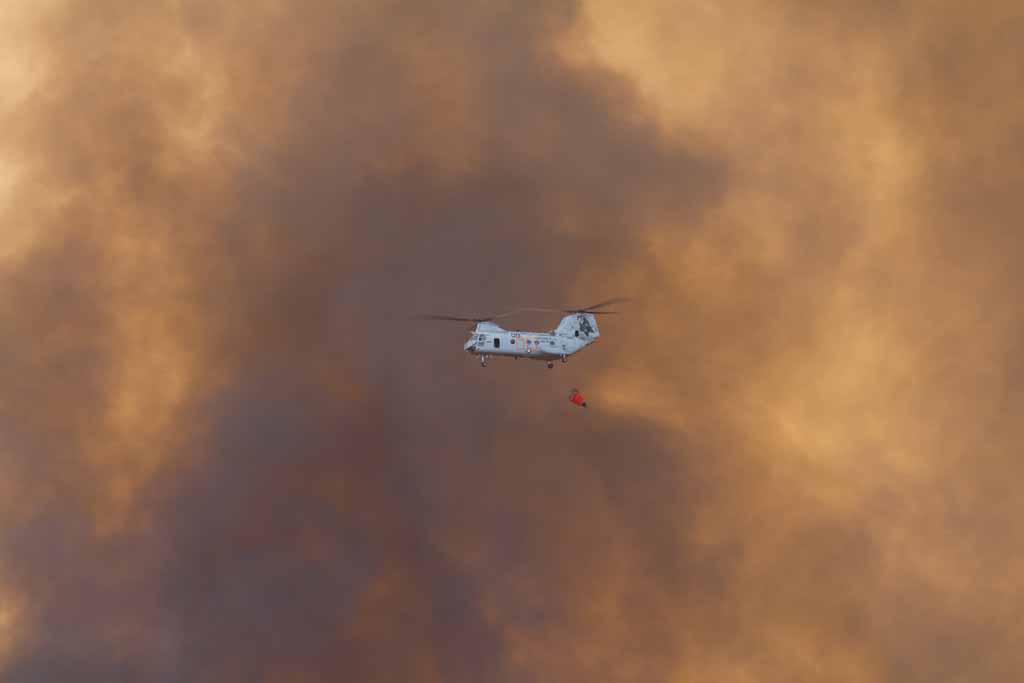 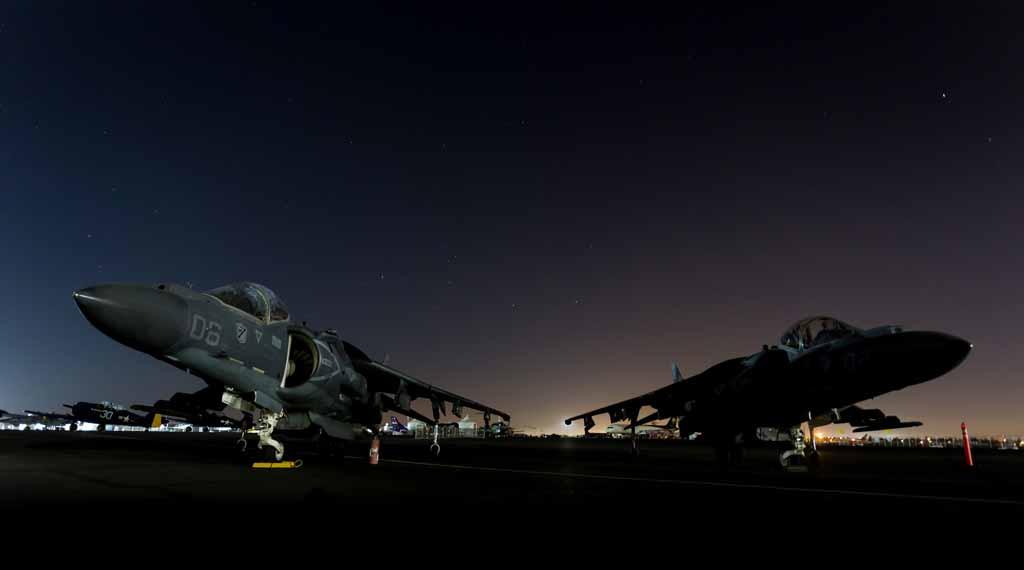 Two USMC Harriers stand as if to guard the night at the 2014 Sacramento California Capital Airshow. By Evan Peers. 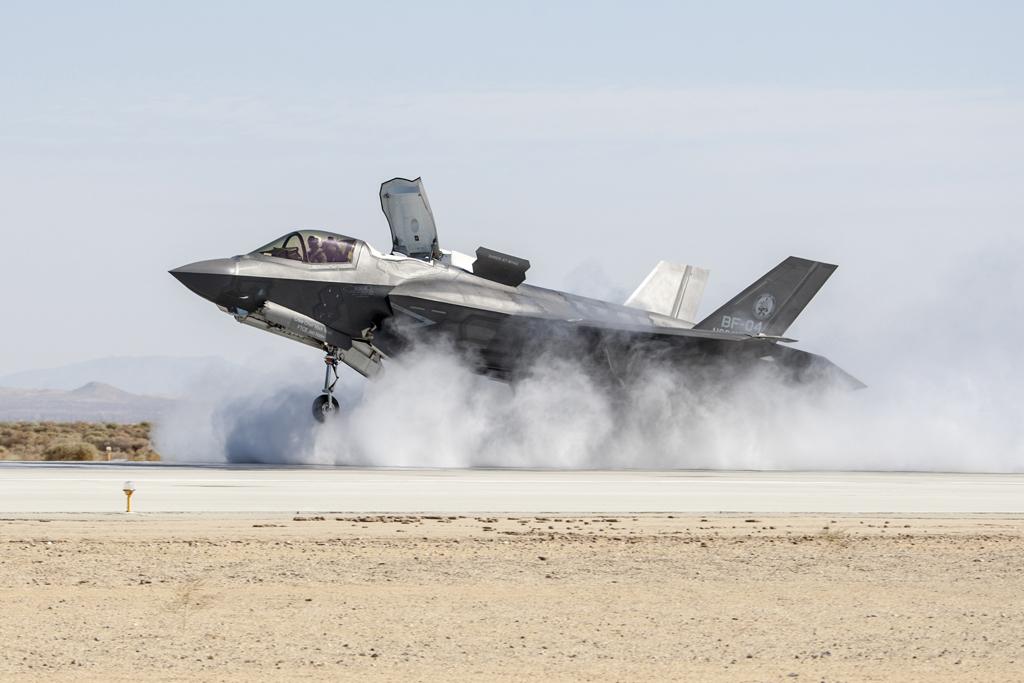 An F-35B, Aircraft BF-4, Performs a Mode 4, STOVL, Landing on a wet runway at Edwards AFB, Cal. By Darin Russell.