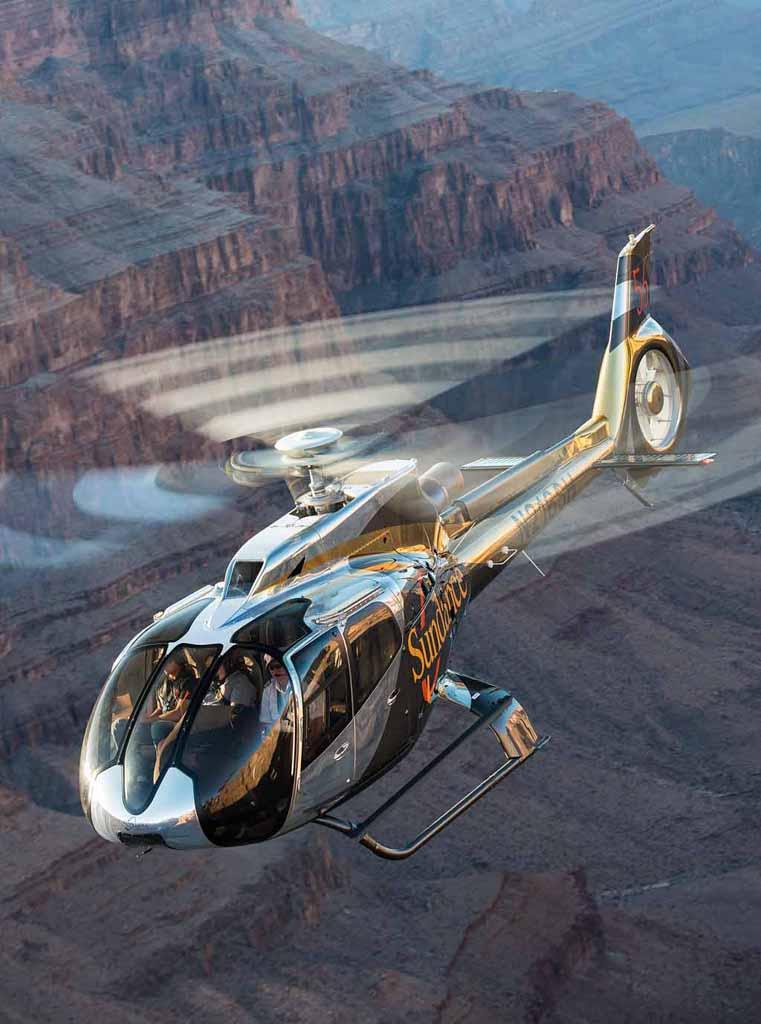 A unique two tone chrome finish is a striking accent to this EC130T2 operated by Sundance Helicopters at dawn in the Grand Canyon, AZ. By Dan Megna. 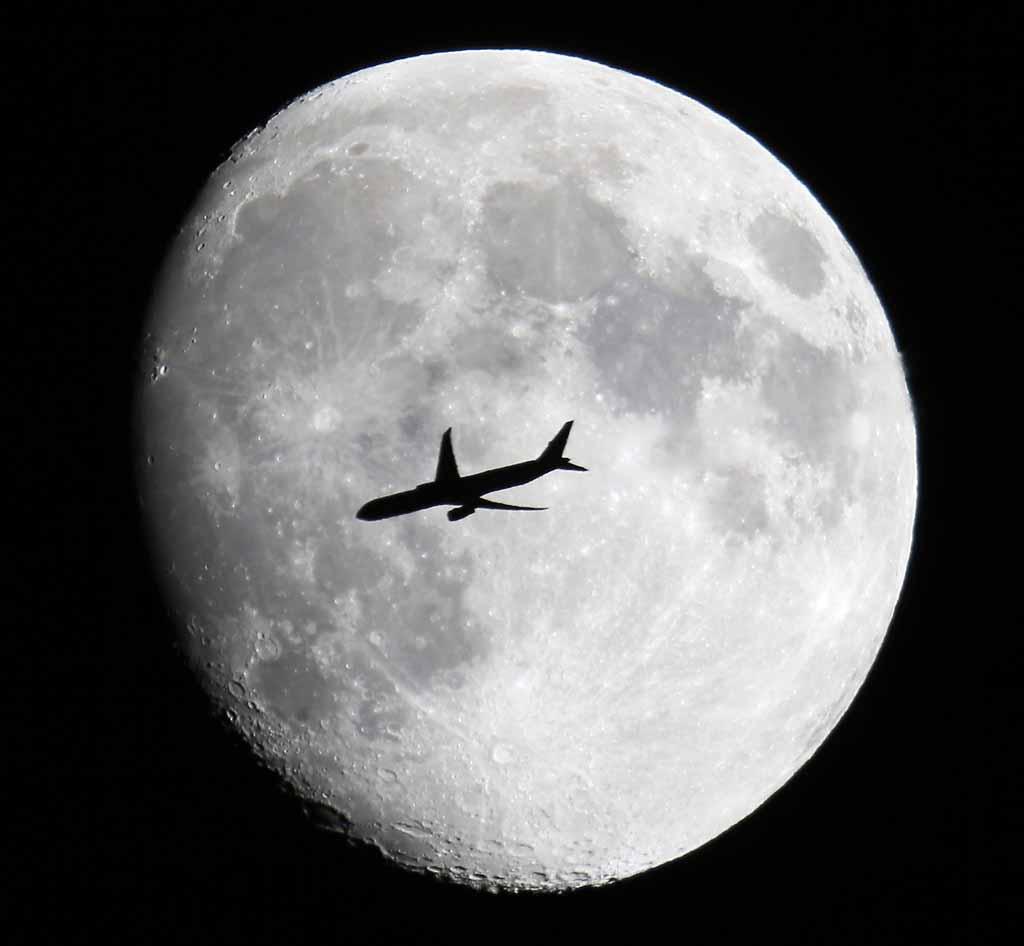 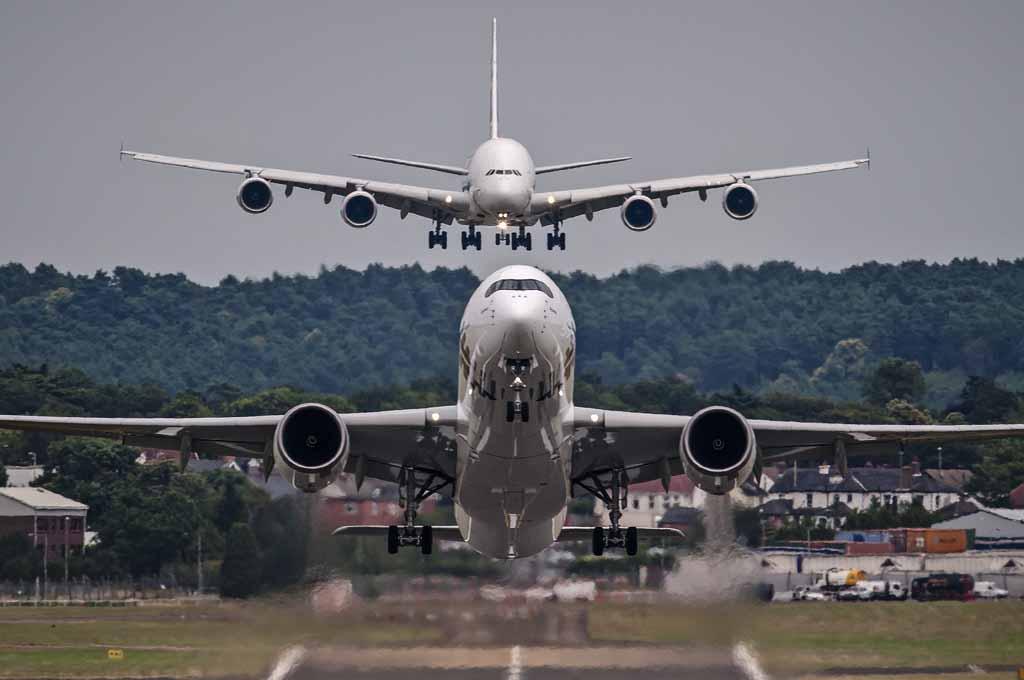 Airbus shows off its commercial prowess during a thrilling airliner display. By Rich Cooper. 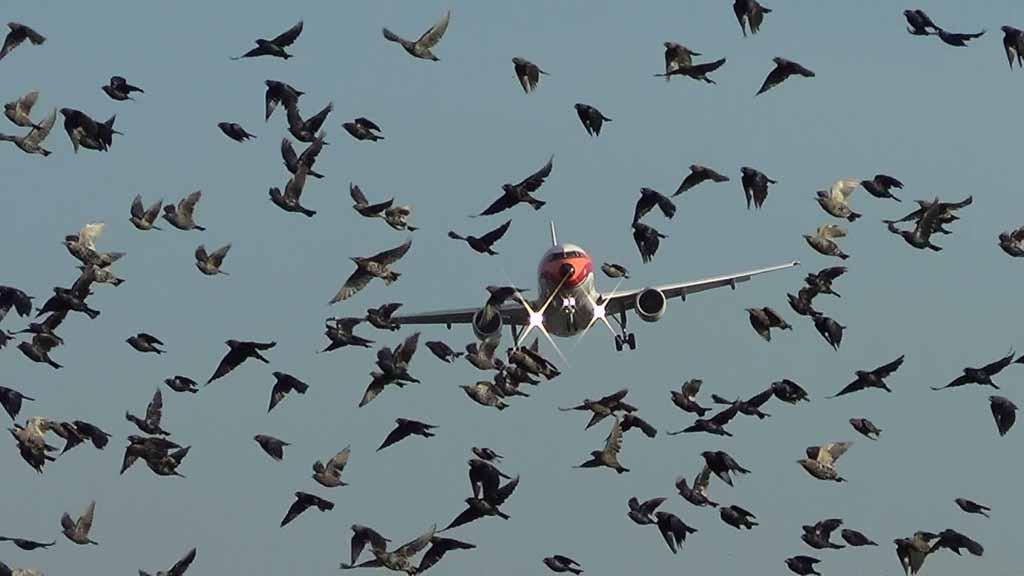 This US Airways/American Airlines A319 in retro PSA livery is on short final to Runway 19 with a flock of birds crossing in front. By Steven Bezman. 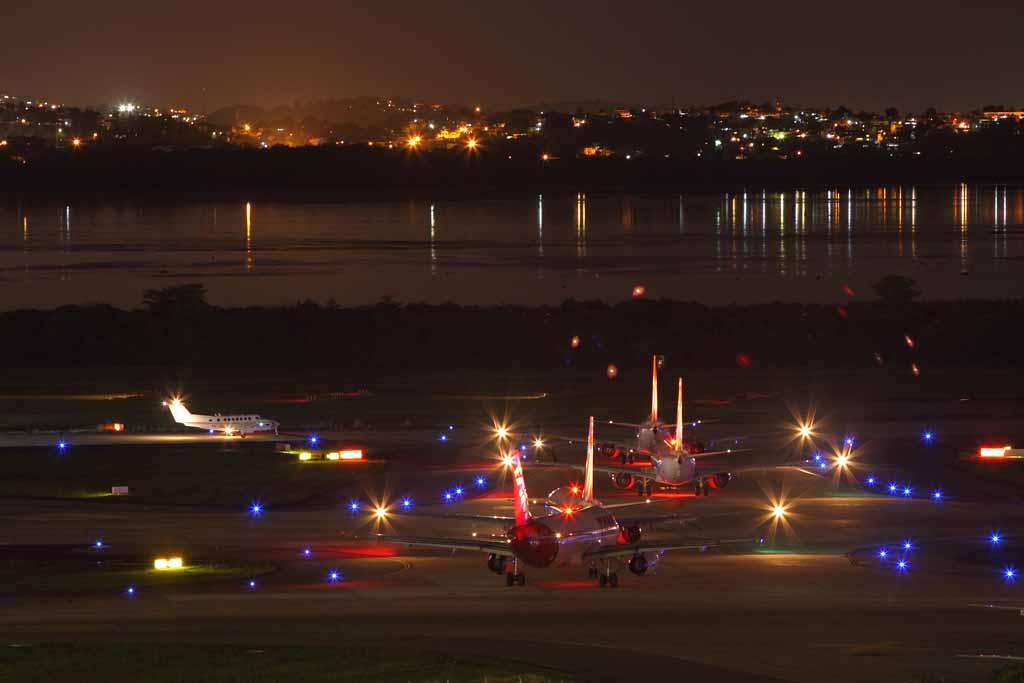 Queue for takeoff at the Rio de Janeiro airport. By Johnson Barros. 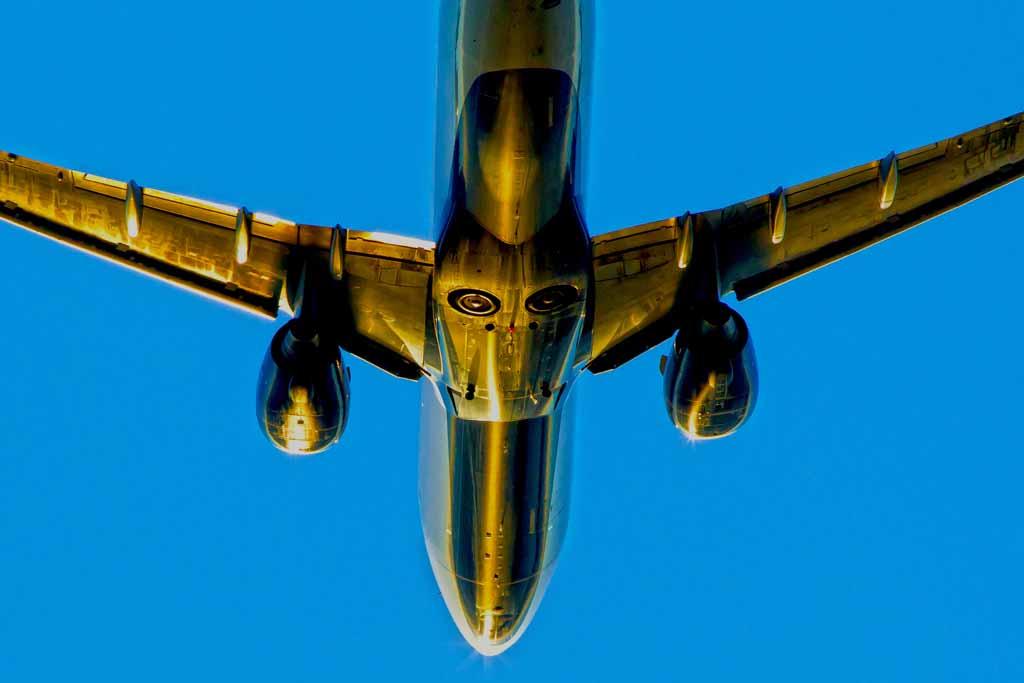 A line of slumbering airliners sit out in the sweltering Arizona heat during a sandstorm at the Marana Air Park in Marana, Arizona. March, 2014. By Richard Mallory Allnutt. 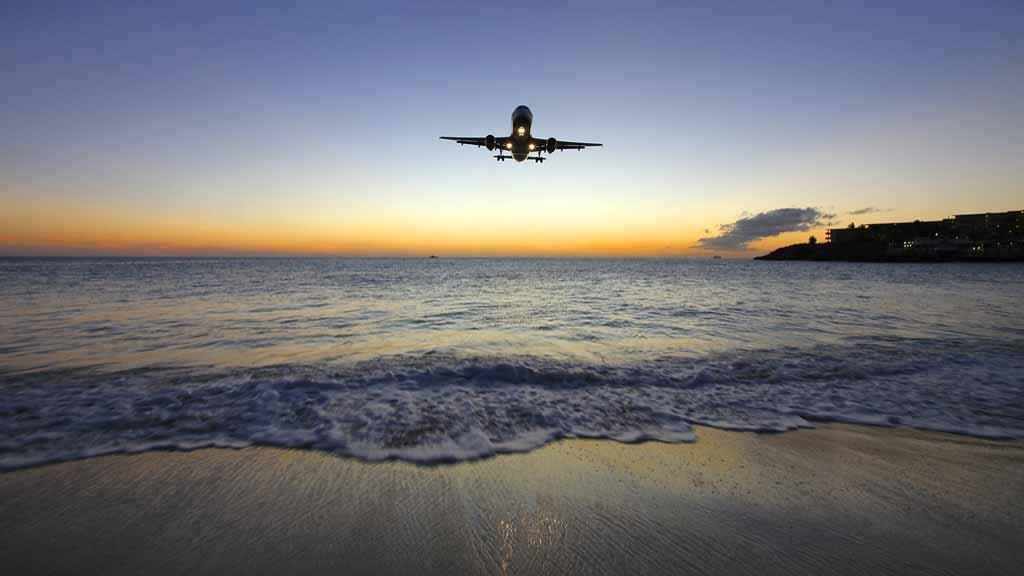 An Airbus A320 is on short final over Maho Beach, St. Maarten. By Tamas Kolos-Lakatos. 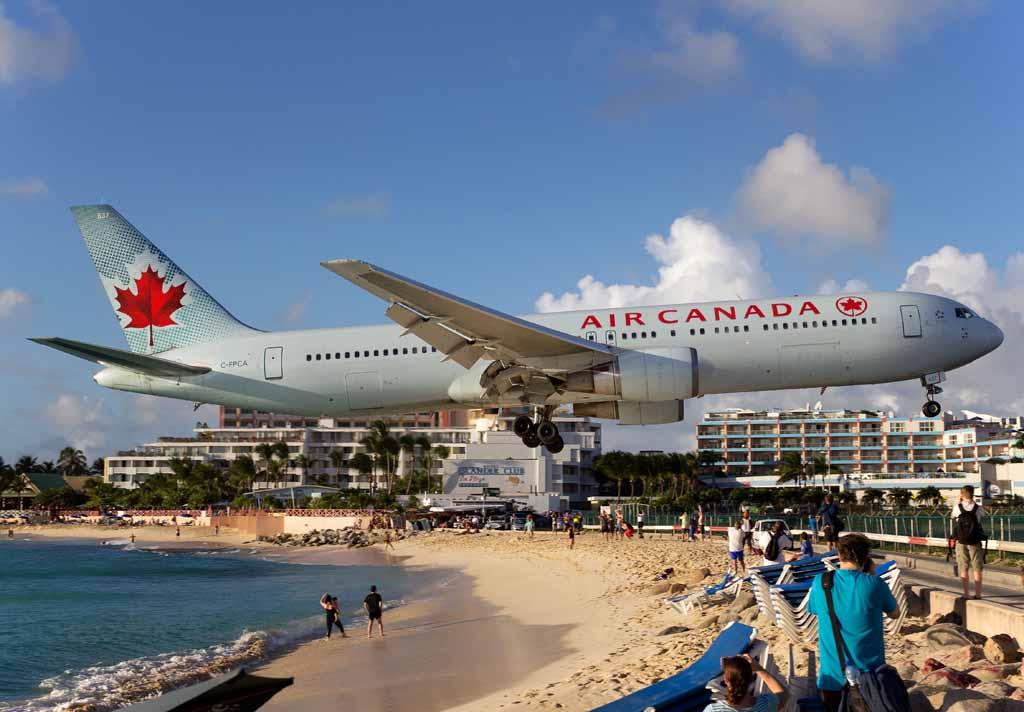 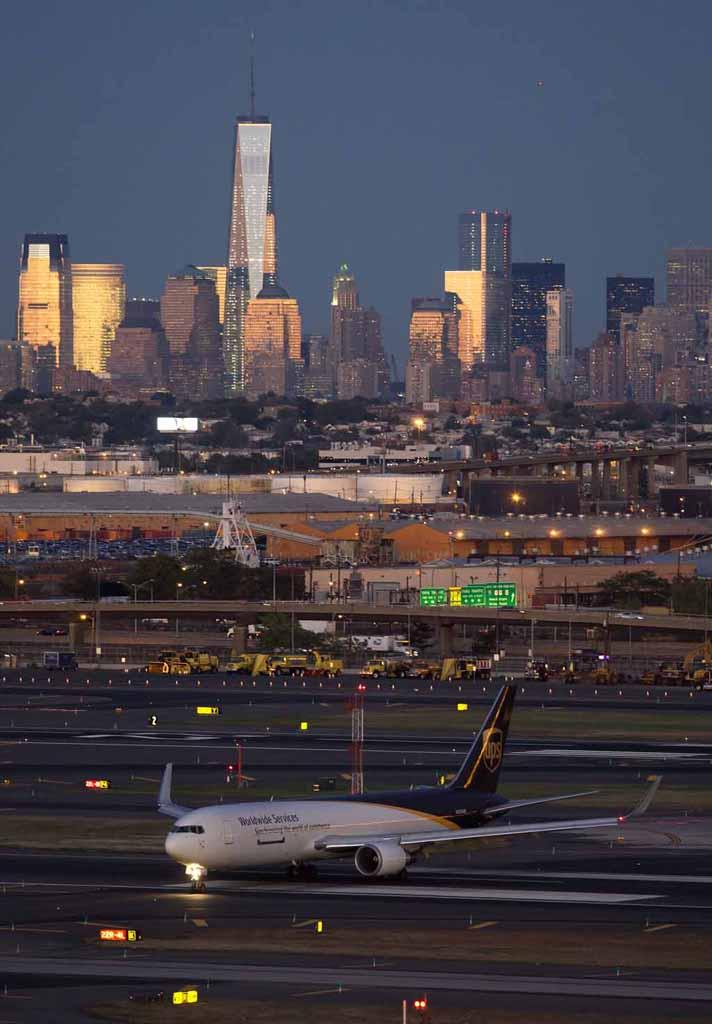 UPS 767-300 en route to the UPS ramp at Newark with the NYC skyline in the background. By Joe Pries. 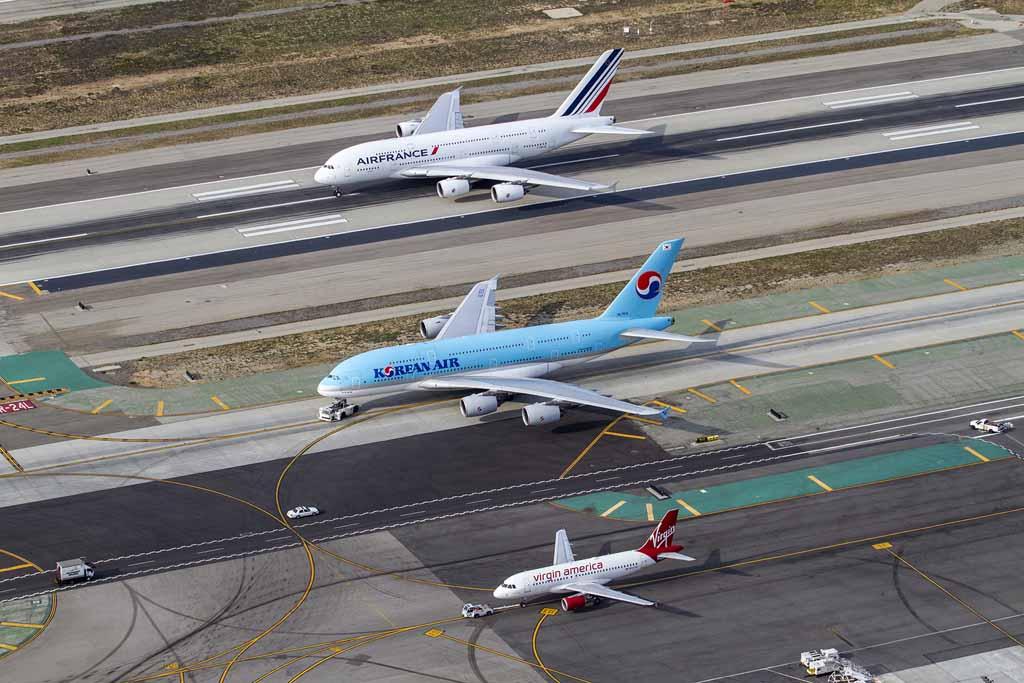 The smallest and the biggest in production Airbus at LAX. Virgin America A319 and a Korean A380 getting a tow, while another whale in Air France colors departs in the background. By Tamas Kolos-Lakatos. 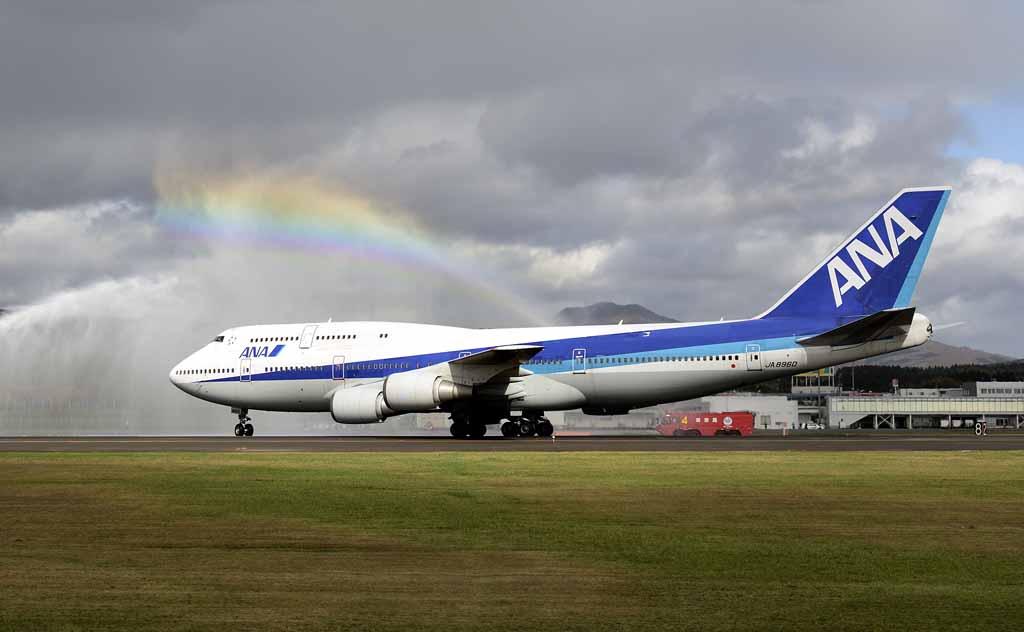 A rainbow welcomed the last flight of ANA B747-400 to Hakodate, Japan. By Ryohei Tsugami. 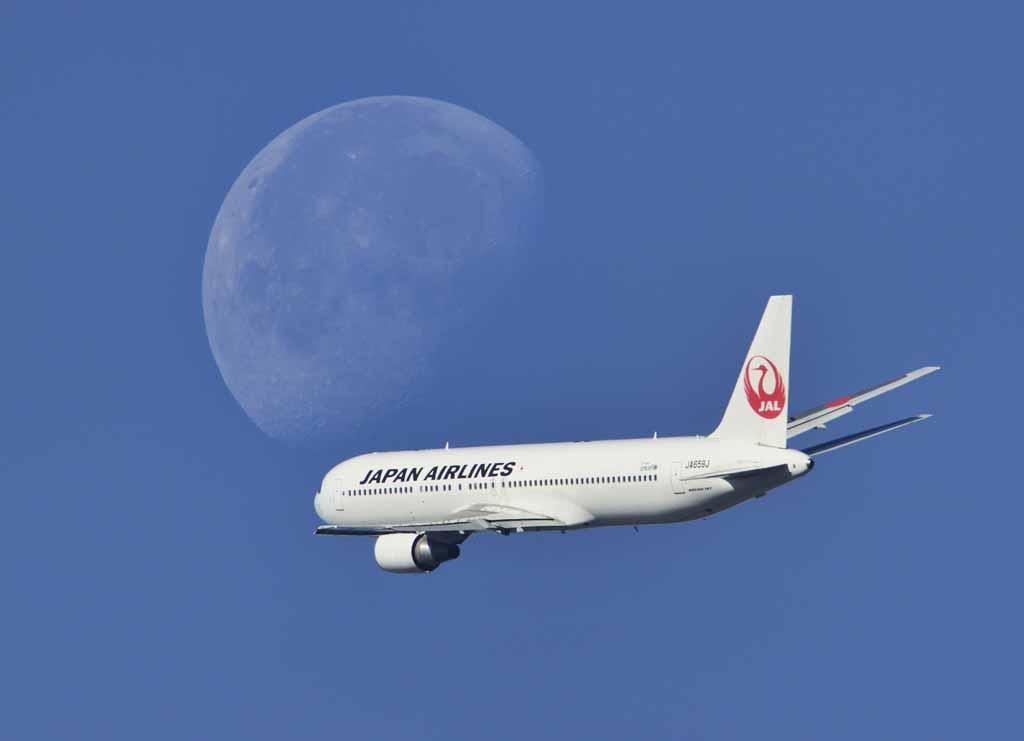 Flying into the Moon: JAL B767-300, Osaka-Itami Airport. By Ryohei Tsugami. 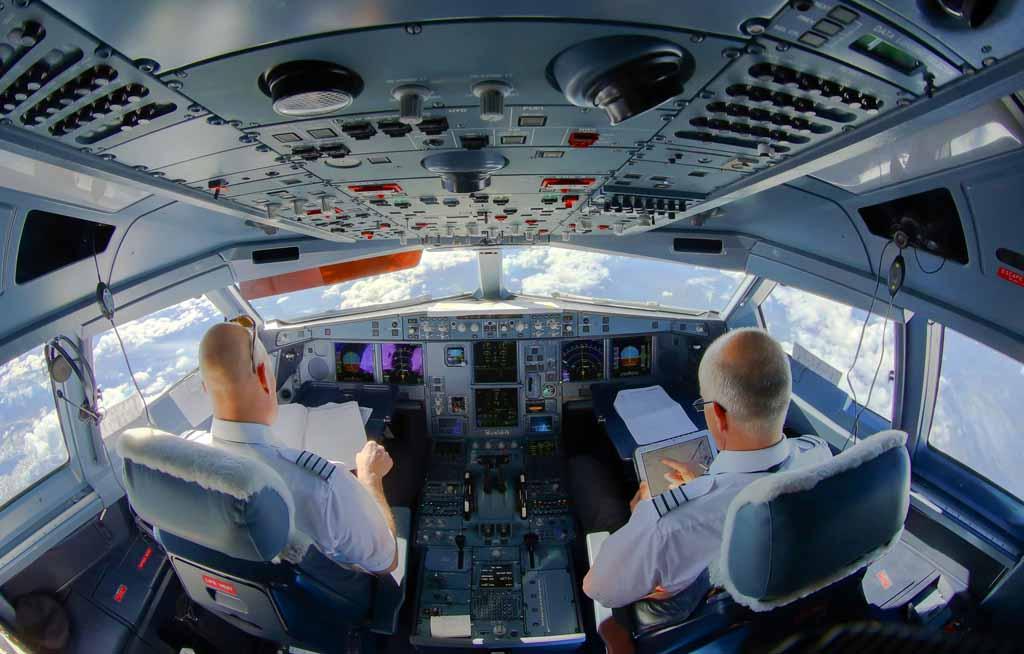 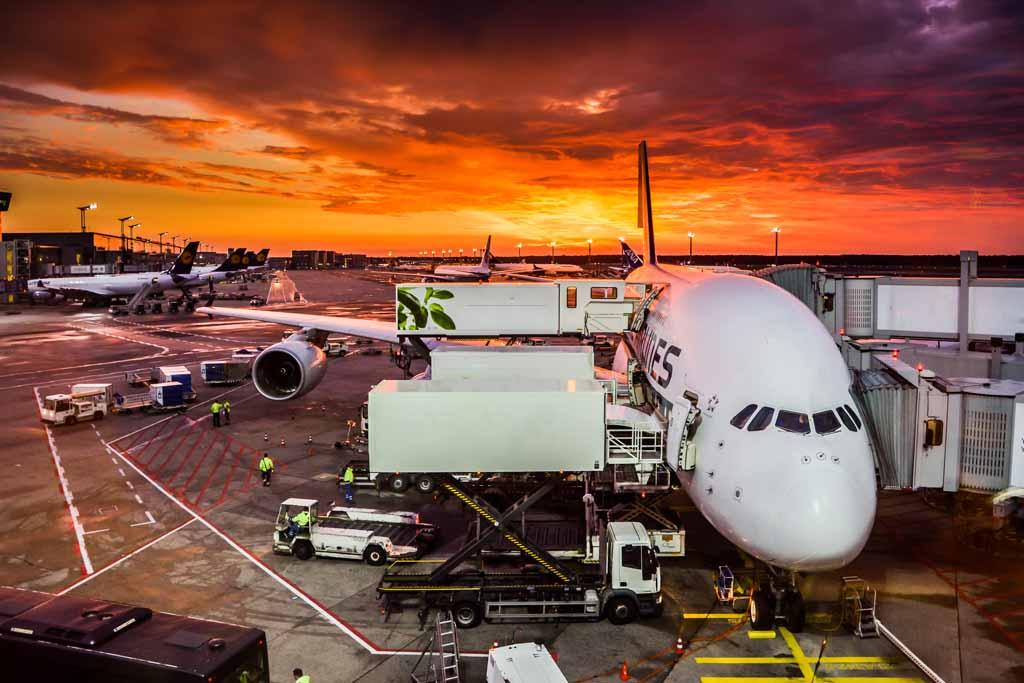 I arrived early one October morning at Frankfurt International Airport and was greeted by this fantastic view out the jetway window of the airport coming to life. By John Murphy. 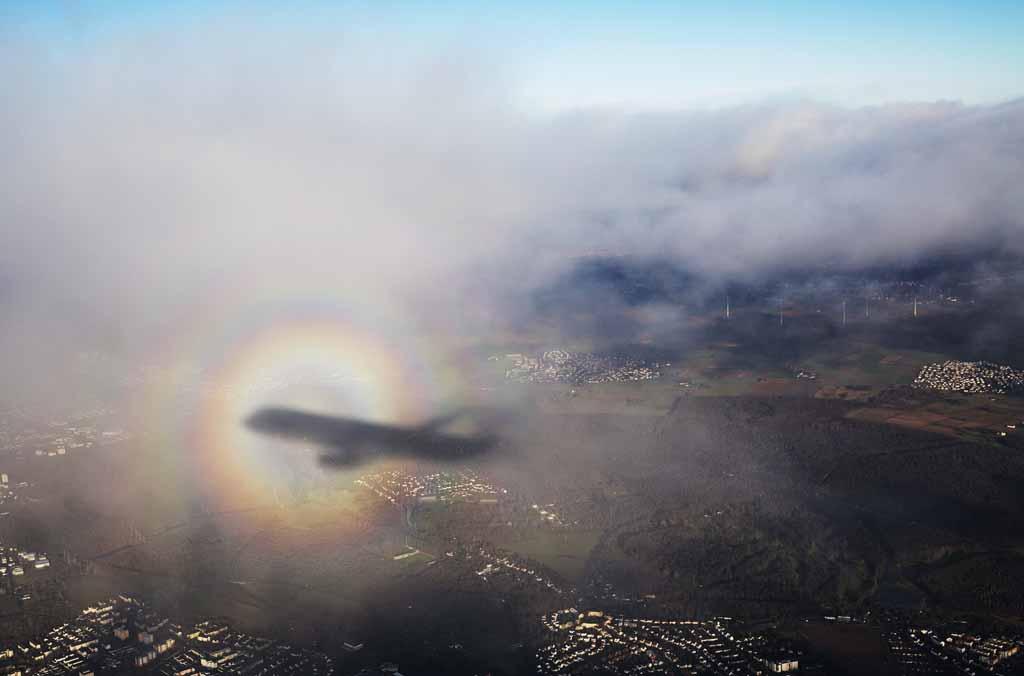 The Prism: Lufthansa Airbus 321 on final approach to Frankfurt, Germany. By Doron Talmi. 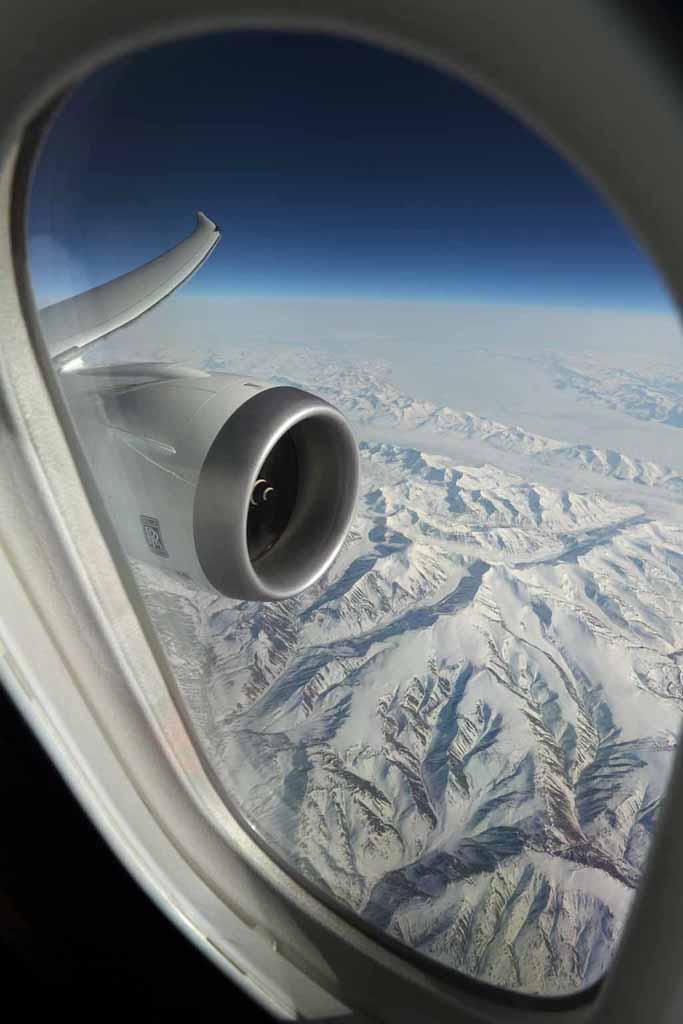 Desolate mountain landscapes of Greenland as seen from the large picturesque windows of Norwegian's Boeing 787 Dreamliner. By Ben Wang. 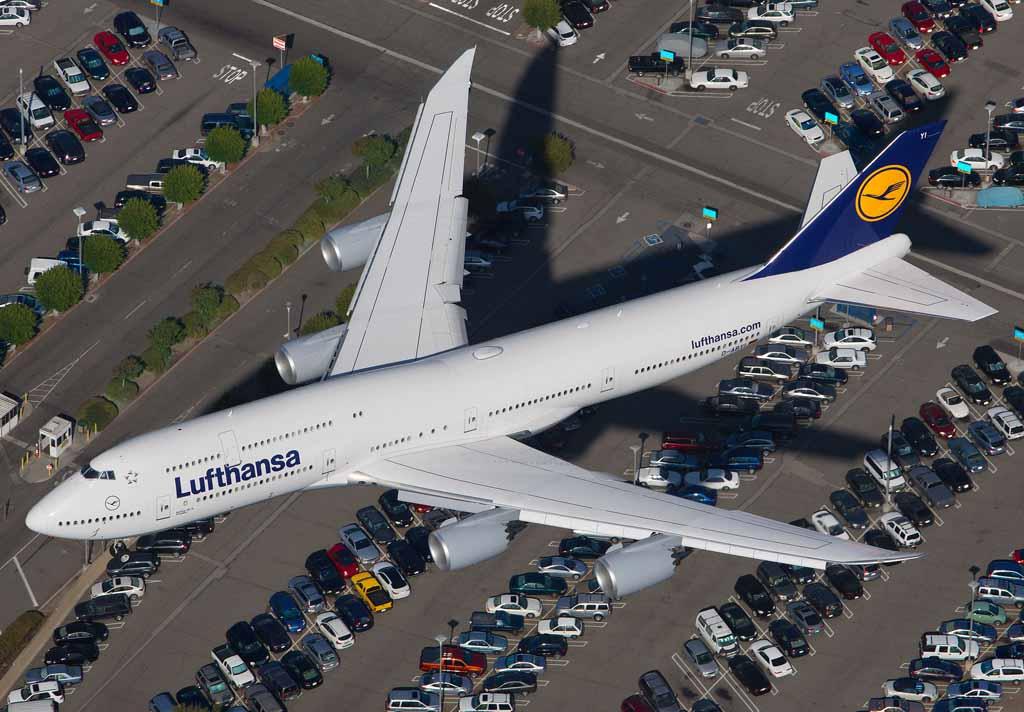 Lufthansa 747-8 on final approach to LAX runway 24R is seen over one of the long term parking lots. By Joe Pries. 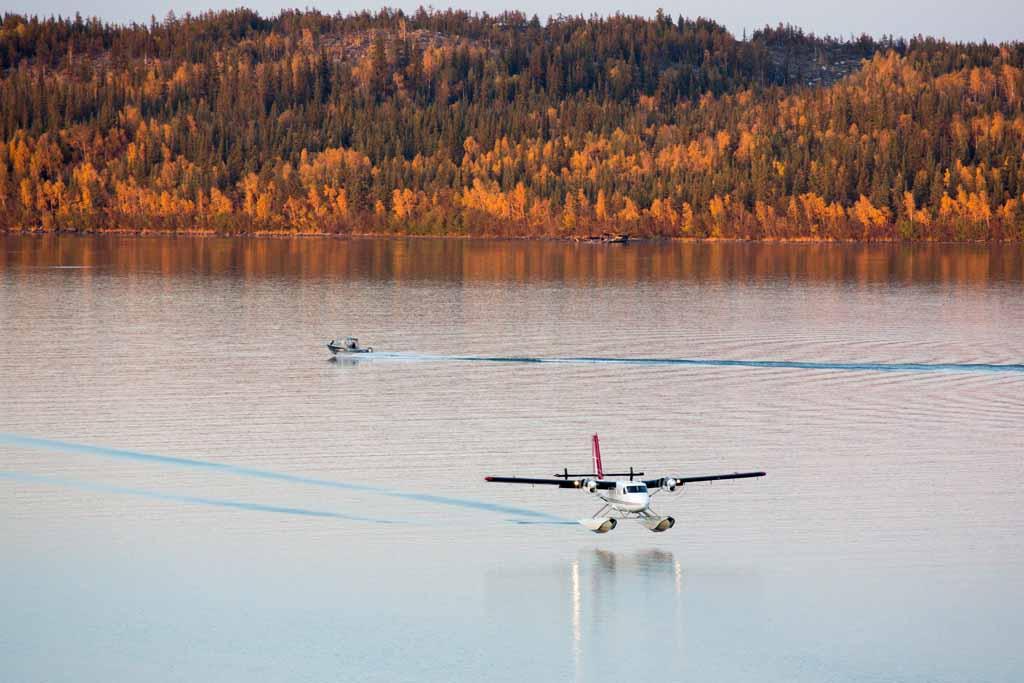 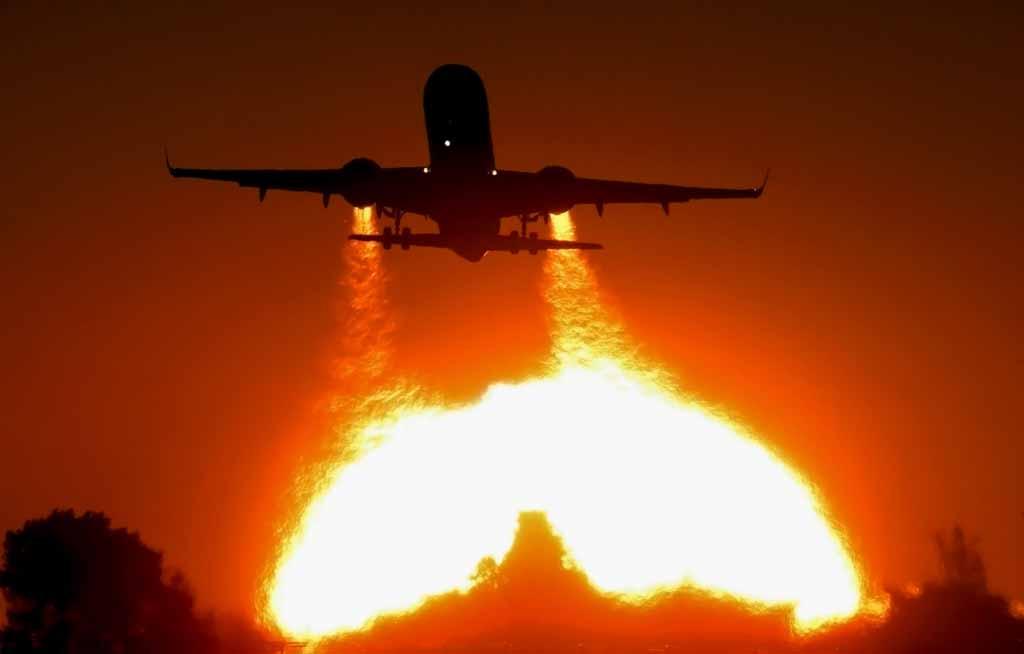 The exhaust off a departing jet's engines are accentuated in the morning sunrise at Boston's Logan International Airport. By Mark Garfinkel. 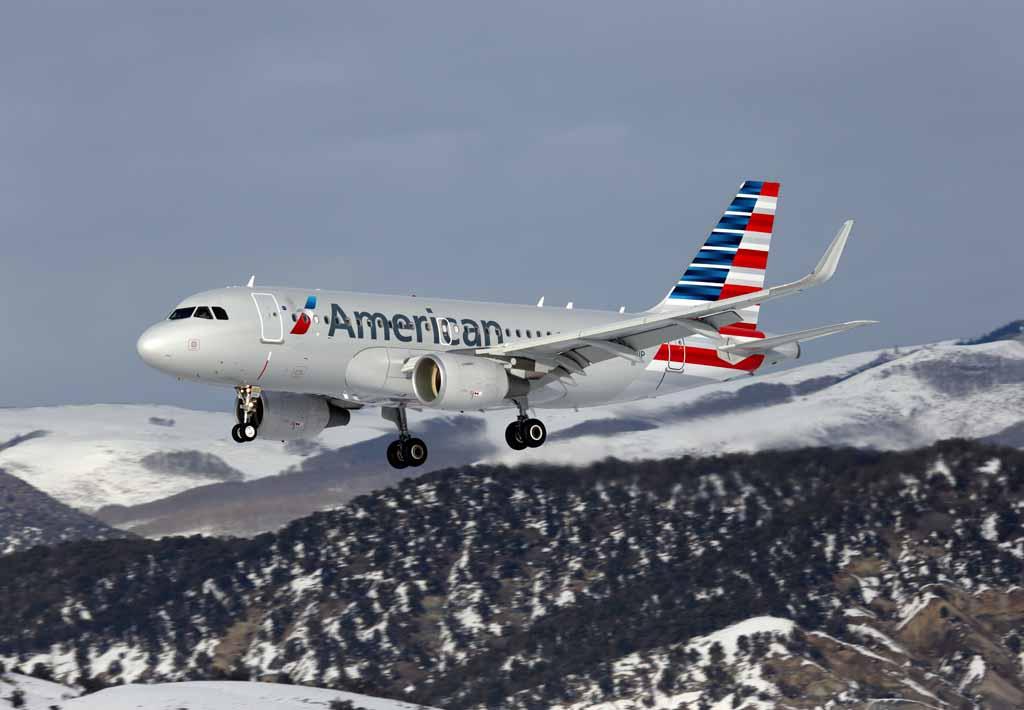 New American Airbus A319 brings some colors and excitement to an otherwise dreary day at Eagle County/Vail (EGE). By Ben Wang.

See a selection of commercial aviation entries from our annual Photo Contest. Click through to our 2014 Photo Contest page to see the winning photographs, the photographers who took them, who the judges were and more galleries like this one.