Bill was Editor-in-Chief of Business & Commercial Aviation from 2000 to 2020. During his stewardship, the monthly magazine received scores of awards for editorial excellence.

Previously, Bill served as Managing Editor of Aviation Week Television. He was the top editor for both Flying and Professional Pilot magazines, as well as a member of the senior editorial staff at Reader's Digest. He also managed communications for FlightSafety International.

Bill has authored or co-authored three aviation books, was an essayist for National Public Radio, wrote aviation documentaries for The Discovery Channel and has written for numerous publications including The New York Times, Smithsonian Air & Space, Popular Mechanics and The Associated Press, among others.

The Brothers Bellum By James Albright

By William Garvey Jan 26, 2022
For those curious about the in-flight responsibilities, challenges, concerns and dire confusions confronting B-52 flight crews in combat, The Brothers Bellum by James Albright puts you in one of the eight-engine bomber’s ejection seats – most often that of the Electronic Warfare officer.
Aircraft & Propulsion

By William Garvey Jan 05, 2022
Many ag operators initially viewed ag “drones” as threats but now see them as complementary rather than competitive.
Aircraft & Propulsion 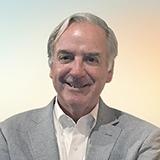