Victoria began her aviation career in 1997, working in airline ground operations in the UK and Belgium for British Midland International. She returned to the UK in late 2001 and took on the role of operations analyst for Bombardier Flexjet Europe, gaining experience in the business aviation sector.

In 2003, she joined Reed Business Information as an aviation journalist for its Flightglobal titles. After six years writing for newswire Air Transport Intelligence, Victoria became Features Editor of Airline Business magazine in spring 2009.

Most recently Victoria was General Manager Communications for the Association of European Airlines (AEA), an industry body which represents the interests of 34 major European network carriers. In this role, she was responsible for directing the association’s media relations strategy.

Victoria holds an Air Transport MSc from Cranfield University and a business degree from The University of Derby.

By Victoria Moores Jan 27, 2023
Thomas Reynaert, the founding MD of lobby group Airlines for Europe, is moving on to IBM.
Airlines & Lessors

Podcast: What’s Ahead For European Carriers? 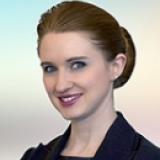