Steve Costley is responsible for the production of SpeedNews.

Steve has over 30 years of experience with SpeedNews, now part of the Aviation Week Network. He joined the company in August 1989 as an Associate Editor and was named Managing Editor in 1994. He was also named Vice President and Chief Operating Officer of SpeedNews, Inc., in the late 1990s, and held those titles until Prism Business Media acquired the company from Gil Speed in 2006.

Steve has participated in many air shows, including Paris, Farnborough, Singapore and Dubai, and has attended other numerous industry conferences and conventions, such as ISTAT, Aircraft Interiors Expo, MRO, ACPC, RAA, NBAA, and of course the SpeedNews’ Suppliers Conferences. He has appeared on CNBC as an aviation analyst, and has been quoted in various newspapers, including the Los Angeles Times.

Steve holds a Bachelor of Arts degree in Journalism from California State University at Northridge. He is a member of the International Society of Transport Aircraft Traders (ISTAT), and has competed in several local, state and national amateur golf tournaments, including the United States Amateur Championship. 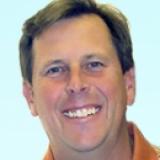